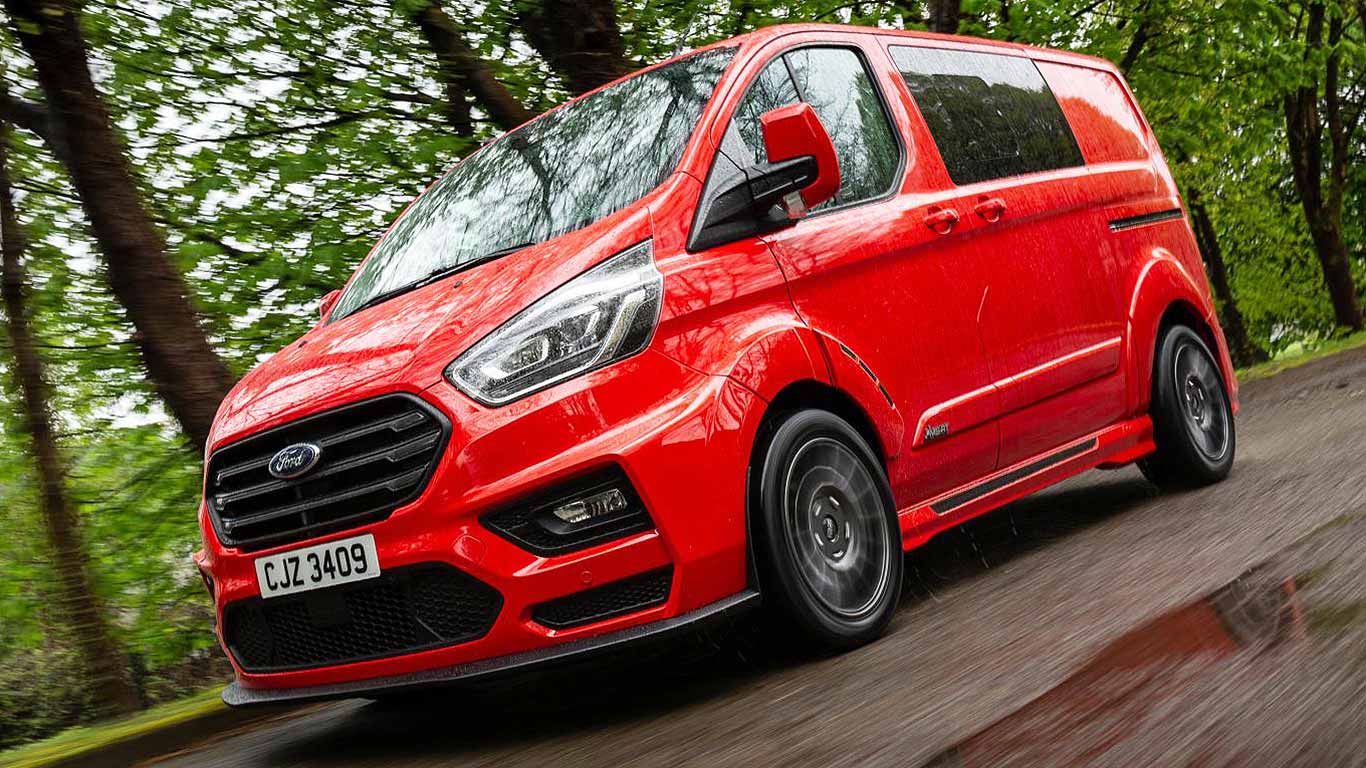 Builders and delivery van drivers, the Ford Focus RS you’ve long dreamt of may have now gone out of production, but the blue oval is now offering you the opportunity to go one better – with your very own MS-RT Transit Custom ‘RS van’! On sale this spring, prices start from £32,995 (plus VAT).

Developed by Ford’s WRC partner, the M-Sport Ford Works Rally Team, the new MS-RT has been honed with a series of technology and aerodynamic upgrades that are, quite literally, inspired by motorsport.

It’s even hand-built here in Britain, at the MS-RT factory in Pontypool, South Wales. 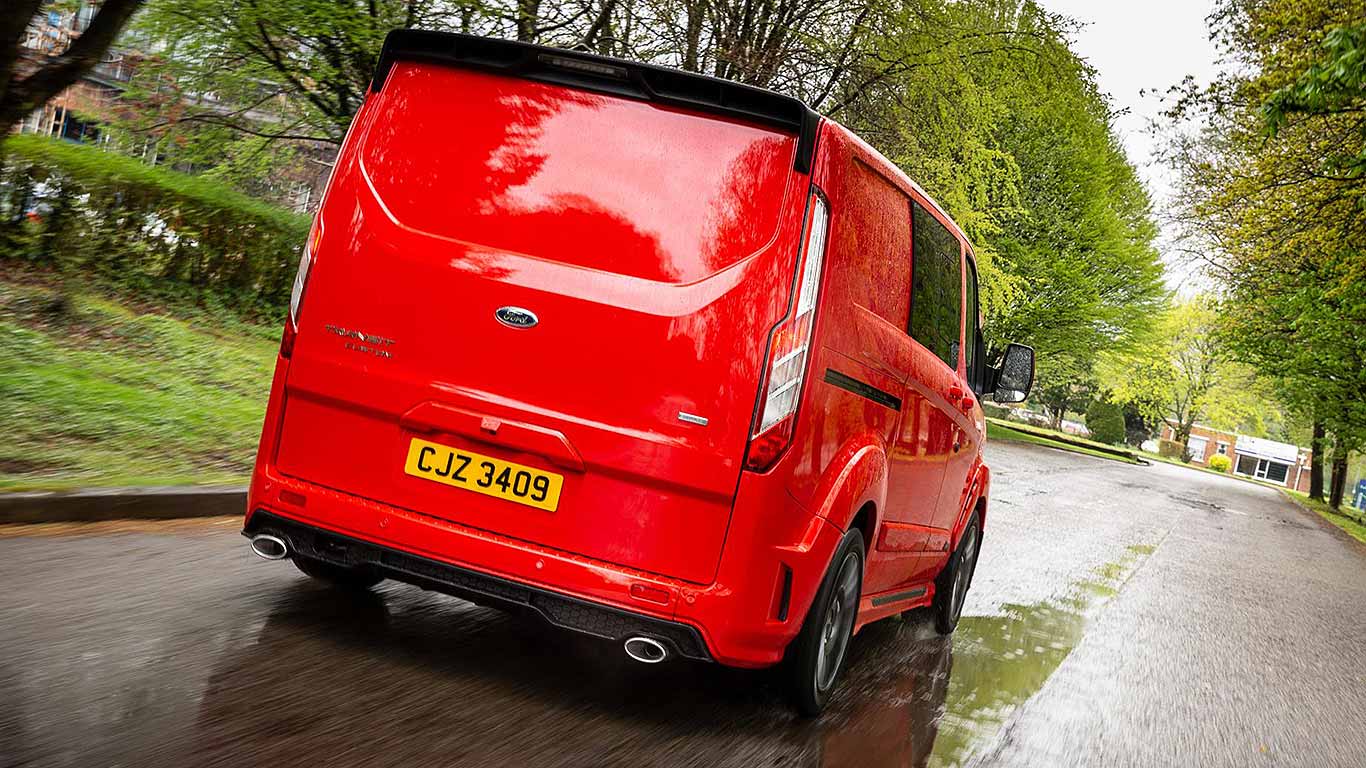 “The new MS-RT Transit Custom takes an already excellent van and turns it into something really special, which owners are bound to cherish, and which businesses will use to make their brands really stand out.

“We’re extremely excited about the launch of the new Custom and what it means for MS-RT, as well as our many loyal customers. In addition, it’s also great news for the British economy, as every single vehicle is hand-finished in our factory in Pontypool, South Wales.

So what’s changed over the regular (and itself very able) Transit Custom? For starters, there’s a bespoke set of 18-inch OZ Racing alloys, finished in Anthracite. Eibach performance lowering springs have been added on, which give it a hotter stance without, says MS-RT, affecting the payload capacity.

Technicians have then fitted a full-fat bodykit: all-new front bumper and grille with built-in fog lights, front diffuser, rear diffuser, rear spoiler and a set of wide wheelarch extensions and side sill extensions to join it all up.

Inside, hand-made, nappa leather and Alcantara-trimmed MS-RT sports seats and steering wheel feature, as does an array of carbon fibre inserts and more MS-RT branding for the floor mats and even the dials.

And unlike the Ford Focus RS, it’s not one size fits all. Indeed, the MS-RT Transit Custom is offered in panel van or double cab guise, in regular or long-wheelbase form, and the 170hp 2.0-litre Ecoblue diesel engine can be paired with either a six-speed manual or six-speed automatic. Van fans, take your pick from this little lot…