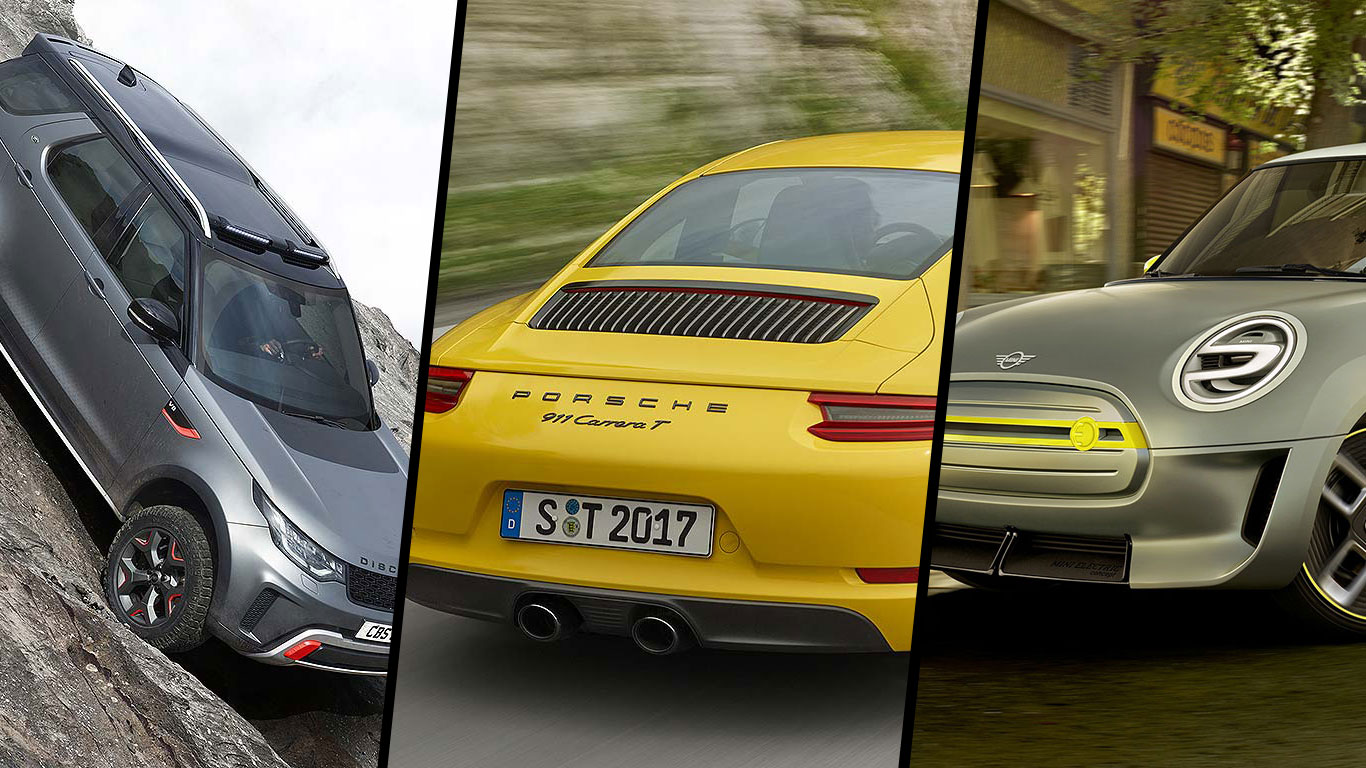 The last big motor show of the year is always LA. Automotive chiefs are taking a break from the winter chill and enjoying a few days of sunshine at the annual feel-good event. It always has an end-of-term feel to it, but also serves as a great warm-up for the new cars that will start the year ahead with a bang. Read on to see what we already know will be there in 2018… 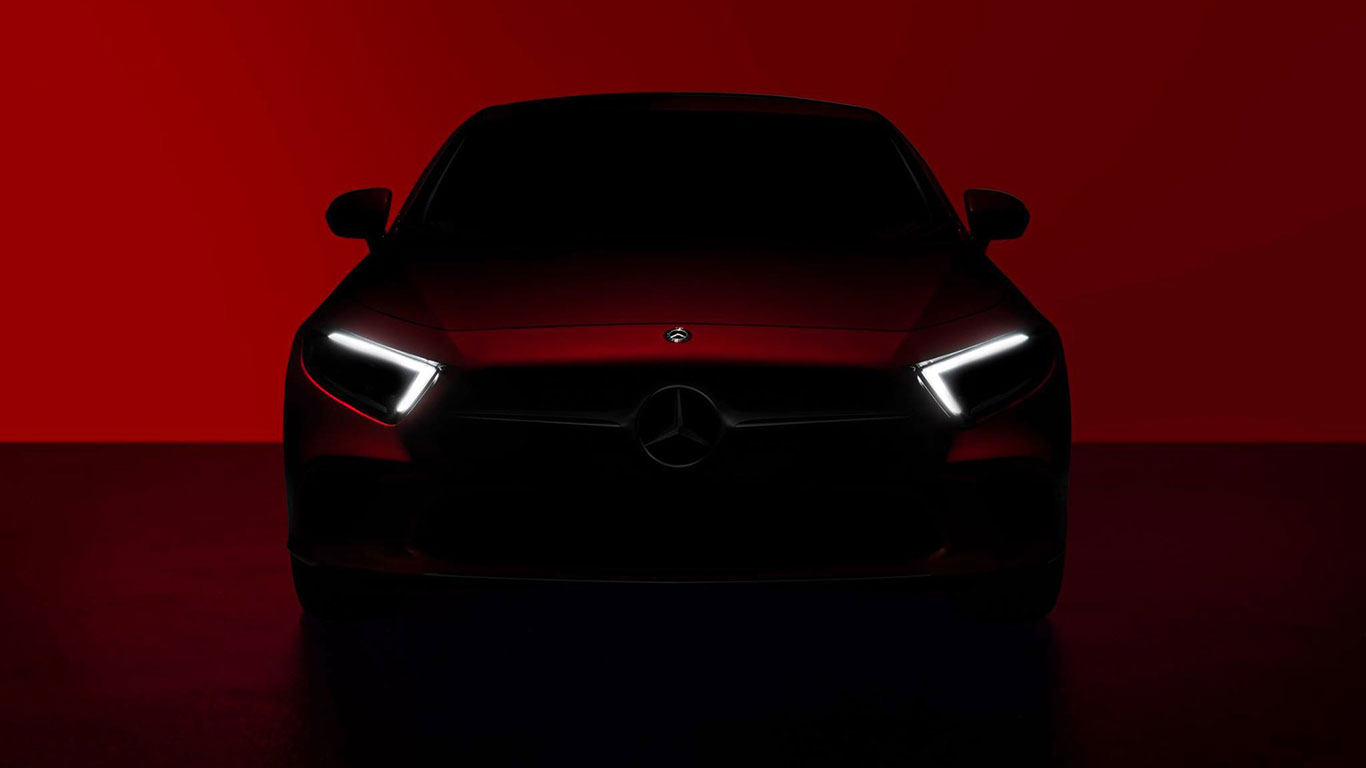 Mercedes-Benz invented the modern four-door coupe segment back in 2003 with the CLS. After the slightly humdrum current car sapped some of the excitement of the original, the firm is set to take LA by storm with an all-new third-generation CLS. Using plenty of tech from the E-Class again, we hope the styling has rediscovered the elegance of the original, although we’re happy to bet the drive is going to impress. With a welter of autonomous tech, it could be the CLS back to its best. 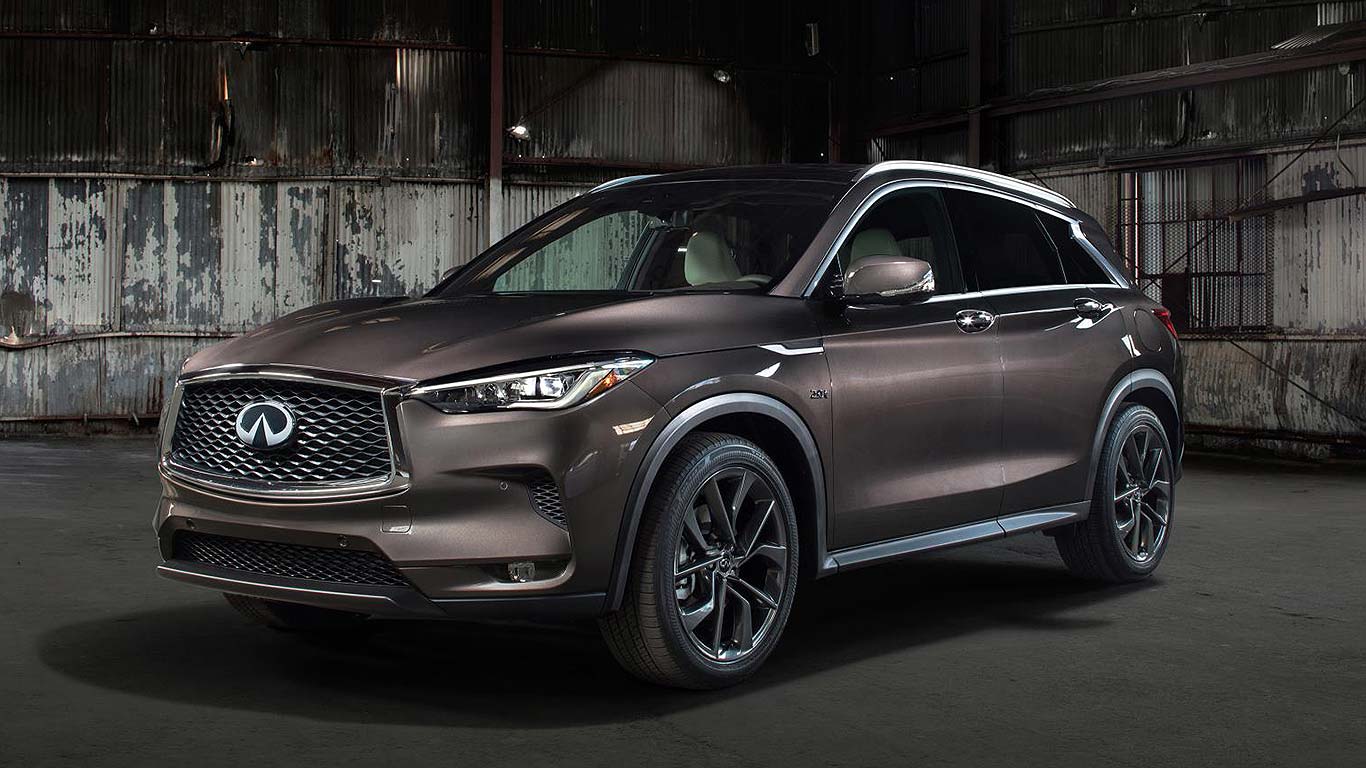 The Infiniti QX50 could not be more market-perfect. It’s as spot-on a replacement to its predecessor as the old one was wholly ignorable. Because not only does it look pretty, it also has a brilliant new engine, and we don’t use the adjective ‘brilliant’ lightly. Called VC-Turbo, this is a variable compression unit that can become bigger or smaller, as the needed arises. No engine on sale before has been able to do this. The QX50 looks smart but could also, quietly, be the single most significant new car revealed at LA 2017. 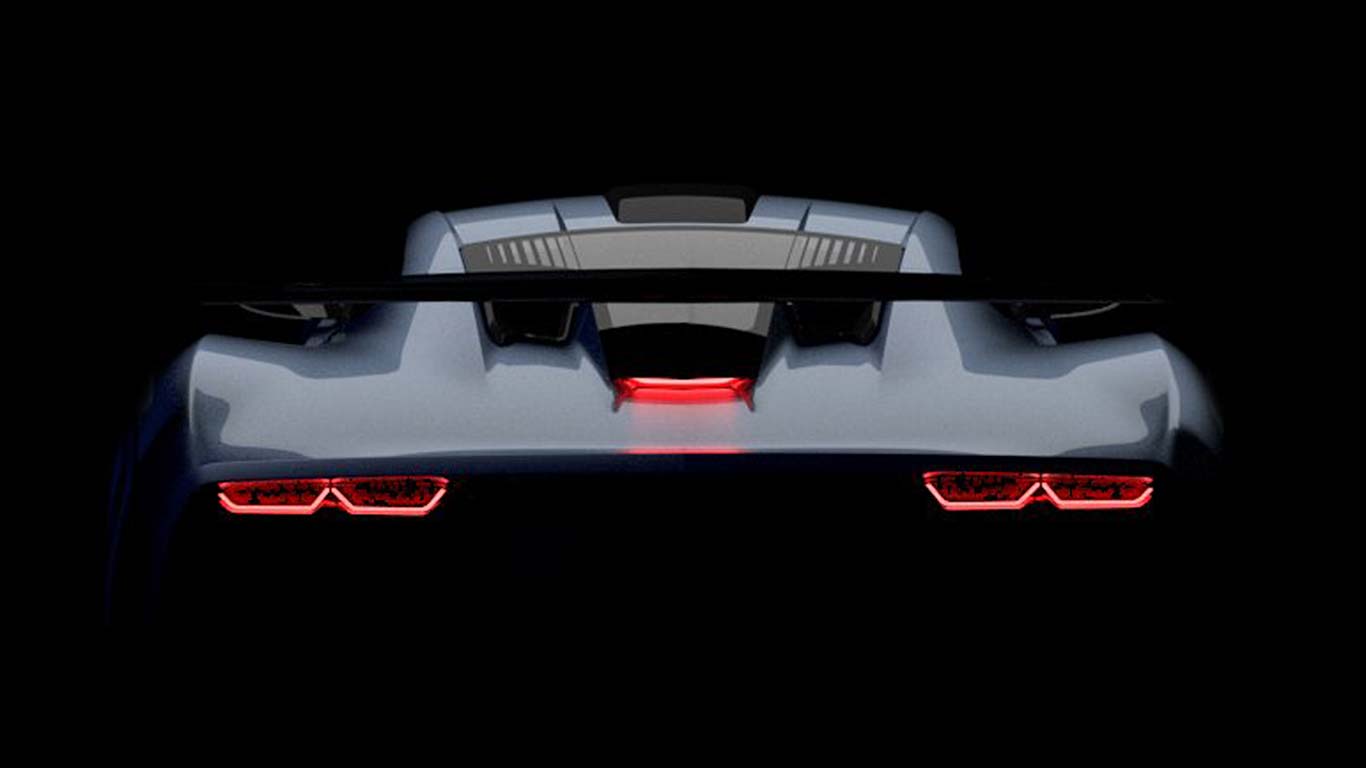 Not heard of Aria Group? Don’t worry – it’s an expert engineering firm that usually makes the concept cars for big-name manufacturers. Now it’s decided to make one of its own, and the FXE teased here is our first look at the start-up supercar. Yes, we’re excited to see more. 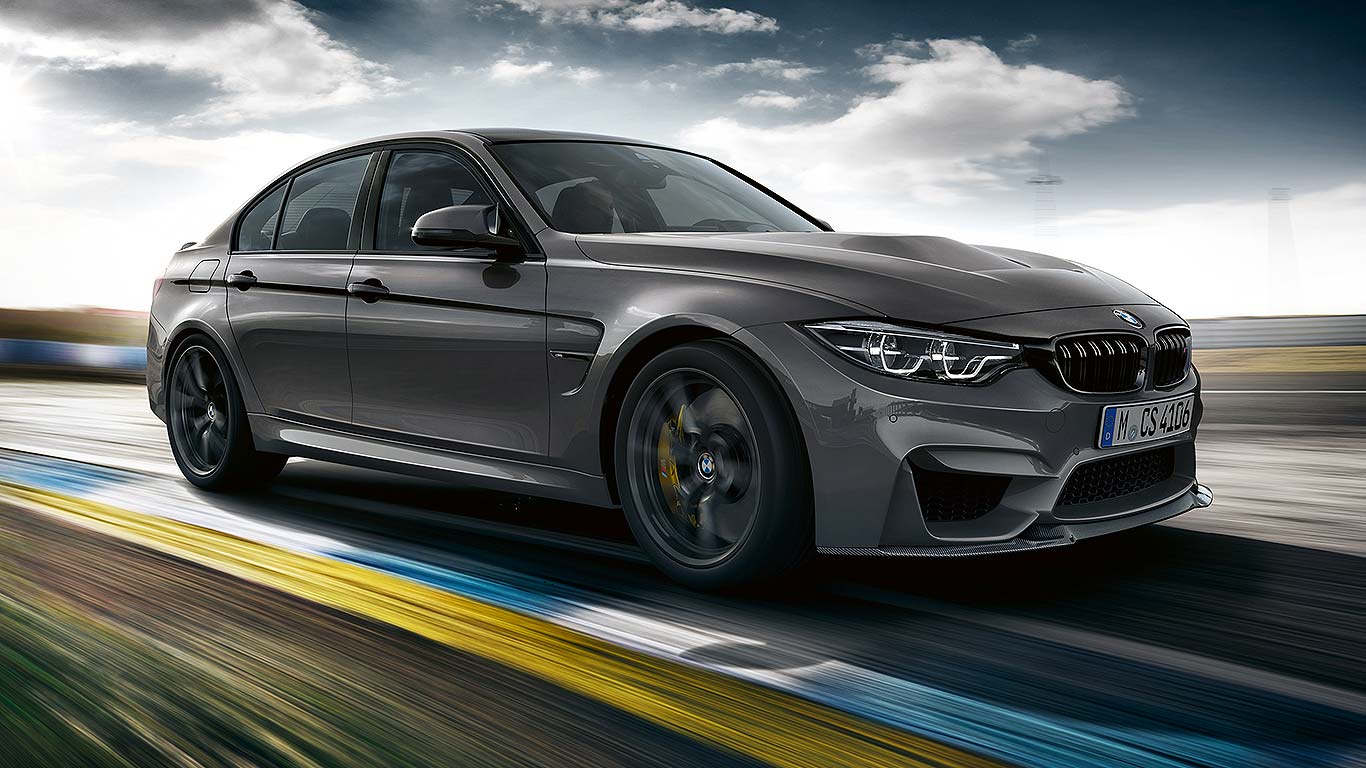 There’s a new BMW 3 Series next year, so this one is trying to go out on a high with a zippy new CS-tuned version of the M3 range-topper. Taking much of the carbon fibre styling addenda from the M4 CS, it also gets a power boost to 453hp and two criminally cool features – a ducktail-style rear spoiler and ultra-lightweight staggered wheels: 19 inches on the front and 20 inches at the rear. The current M3 has always slightly disappointed. Is BMW saving the best until last? 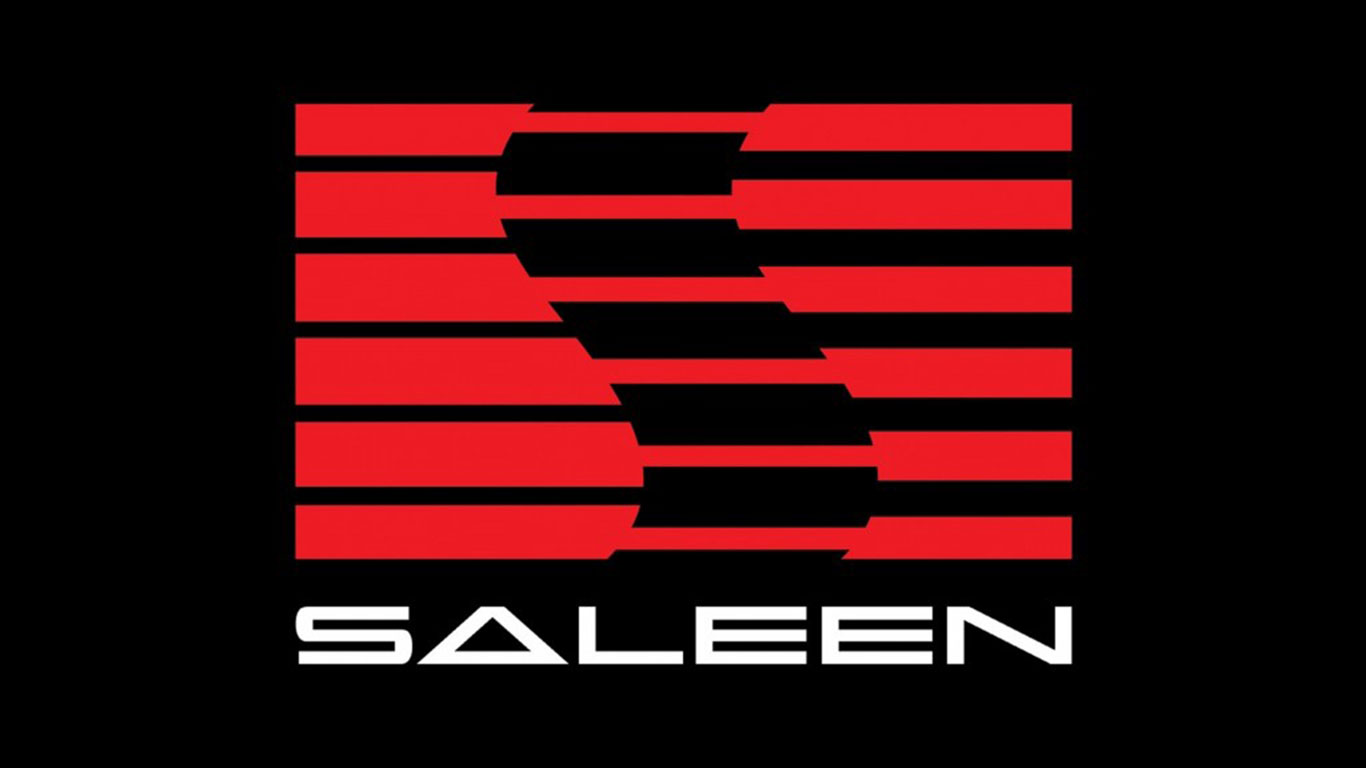 Saleen is a US performance car firm that used to make its own supercar, but more recently has tuned up versions of other hot cars, such as the Ford Mustang. The S1 was originally revealed in China, as it’s a joint venture development with Jiangsu Saleen Automotive Technology Co, and will be built from 2018 for sales in both the US and China. Boasting up to 450hp, it’s an intriguing proposition that we’re keen to see more of. 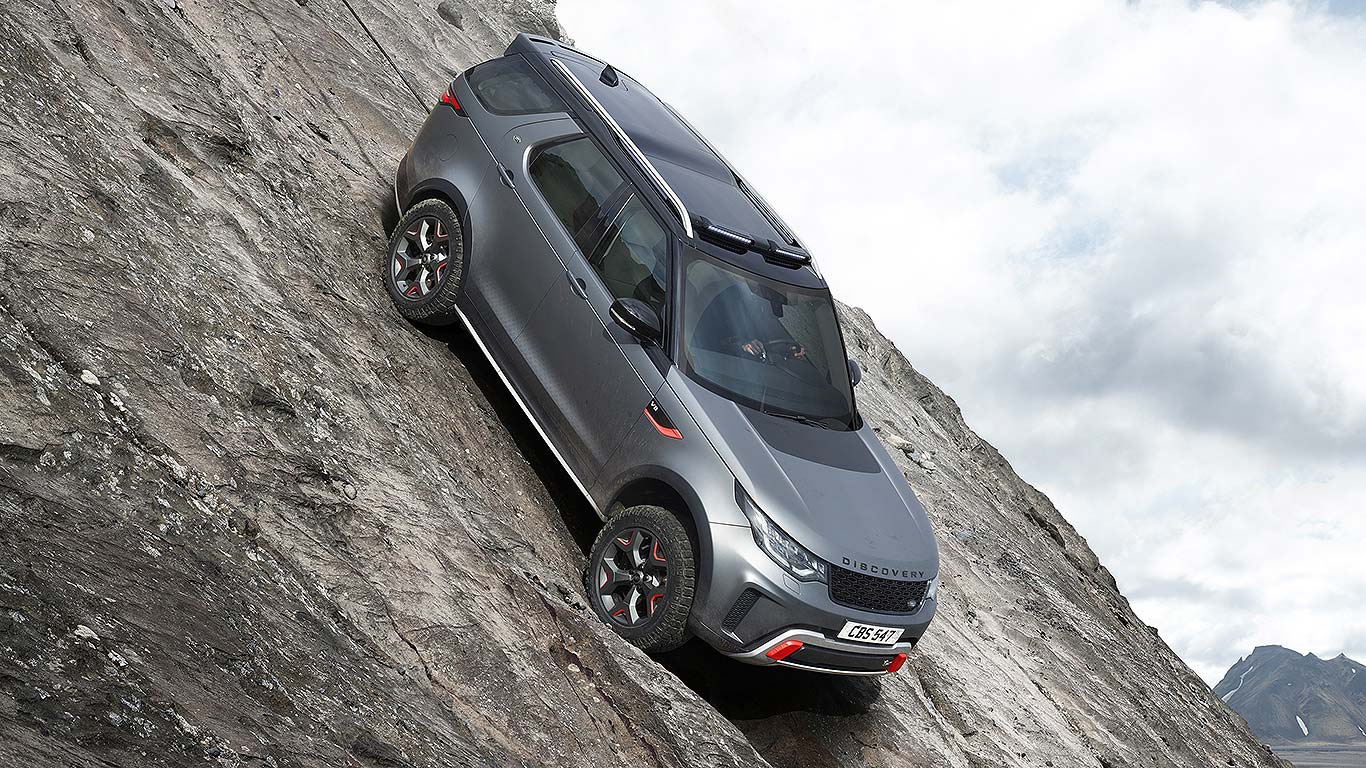 Even a standard Land Rover Discovery can pretty much go anywhere. We proved as much on the launch earlier this year. But the way it looks is, well, just a bit too posh and elegant for some to believe it can do all this. Enter the SVX, hand-built by the same Coventry, England division that makes ultra-posh Range Rover SVAs and ultra-fast Jaguar SVRs. Land Rover reckons it’s the most extreme car it’s ever made – yes, more off-road-ready than any Defender – and we’re going to pore over it in LA ahead of its launch in 2018. 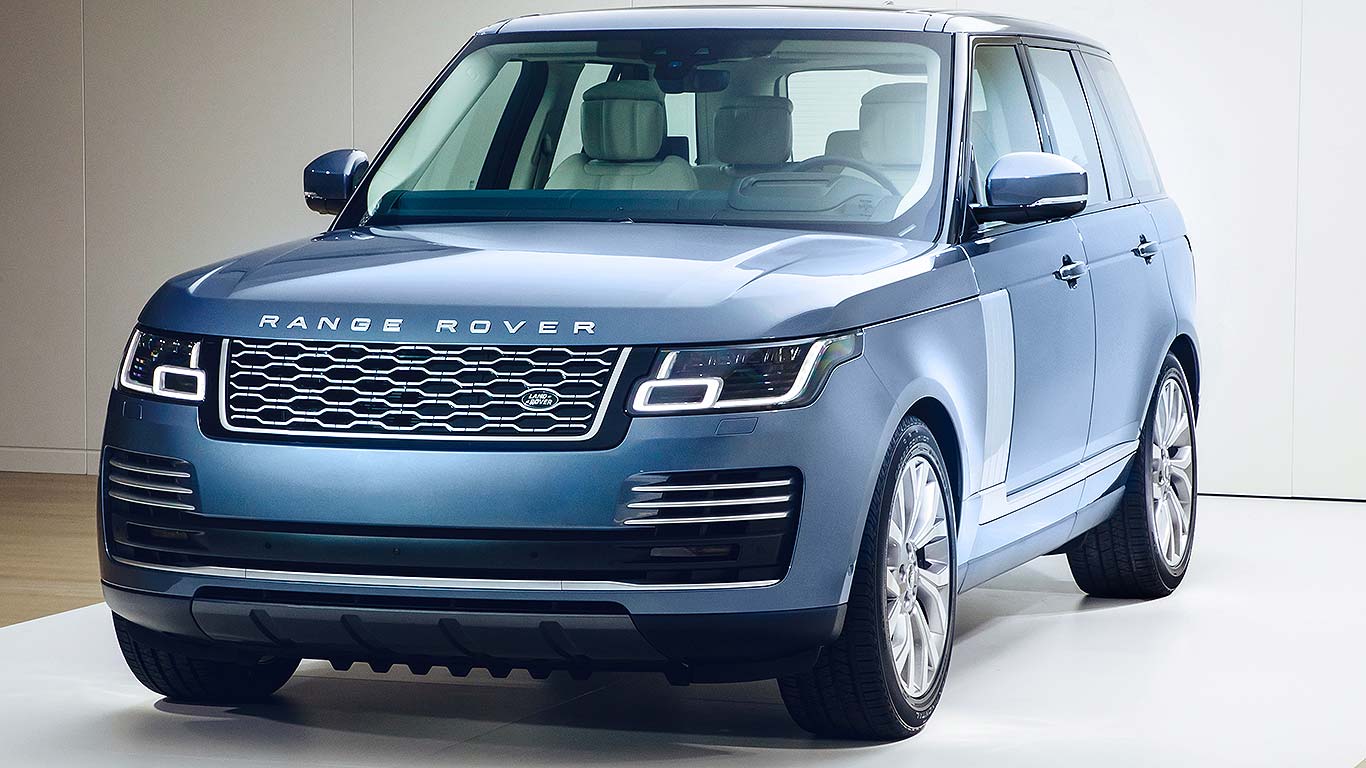 The Range Rover and Range Rover Sport have been facelifted and LA show-goers get to see them up-close for the first time. The big news is the introduction of a plug-in hybrid model that can do up to 31 miles in full EV mode, but we’re also looking forward to checking out the new front end in the metal, and the even posher interior in all its leather-laden glory. You don’t even have to stop with the regular Range Rover: Land Rover will also be showing the SVAutobiography range-topper, aiming to redefine – again – just how luxurious you can make a Range Rover. 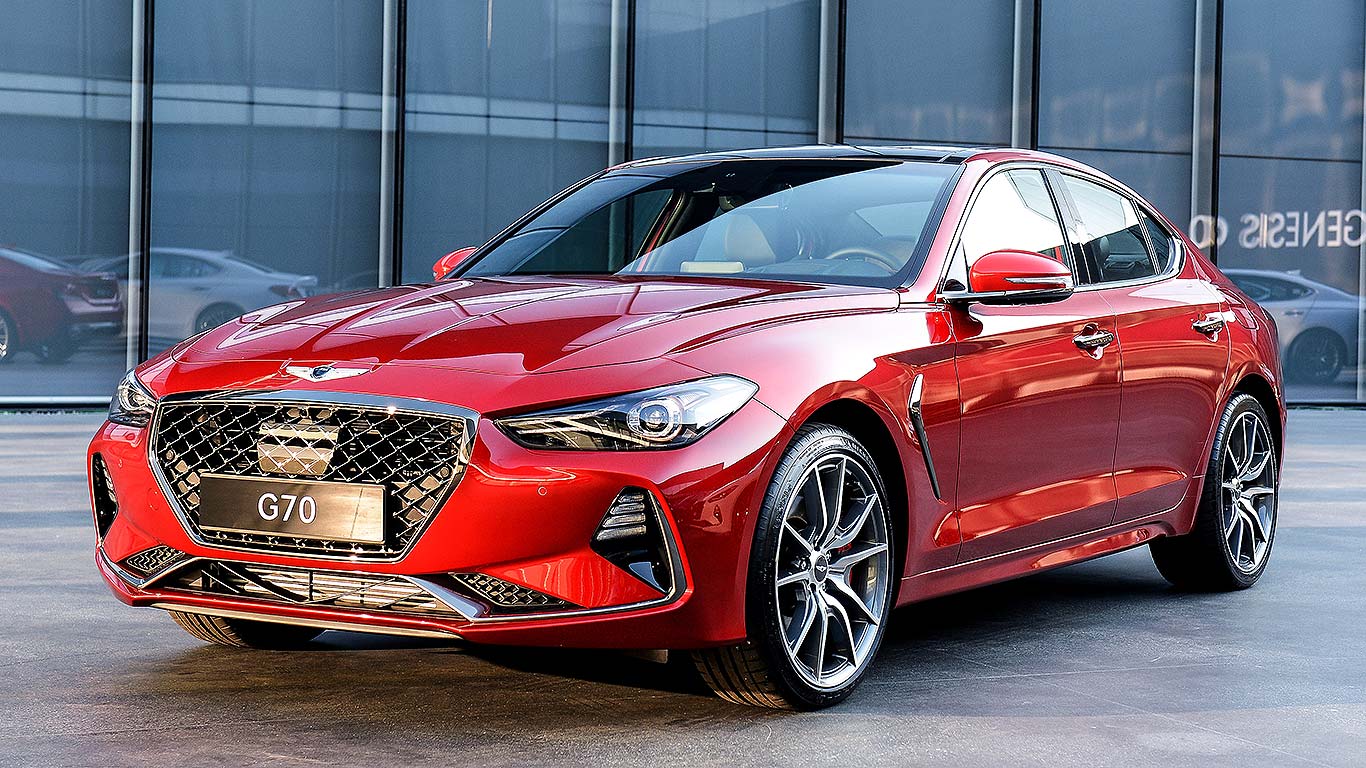 Hyundai’s premium division, Genesis, has already caused a stir with its excellent G90 luxury car, a cracking first attempt at taking on the Mercedes-Benz S-Class. Now it has the Mercedes-Benz C-Class, BMW 3 Series and Audi A4 in its sights. The G70 was only revealed a few months ago, so this is still a relatively fresh first-show. It’s aimed at sports saloon drivers in the U.S. but we’ll be checking it out to see if Hyundai UK should take an interest. 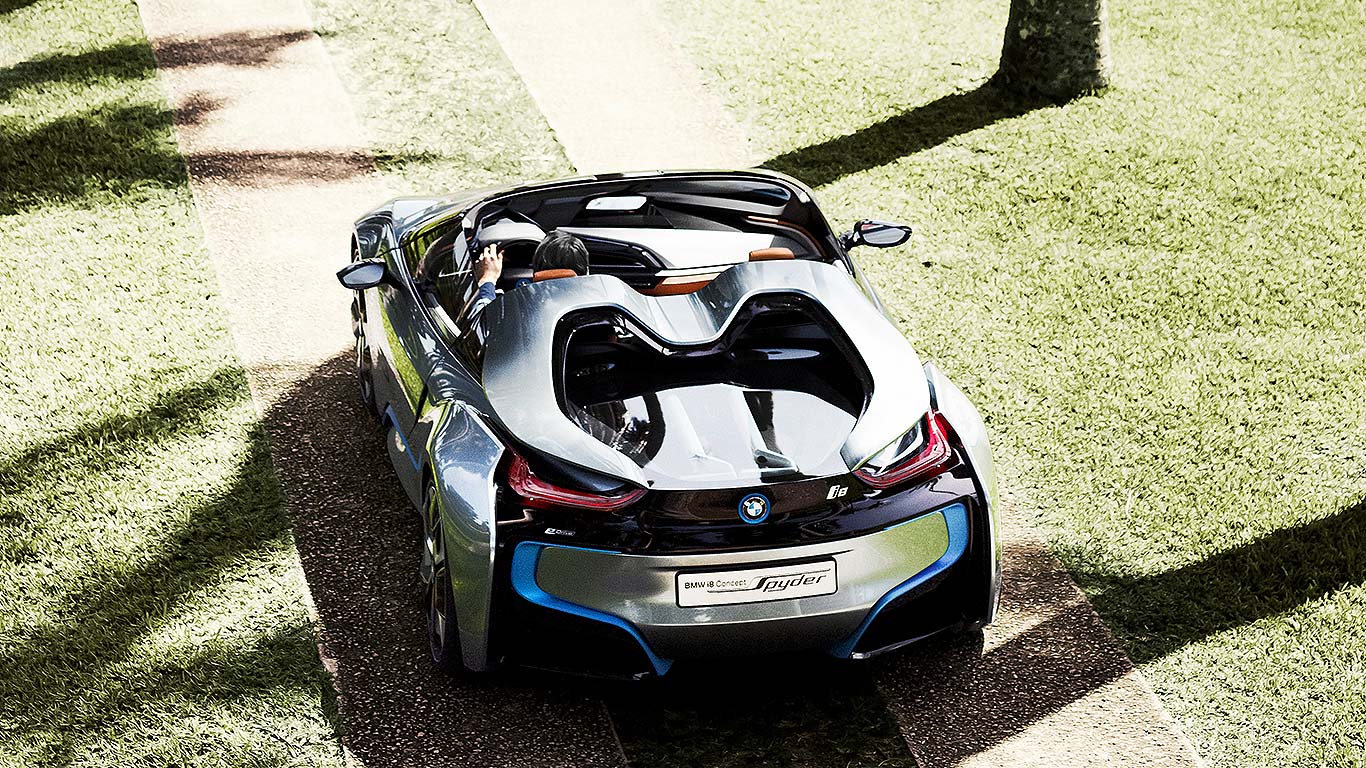 How long have we been expecting this? A roofless i8 has been years in the making, but might at last be arriving in LA, and we can’t wait to flip-up the doors and jump straight in on the show stand floor – before possibly being escorted away, depending on the humour of the security guards. Honestly, we’ll take our shoes off. 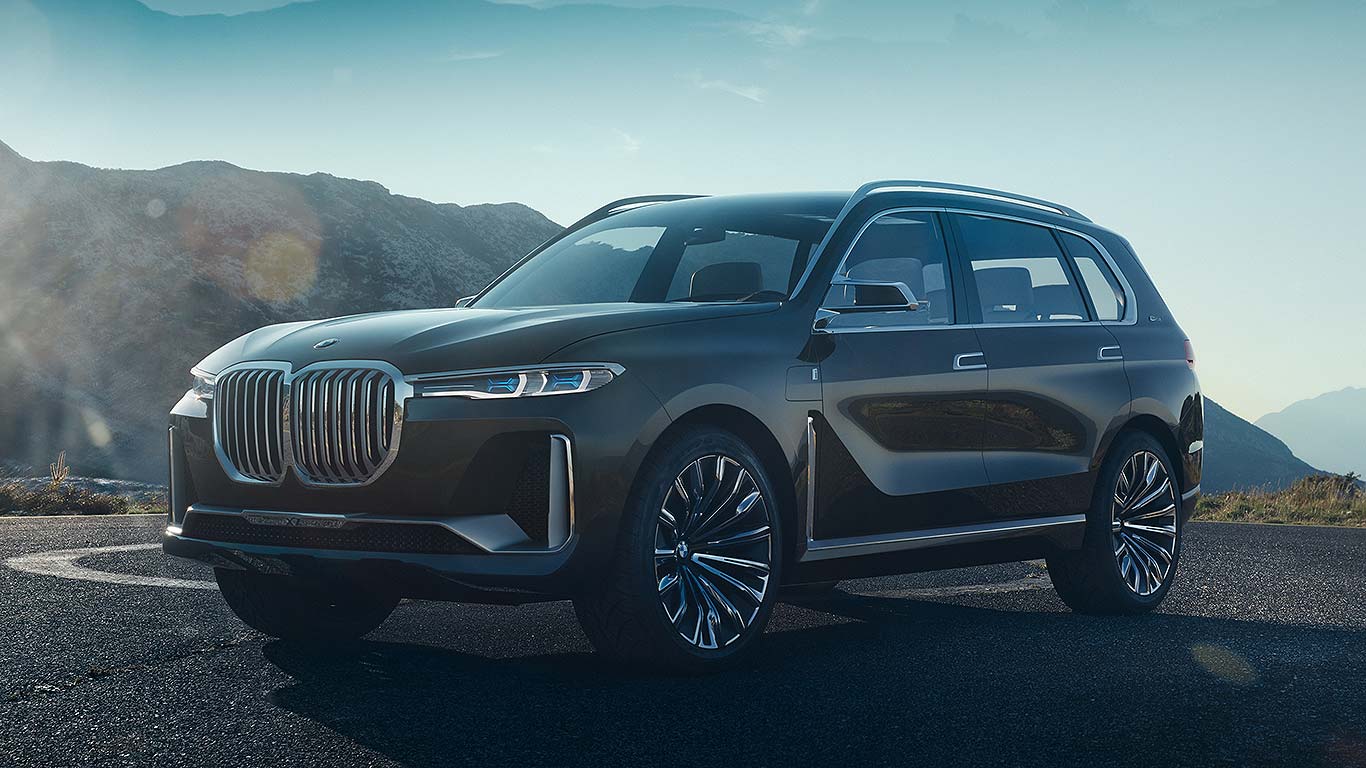 LA will be another opportunity for us to see the rather large BMW X7 luxury SUV concept. This is BMW’s Range Rover, focused on the Chinese market, and all kinds of massive. LA is so connected, we might take up residence in the back of it and order some takeout once we’ve charmed the security guards. 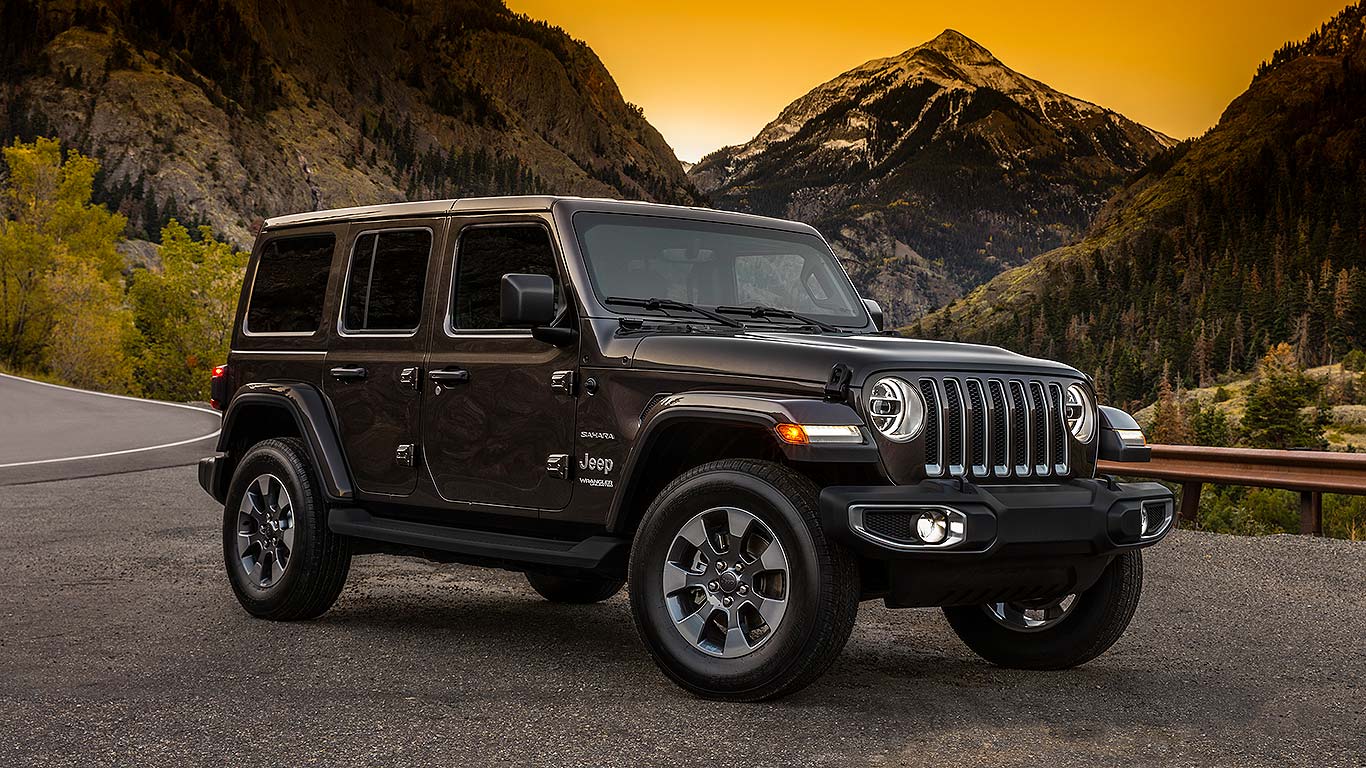 While Land Rover dillies and dallies over the new Defender, finding itself in the bizarre situation of phasing out a model without a replacement ready to jump into its shoes, Jeep shows the way to treat an icon with the all-new Wrangler. It’s familiar, of course, but jam-packed with new stuff, to both make it even better off-road and even more connected inside. 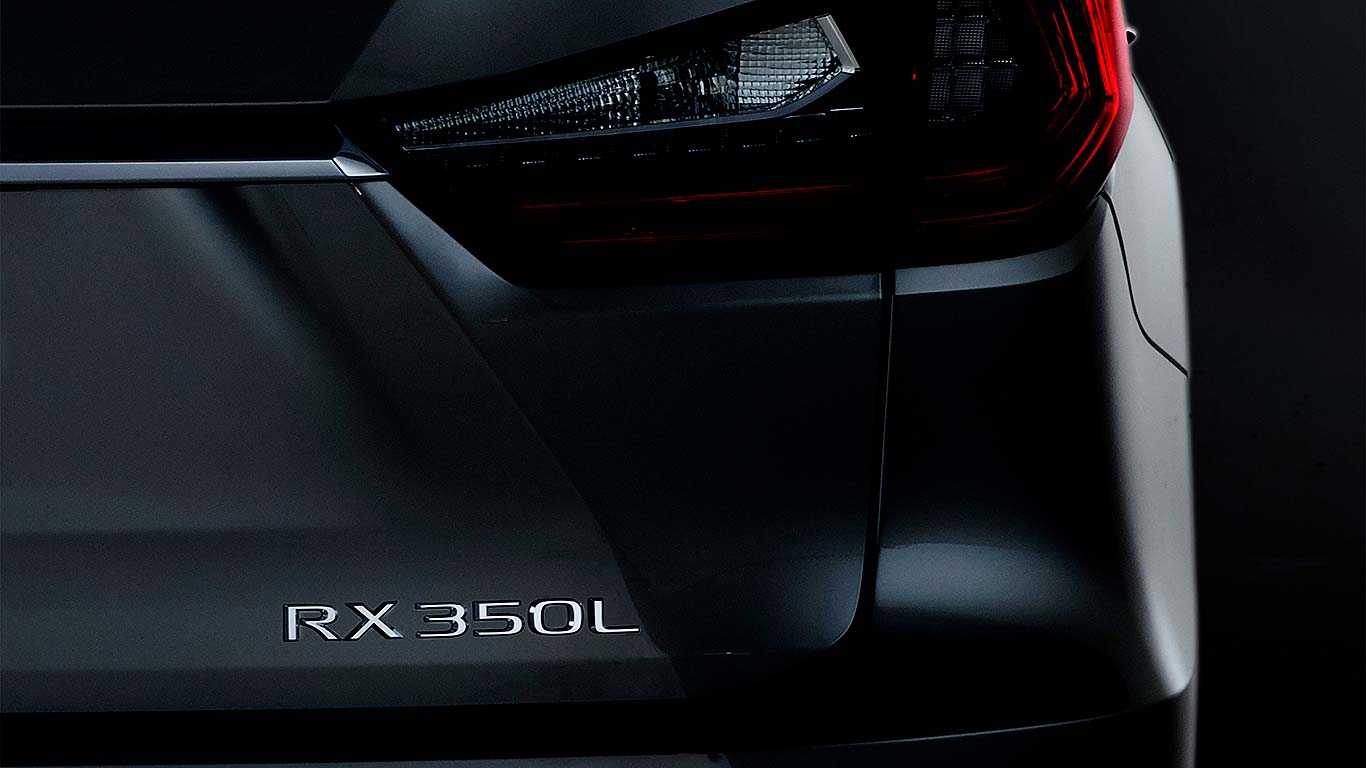 The sales figures prove how much people love the Lexus RX SUV. But in all this time, it’s remained a two-row five-seater. No more. LA 2017 marks the debut of the three-row seven-seat RX, ingeniously called RXL. If you’re eco-thinking and have three children, each with an inseparable best mate, bingo. 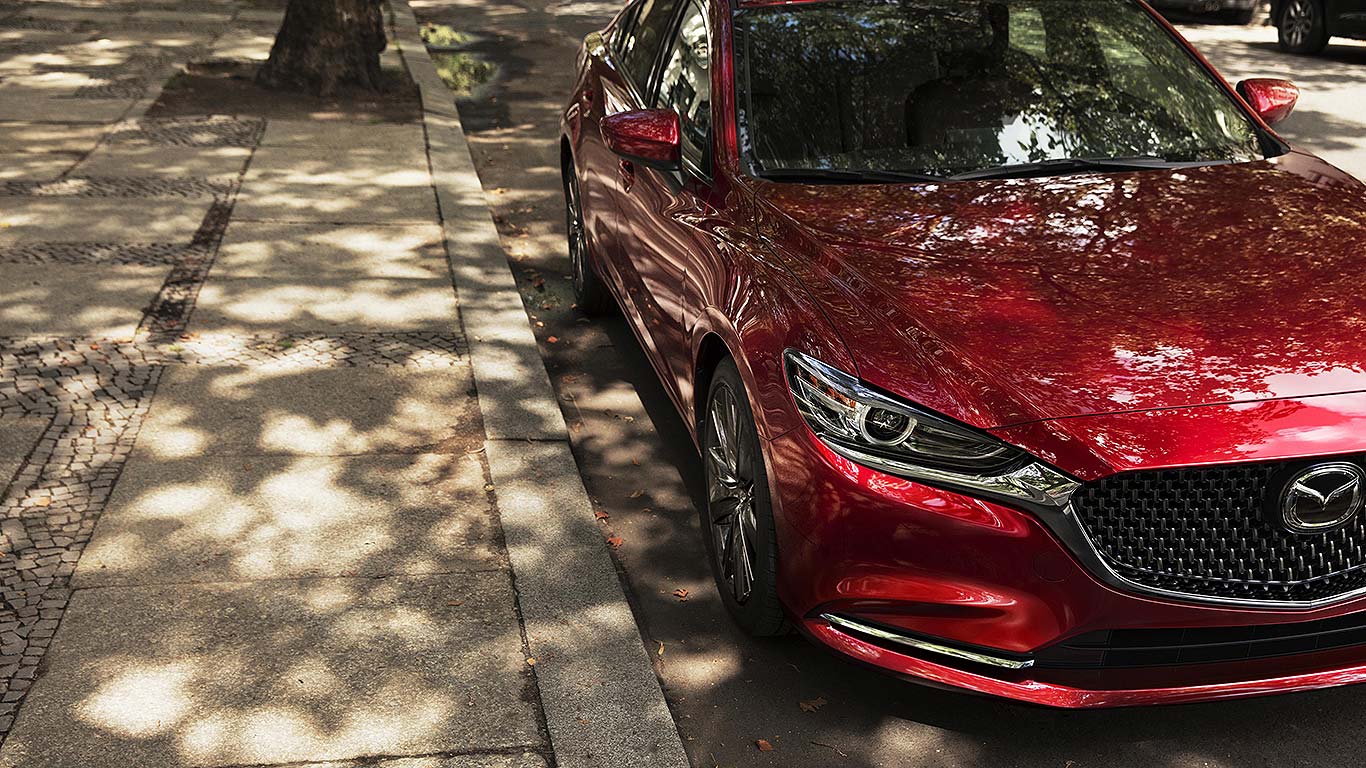 You tell us. The Mazda 6 is a marvellous car, a premium BMW rival sold at Ford Mondeo money, but if you can tell what’s different about this one, you have keener eyes than us. Still, we will nevertheless head over to check out and admire the people’s BMW 3 Series. 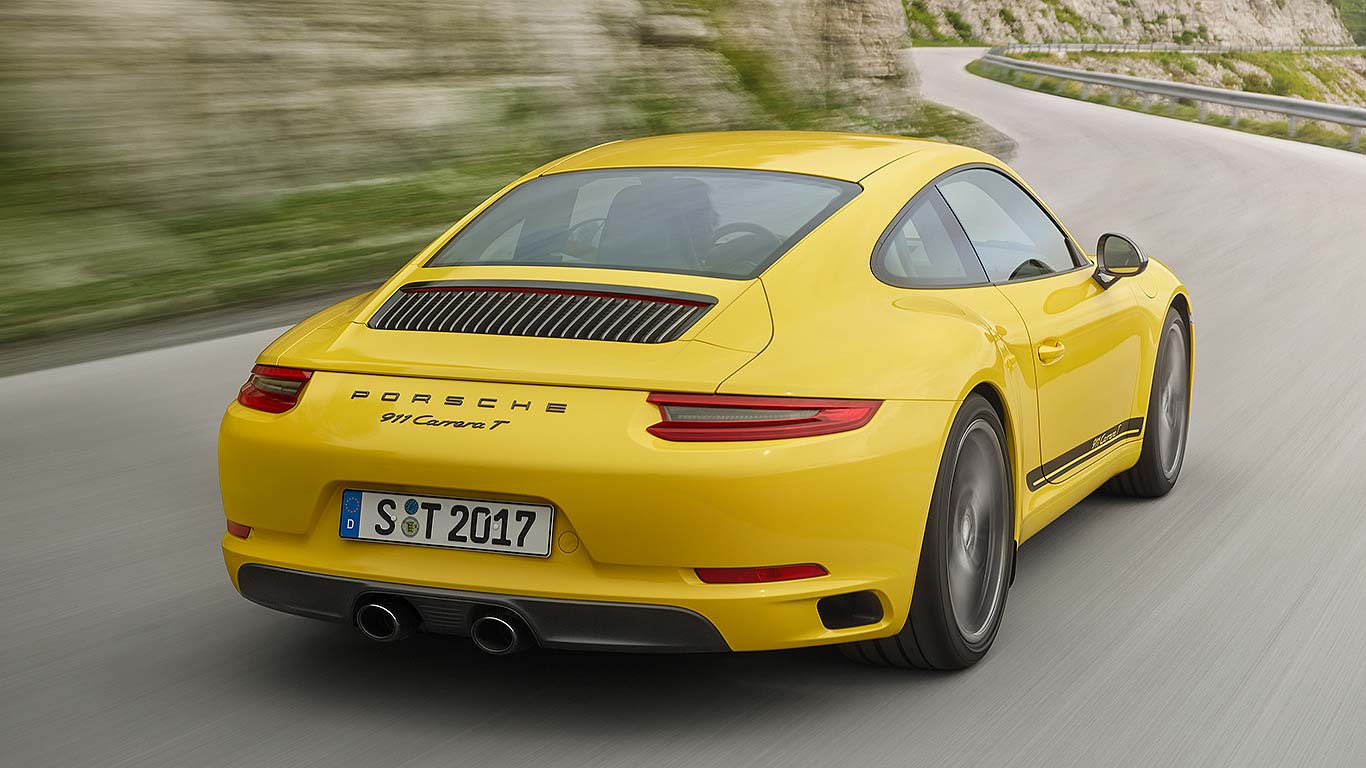 Yes. This is the one enthusiasts have been waiting for. T means turbo, of course, but T also harks back to the 911’s 1960s heritage, where things were oh-so simple. Here, T means Touring, and Porsche’s made sure it’s a driving holiday with rear-wheel drive, a limited-slip differential and a manual gearbox. It has 20mm lower suspension than a regular Carrera, standard adaptive dampers, and is 20kg lighter thanks to thinner glass, no rear seats and even straps for the doorhandles. Where do we sign? 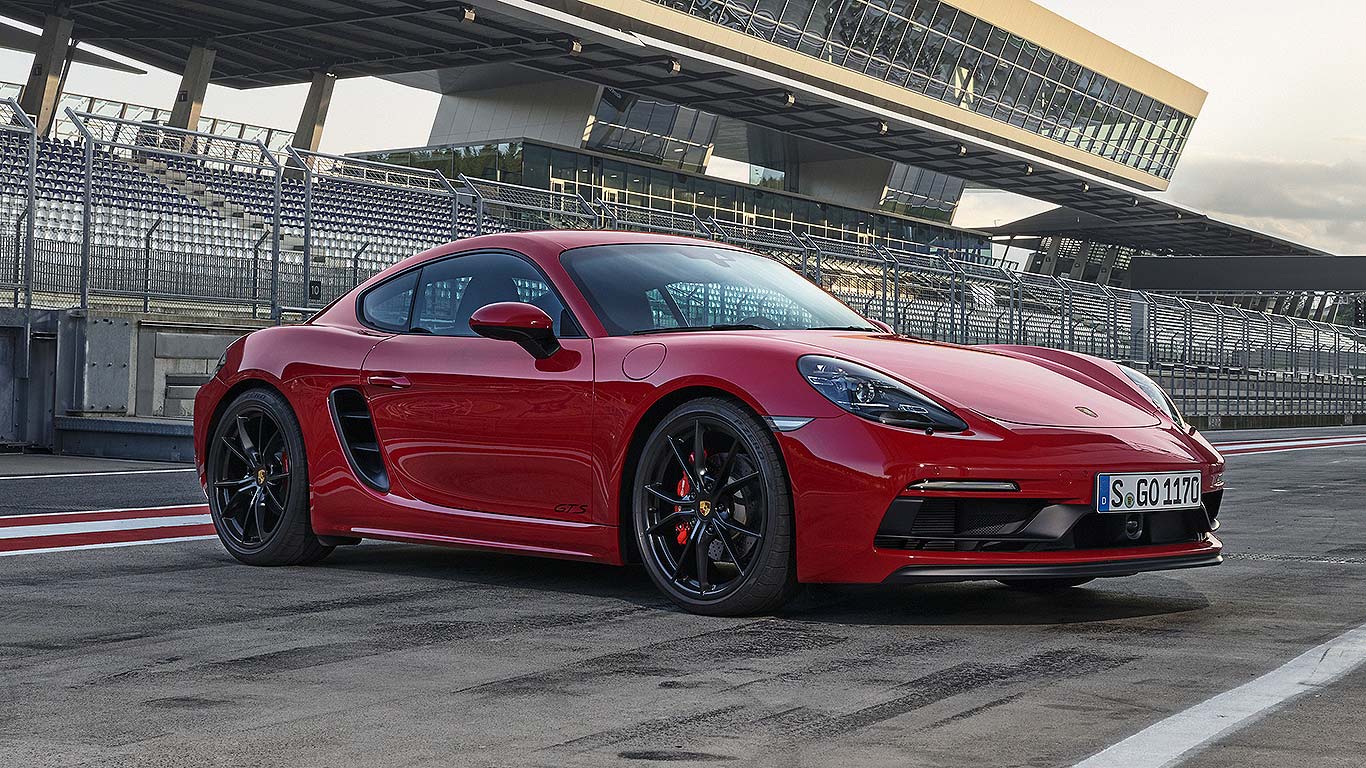 What enthusiasts really want is the return of the six-cylinder Porsche 718 Cayman and Boxster. With the GTS… they don’t get it. But they do get more power, 365hp, from the 2.5-litre turbo flat-four, which Porsche reckons will accelerate one from 0-62mph in just 3.9 seconds if you go for the fast-shifting PDK automatic. Quick enough to knobble a 911 or two, while GTS accoutrements give it a bit more focus in corners too. 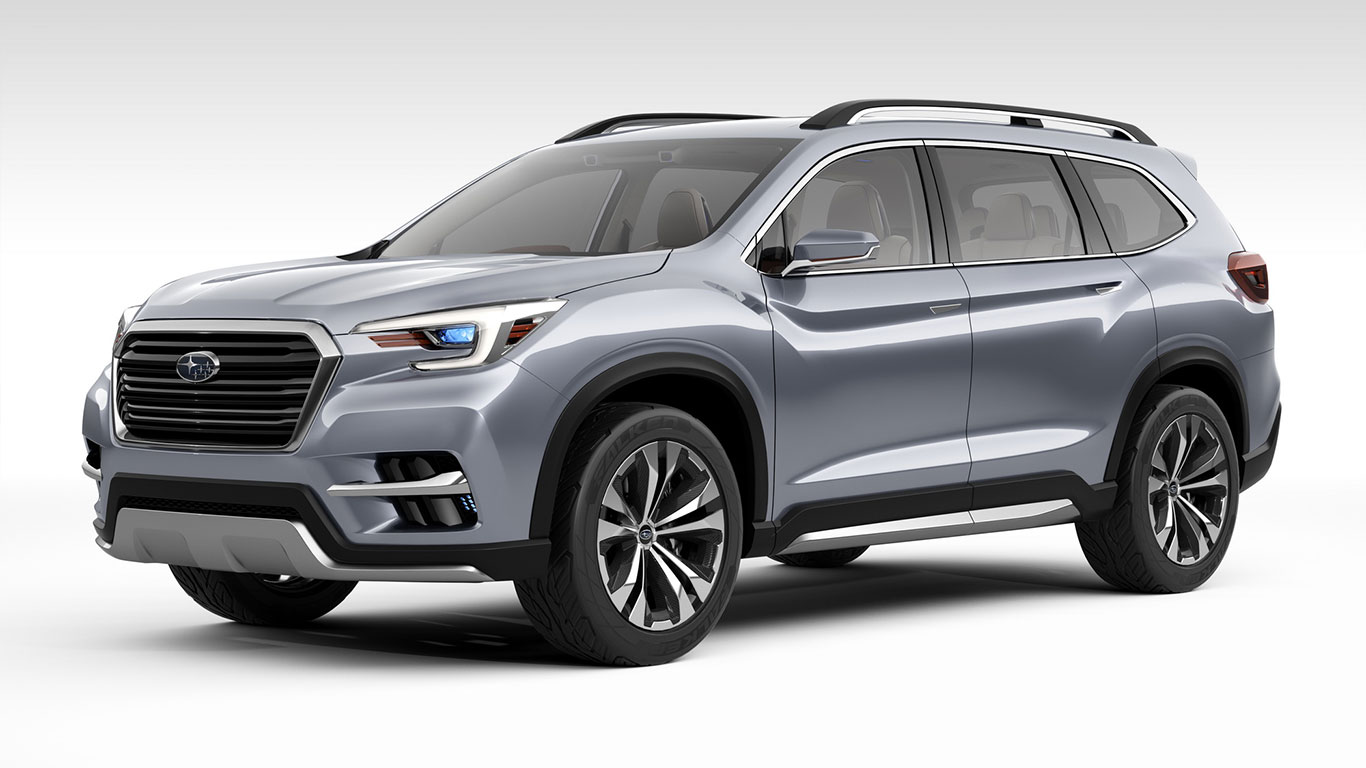 Subaru is such a well-loved brand by people who know their cars, so why shouldn’t it too get on the modern SUV bandwagon and try to attract more of those to whom it’s unknown? The good-looking Ascent, pictured here in concept form, is its first three-row seven-seat SUV, thoroughly on-form and set, more than likely, to sell like hot cakes in North America. Those who know their cars would love it in the UK, but would it sell? 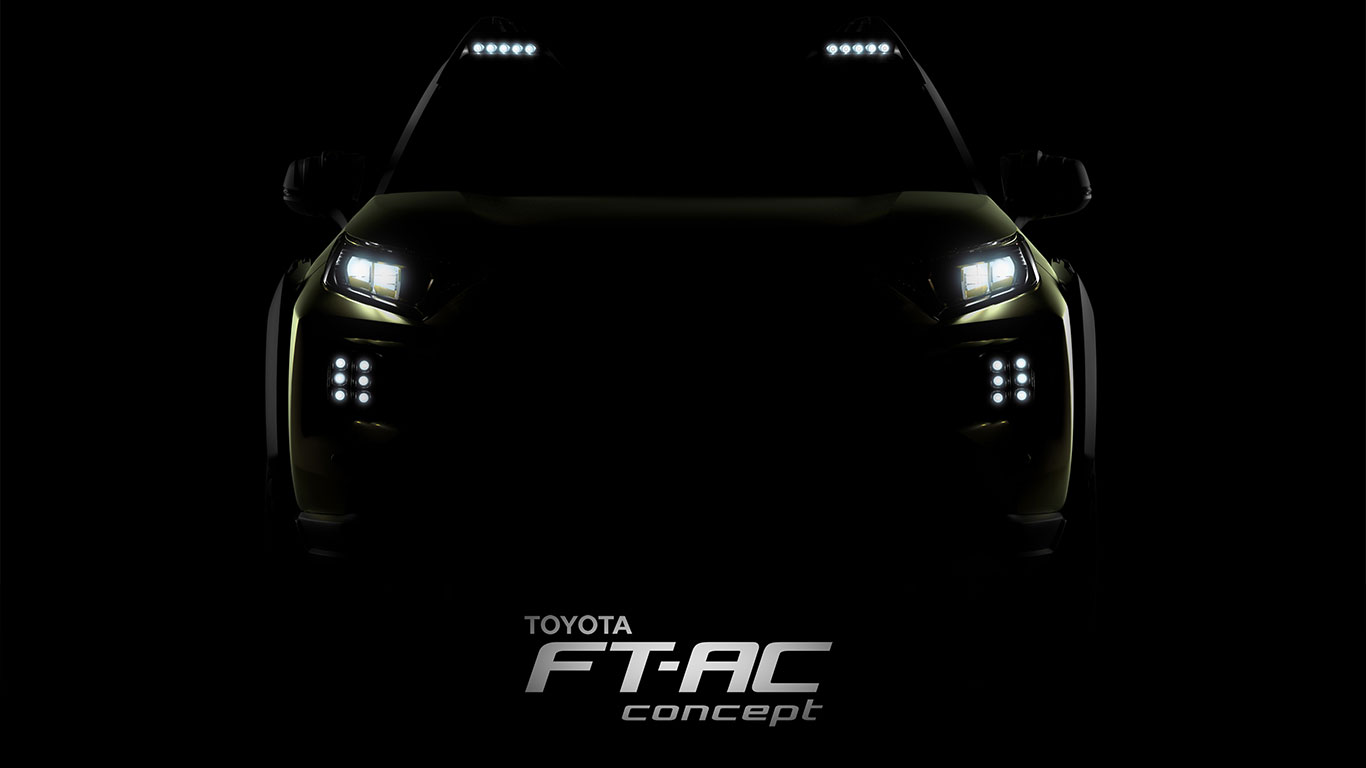 We’ve only seen a teaser of this, and it frankly looks fantastic already. Packed with LED lights and a bulging body, we don’t quite know if it’s an SUV, a pickup, a van or what, but we’re still hoping it’s the cool post-apocalyptic Toyota this image suggests it is. One to keep an eye on. 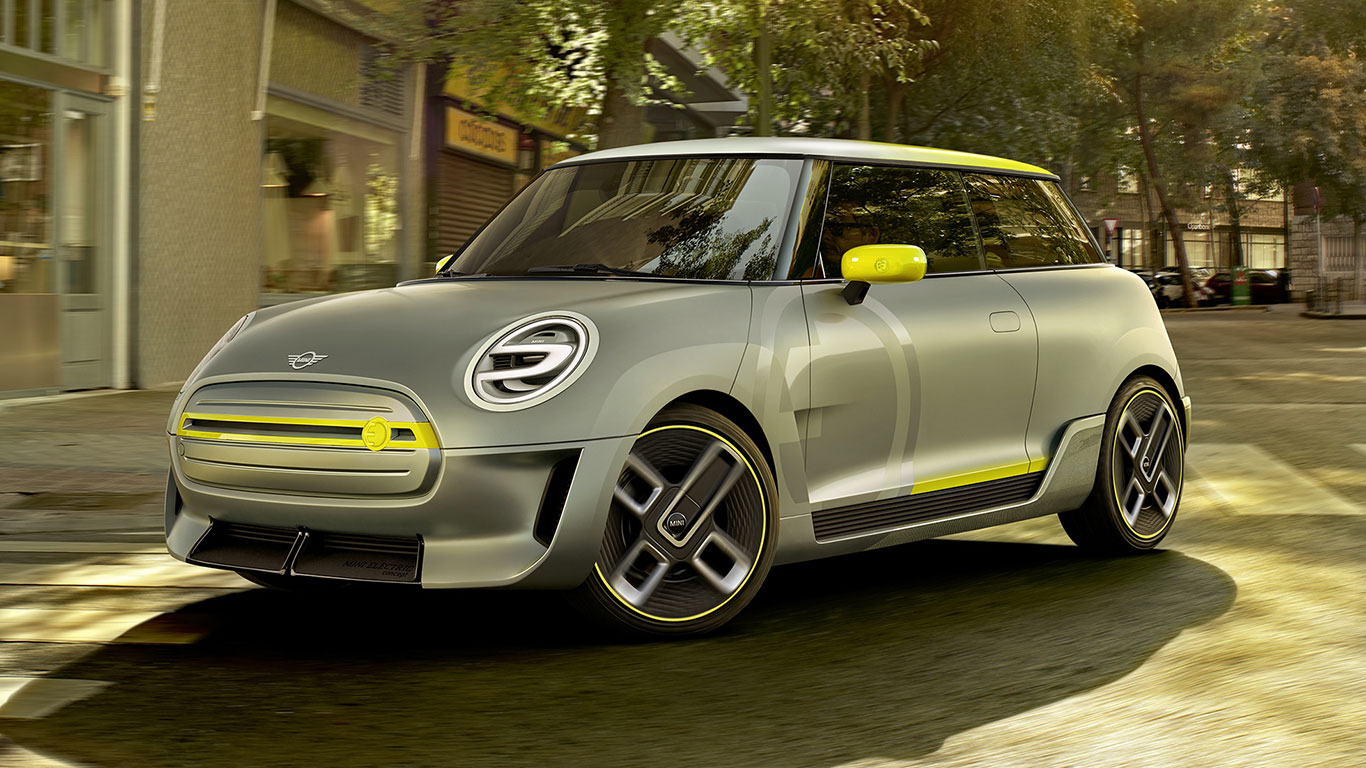 We saw this at the 2017 Frankfurt auto show, and now Mini’s showing off the battery electric concept in the market destined to take a substantial proportion of sales. Expected to use BMW i3 electric tech, it will be fast, have a decent range and generally thoroughly Mini-flavoured, just with zero emissions from the (non-existent) tailpipe. 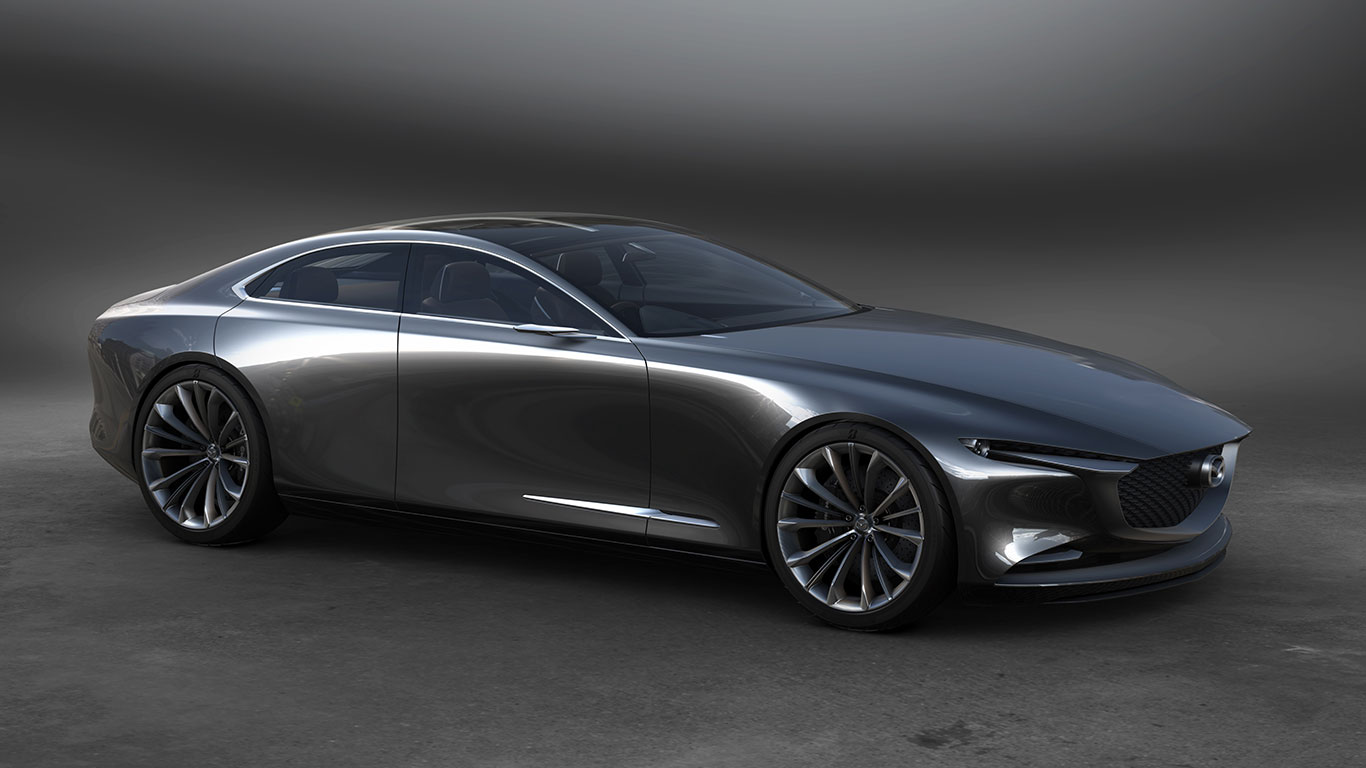 Meet the future of Mazda styling. This is another car we’ve already seen, but it’s still worth a second look because of just how pretty and elegant it is. Who says they don’t make jaw-dropping and achingly beautiful cars anymore? Join us at LA to see yet more lovely pictures. 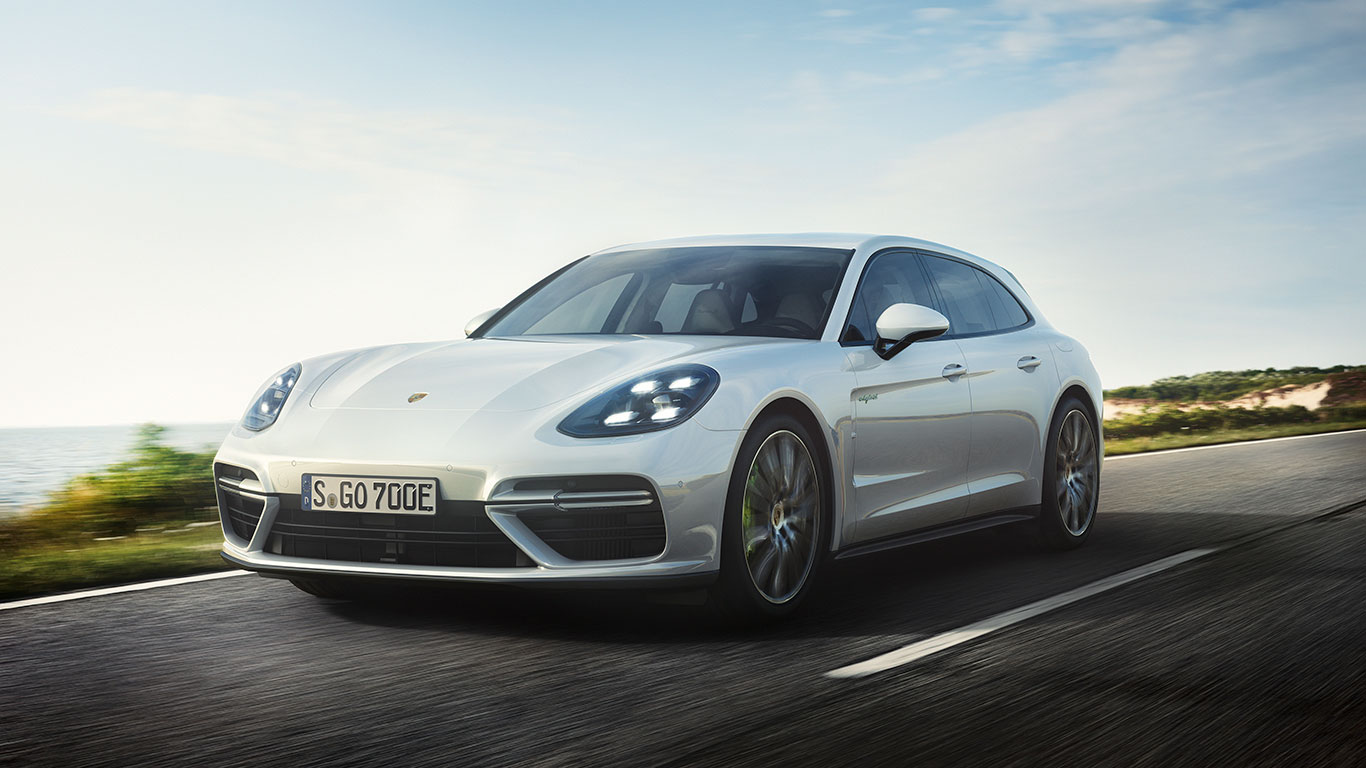 The car with the longest name at the show. To decipher it, this is a shooting brake Panamera with a 55 hp 4.0-litre twin-turbo V8, a 140hp electric motor and a 14.1 kWh lithium-ion battery good for 30 miles on full EV power. But, more importantly, a total system output of 680hp and 0-62mph in 3.4 seconds. Not bad for an estate, huh? 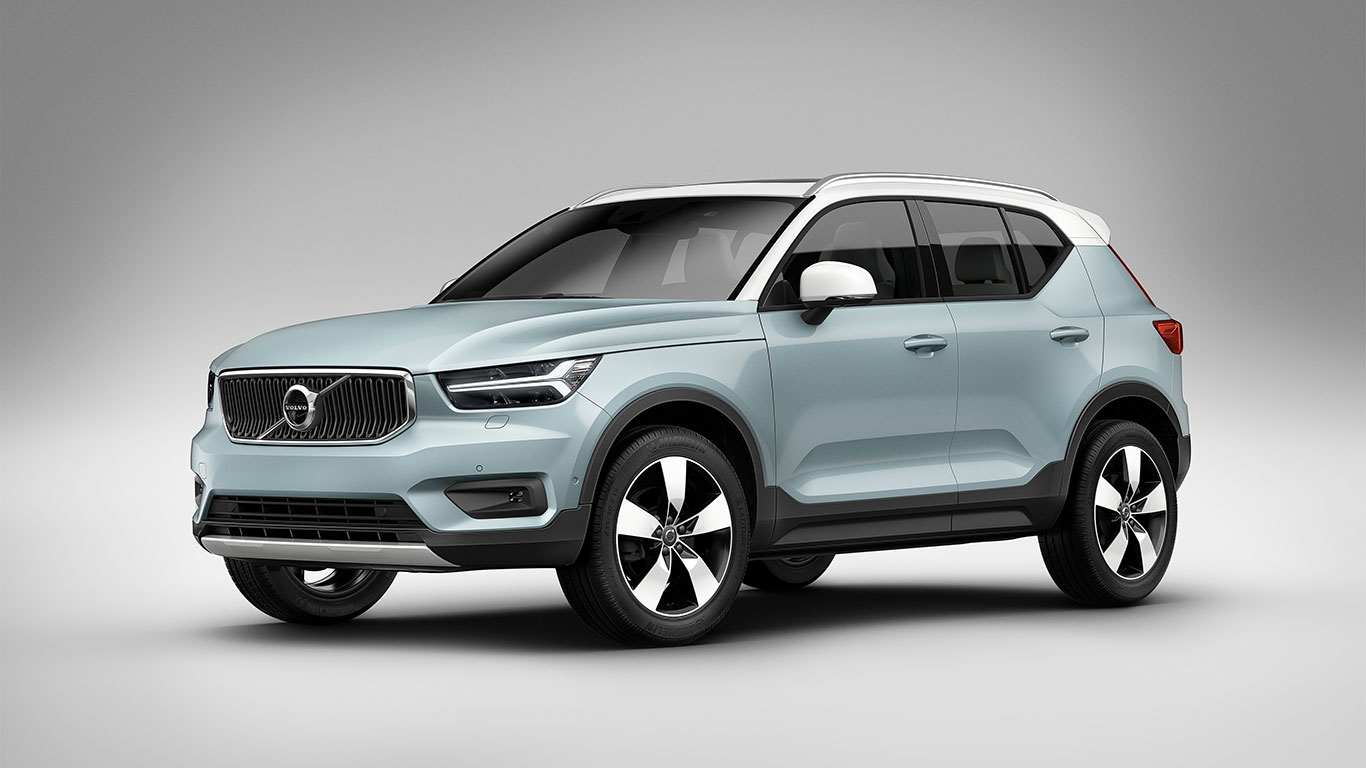 A Volvo at a motor show is a rarity – the firm has pared back the number of events it attends, preferring instead to do things its own way. Luckily, LA is one of the events it is attending, and lucky for Los Angeles, the XC40 is yet another marvellous modern Volvo. It rivals the Audi Q3 and BMW X1. It is also, according to early drive reports, better than the new Jaguar E-Pace, which isn’t quite what the British firm had planned. 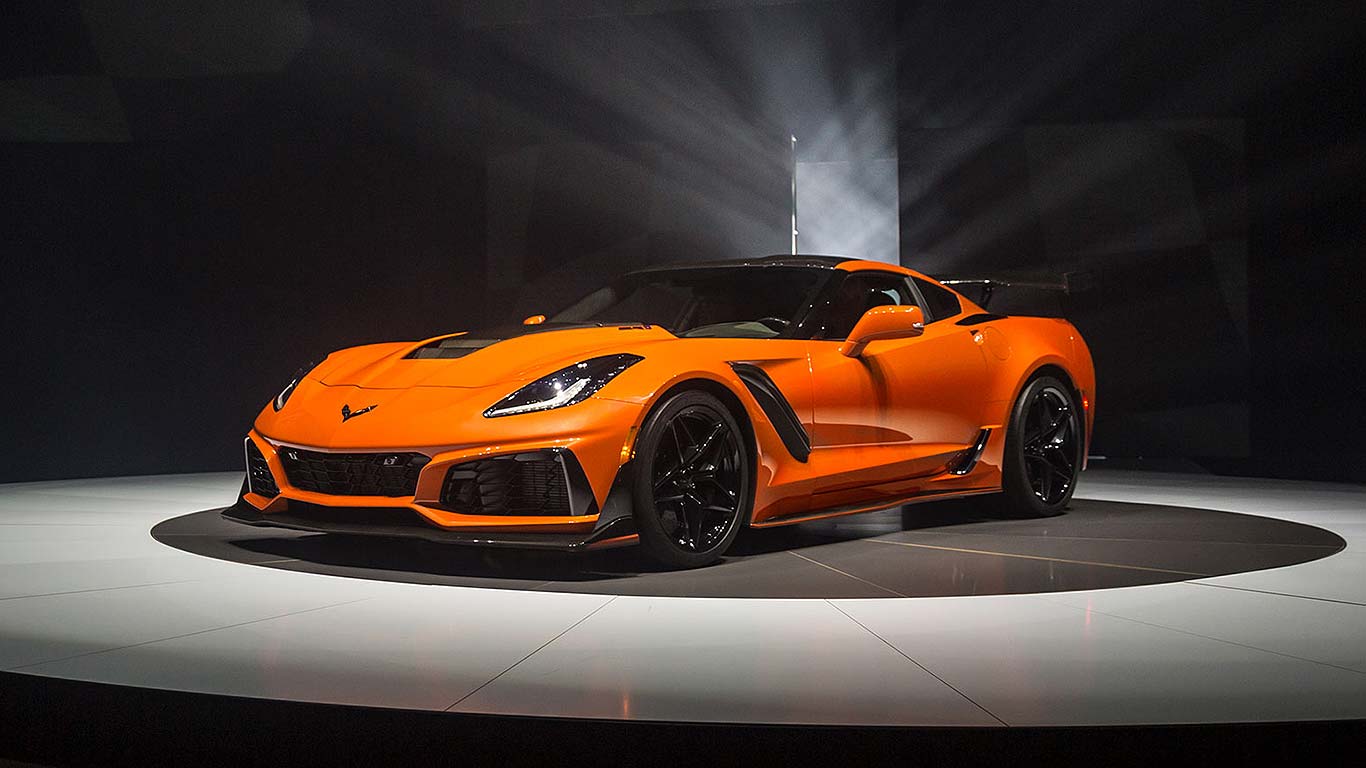 First revealed in Dubai, the monster Corvette now gets its homeland reveal. A production Corvette has never been faster or more powerful car than this: 755hp may even see it dip beneath seven minutes for a Nürburgring hot lap, the firm hints. We’ll join the throng and lust over it in LA. 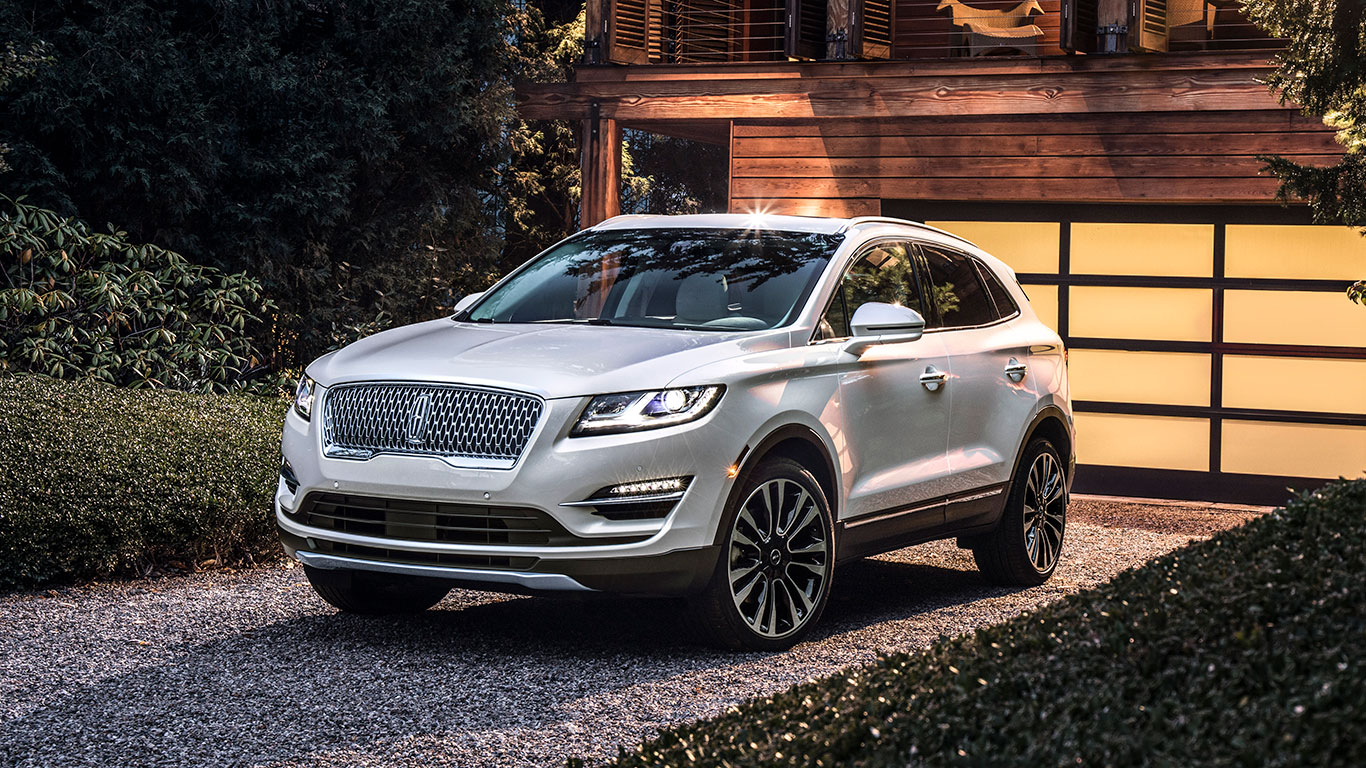 The posh compact Lincoln SUV gets a new look for 2018, with the same cool front end we’ve seen on the Continental. It’s much nicer than the current setup and the interior is, to follow a bit of a trend of LA 2017, said to be even posher and more luxurious as well.