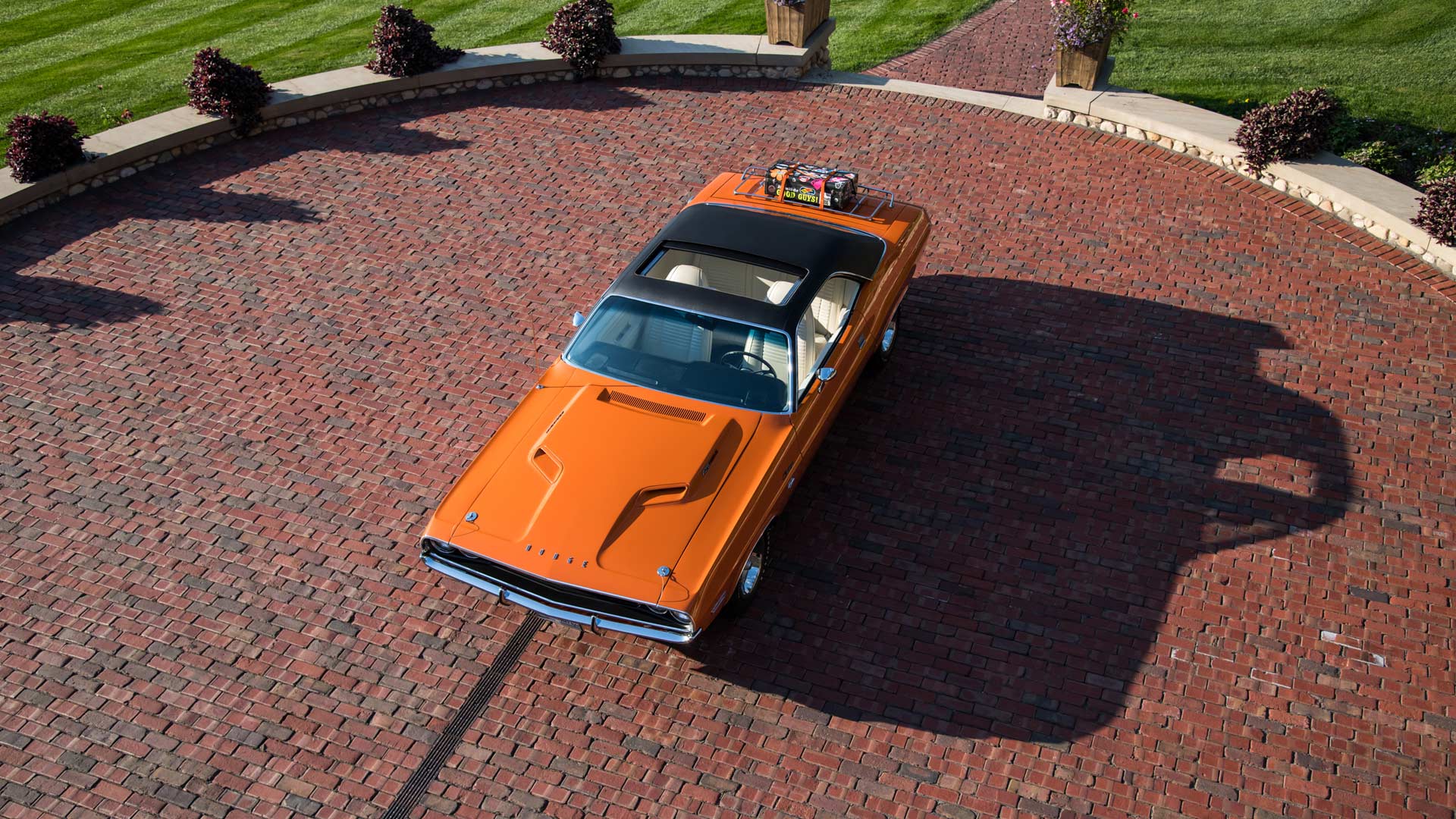 However, a bright orange Challenger coupe could possibly be the holy grail for Mopar enthusiasts.

Thoroughly restored to immaculate condition, this is the only 1970 Hemi Challenger R/T that was made with a factory sunroof

From the track to the street 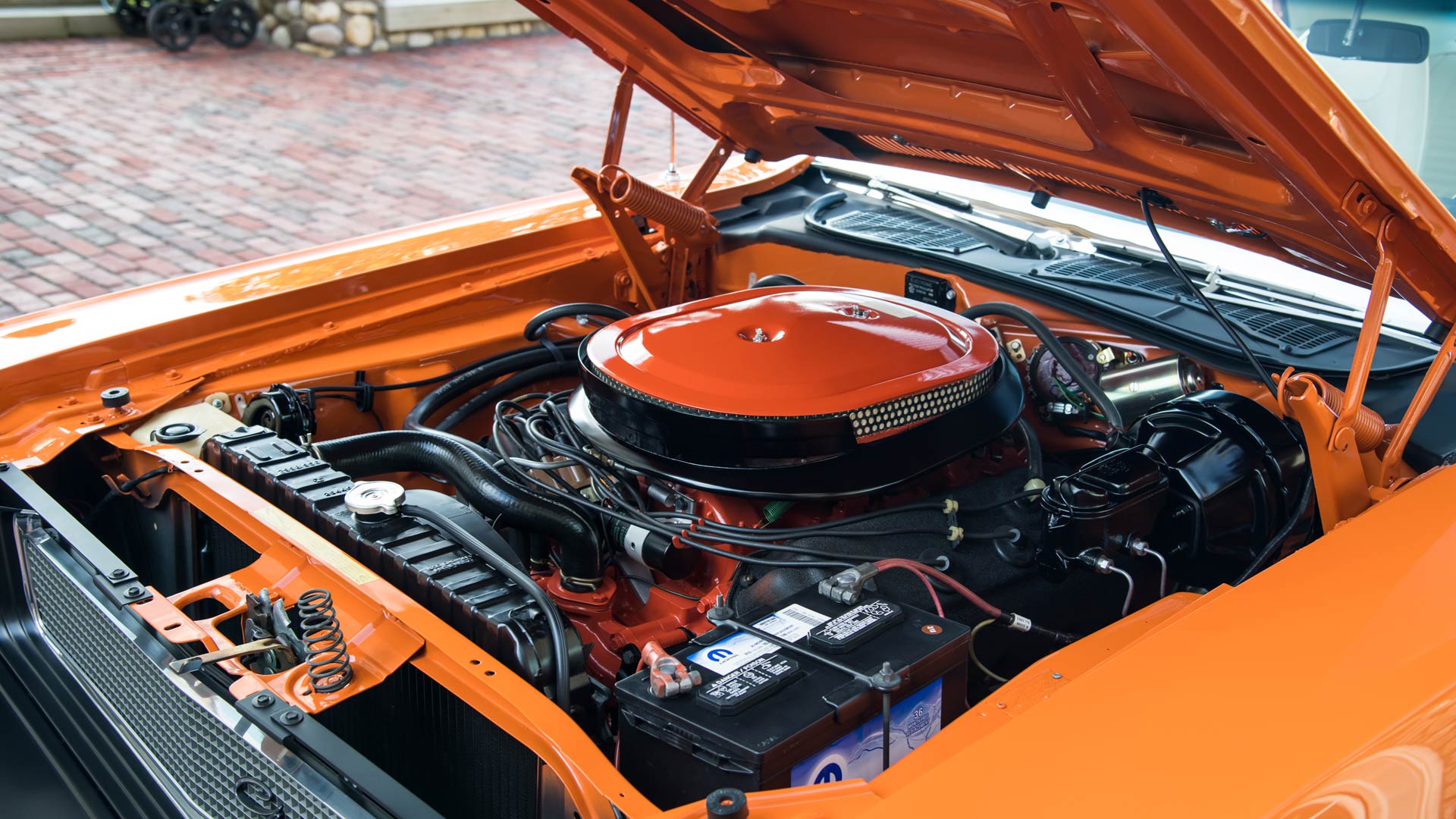 The significance of the 426-cubic inch Street Hemi engine on the muscle car world is just as great today as it was when new. Originally designed to dominate on NASCAR ovals, the “Elephant Engine” became available in Dodge road cars to help homologate it.

A 1970 Challenger R/T buyer would have needed to spend an extra $779 to get the Hemi, adding almost 25 percent to the list price. It perhaps explains why fewer than 200 Challenger Hemi coupes were sold that year. 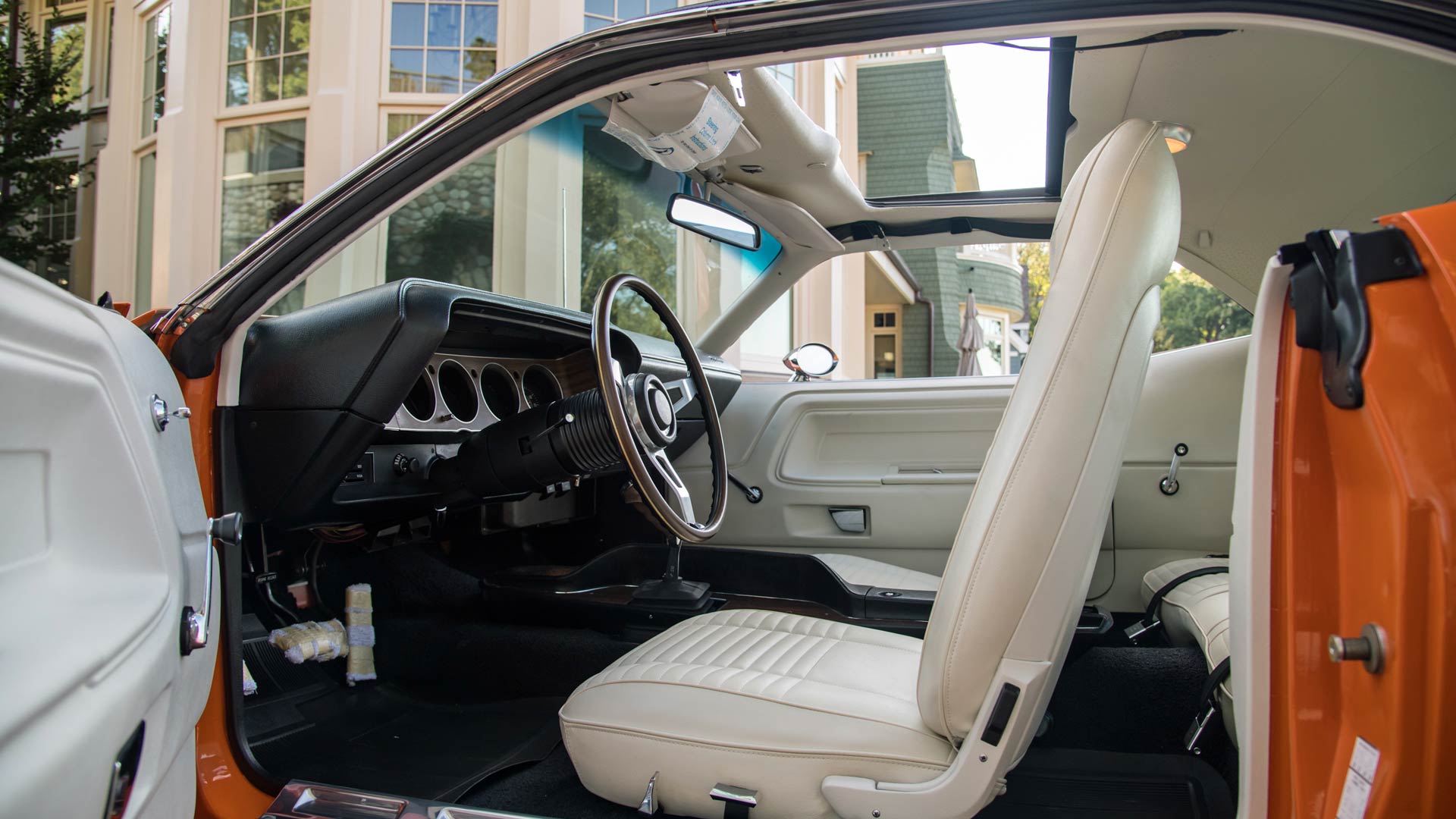 Whoever originally bought this Challenger R/T was clearly not worried about the price tag. Along with the monster Hemi engine, this also dived deep into the extensive options list for the brand-new Challenger.

The impressive Go Mango exterior paint was complemented by optional 15-inch Rallye wheels. A white interior features six-way power bucket seats, along with a AM radio and 8-track player.

A four-speed manual transmission came as part of the Super Track Pak, along with a 4.10 Dana rear axle. Power steering and power brakes were included due to the Hemi engine being equipped. 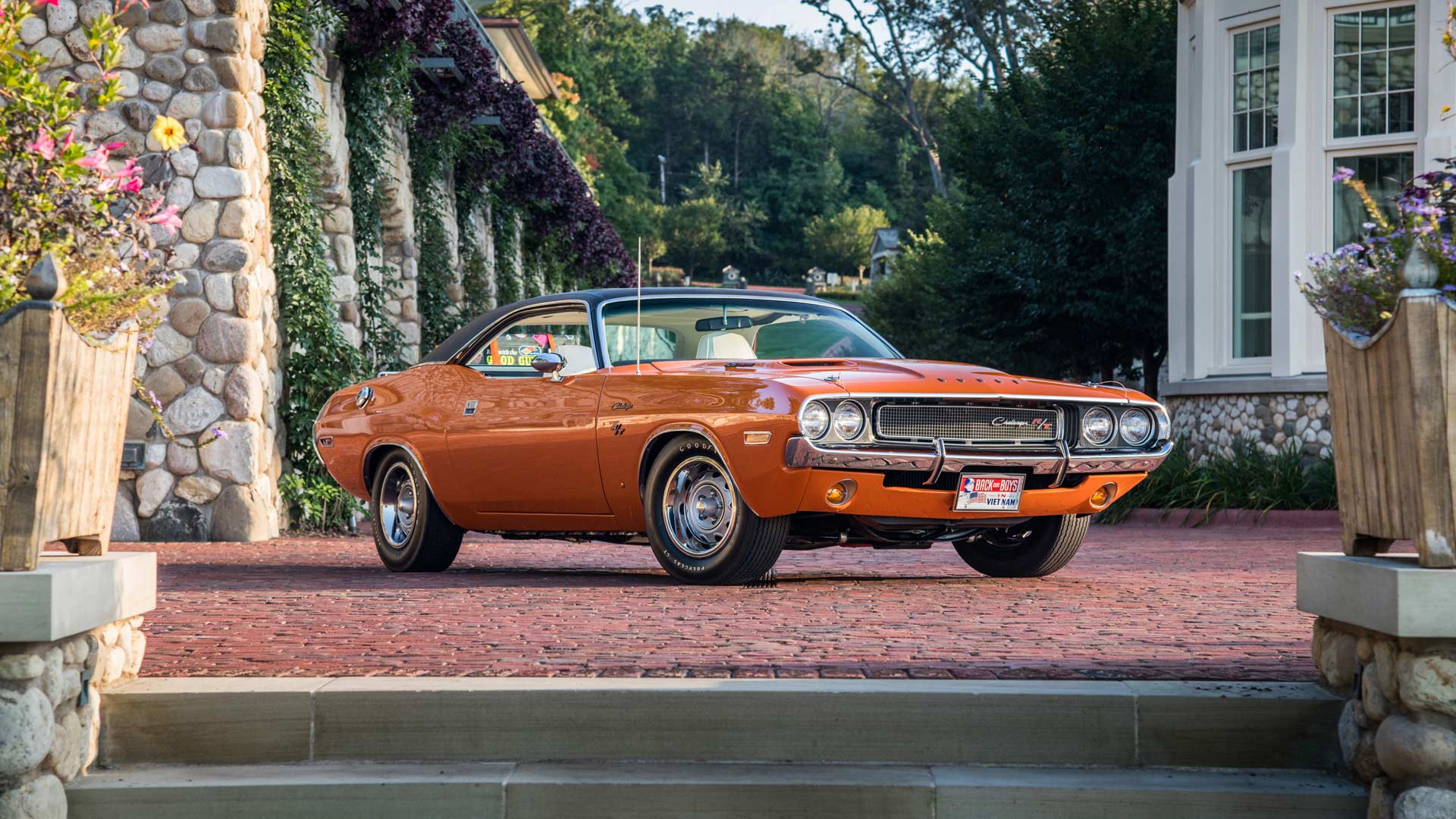 The option that makes this car unique is the sunroof. Mopar historians believe that this was the only 1970 Challenger R/T to combine the monster Hemi engine with the M51 sunroof option.

Ticking this box meant the Challenger would be taken from the production line in October 1969 and handed to Detroit-based ASC. The company would complete the official sunroof conversion, before the car went on to its life in California.

Steve Juliano, the late car collector and restorer, would come to acquire the car. The unique sunroof Challenger R/T would be the final restoration project completed by him. 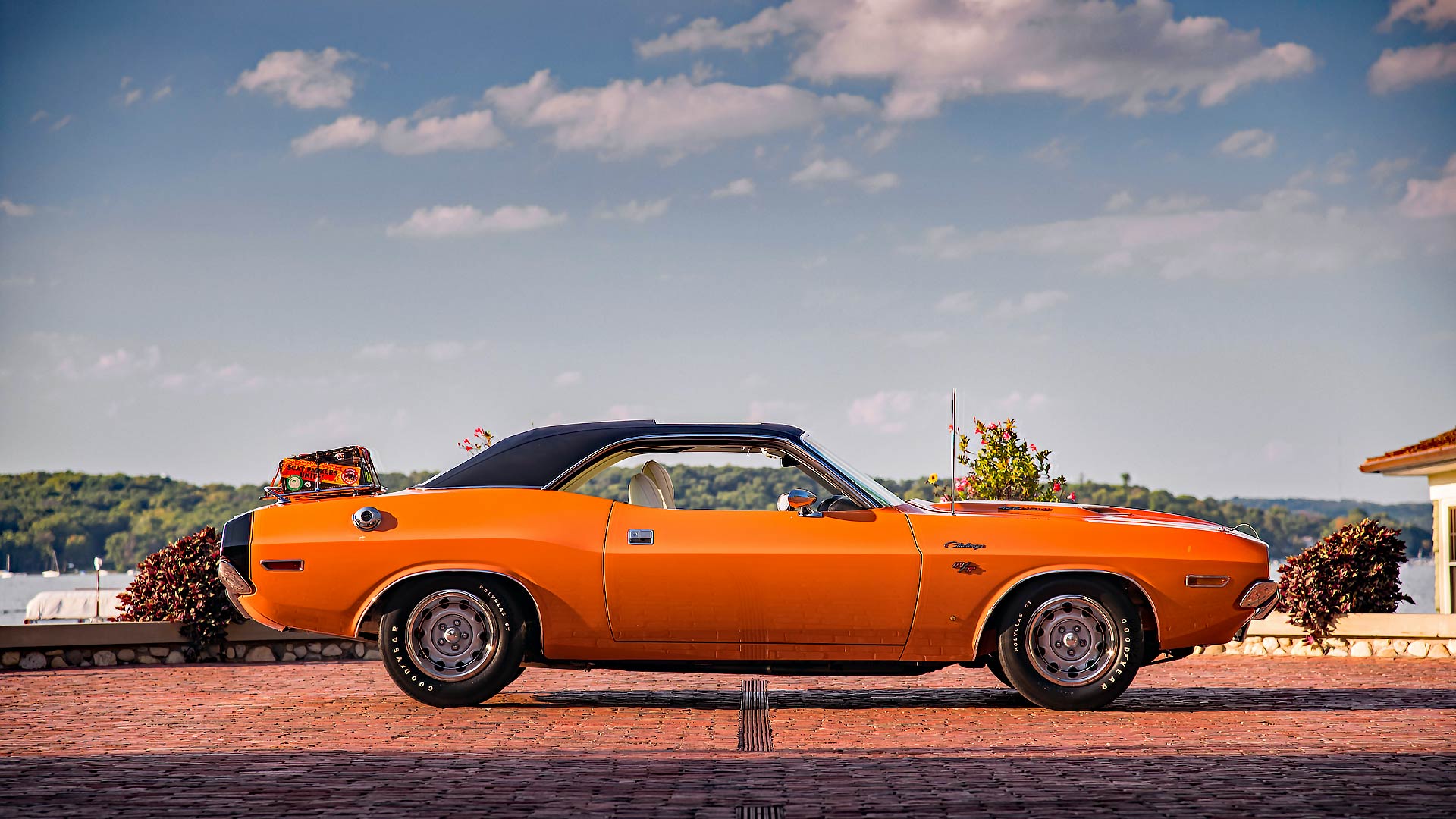 Juliano spent more than thirty years creating an extensive collection of cars and motoring memorabilia, including restorations made in painstaking detail.

This Hemi Challenger R/T still wears its original bodywork, and has the same Hemi engine it left the factory with. Inside, the dashboard is original, whilst the optional Rim Blow steering wheel is a new old stock item.

The Rallye wheels wear period-correct Goodyear Polyglas tires, serving as a reminder of just how much attention was paid by Juliano.

Just how expensive is a unicorn? 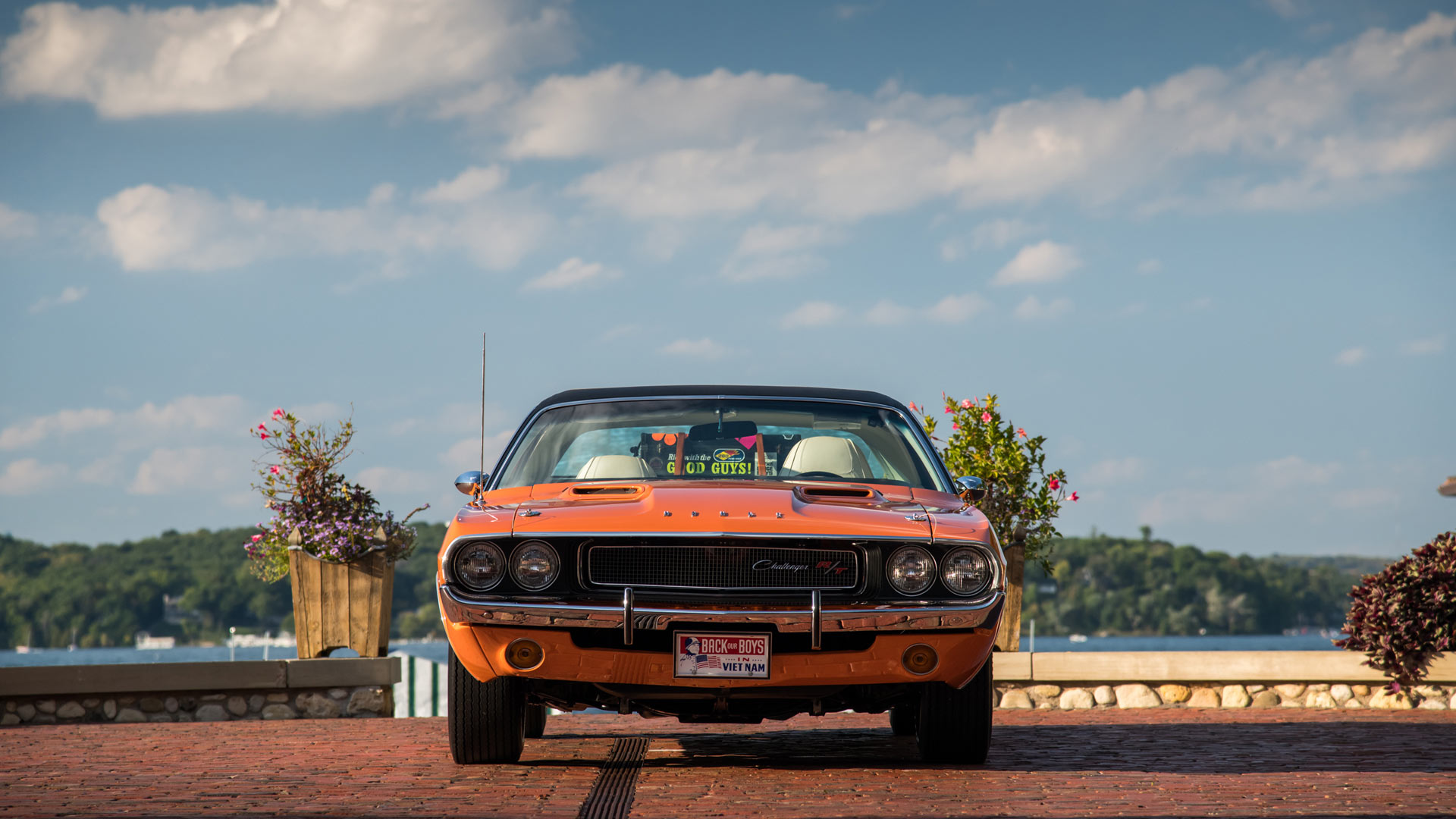 Trying to place a value on this unique Mopar machine is not an easy task.

Examples of the nine Hemi-powered Challenger R/T convertible frequently top more than $1.5 million at auction, like this car sold in 2019.

A closer comparison might be the 1971 Plymouth ‘Cuda convertible, of which only two exist with a Hemi engine and manual transmission. Mecum’s 2014 Seattle sale saw one of these cars sell for an incredible $3.5 million.

No silence needed in this gallery 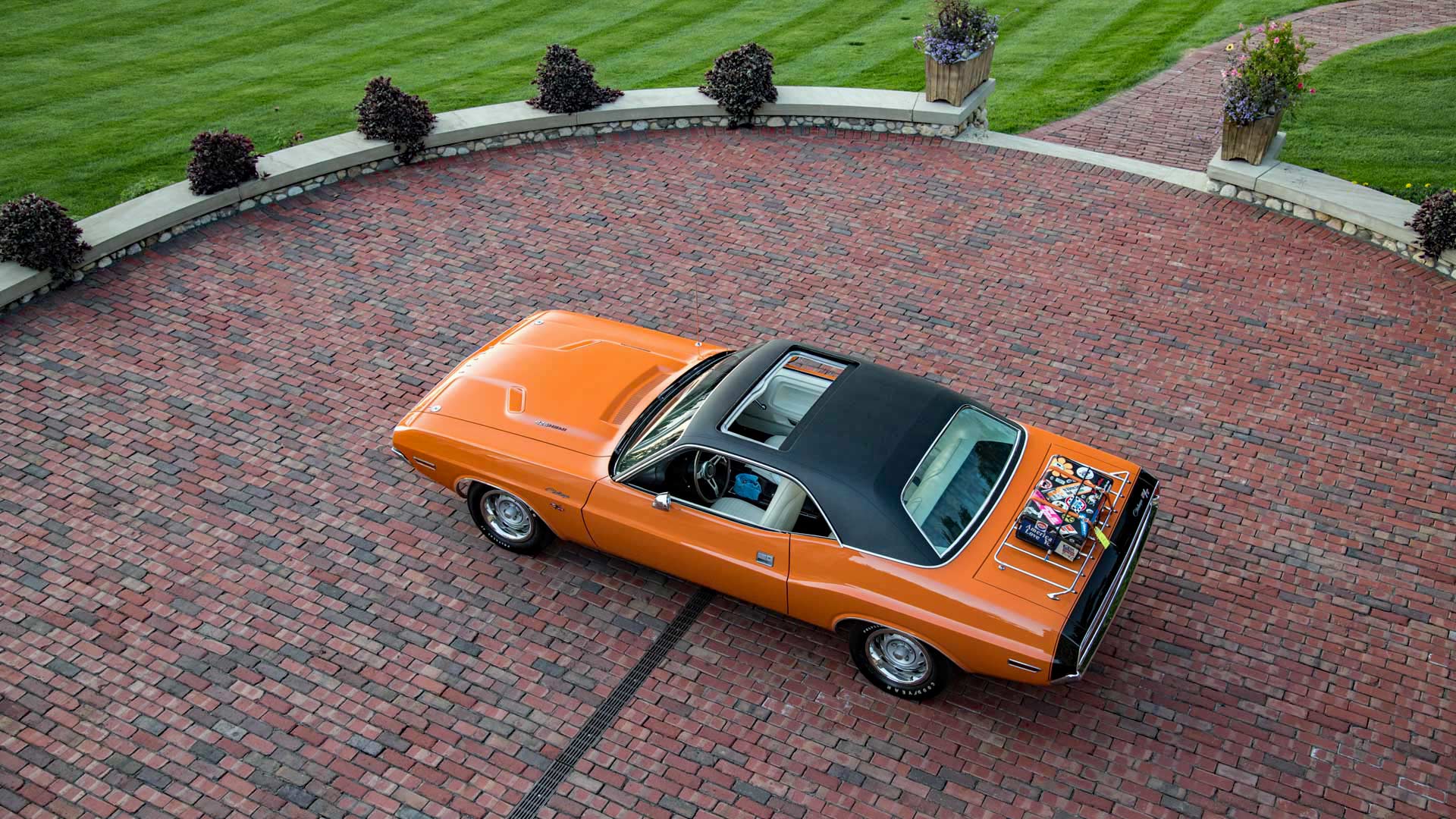 Mecum is also currently advertising the sunroof Hemi Challenger R/T as part of its Gallery sales platform. This allows buyers to deal directly with the company to buy a car, rather than through the traditional auction route.

The car was featured at the Mecum 2020 Glendale event earlier in the year, but for now remains unsold. No price is listed, leaving serious buyers free to negotiate.

Whatever the cost, this sunroof Hemi is likely to be worth the price for the muscle car collector who already has everything.

Both Steve McQueen AND Carroll Shelby owned this classic Chrysler