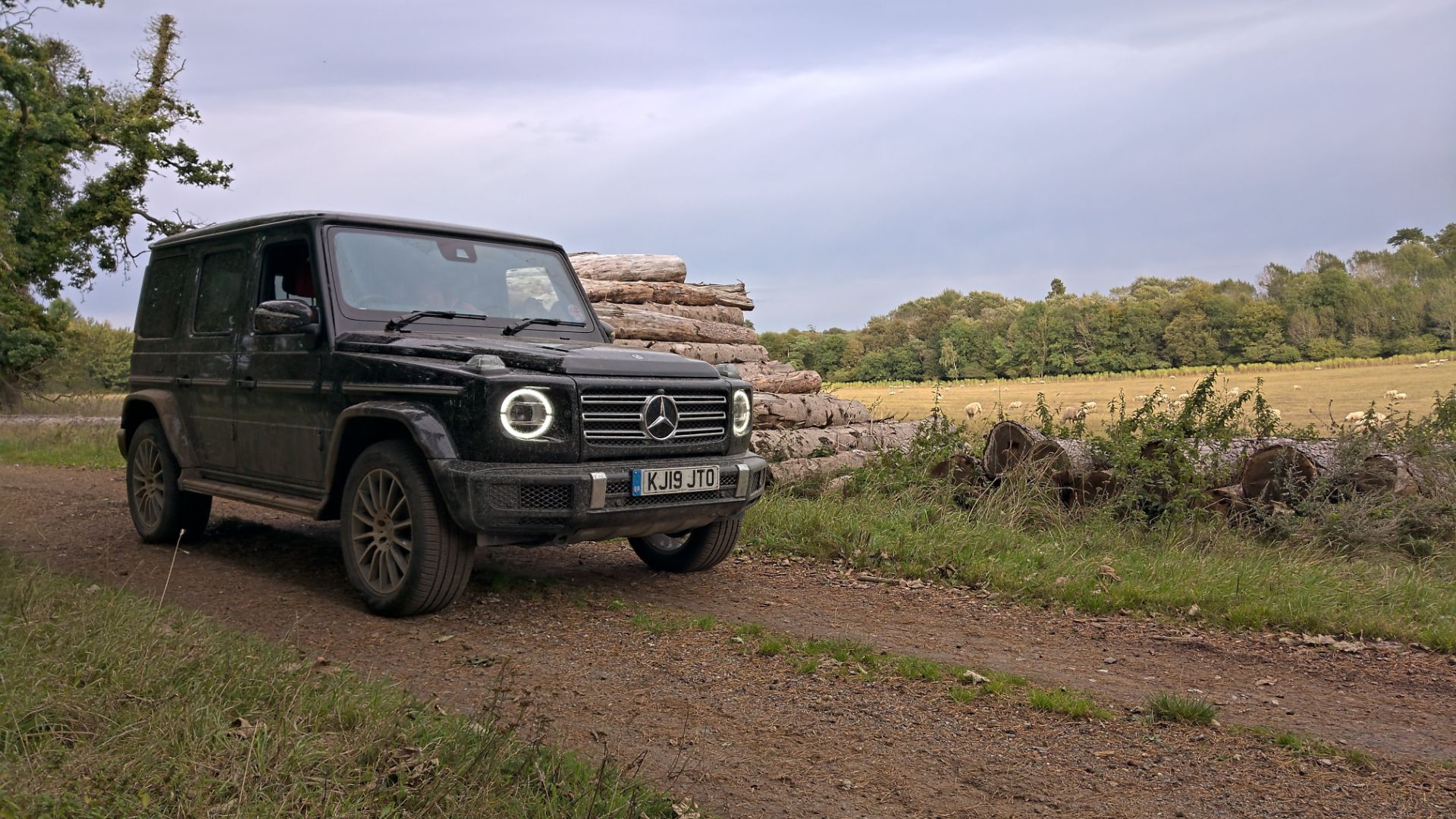 The image of the Mercedes-Benz G-Class in recent years is that of a Sunset Boulevard cruiser kept in production by the Kardashian family, who seem to have at least one each. It’s also best-known today as the G63: an AMG V8-powered brute with garish wheels and trumpeting side exhausts.

The rise to Instagram and rap video stardom of the big G seems contrary to its original purpose. After all, Geländewagen, roughly translated, means ‘go-anywhere car’.

When we tested the aforementioned Mercedes-AMG G63 last year, we couldn’t help but hanker for the diesel version with small wheels. Well, now we’ve had one.

More refinement on the road 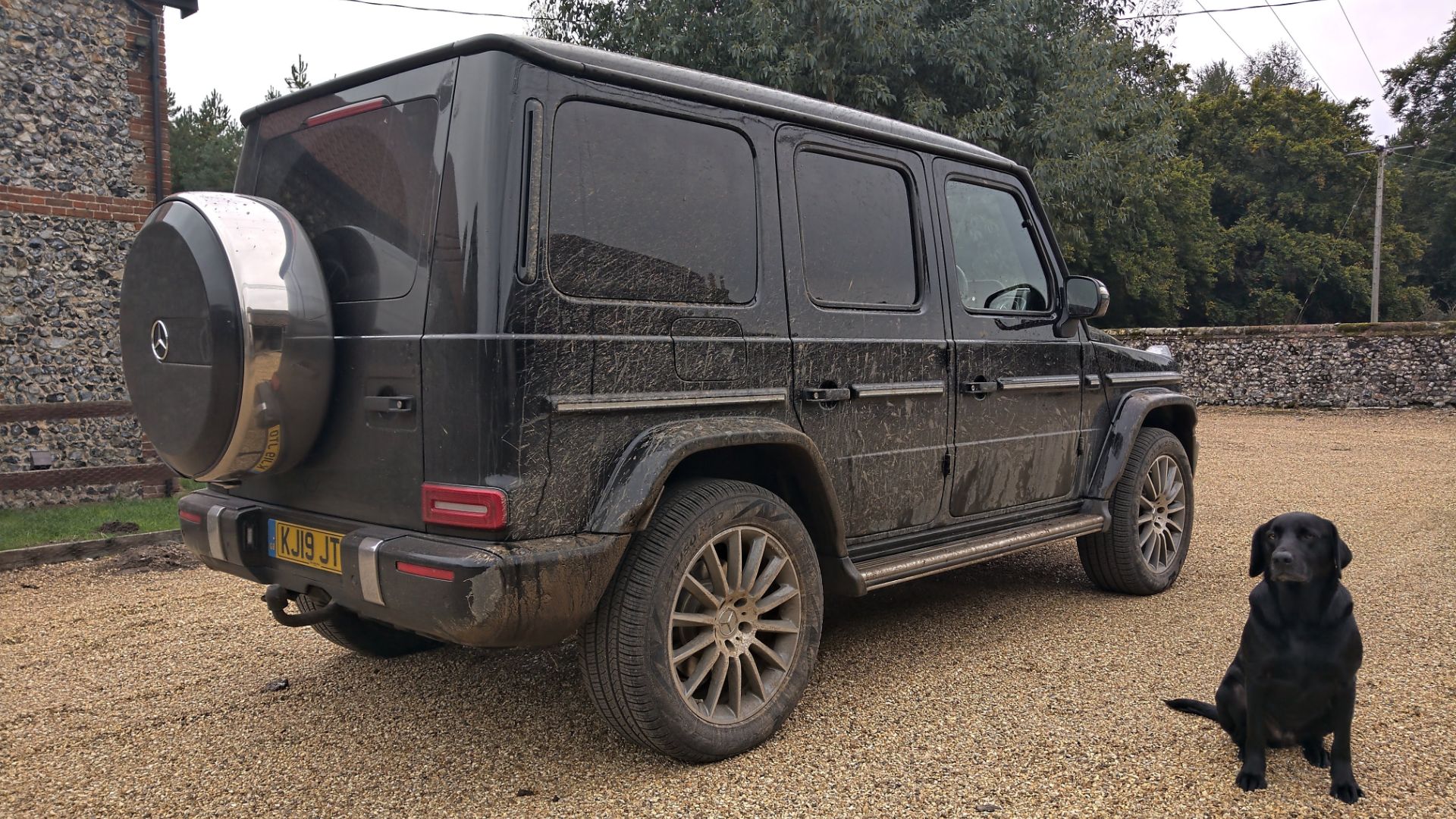 For the past 40 years, the G-Class has been rivalled only by the Land Rover Defender for off-road capability. That was down to its three locking differentials and, until very recently, a solid axle at the front and rear. The G, like the Defender, has remained faithful to an old-school template – and has somewhat suffered for that as a road car.

Apart from being fitted with tyres made for supercars, the old one also handled like an old Land Rover. Indeed, grippy rubber only highlighted its limitations all the more. We’re pretty sure you could cock the inside front wheel in tight corners if you were brave enough.

The new G has gone independent at the front end, although the back retains a beam axle. The result is transformative to its road manners – and it actually has more wheel travel for when you venture off-piste. 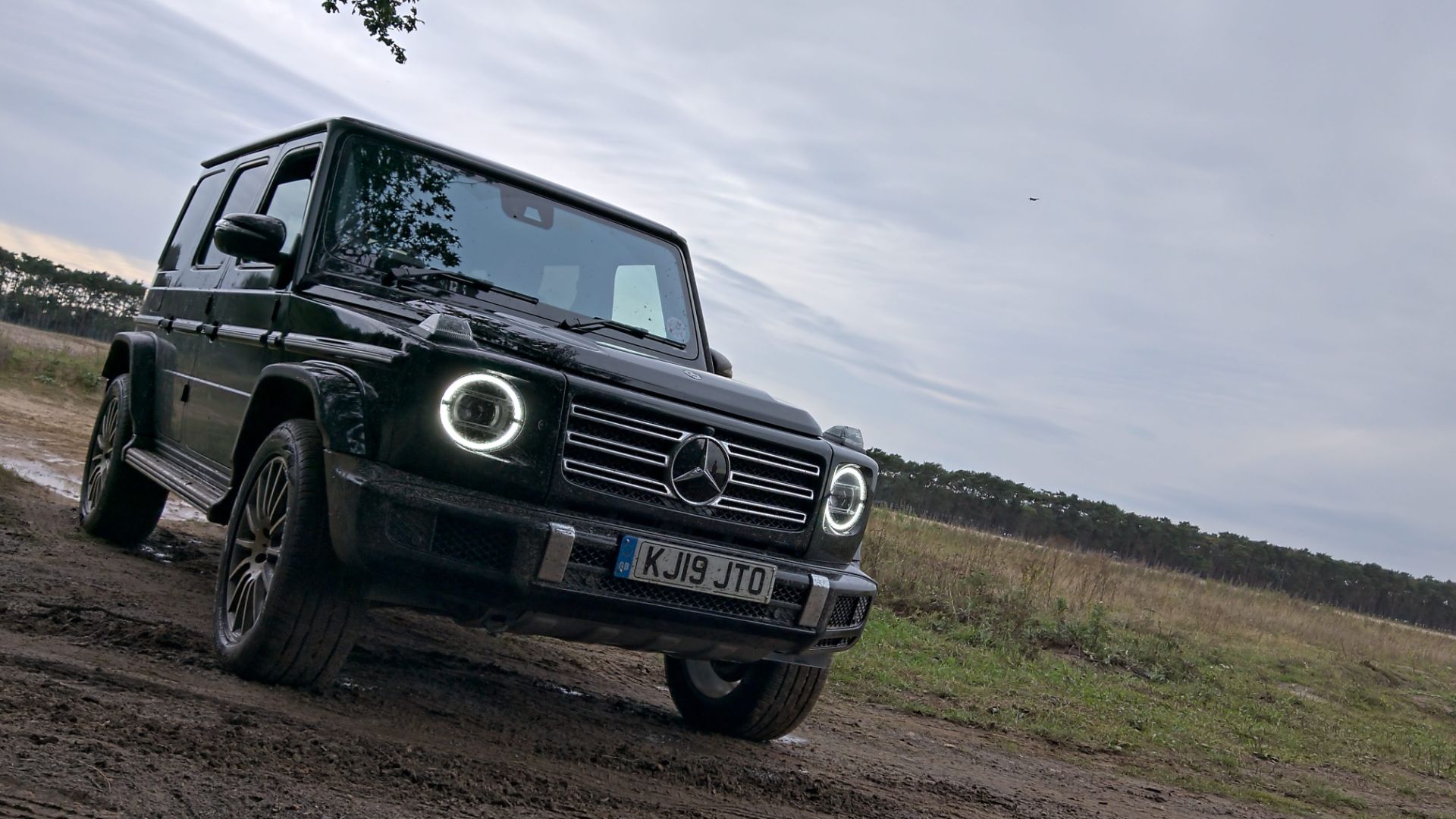 Also new is the 286hp 3.0-litre straight-six diesel engine, which is every bit as brilliant as we’d hoped. Coupled with Merc’s excellent nine-speed transmission, it’ll return 30mpg economy on a longer run – and shift all 2,600kg to 62mph in 7.4 seconds.

On the inside, it gets a contemporary cabin that feels like an S-Class in a greenhouse. Add it all up and you have a G-Class without compromise.

OK, maybe not entirely without compromise. The G is a bit of a brick, so wind noise can be intrusive at speed. But we’d be reluctant to sacrifice those chunky looks in the name of better refinement.

The art of articulation 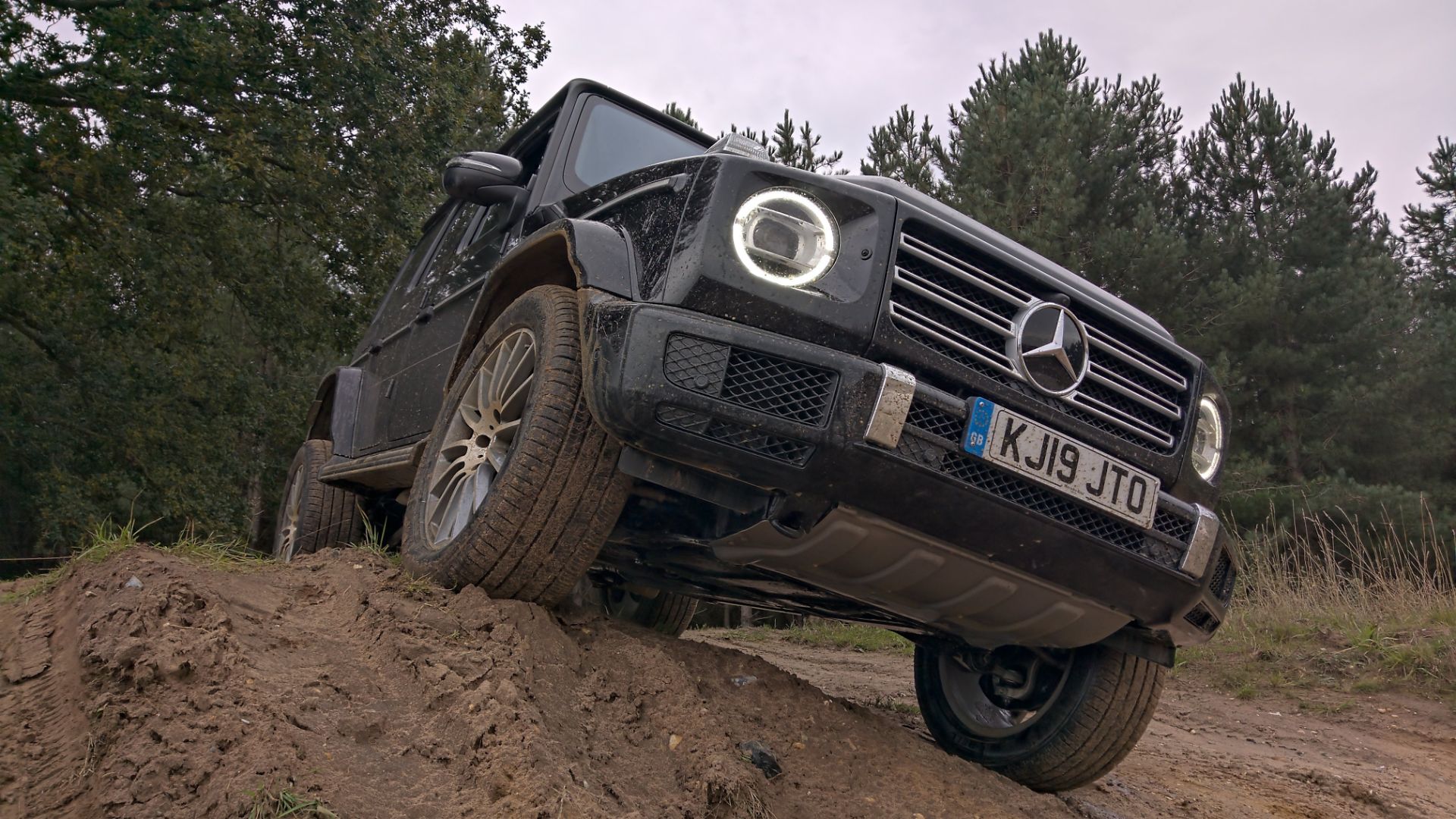 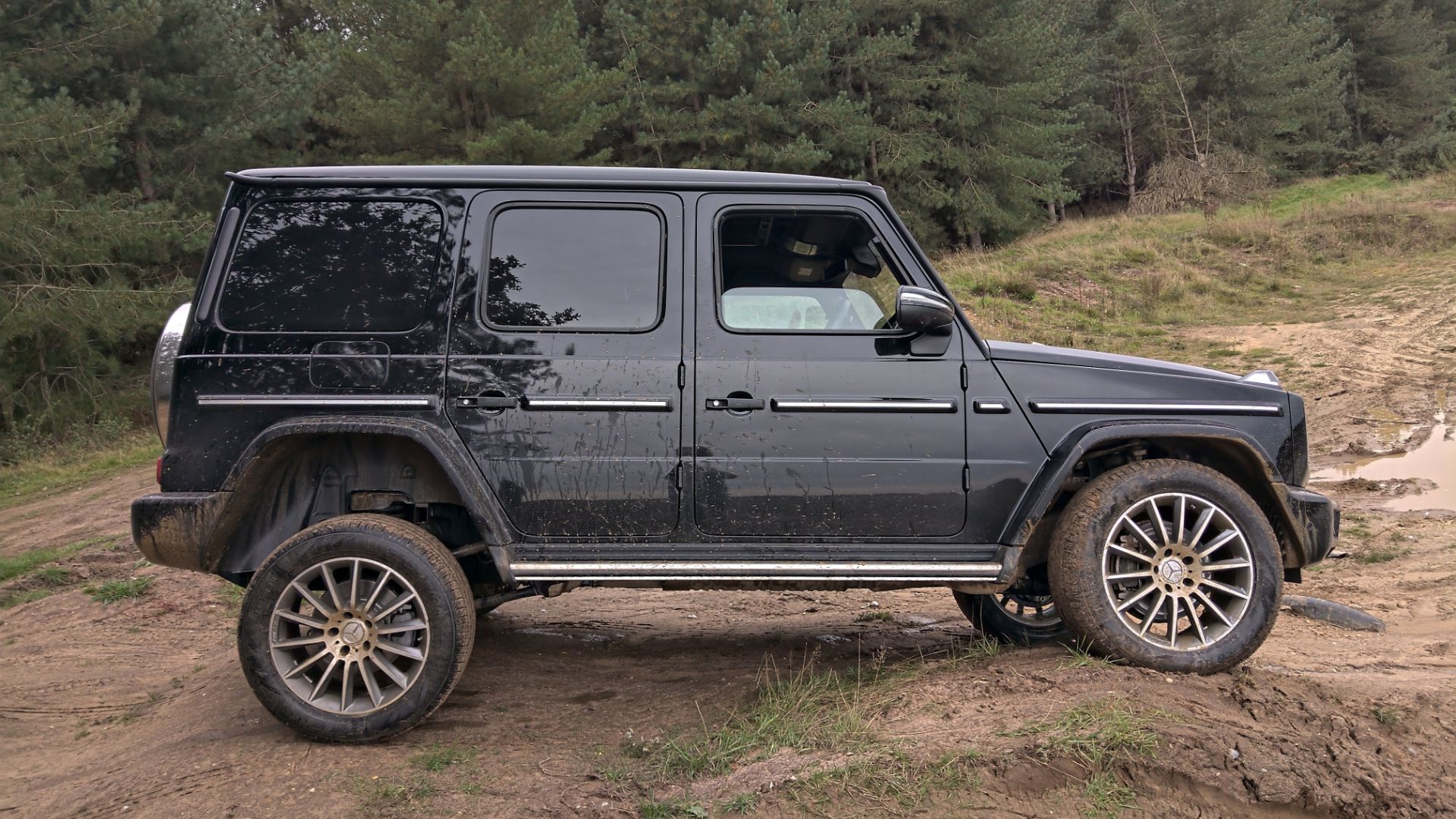 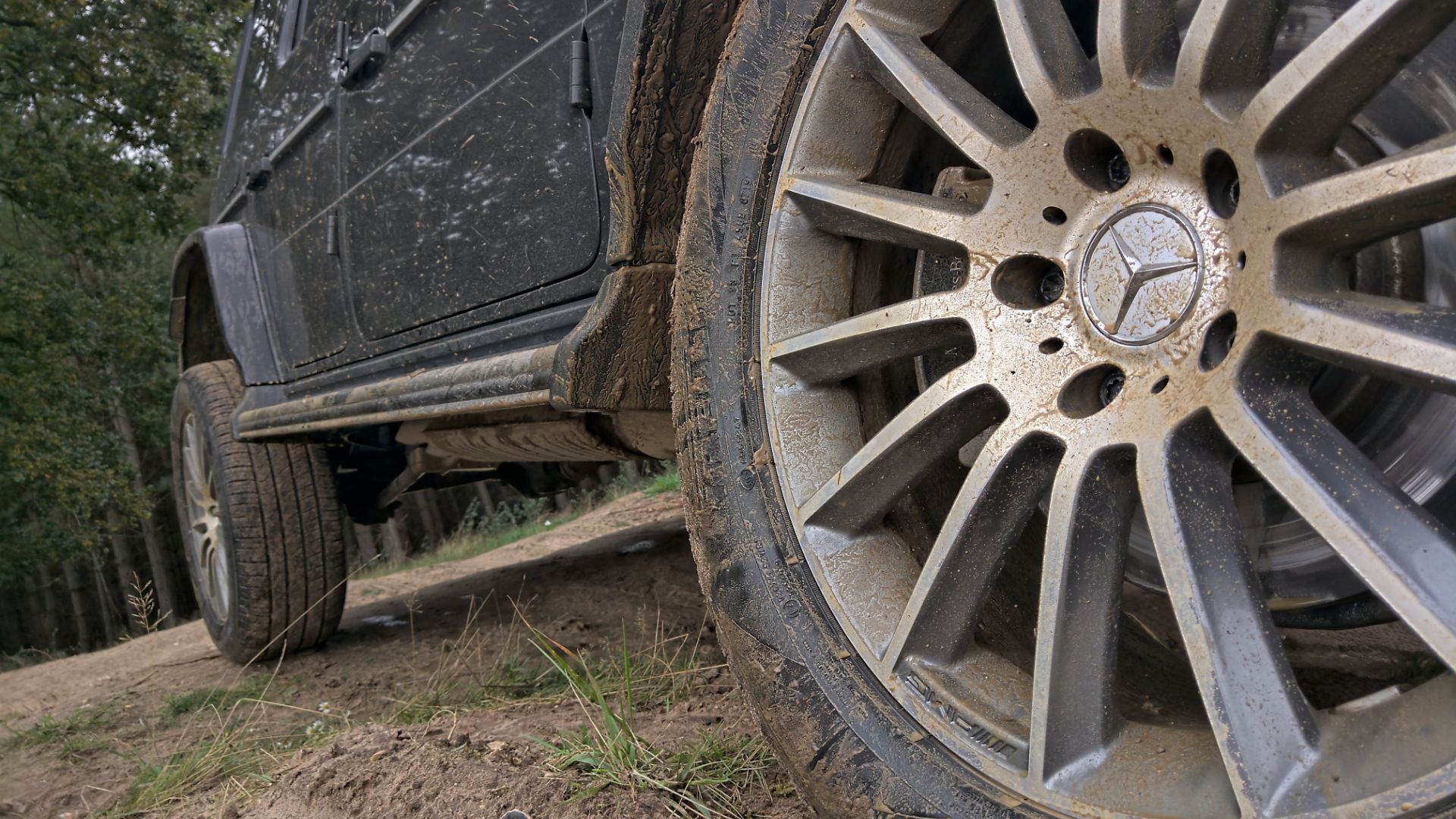 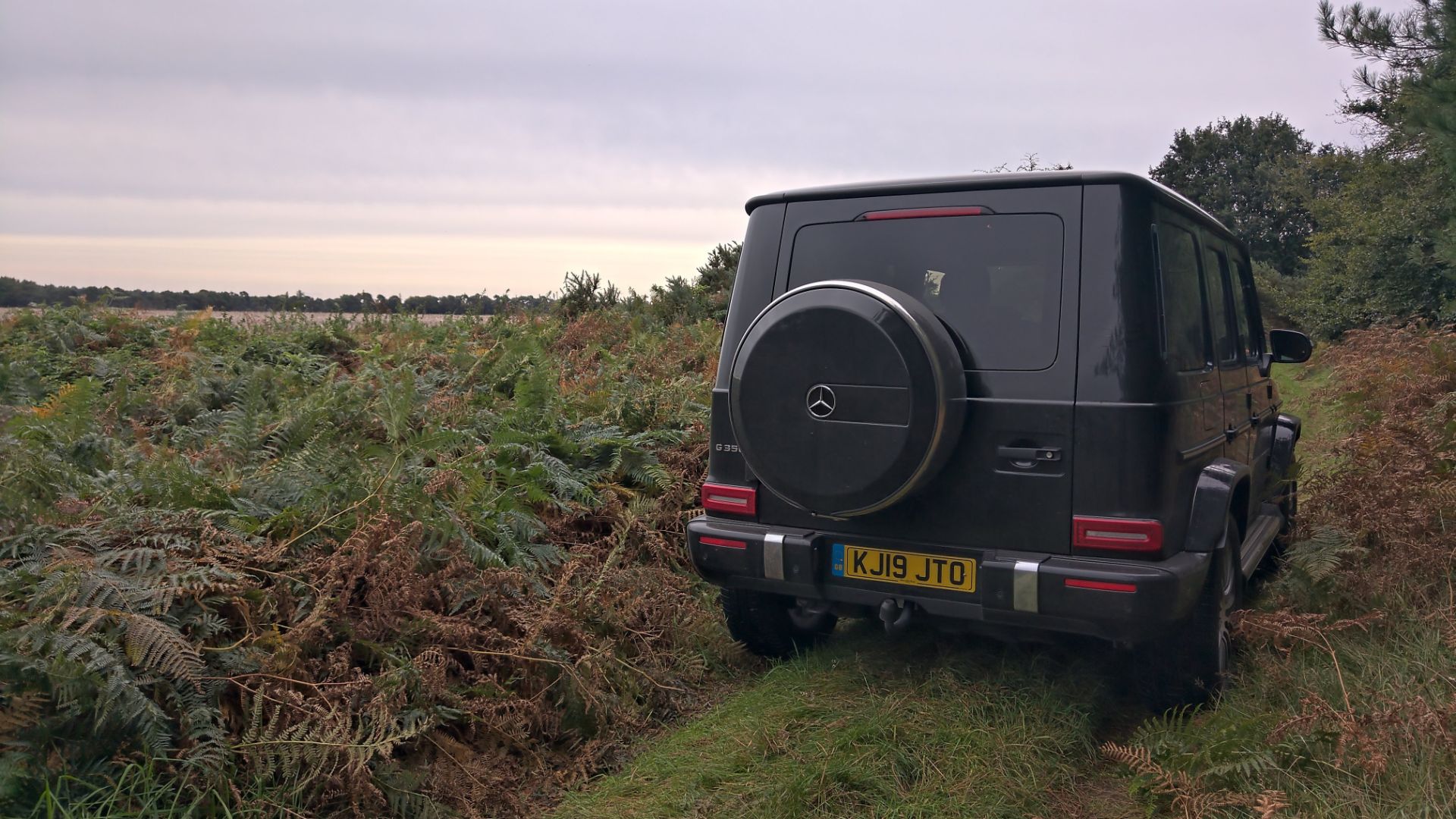 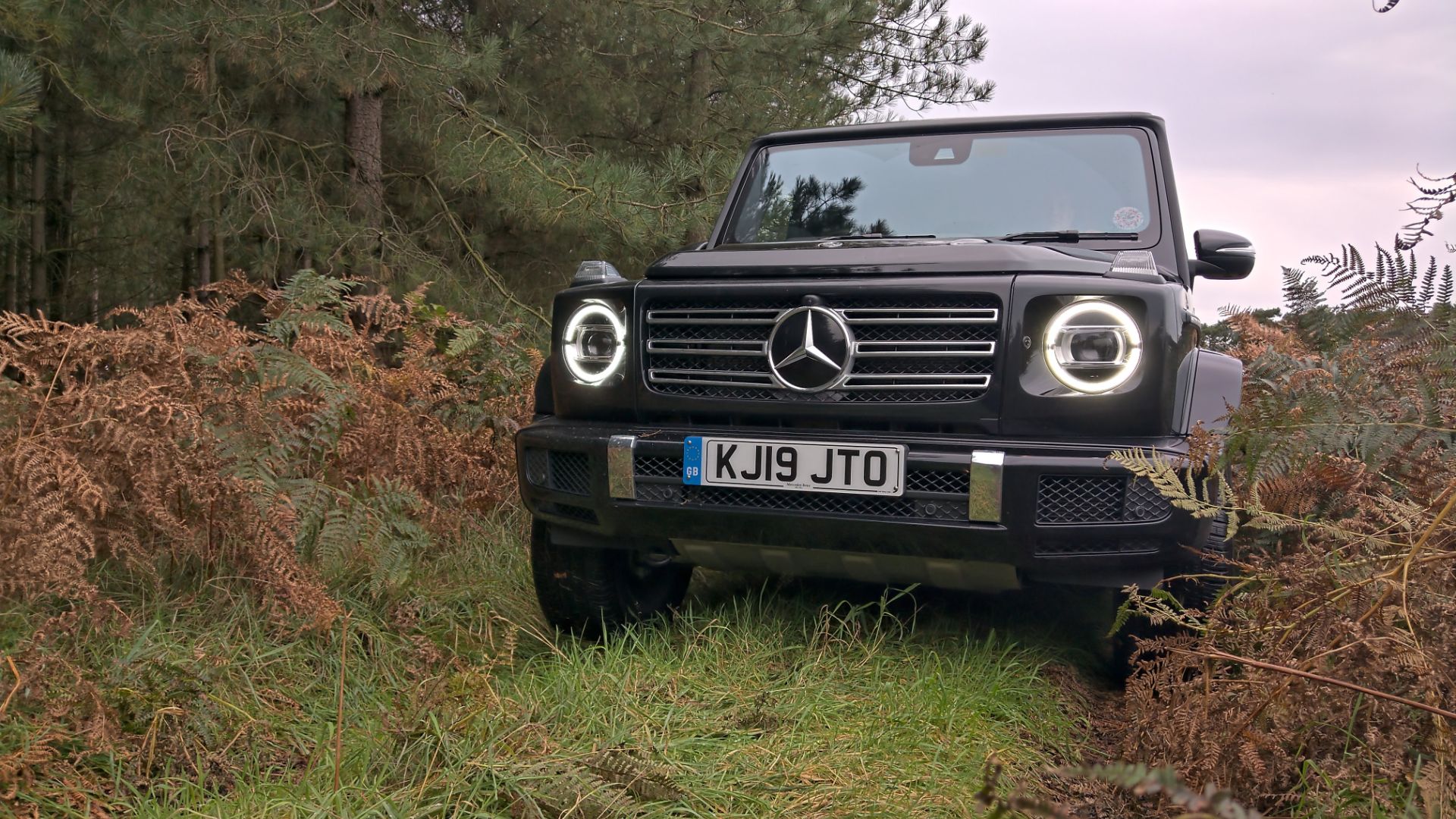 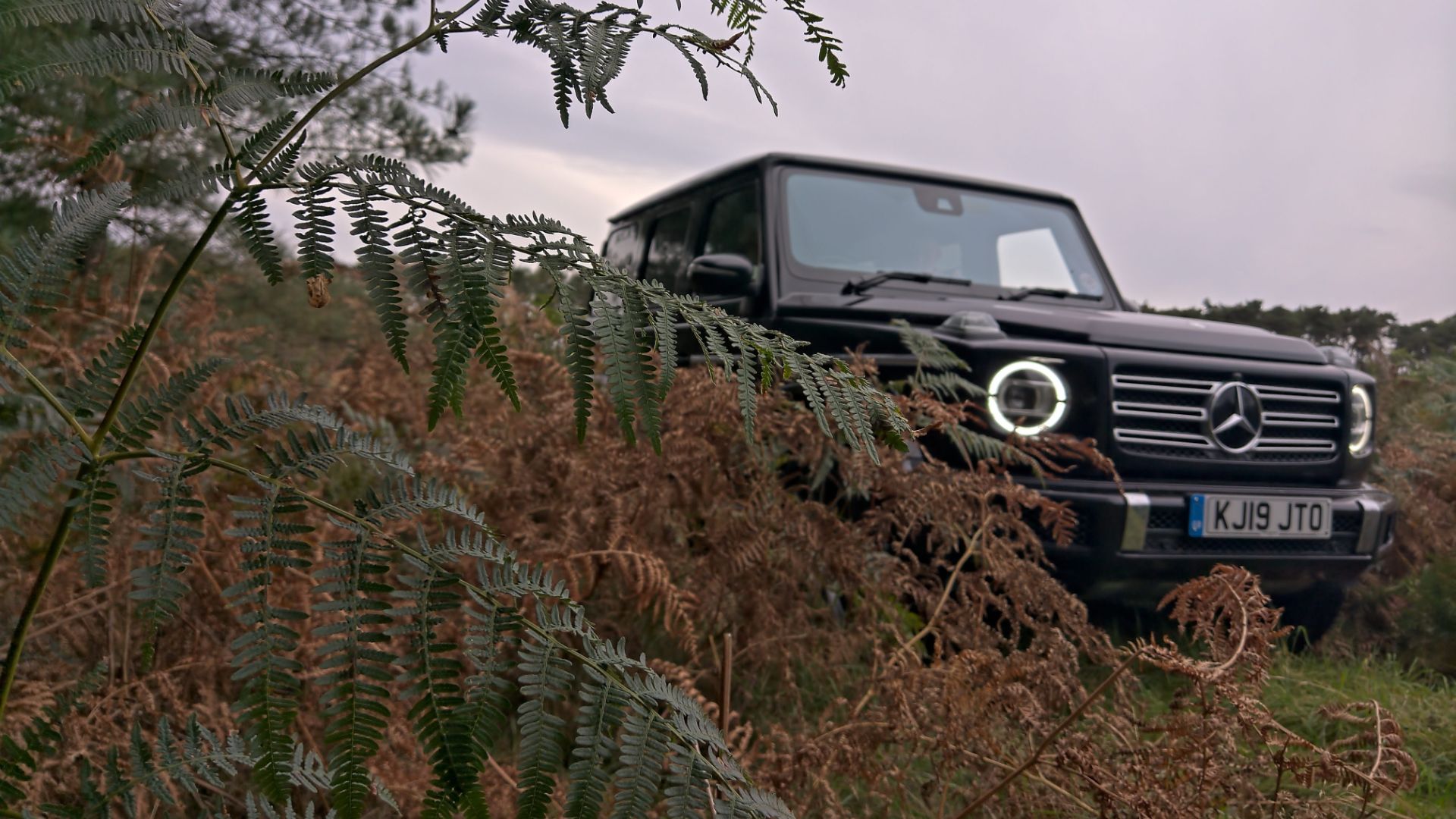 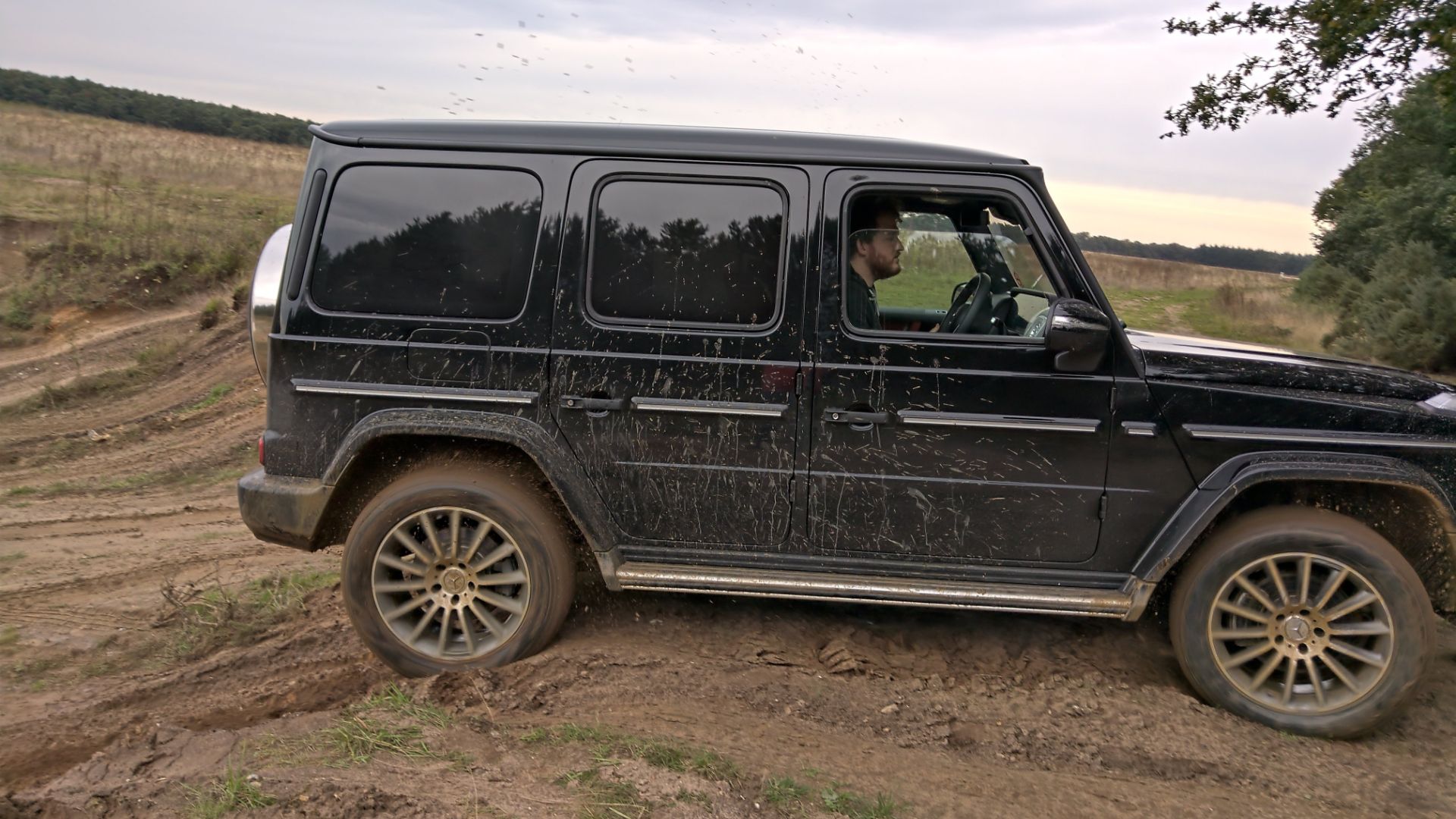 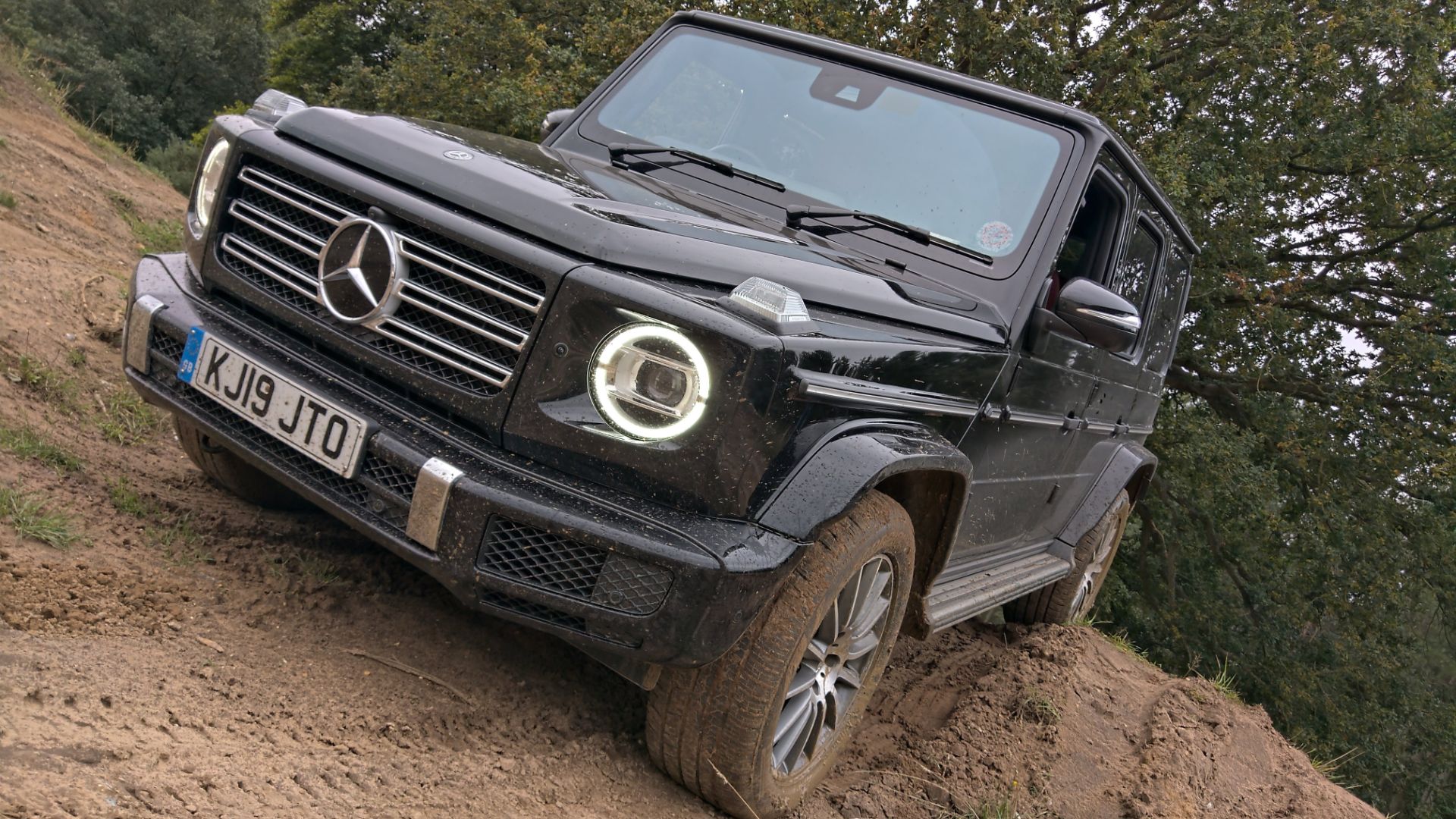 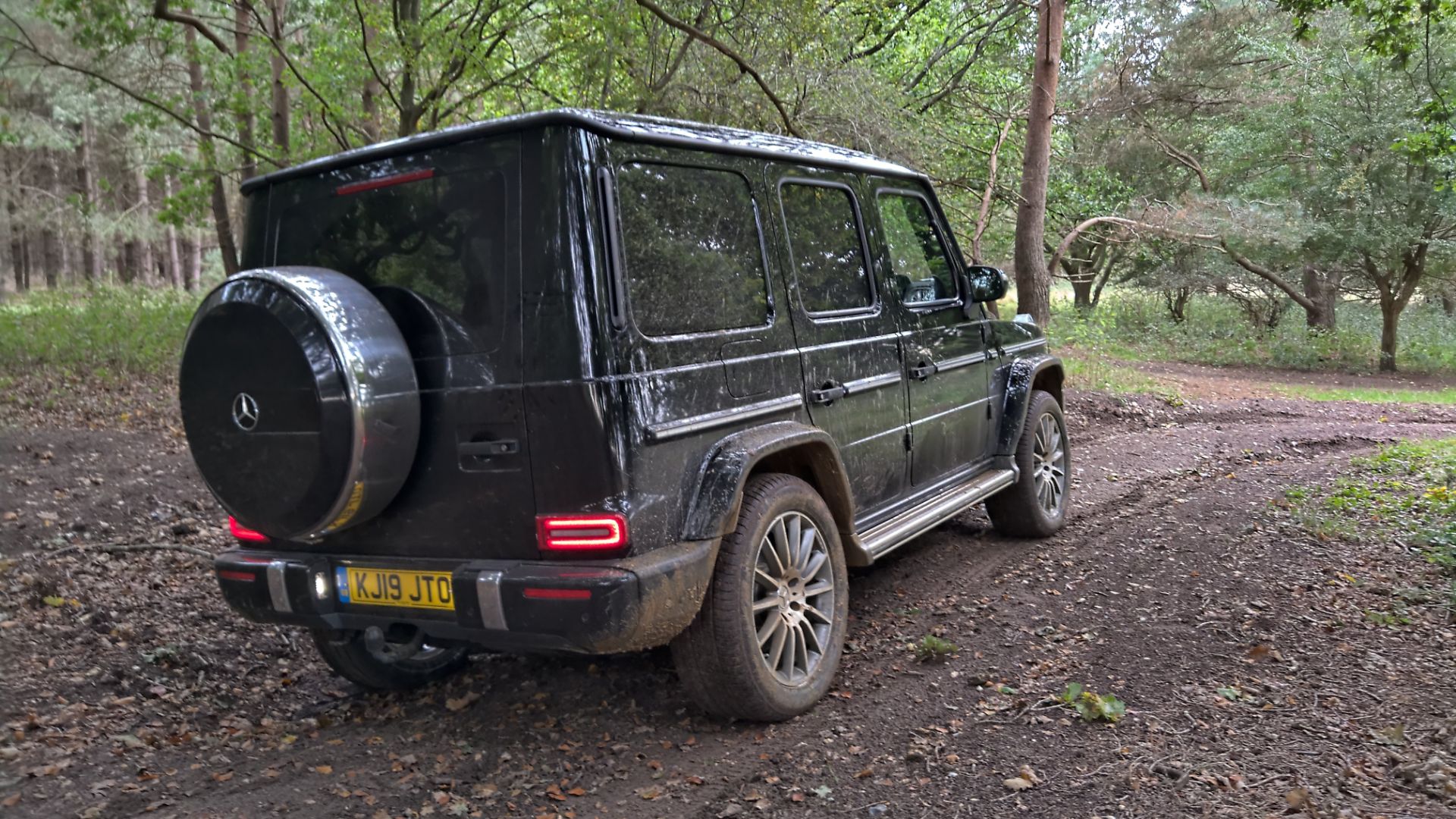 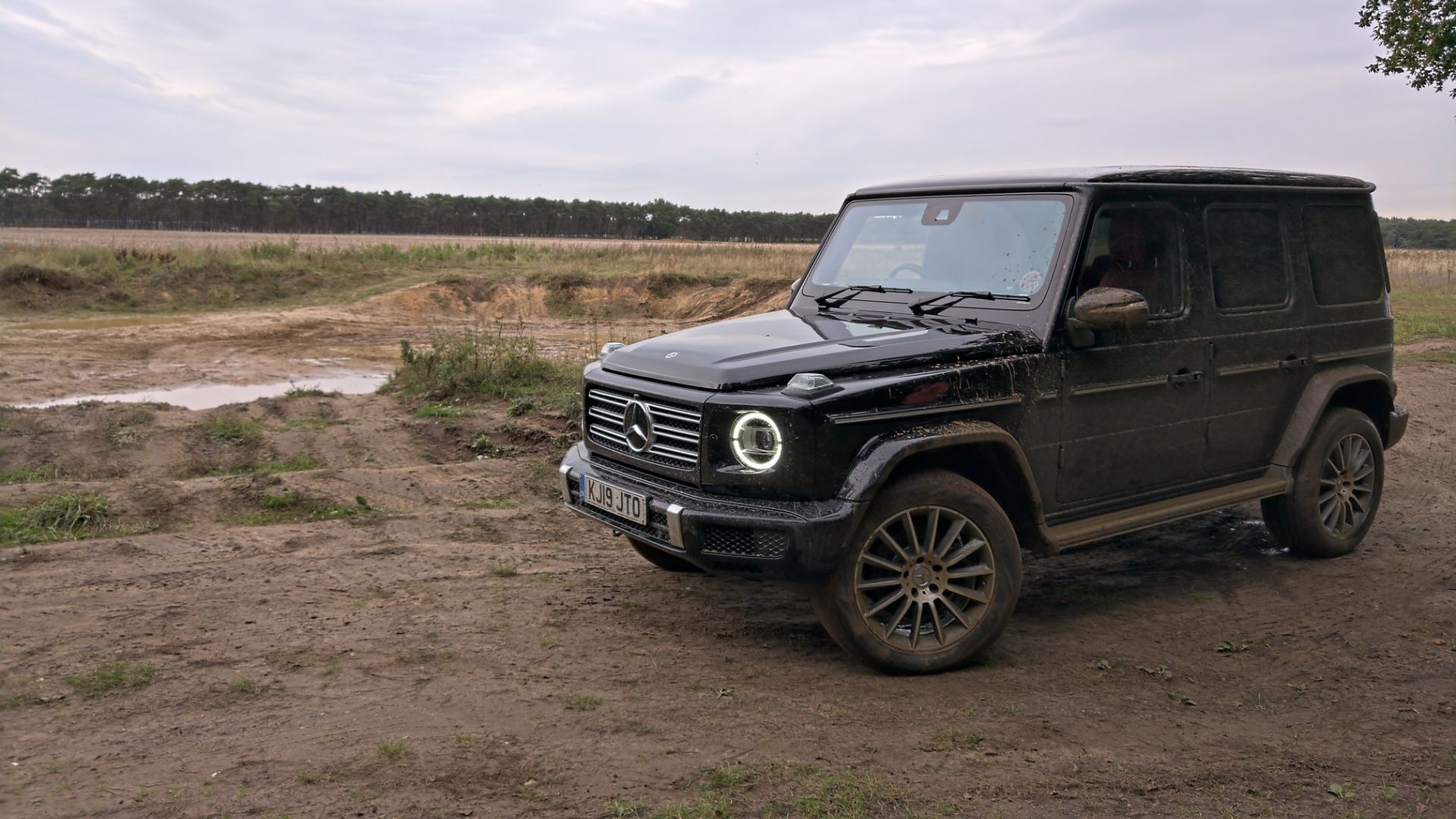 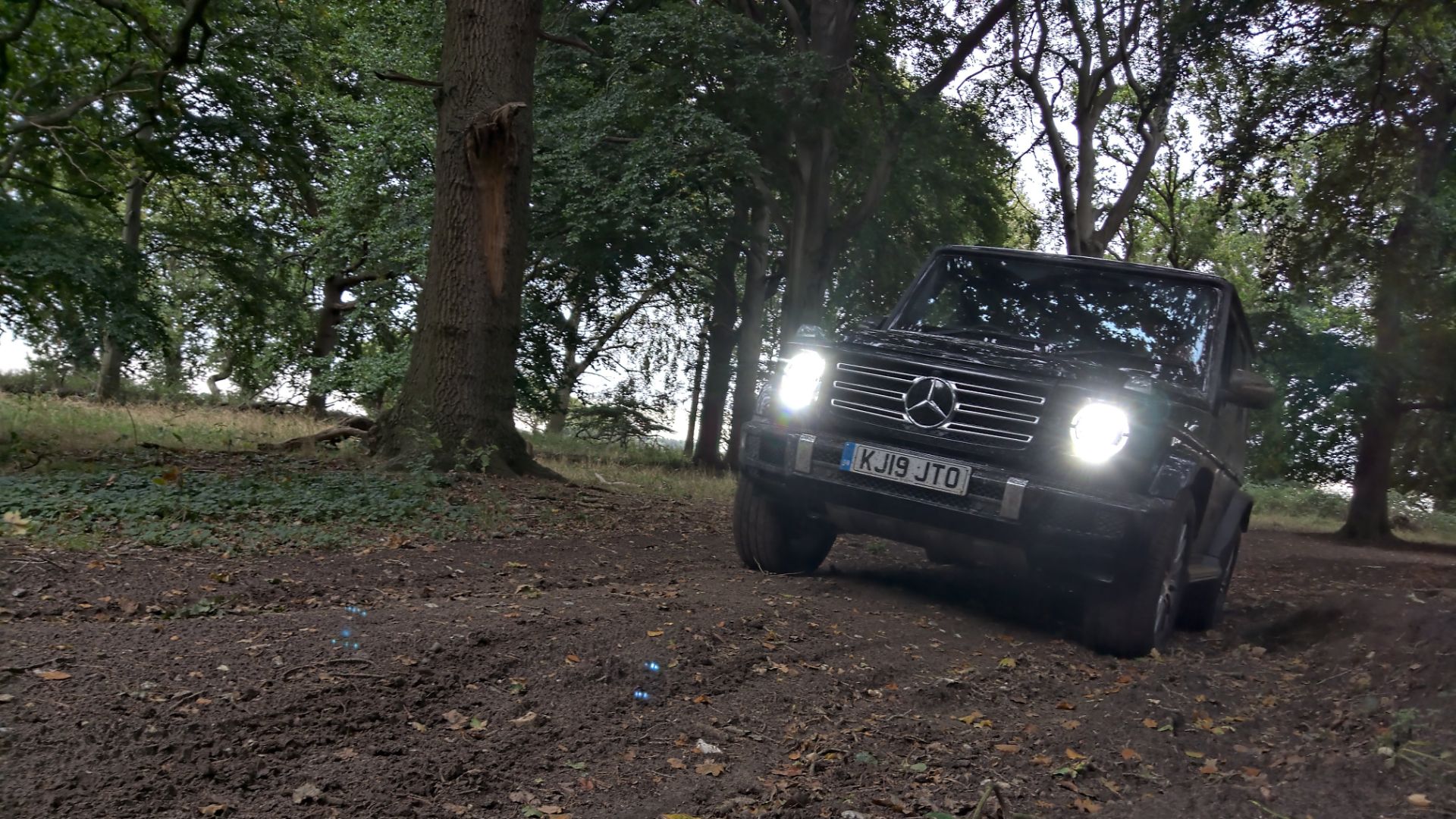 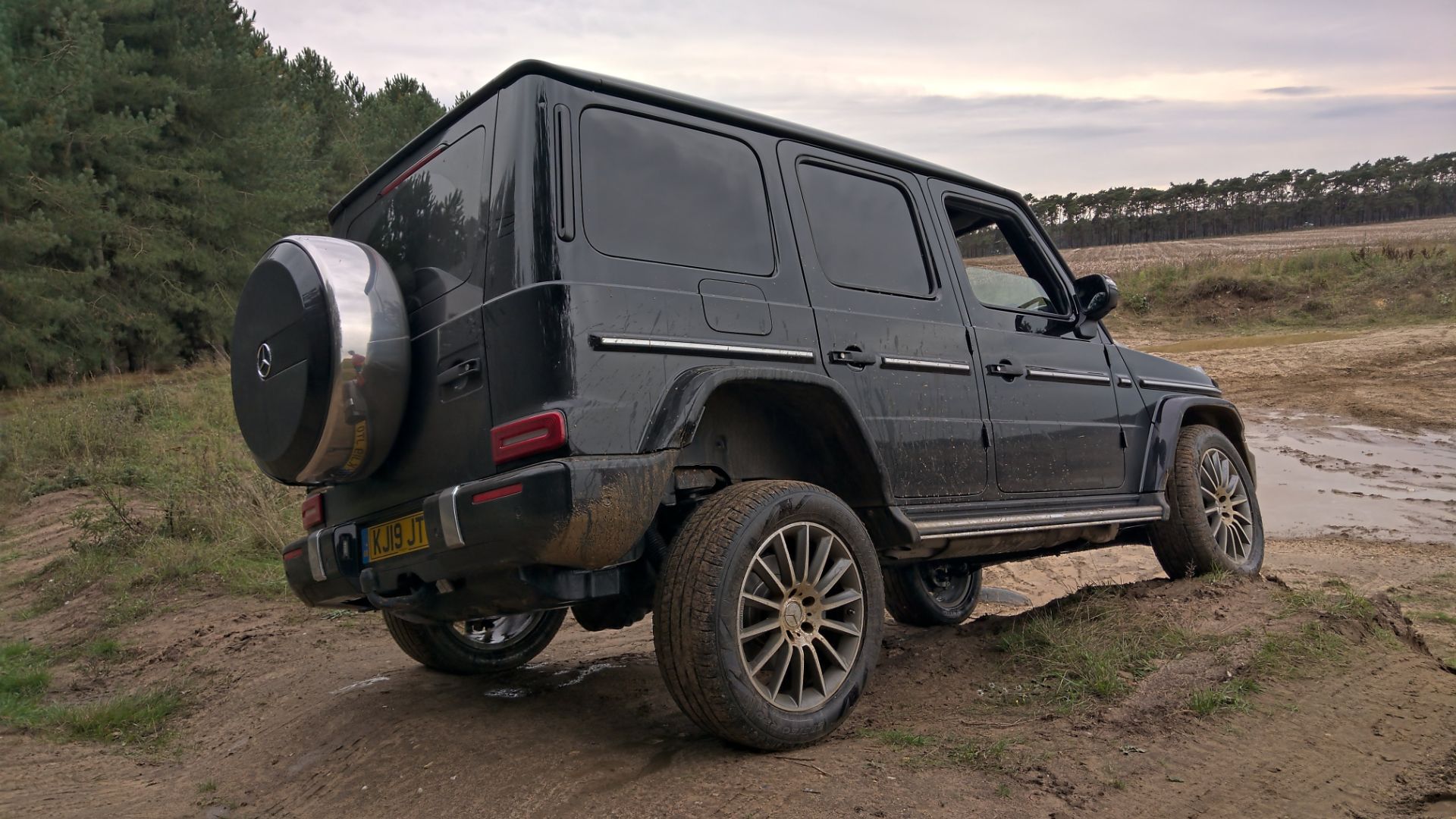 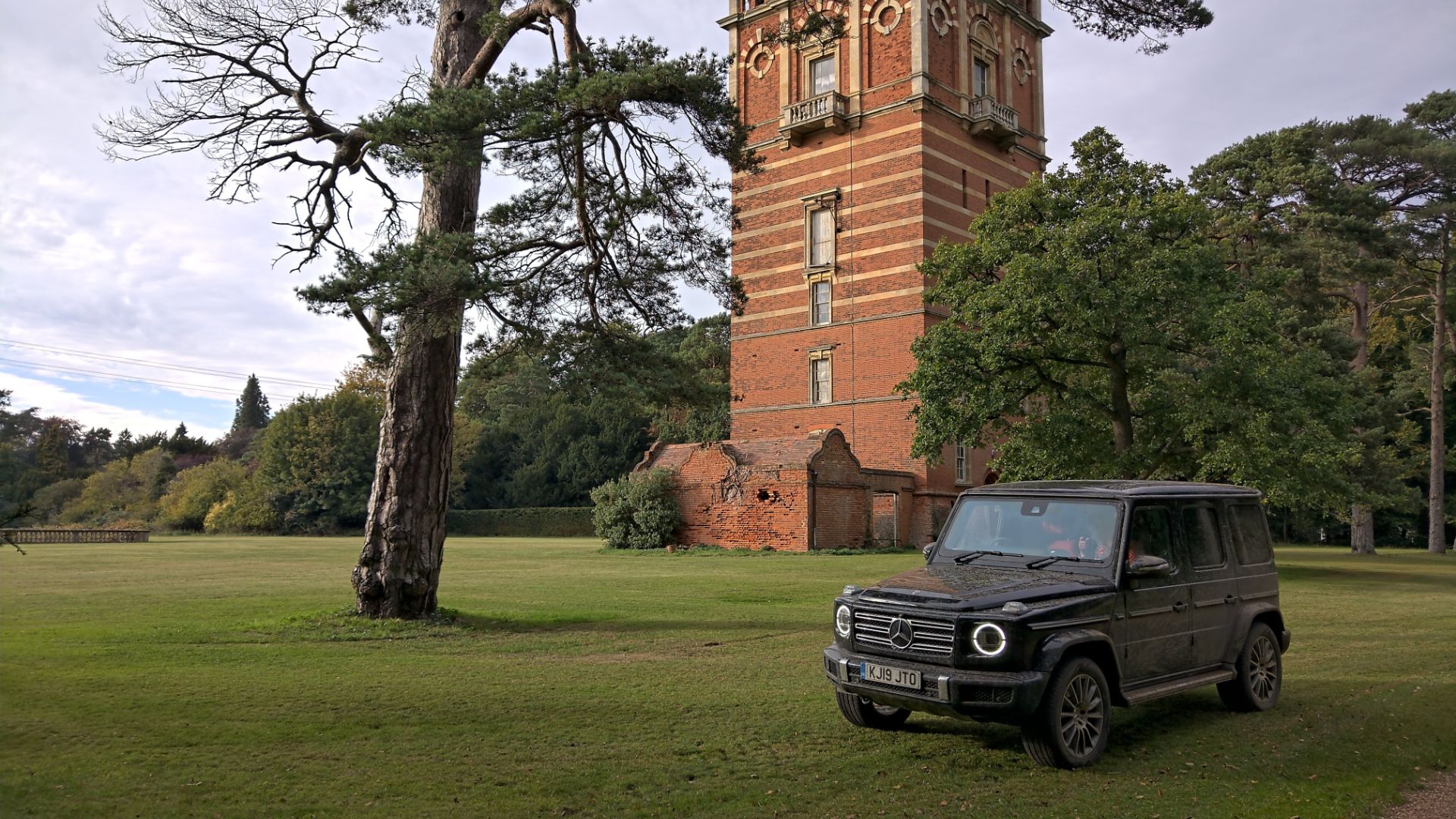 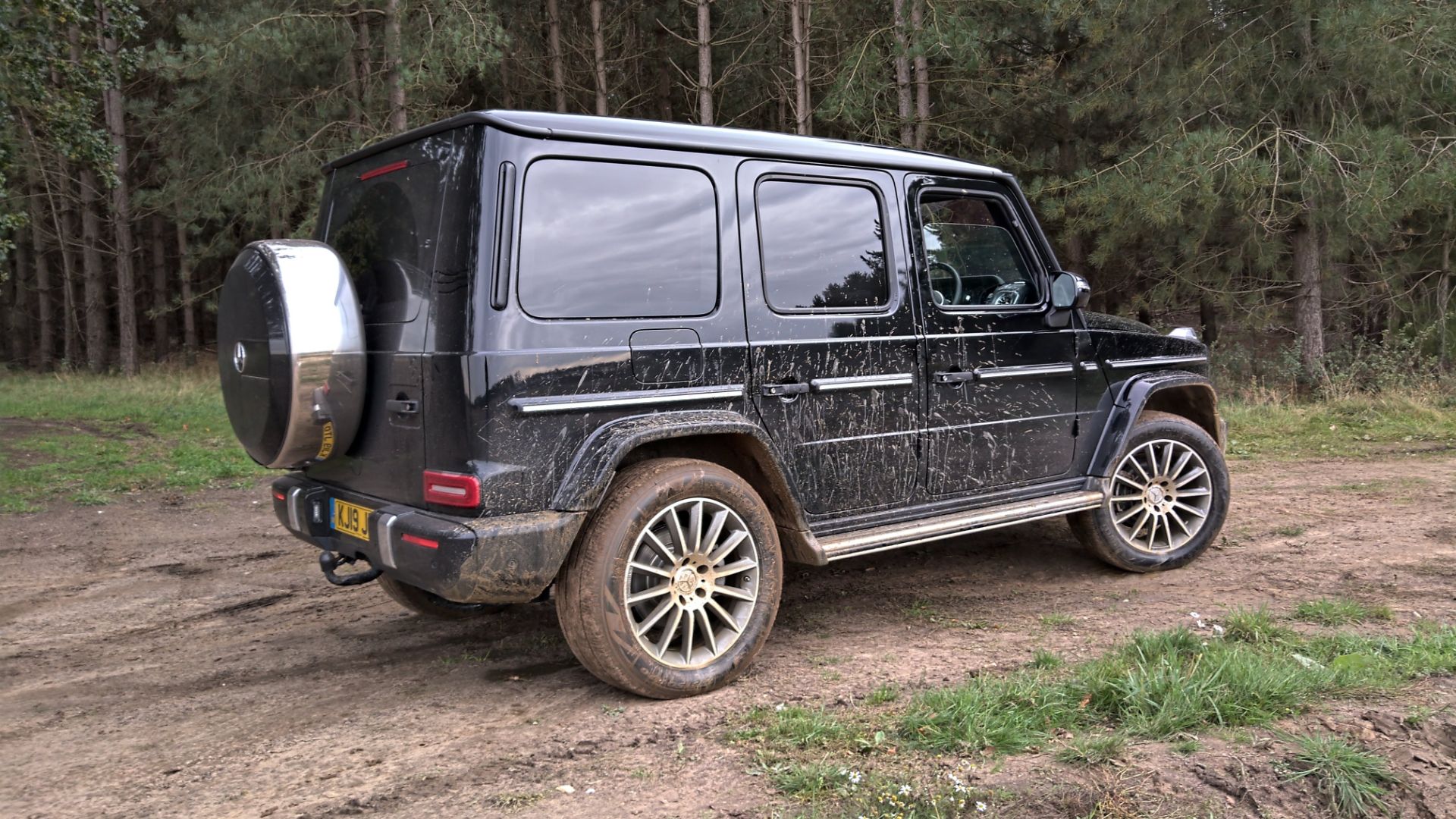 We then took to the Norfolk and Suffolk countryside in search of somewhere to test the G’s off-road skills. Although 20 inches is quite large for an alloy wheel, they still leave room for thick-walled all-terrain tyres.

Traversing the rutted forest trails, the G made short work of uneven surfaces: 40mph was smooth as silk. An old Defender would have been in bits in our dusty wake. After a bit of exploring, including a dead-end excursion into the woods, we found a suitable testing spot.

A crater, which obviously saw regular use by local off-road enthusiasts, offered descents of varying levels of severity down into its claggy depths. The short overhangs and impressive articulation of the G-Class would be a real boon here.

We exited the bowl up a middle-tier ascent, with ruts part-way up, and clambered out with the suspension at full flex. It gave onlookers a nice view of the dual-reservoir shock absorbers at the rear. 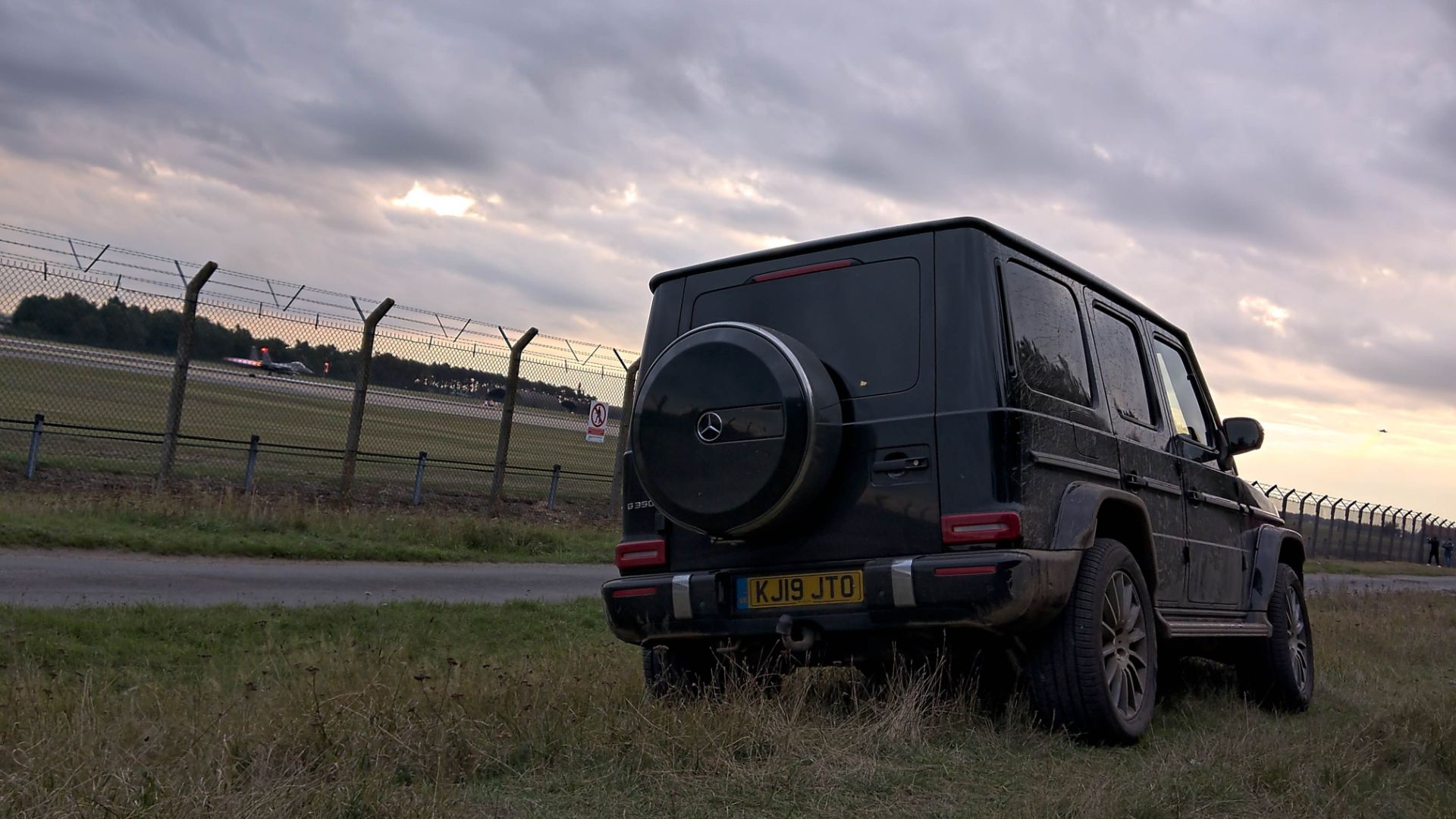 OK, so we weren’t exactly crossing the Darrien gap. But for all its bling, its ambient lighting and Burmester stereo that costs as much as a whole classic Land Rover, the Mercedes never felt out of its comfort zone. Its jutting wheelarches give a good perspective on the extremities of the car at the sides, helped by the all-round camera system. A lot of modern off-roaders feel like fish out of water in these scenarios. The G just doesn’t.

Allow us to paraphrase Jeremy Clarkson: if you have an expensive watch that can handle 2,000 feet of depth in the ocean, it makes you feel better when you drop it in the sink.

The G-Class is the watch you wouldn’t hesitate to take deep-sea diving. It’s an old-school mud-masher with a luxurious veneer, not the other way round. Then again, I had an inkling of that before even firing it up, with the industrial ‘chonk’ of the door slamming shut. It speaks of longstanding solidity. 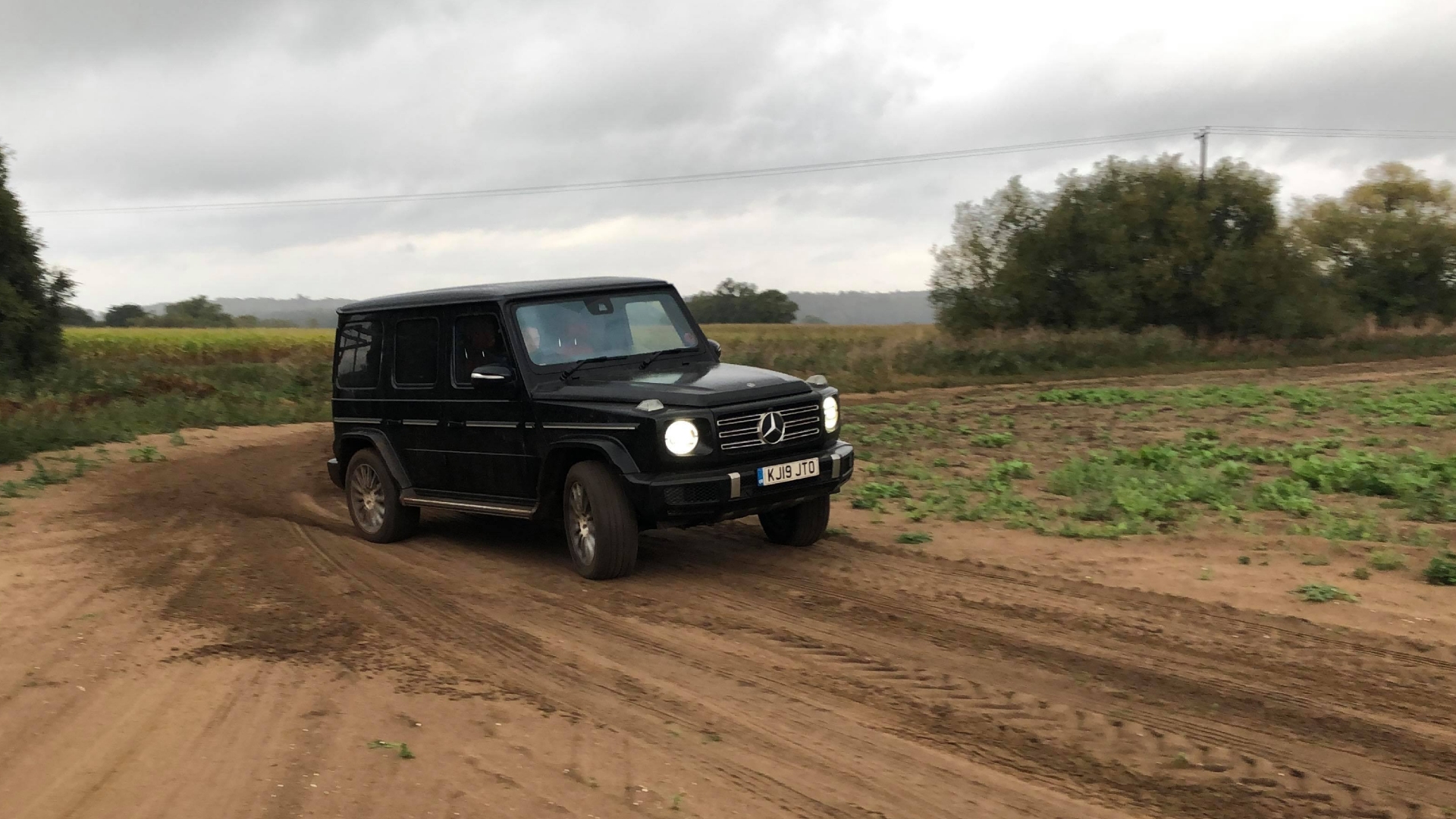 For the first time, the G-Class is genuinely a car you can recommend to people over a Range Rover or an Audi Q7. It’s not a seven-seater, and it’s not as commodious, but it’ll hold its money better, looks cooler, and feels a lot more at home when the going gets rural. It’s also just as sturdy on-road the rest of the time, with a nicer cabin.

For a car with capabilities far behind what most people will need, it’s really quite sensible. It really has had what the Kardashians call a ‘glow up’ and feels, at 40 years old, in the prime of its life. 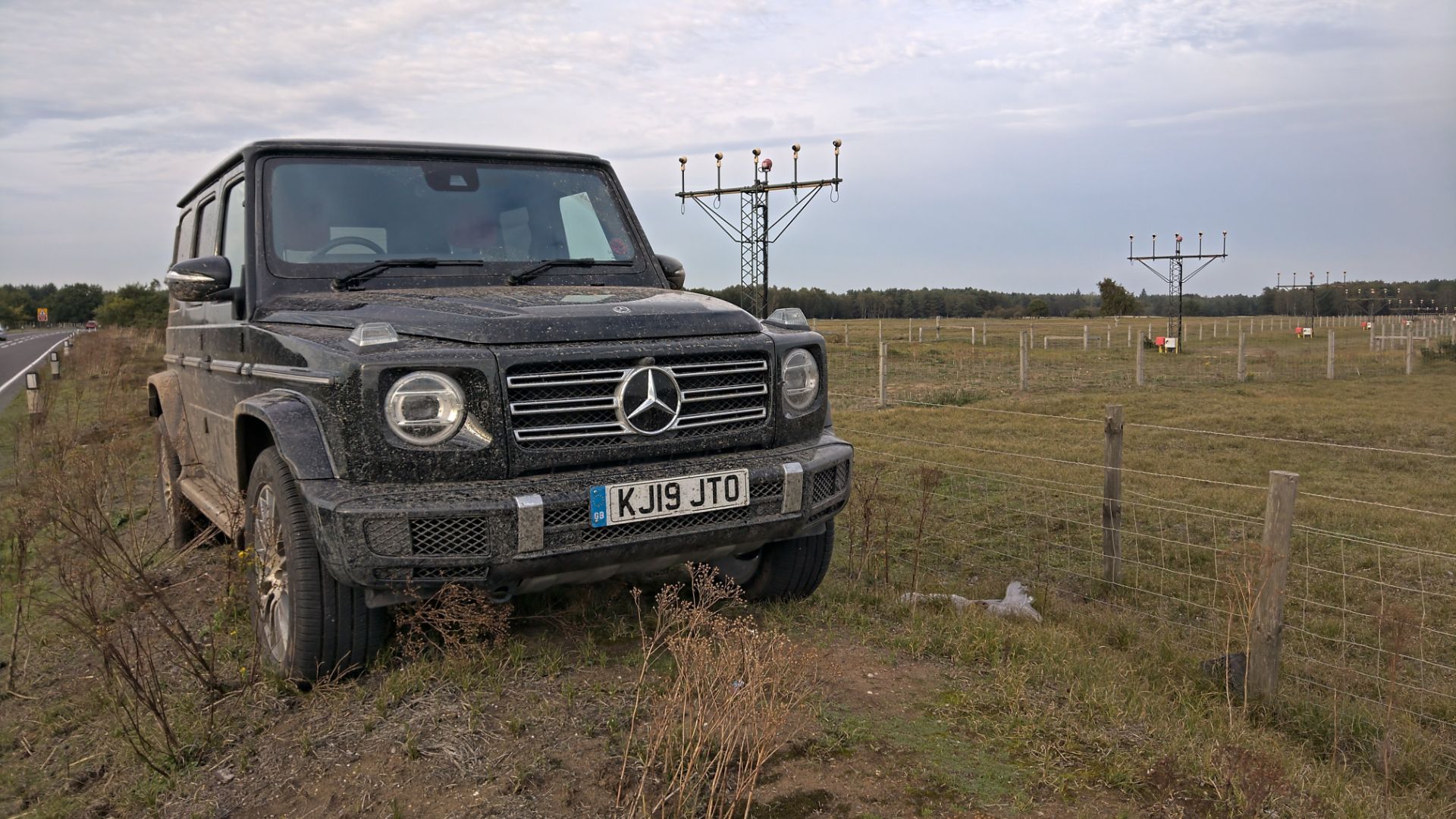 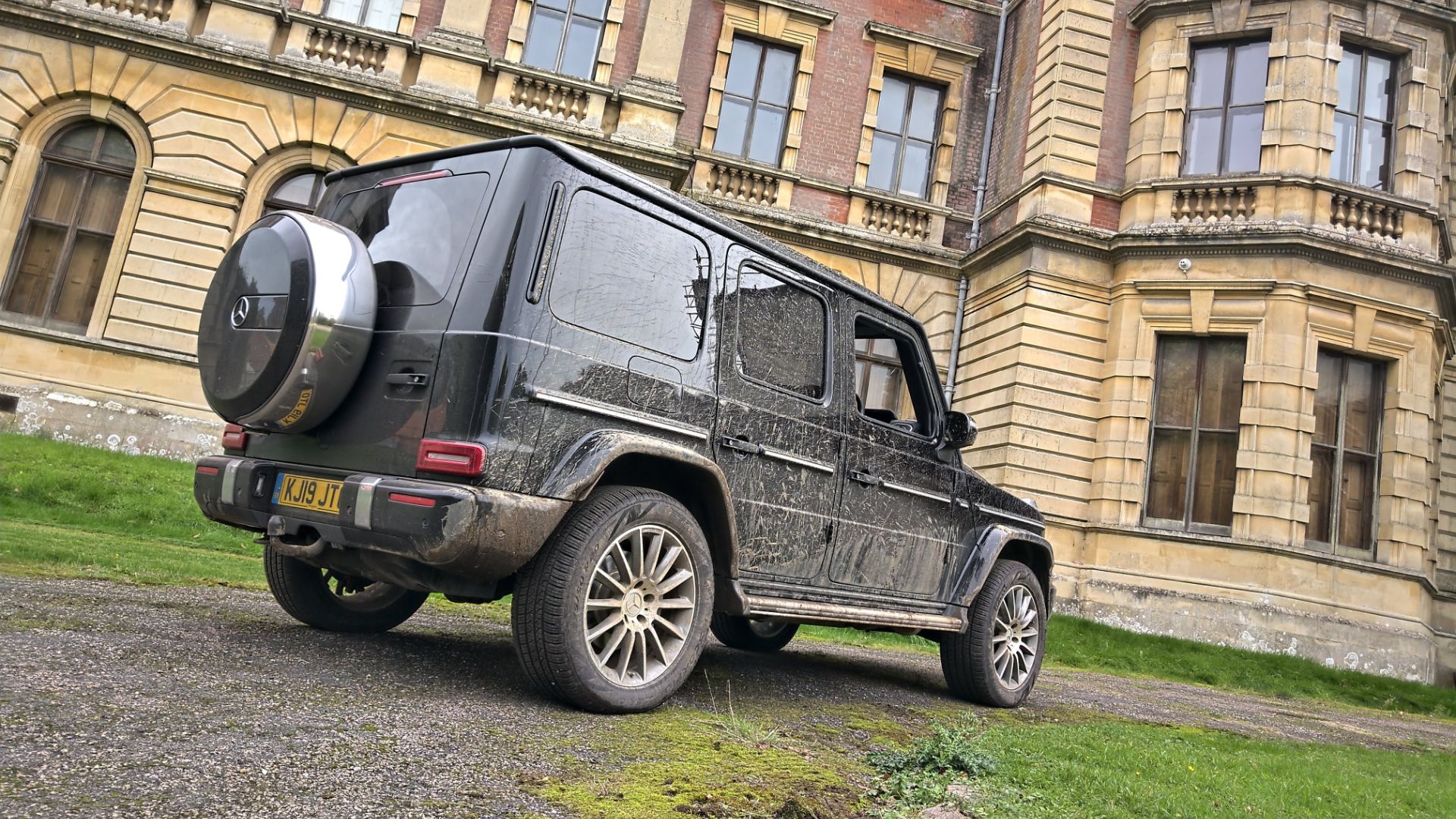 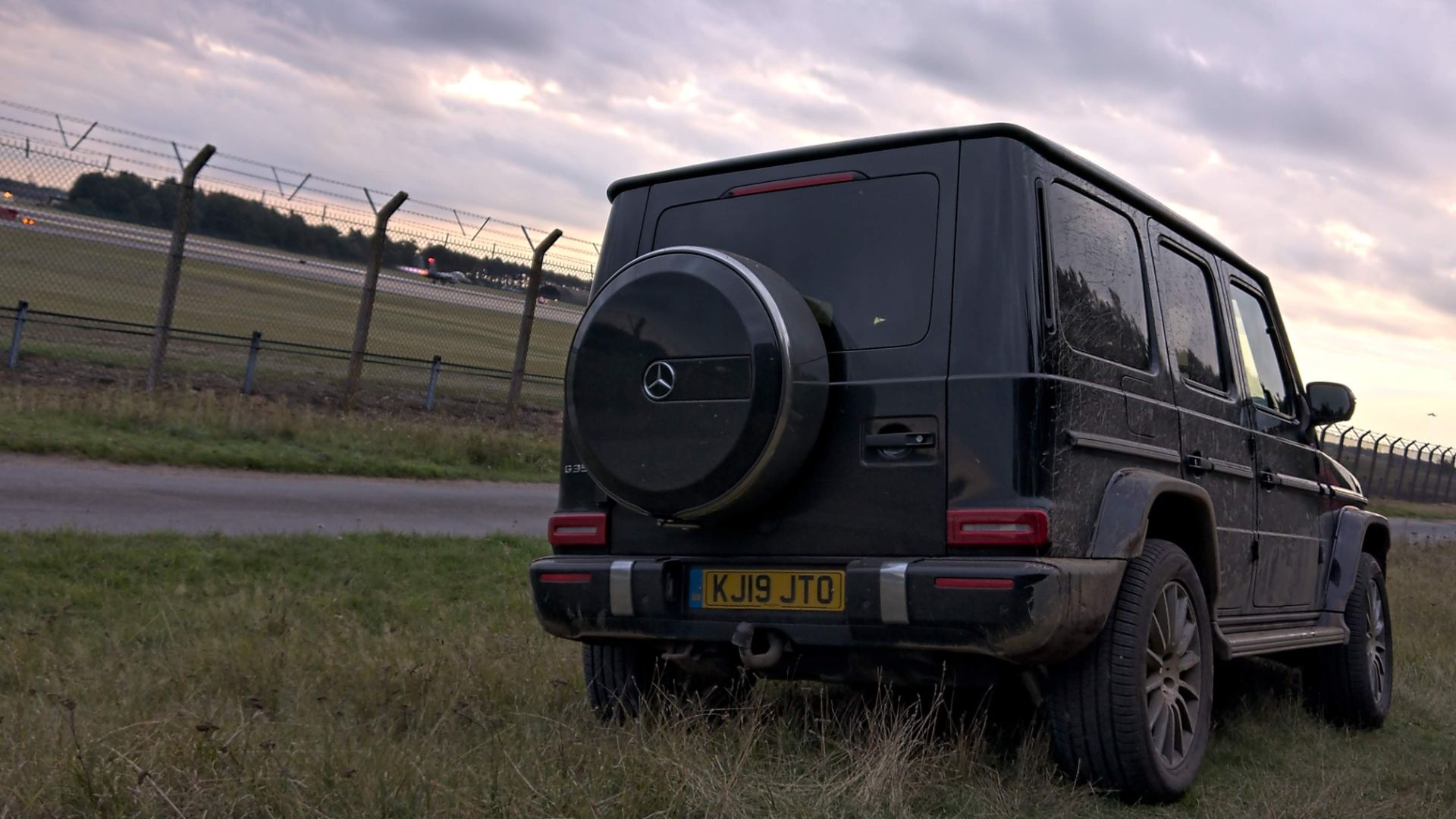 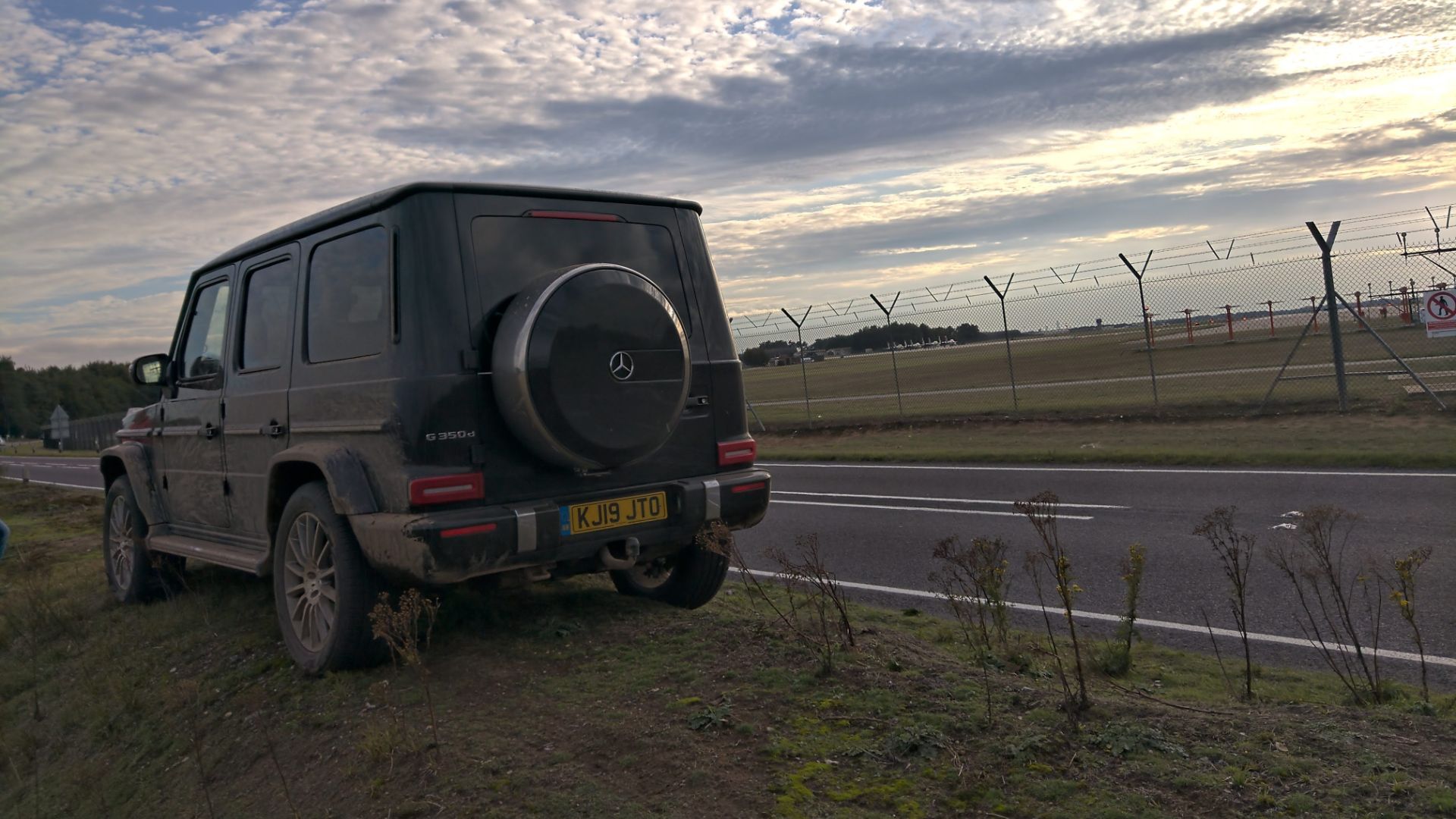 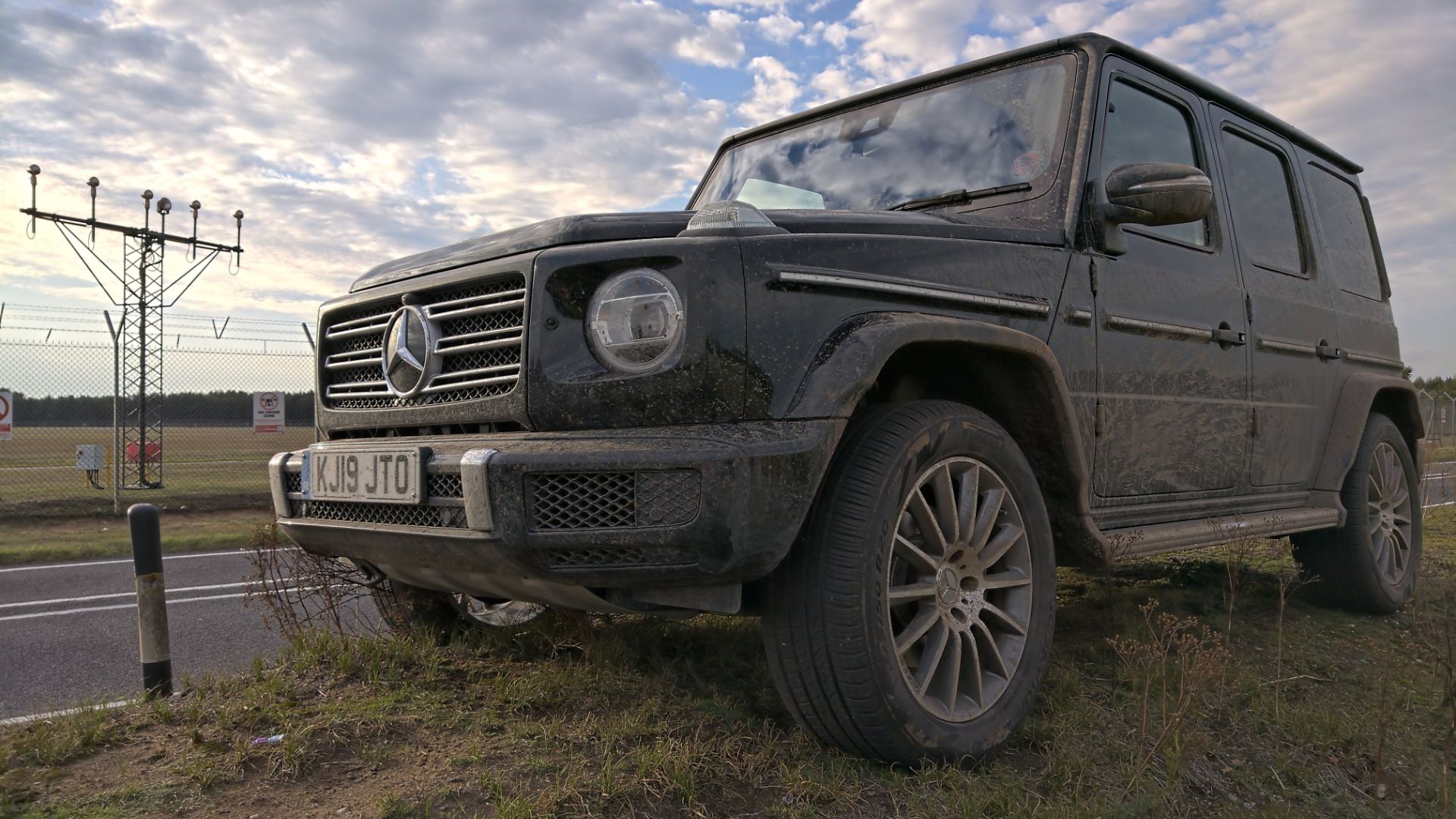 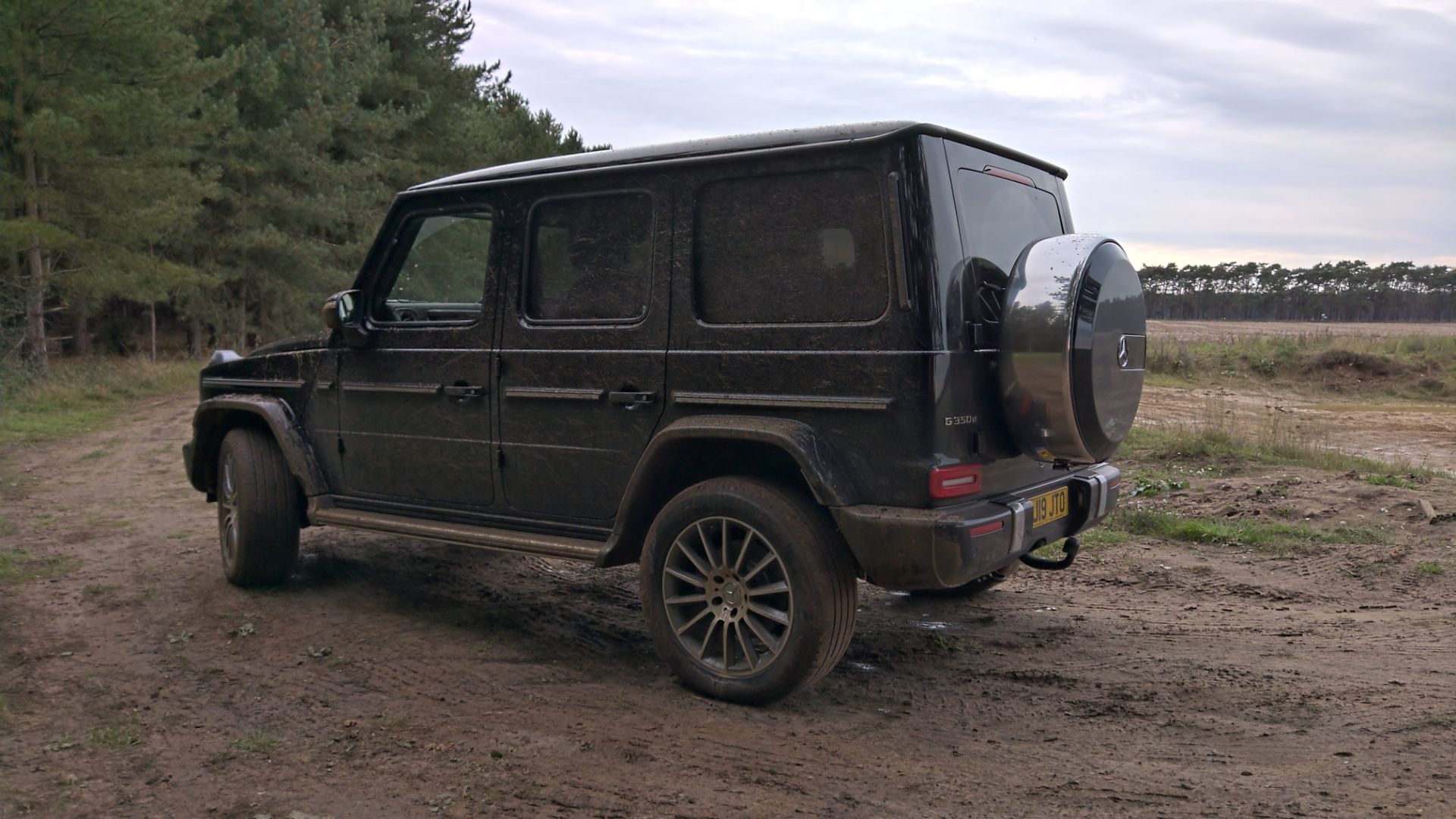 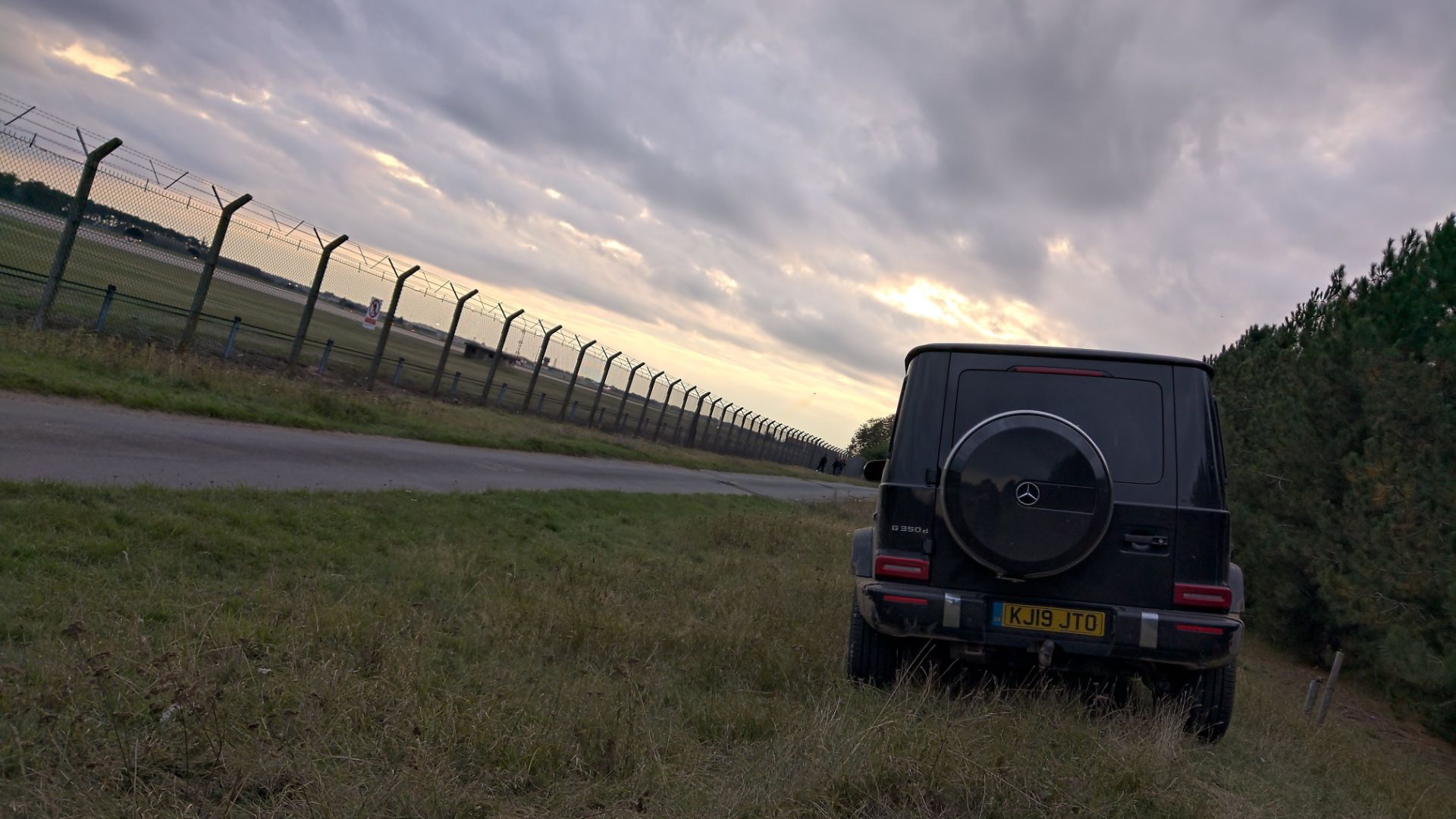