The Lamborghini Aventador SVJ Roadster is a drop-top supercar turned up to 11. Or possibly 12. We live the dream before it's banned. 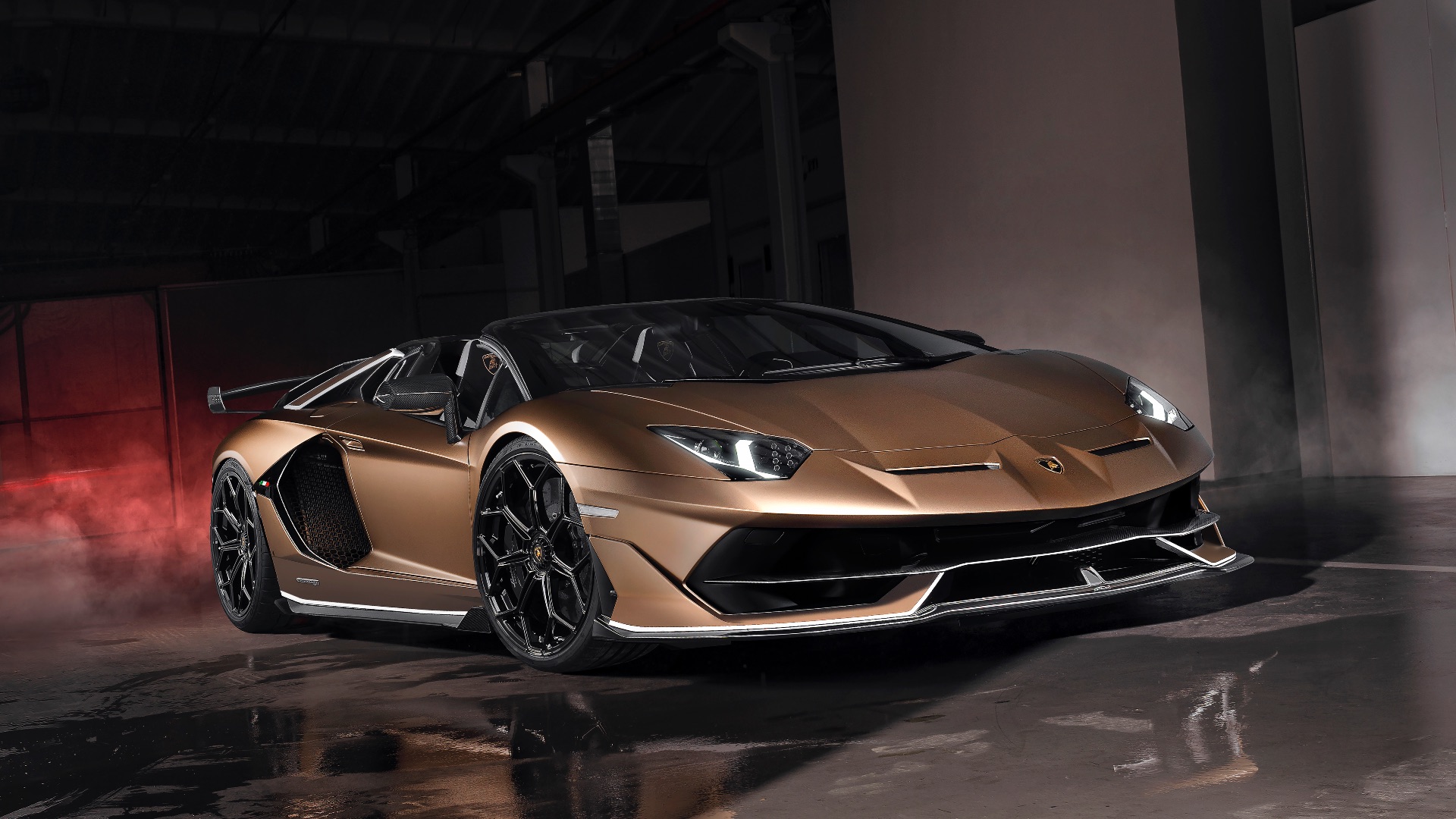 What is your lottery-win dream car? In my line of work, it’s a common question at social gatherings, usually somewhere between “Should I buy a Volkswagen Golf?” (yes, probably) and before “Have you met Jeremy Clarkson?” (yes, briefly). Anyway, I’ll spare you the suspense, it’s the McLaren F1. Sadly, I need a Euromillions rollover to buy one.

The 627hp, 240mph F1 was officially the fastest production car in the world until 2005. More importantly for me, it’s also a paragon of engineering, unconstrained by cost or compromise. The driver’s seat is mounted in the middle for optimum visibility and weight distribution. The engine bay is lined with 24-carat gold as it’s the best material for reflecting heat. And the bespoke hi-fi only plays CDs because its fanatical designer, Gordon Murray, didn’t listen to the radio.

If all that sounds a bit earnest and geeky, so be it. My eight-year-old son Thomas, for instance, has little time for the McLaren. He prefers extrovert, excess-all-areas supercars that look brilliant on a bedroom wall. Ask his dream car and he’ll reply without hesitation: “a Lamborghini”. And given he surely means the wildest, fastest Lambo of all, only the Aventador SVJ Roadster fits the bill. Lucky for him, I’ve brought one home. 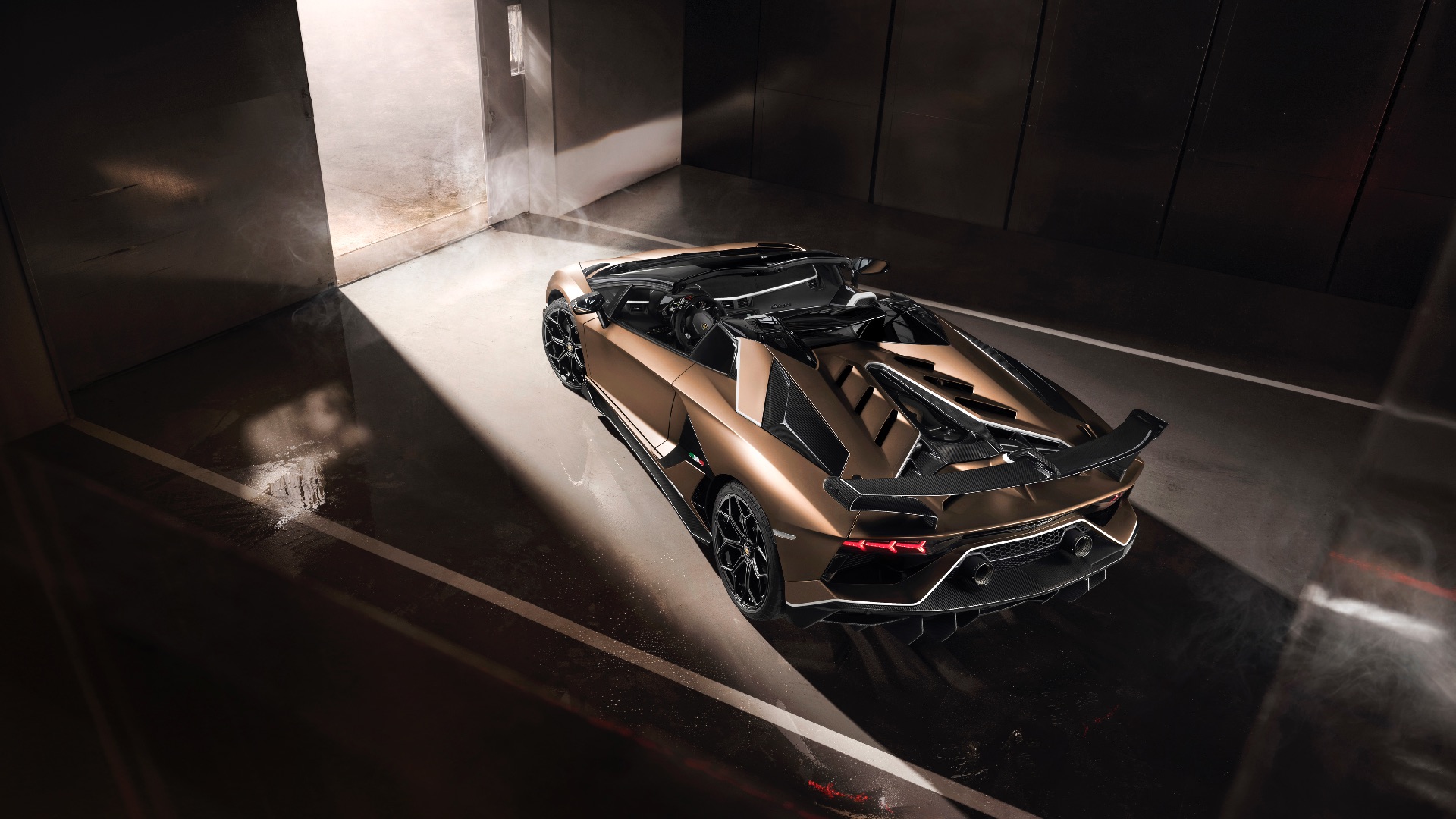 Frankly, £387,988 for the drop-top Super Veloce Jota is pocket change versus the eight-figure fortune required for a McLaren F1. This one-of-800 special edition is a last hurrah for the ageing Aventador before its replacement arrives later this year. Its 6.5-litre V12 develops 770hp – yep, more even than the F1 – at a heady 8,500rpm, launching it to 62mph in less than three seconds. Remove the targa top and you can blow-dry your bouffant at 200mph.

Unlike the newer Huracan Evo Spyder, which has an electric folding hard-top, the Aventador’s roof requires some old-fashioned elbow grease. Flip forward both seats, pull two levers on the back bulkhead, then gingerly lift out the 6kg carbon fibre panels, mindful of the fact they cost £15,000 each. Once removed, they slot neatly into the front boot, albeit leaving barely enough space for a toothbrush. Best pack light.

Never fails to shock how savage this NA V12 is. Nor how woeful this automated manual ‘box is… pic.twitter.com/htwPHGdemo

Roof on or off, the SVJ looks utterly outrageous. Its doors open scissor-style, like the classic Countach, while the louvred engine cover is a nod to the 1970 Miura Jota. Its wedge-shaped body is a mélange of splitters, scoops and spoilers that’s as functional as it is flamboyant. Electronic actuators channel air through vortex generators beneath the car and over the mighty rear wing, directing downforce for cornering, then slackening it off for straight-line speed. The result, for the SVJ coupe, was a new Nürburgring lap record.

In the city, the Aventador is hamstrung by its huge girth, non-existent rear visibility and belly-scraping stance. You get used to flipping the hydraulic nose lift at the first hint of a speed hump. Find an open road, though – preferably a very long one – and the naturally aspirated V12 reacts like a lit firework, gathering speed with violent intensity. And the noise (the noise!) is something else again: a stentorian bellow that swells to an ungodly howl. It blasts your eardrums like a blunderbuss. 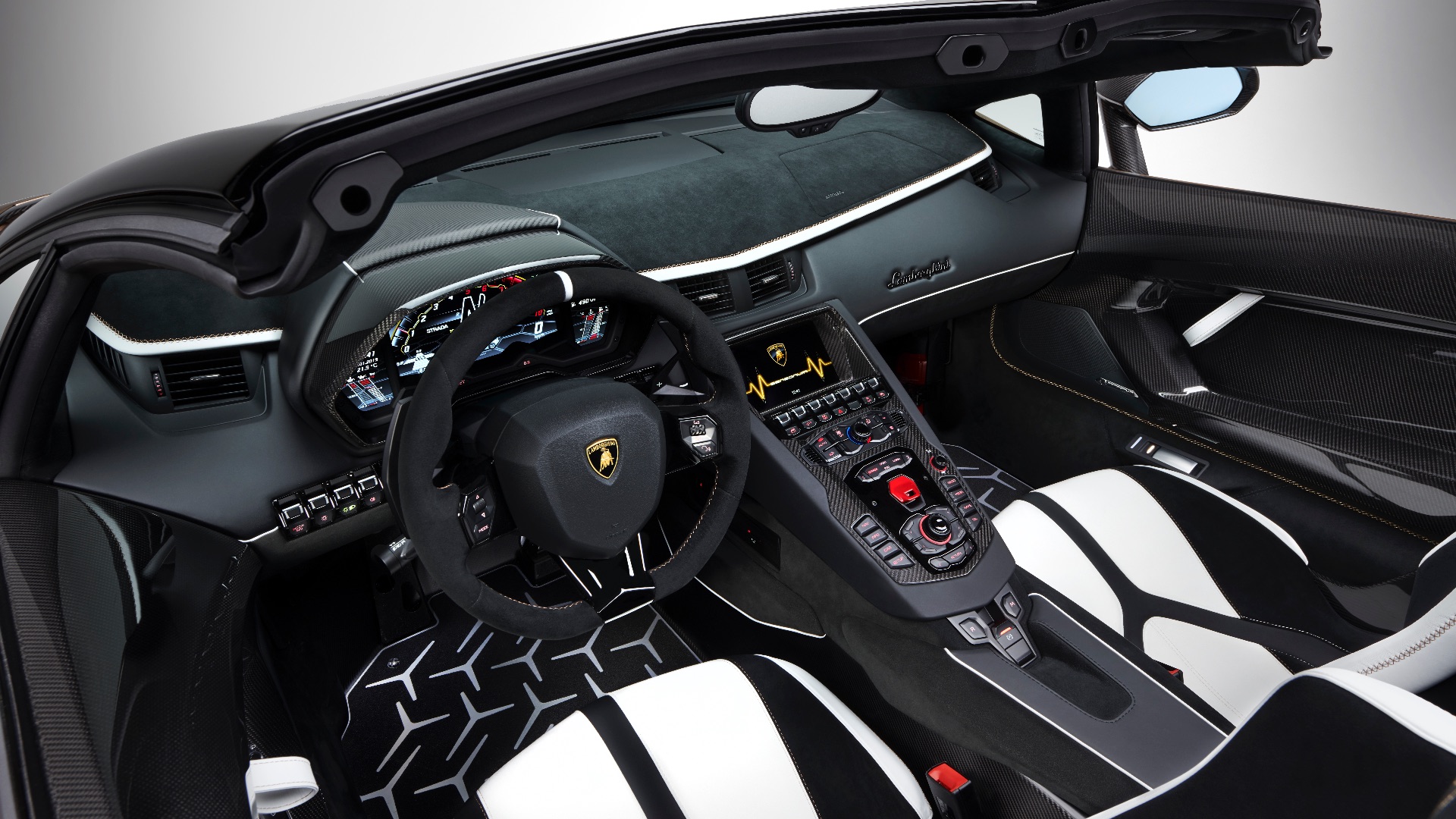 Clearly, a car with nine times the power of a Fiat 500 demands respect, particularly on damp tarmac. But four-wheel-drive traction, huge grip and nuanced steering mean the Lamborghini isn’t the white-knuckle ride you might fear. Its Achilles’ heel is an outdated paddle-shift auto gearbox, which lurches at low speed and feels brutal in Sport and Corsa (track) modes. Accelerate hard and it’s like repeatedly pressing pause on an erupting volcano.

For sensory overload and sheer supercar theatre, the SVJ Roadster is king. Yes, a Huracan Evo is a far better all-rounder, but Thomas isn’t bothered about that. He’s already changed my desktop wallpaper and wants an Aventador poster for his room. Well, we can all dream.

One in four have misused a parent parking bay

Research reveals that parent and child parking bays are widely misused. And the problem is far worse in some areas than others.
Read more

The 2018 series of Fifth Gear is now being aired on Quest: tune in on Thursdays at 9pm
Read more

The world’s most iconic small car has passed a major production milestone in its 60th year. Owners gathered at Plant Oxford to mark the occasion.
Read more

Is the new four-cylinder Boxster still the best roadster you can buy?
Read more

Ford to build an electric SUV and hybrid Mustang