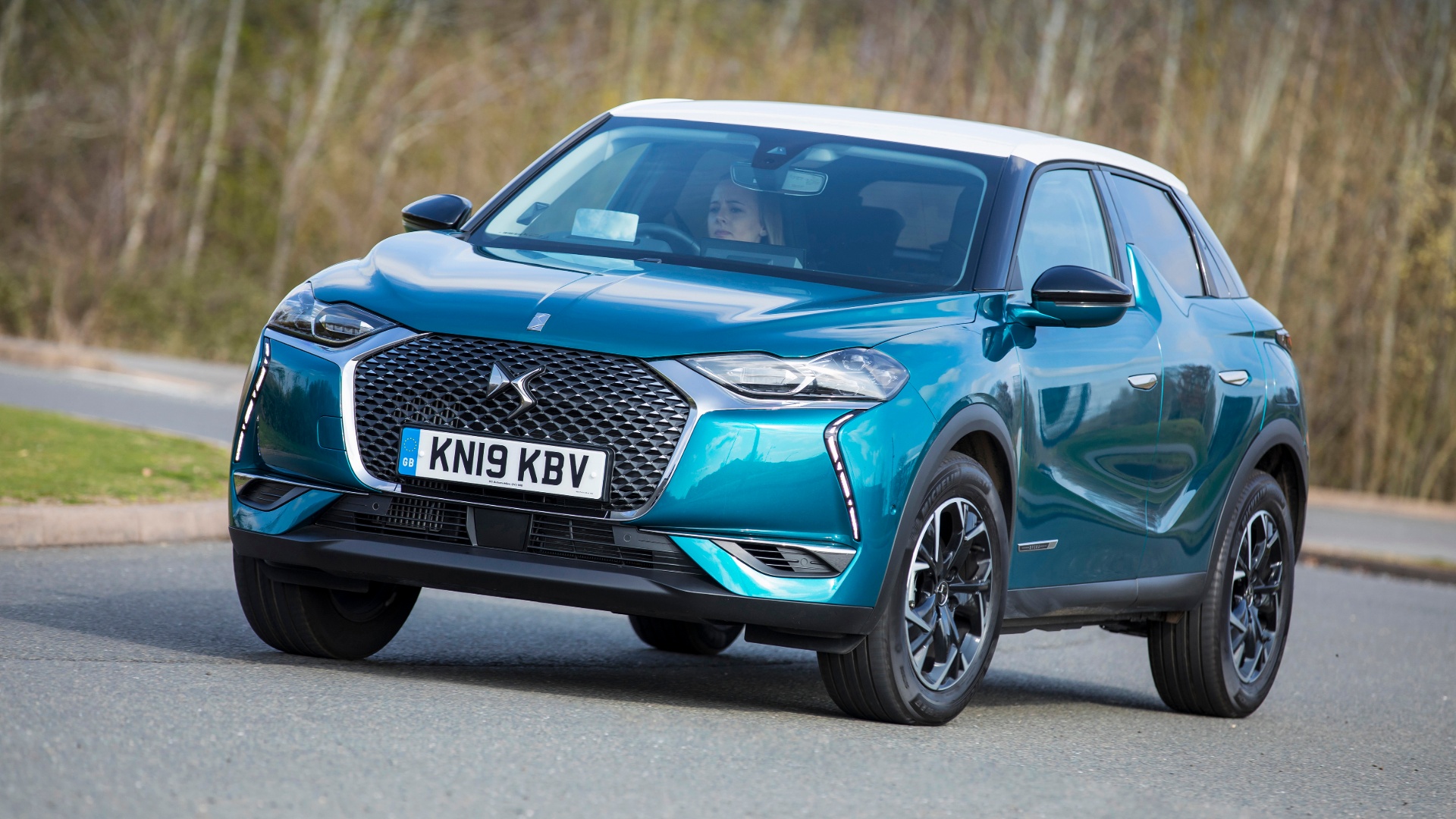 DS says it wants to ’embody the know-how of French luxury into the automotive industry’. In theory, that means channelling the spirit of the original Citroen DS – indisputably one of the greatest cars ever made – along with haute couture brands such as Chanel, Dior and Hermès. In practice, it means a compact crossover. Yep, another one.

DS split from Citroen and launched the 7 Crossback last year. The smaller 3 Crossback is part two of its reinvention as a standalone brand. A high-rise hatchback with SUV styling, it starts from £21,550 (or £351 a month). Rivals include the Audi Q2, Mini Countryman and Volkswagen T-Cross.

This is the first outing for PSA Group’s new CMP platform, which also unpins the next Peugeot 208 and Vauxhall Corsa. All versions are front-wheel drive, so don’t get any ideas about venturing off-road. 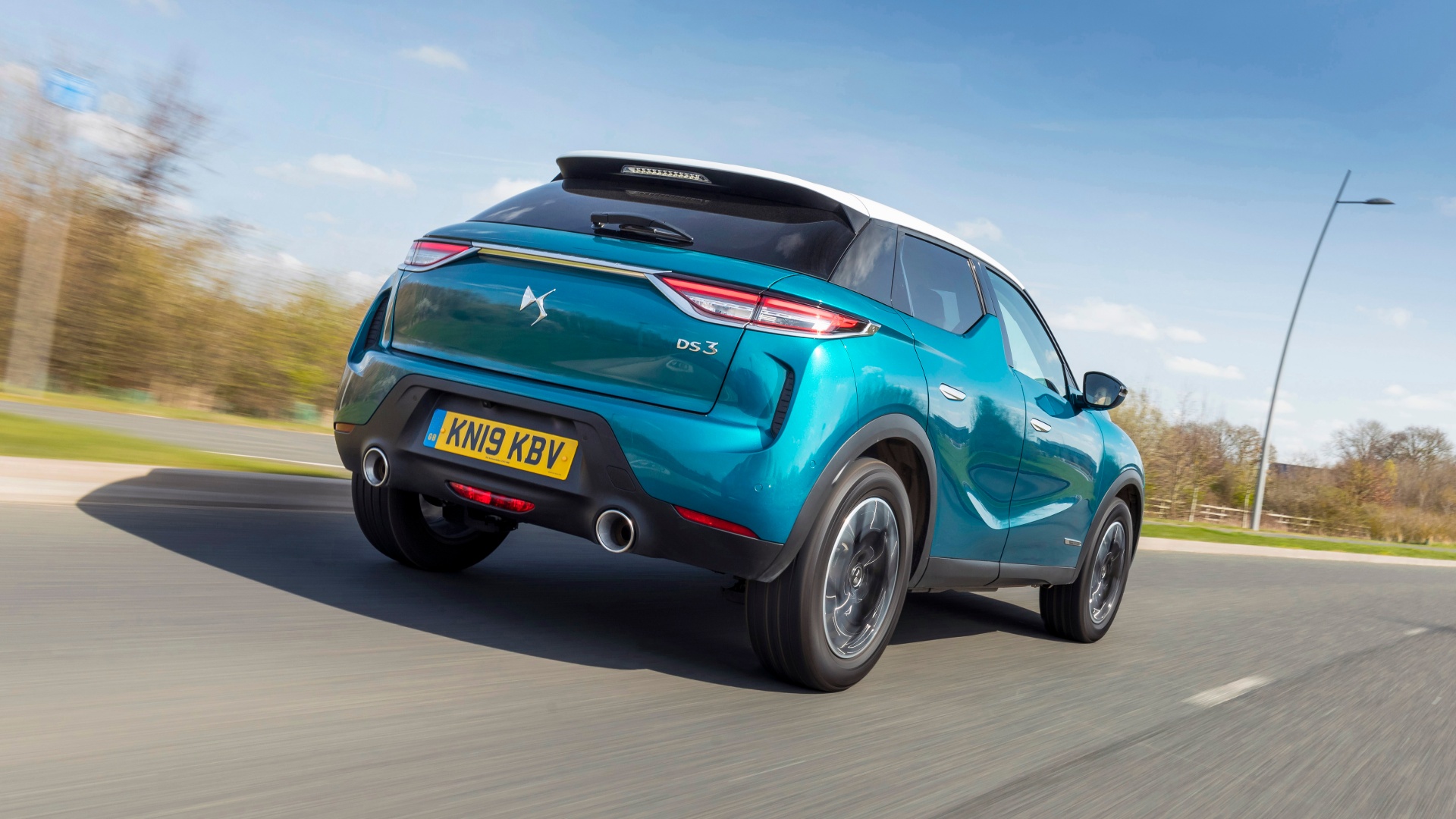 The 2009 Citroen DS3 – the first modern DS – looked suspiciously similar to the BMW Mini, but nobody could accuse the French of plagiarism this time. The 3 Crossback is a riot of design ideas, some more successful than others.

Established DS themes include the LED fangs in the front bumper, shark fin between the side windows and (optional) contrast roof. There are other influences at play here, though: spot the Lexus-look front grille and Range Rover Evoque-style tail lights.

Neat details include flush door handles, which pop out when you unlock the car, plus a hidden boot release in the number plate recess. We’re less convinced by the startled-looking headlights and horrible fake vents in the rear bumper, though.

Inside the DS 3 Crossback 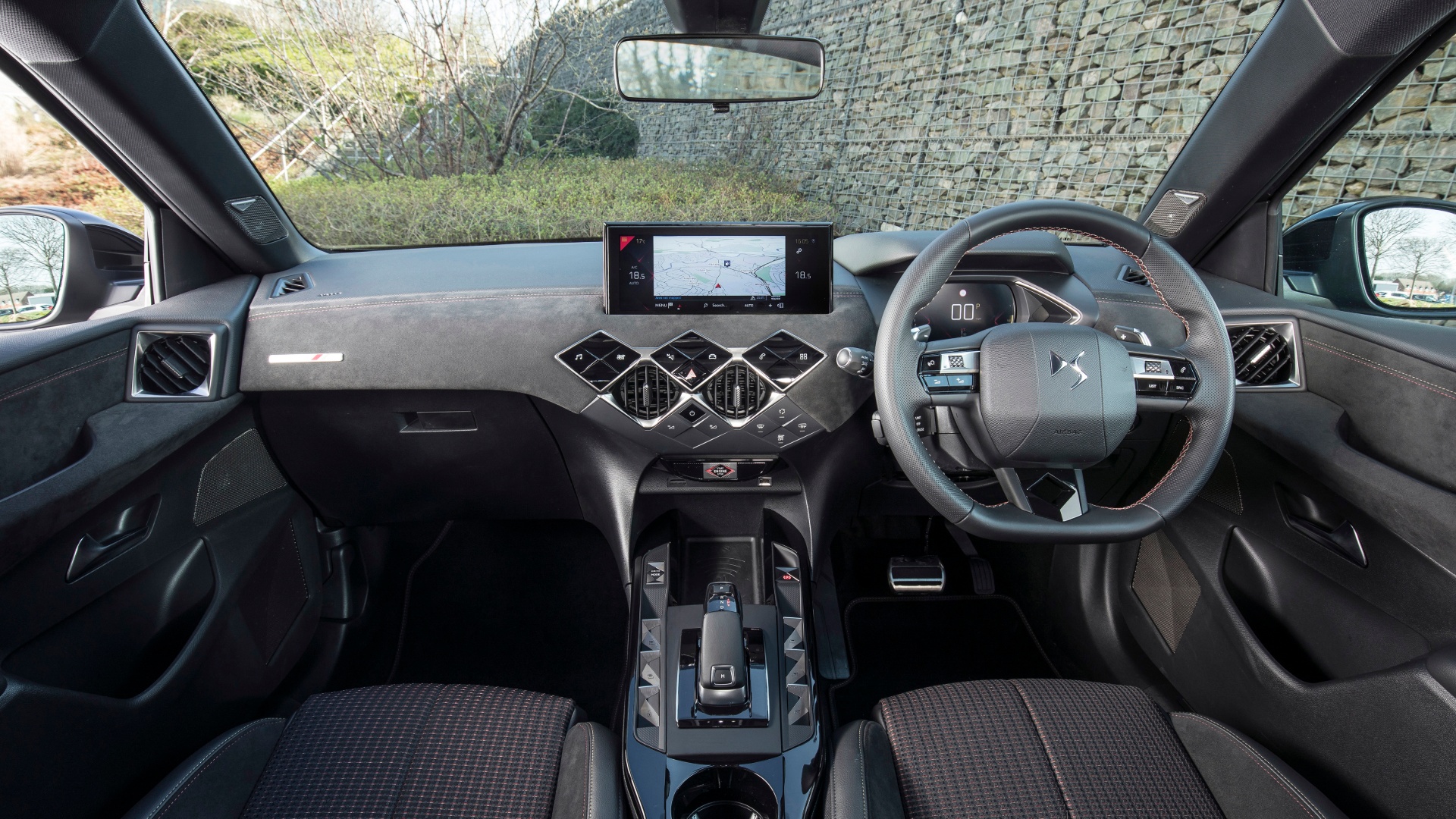 The Crossback’s cabin is even more distinctive – its pièce de résistance, in fact. It’s wilfully quirky in the finest French tradition, combining  flamboyance with functionality.

Most of the infotainment and ventilation controls are clustered within seven intersecting diamonds, with a seven-inch touchscreen (10-inch on higher-spec versions) perched above. Driving modes are selected via jewel-like switches on the centre console. Their unusual guilloche finish resembles ‘braided or interlaced ribbons’ (it says here).

The hip-hugging front seats are very comfortable and the main touch-points feel suitably plush. You’ll discover some decidedly non-premium plastics elsewhere, though. Rear-seat passengers may feel a tad claustrophobic, thanks to shallow side windows and limited legroom.

DS 3 Crossback: on the road 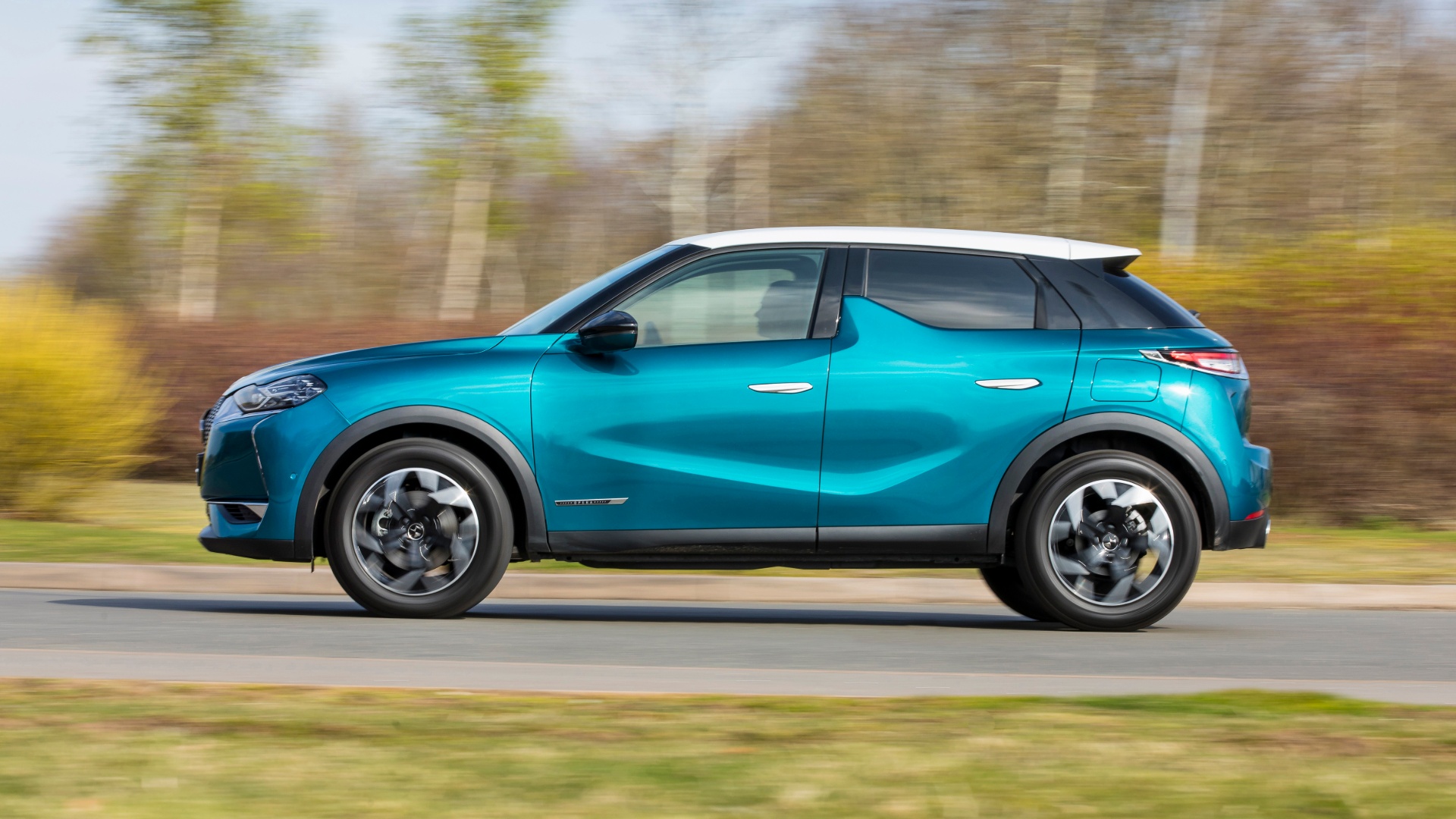 We started out in the 130hp 1.2 petrol, the likely best-seller. It’s eager to rev and the auto ‘box reacts quickly and intuitively. Performance is modest – 0-62mph in 9.2sec and 124mph flat-out – although thrifty fuel economy of 42.2-47.1mpg (WLTP figures) makes up for that.

If you want a sporty drive, you’re better off with the DS 3 hatchback; the Crossback’s extra height and heft takes its toll in corners. It’s steering is direct but devoid of feel, while the damping is rather lumpen: firm around town, then floaty at speed.

For everyday duties, however, the Crossback is perfectly proficient. It coped well with the cut-and-thrust of London traffic, helped by light controls and plenty of driver aids.

That said, we would approach the 155hp petrol version with caution; it’s useful extra punch is offset by stiffer suspension, which makes the ride quite harsh. No doubt the larger 18-inch wheels of our second test car – a La Premiere special edition, only available at launch – didn’t help. As ever, try before you buy. 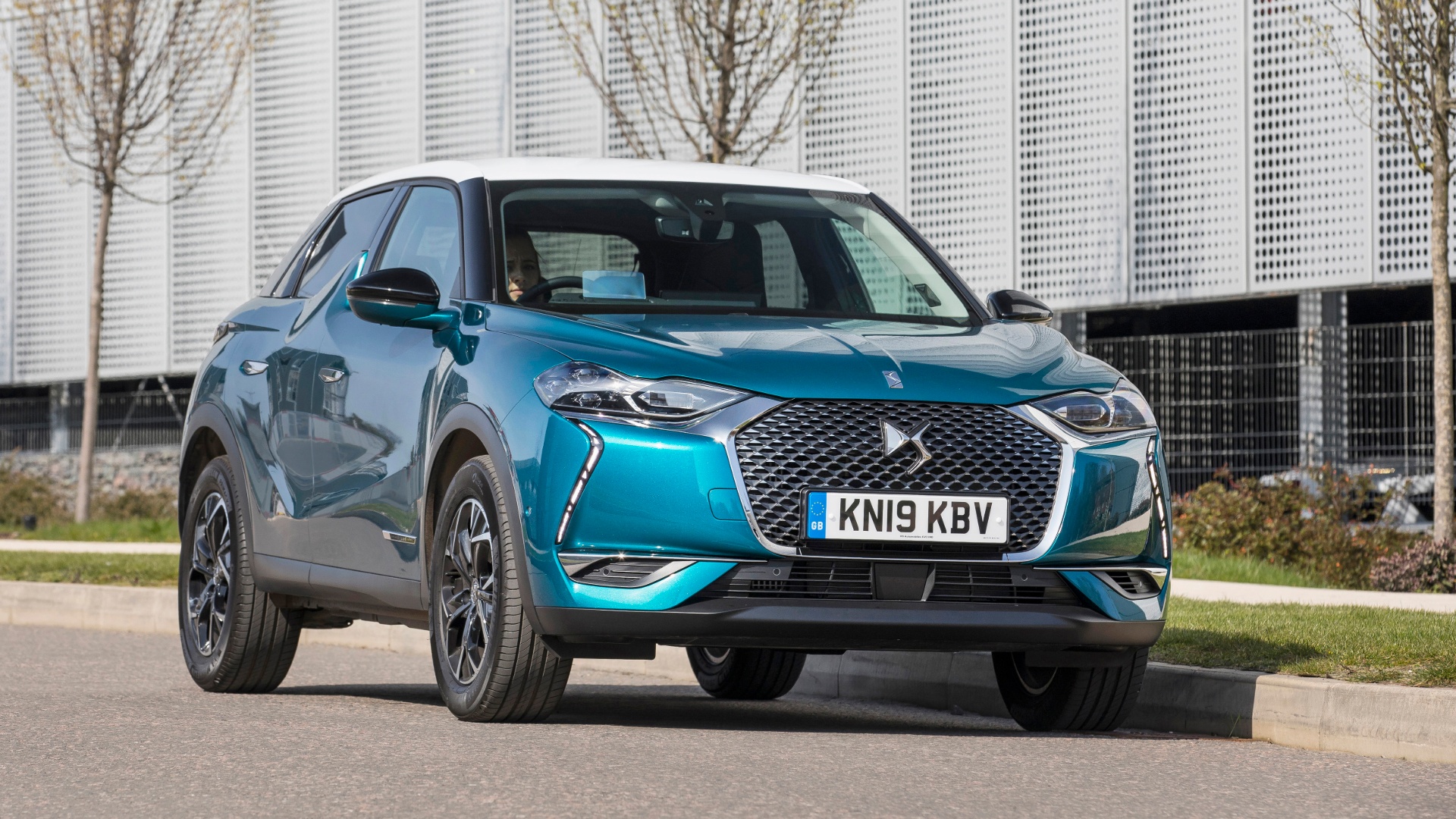 The DS 3 Crossback won’t be joining its 1955 forefather in the hall of four-wheeled fame, but it’s a genuinely different offering in a crowded class.

Crossovers sell on style as much as any perceived benefits in practicality or ability, and the DS delivers this in abundance. Pick one of the brighter colours, such as Millennium Blue or Imperial Gold (both pictured) and it will turn heads. The interior is a real talking point, too.

Prices are worryingly close to the Audi Q2, and we have some reservations about the ride. However, if the DS 3 Crossback’s outré panache appeals, you should certainly add it to your shortlist.