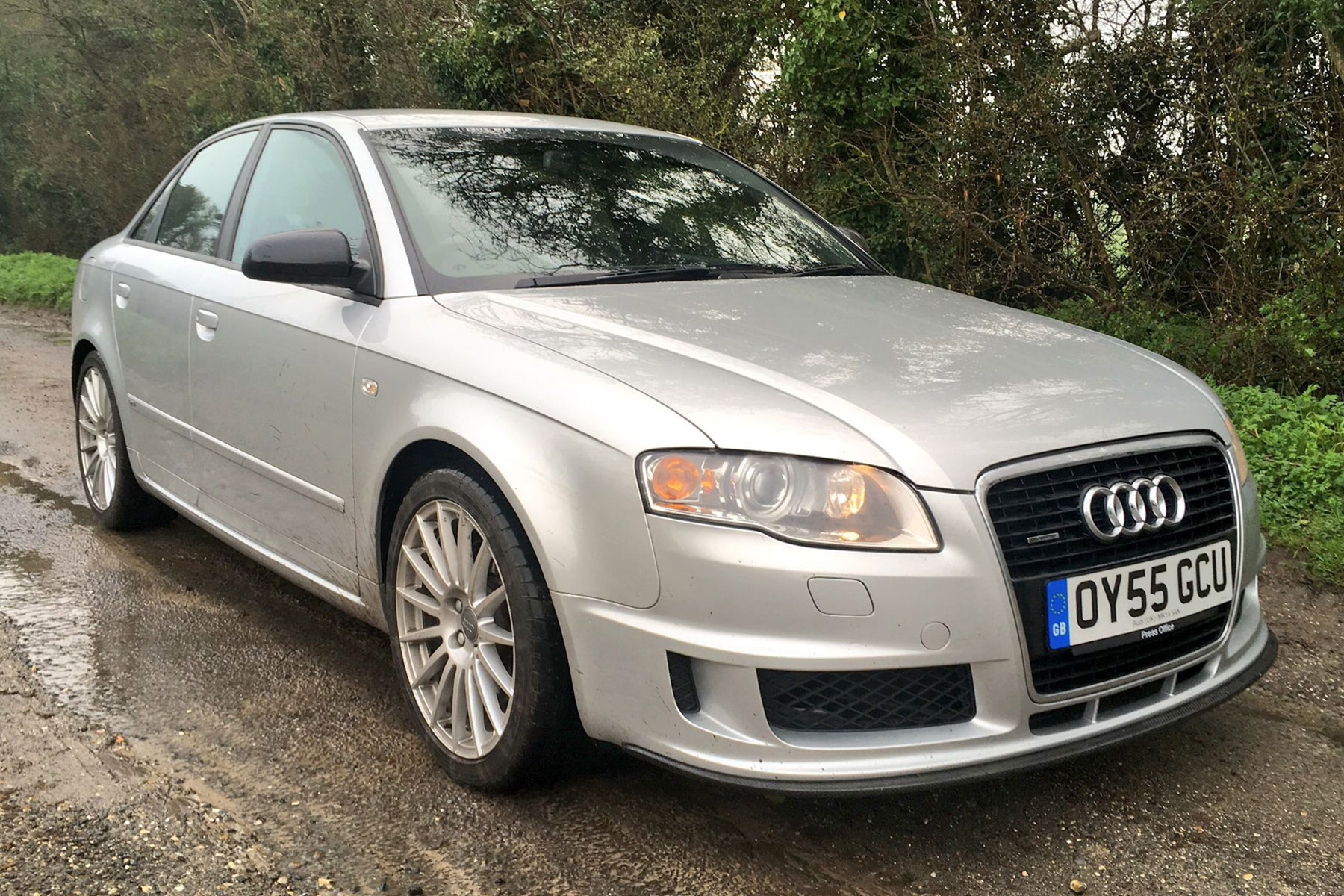 In motorsport, details make the difference between winning and losing. A few extra horsepower here, a little more wing there, and suddenly victory is within grasp.

For road cars, details matter too. Witness how Renault transformed the forgettable Clio 16v into the epochal Clio Williams. Or how McLaren melded the disappointing 12C into the divine 650S.

The car above appears to be a standard, 13-year-old Audi A4. Look closer, though, and you’ll spot subtle differences. These details – some visible, some not – combine to make an A4 DTM Edition. Are they also enough to make a good car great?

Watch our Audi A4 DTM video

In 2004, Audi topped the podium in the German touring car championship. It celebrated with a limited-run A4 saloon, 250 of which came to the UK in right-hand drive. The DTM Edition cost £29,980 when new – a hefty premium over a regular A4.

The A4’s 2.0-litre petrol engine gained a 20hp boost to 220hp, with 207lb ft of torque from 1,800rpm. Suspension was stiffer and 20mm lower, while front brake discs were drilled for lightness. Quattro four-wheel drive was standard.

Meet MR’s new retro long(ish)-termer: a 2005 A4 DTM Edition from Audi’s heritage fleet. Just 6,500 miles on the clock. We’ll be running it for a month. pic.twitter.com/GPW6BuWHk6

Highlights of the DTM’s cosmetic makeover were its front splitter and rear lip spoiler, both finished in exquisite unpainted carbon fibre. It also wore new bumpers – the rear incorporating an upswept diffuser and bright red tow-hook – along with 18-inch, turbine-style alloy wheels and a fatter exhaust tailpipe.

Inside, there was more carbon fibre on the door trims and dashboard, plus ‘DTM’ logos on the sill kickplates. The shapely Recaro seats were trimmed in leather and Nardia artificial suede (Audi’s take on Alcantara), which also covers the steering wheel and gearknob. 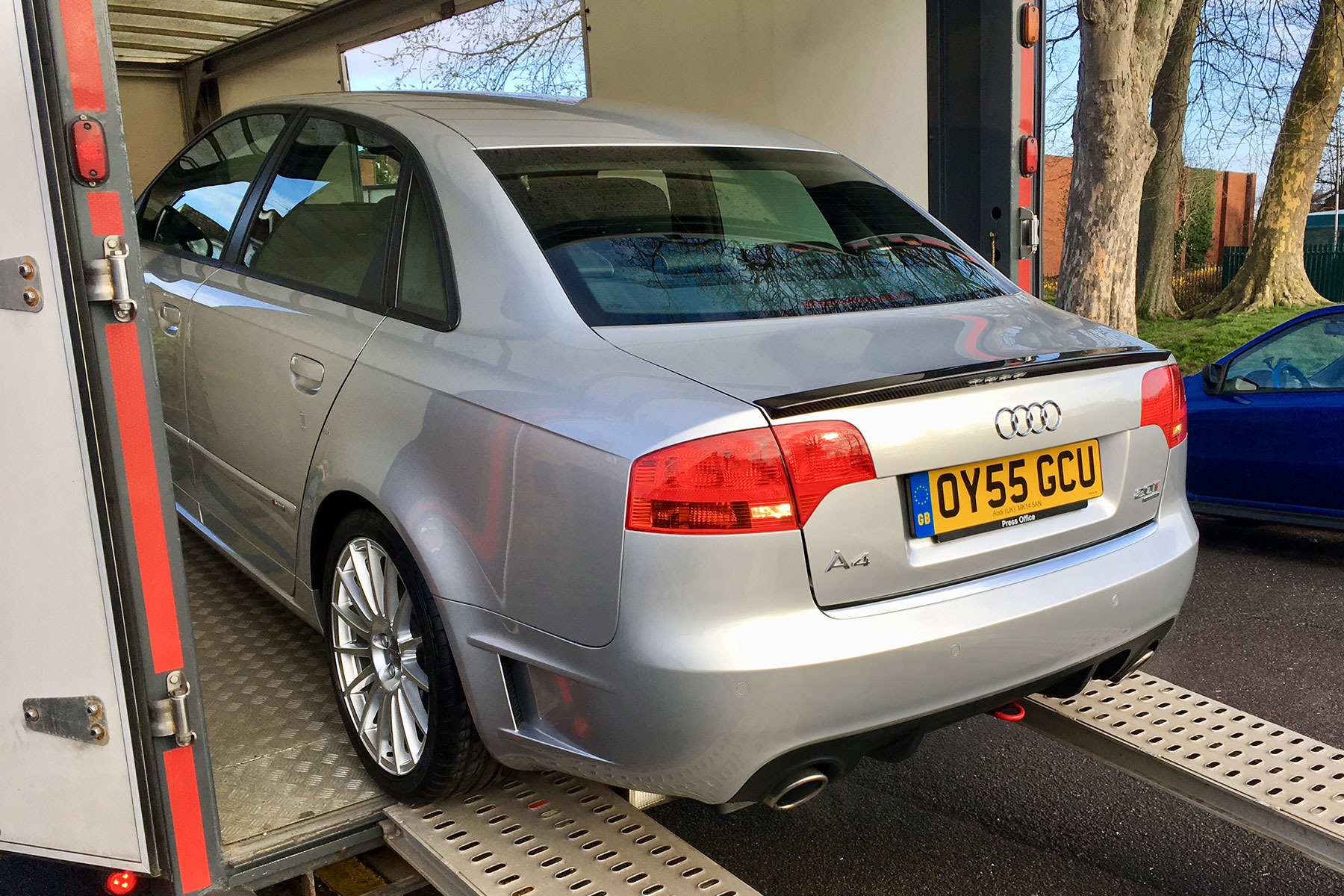 The DTM Edition arrives in a covered transporter – a kid-gloves delivery method usually saved for supercars. Clearly, Audi knows how to care for its 50-strong heritage fleet, and the condition of this 2005 A4 reflects that. One slightly scuffed alloy is the only clue to its 6,524 miles.

My neighbours seem nonplussed, but I’m shamelessly excited. I love the idea of a Q-car, a stealthy sports saloon only recognisable to those in the know. Also, the DTM is a close mechanical cousin to my own 2006 Golf GTI: both share the same EA888 engine.

Rather than the usual seven-day loan, we took ownership of the Audi for a month, using it as daily-driver and company hack for the MR team. Could it prove its worth as a usable retro classic? 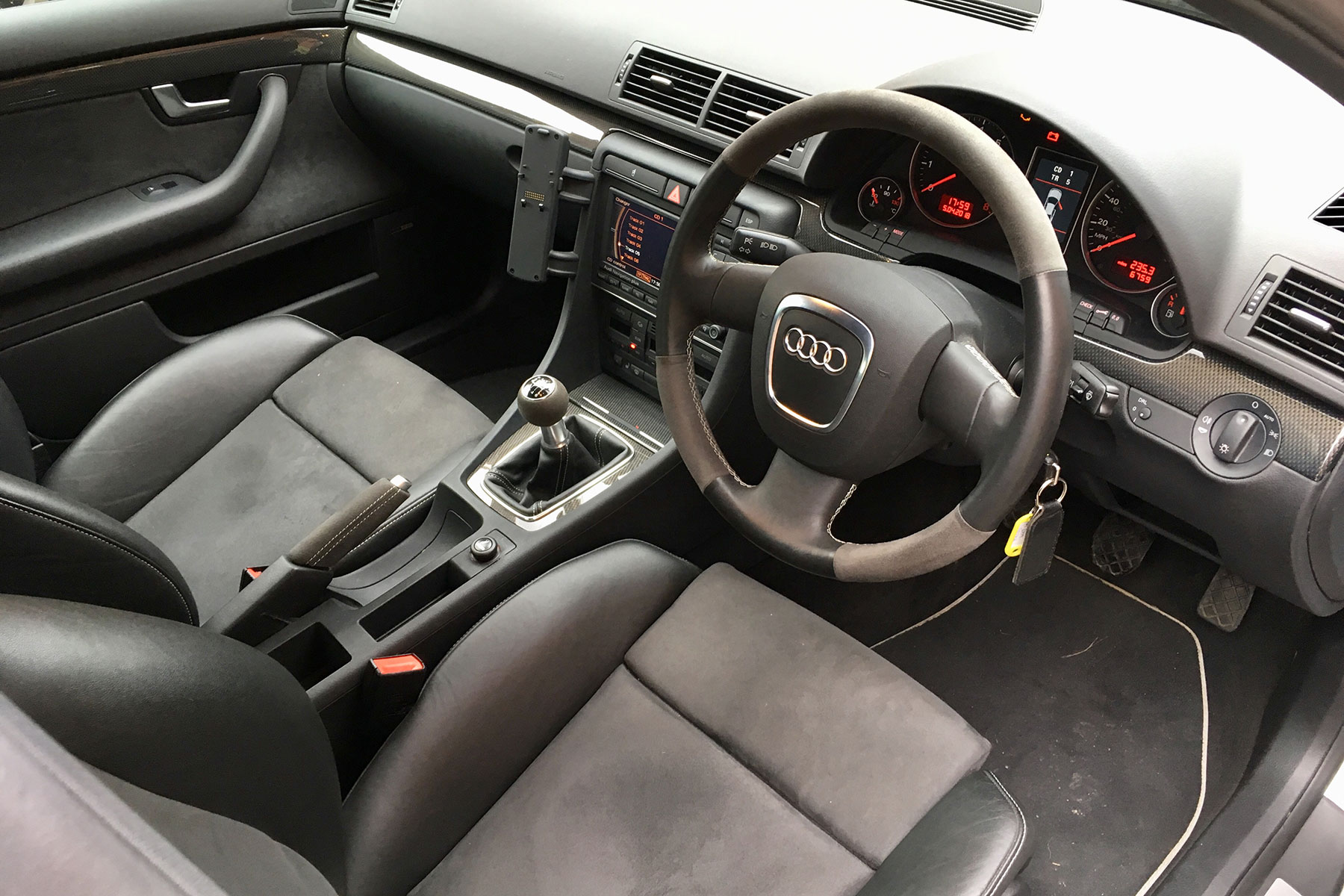 The Audi is immediately pressed into service for a long weekend away, driving from south London to Chester loaded with kids and luggage. Its 2005-spec sat nav feels hopelessly dated and the lack of DAB grates after five hours of motorway monotony. Nonetheless, the journey passes in quiet comfort. This A4 hasn’t forgotten its repmobile roots.

Thankfully, Audi’s sprinkling of motorsport magic comes to the fore on Sunday morning, with a brief foray into north Wales. Here, on rain-soaked roads close to the Evo Triangle, the DTM feels responsive, grippy and quick. It shrugs off the conditions with calm, confidence-inspiring competence.

Of course, fast Audis are invariably capable, yet frequently also dull to drive. Fortunately, the A4 DTM isn’t too straight-laced to party. Its steering is lively, its six-speed gearbox slick and snappy, and its turbocharged engine – with that additional 20hp versus the GTI – offers a mighty mid-range punch. 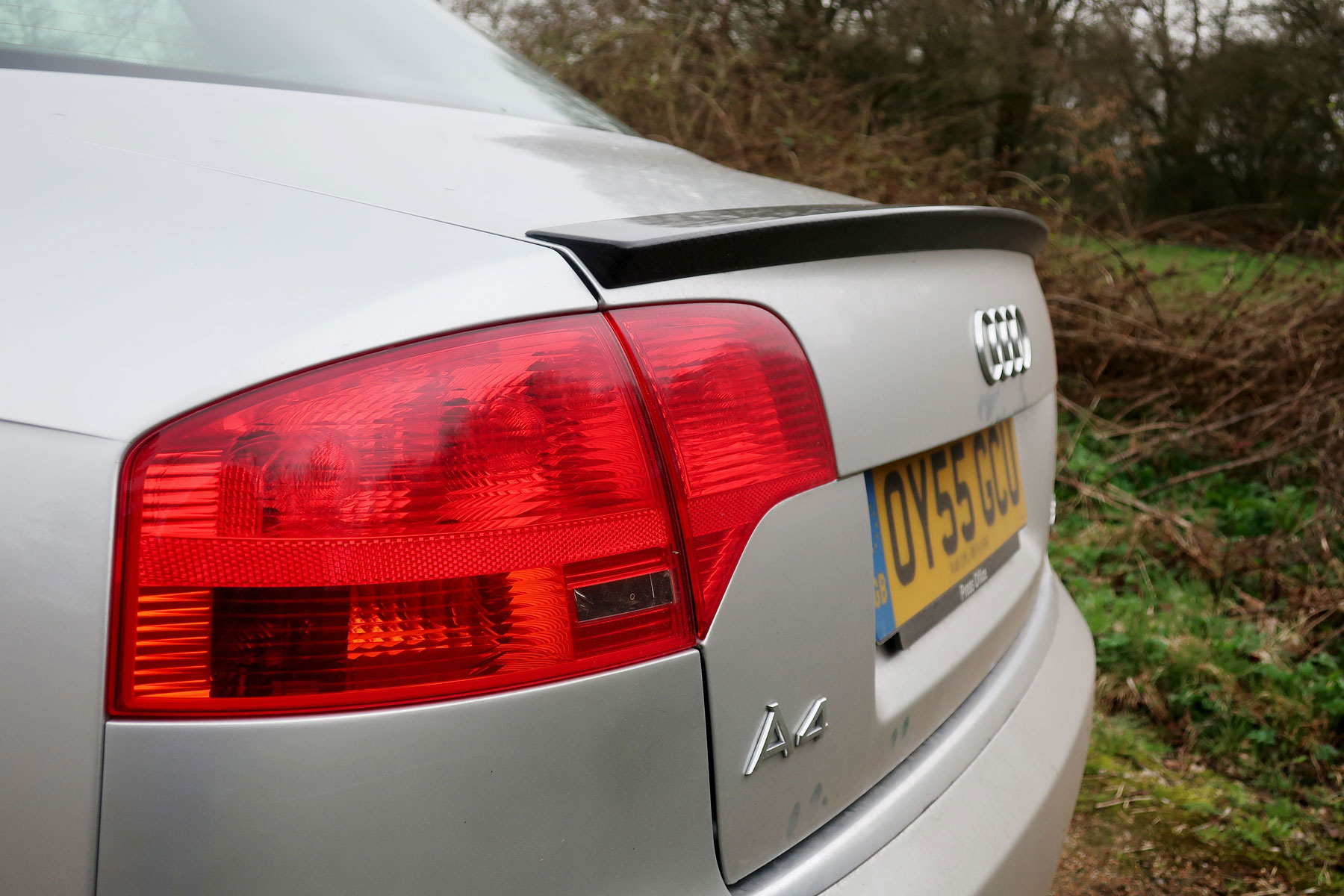 Former MR web editor Andrew Brady takes custody of the DTM on my return and I scarcely see it for a couple of weeks. Swapping back to more modern machines, I miss the analogue feel of the Audi – even if I don’t miss its ‘sporty’ suspension.

Andrew complains about the firm ride, too, yet seems in no rush to return the keys. The A4 proves faultless on his daily commute, its heated seats a welcome boon on cold mornings.

Mid-way through our loan, an office debate ignites around whether the DTM feels special enough. I suggest that’s missing the point. This isn’t an RS4, or even an S4. It’s the four-door equivalent of a ‘warm hatch’ and, judged thus, makes a compelling case for itself. 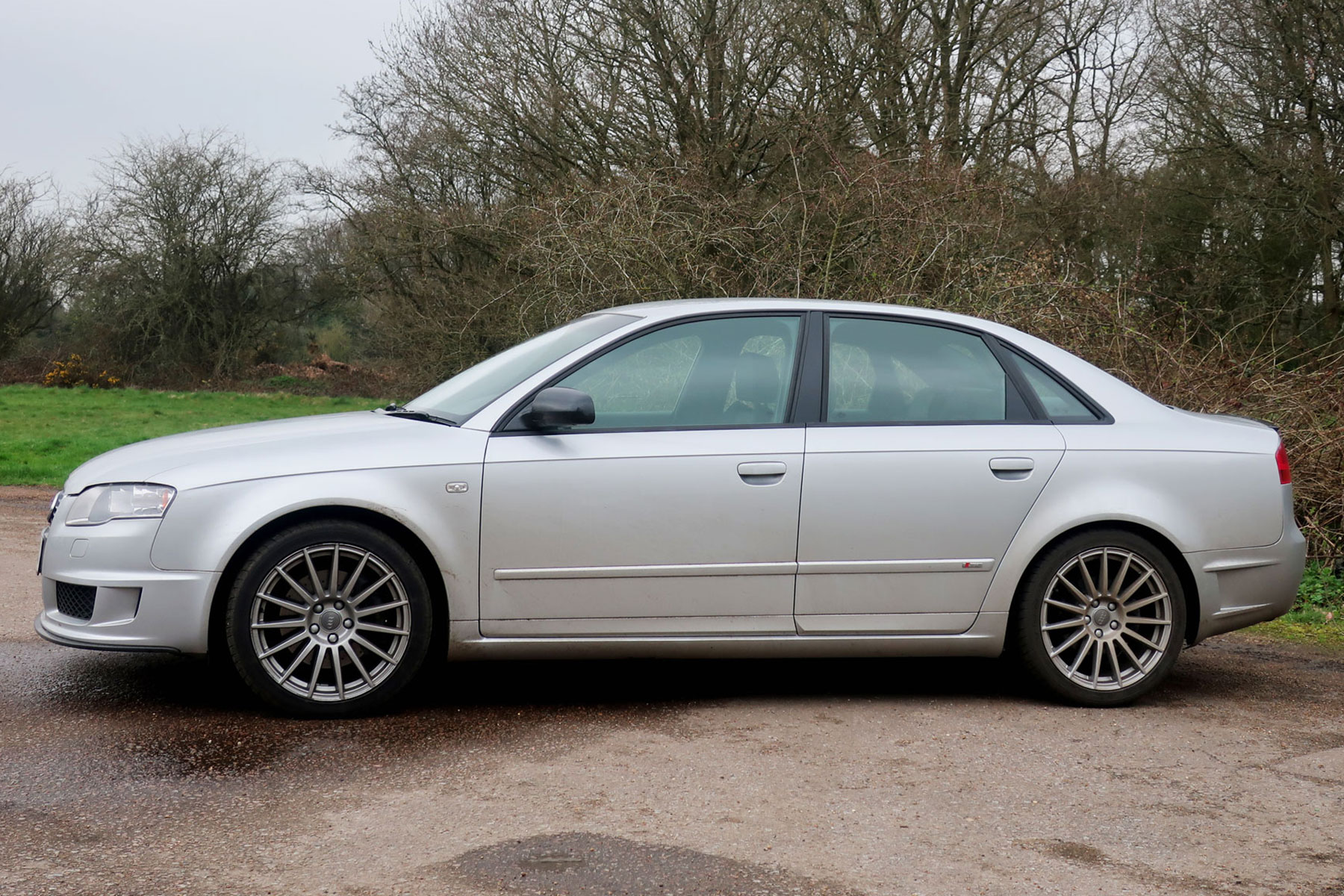 The DTM returns to my care for its fourth and final week, kicking off with a trip to Goodwood circuit for a driving day. I put my faith in the ancient nav and – predictably – it gets me lost. Still, I discover some brilliant B-roads and am chuffed when, later that day, the car is papped on Instagram by fellow journalist Dan Trent. #ifyouknowthenyouknow indeed.

Not a boring Audi saloon. #ifyouknowthenyouknow

At Goodwood, the DTM again becomes a topic of discussion. One colleague says he’d prefer an E46 BMW 320 Si – a limited-run homologation special from the same era. I’ve not driven the BMW, but its highly-strung 173hp engine and rear-wheel-drive chassis suggest an altogether different beast. Horses for courses, perhaps.

I’d be torn between a DTM and Mk5 GTI, though. The Golf is more engaging on the right road and, ultimately, more fun. Its hatchback adds useful practicality, too. In the A4’s defence, it’s rarer, better equipped and feels more ‘premium’. 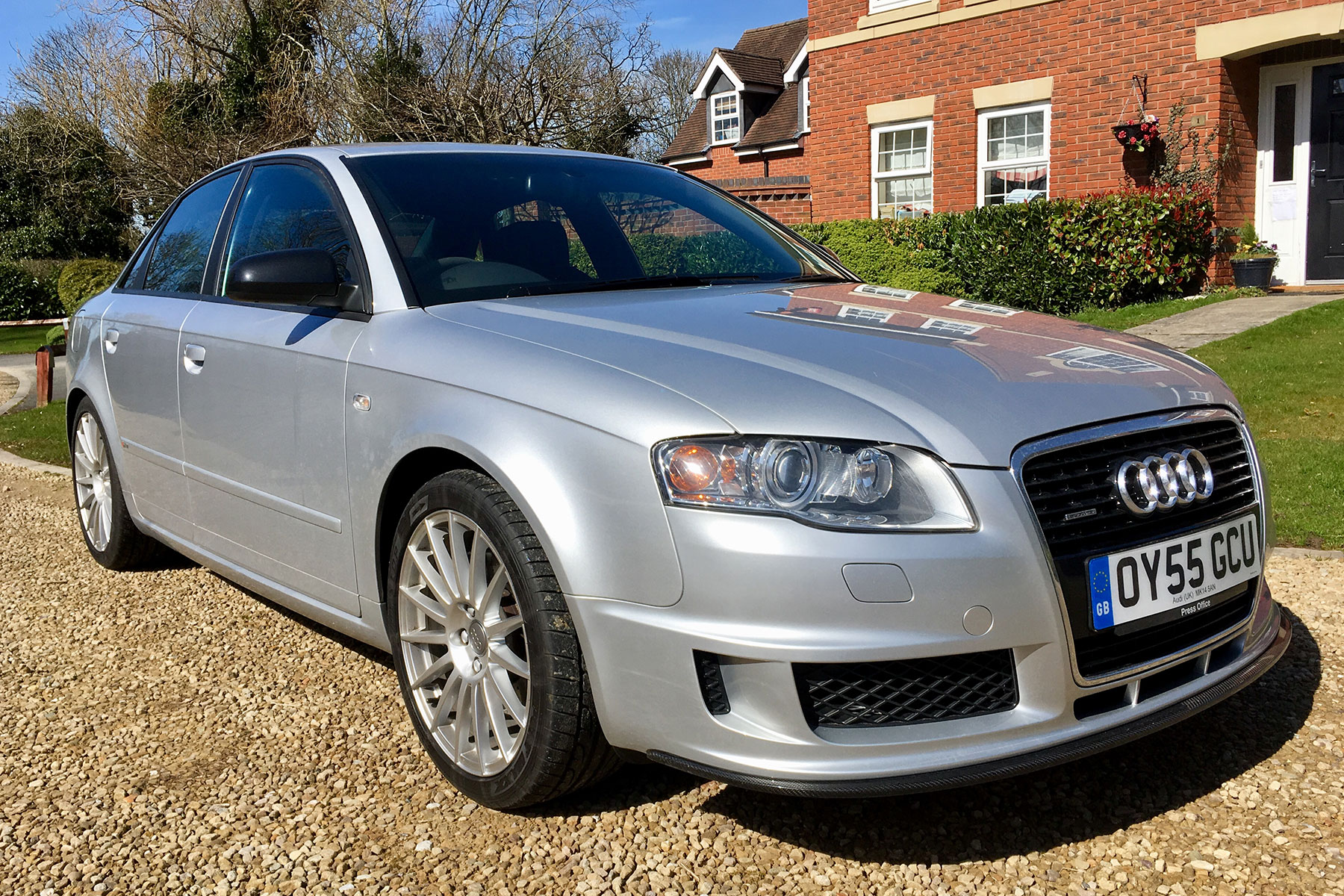 My final drive back to Milton Keynes is tinged with sadness. As I pull into Audi HQ, the odometer has gained 1,672 miles, the final tally standing at 8,196. The DTM has been as reliable as I’d hoped, and managed just less than 40mpg overall.

Fancy owning an A4 DTM? You may need to be patient. We found just two for sale at the time of writing, one of which had many dubious modifications.

Find a good one, though, and you’ll have a leftfield modern classic that should appreciate in value. And what’s not to like about that?