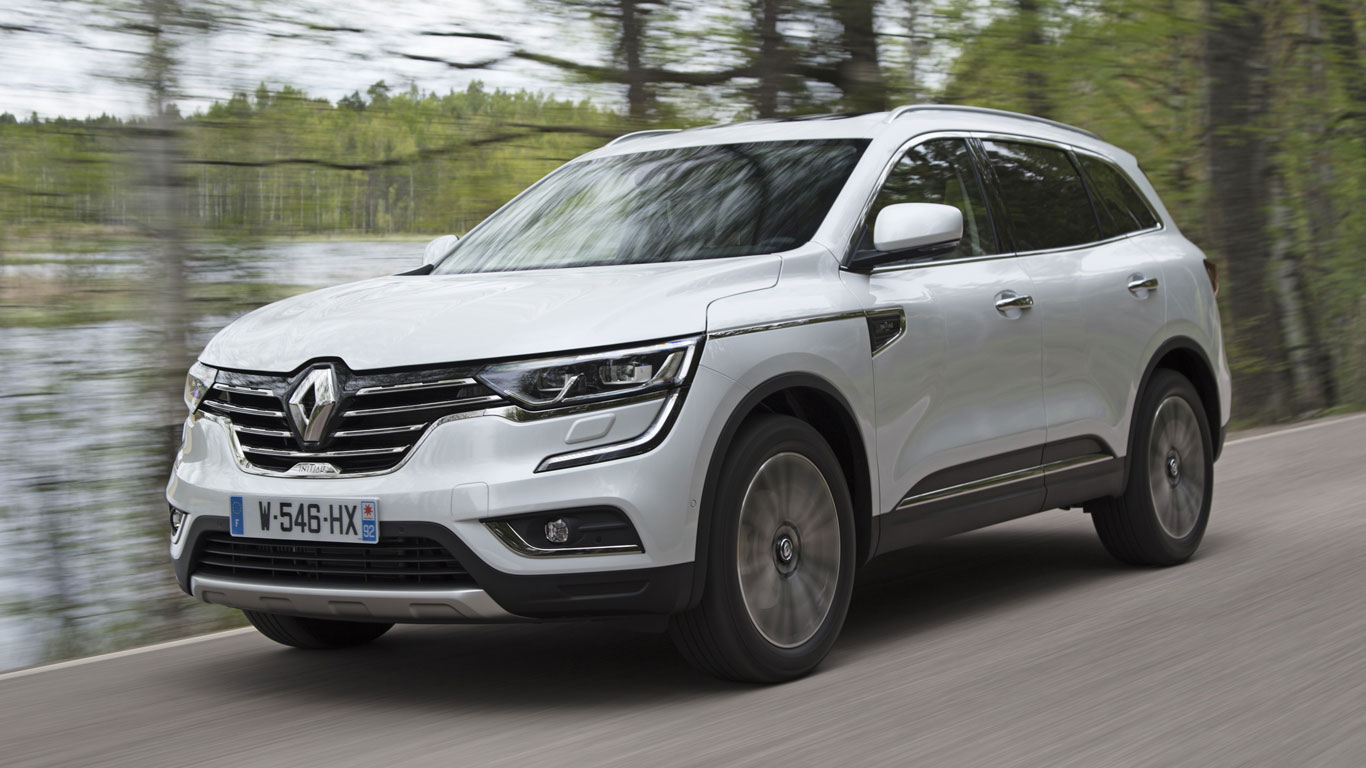 There’s no shortage of great value mid-size SUVs: Skoda’s recently launched the brilliant Kodiaq, the Kia Sorento is a firm favourite and Mazda’s new CX-5 is a genuine five-star car. But Renault is hoping its new Koleos will be good enough to take on all of these – and even give more premium rivals such as the Audi Q5 a run for their money.

One aspect that could count against it is the lack of a seven-seat version – and there never will be, insists Renault. Apparently it was largely a design decision… offering seven seats would have given it a blockier rear-end, while all three rows of seats would have been somewhat compromised for space. Instead, Renault’s prioritised offering as much space as possible for just the two rows of seats, while offering the kind of attractive design buyers in this segment want. Besides, if you want true practicality, Renault offers the trendy seven-seat Grand Scenic for similar money to the Koleos.

The line-up on offer from launch is relatively simple. There are two diesel engines: 1.6-litre producing 130hp, and a 175hp 2.0-litre. Petrols aren’t available – although Renault is watching the market, it says – and you can’t opt for a hybrid, either. The lower powered model comes only in front-wheel-drive form along with a six-speed manual gearbox, while the 2.0-litre is available with two- or four-wheel-drive and an option of a six-speed manual or a CVT auto ’box.

Most buyers will find the smaller engine more than adequate for day-to-day driving. Around town it’s quiet and smooth, while the manual gearchange is perfectly precise. Even loading on the revs doesn’t harm noise levels too much, although we did notice a slight vibration through the acceleration pedal. It’s not too irritating, but you’d be unlikely to notice it in a premium rival. 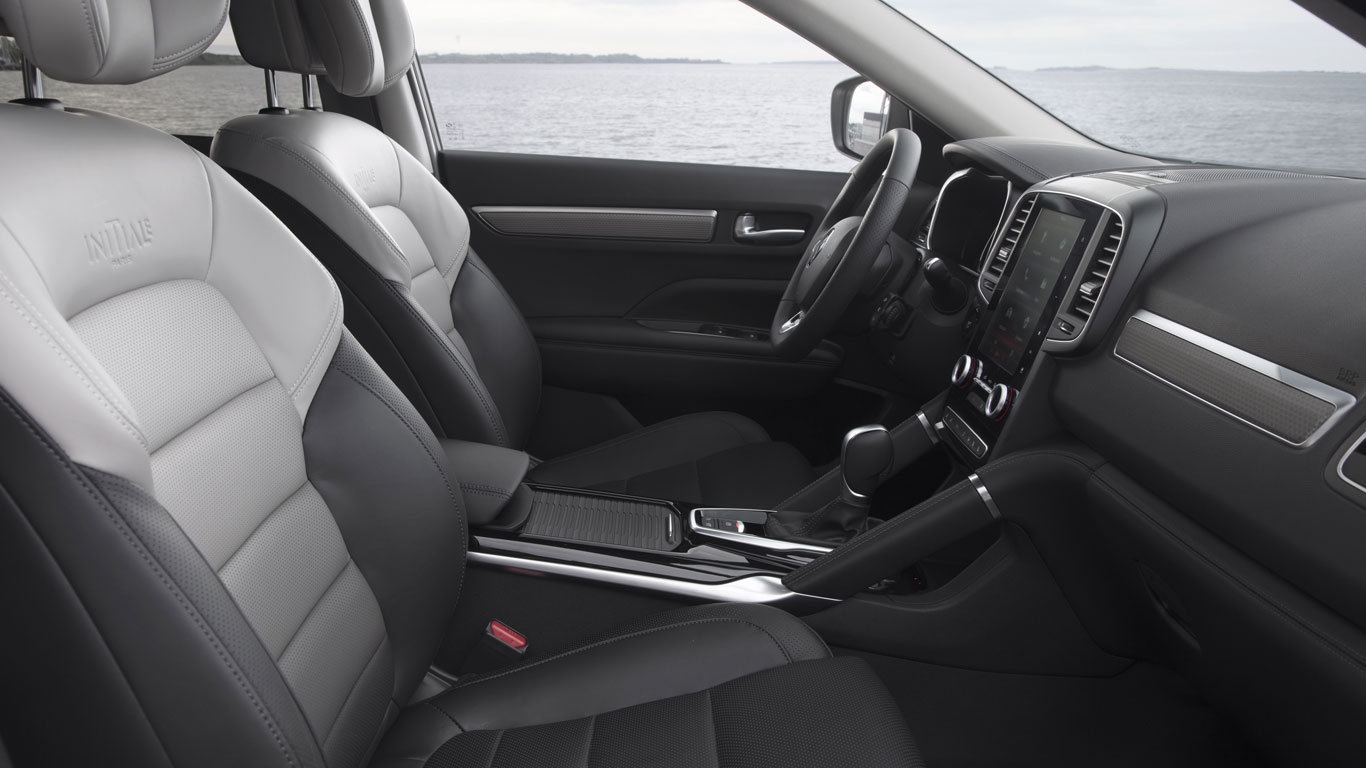 It’s at motorway speeds where the 175 is more desirable. Although the 130 reaches 70mph without too much fuss, the extra flexibility offered by the 2.0-litre engine makes for a more relaxing motorway drive – especially when combined with the automatic gearbox. Although the letters ‘CVT’ still make us wince (and deservedly so with some cars on the market), it’s perfectly likeable in the Koleos. Fake ‘gears’ provide the feel of a conventional auto, and even accelerating hard doesn’t create that awful din CVTs are known for.

Although very few people will be considering the Koleos for its off road credibility, we did put the four-wheel-drive model through a brief off road test during the car’s launch in Finland. It’s perfectly capable at tackling modest ruts, axle twisters and inclines – more so than you’d probably expect – but we did find ourselves wishing it came with a hill descent mode for heading down steeper hills. Most buyers won’t miss it.

Select the 4wd auto mode and up to 50% of torque can be shifted to the rear wheels when required to enable progress in slippery conditions or counter understeer at higher speeds. If you live in an area plagued by treacherous winter roads, this is a comforting safety feature.

Back to the line-up: there are just two trim levels on offer in the UK initially: the Dynamique S Nav and Signature Nav. The former, which starts at £27,500, is well equipped as standard with 18-inch alloys, an opening panoramic sunroof, half-leather seats and a seven-inch R-Link infotainment system. Opting for the Signature provides a clear step towards the premium market, with 19-inch alloys, full leather interior, a larger 8.7-inch infotainment system and a powered tailgate.

Options include the £400 climate pack, which consists of ventilated and heated front seats as well as heated rear seats, steering wheel and a heated windscreen; while Signature Nav customers can opt for a 13-speaker Bose sound system (£600) and a gimmicky hands-free parking feature (£350).

The R-Link infotainment system is the same as that already found in the Megane and Scenic. It’s relatively easy to use, and refreshingly uses a portrait-oriented screen (meaning you can see more of the road ahead when using the sat-nav…). We did encounter a slightly buggy R-Link system in one of our test cars, but we’ll give it the benefit of the doubt and say it simply needed a reboot or update.

Both trim levels come with Apple CarPlay and Android Auto, meaning you can resort to your phone’s mapping software if you don’t get along with the built-in sat-nav.

We touched earlier on the space offered in the rear. There’s plenty of it – head and knee room are plentiful for even tall adults, while the seats are comfortable and supportive. There are two USB charge points too – great for keeping teenagers happy. In the boot, there’s 579 litres of space. That’s not as much as the Skoda Kodiaq, but a clever removable boot floor provides useful extra space and the rear seats fold almost entirely flat for shifting bulkier items. 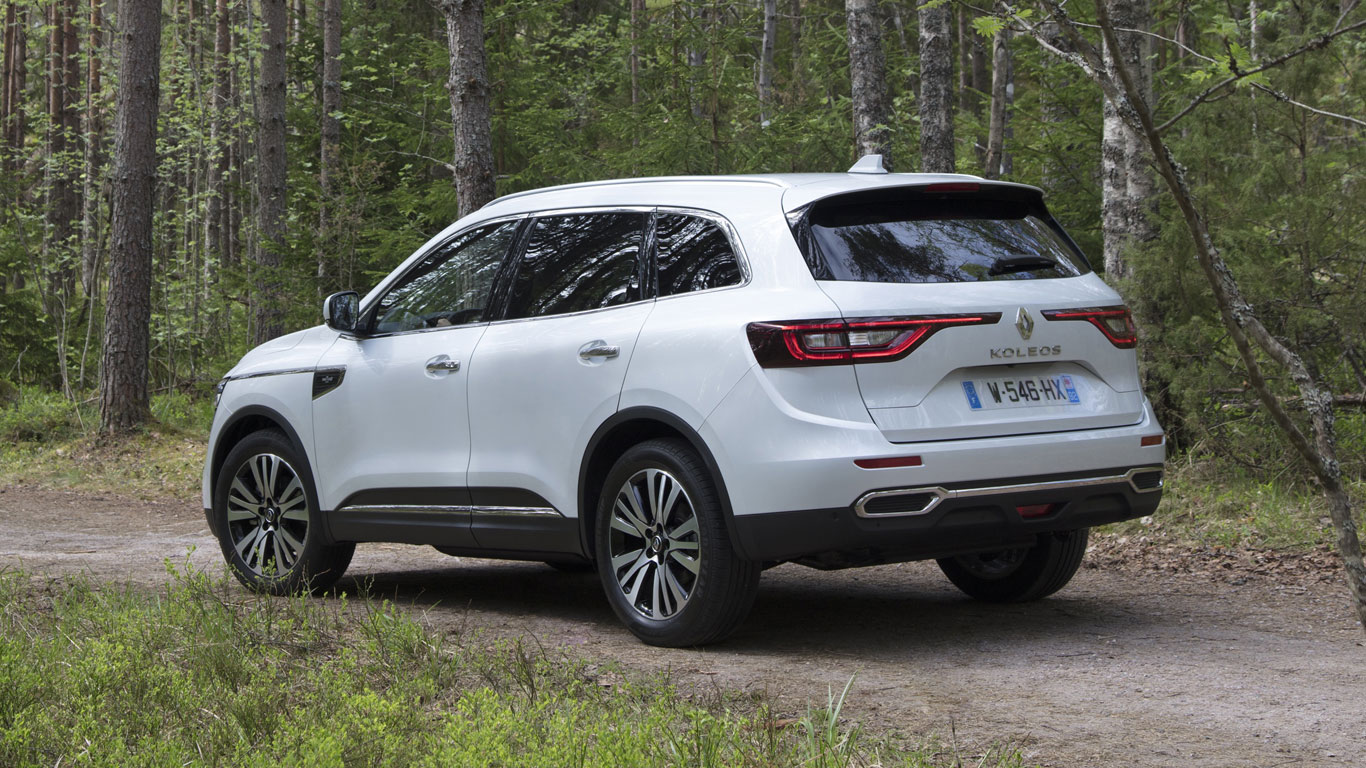 The new Renault Koleos completes the firm’s range revamp, which started with the Clio in 2012. Not only does it look great, the interior is bordering on premium and a lot of thought has clearly been given to practicality. It’s exactly what you’d expect from Renault in 2017 – and that’s not a bad thing.

For the money, the new Koleos offers an impressive amount of standard kit. The current entry-level Dynamique S Nav doesn’t feel like a budget offering, but buyers expecting the premium feel of the upmarket Audi Q5 or Land Rover Discovery Sport might be disappointed. It’s worth noting that many rivals (including the platform-sharing Nissan X-Trail) are offered with seven seats, too.