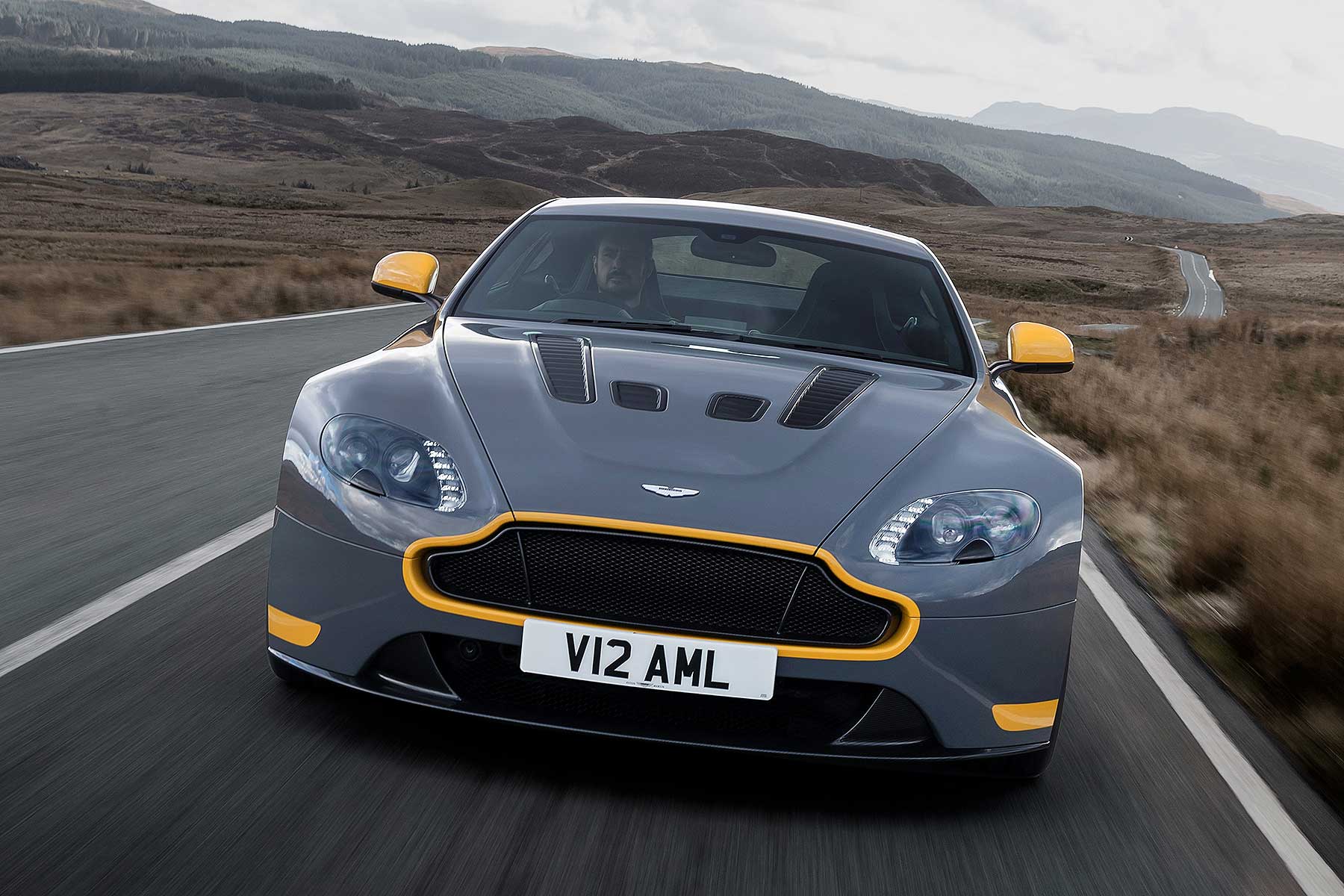 Because this one has a manual gearbox – a seven-speed manual at that. Enthusiasts still want stick-shifts and Aston Martin is keen to position itself as the enthusiast’s sports car brand. The V12 Vantage S is the first to go big on a manual gearbox option, but it’s not going to be the last, vows CEO Dr Andy Palmer. 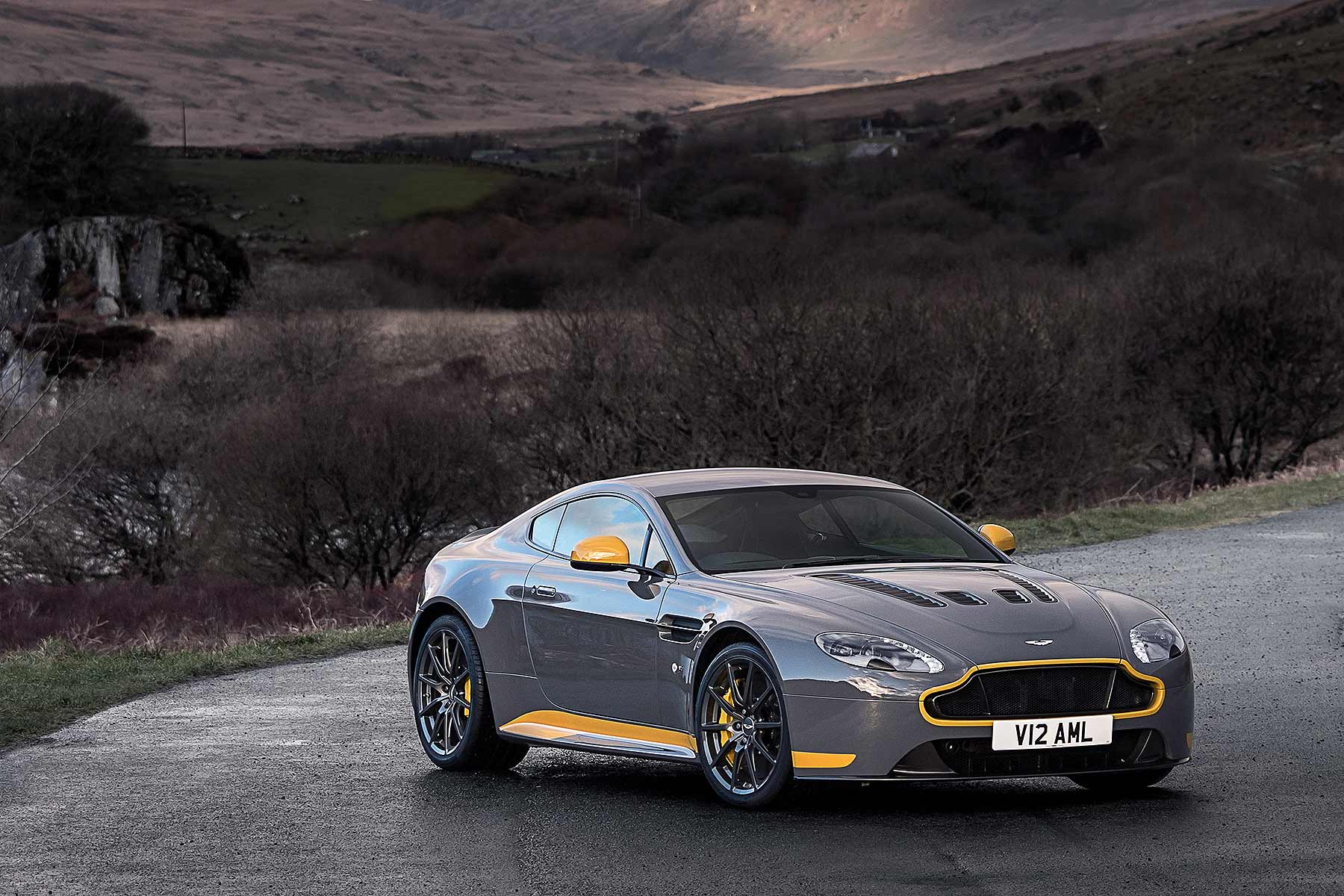 Aston isn’t dropping the existing Sportshift III automated manual. That will be offered alongside the seven-speed manual, at the same price, and probably still sell in greater numbers than this. It’s both a statement, this car, and also a toe in the water to help define the all-important Astons of the future.

Seven speeds, you’re probably thinking. Like a Porsche 911? Yes – that’s another brand that has committed to the manual gearbox, in contrast to Ferrari, Lamborghini, McLaren et al.

But for enthusiasts, it’s even better than the Porsche. Not only does it have seven gears, first is on a dog-leg: down bottom-left.

Steeped in heritage vibes, that makes this the coolest manual gearbox on sale.

But if you’re paying £140,495, cool only takes you so far. Aston’s Sportshift III paddleshifter is better than it’s ever been. The manual’s got to be good to stand alongside it and not be labour in vain. We spent a day driving it: here’s what you need to know.

It feels weird to drive at first 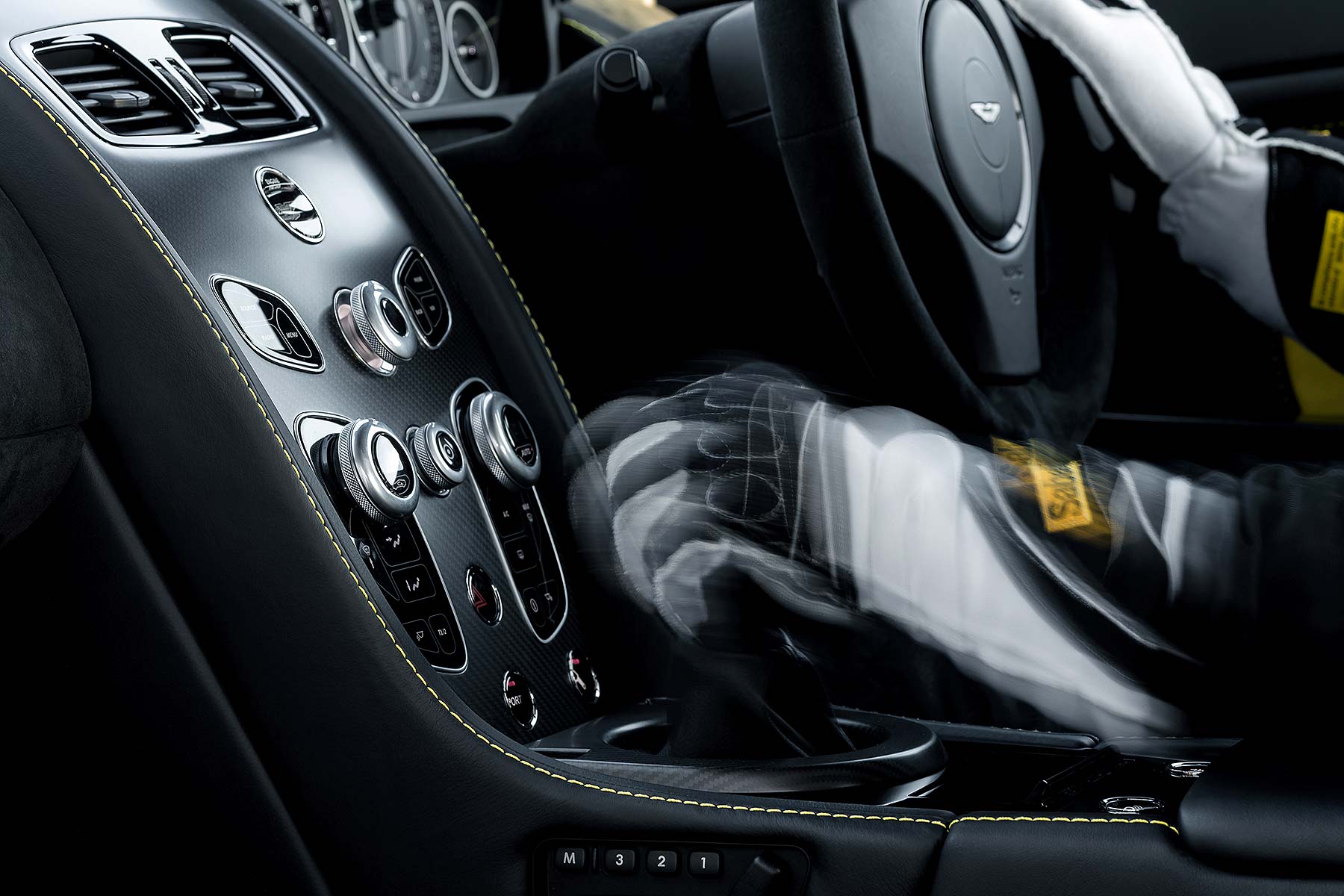 For what seems like forever, Aston Martins have had gearboxes controlled by buttons on the dashboard, and no clutch pedal. Here’s one with a meaty clutch and not only a gearlever, but one that moves in initially mysterious ways.

Your muscles know first is left and up, not double-left and down. Forcing them past two spring indents to bottom left doesn’t feel right. Time and again, your tense, clumsy arm will go from second to fifth. The gearchange feels blocky and gnarly as a result.

Give it time. You’ll learn the new logic, not have to double-think every gearchange and, with a lighter grasp and more relaxed arm, discover it’s actually quite a slicky, snickety shift. And bottom left for first is not weird. It’s cool.

It’s remarkable how much more interactive it feels 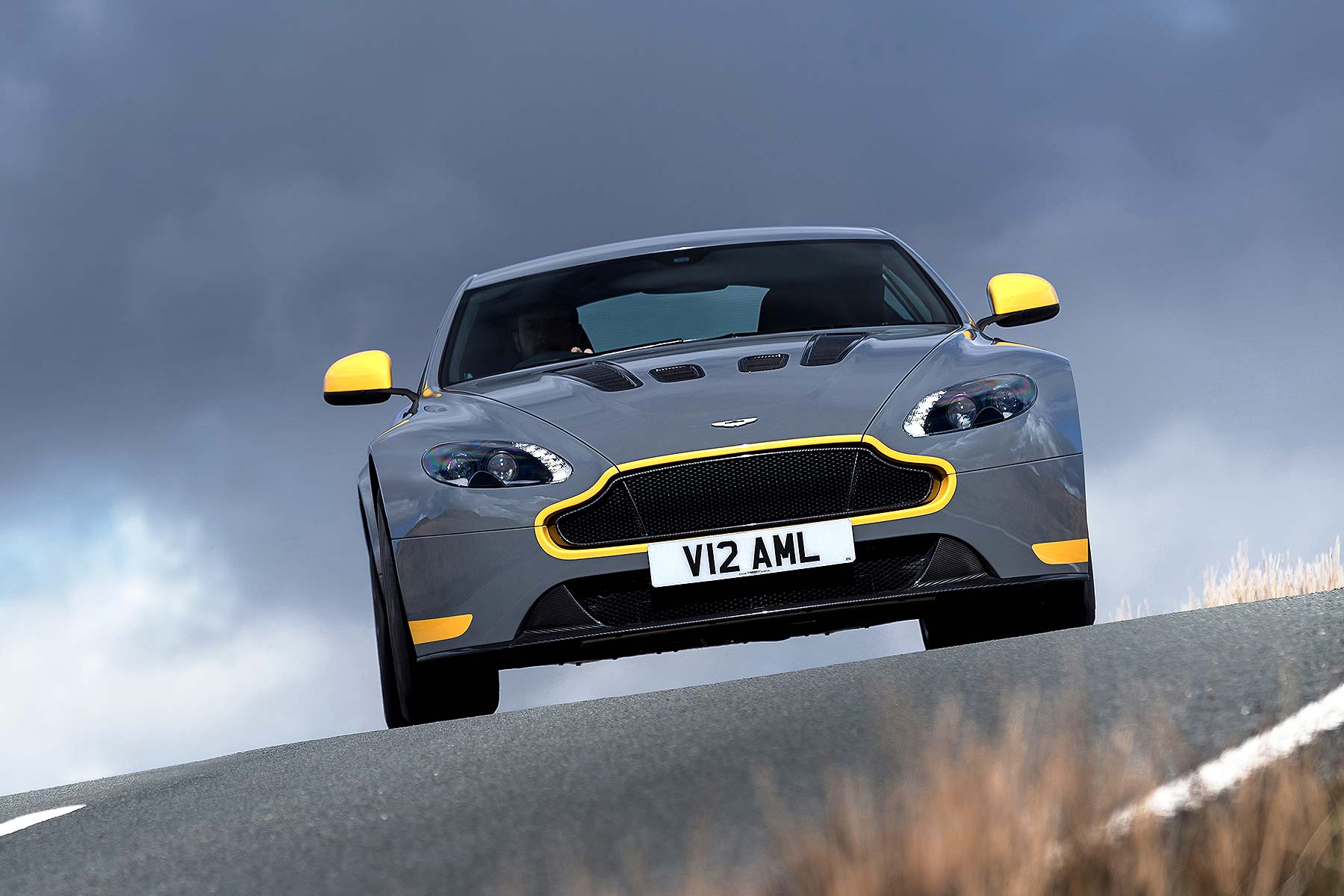 Closer involvement with gears somehow makes the rest of the V12 Vantage S feel tighter and more natural. There’s a sense of far more control over the engine and, as a consequence, the attitude and handling of the car. It’s less stage-removed tech marvel, more purist sports car.

Literally the only change is the gearbox. It shouldn’t make this much difference. But it does, because you’re more involved and realise still how much feel and feedback this Aston has to tap into. It may be getting on, but this is the very reason why it’s so appealing. Digitised modern alternatives are lacking compared to this (take note, Aston).

The meaty feel of the clutch, the intricate, weight-shifting flow of the steering, the fluidity of the gearchange all create a beautifully well-matched and experiential drive that, if you’re an enthusiast, will delight you constantly.

You don’t care about 0-62mph times 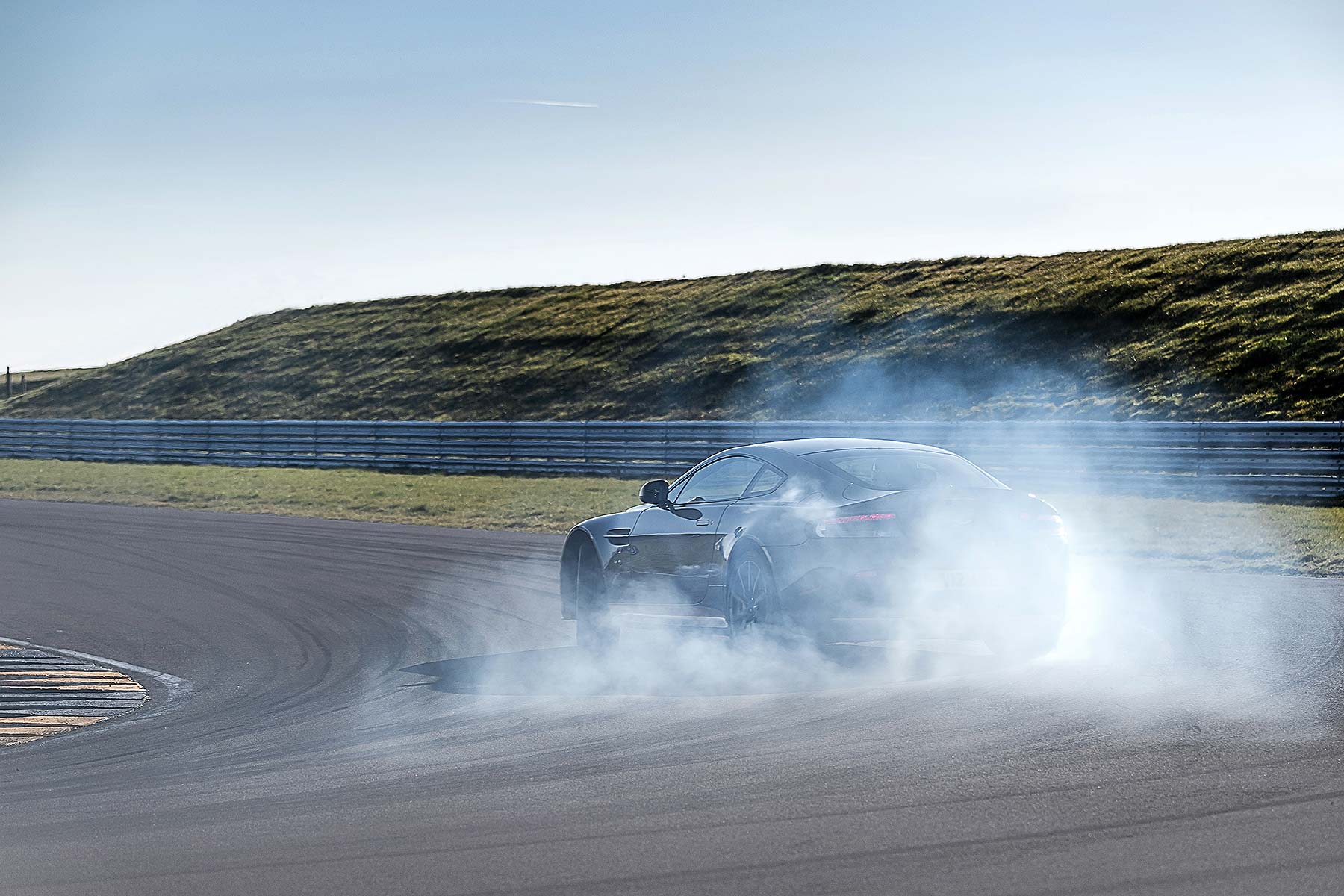 Driving the peaky V12 manual fast requires the driver to really drive it. Here, the pleasure comes from doing this well, not necessarily doing it as fast as possible. Besides, the brutality required to clock-watch manual cars is simply anathema on a car this tactile.

The gearbox will flatter you at the press of a button 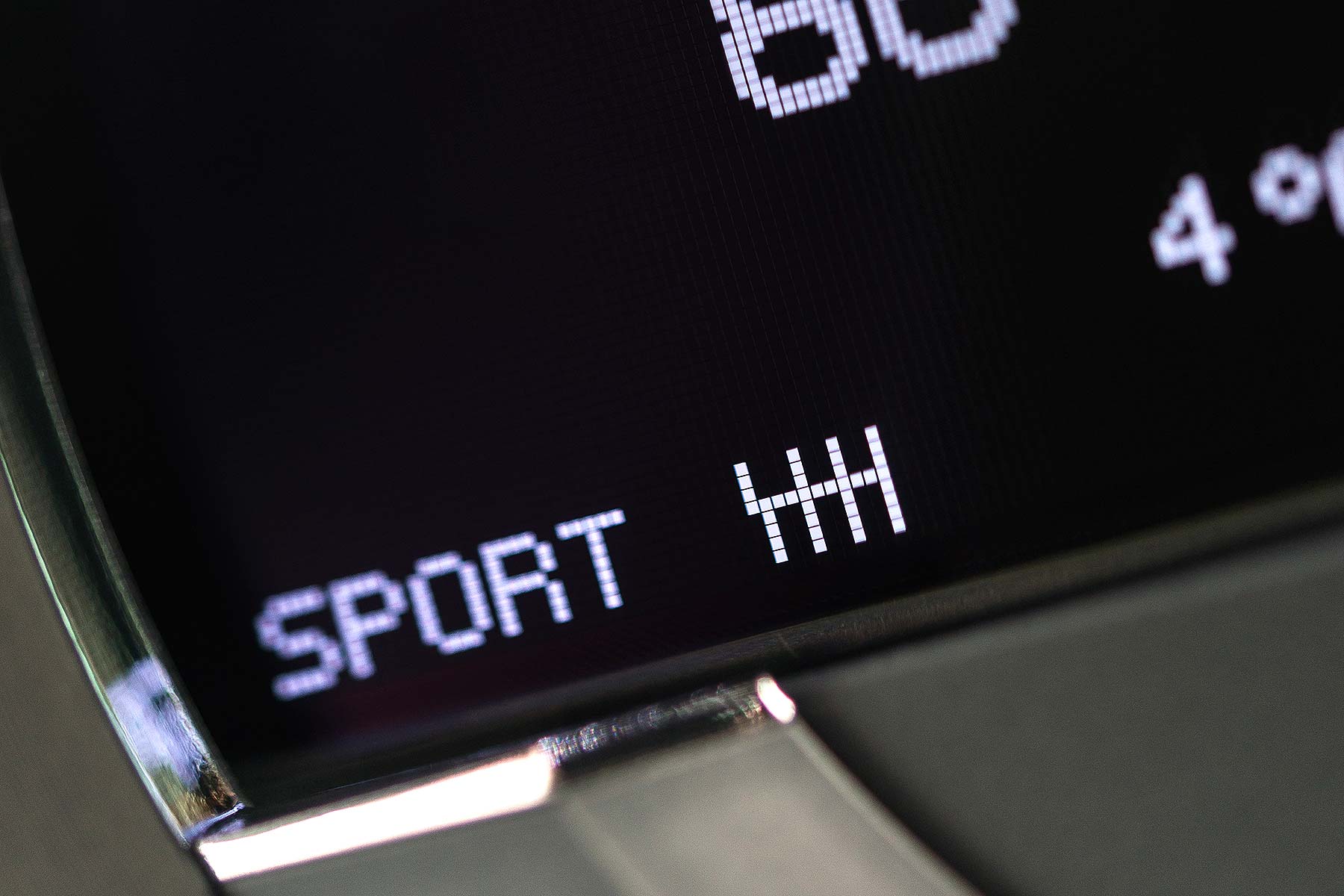 Had enough of trying to be an auto-matching driving god? Turn on Aston Martin AMSHIFT. This uses a battery of sensors to auto-blip on downshifts like a pro; it’s more convincing/less irritating than some such systems.

It also, bizarrely, allows full-throttle gearshifts. You still pump the clutch but can keep your right foot planted. What did we say about muscle memory? Like rubbing your chest and patting your head, just you try to do this without fluffing something. This is a curious extra feature we didn’t like.

For 2016, Aston has fitted better sat nav and Apple CarPlay for iPhones 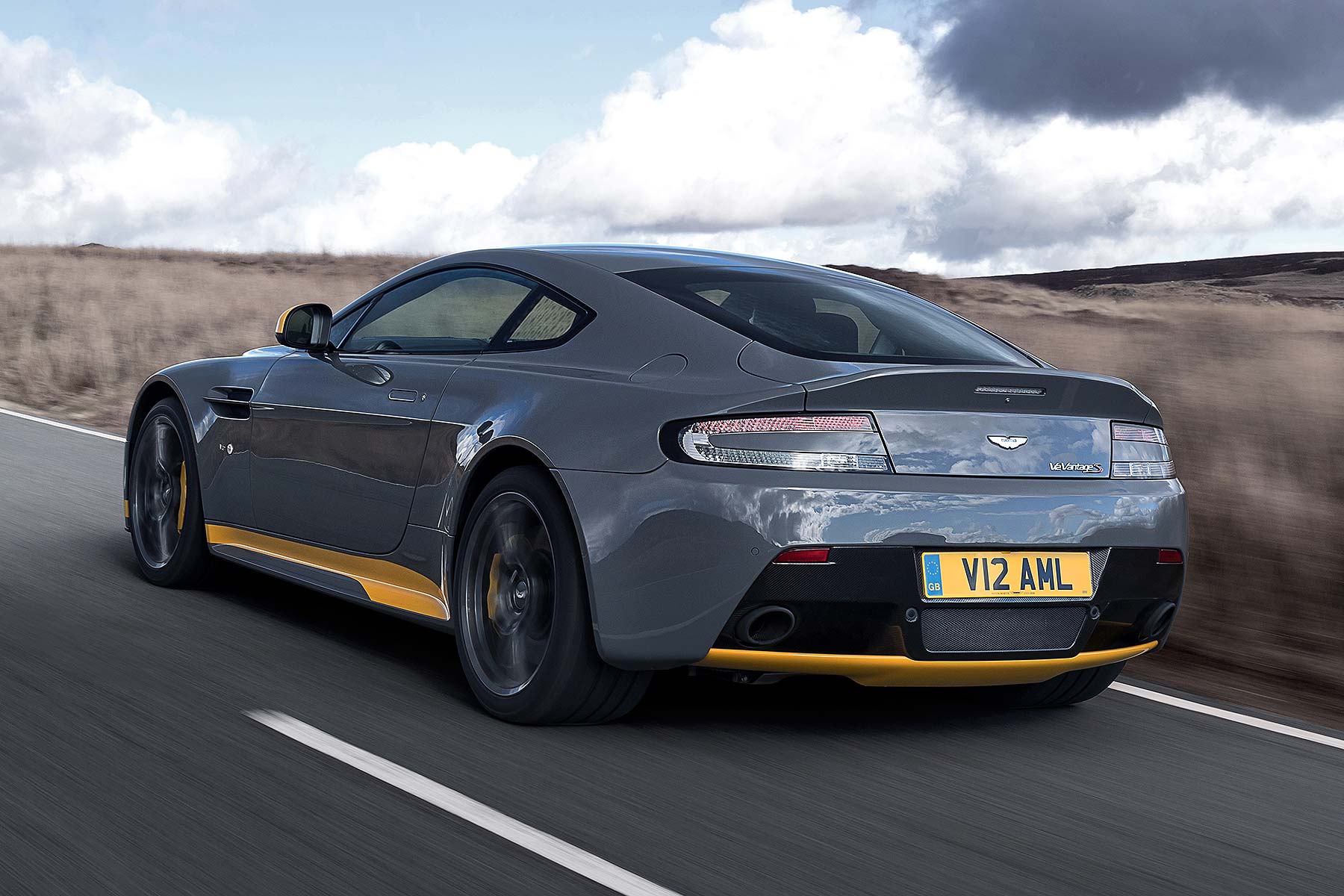 Aston may be busy developing all-new cars like the DB11 and this car’s replacement, but it hasn’t forgotten the current Vantage. For 2016, all models get the new AMi III infotainment system. Aston’s improving its once-awful sat nav by degrees and this is the best yet.

It is faster, has better graphics and far easier destination input. It also incorporates Apple CarPlay, so iPhones can be paired with an Aston – and controlled through the infotainment screen at last. 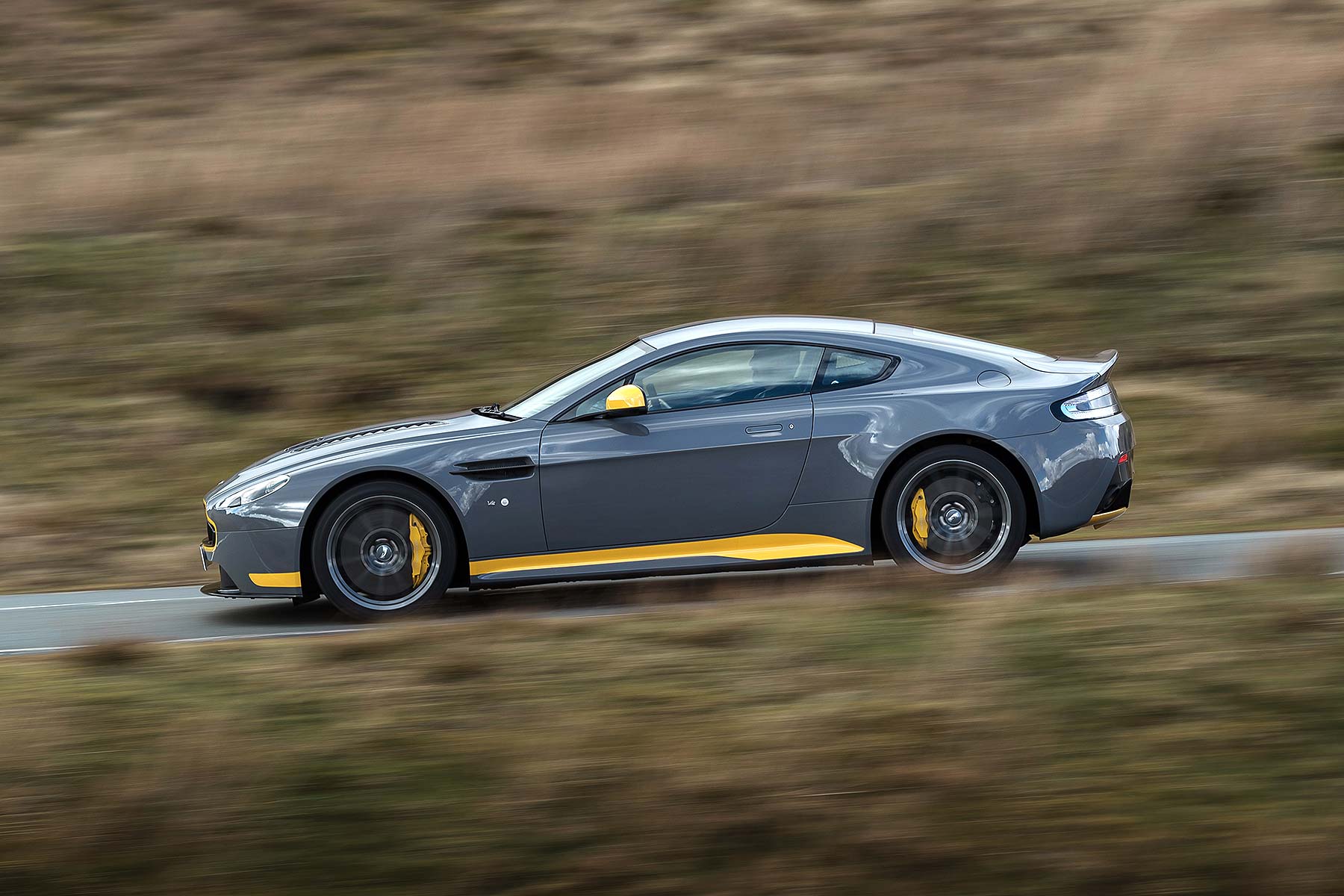 The oh-so familiar interior is beautifully made, a real credit to the Gaydon craftsmen – but boy, they’ve had practice with it. The architecture is aged, spidery displays hard to read and the once jewel-like dials are now simply dull. The lack of a decent dial pack information display is glaring. Supplementary sat nav directions before your eyes? Forget it.

Aston Martin made a manual because they’re all enthusiasts 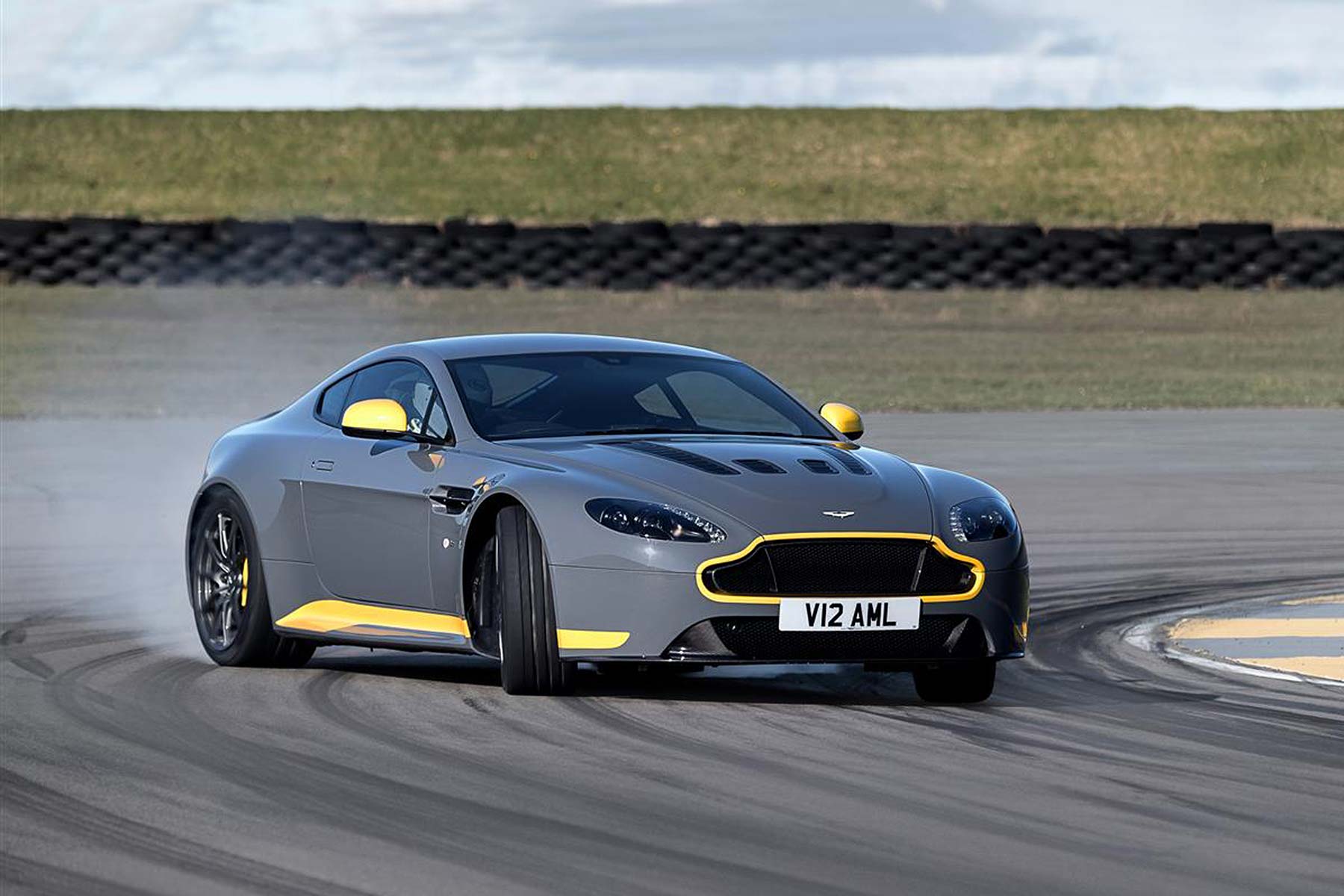 So why did Aston Martin go to the expense of producing a manual-gearbox V12 Vantage S so late in its life? Because “the true purist will always hanker for the tactility and connection offered by a manual transmission,” says product development director Ian Minards. 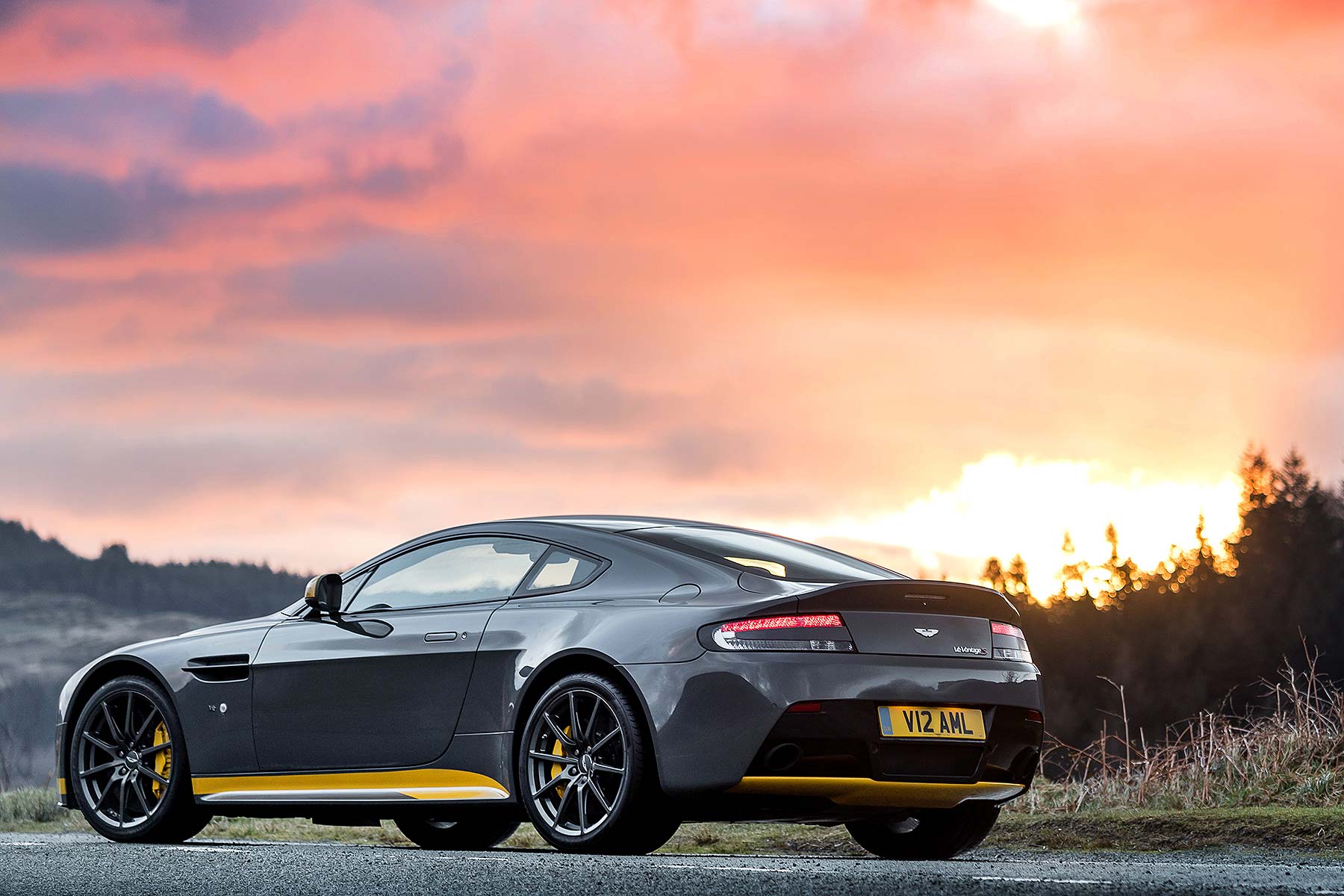 For years, we’ve been told paddleshift gearboxes are where it’s at. Stick-shifts are old-fashioned, grandpa: F1 drivers change gear with paddles and no sporty supercar worth its salt should do otherwise.

Aston proves that’s not the case. There is still a low-volume place for a manual gearbox, for those who want to enjoy the experience rather than just the lap time. Like us, such people will find the V12 Vantage S surprisingly more engaging as a result. Aston’s onto something here.

Secondhand diesel cars most likely to have engine faults

Tesla accused of banning owners talking about faults with cars