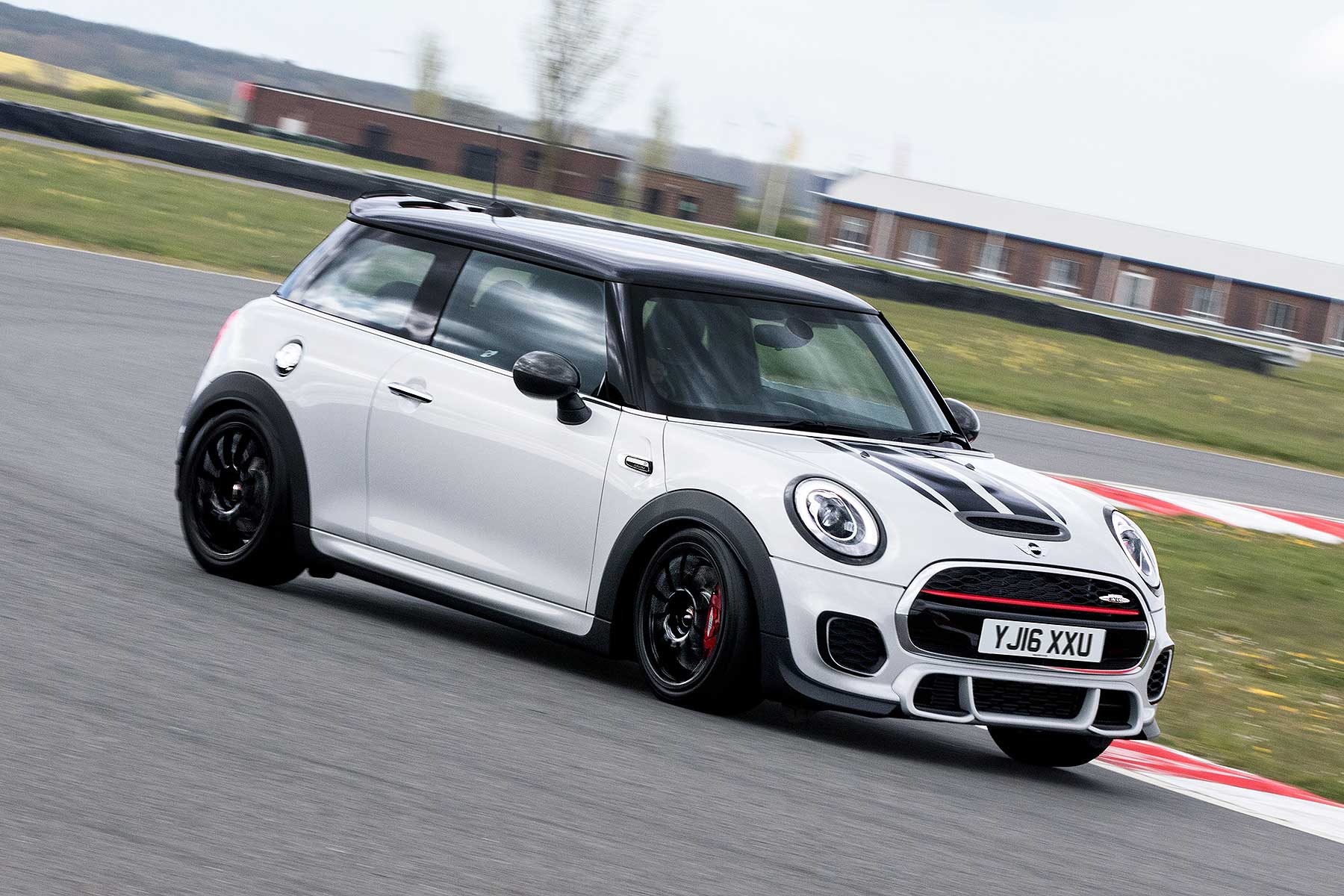 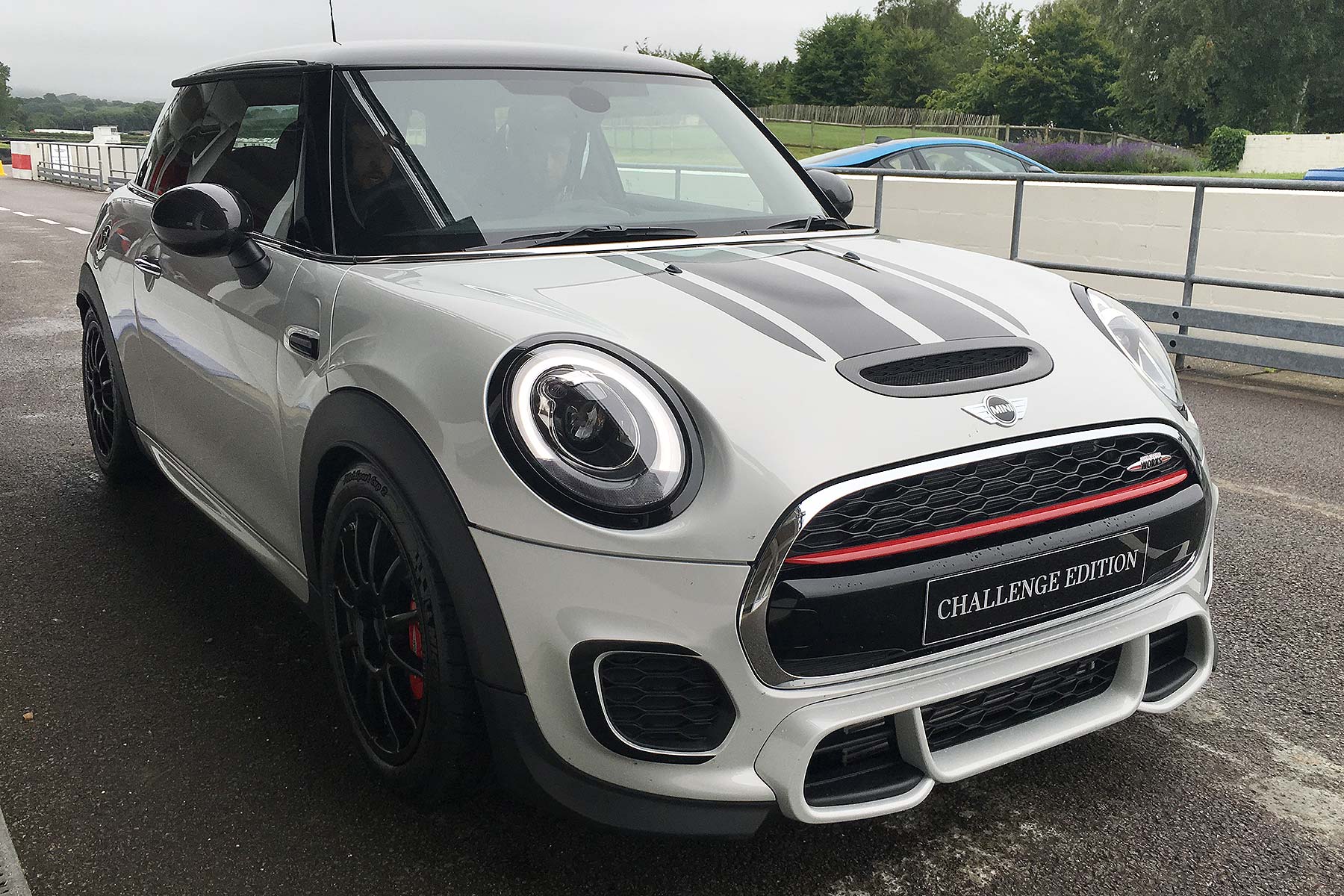 For all its claimed Britishness, most MINI design and development is carried out in at BMW’s huge FIZ technical centre in Germany.

Sure, the company has proven to have an innate understanding of MINI, and has turned the oh-so-English minicar into a truly global brand… but it’s still not fully as authentically British as it purports to be.

But at the 2016 Goodwood Festival of Speed, that so very British of motoring events, MINI had a surprise for us. The new MINI John Cooper Works Challenge, a limited-to-100 edition that’s not only just for Brits, it was developed by Brits, in Britain, to boot. It’s a little bit of taking MINI out of Europe and seeing what we do with it on our own.

And nobody’s upset by this ‘Brexit’.

Developed in secret with MINI Plant Oxford’s ‘Building 71’, a small lock-up on the massive manufacturing site that houses the factory MINI Challenge race team, this genuinely is a project that BMW approved but acted only as facilitators on: all the decisions and all the development was carried out in Britain, with final honing done in conjunction with performance car magazine Evo.

Fresh off the line for its first-look opportunity, we were there to find out more, both from MINI and Evo – and, more importantly have our first drive of the MINI that Britain made.

It has parts from racing cars – literally 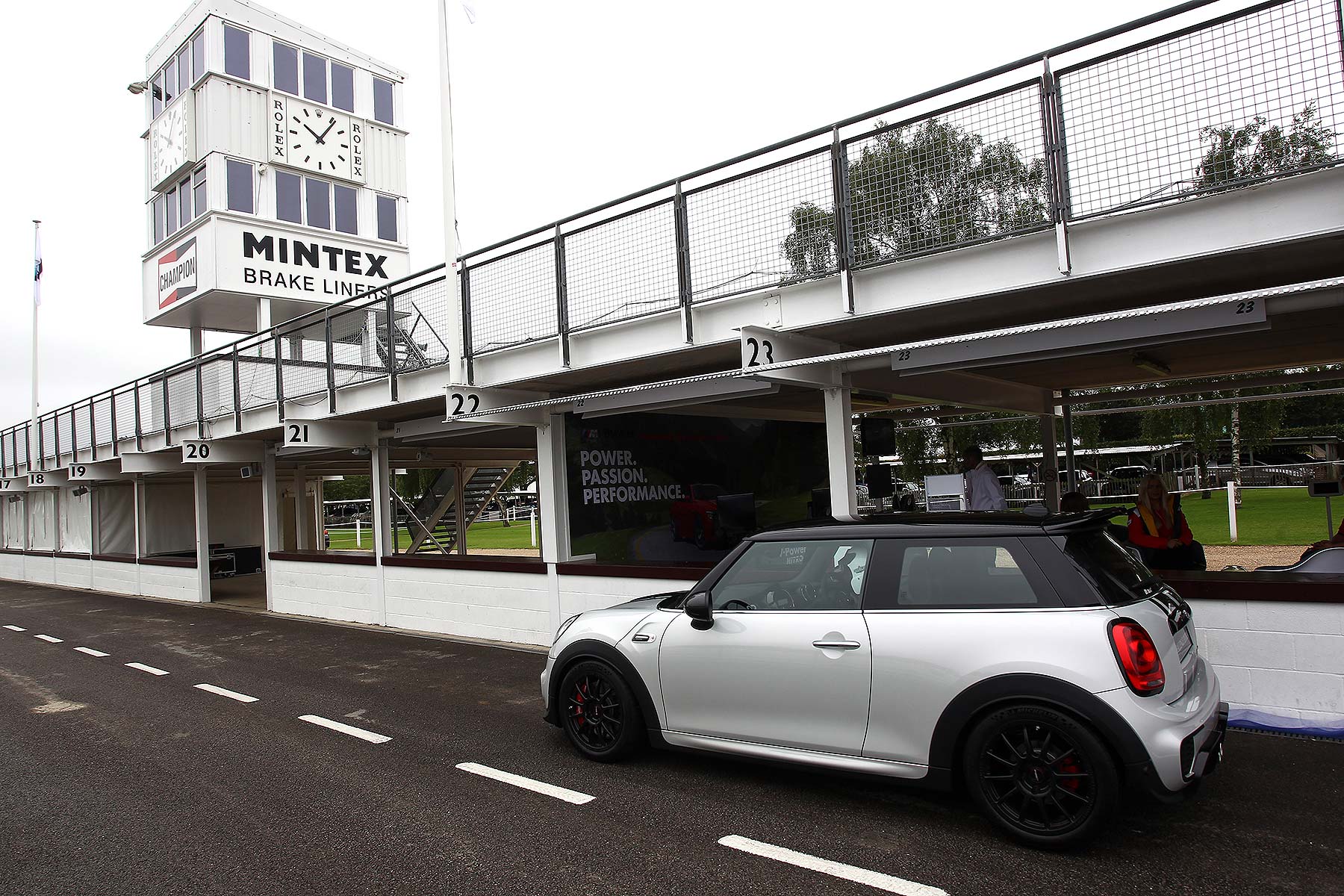 MINI hasn’t just bolted on racing car components though. Although they’re ultra-exotic precision-built, they’re not necessarily fine for the rigours of road use. So BMW has worked with the suppliers to make sure all these fancy parts pass the longevity and refinement tests all components fitted to BMW Group cars have to meet. A detail-engineering job that’s hardly the work of a moment. 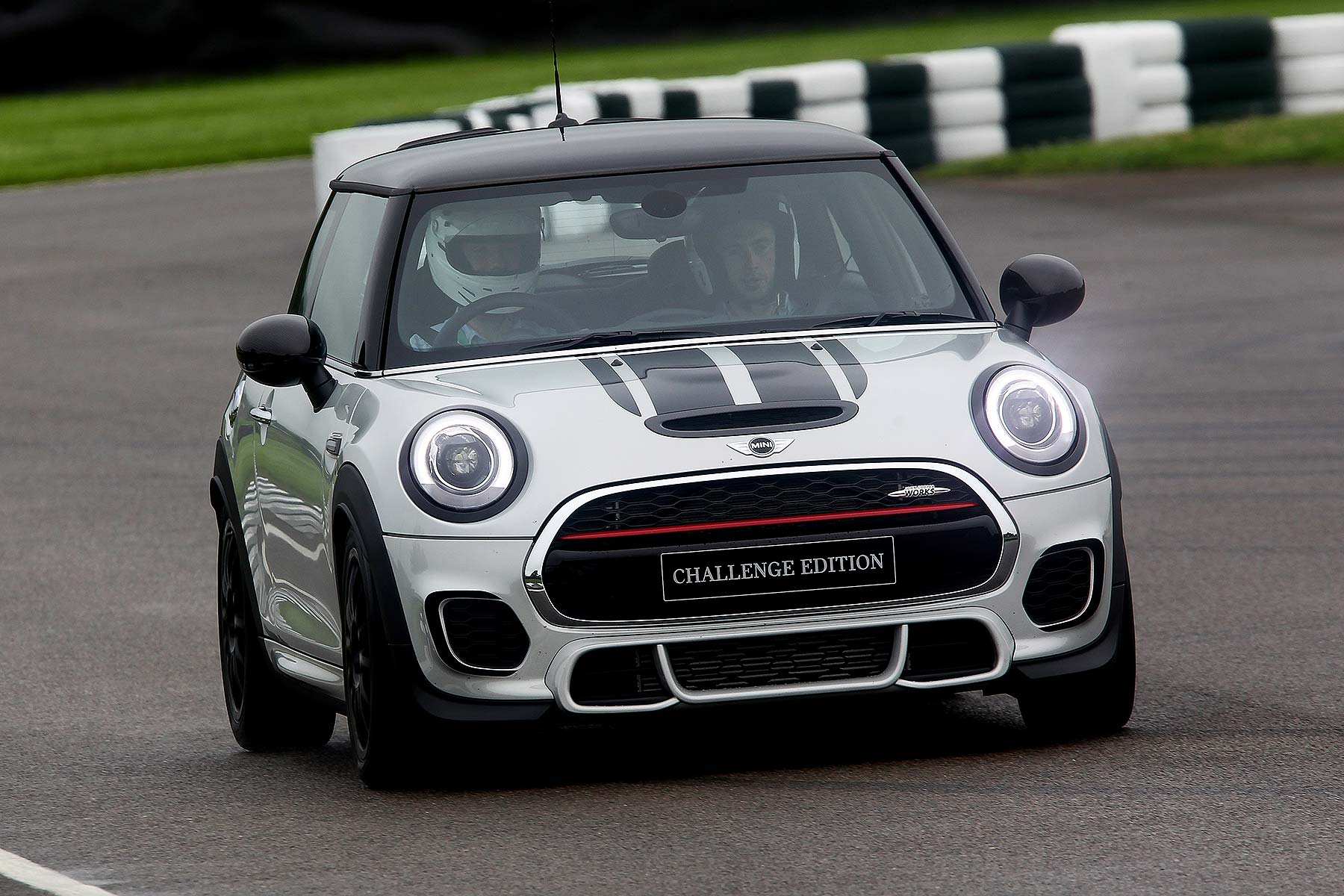 An expert team from Evo magazine was involved in this project from the start. Initially, they told MINI what they’d like a bespoke fast-road MINI to be like and, later on, spent two days with the engineers testing different settings and configurations.

Sounds to us like a dream road test: offer your input and, if there’s something you don’t like, tell them to change it until it’s right. “Happily, both us and the MINI guys were on the same page,” the magazine’s Stuart Gallagher told us. 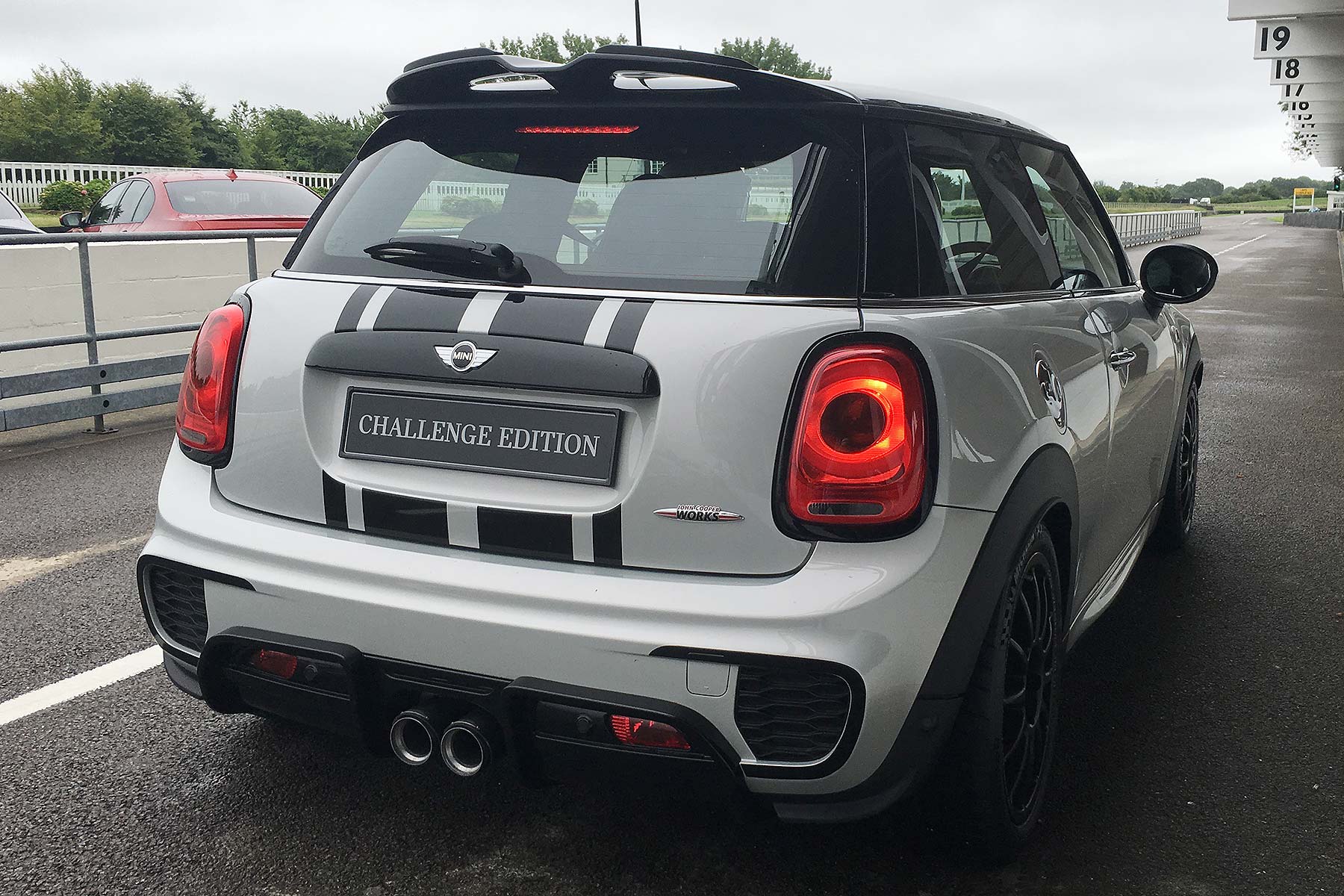 Not only is the suspension uprated, it’s also adjustable – not by pressing different settings via a dash dial, but by getting beneath the skin and adjusting the ‘clicks’ on the damper units themselves. Camber and castor are also adjustable; the Challenge has adjustment plates on the front axle to increase negative camber, itself already set to two degrees’ negative front and rear: more negative camber means more cornering grip. 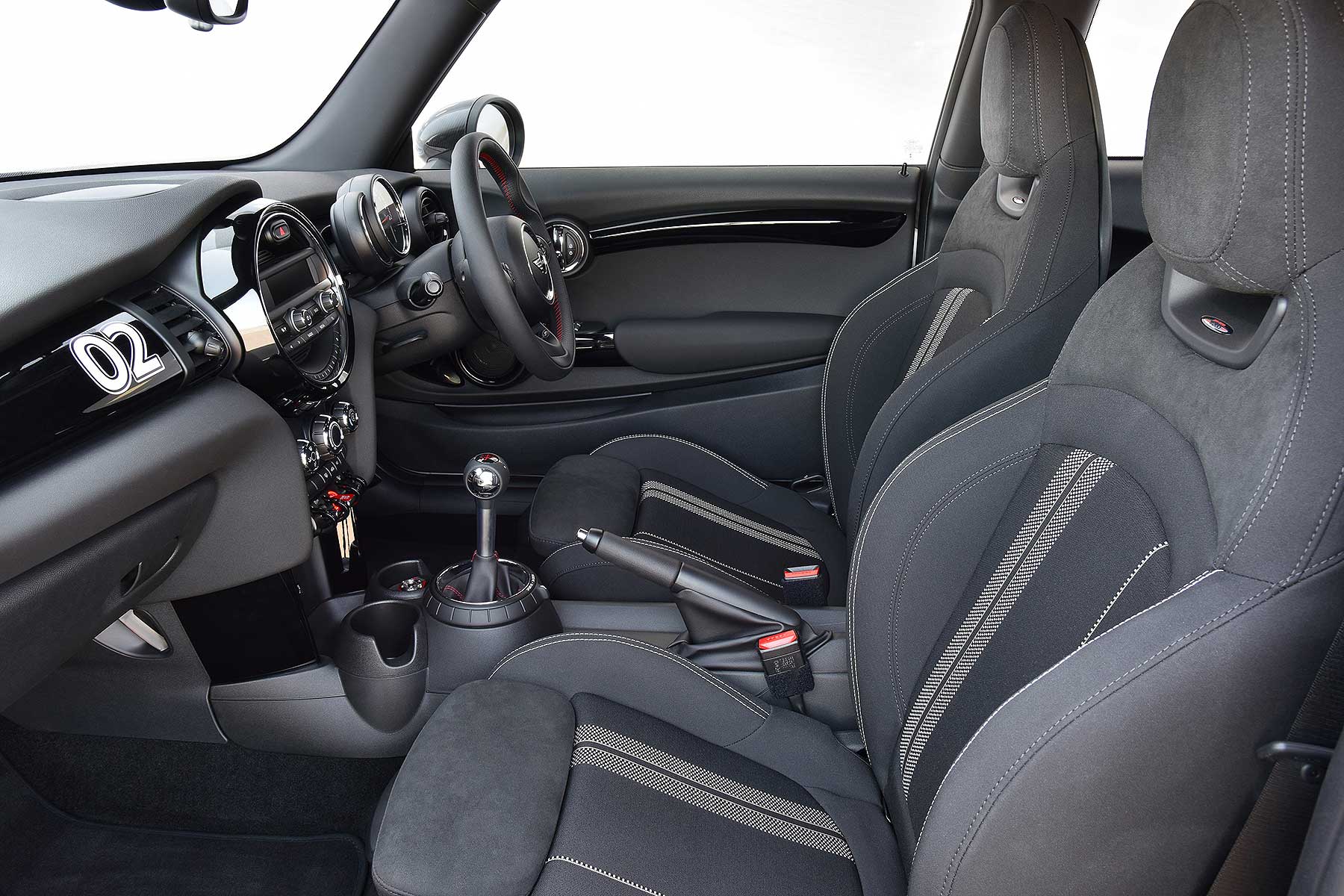 The MINI John Cooper Works sees the 2.0-litre four-cylinder turbo petrol engine tuned up to 231hp and the Challenge does not alter that. “It’s not about ultimate speed, but how much fun you have between them,” says MINI complex problem resolution group leader (great job title) James Loukes. “We think there’s enough power as standard.”

He’s not wrong. Even at ultra-fast Goodwood, 0-62mph in 6.3 seconds is fine for a little front-drive sports hatch like this. Sticky Michelin rubber makes full use of it and the ride exhaust on the back sounds suitably naughty: the MINI is a short car so you’re sat not far away from the tailpipes, which emphasizes their rorts, crackles and pops.

It’s all about the corners

The MINI Challenge feels immense the moment you turn the wheel. Initial steering response is alert and confident; the car turns as your fingertips turn, with no unclear grey area while slack and body roll are taken up. This alone helps make the Challenge feel more accurate and easy to position.

Grip levels are high (those tyres are immense) and the balance is altered over the standard car – it’s a bit looser on the rear, so feels a bit more rear-led and dynamic. This ups the feeling of chuckability, with control coming from the greater confidence you have in it; the perfect combination.

You can charge into slower corners hard on the brakes as these too have more power and feel. Like the steering, they’re very progressive and easy to modulate. And, back out of bends, the Quaife differential helps put power down efficiently and also ‘energises’ the steering with a touch of squirmy tenseness that itself is exciting to feel. 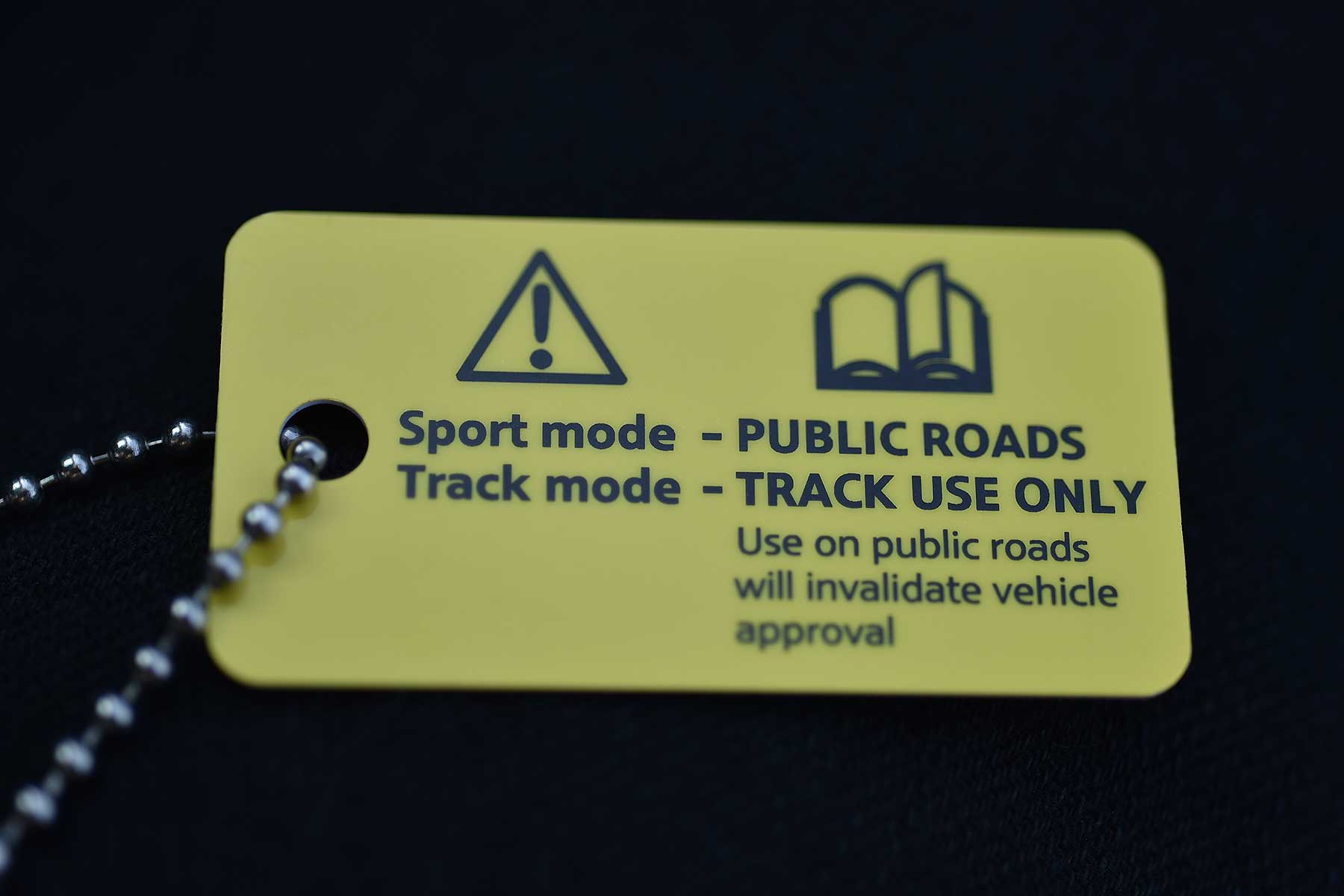 We’re yet to drive the MINI John Cooper Works Challenge on the road but are confident it will be a great fast road hot hatch. Unlike modern super-smooth race circuits, Goodwood is fast, undulating, rippled and dramatic, so if a road car copes with this and is still amusing, it should be good on typically British public roads as well.

What’s so great is that the MINI team, a bit like when Renault Sport does its Trophy cars, haven’t bothered about the engine, or doing too much with the styling, or trying to make it fancy and overblown. All the development’s gone into the chassis, and this is what 100 people will pay the premium for. It’s just the sort of car you know well-informed enthusiasts would create.

If this is a success, there may be more British MINI projects 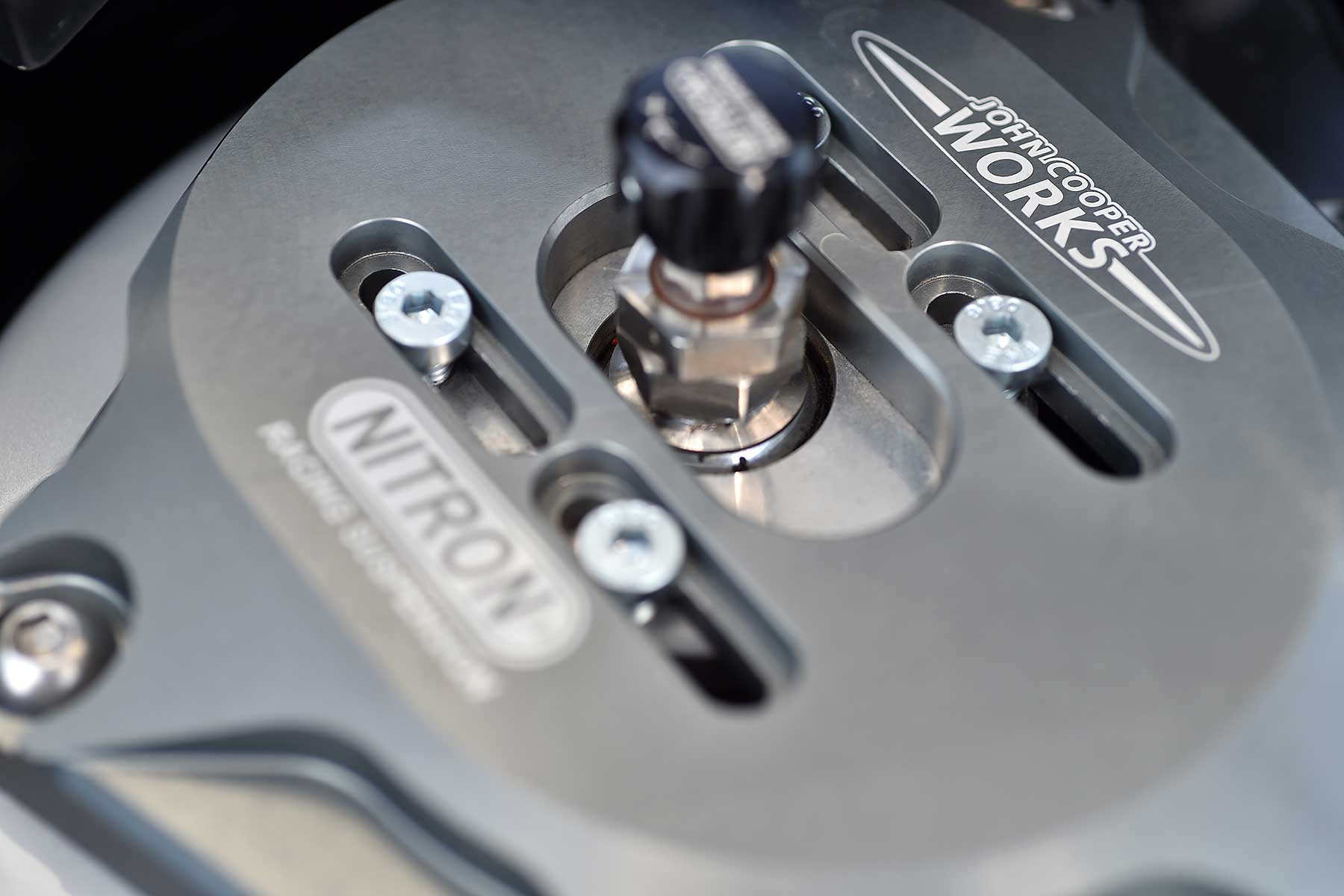 Loukes says this project was an experiment, to see if a British-honed MINI could successfully be created away from Germany. Not just the car itself either, but the supporting business case around it, as well as seeking all approval and verification for reliability, crash safety and so on. All challenges for the Challenge: passed.

The final test is how the market reacts but, as the initial reception has been overwhelmingly positive, and the car itself is a riot, this also seems to be sorted. Team MINI is saying nothing at this stage, but don’t be surprised if more bespoke MINIs, perhaps to a higher volume (and lower price), are launched in coming years… 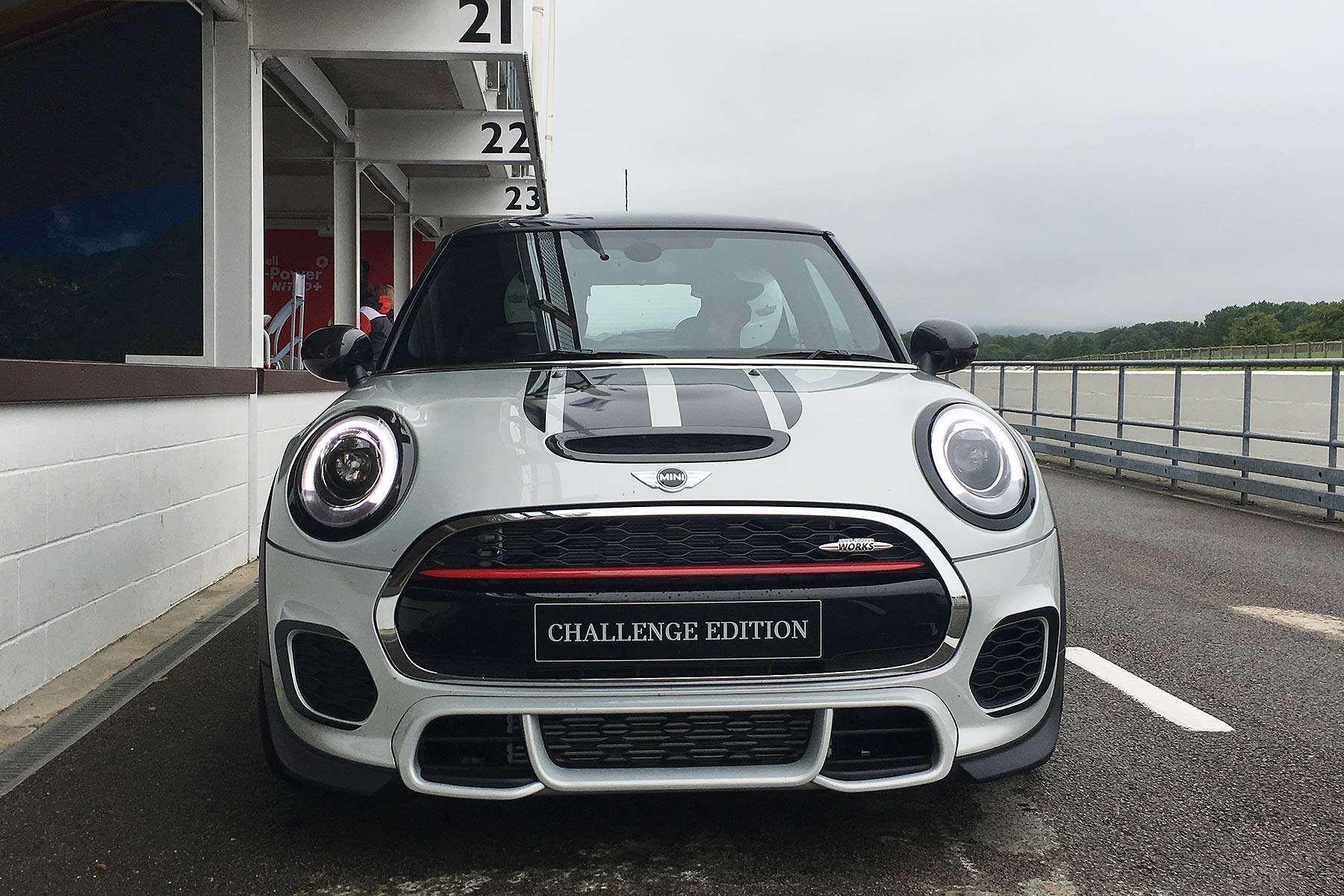 We think the MINI John Cooper Works Challenge is a corker. It’s very special to drive, with componentry directly derived from racing cars giving it a quality, purposeful, high-ability attitude on the road. The engine is no more powerful than a regular JCW, but this doesn’t matter: it’s plenty fast enough and, like all good Minis since 1959, it’s the chassis that does the work.

Plant Oxford and Evo have done a great job – so much so, this surely can’t be just a one-off. Here’s to more Engineered by Oxford MINIs in the future. Hopefully with slightly greater availability and slightly less eye-watering pricing than this one.

Brilliant handling makes you feel like a racing driver

The average speed on local A-roads is just 25mph