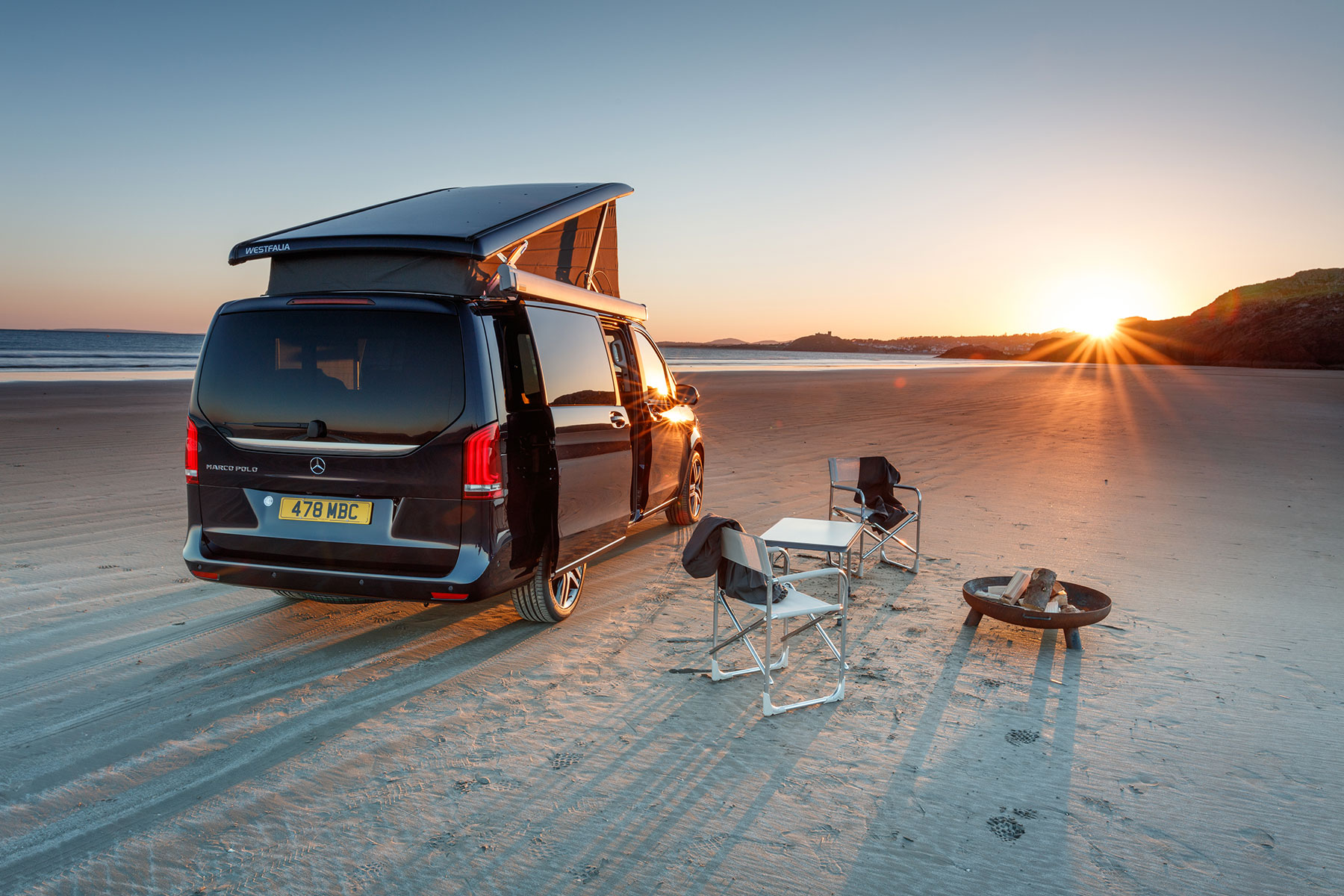 If you want to buy a modern, upmarket camper, you’re probably going to head to Volkswagen. The firm has been converting vans into weekend getaway vehicles since the early 1950s, and thousands of them – old and new – clog up the A303 towards Devon and Cornwall every summer.

While you may think you’re making a statement by buying a campervan sporting a Volkswagen badge, you’re not going to stand out on any campsite. There is, however, an alternative.

That alternative comes from Mercedes-Benz. Called the Marco Polo, after the historic explorer, the V-Class-based camper has been on sale in Europe since 1999. With right-hand-drive camper sales a relatively small niche, Mercedes-Benz has never officially offered it in the UK, though. Until now.

Converted by Westfalia, the German brand that’s been doing the same for VWs for donkey’s years, the Marco Polo features a simple four-person layout, with two seats in the front and two in the rear. A bed can be set up in the back, while a second bed provides room for two in the electrically-operated pop-up roof. There’s a small kitchen with a double hob, as well as a pint-sized fridge and a sink with running water.

There are a few premium touches, such as the yacht-wood floor and LED ambient lighting, while up front there are heated seats and a Garmin navigation system. In the back, there’s a camping table with two chairs, while a canopy retracts from the side for a bit of extra shelter (a £695 option fitted to our test vehicle).

It might look like a Heathrow-special V-Class, with its blacked out windows and business-like approach, but the Marco Polo is every bit a camper in the same way a Volkswagen California is.

Is it big and unwieldy?

It’s fairly big, yes, and it will take a bit of getting used to if you spend most of your time driving a conventional car. But it’s compact enough to fit in most parking spaces, and we took it into a multi-storey without any hairy moments. Chunky door mirrors help with manoeuvring, as do the standard-fit reversing camera and parking sensors. Forward visibility is obviously excellent, with a high seating position, large windscreen and short bonnet. 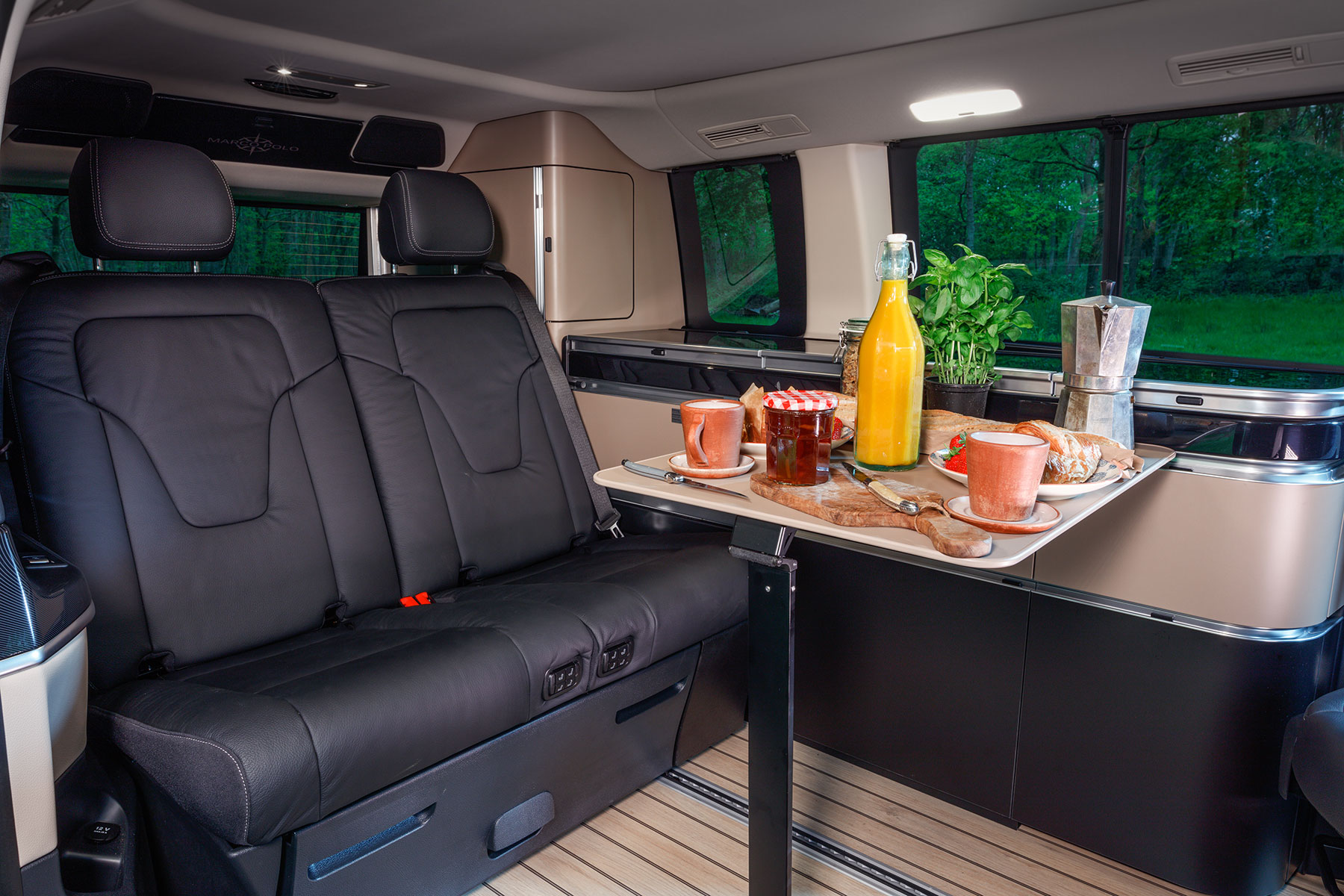 Although you can’t get away from the commercial vehicle origins of the Marco Polo, it’s surprisingly pleasant for long journeys. Mercedes-Benz hasn’t been known for its refined diesel engines in recent years, but the 2.2-litre four-cylinder turbodiesel in our V250d test vehicle was pleasingly refined, aside from a giveaway burble when trying to hurry it along unnecessarily. While it’ll happily go faster, we found that cruising at around 60mph makes for the best combination of comfort and economy (the trip computer was showing 42.8mpg after our week with the Marco Polo).

Combine that refined engine with a perfectly acceptable seven-speed automatic gearbox, comfortable chairs and a high-up driving position, and the Marco Polo becomes no less wearing during motorway miles than an SUV lugging a caravan. The suspension does a commendable job of dealing with the Merc’s 3.2-tonne weight over bumpier roads, while body roll only becomes noticeable when you start to drive it faster than 90 percent of drivers on the road. Which is a bit silly when you’ve got your finest china and a week’s worth of luggage in the back.

To live in? Probably not. It’s a bit small for that. But if you’re looking for something for weekend getaways, the Marco Polo is ideal. We like how easy it is to get in and drive – none of the faff associated with towing a caravan – and it’s also perfectly usable every day if you must.

One obstacle is the price. The Sport model, tested here (there’s also an AMG Line version) starts at £55,055, but that soon starts to creep up towards £60,000 when you add a few options (the £1,345 diesel auxiliary water heater, for example). If all you’re after is a day van, Volkswagen sells a stripped-out Cali Beach model for less than £40,000. 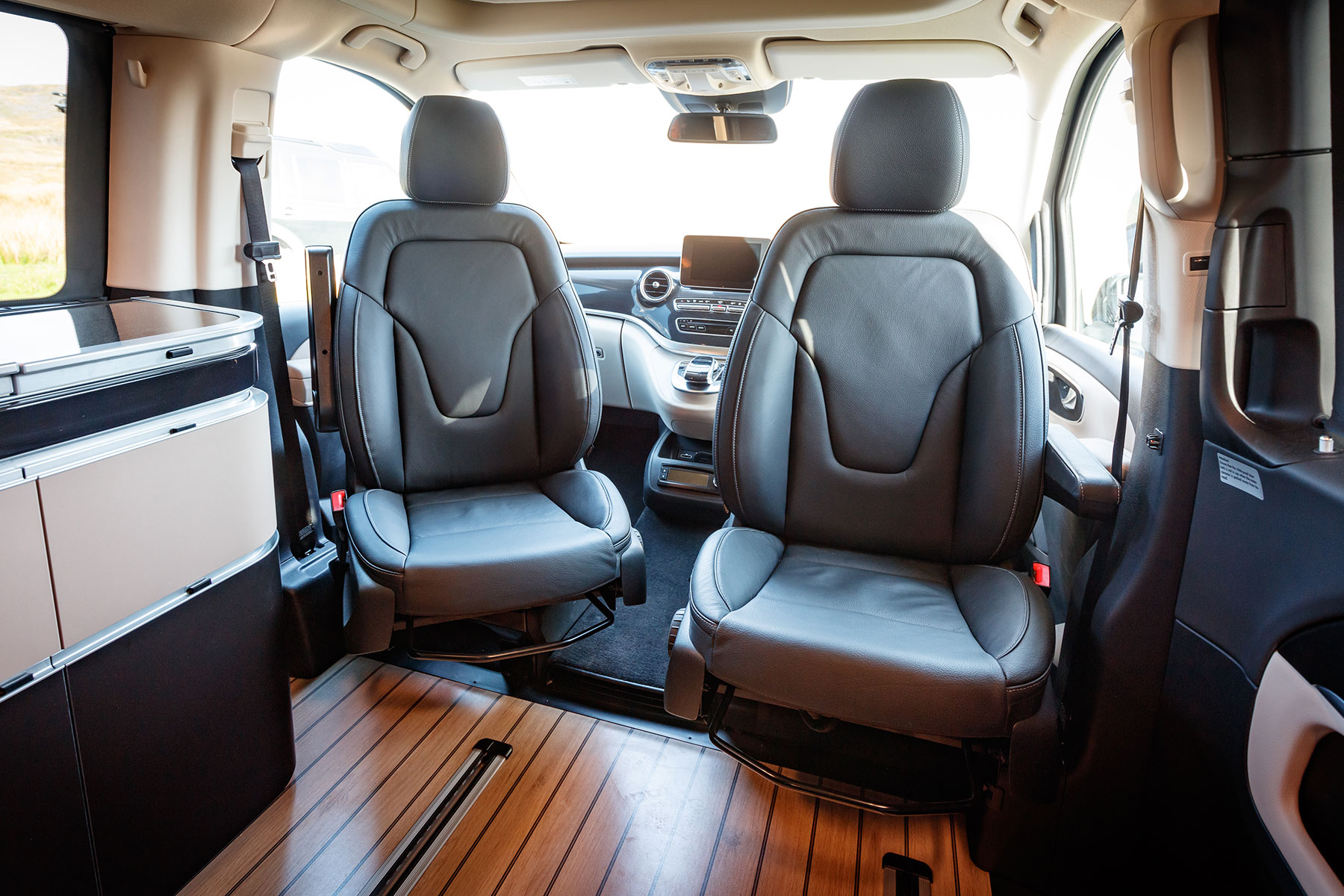 If you want to stand out in an upmarket manner, you might be able to justify the Mercedes-Benz, however. Residual values should be pretty good, and if you’re comparing it against a new SUV plus a luxury caravan, you’re going to be better off with the camper.