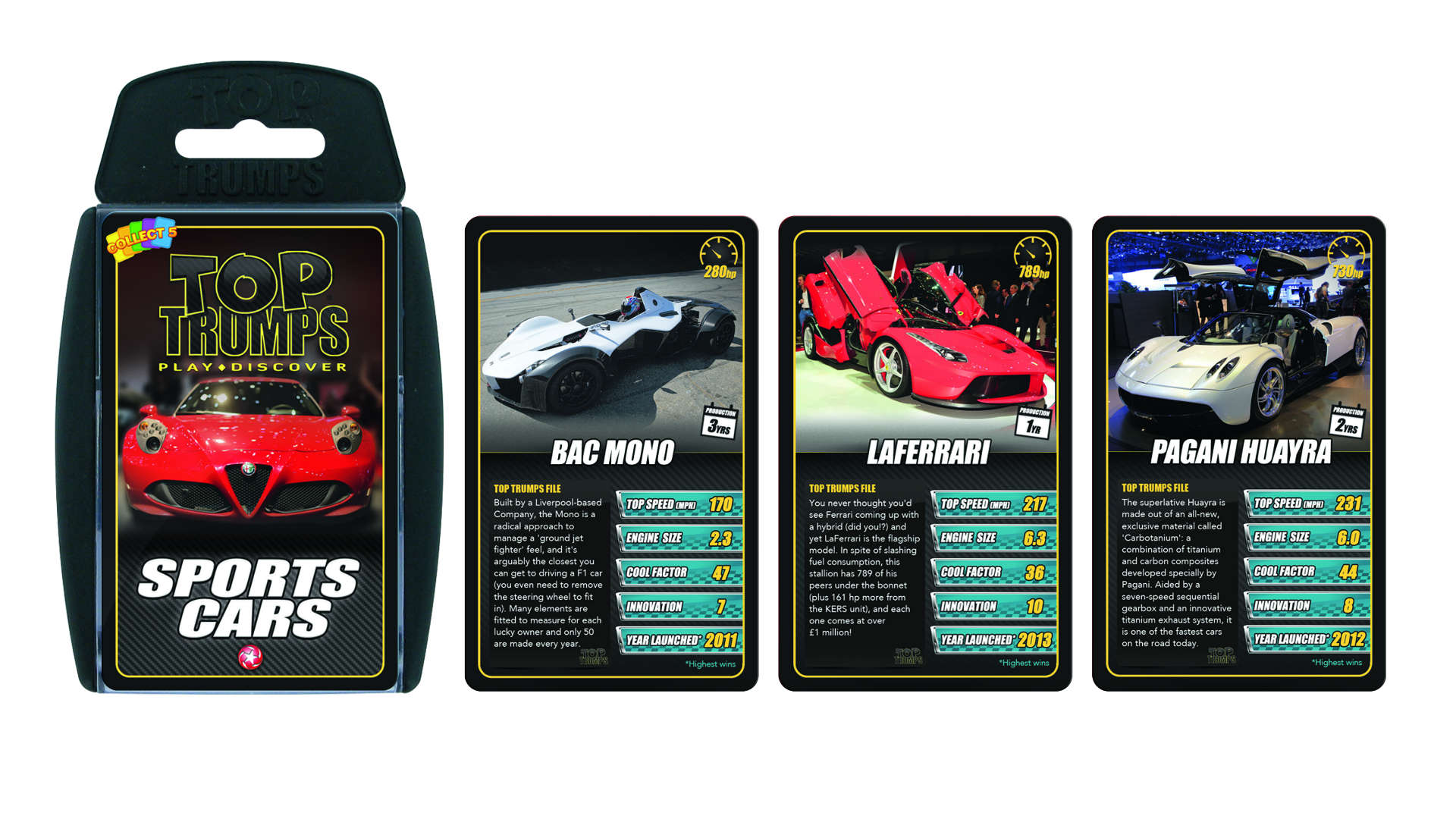 Like it or not, Christmas is coming. In fact, in just a couple of months we’ll be deep into office Christmas party season.

If that fills you with dread, some Top Trumps playing cards could provide some light relief.

Avoid unwanted interest from your line manager by studying the performance figures of the BAC Mono. Charm Samantha from marketing with the 0-62mph time of the LaFerrari.

Knowing the ‘cool factor’ of the Pagani Huayra is almost certain to lead to promotion. Probably.

A set of Top Trumps has been the gift that keeps on giving for over 40 years, with tens of millions of packs sold worldwide. Winning Moves, the company behind Top Trumps, says it’s the UK’s number one card game.

There have been all kinds of themes over the years – FHM, Trolls and Frozen, to name a diverse trio – but cars are the best. Why? Because this is a motoring website. 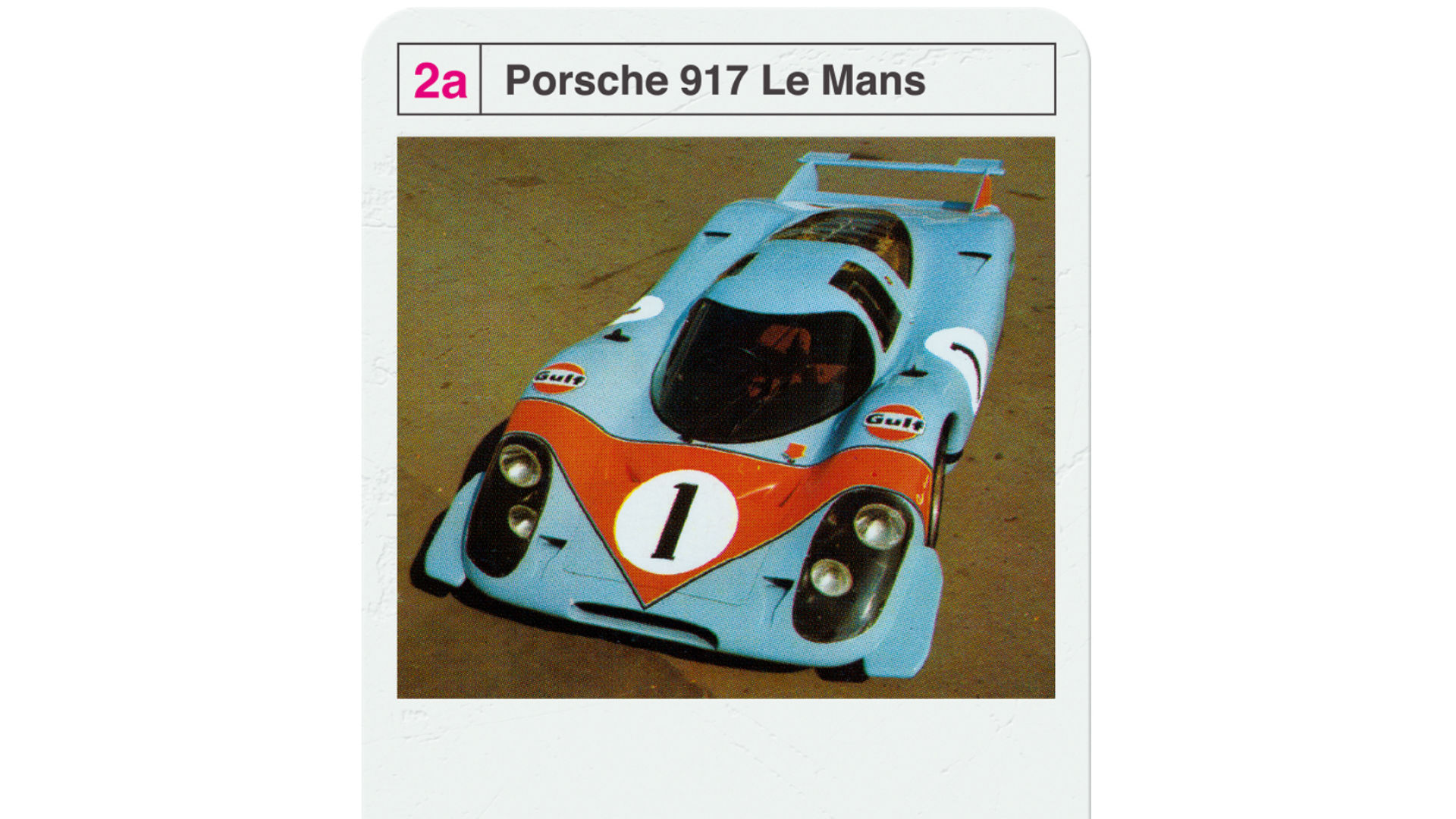 The company has been in touch about three sets you can buy for Christmas, including two retro packs.

Sports Cars Top Trumps is your standard fare: cars with crazy horsepower, even crazier top speeds and ‘cool factors’ that are off the scale.

Crazy Cars Too Trumps Retro allows you to “immerse yourself in crazy nostalgic glee”. At least, that’s what it says here. Some of the cards look pretty wild, but we only have eyes for the Porsche 917.

Finally, the Exotic Sports Cars Top Trumps. It dates from 1992 and includes cars like the Vector W8 Twin Turbo, Ginetta G33, Ferrari F40, Lamborghini Diablo and Jaguar XJ220. To paraphrase John Travolta, this is the one that we want.

Aside from the newly designed cassette pack, it looks the same as it did in 1992, so it fills us with crazy nostalgic glee.

The packs cost £6.99 and are suitable for ages 6 and over. Apologies to any pre-schoolers who fancied some nostalgic glee.