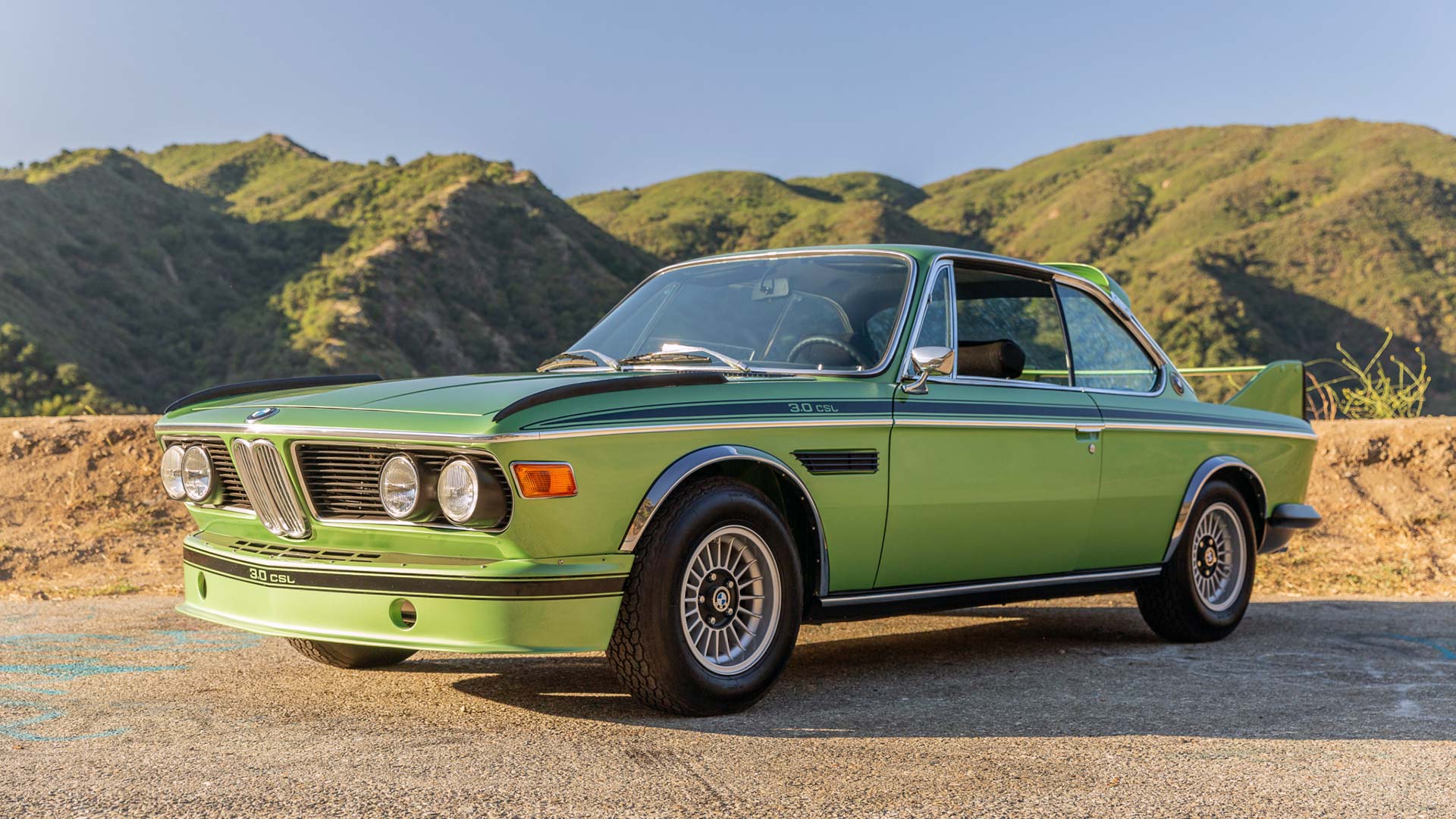 Performance BMWs will always be desirable, but some are even more appealing to collectors.

This 1974 CSL ‘Batmobile’ coupe, currently available on auction website Bring a Trailer, is one of those cars.

From the dramatic bodywork, to the eye-searing paint and retro-tastic interior, this special machine has true motorsport pedigree. 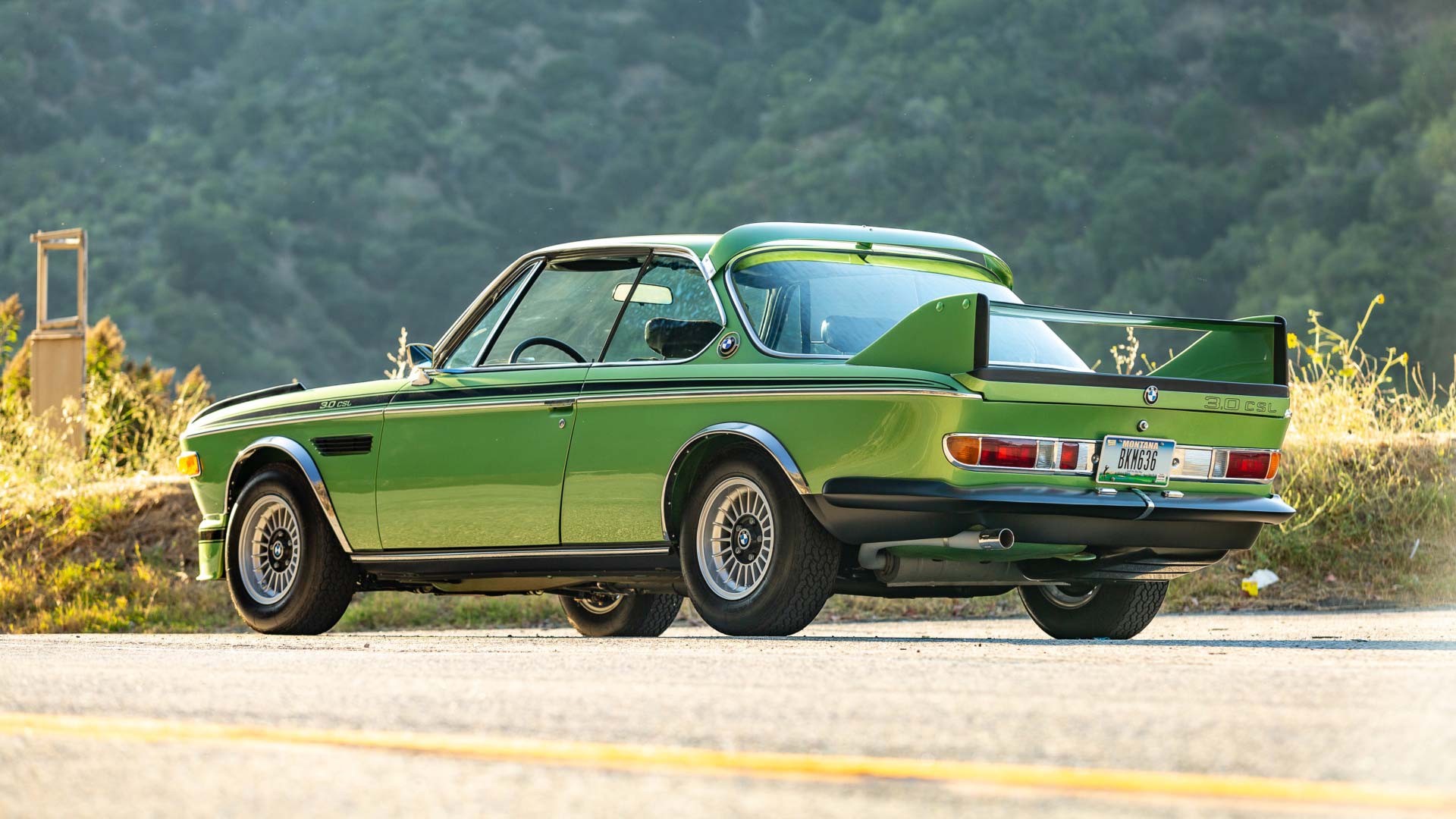 First launched to the world in 1972, the 3.0 CSL was made to let BMW go racing in the European Touring Car Championship.

Developed by what would become BMW M GmbH, engineers worked with Stuttgart University to create the aggressive body kit. The end result created the ‘Batmobile’ nickname, such were the dramatic fins, wings, and spoilers attached to the regular 3.0 CS coupe shape.

Offered as an option for road cars, the extra aerodynamic goodies were reportedly supplied in the trunk of German models, to be fitted post-purchase. 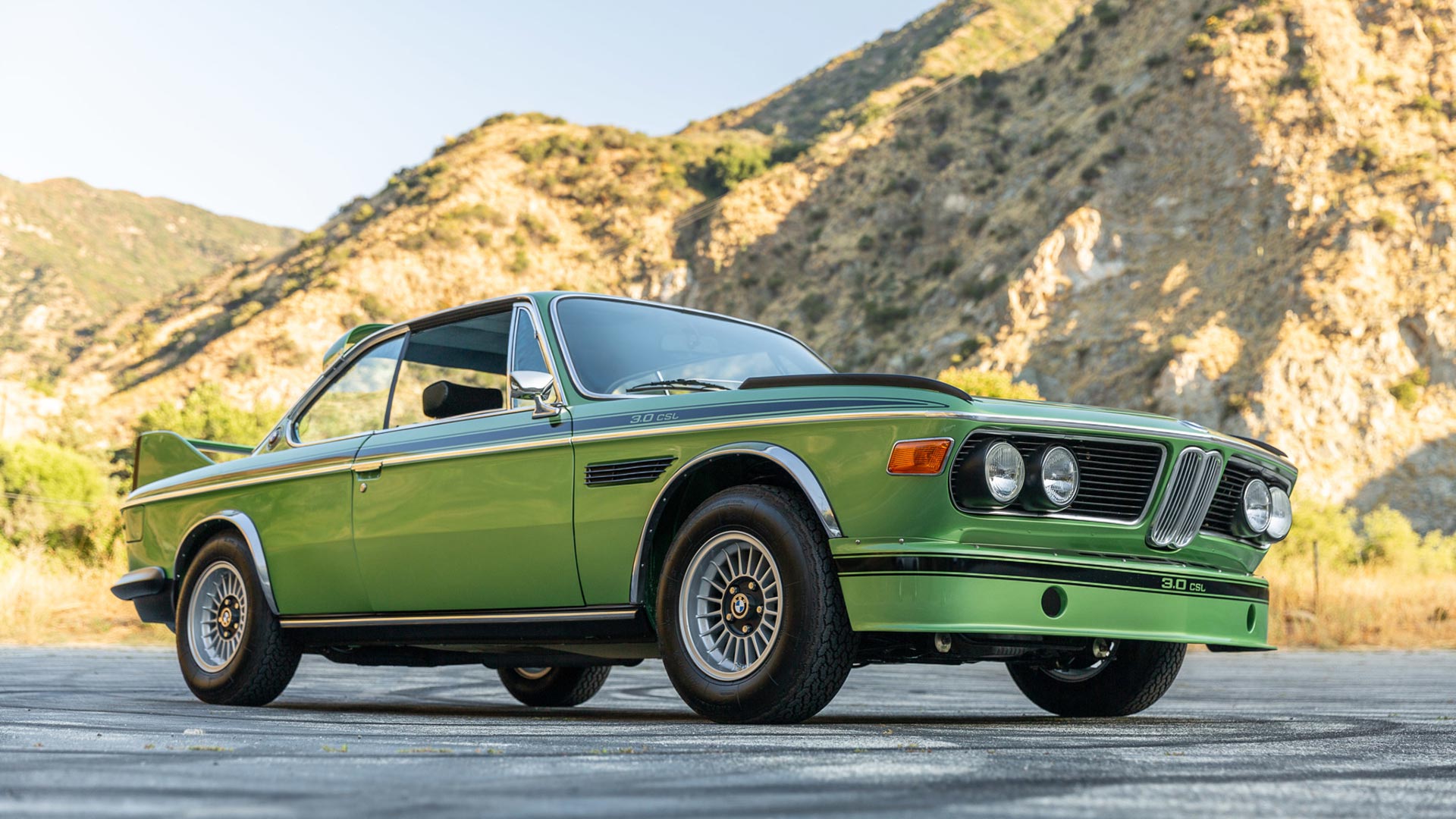 Along with the bodywork, BMW also worked to remove weight from the normal CS coupe. Thinner steel was used for the chassis, whilst the doors, hood, and trunk lid were all made from lightweight aluminum.

Even perspex was used for the side windows, helping BMW shaving more than 300 lb from the normal production car.

Factory power initially came from a 3.0-liter inline-six engine, producing 206 horsepower. Later cars would gain a larger 3.2-liter unit, and both made use of a four-speed manual transmission connected to a limited-slip differential. 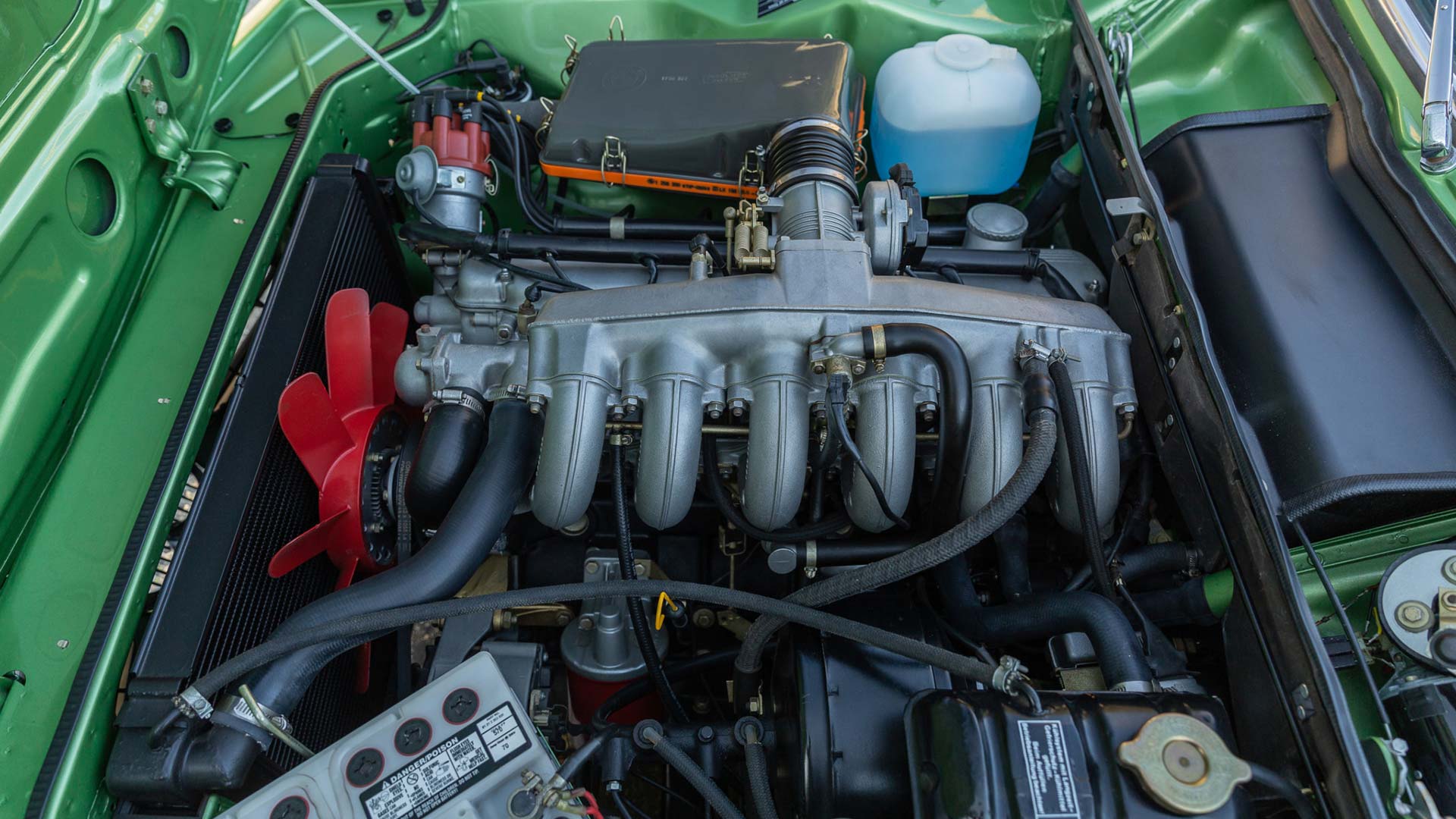 Beneath the hood of this particular CSL is now a rebuilt 3.2-liter inline-six engine. Built by Terry Tinney Performance Motors of Livermore, California, only a few hundred miles are said to have been covered since installation.

The car was subject to a full bare metal respray in 2015, using the correct shade of the vivid Taiga Metallic green paint. Some bodywork was also replaced at the time to deal with rust issues.

A BMW Classics Certificate confirms the car as being one of the four originally produced in Taiga Metallic, plus its build date of May 2nd 1974. 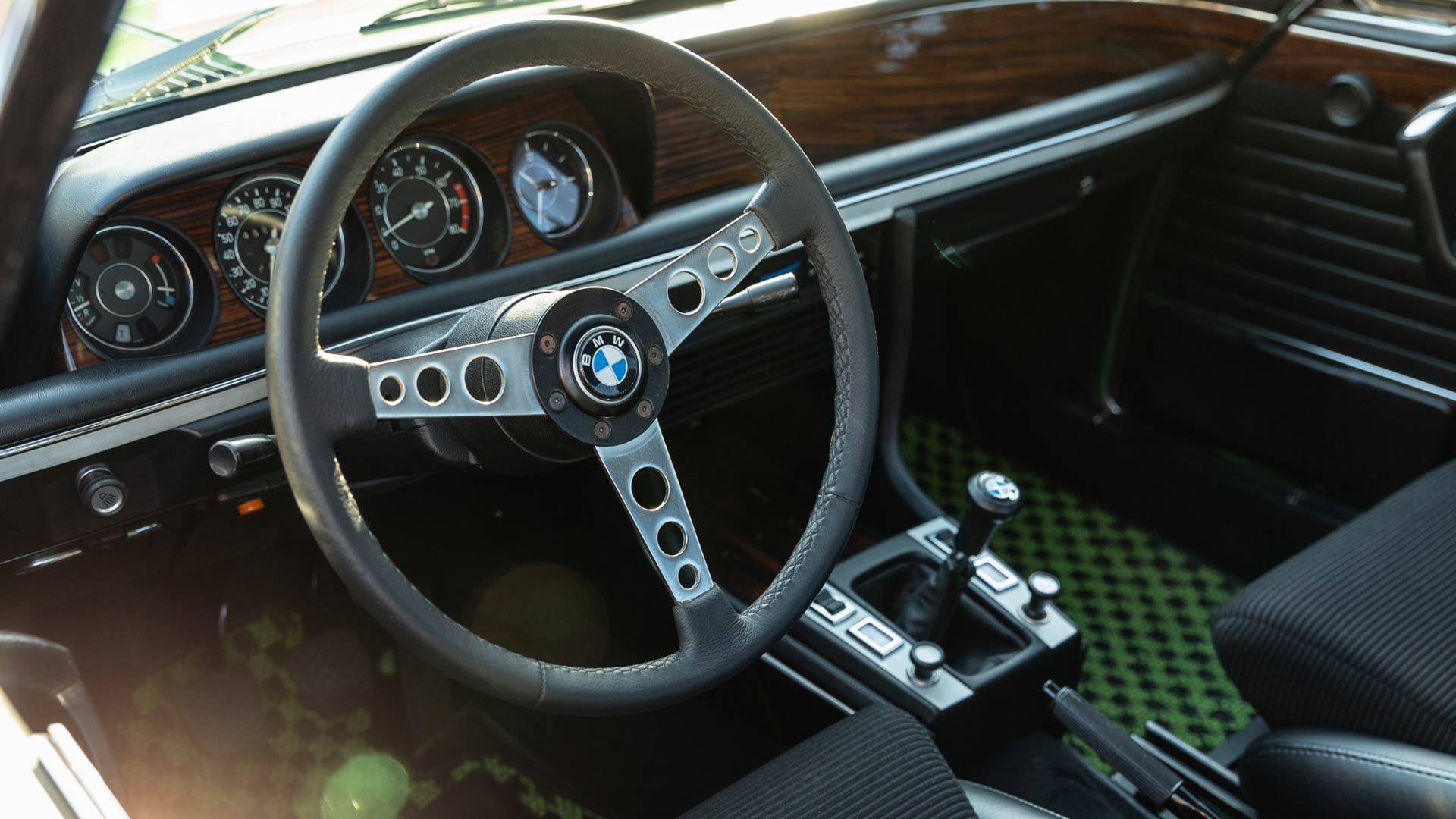 Inside the CSL is a reminder of the homologation origins of this competition crusader. Fixed-back Scheel bucket seats are trimmed in black fabric, with Coco checkered mats cover the lightweight factory carpets.

An original Petri three-spoke steering wheel has been kept, as have the wooden trim inserts which cover the dashboard and door panels.

Included in the dashboard is a tachometer that redlines at 6,400 rpm, along with an odometer showing 46,000 miles. The total mileage for the car is noted as being unknown. 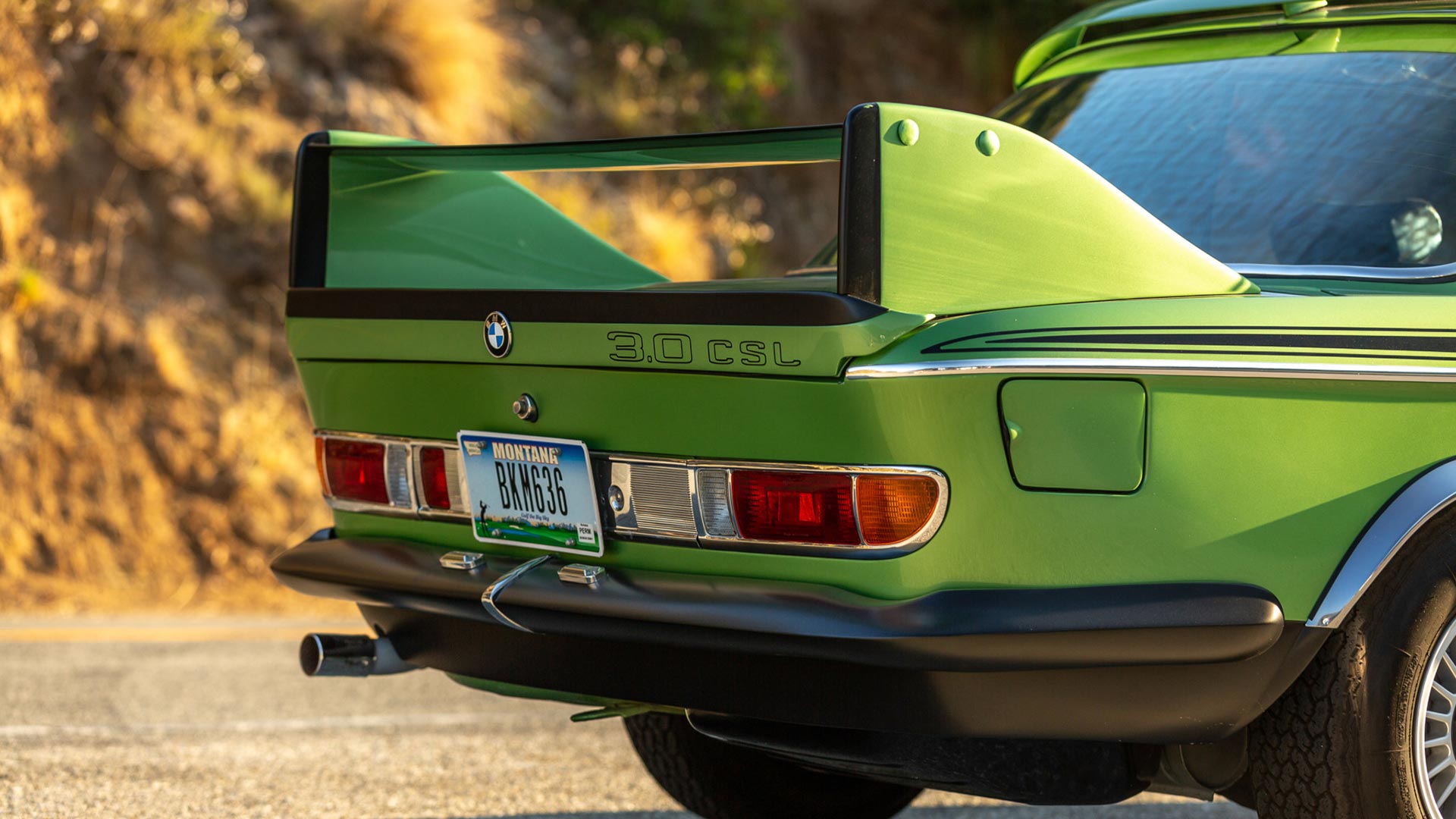 With just over 1,200 examples of the CSL built between 1972 and 1975, this is already a rare machine. That only 57 ‘Series 2’ models – offered in different paint schemes – left the factory makes in even scarcer to own.

Add in the fact this car won first place at the 2015 Legends of the Autobahn show, and took third-in-class at the 2019 San Marino Motor Classic, and it becomes a great example.

Bidding on Bring a Trailer finishes on Thursday August 29th, and is likely to attract a substantial sum of money to capture this Incredible Hulk.