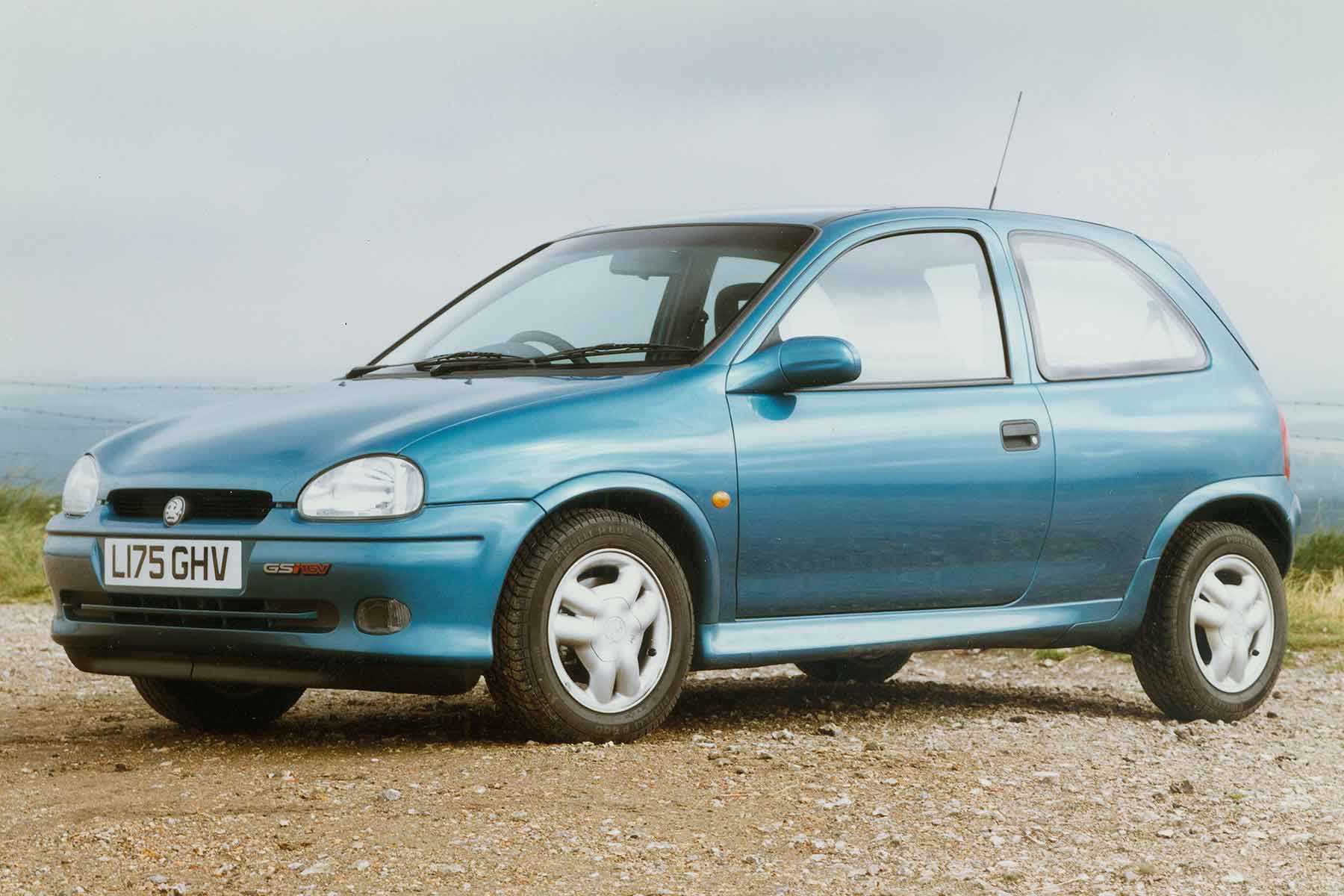 A new car that’s 25 years old?  Kind of. Vauxhall has brought back the GSi badge for the current Corsa, and is using the opportunity to remind everyone about the original Corsa GSi from the early 1990s.

Was it one of those Max Power machines?  Oh yes indeed. Along with the earlier Nova, this was one Vauxhall that defined the modified car craze. A time when reputation wasn’t measured by Instagram likes and Twitter followers, but by how much ICE you had.

That sounds like drugs to me…  No, no, ICE stood for In Car Entertainment, not crystal meth. ICE was all about how many tweeters, subwoofers, and amplifiers you could cram into your average supermini. This frequently involved butchering your parcel shelf to fit a pair of 6×9 speakers, and losing most of your boot space for the aforementioned subwoofer.

Surely that added a lot of weight?  Yes, but we’re hardly talking about peak performance here. With just 105hp from a 1.6-litre naturally aspirated engine, the original Corsa GSi could only do 0-60mph in 9.2 seconds. Top speed was 121mph. But it did have 16-valves!

Did the number of valves matter?  It did, if you were trying to impress people outside a retail  park on a cold Thursday night, that is.

Does the new version have 16-valves then?  Vauxhall hasn’t said just which engine the updated GSi will be using, but everyone presumes it’ll be the 1.4-litre turbocharged unit from other models in the range. If so, 16-valves are go.

Phew. That’s a relief.  You bet. There’s the all important 18-inch alloy wheels, fancy bodykit, stiffer suspension, and sports seats inside. Most of these are taken from the Corsa VXR, which is due to bite-the-bullet to make way for the GSi.

Will there be ICE though?  Most Corsas now come with Vauxhall’s Intellilink system, meaning you can use Apple CarPlay and Android Auto. The GSi will be the same, so buyers will be able to stream their music, rather than needing to make mix tapes like in the olden days.

Do remember:  “I’ll meet you in the McDonald’s car park at 9pm”

Do forget:  “This all just sounds like penny-pinching nostalgia to me”