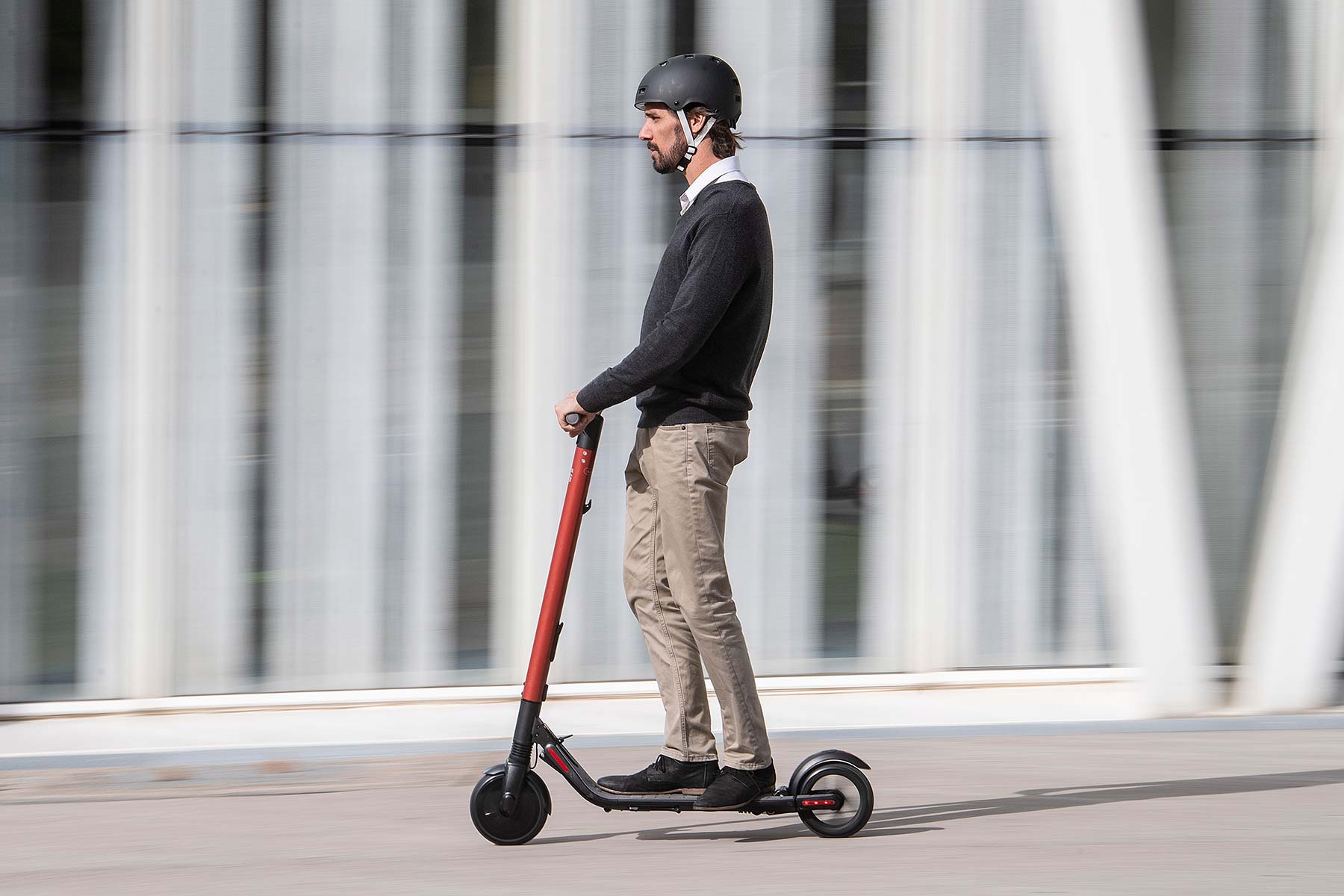 Seat is the latest brand to get in on the electric scooter craze, teaming up with Segway to launch its new eXS KickScooter at next week’s Smart City Expo World Congress in Barcelona

The firm’s first vehicle designed specifically for short-hop urban mobility, it’s part of Seat’s ambition to become a key player in the sector – and it’s now looking for Spanish cities to help launch a pilot test of shared electric scooters.

Users will unlock the ride-sharing scooter via a smartphone app. 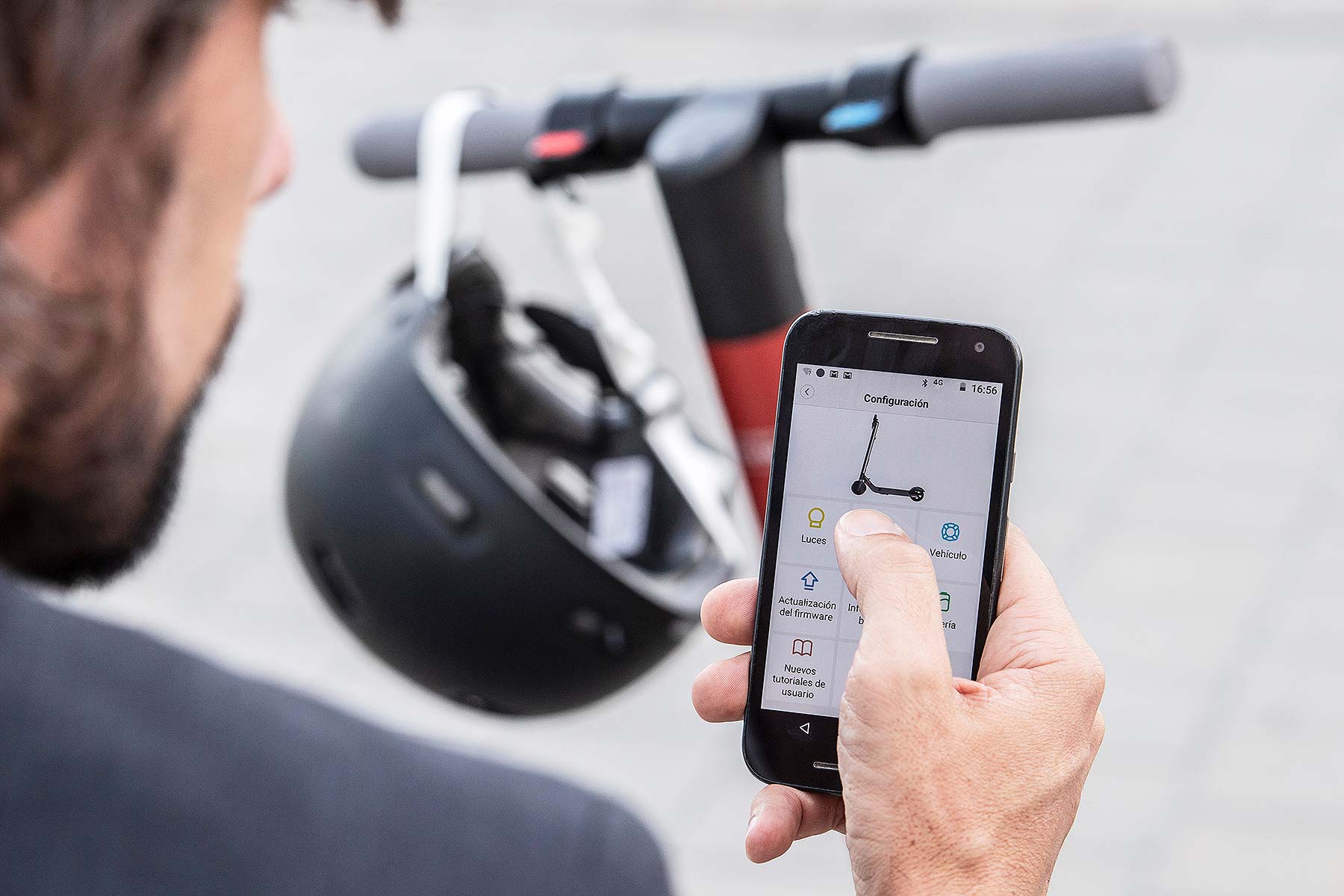 Seat also plans to run eXS scooters at its Martorell factory for employees to use.

Developed in a strategic alliance with Segway, the eXS has a top speed of 25km/h (16mph) and comes equipped with LED lights, LCD screen, customisable ambient lighting and, impressively, cruise control. The range is around 45km (28 miles). It even has front and rear suspension for a comfy ride.

Launching an electric scooter is part of Seat’s strategy to respond to a predicted 20 percent fall in the number of customers under 30 buying a car; it has one of the youngest buyer profiles of any car company in Europe. 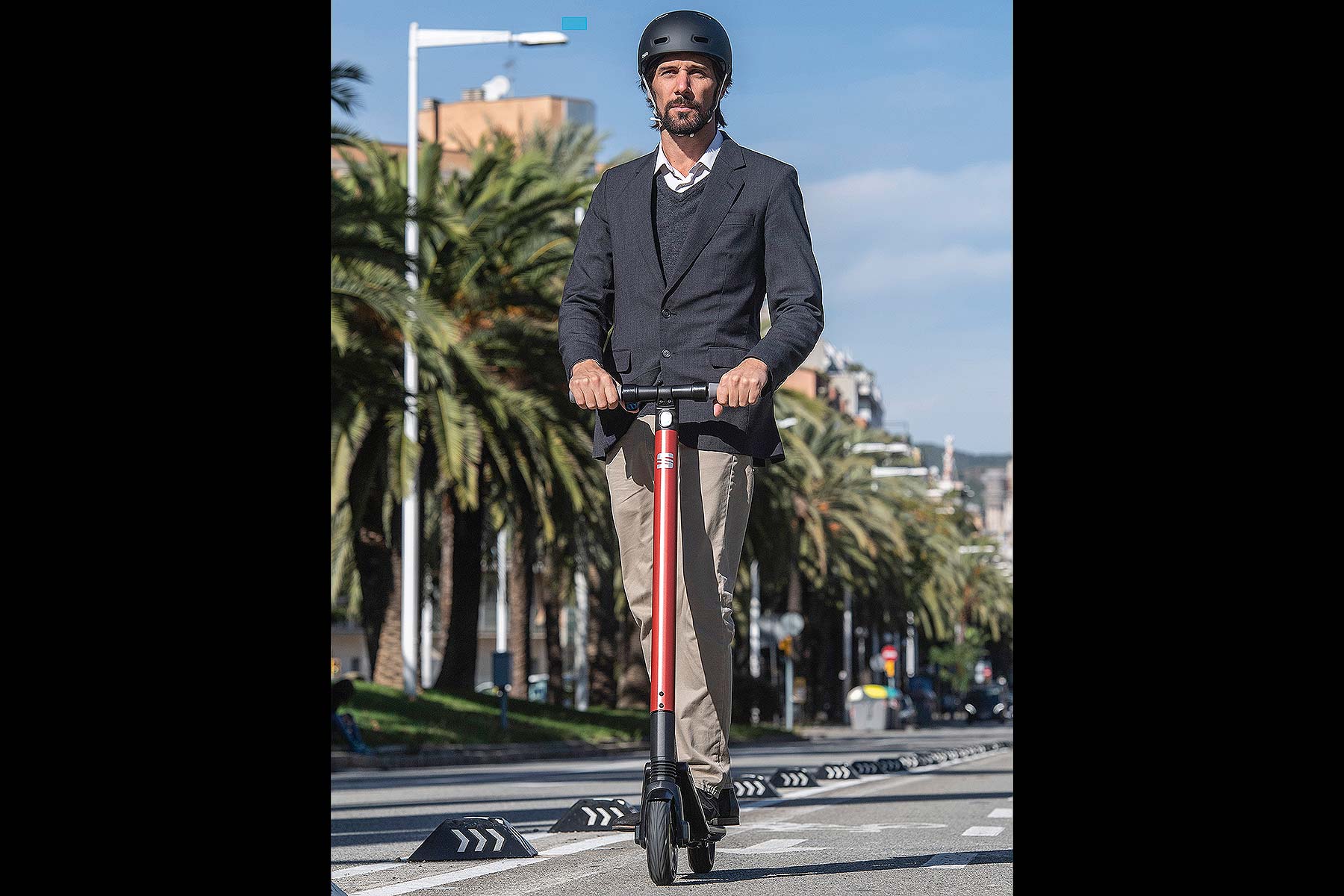 The eXS is thus pitched as a ‘last-mile’ micromobility solution that’s efficient, green and perfect for traffic-dodging. Who knows, maybe its younger riders will one day move into buying or leasing a Seat car, too.

Seat wants to be “a benchmark in micromobility,” says product marketing director Lucas Casanovas. “Our aim is to ensure that everyone who lives in an urban setting is familiar with the options offered by Seat for getting around the city in an economical, sustainable, agile and fun way.” 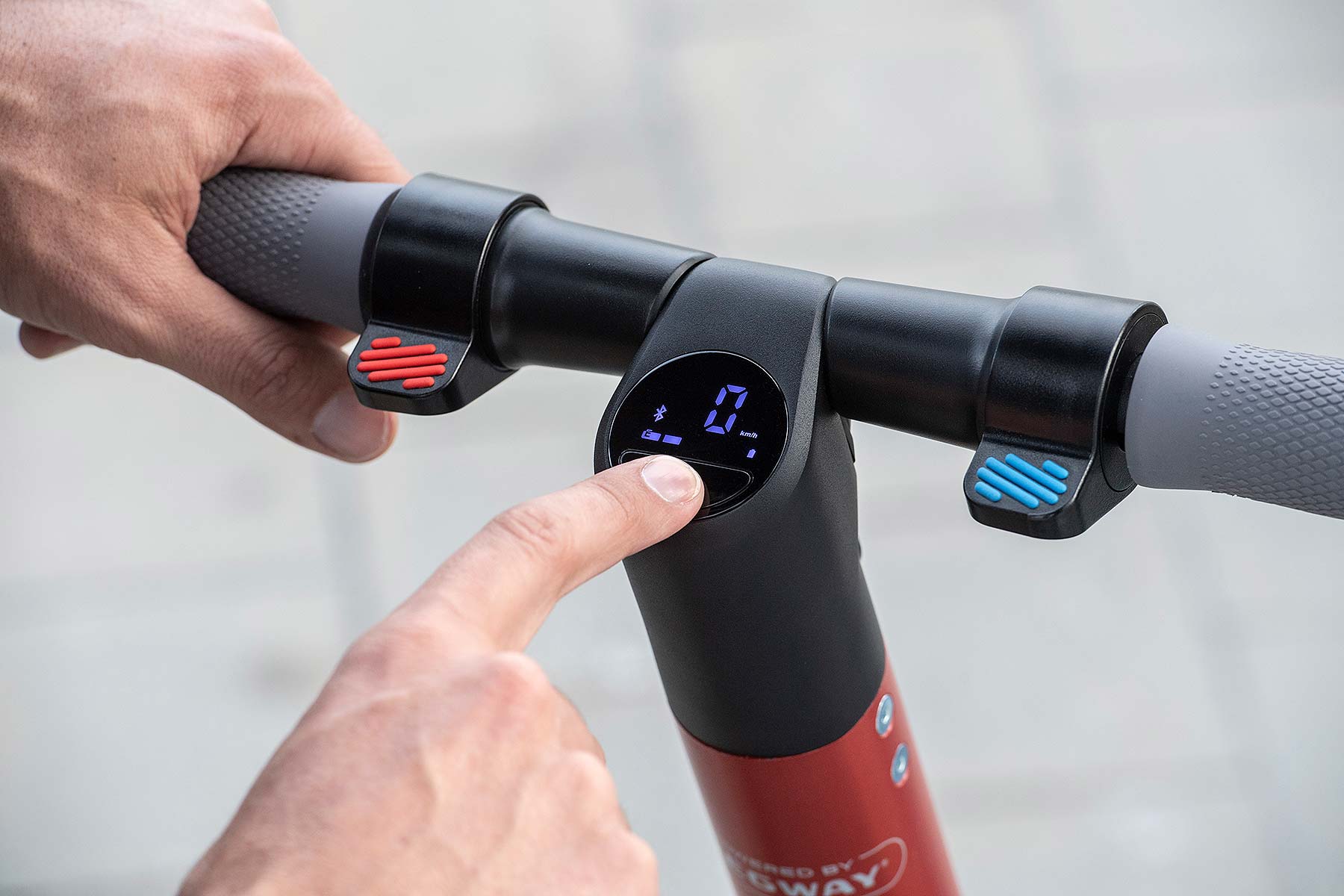 Electric scooters are currently not able to be used in the UK: legislation means they can’t be ridden on pavements, but as they’re a powered vehicle, they can’t be used on roads either. 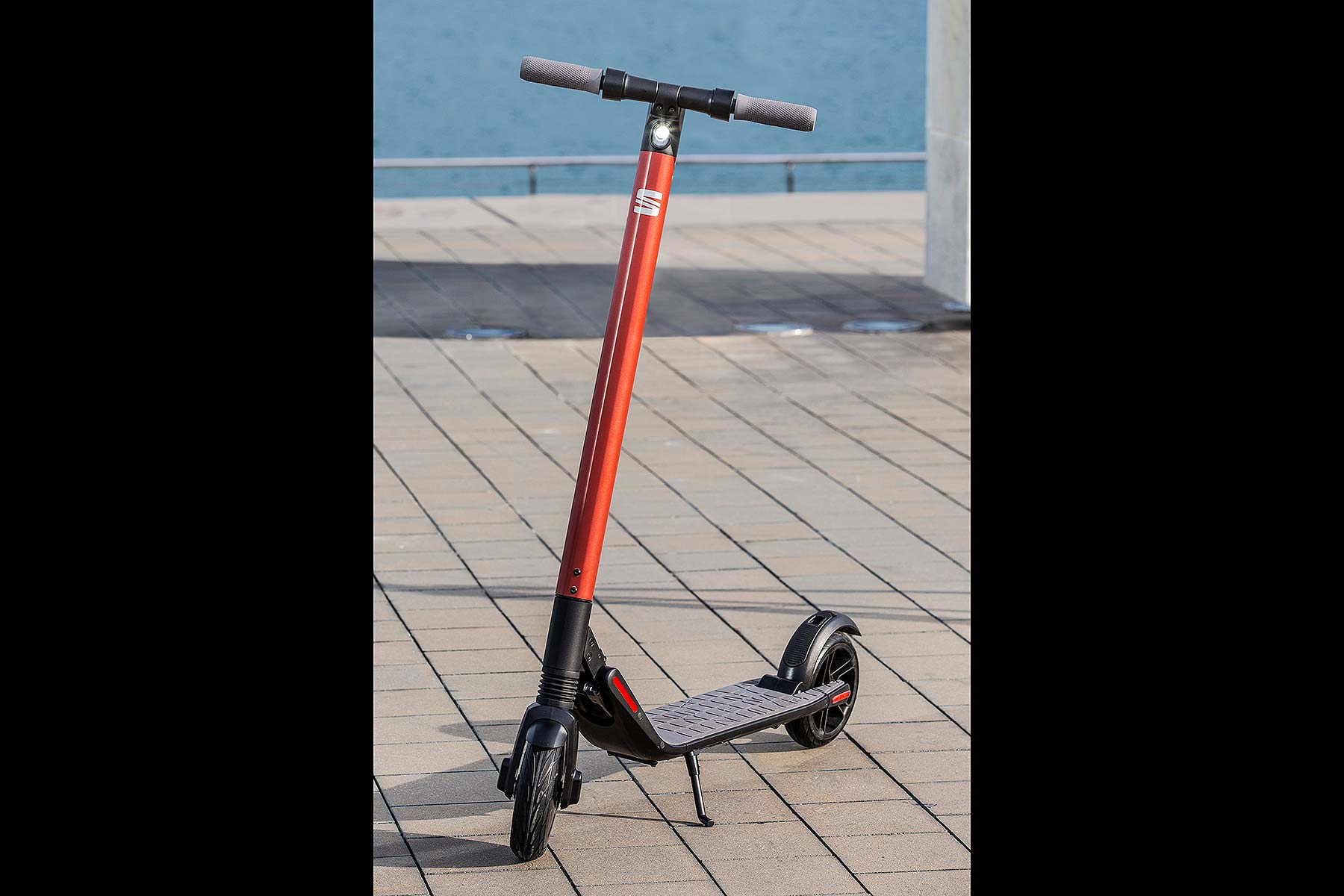 U.S. trend-setting scooter firm Bird this week launched a trial in East London and hopes it will help change UK legislation, and Seat UK MD Richard Harrison is also “looking forward to that changing in the future.

“Adapting to the changing city landscape and the mobility needs of our customers is an important part of Seat’s strategy, and the eXS KickScooter is a great example of that.”