These are the safest new cars launched in 2019

Dozens of brand-new cars have been crash-tested in 2019. Here are the 10 very safest new cars launched in 2019 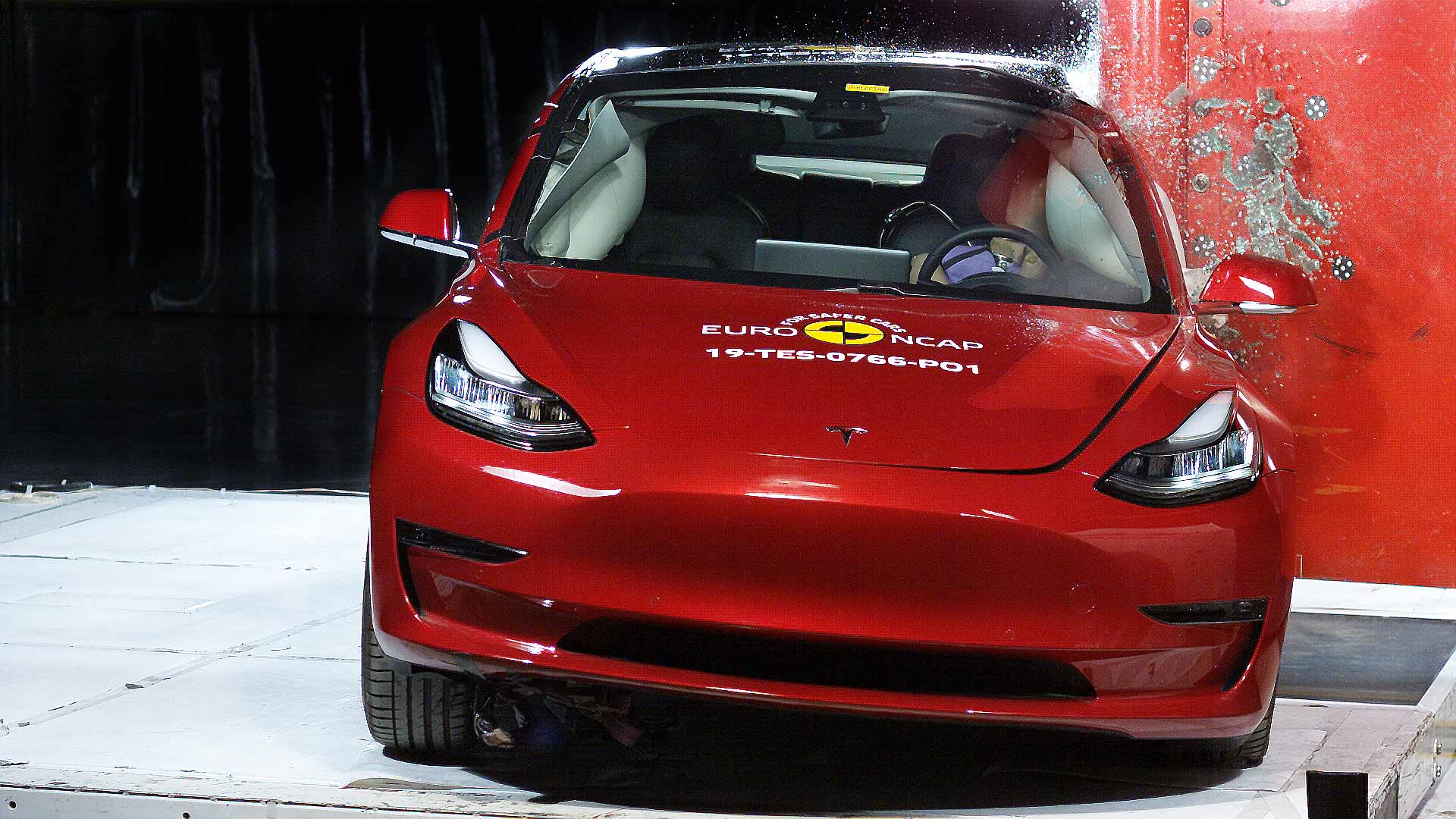 New cars just keep on getting safer – and UK automotive research centre Thatcham Research is highlighting this by revealing the 10 safest new cars launched in 2019.

These 10 motors, it says, are some of the safest new cars ever made: “Carmakers have really raised their game this year,” says the organisation.

How 2019’s safest cars were judged 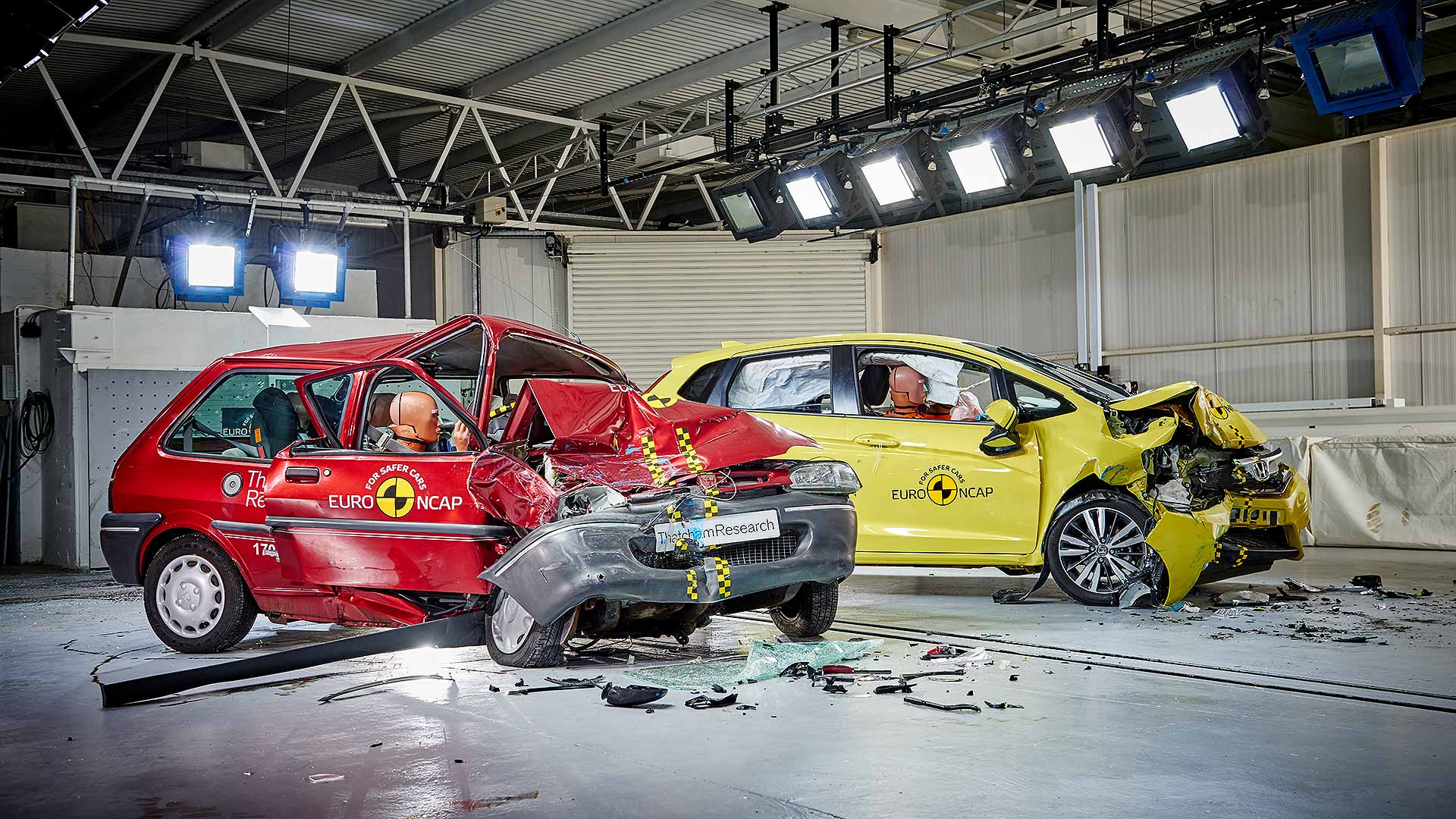 Thatcham Research used a set criterion to draw out 2019’s 10 safest new cars. All should have a five-star Euro NCAP rating and high scores in all the individual categories.

They should also have a broad array of standard-fit crash-avoidance tech, such as autonomous emergency braking and electronic lane-keeping. The 10 cars should also all be affordable and have strong sales potential, “bringing safety to the masses” and continually improving the crash performance of cars we can all afford.

Here, in alphabetical order, are the 10 safest new cars launched to market in 2019. 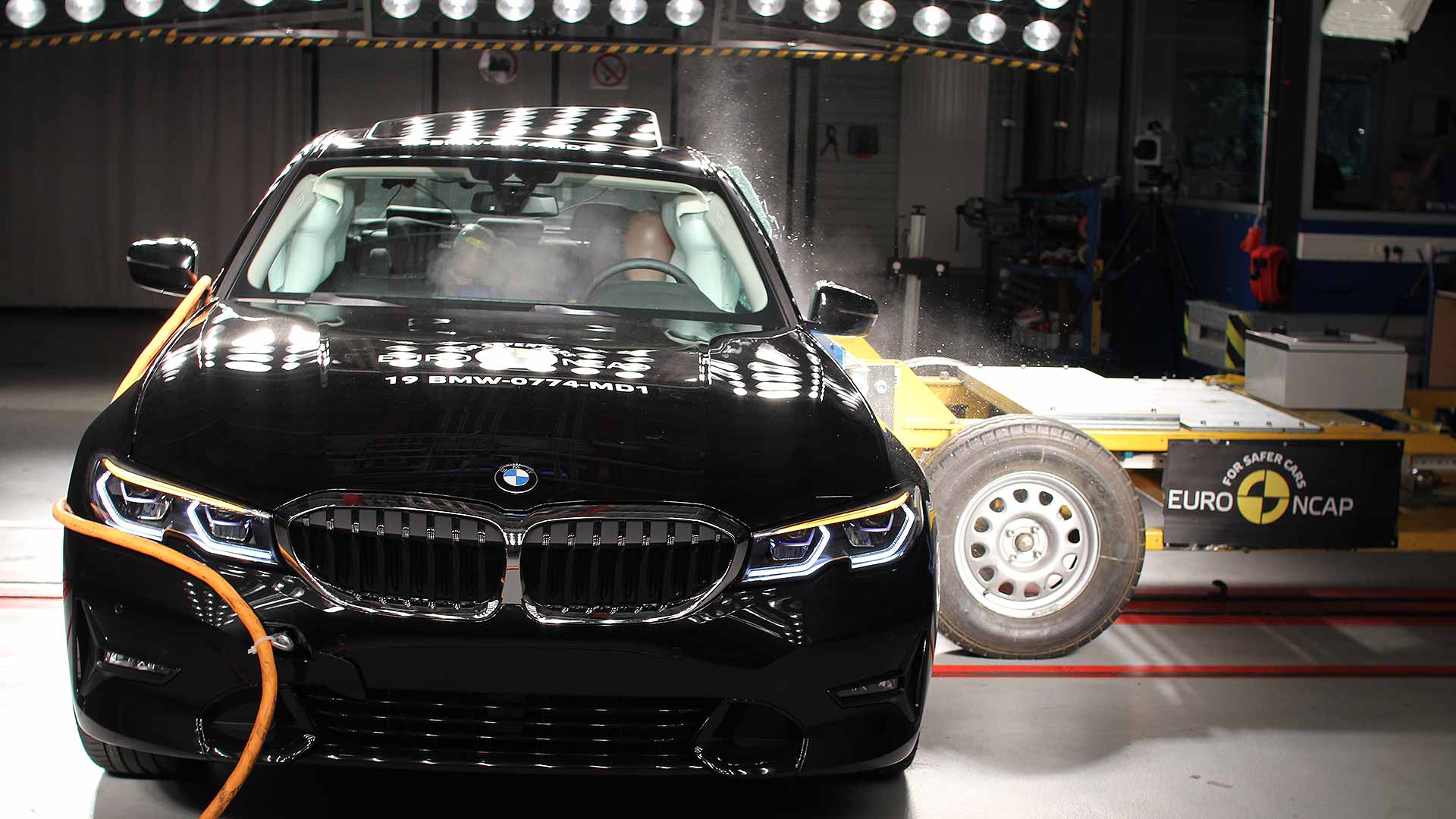 The new BMW 3 Series scored an impressive 97 percent rating for Adult Occupant Protection. Even better than that, it scored 100 percent in the Euro NCAP pole crash, described as the most invasive crash test of all. 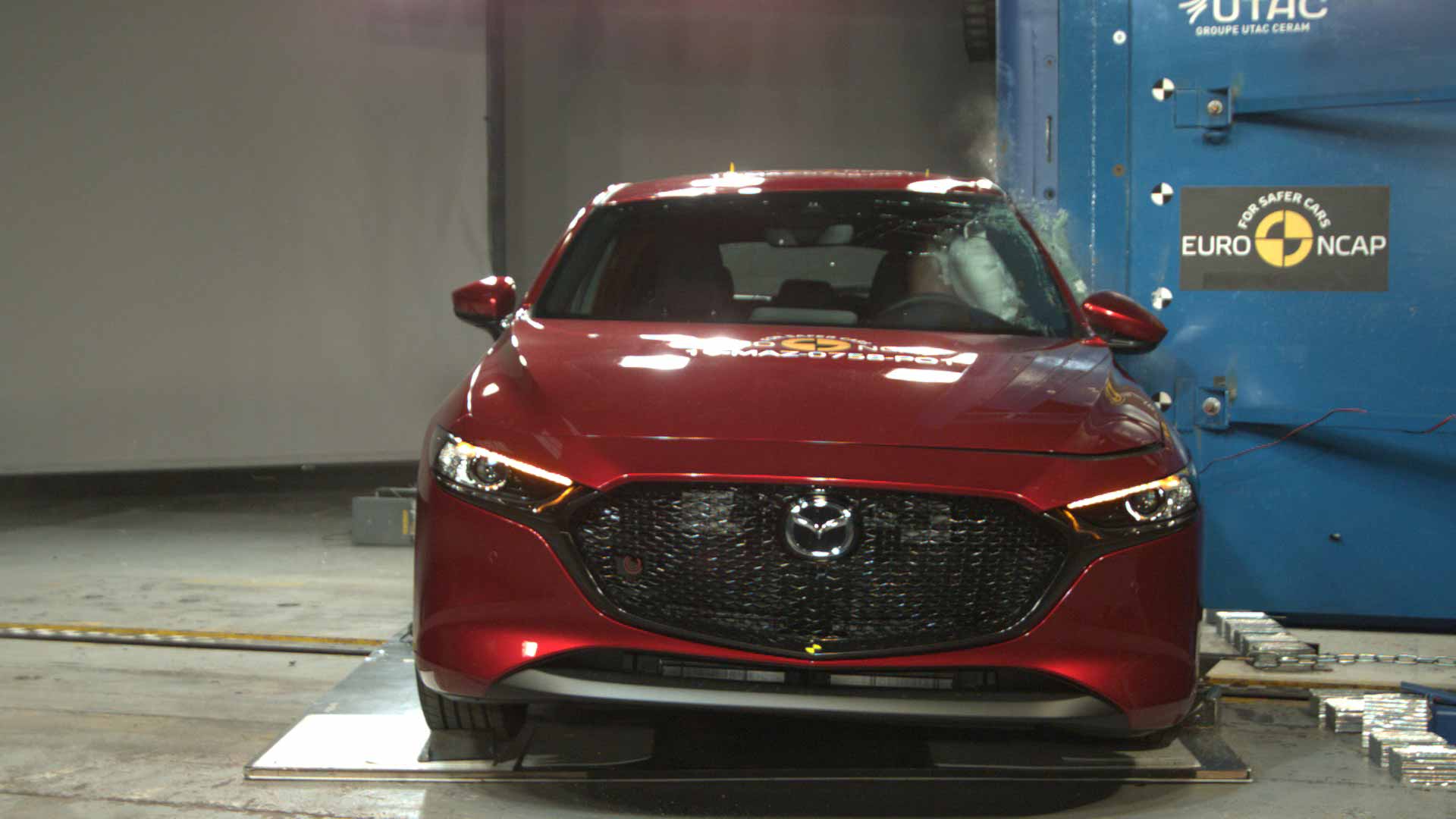 Thatcham Research director Matthew Avery called the Mazda 3 “a really good performer in so many areas”. It also has an innovative Driver Monitoring system, “which isn’t included in the current Euro NCAP rating, but will be in the future”. 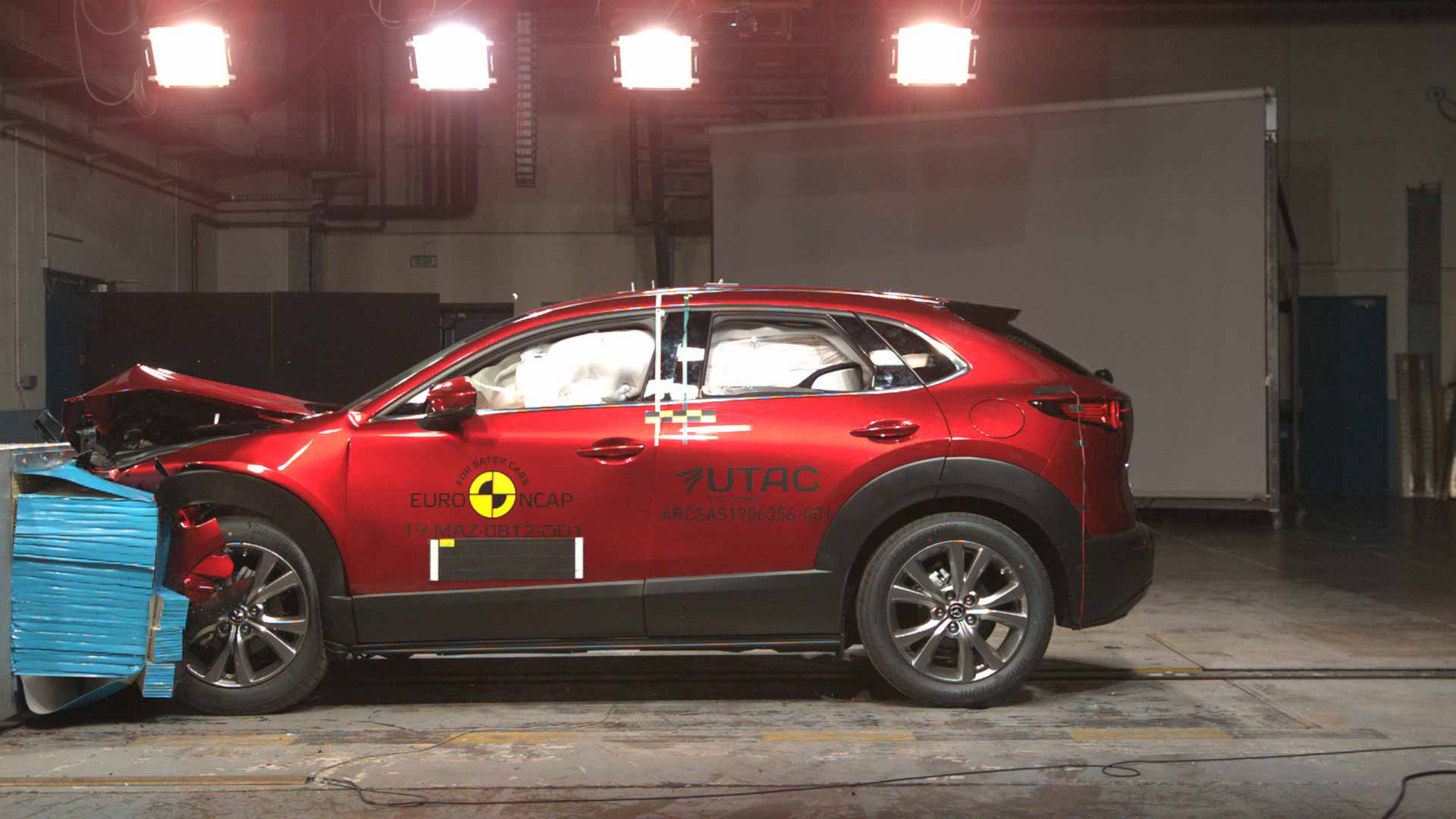 The Mazda CX-30 scored 99 percent in the Adult Occupant Protection category – “maxing out in the Full Frontal, Side impact, Pole crash and AEB City tests was the highest ever seen in Euro NCAP testing,” said Avery. The car’s combination of class-leading active and passive safety was highly praised. 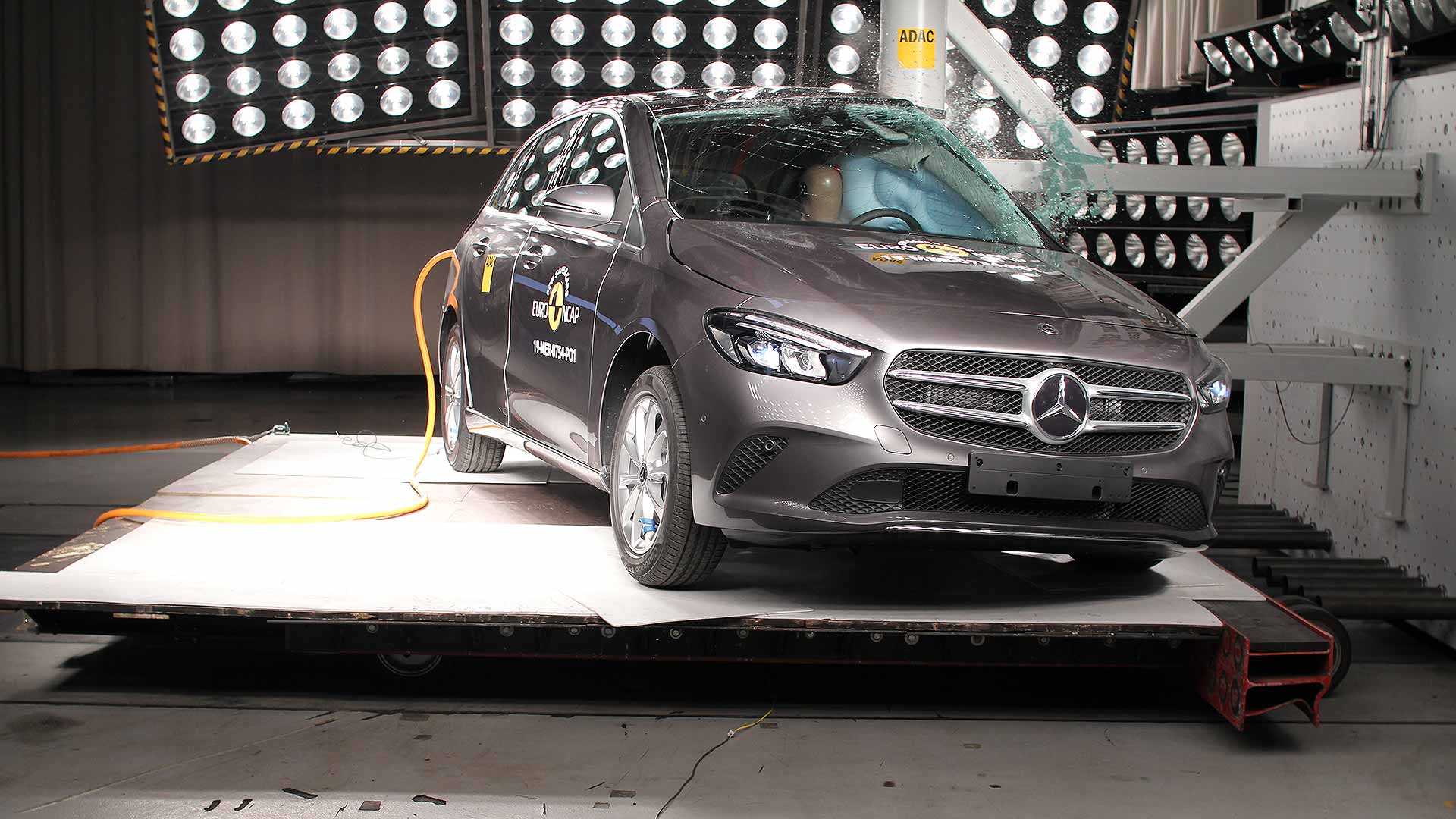 The B-Class is a family-friendly small people carrier that reinforces the Mercedes-Benz brand’s reputation of offering safety as standard across its model range. Further proof of this… 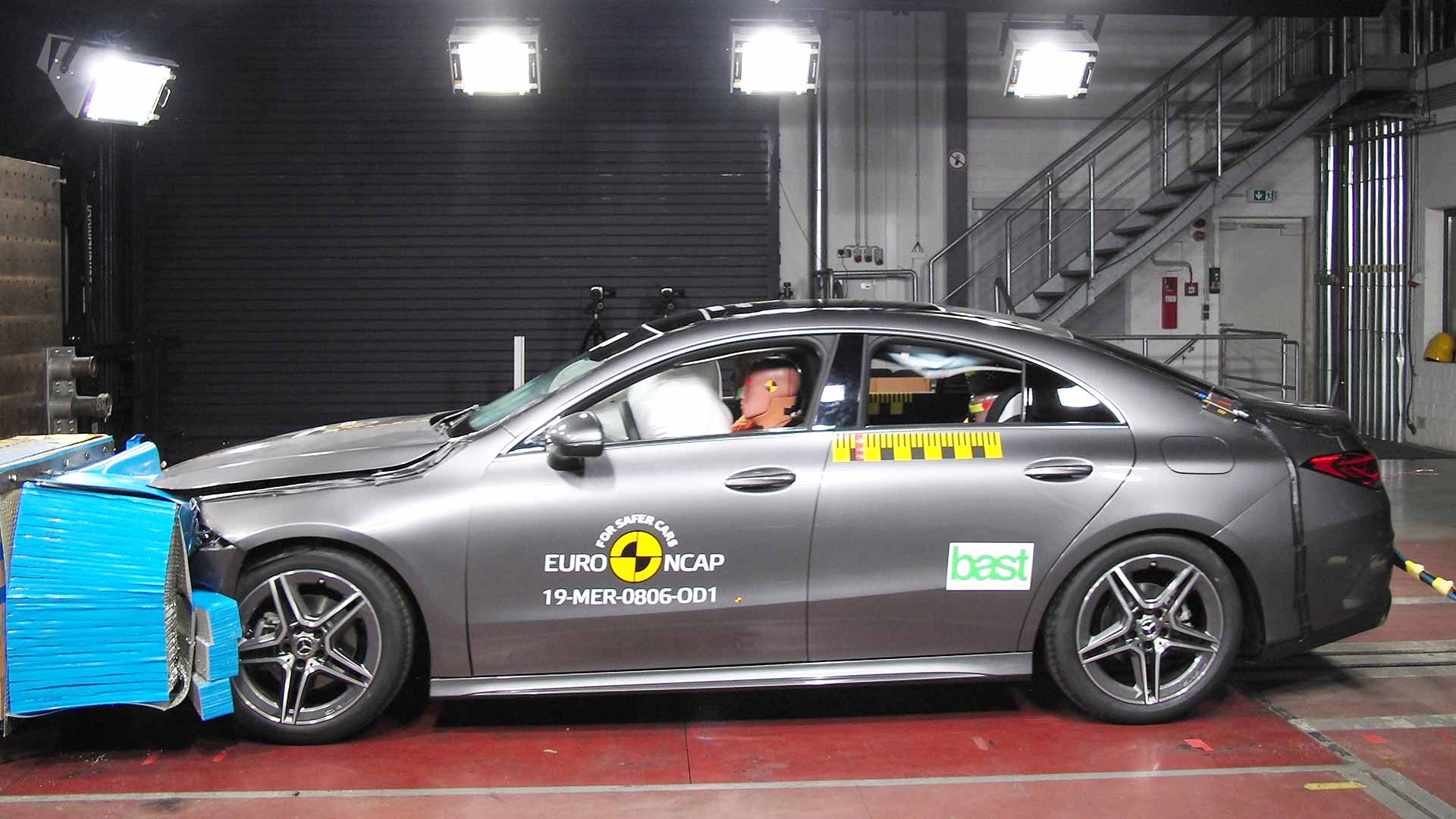 … Comes with the second Mercedes-Benz to feature in the safest new cars of 2019 list. The CLA scored 90 percent across all the Euro NCAP categories, making it the best performer of 2019. 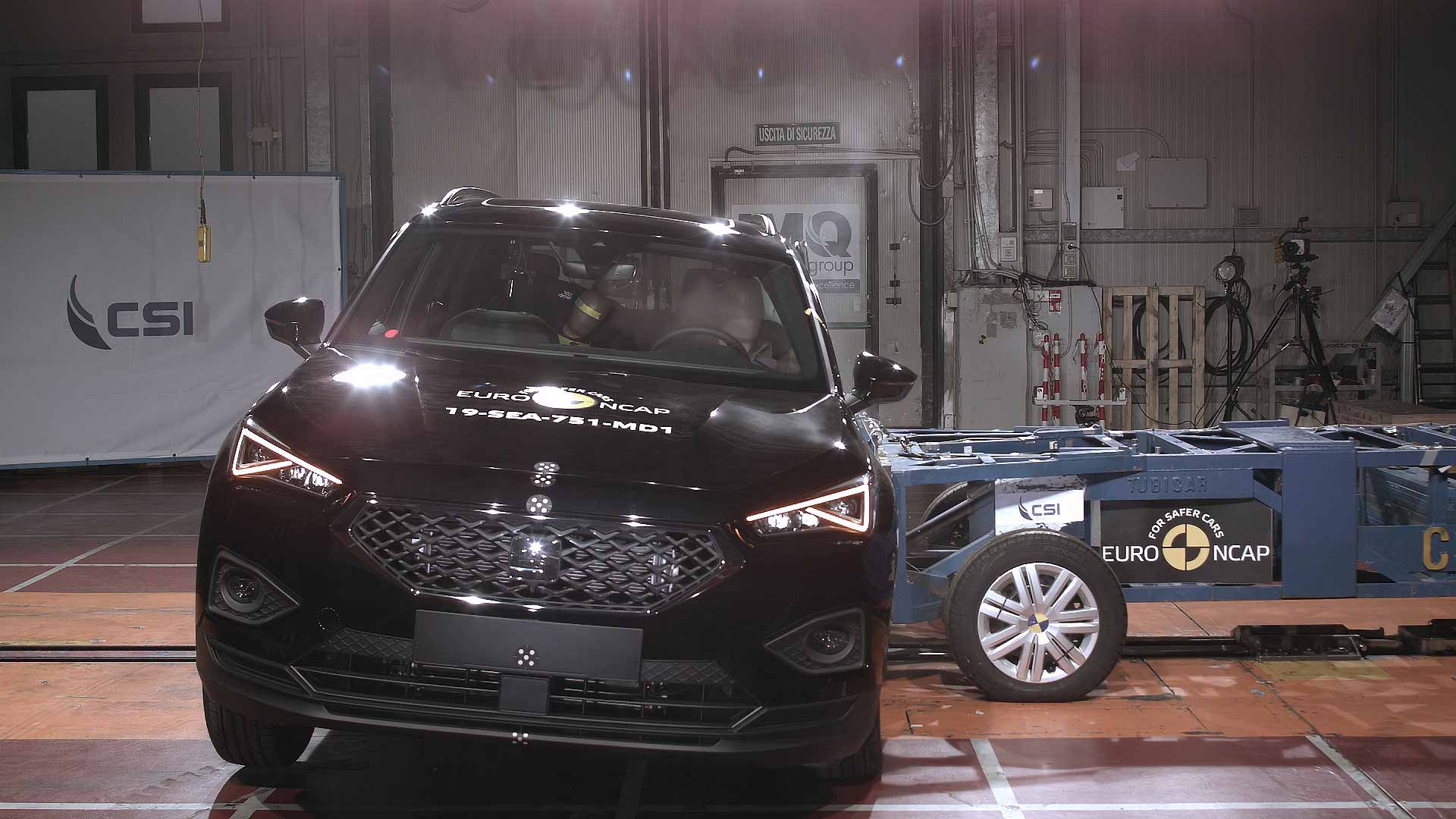 Seat’s large SUV offers safety at a reasonable price point, said Avery. It put in a “good performance for its driver assistance technologies, with strong AEV and Lane Support System scores”. He added it is one of the safest big SUVs you can buy. 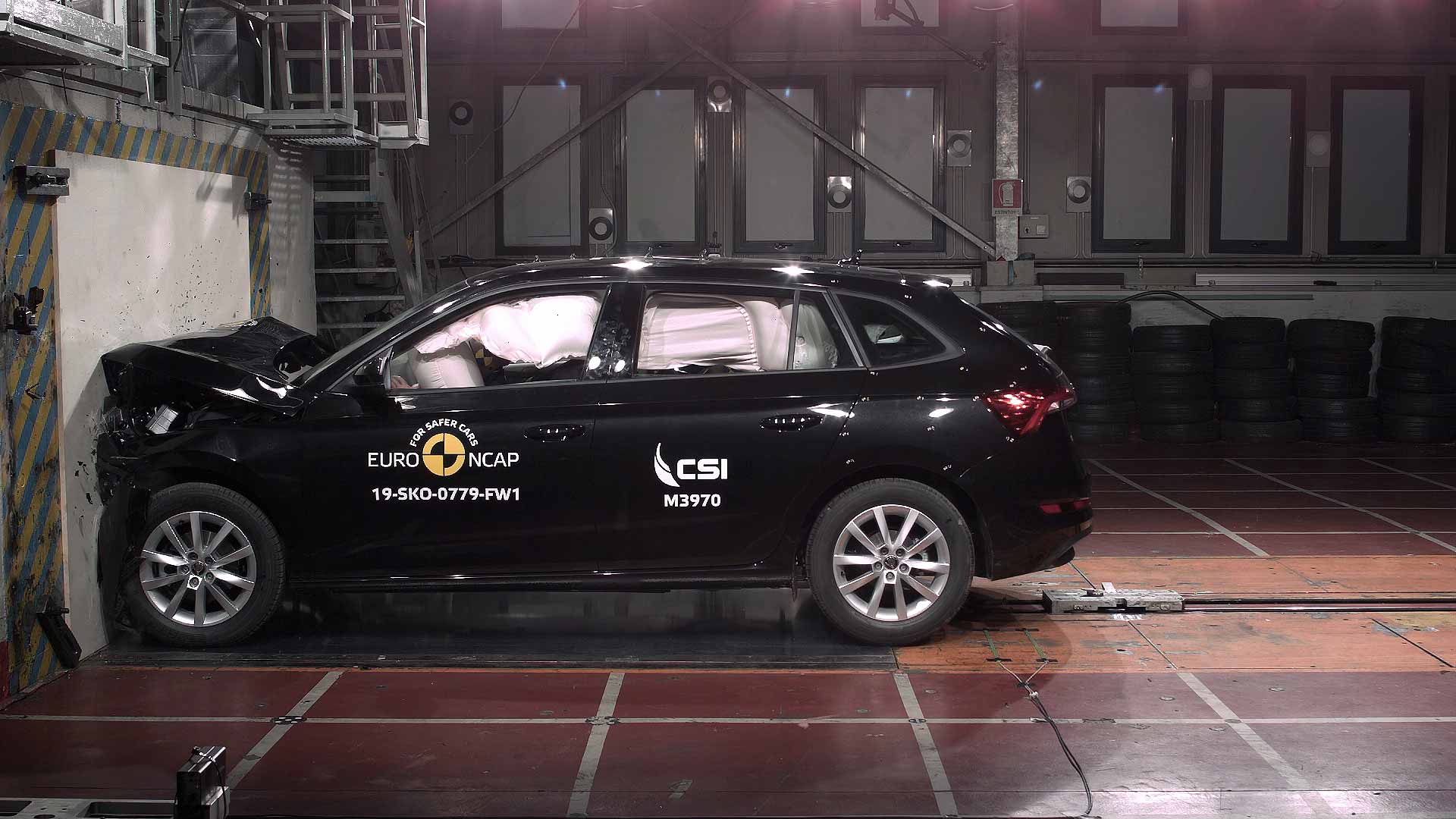 “Maximum safety on a minimal budget” is how Avery describes the Skoda Scala family hatch. It is “one of the safest small cars available in 2019,” rating particularly highly on passive and active safety protection. 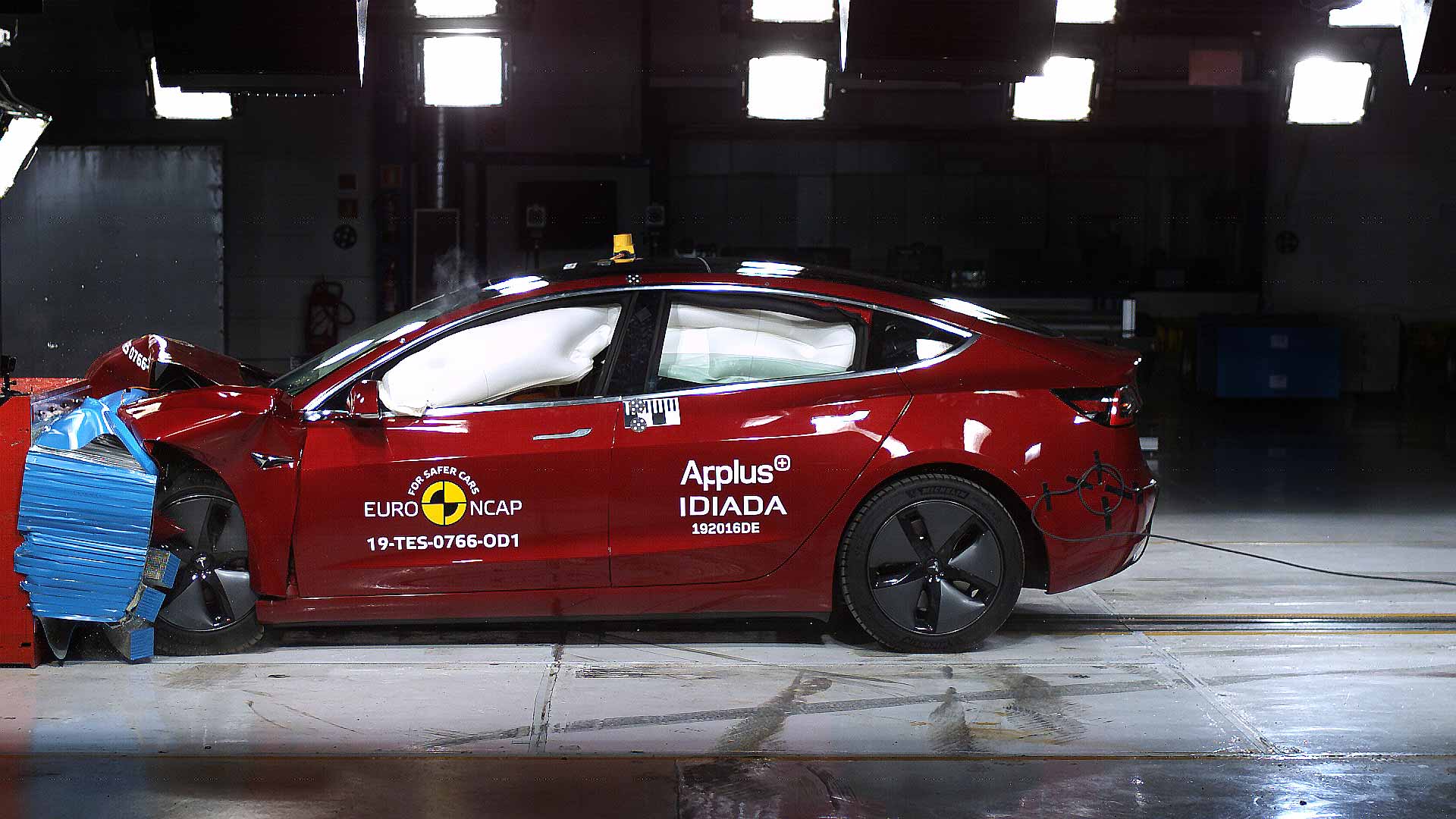 The stylish Tesla Model 3 electric car scored the highest overall score in Euro NCAP’s Safety Assist category – “and by some distance,” said Avery. The EV also scored top points in the Lane Support System tests too, going some way to validating Elon Musk’s bold claims for the performance of Tesla Autopilot and its related assistance systems. 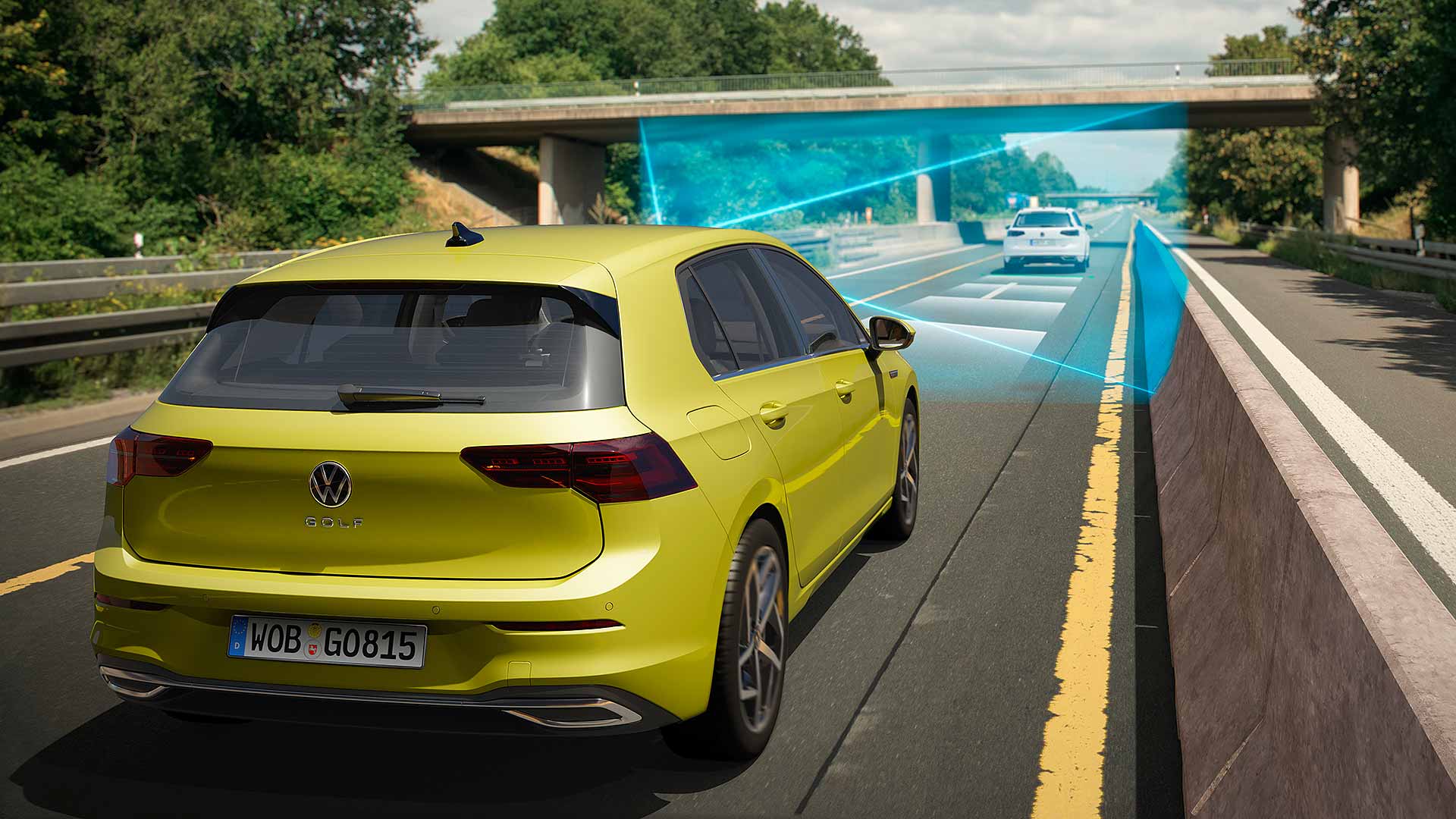 Volkswagen’s best-selling car is a European favourite. The all-new Golf 8 has a broad array of standard-fit safety tech, such as AEB autonomous emergency braking, a Lane Support System, “and also some great driving assistance systems including Electronic Lane Keeping”. 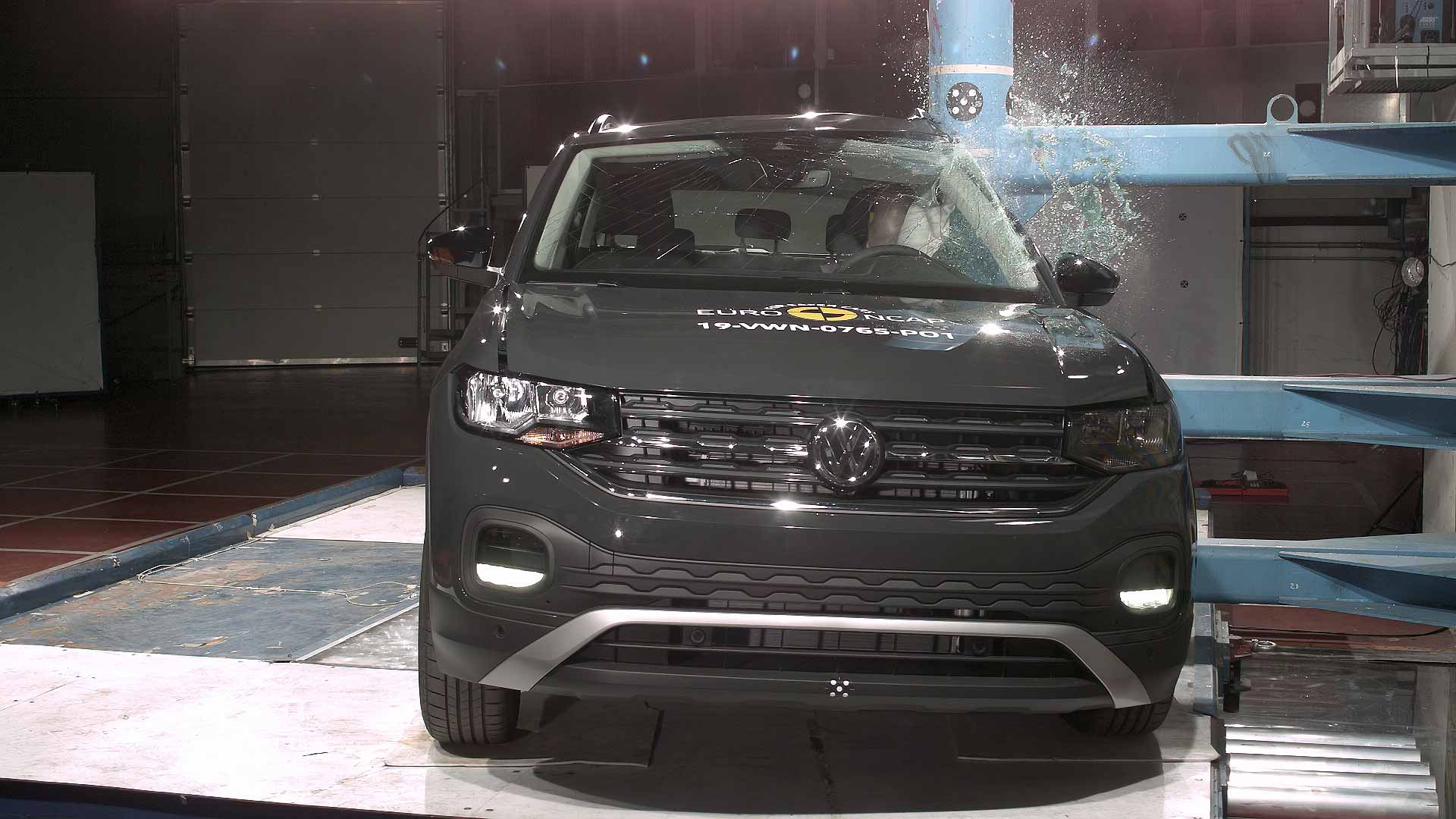 A standout performer in the fast-growing small crossover segment, the T-Cross serves up the usual high performance of Volkswagen cars in impact testing, said Avery. It also has a standard Lane Support System.

All 10 cars will now go forward to be judged in the overall Safety Award 2019. Only one can win… and the victor will be revealed in early January. Which gets your vote, and why?

We’ve driven one of 500 Ford Racing Pumas. Should you invest in this front-wheel-drive coupe?
Read more

UK Government: Severn Bridge toll to be abolished in 2018

It could give the Welsh economy a £100m boost
Read more

14 million drivers say they would brake-test a tailgater

A third of drivers respond to tailgating by dabbing the brakes. This, along with a flash of the foglights or sharp braking, can risk a collision
Read more

From the Lamborghini Miura to the Bugatti EB110, we list some of the greatest cars designed by Marcello Gandini
Read more

Belfast is the safest city for van drivers

Van drivers in Belfast are the least likely to be involved in an accident, while fewer vans are stolen in Northern Ireland than in any other UK region.
Read more