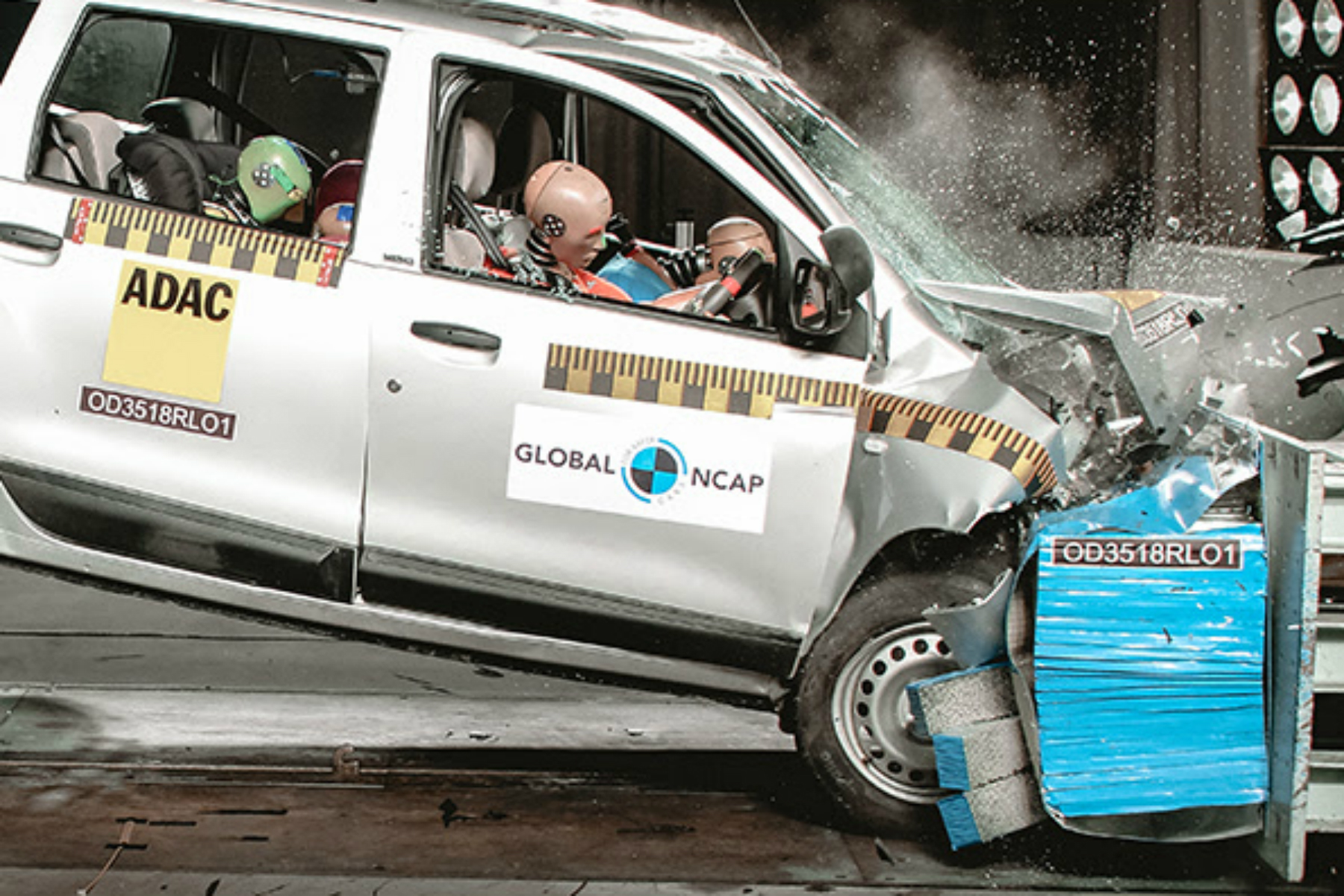 Much fanfare is given to the safest cars on the road but we wonder, what is the least safe new car money can buy? It’s fair to say markets outside Europe and America are playing catchup in terms of safety. That’s where campaigns like Safer Cars for India come in, to call out cars that are just not up to modern standards.

The latest candidate for least safe car in the world? Meet the Renault Lodgy: zero-star adult occupant Global NCAP safety-test alumni. Yes, that’s right, zero stars. That result is, in fact, no surprise, given the standard Lodgy’s lack of the most basic safety amenities.

Seatbelts, made mandatory in the UK in 1983, are an option on the Indian-sold Renault MPV. The worst thing is that this isn’t unique to the Lodgy. Cars from Volkswagen, Honda, Renault, Chevrolet, Hyundai, Ford and more do not come as standard with airbags. Needless to say, most of these cars also score zero stars for adult occupant safety.

The lack of strength in the Renault’s structure is plain to see, too. There are bends evident as far back as the rear door, while distortion of the front footwells is also evident. There’s also a lack of Isofix anchorages, meaning that any child seats need to be secured with the adult seatbelts.

“Global NCAP had hoped that Renault had learned from the difficult experience they had with the Kwid. It’s time now for Renault to make front airbags standard across their entire Indian product range.”

It’s not like such campaigns haven’t done any good at all, though. The Suzuki Maruti Vitara Brezza is celebrated, with four stars achieved. The Suzuki, among other Indian-developed cars such as the Tata Nexon, is evidence of steady improvements being made.

Time to play catch-up, Renault India. Standard airbags all-round would be a start.