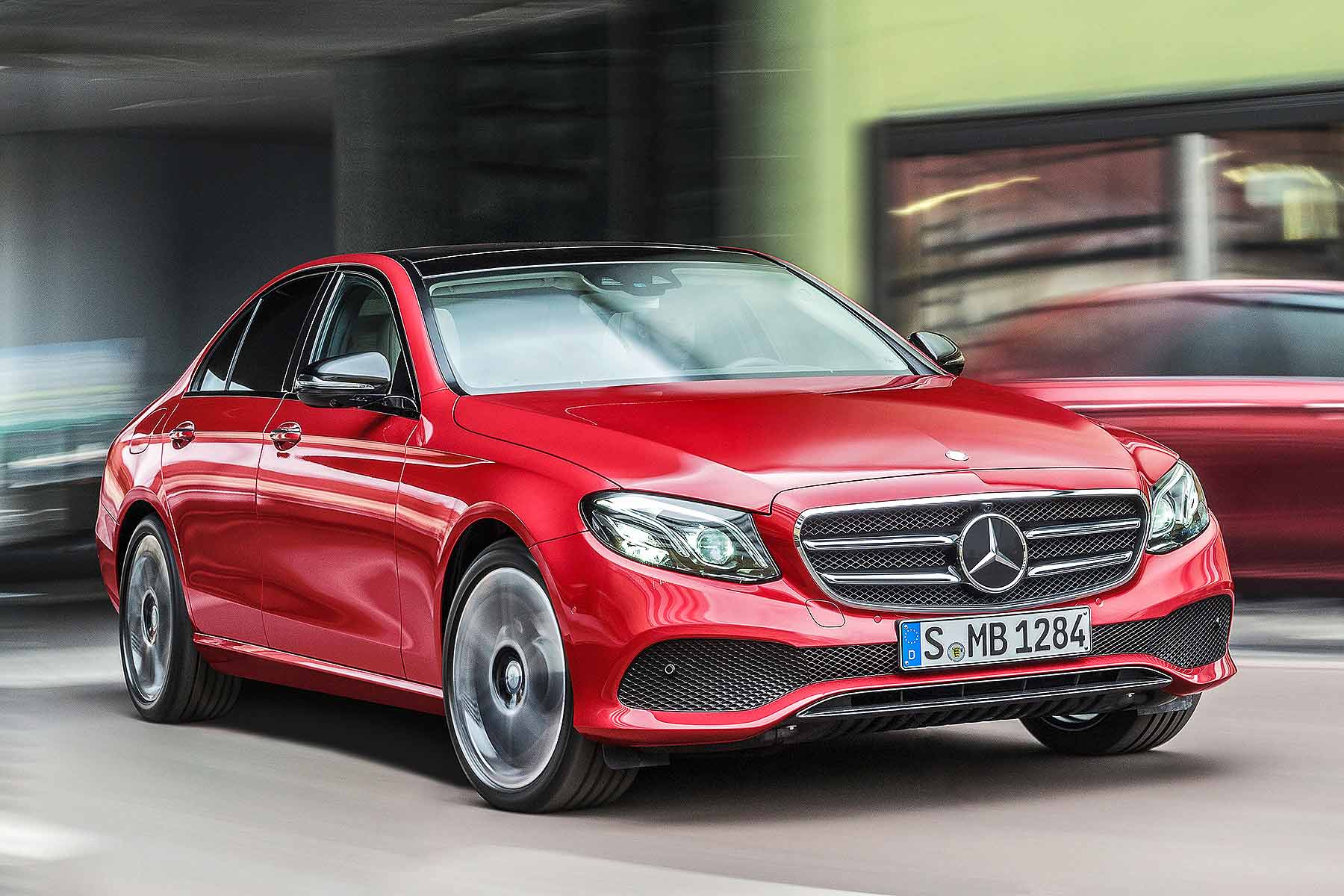 Mercedes-Benz has revealed the all-new E-Class ahead of the 2016 Detroit Motor Show, promising the 10th generation of its executive saloon will be “the most intelligent business saloon” of all. 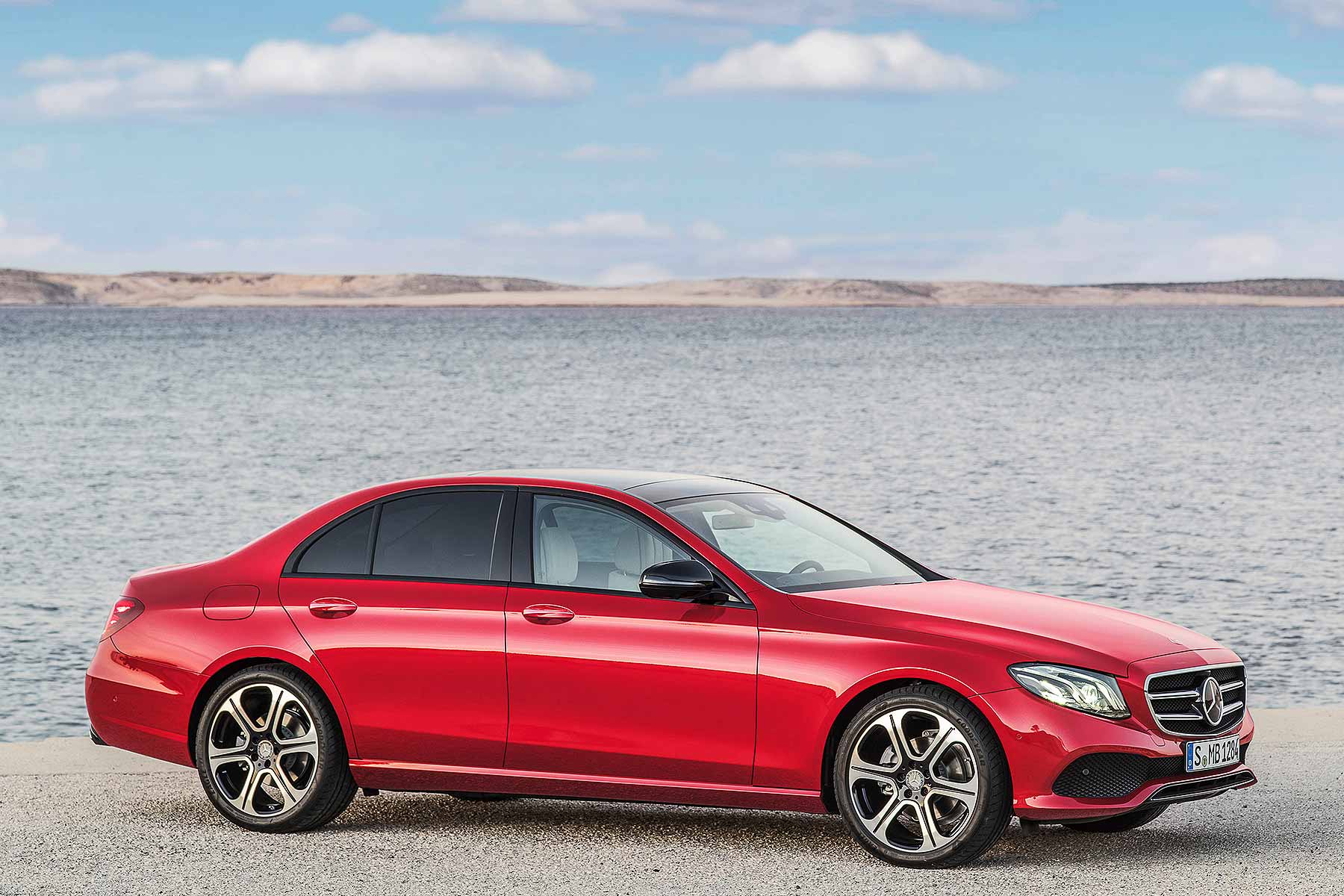 Mercedes-Benz is particularly proud of the short overhangs, broad tail and (faintly) coupe-like roofline. A new option at the rear is ‘stardust effect’ tail lamps; at the front, there’s the choice of traditional or sport-style grilles (the latter will likely prove more popular). 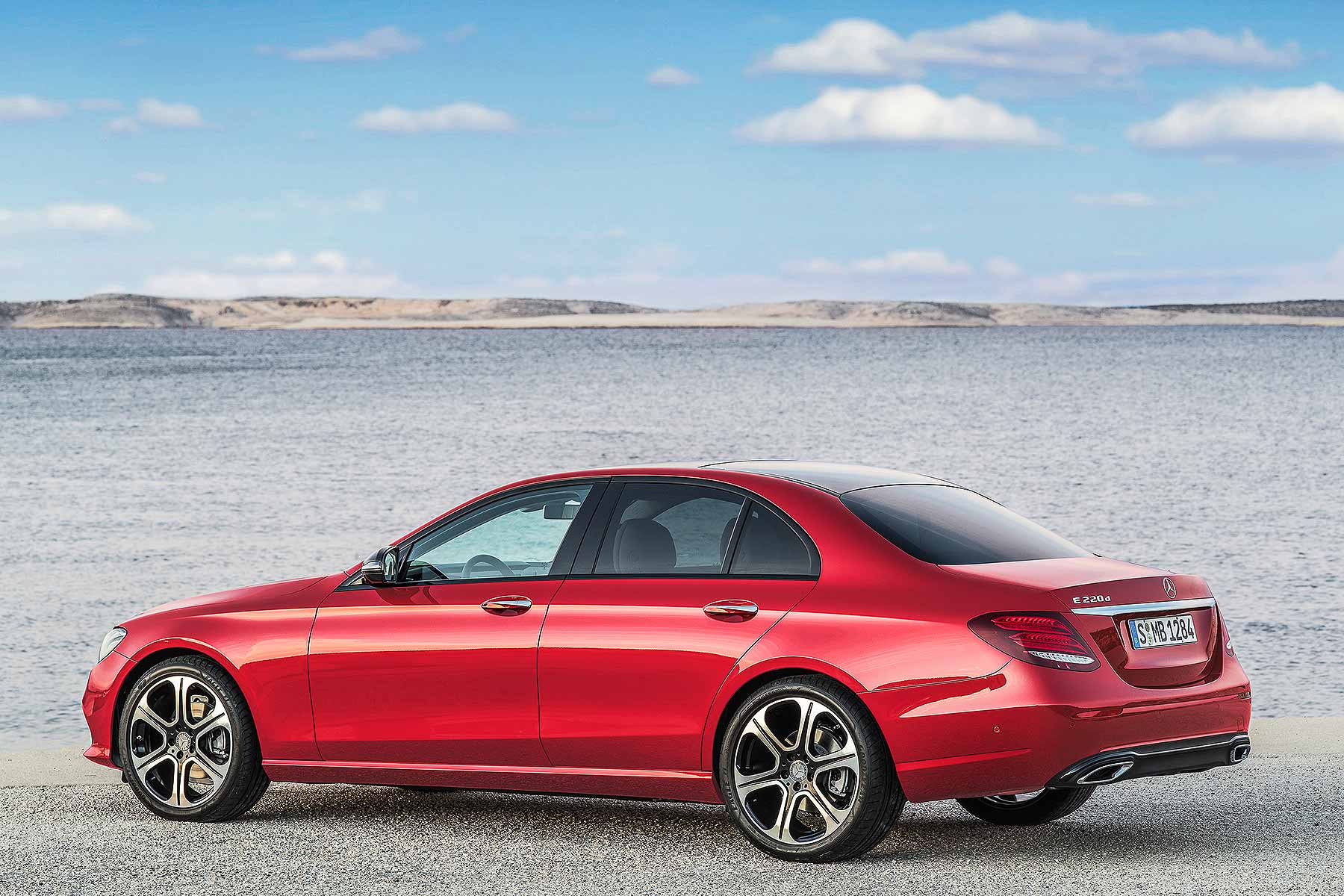 To save weight, the bonnet, front wings, bootlid and key parts of the front and rear are made from aluminium. The aero drag factor also breaks records: the Cd value is just 0.23 (and such advanced aerodynamics mean the new E-Class is quieter than some rivals’ luxury models, claims Merc…).

Inside, you can get a conventional dial setup, but Mercedes-Benz would rather customers go for the optional digital dash: two wide-screen 12.3-inch screens, one for the dials and one for infotainment. It’s a class-first, as are the touch-sensitive buttons on the steering wheel. 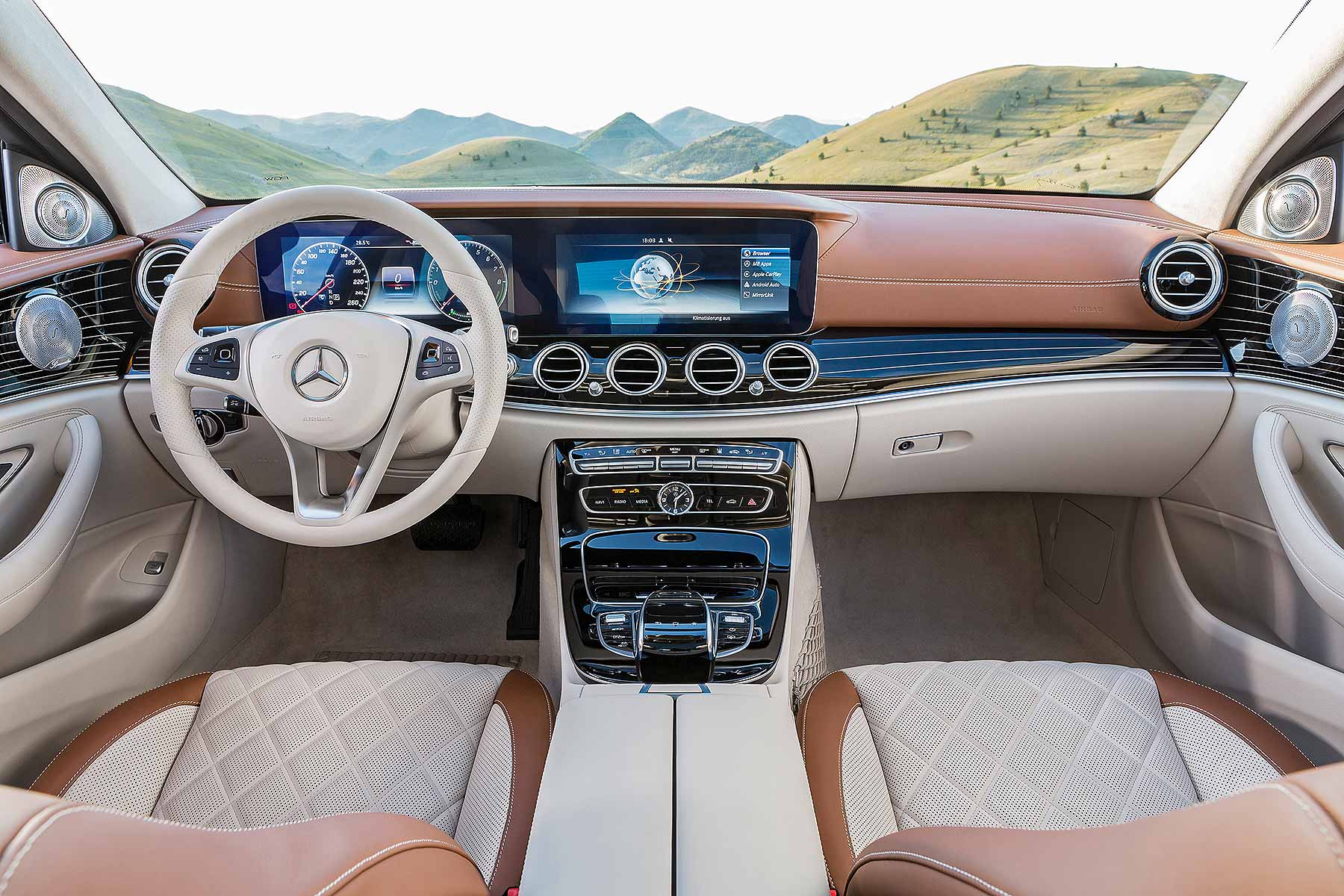 Some amazing colour and trim combinations have been created for the new E-Class, such as open-pore ‘yachting’ woods, nut and saddle brown colour options and real leather for the doors on upper-line models. The ambient LED lighting boasts 64 colour choices.

Downsized from the ageing 2.1-litre, it produces 195hp and 295lb ft of torque; Merc’s quoting 102g/km CO2 and 72.4mpg, both extraordinary figures that will have Audi and BMW sitting up to take notice (particularly as this engine is likely to go into the smaller, lighter C-Class in time too…).

The spec sheet says it contains tech such as NANOSLIDE surface coating to reduce friction between cylinders and pistons; this version has single-stage turbocharging and we can expect variants with more turbos in due course.

Forthcoming engines include a 150hp version of the 2.0-litre diesel and four-cylinder petrol engines producing between 183hp and 245hp. A 333hp six-pot turbo petrol E 400 4MATIC will follow later too. 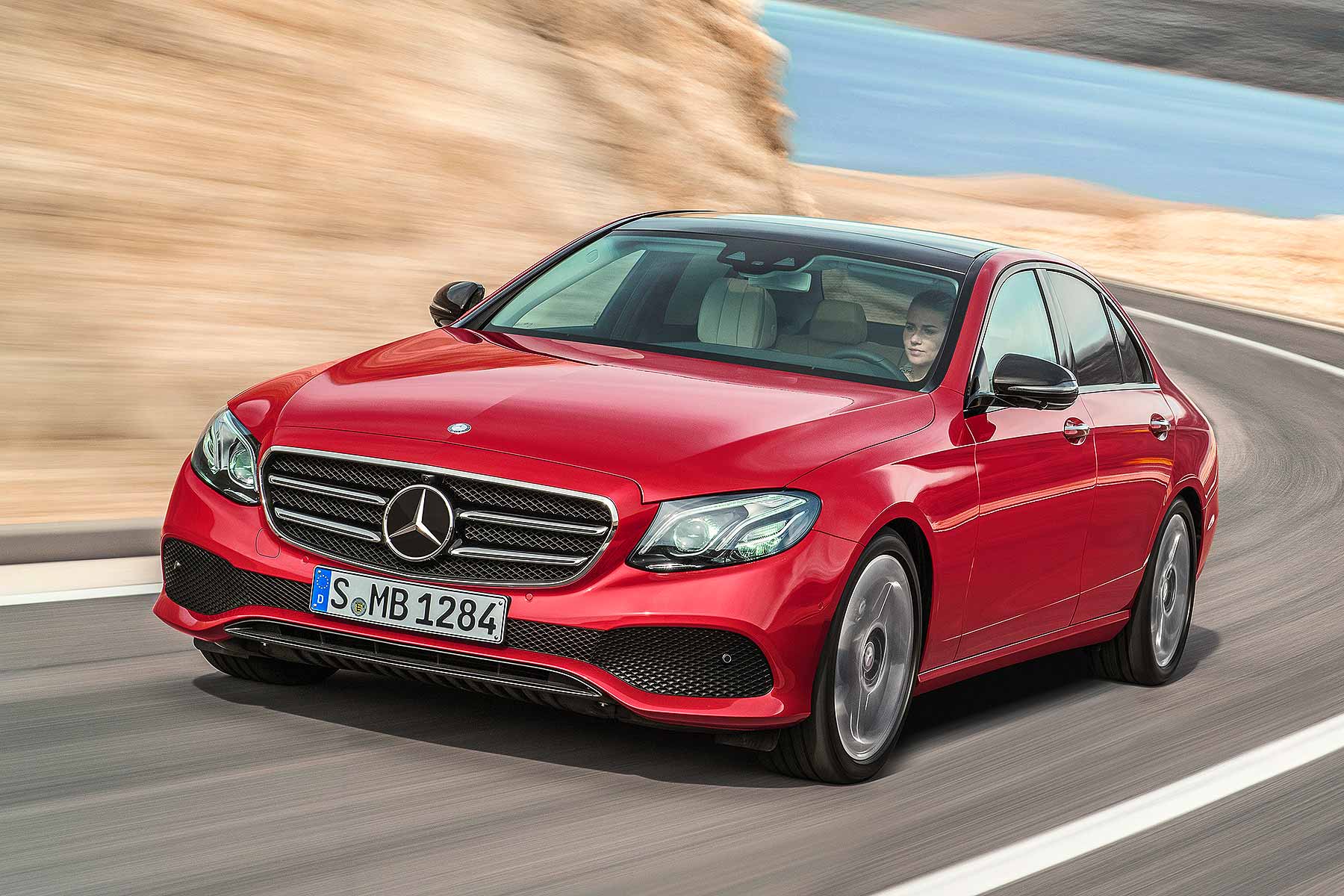 The might of Mercedes-Benz ensures the new E-Class is available with a wealth of new technology. A highlight is the Drive Pilot pack, which autonomously follows other cars on the motorway at speeds of up to 130mph (best not try that in the UK). It’ll work well in ‘swarms’ of traffic at speeds of up to 80mph.

It will help you change lanes too, assisting with steering if its safety systems detect the lane is clear.

Mercedes-Benz claims its updated Active Brake Assist system can also completely avoid accidents at speeds of up to 62mph, by detecting hazardous situations up ahead and autonomously braking far sooner than it otherwise might. There’s even Evasive Steering Assist, to help you steer around the pedestrian who’s just stepped out in front of you.

Other tech features include multibeam LED headlights, digital vehicle key using your smartphone and, get this, Pre-Safe Sound: if a collision risk is detected, it plays a noise through the stereo that can “prepare the occupants’ ears for the expected sound of the accident”.

Wait, what? The stapedius effect, apparently.

“The E-Class is the core of the Mercedes-Benz brand and in the past has repeatedly redefined the standards in the business-class segment,” said Prof Dr Weber.

“Now it carries this tradition into the future with a wealth of top-class innovations.”