It wouldn’t be a motor show without an array of wild and outlandish concept cars. The 2017 Geneva Motor Show is no different, as this gallery of concept cars proves. Some will never see the light of day, while others provide a hint of potential new models. Pick your favourite from this lot. 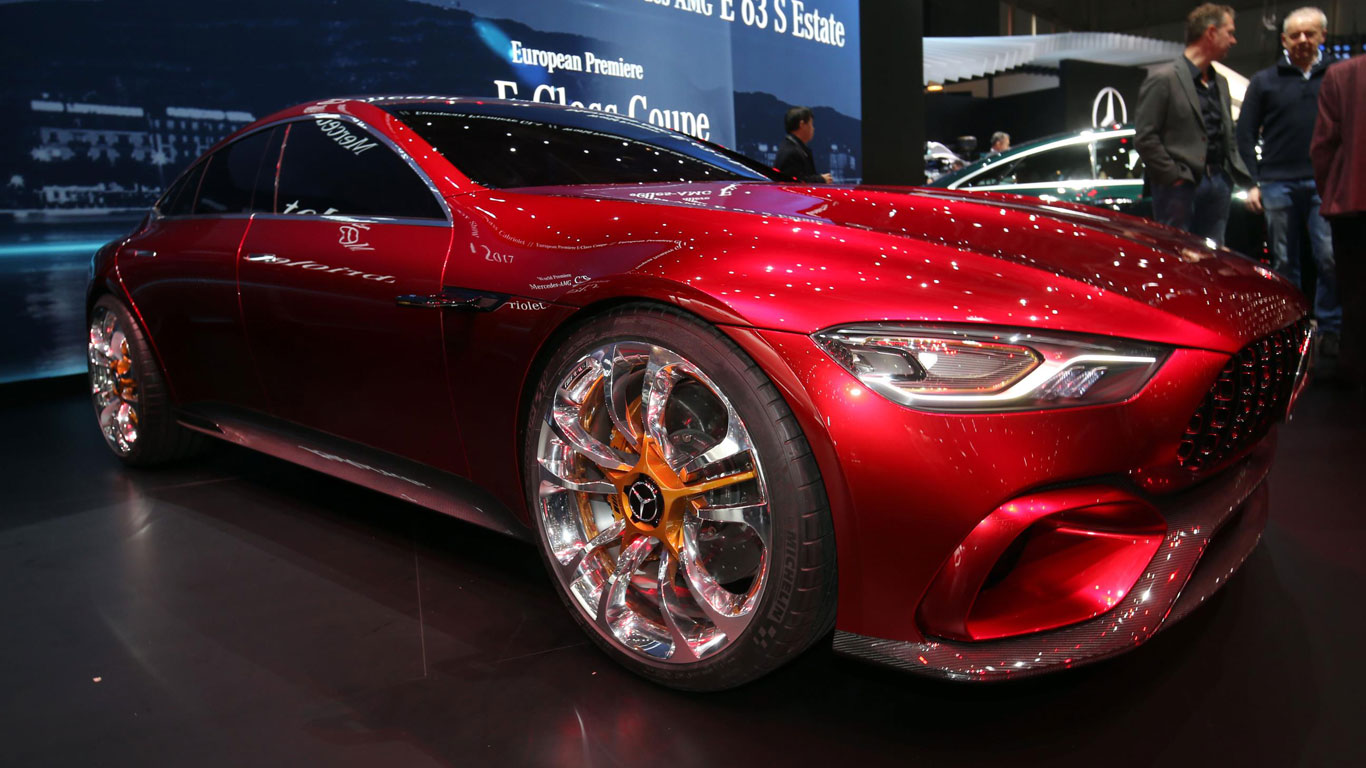 The Mercedes-AMG GT Concept: a glimpse into the future with one eye on the past. The concept has been unveiled as part of the 50th anniversary of Mercedes-AMG, but is designed to give “an indication of the alternative drive configurations AMG is designing”. To this end, the GT Concept is powered by a 4.0-litre V8 twin-turbocharged engine and an electric motor to provide a total system output of 804hp.

According to Mercedes-AMG, the GT Concept will sprint to 62mph in “less than three seconds”, but it hasn’t confirmed a top speed. Whether the four-door coupe makes production remains to be seen, but with the new Porsche Panamera Sport Turismo unveiled in Geneva, we wouldn’t be surprised to see this becoming the third member of the AMG GT family. 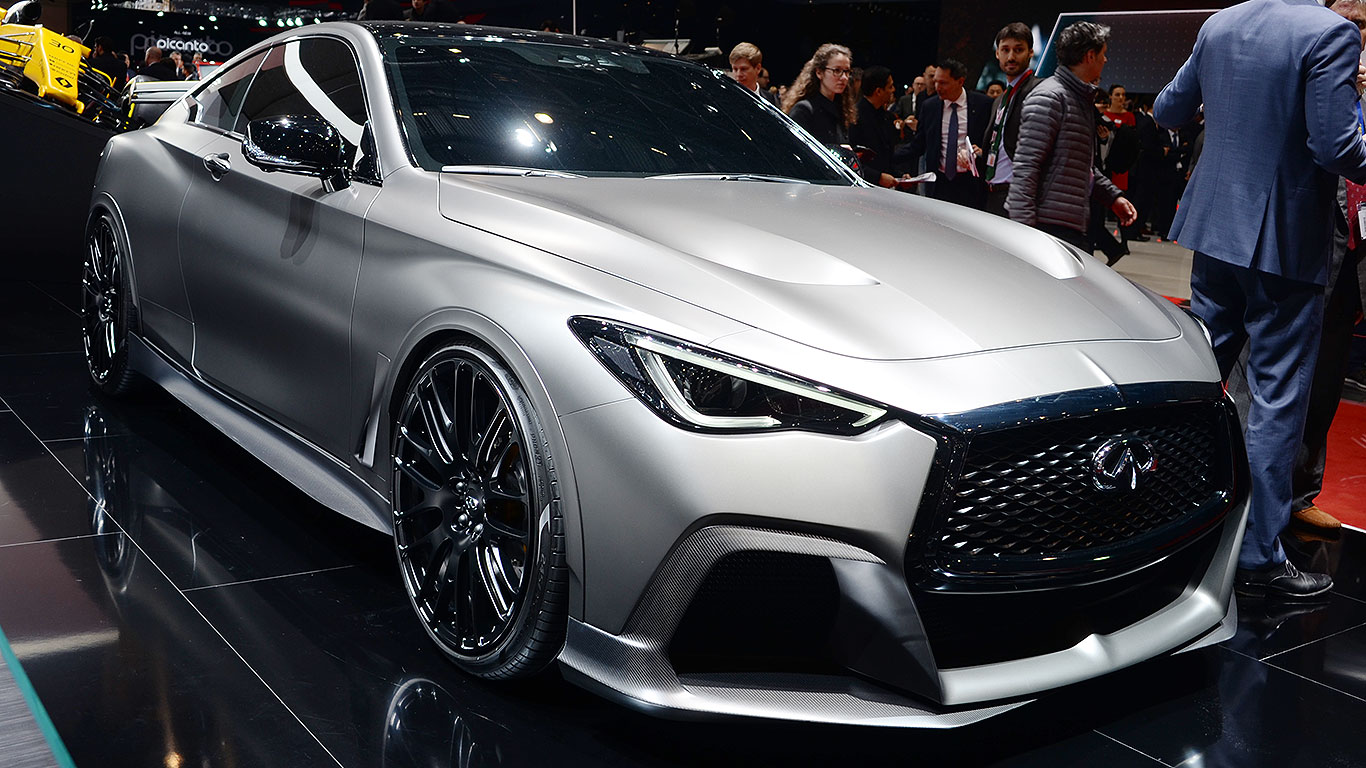 Infiniti is certainly talking a good talk with the Project Black S. Referencing a new Infiniti ‘performance grade’ and a close collaboration with with Renault Sport Formula One Team is guaranteed to pique the interest of any self-respecting petrolhead. And besides, it’s high time Infiniti delivered a car we can all get behind.

Nissan’s posh arm is investigating the potential for F1-style hybrid technology in a production car, with an energy recovery system (ERS) that could contribute a 25% increase in power for the new 3.0-litre V6 twin-turbocharged engine. As a bonus, the ERS could improve acceleration and eliminate turbo lag. An F1-inspired coupe: where do we sign? Infiniti, do the right thing. 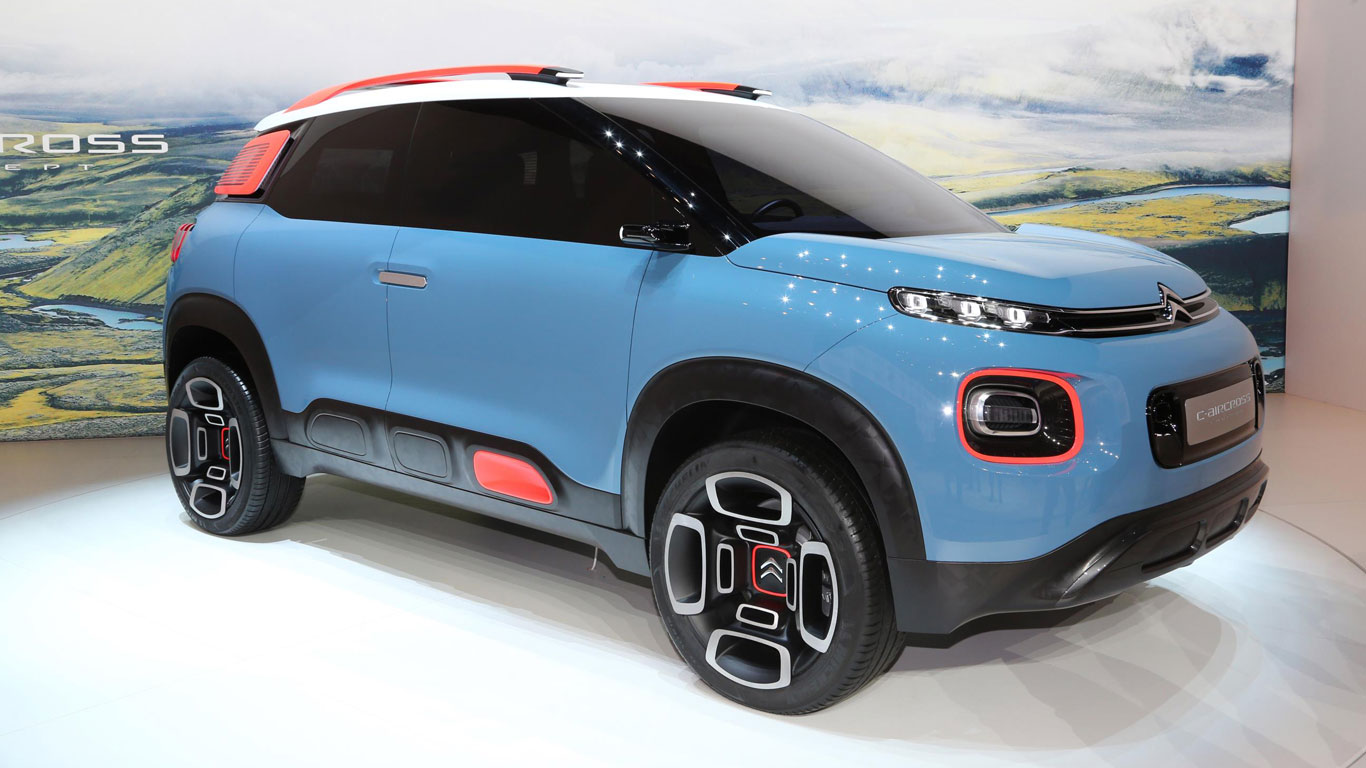 Dare we suggest that we’re a little underwhelmed by the Citroen C-Aircross. It’s not that’s uncool, it’s just that the new C3 supermini has raised the bar sufficiently enough for us to look at this concept with a sense of ‘meh’. Whatever that means.

Oh, sure, the standard motor show trinkets are there: suicide doors, cameras for door mirrors and ‘showy’ 18-inch rims to name but three, it’s just that we’re not bowled over by the C-Aircross. There are, however, reasons to be cheerful. Firstly, it highlights just how far Citroen has come in recent years. And, secondly, it previews the next-generation C3 Picasso. Good news. 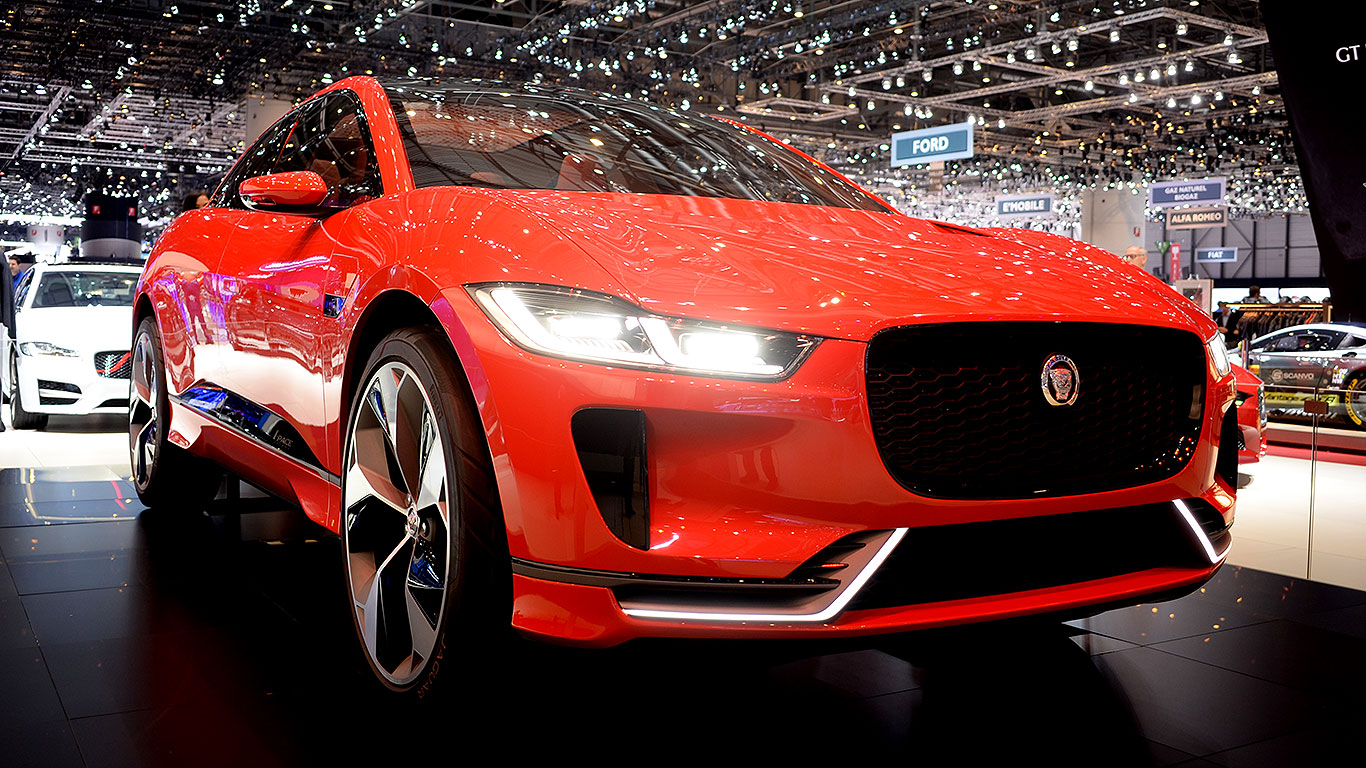 For now, the Jaguar I-Pace remains a concept, but the model on show in Geneva looks as production ready as you’re likely to get. It also shows off a new Photon Red paintjob.

It’s the first time the I-Pace has been seen in Europe and it previews Jaguar’s first all-electric vehicle, set to hit the streets in 2018. Jaguar is already taking orders for the Tesla Model X rival, with one outlet claiming that 350 deposits have already been received. 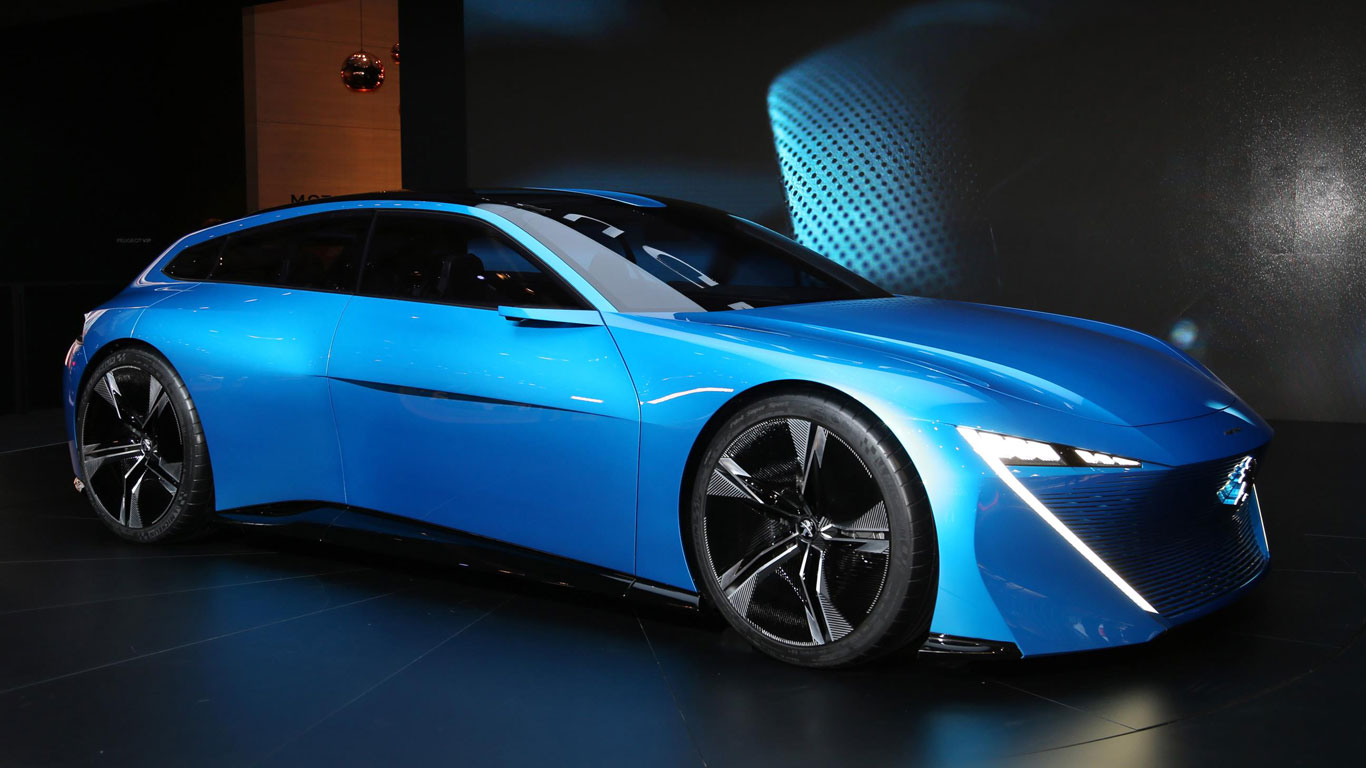 If Peugeot is to be believed, this is what an autonomous future looks like. The Instinct is a 300hp plug-in hybrid with both ‘Drive’ and ‘Autonomous’ driving modes, with Peugeot claiming that an ‘Internet of Things’ platform will learn the driver’s lifestyle.

The seats can be adjusted individually, allowing the occupant to select the position most suited to them – upright to drive or horizontal to… er… sleep. Yes, sleep. You’ll also find a so-called ‘chatbot’, a speech-driven PA offering a vast array of services. 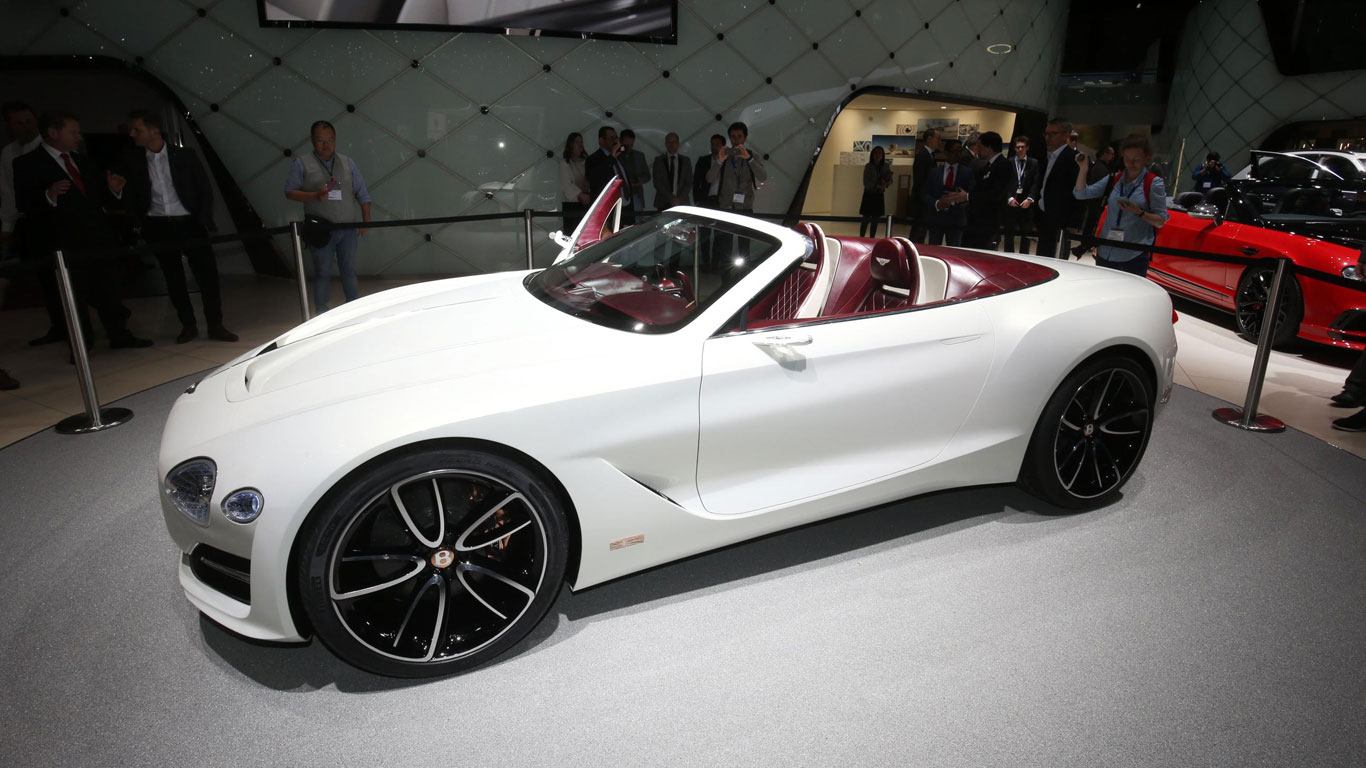 You might hate the Bentley Bentayga, and – as Bobby Brown might say – that’s your prerogative. But if Bentley sells a sufficient number of the boutique SUVs, it’ll be free to explore new ideas such as this: the EXP 12 Speed 6e.

In true grand tourer style, Bentley claims that an electric vehicle with a ‘Flying B’ perched on the bonnet must offer sufficient range to be able to drive between London and Paris or Milan and Monaco on a single charge. Ideal, if you’re planning to race a train from the Carlton Hotel in Cannes to the Conservative Club in London. 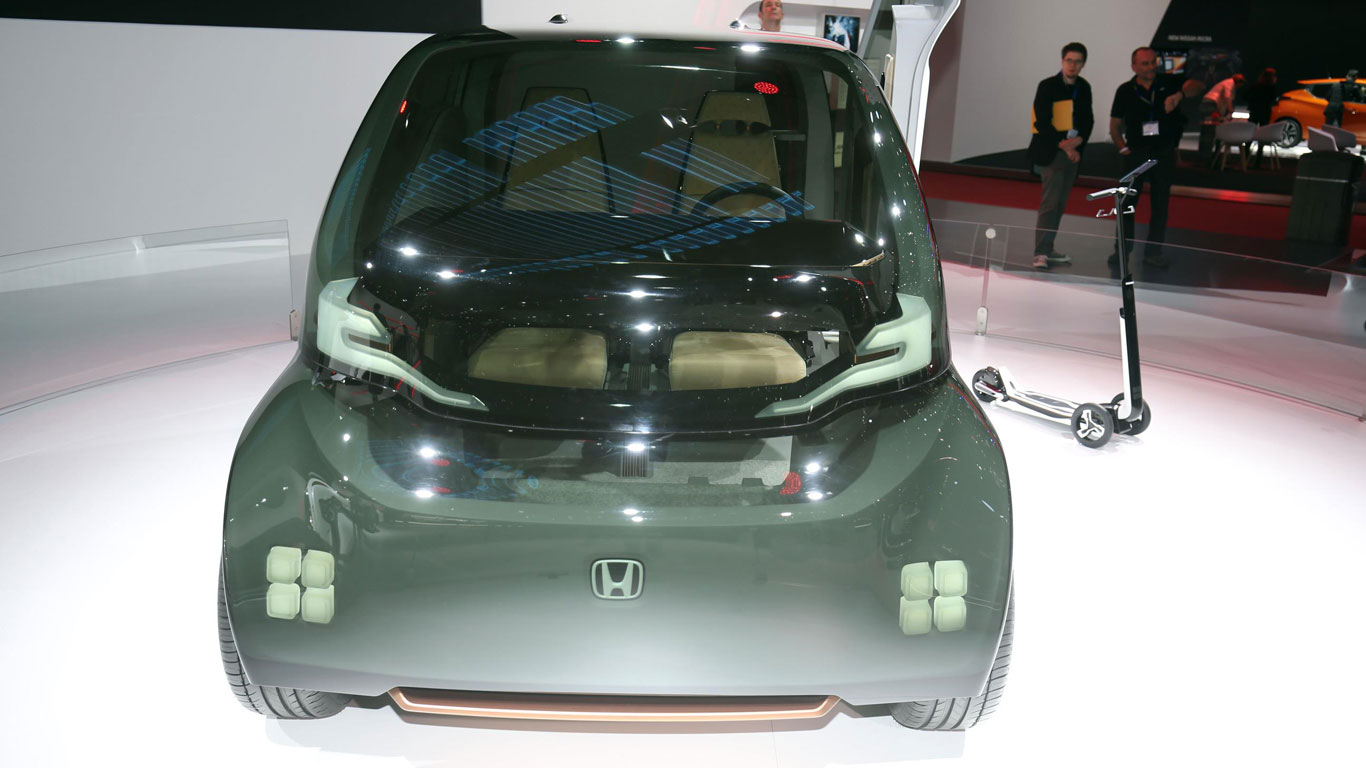 NeuV – pronounced ‘new-vee’ – stands for New Electric Urban Vehicle, and it’s Honda’s vision of an electric future. Not only can it learn things about its driver – stop picking your nose at the wheel – it also takes advantage of the fact that privately-owned vehicles sit idle for 96% of the time.

In other words, the NeuV doubles up as automated ride sharing vehicle when the owner is not using the car. It has the potential to collect and drop off customers at local destinations, even selling energy back to the grid. Cool concept, this. 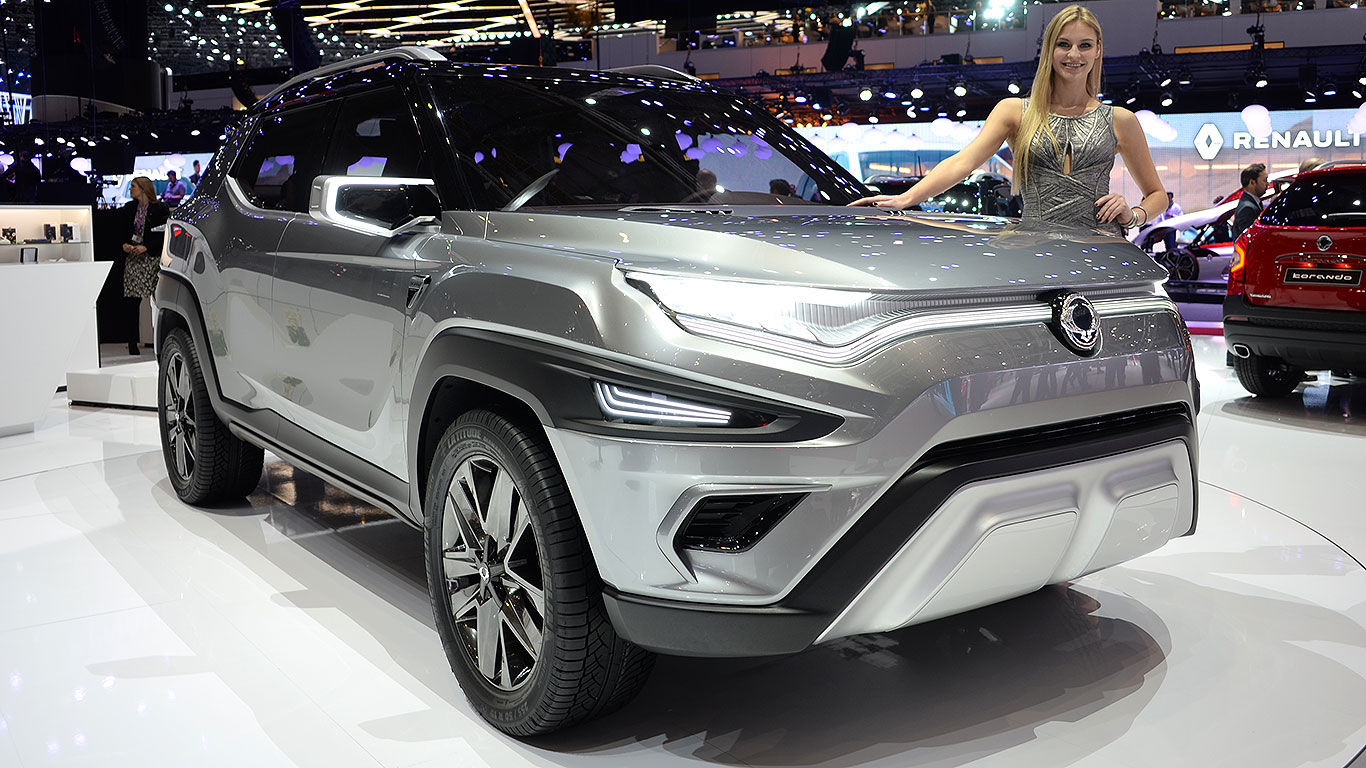 Remember when you laughed at that Korean carmaker with the funny name? Laugh no more, because SsangYong is on a roll, as demonstrated by the really-rather-good Tivoli. The XAVL previews a next generation seven-seat SUV, featuring seven independent seats and a huge amount of interior space.

According to SsangYong, the eXciting Authentic Vehicle Long draws inspiration from the “iconic” Korando, meaning it might preview a replacement for the value-driven SUV. 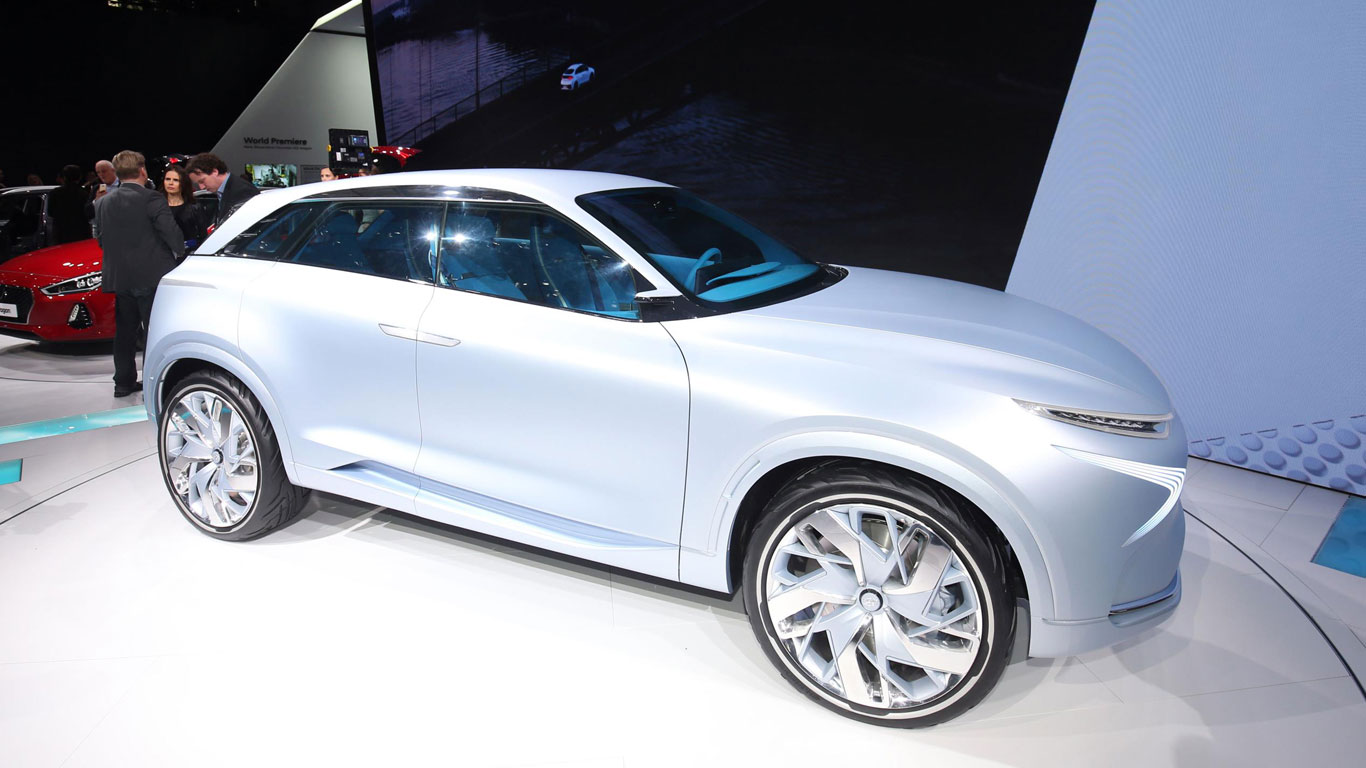 There are those who believe that it’s hydrogen and not electric that represents the future of sustainable motoring. For now, the infrastructure isn’t there to support a fleet of hydrogen-powered cars, but the likes of Honda, Toyota and Hyundai are at the forefront of development in the sector.

The FE Fuel Cell is part of Hyundai’s plan to deliver 14 or more new environmentally-focused models by the year 2020 and has the potential to deliver a range of up to 500 miles from a single tank. 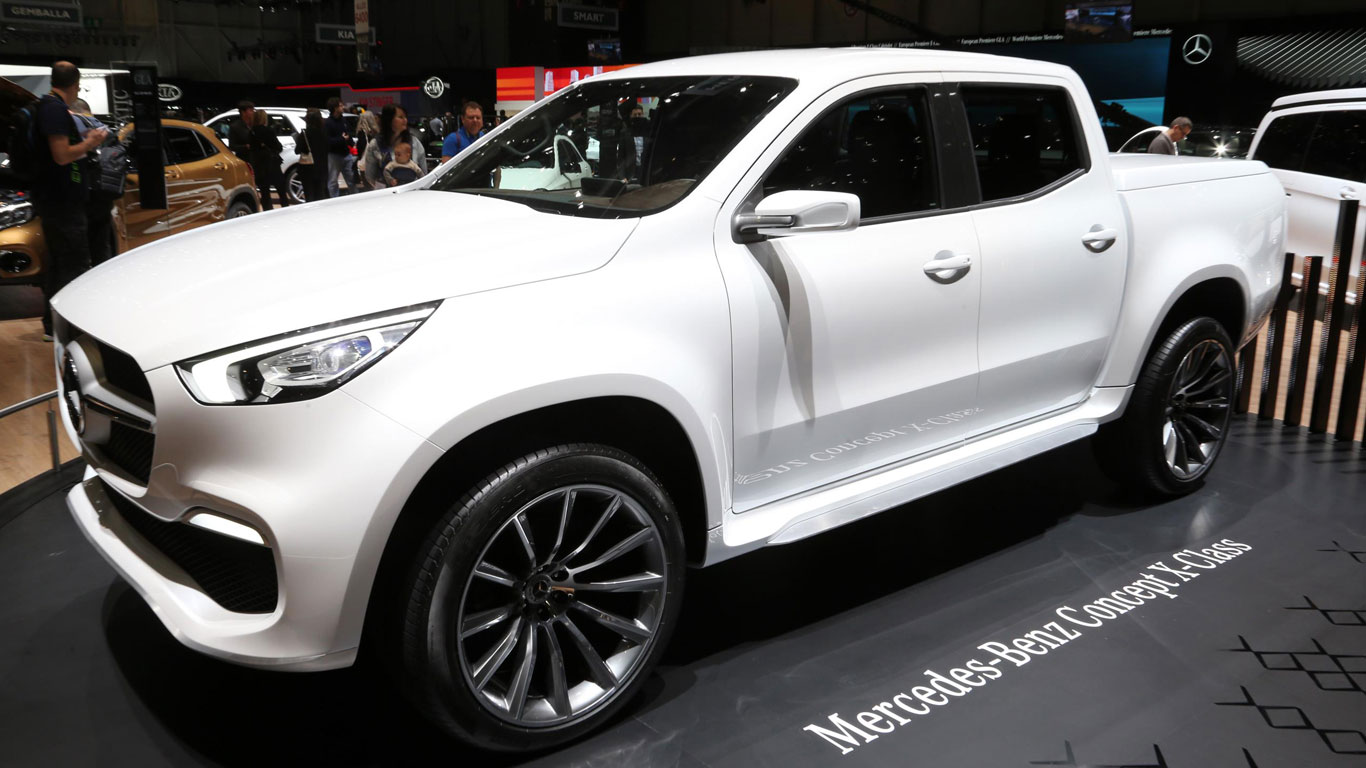 You’re unlikely to find a Concept X-Class parked outside a branch of Wickes, as Mercedes-Benz is pitching this to a more “urban lifestyle” audience. The five-seat pick-up previews the production version, set to launch later this year.

Underneath, the X-Class is little more than a Nissan Navara, but has been ‘poshed-up’ for urban lifestyle types. You can expect a suitably inflated price tag as Mercedes-Benz seeks to fill yet another niche. Will there be an AMG version? We wouldn’t bet against it… 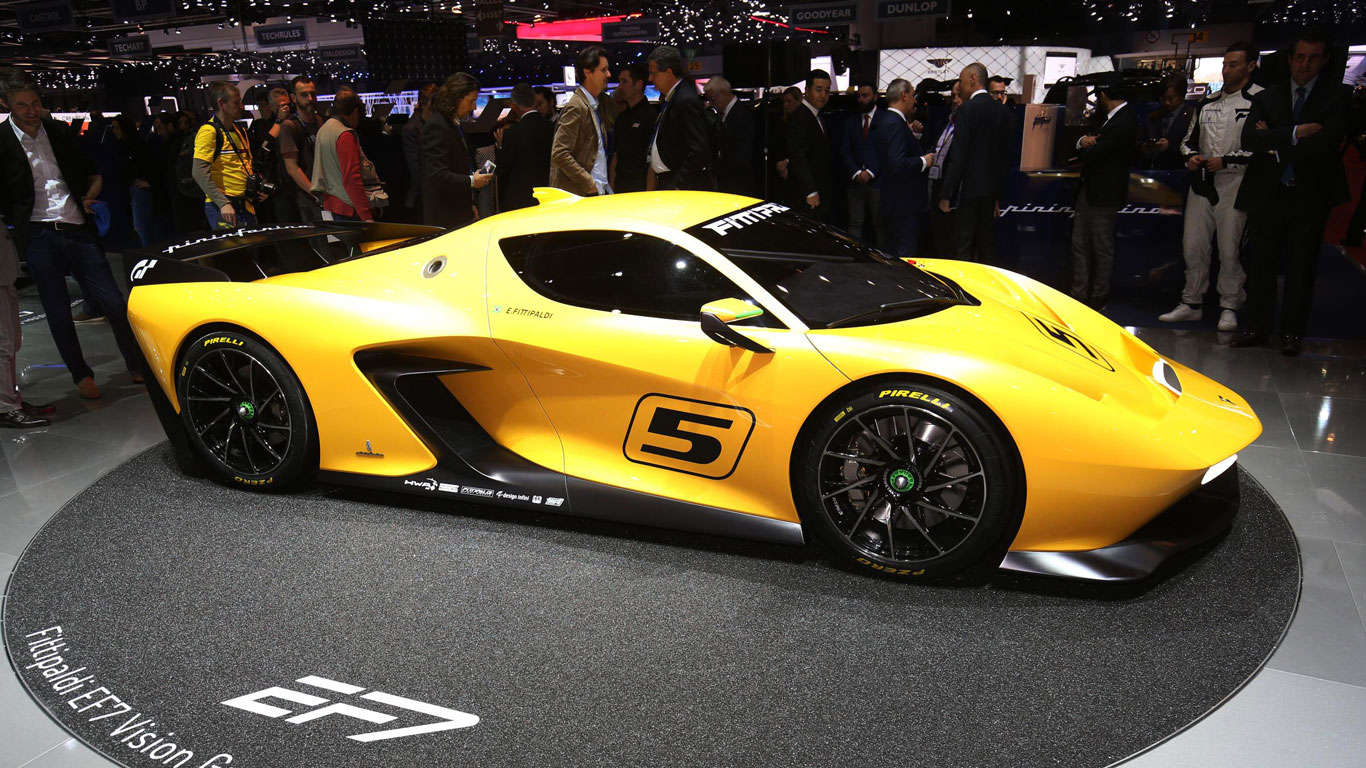 The Fittipaldi EF7 is a concept car you can drive, at least in a virtual sense. It’s the latest in a long line of Vision Gran Turismo cars, coming to a Sony PlayStation near you soon.

It’s the result of a collaboration between Emerson Fittipaldi, Pininfarina and engineering firm HWA, and is said to fulfil Fittipaldi’s vision of building a car with “fierce track-racing capabilities” for drivers of all skill levels. 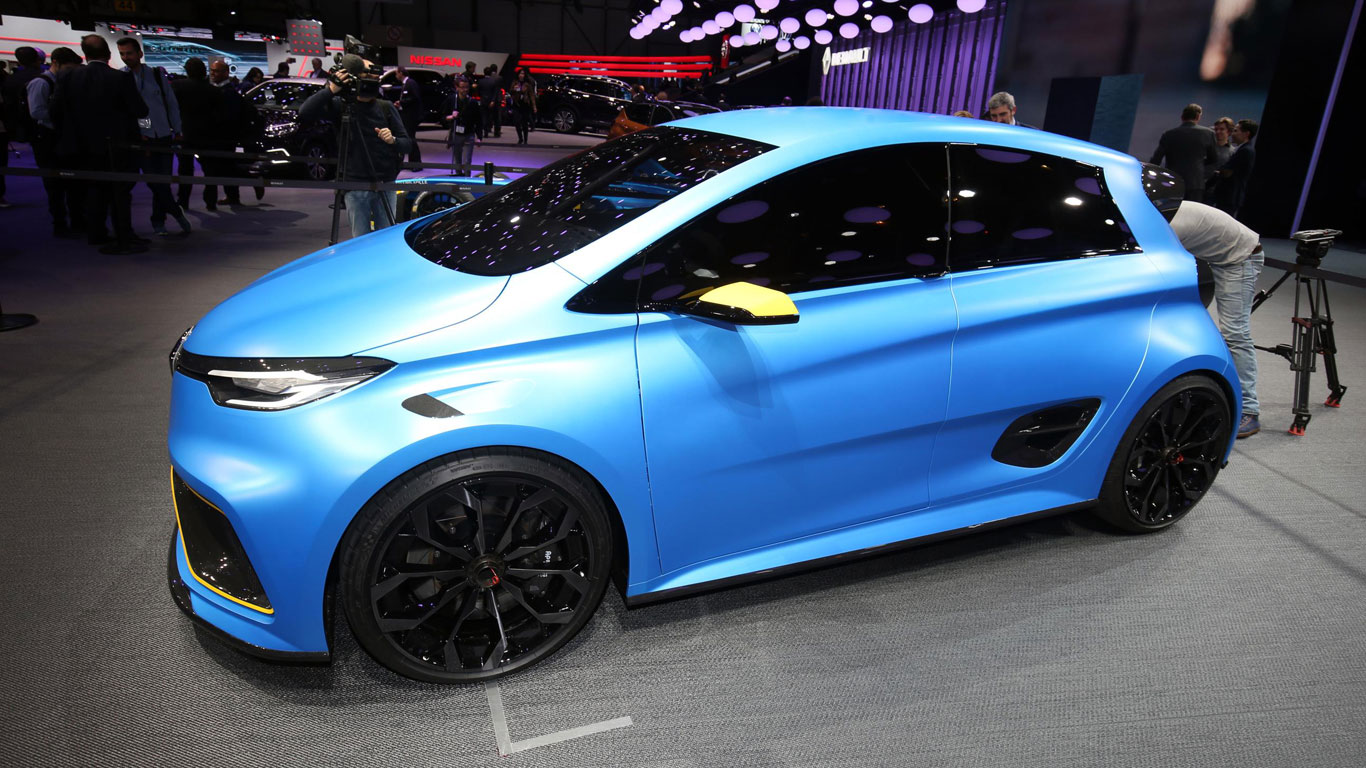 A case of saving the best ‘til last? The Zoe e-sport is the electric car you’ve always dreamed of, drawing upon Renault’s experience in Formula E. It’s packing a 455hp electric punch, enough to propel the Zoe to 62mph in just 3.2 seconds.

Use of carbonfibre and kevlar keeps the weight down, while a lowered ride height, wider tracks and four-wheel drive should provide exceptional cornering ability. Double-wishbone suspension, 20-inch rims, Ohlins dampers, Recaro seats and Formula E-style controls complete the transformation from humdrum to hero. Renault, we have two words: build it.