Hyundai's Genesis premium brand to showcase a concept car: is this its BMW 3 Series rival in disguise? 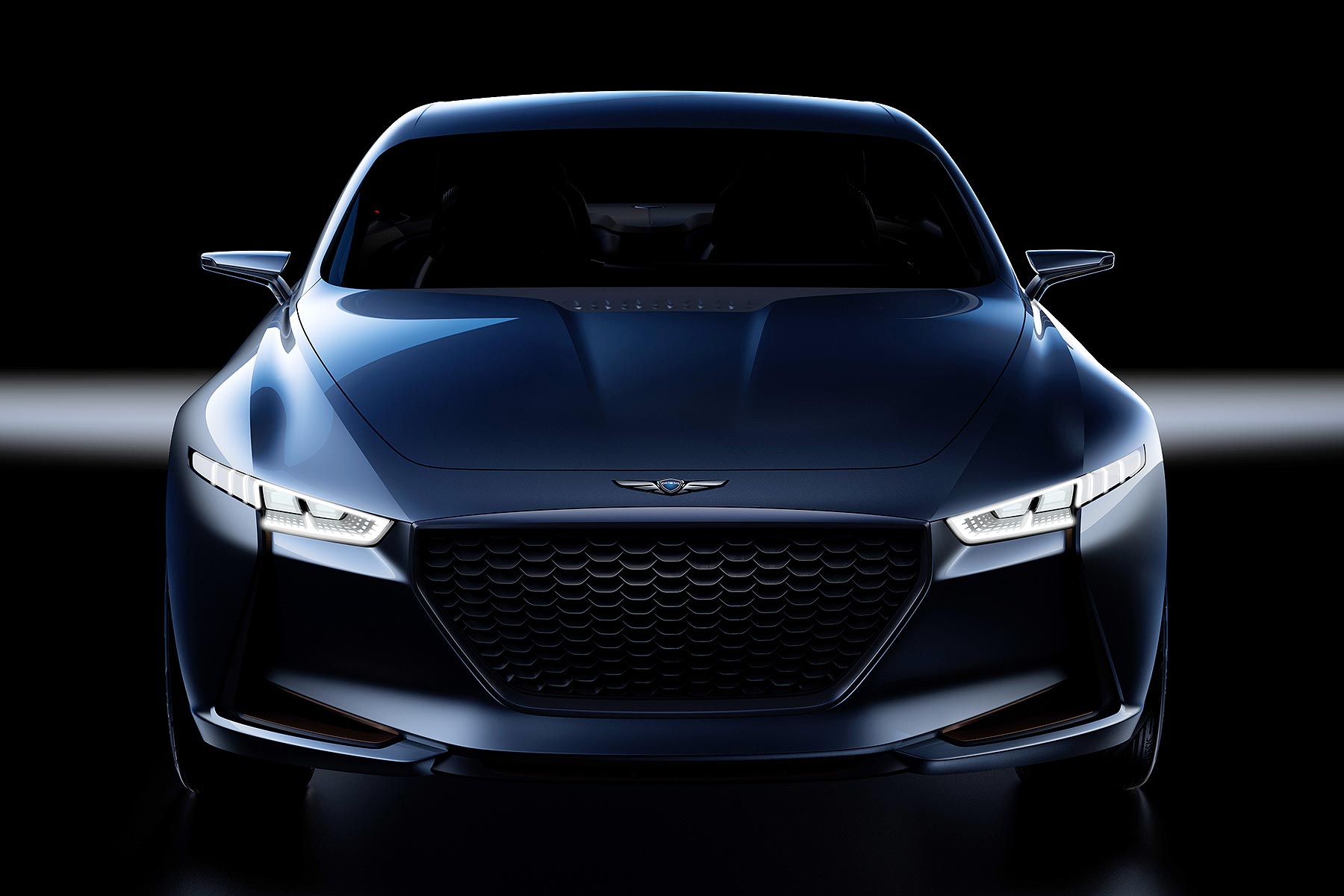 Hyundai is to give 2016 New York Auto Show visitors an insight into the design direction of its new premium brand, Genesis, with the launch of a special ‘New York Concept’.

Described as a four-door sports sedan, there’s speculation the concept car could preview a Genesis compact executive rival to cars such as the Audi A4, BMW 3 Series and Mercedes-Benz C-Class.

The teaser issued today shows a crisp, sporty-looking machine with tight lines and a seemingly more rakish profile than today’s Hyundai Genesis and more recent Genesis G90 models. The shutline and profiling of the bonnet is interesting and sculptural front end gives it status: we shall see with interest at New York.

In the meantime, watch the teaser video to see what else you can spot.

Officially, this is a styling preview that showcases the Genesis interpretation of ‘refined design’. Manfred Fitzgerald, head of Genesis brand, said: “The New York Concept is a progressive concept car that showcases the design quality of the brand.

“With its expressive volumes and refined design, the New York Concept truly embodies the athletic elegance, which characterises Genesis products.”