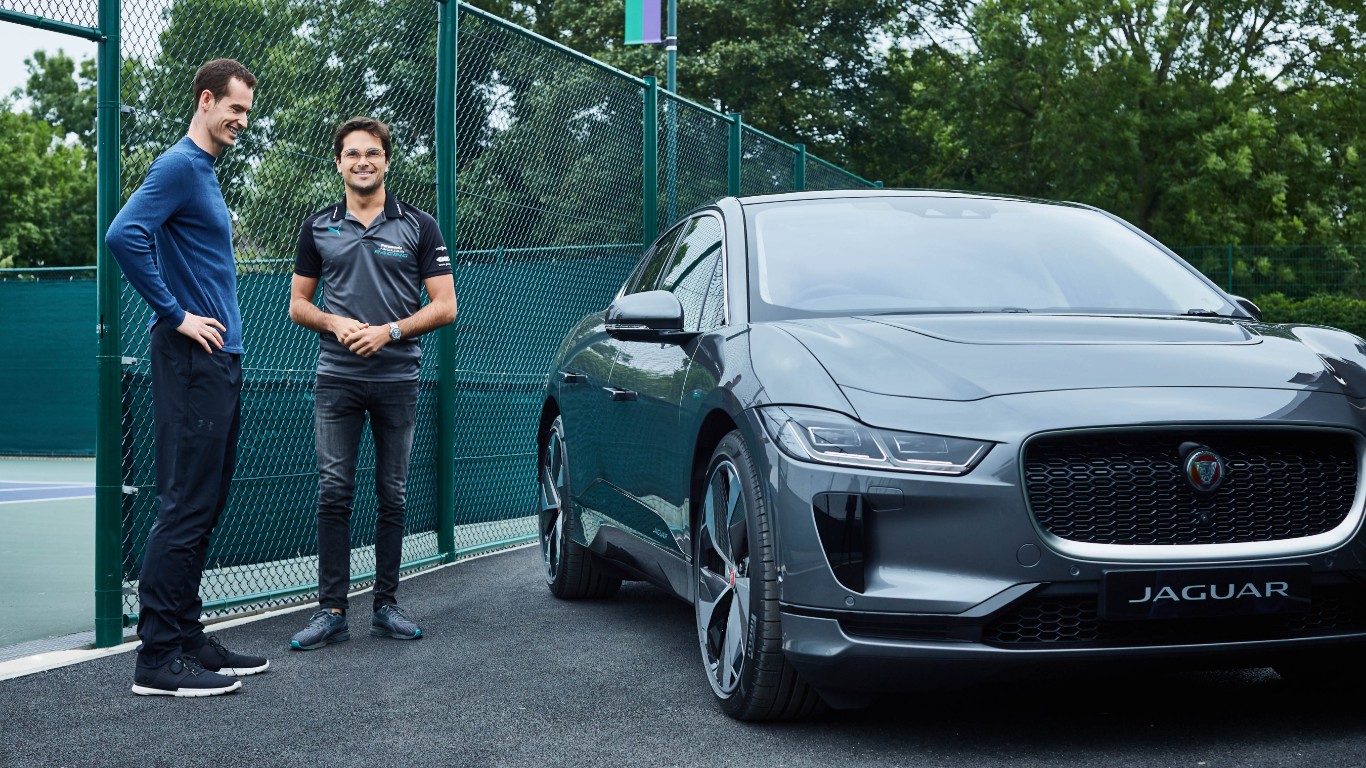 Ah, Wimbledon: two weeks of dodging the showers, eating seriously expensive strawberries and cream, Sue Barker making smalltalk when the covers on and the entire nation pinning its hopes on one Scottish British tennis player.

But enough of all that – show us the cars… 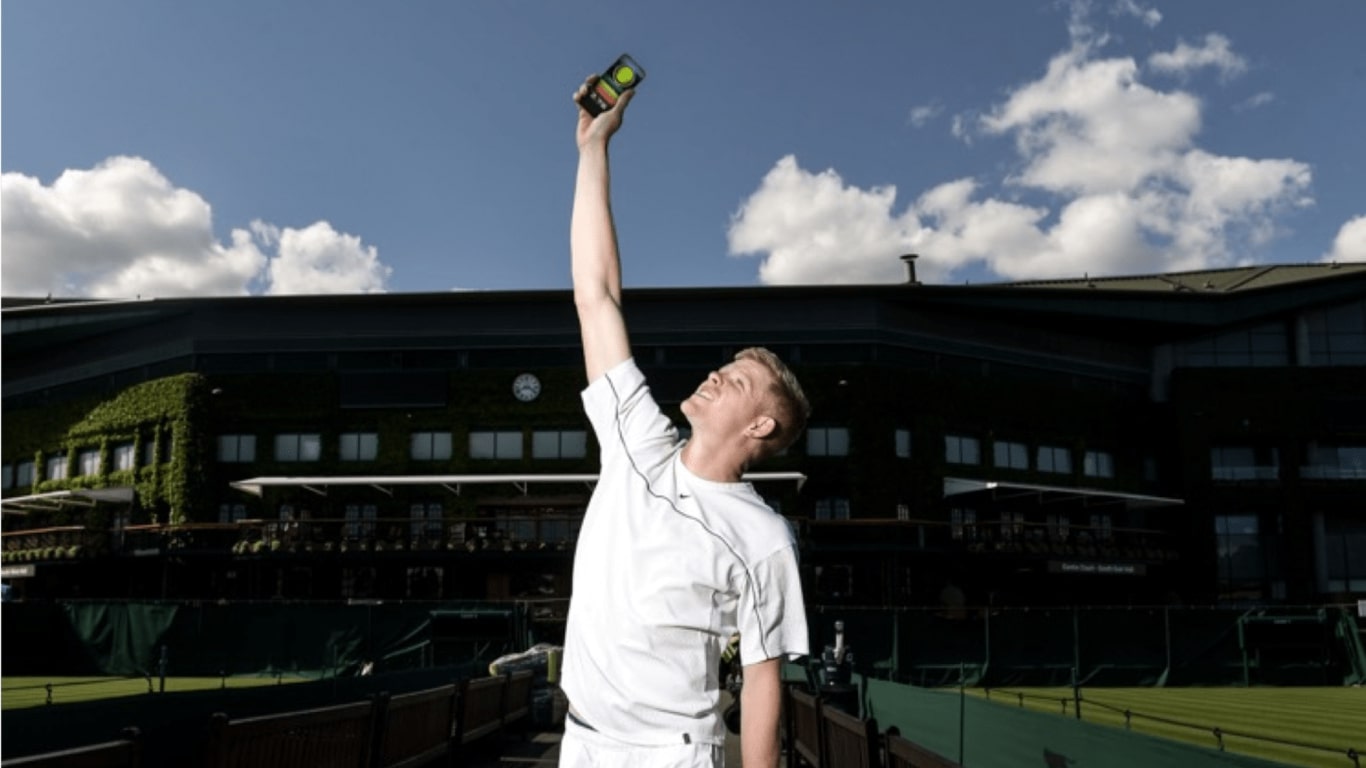 In readiness for Wimbledon 2019, Jaguar developed a new app for your phone that lets you measure how fast your tennis serve is. Winners get prizes, including the opportunity to compete at Wimbledon for real, along with tickets for matches. The Ace Pace app uses accelerometers, which means you have to swing your phone like a racket. That’d be an interesting call to your insurance company… 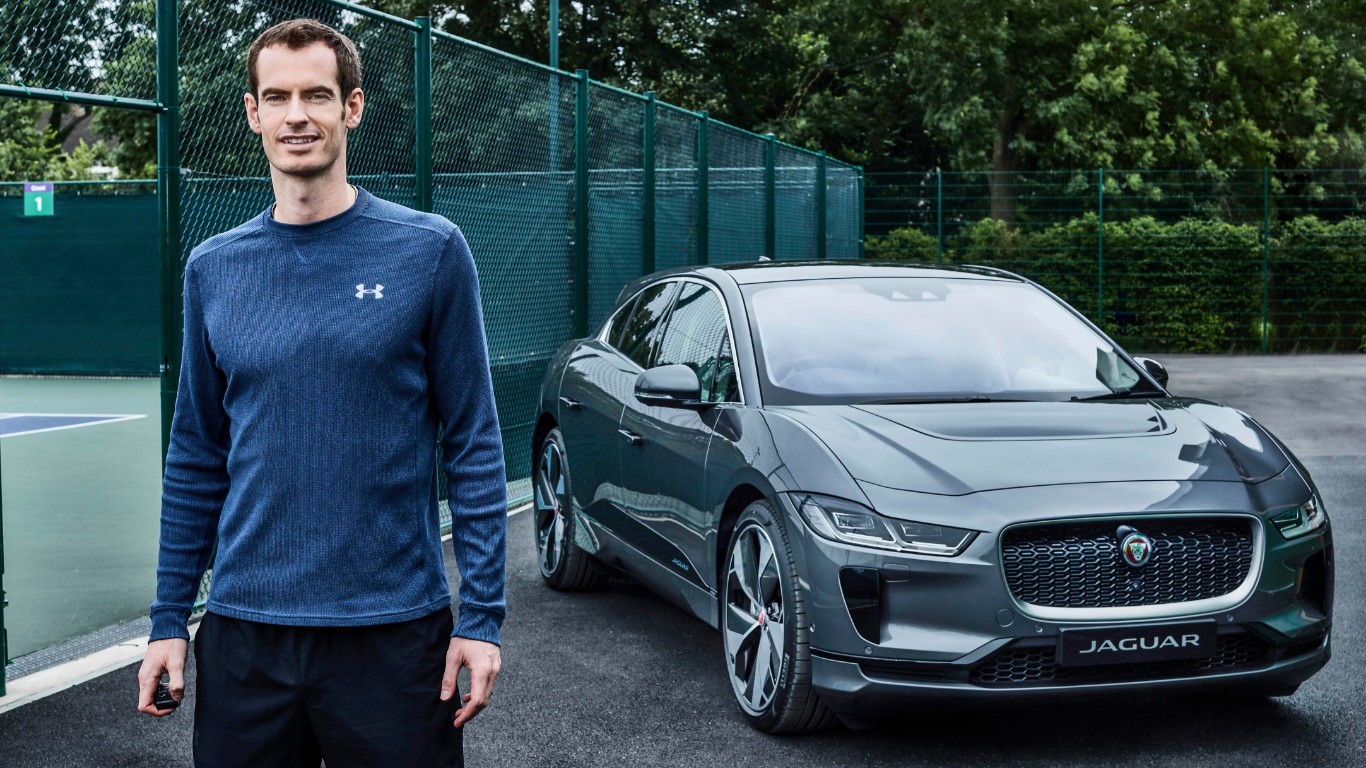 In June 2018, Andy Murray delivered on his promise to ‘go electric’ by taking delivery of a Jaguar I-Pace. It no doubt serves to keep the tennis star’s conscience clear, and Jaguar’s PR team happy. 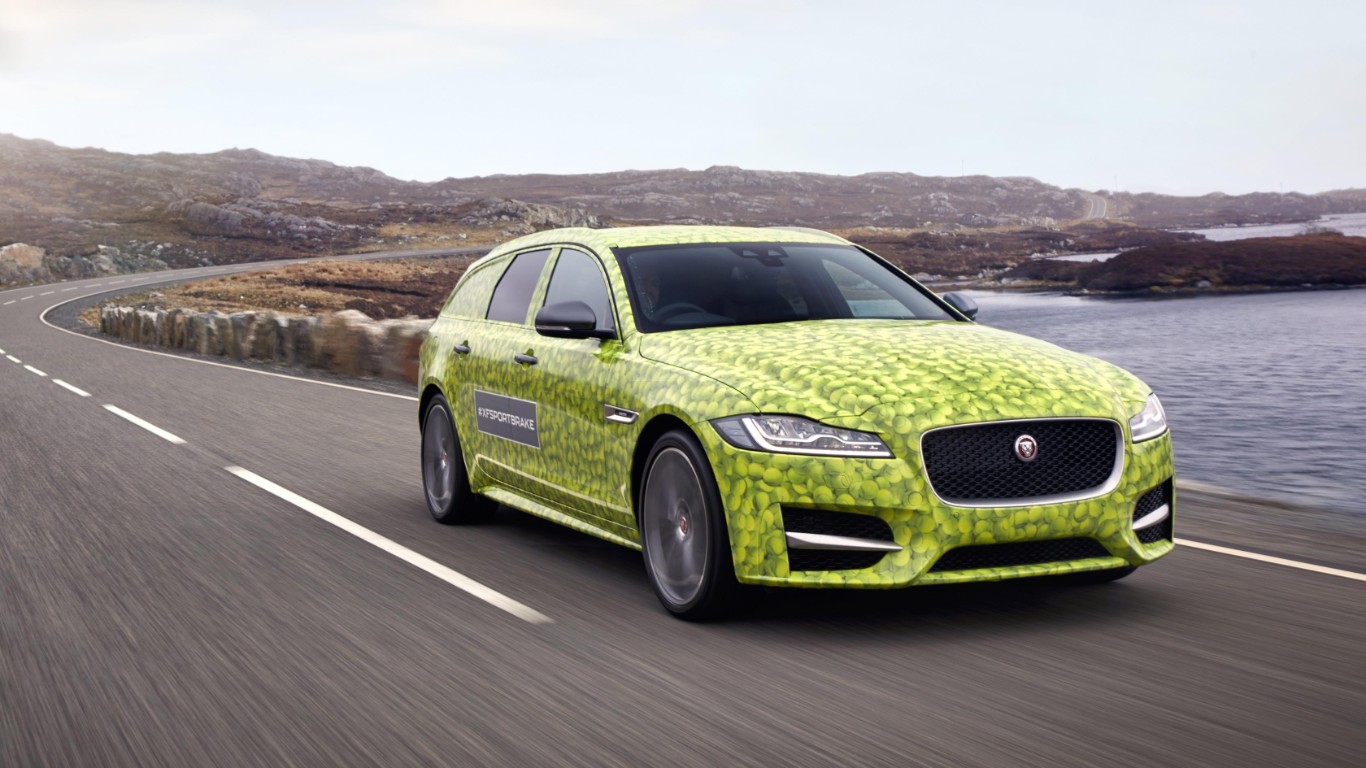 There’s no need to adjust your set, this Jaguar XF Sportbrake is indeed covered in a tennis ball camo wrap. It was part of a campaign culminating in the estate being unveiled by Andy Murray, before being sent on a nationwide tour with the Wimbledon trophy inside. “Letting go of the trophy will be difficult, but there’s no better vehicle than the Jaguar XF Sportbrake to take it on this UK tour,” said Murray (via the Jaguar press office). 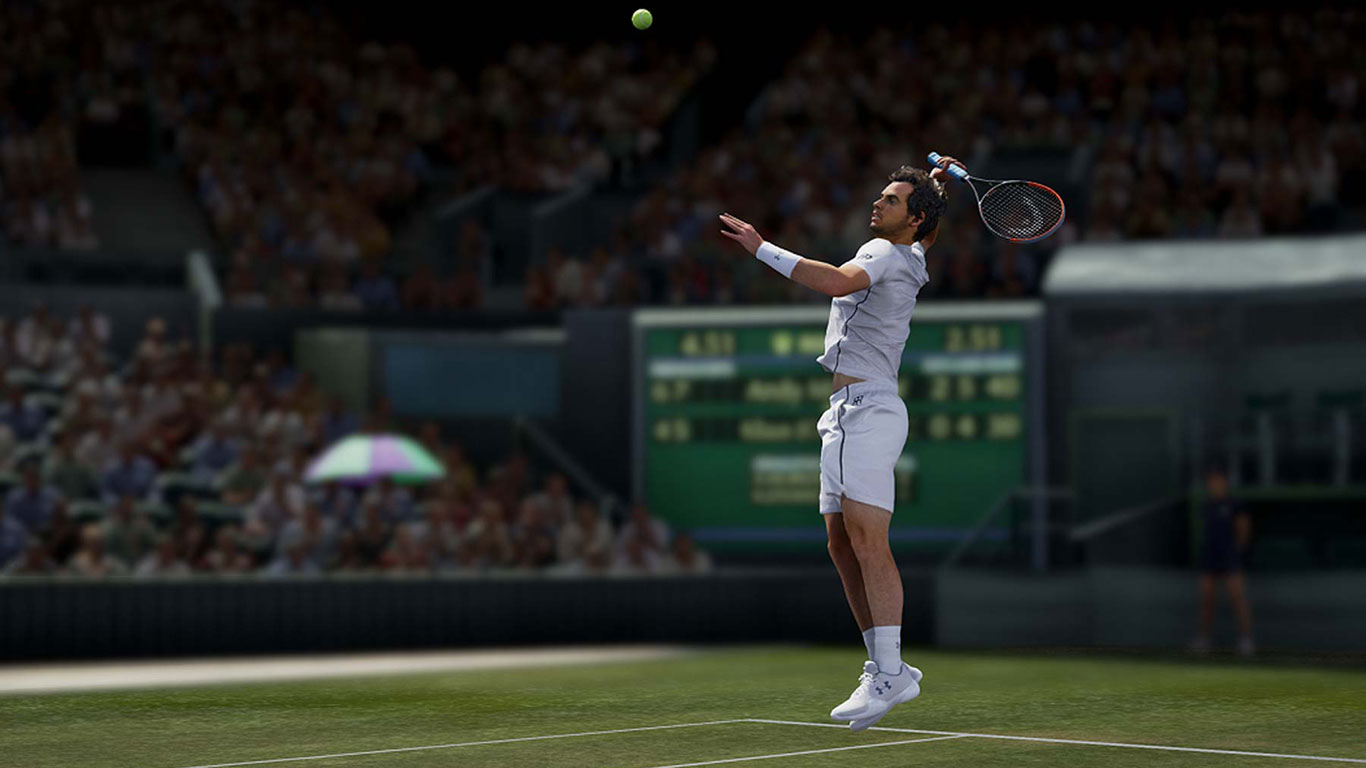 For 2016, Jaguar UK signed up Andy Murray as a brand ambassador to promote its #FeelWimbledon campaign, which involves a 360-degree virtual reality tour of Centre Court through the eyes of the British number one. Jaguar is also keen to point out that Murray owned an F-Type Coupe and had a new F-Pace  on order. 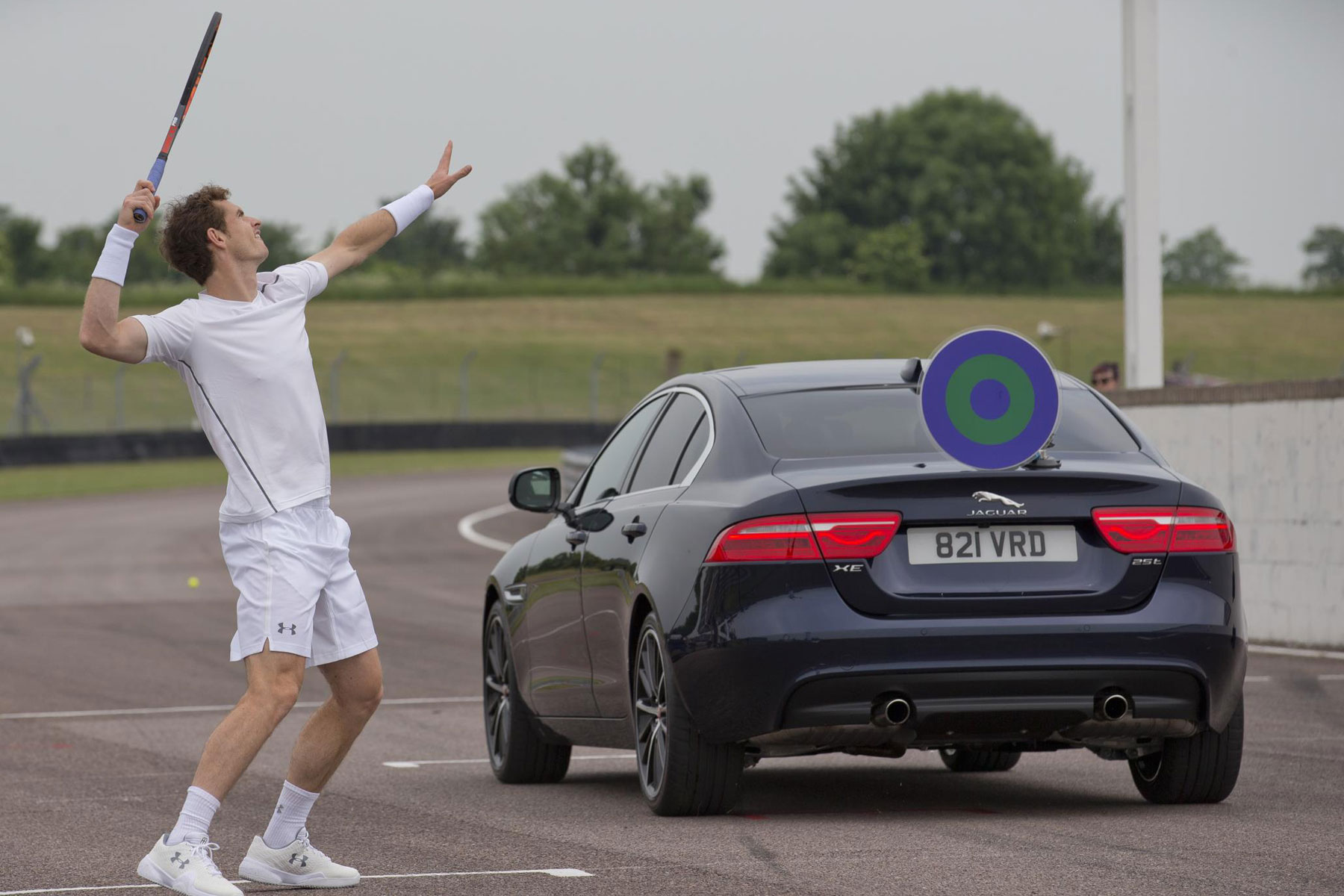 Keen to maximise the return on its investment, Jaguar sent Andy Murray to Thruxton and asked him to serve at a target mounted to the back of a Jaguar F-Type SVR (here, he’s getting his eye in with an XE). The Jaguar just happened to be driven by John McEnroe and Murray served an ace as the car sped past at 130mph. This must have been as strange for Murray as it was for us to write. 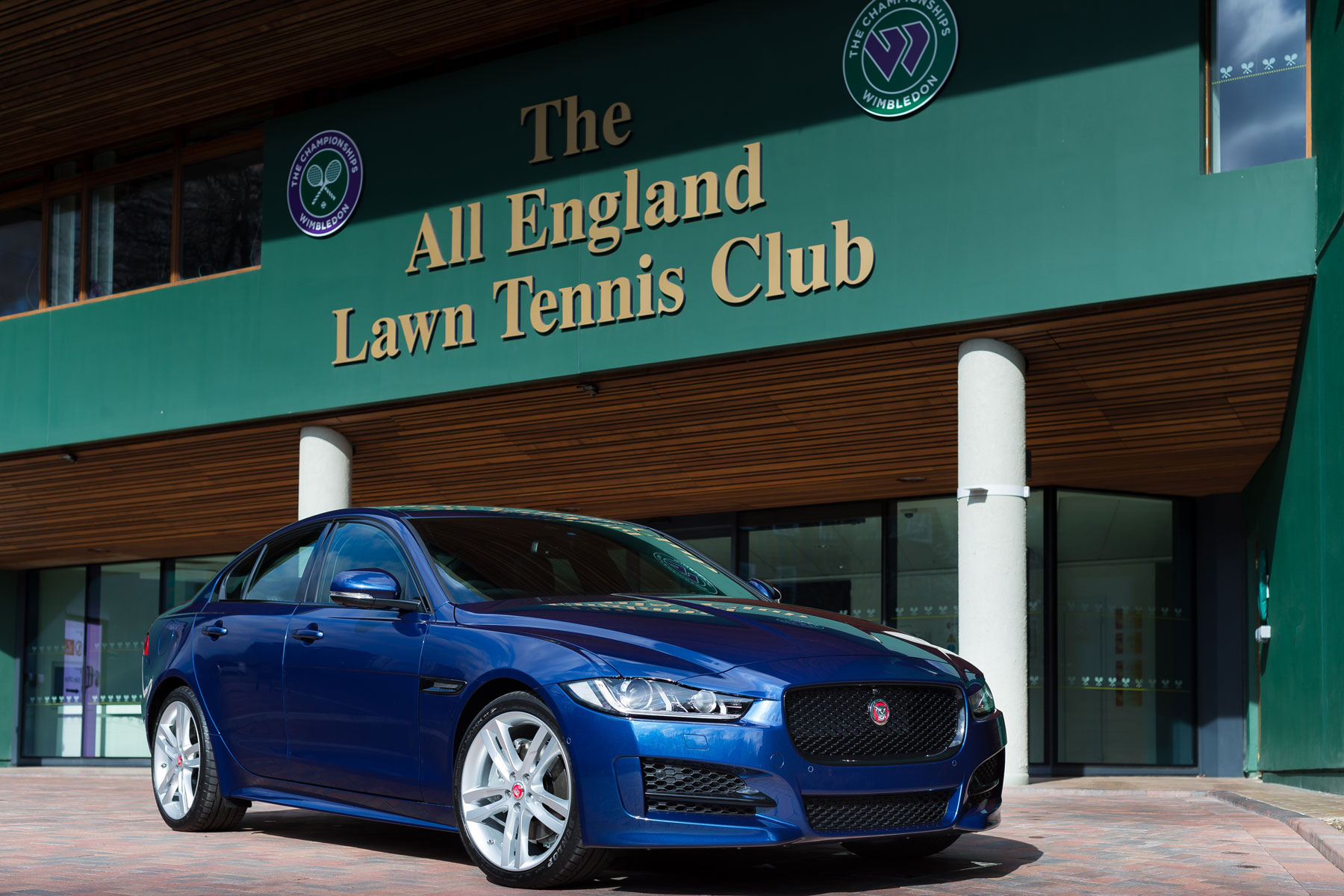 In 2015, Jaguar announced a five-year deal to become the official car partner to the All England Tennis Club for Wimbledon. As part of the agreement, Jaguar supplies 170 vehicles to the London venue throughout the two-week tournament. No wonder the traffic is so bad on the streets of Wimbledon.

Rolls-Royce and the Tennis Classic 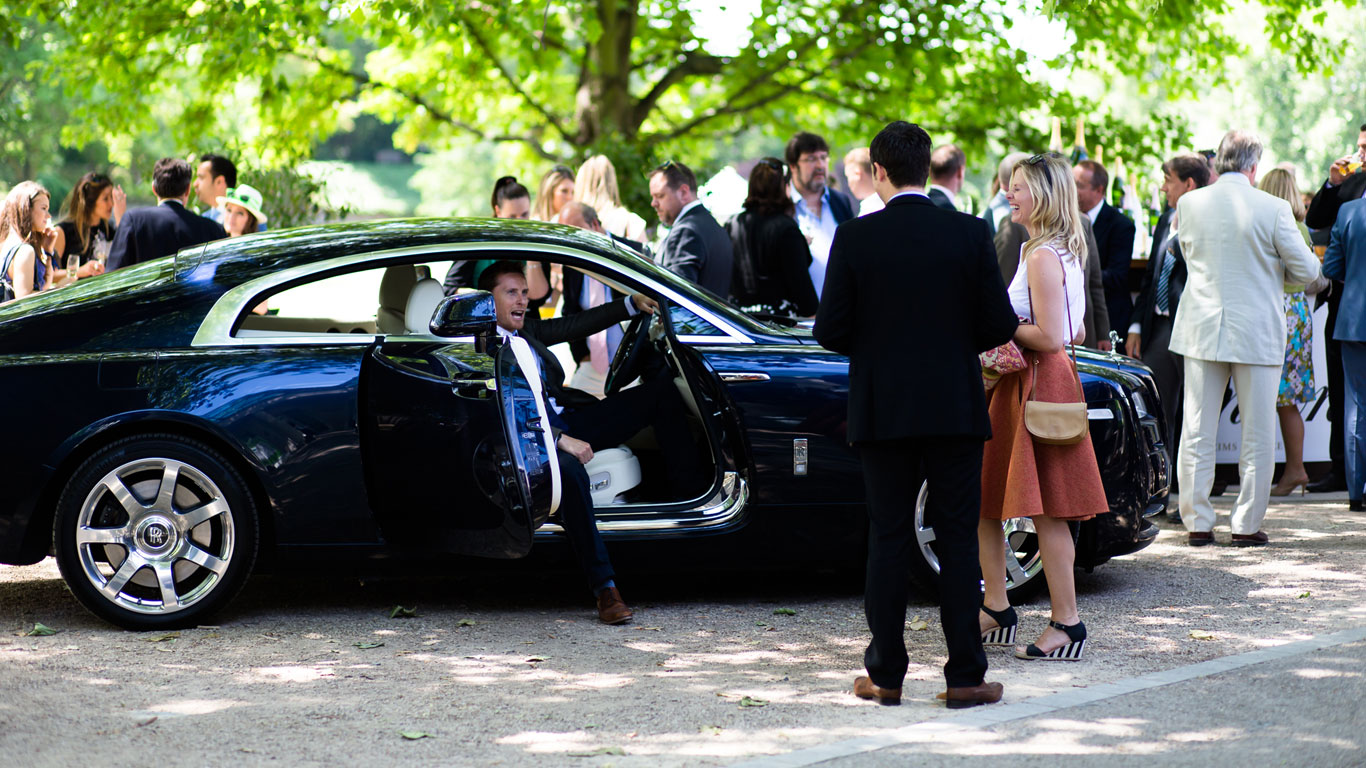 Away from Wimbledon, the stars at this year’s Tennis Classic at Hurlingham will be chauffeured around in a selection of Rolls-Royce models. The likes of Marin Cilic, David Ferrer and Richard Gasquet will escape the showers courtesy of a Phantom and a Ghost. At least they’ll have access to an umbrella. 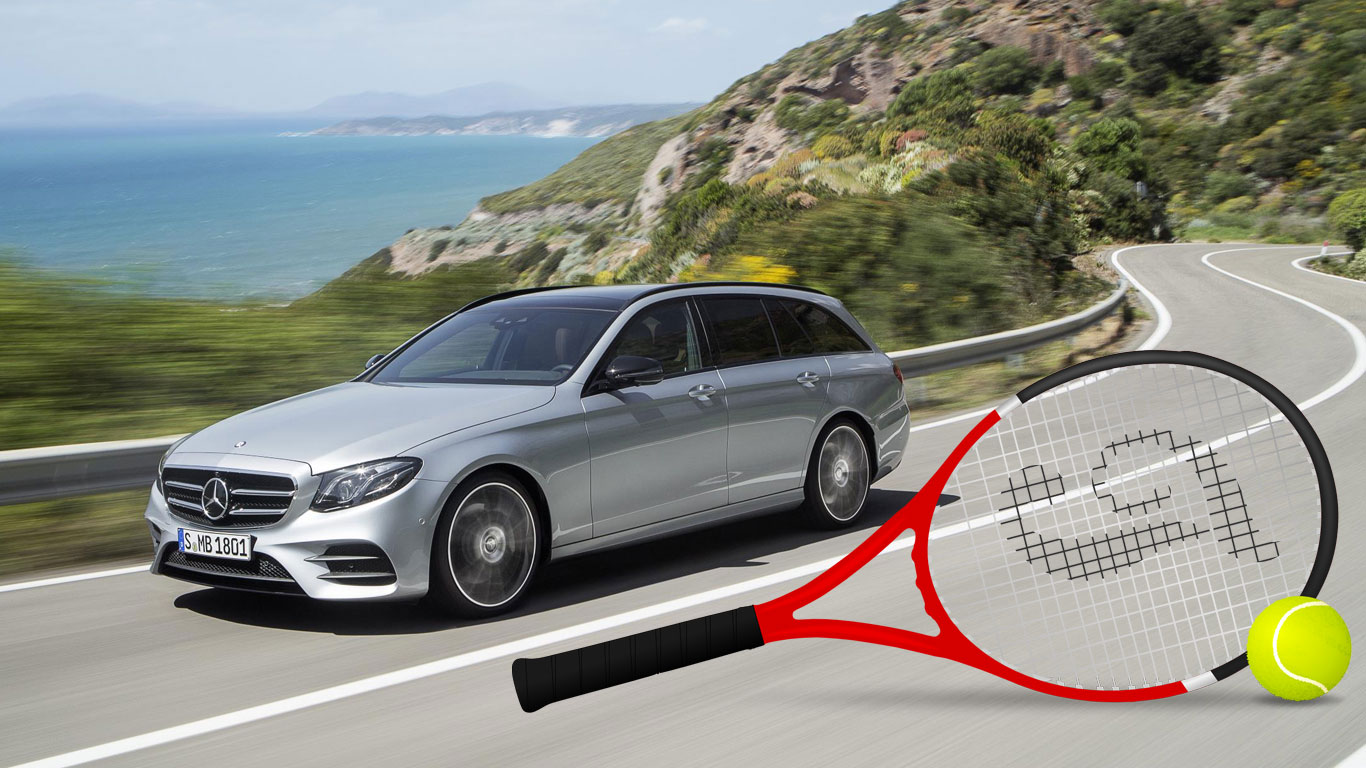 “The estate version of the new E-Class is all set to be served up at the MercedesCup tennis tournament in Stuttgart.” You serve up the tennis puns, Mercedes-Benz, we’ll volley them home. 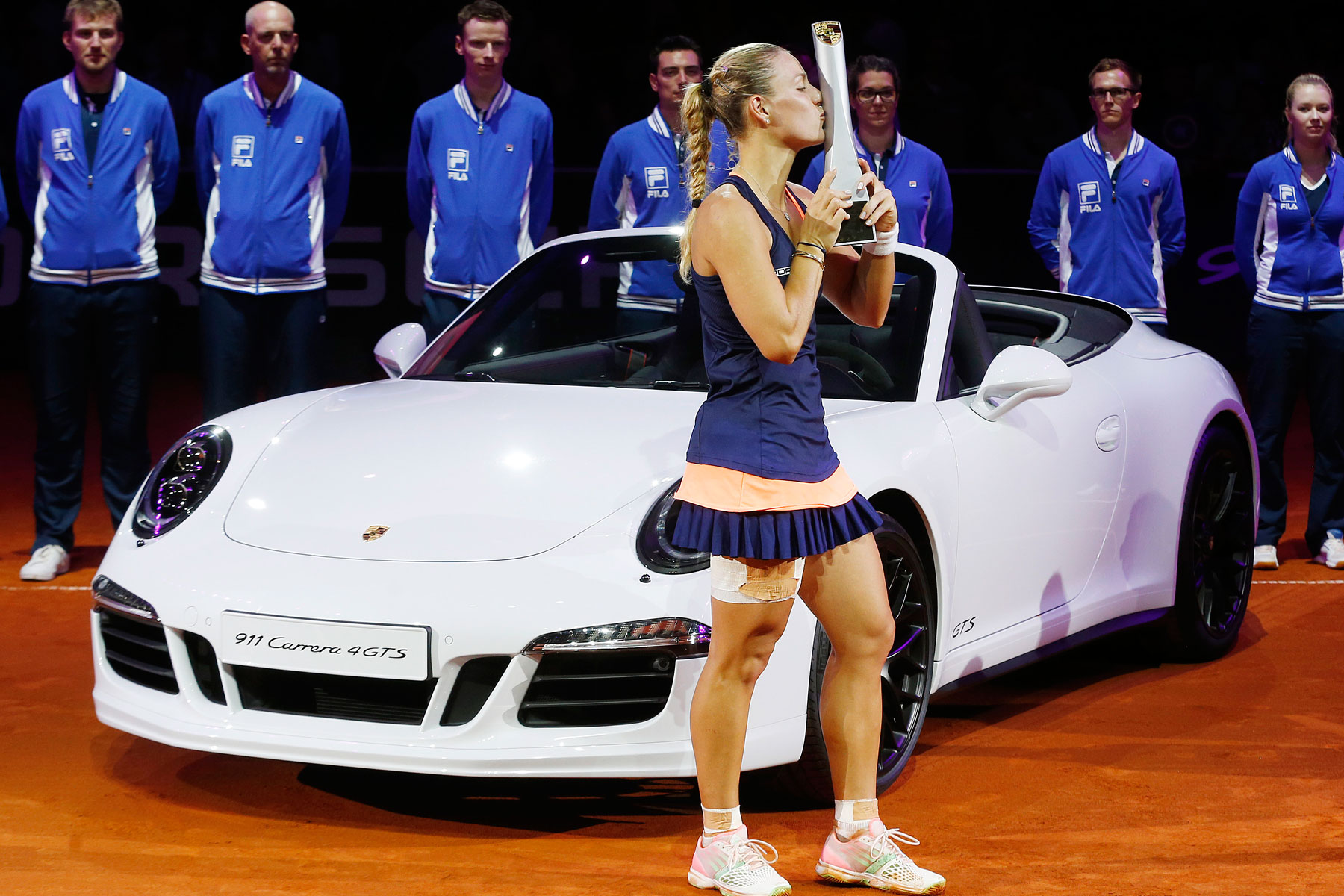 Andy Murray and his BMW i8 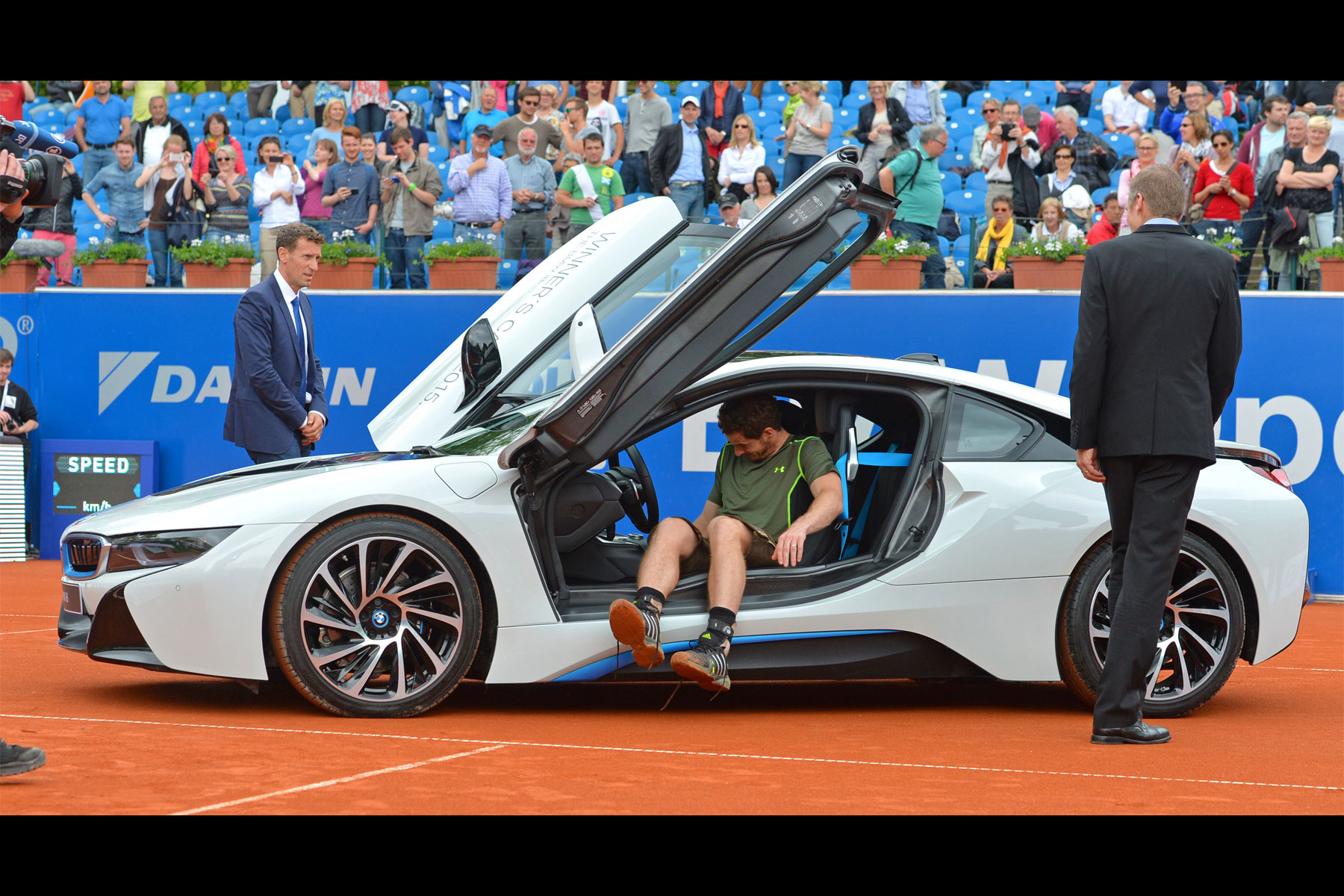 Meanwhile, over in Munich, Britain’s Andy Murray collected the keys to his new i8 electric supercar after winning the BMW Open tennis tournament. Looks like he’s struggling to get comfy. Probably a good idea if Murray doesn’t mention this car to Jaguar…

Lindsay Davenport and her Porsche 911 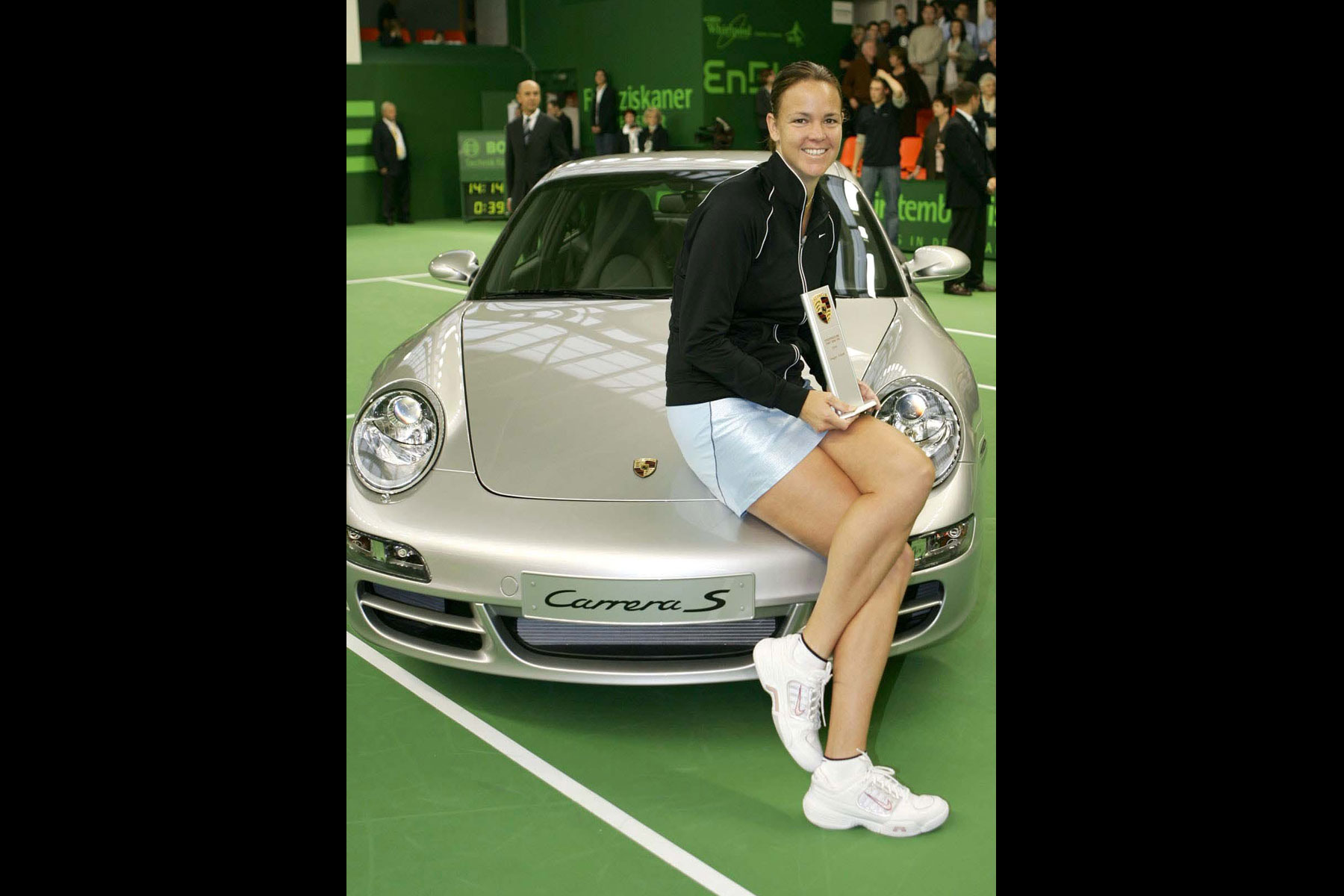 Tommy Haas and his BMW Z4 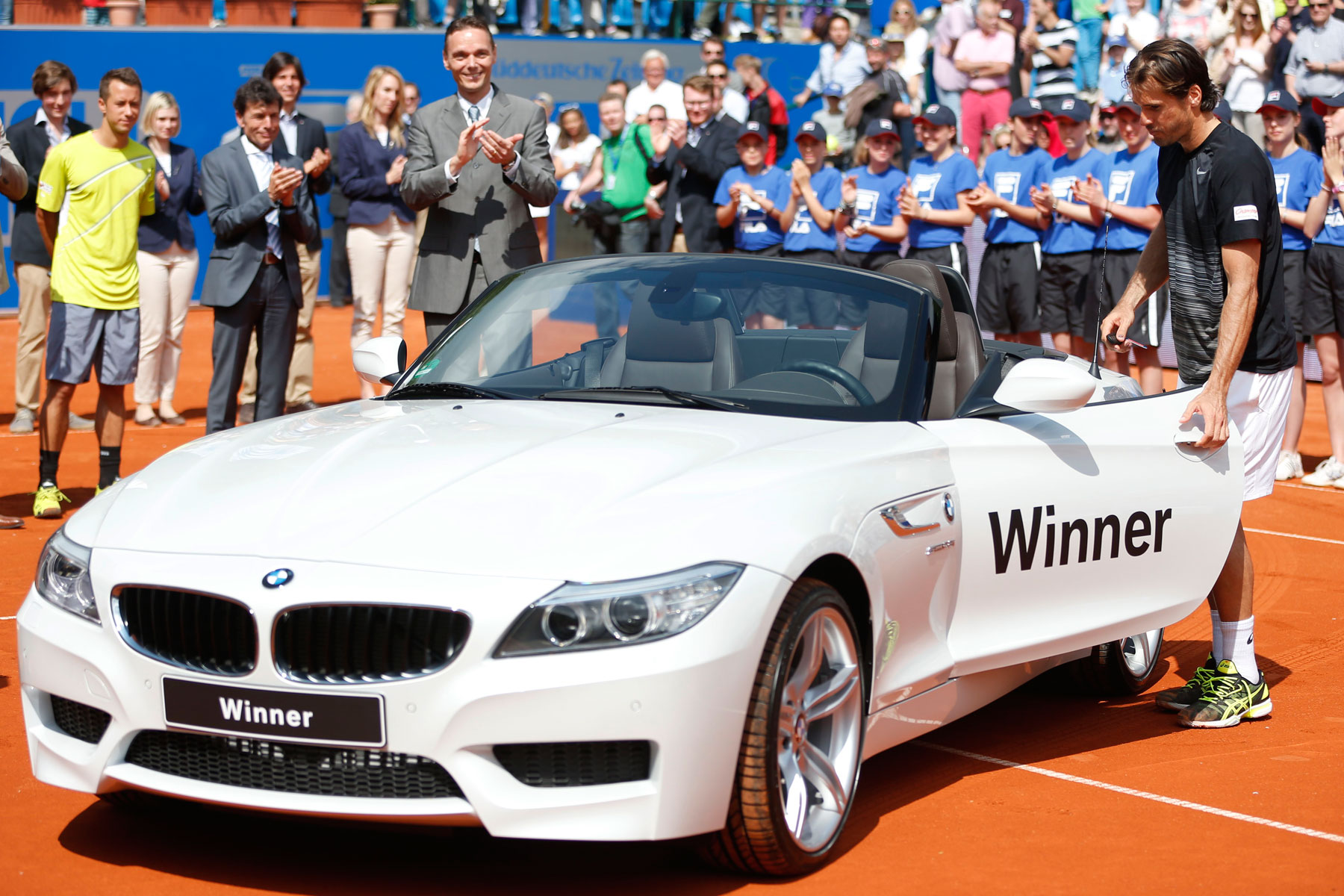 Meanwhile, in 2003, Tommy Haas drove home in a brand new BMW Z4 after beating Philipp Kohlschreiber in the final of the BMW Open tennis tournament in Munich. We won a few tennis tournaments at school, but we were never given a car as a prize. That’s probably because the tournaments were sponsored by the local double-glazing firm and not an international car company. Pictured is a later “Winner” Z4.

Wimbledon and parking in 1923 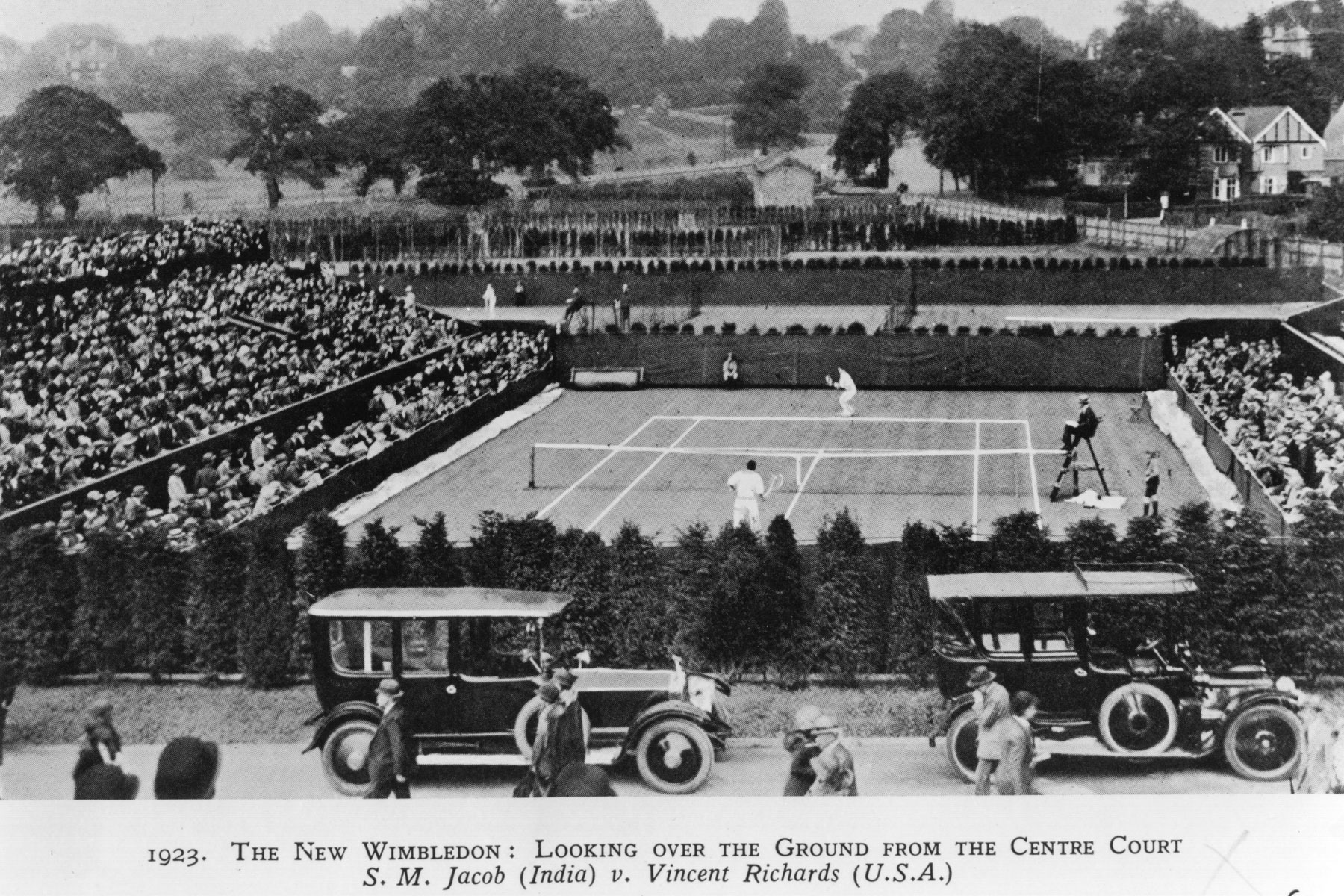 But enough of these lavish prizes and on to something more civilised. Wimbledon is of course the oldest tennis tournament in the world. The first championships were held in 1870 and the Olympics arrived in Wimbledon in 1908. The tournament moved to Church Road in 1922 and No.1 Court opened in 1924. Here we see the tennis courts in 1923. You probably had to be someone very special to park this close to the court.