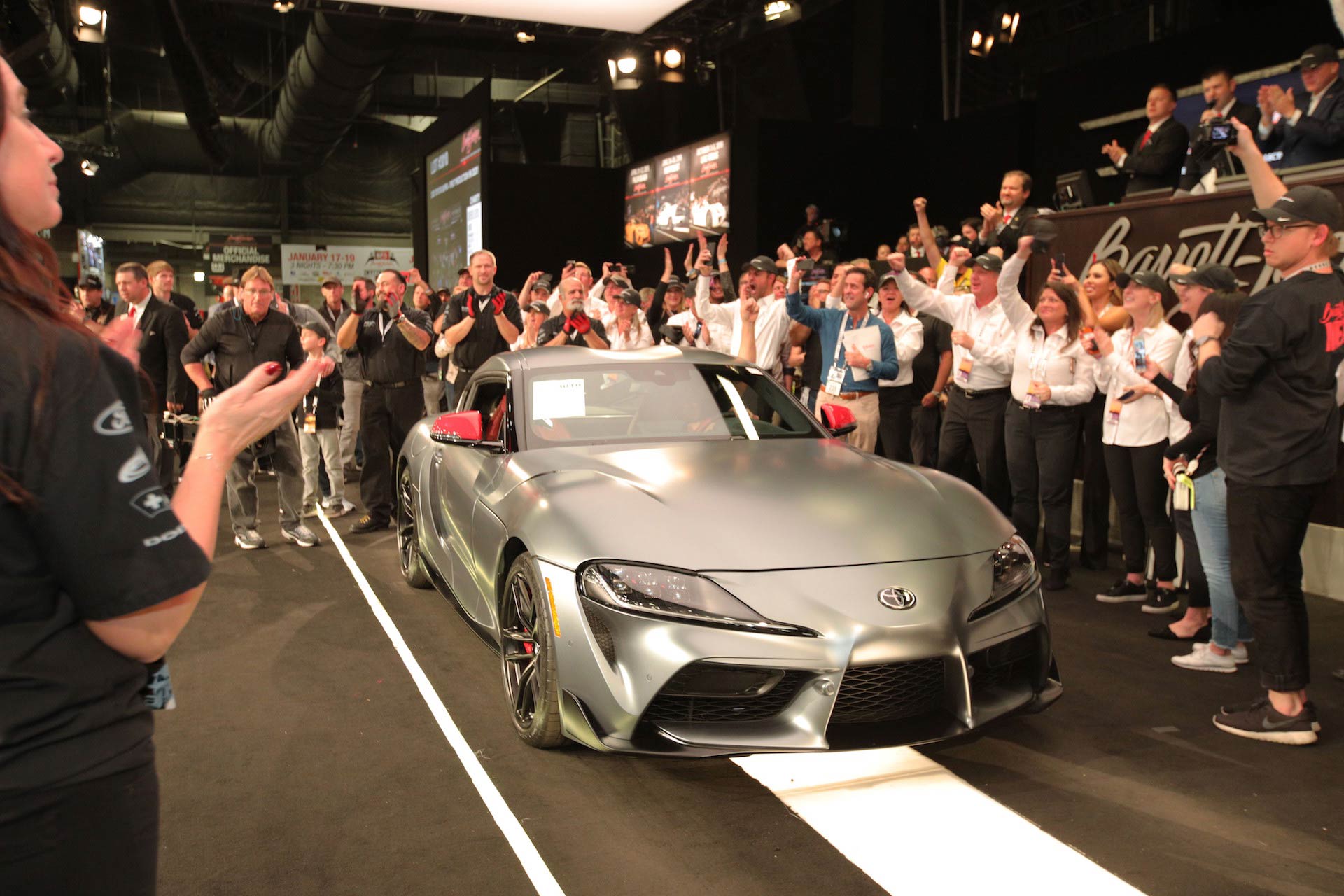 The brand-new A90 Toyota Supra has generated plenty of interest this week, but how much would you pay to own the very first example off the production line?

The huge amount paid for the first Supra was one of the highlights from the giant Barrett-Jackson Scottsdale sale in Arizona, which saw records broken and scores of special cars crossing the block on ‘Super Saturday’.

Doing it all for charity 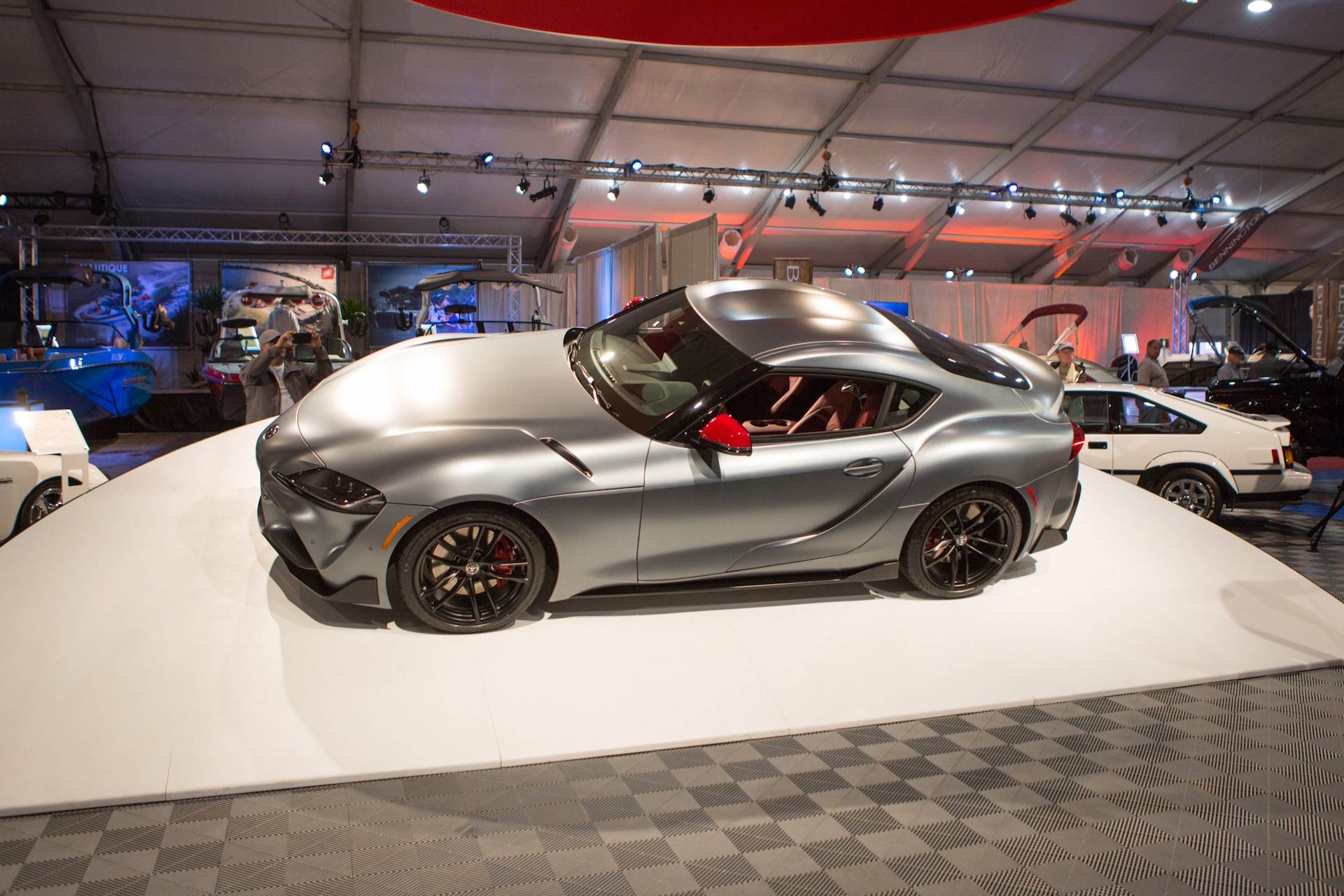 Helping raise the sale price of the first fifth-generation Supra was the fact all proceeds would be going to charity. Toyota North America had donated the specially created car, allowing all money to be split between the American Heart Association and Bob Woodruff Foundation.

The winning bidder was serial car-collector and philanthropist, John Staluppi. No stranger to Barrett-Jackson auctions, Staluppi sold 140 cars from his extensive collection at a Palm Beach sale in 2018. More than sufficient to fund the purchase of a very special Supra.

Finished in a unique matte paint, with red mirror caps, and matte black wheels, Supra ‘number 1’ will be like no other. Staluppi will also receive a custom-create race suit, a VIP track day experience, and the chance to drive a Toyota pace car at a NASCAR race. 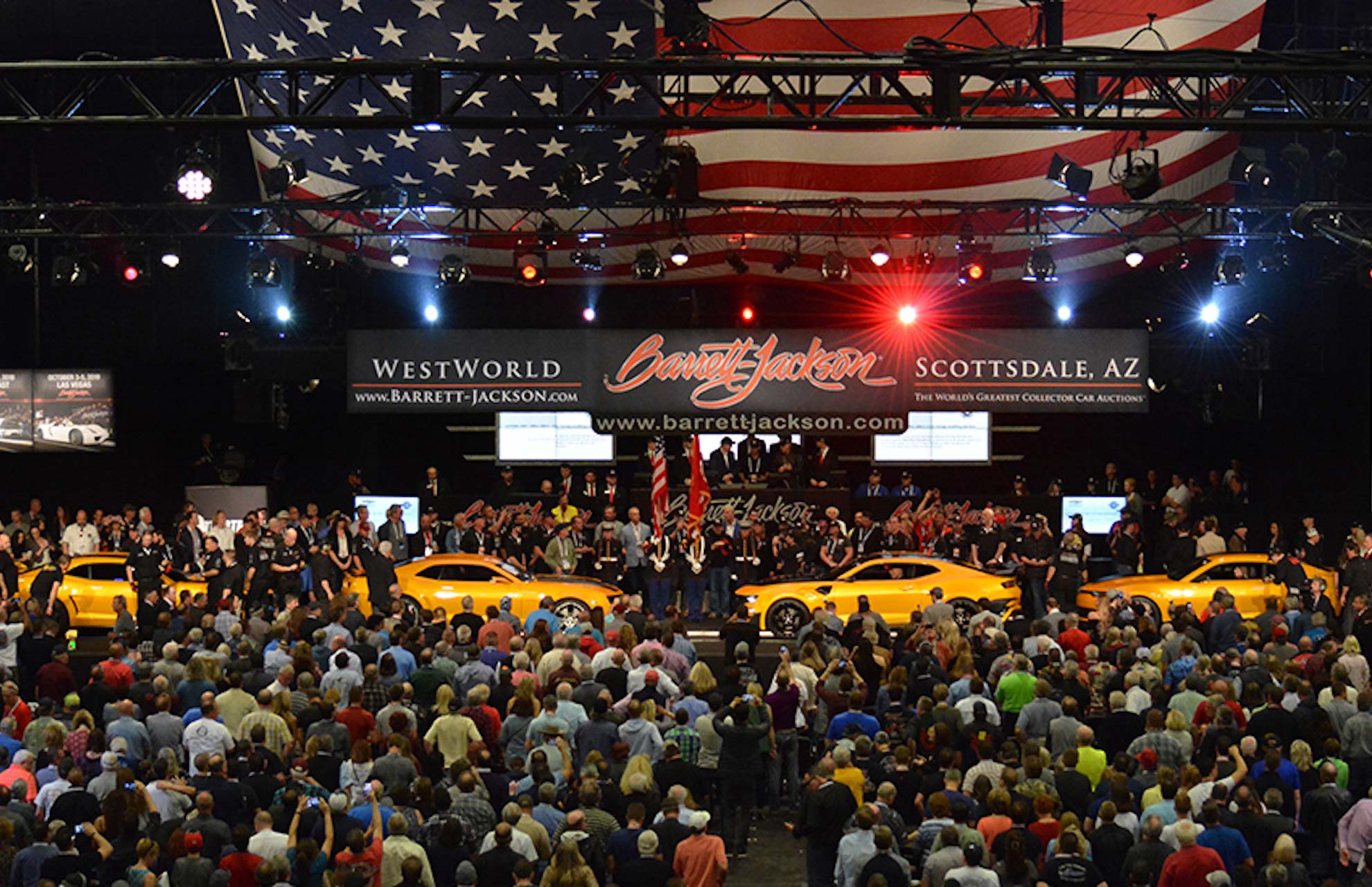 Despite the incredible price tag, the first A90 Supra was not the car making the biggest sale at the 2019 Scottsdale event.

That record was taken by another production line first – with $2.5 million (£1.94 million) paid for a 2019 Ford GT Heritage Edition wearing VIN 001. Motorsport magnate Rick Hendrick was the winning bidder, with all proceeds again going to help good causes.

More money was raised for charity, with $500,000 (£388,000) raised for the collection of four Bumblebee Chevrolet Camaros, as used in the Transformers movie franchise.