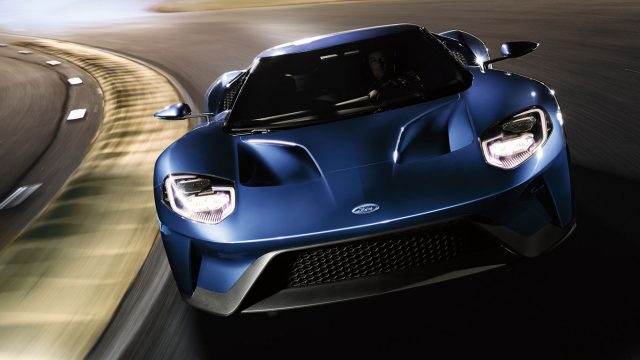 GT: two letters that mean so much in the car industry. The badge is primarily used to designate a grand tourer, but has been put to good use on mildly warm hatches or for when a GTi badge would promise something a car might not be able to deliver.

So, with the new Ford GT hitting the headlines, we trawled the archives in search of other famous GT cars. Note, this is a not an exhaustive list and we’ve steered clear of badge extensions, meaning you won’t find a GT-R, GTi, GTS or GTE here. 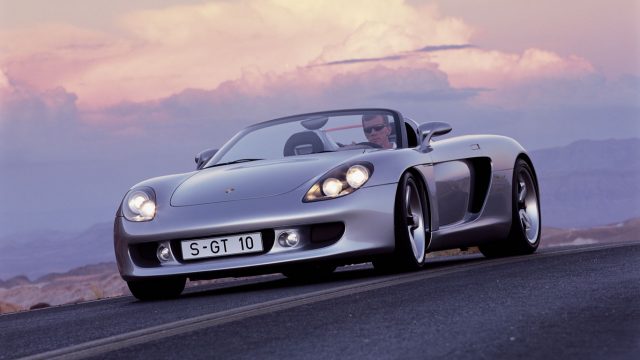 When production of the Carrera GT ceased in 2006, Porsche concluded – with a certain degree of bravado – that it was “ the most successful supercar in history”. Its point was that, at 1,270 units, more Carrera GTs rolled out of the Leipzig production facility than the McLaren F1, Ferrari Enzo and Pagani Zonda combined.

OK, so 605hp and a 0-62mph time of 3.9 seconds might not seem like a big deal in an age of the Dodge Demon, but it was the way in which the Carrera GT went about its business that made the difference. The race-honed V10 engine makes a noise rivalled only by Thor gargling on a single malt Scotch. 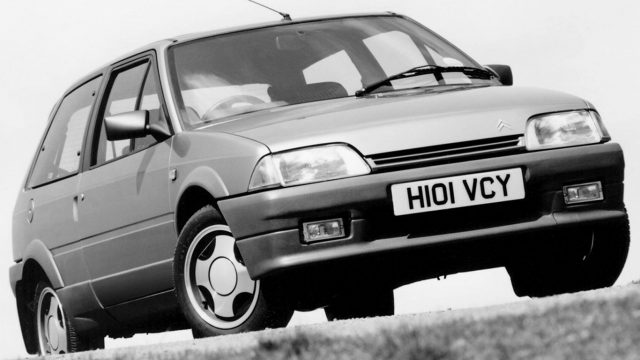 The Citroen AX GT is unlikely to win a game of Top Trumps, unless the chosen category is ‘lightness’ or ‘risk of death in the event of an accident’. But that doesn’t mean it’s not fit to wear the GT badge, because the featherlight Citroen was one of the most exciting cars of the late 80s and early 90s.

Power was sourced from a 1.4-litre engine developing just 86hp, but it was mated to a body that tipped the scales at a mere 722kg. It meant that the AX GT could punch well beyond its weight, especially on a twisty B-road, where it could hold its own against more illustrious competition. 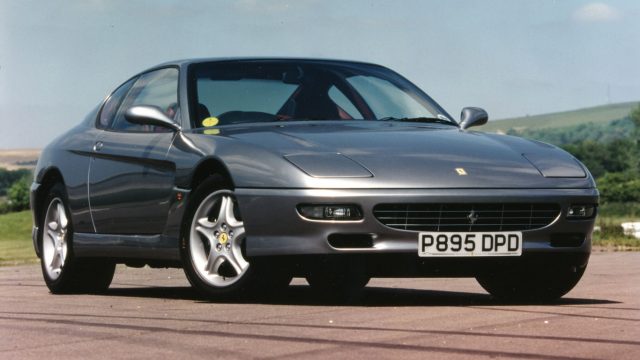 The GT badge is part of the furniture at Maranello, albeit more commonly with the addition of an extra letter. The 250 GTO, F355 GTS and 348 GTB are just three examples.

The 456 GT saw Ferrari return to the front-engine layout for the first time since the 365 GTB4 of 1968 and was, perhaps, one of the greatest grand tourers of the 1990s. A 2+2 coupe with the beating heart of a 5.4-litre 12-cylinder engine isn’t a bad form of transport for crossing a continent or two. 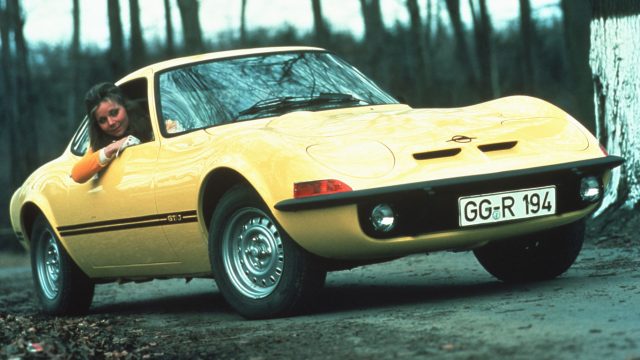 “Only flying is better,” proclaimed Opel when it launched the achingly beautiful GT. That it looked like a European Corvette was no accident, because the styling of contemporary Opel cars was heavily influenced by its American owners.

Underneath the GT you’d find the floorpan of a humble Kadett, while the fastback coupe body was built in France. The rotating headlights are superb, but although more than 100,000 GTs were built, none were right-hand drive. Shame. 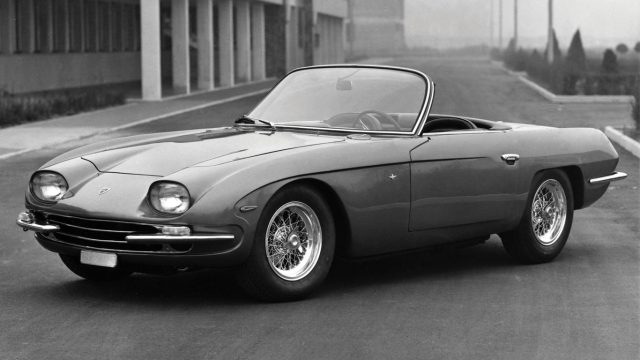 For Lamborghini, this was where it all began. The 350 GT was an evolution of the earlier 350 GTV and was the first Lamborghini to be mass-produced. If Ferruccio Lamborghini’s sole aim was to stick a metaphorical two fingers up at Ferrari, he well and truly succeeded.

Carrozzeria Touring built 120 units, the majority of which were powered by a 3.5-litre 12-cylinder engine. Two Spyder versions were also built by the famous Italian coachbuilder. A 400 GT followed in 1966 and was the first proper 2+2 four-seat Lamborghini. 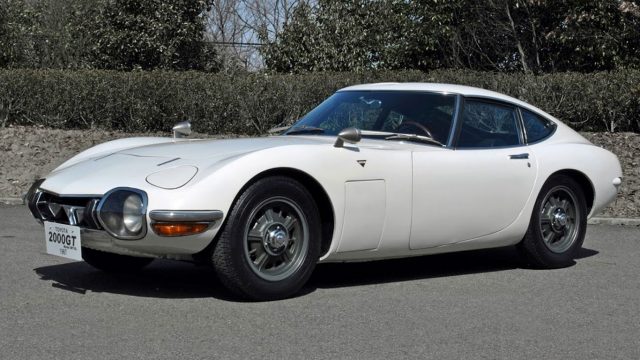 Is this the most beautiful car to emerge from Japan? You’d struggle to find anything better than the Toyota 2000GT, which was completed in prototype form by Yamaha in 1965. With Japan’s wealthy elite quick to open their wallets – shouting the equivalent of “take my money” – Toyota got involved with the next stage of development.

Yamaha was entrusted to tackle the production, with the first of these hand-built supercars arriving in 1967. Two open-top versions were created for use in the Bond movie, You Only Live Twice. 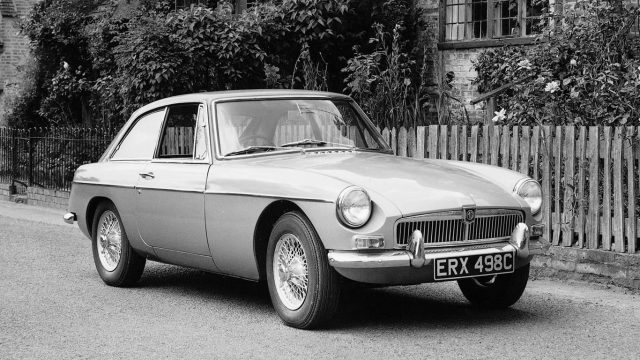 The MGB was launched in 1962, but the Pininfarina-penned GT fastback wouldn’t arrive in 1965. It retained all of the handling characteristics of the roadster, with a raised windscreen height ensuring there was ample room in the cabin, at least in the front.

The MGB GT V8 arrived in 1973, right in the midst of the energy crisis. Timing is everything. 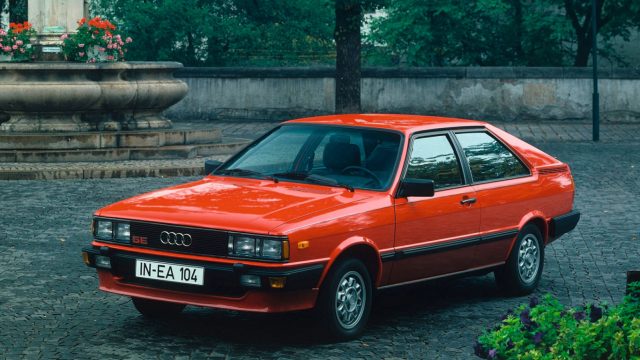 The common or garden Audi Coupe arrived six months after the launch of the iconic Quattro and offered some of the styling for much less cash. OK, so the wide arches and ‘bahnstorming’ performance were absent, but the Coupe managed to cut a mean figure on the Audi forecourts of the land.

Select a Coupe GT with a five-cylinder engine and you could at least pretend to be Hannu Mikkola or Michele Mouton as you made your way home from the office. 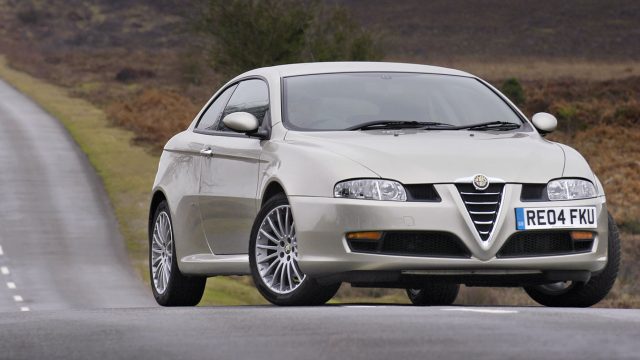 It’s a modern Alfa Romeo, so you know you’ll have to make one or two sacrifices in order to live with the GT, but it’d be worth it just to stare at it on your driveway.

When powered by the 3.2-litre V6 engine, the Alfa GT is more than capable of living up to the promise of both badges. A proper Alfa and a proper GT. 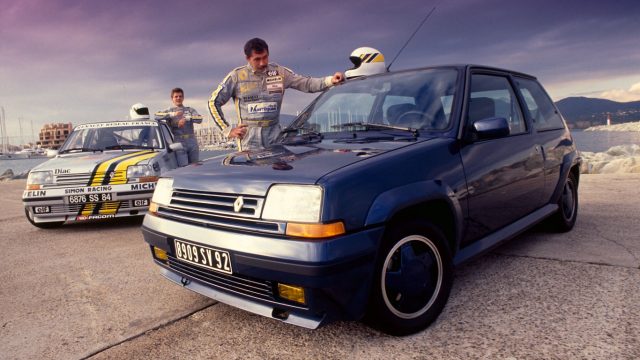 The Renault 5 GT Turbo was a true hot hatch hero of the 1980s, able to hold its own against the might of the 205 GTi and Golf GTi. Key to its brilliance – aside from the turbocharged engine – was its lightness, with the GT Turbo tipping the scales at just 850kg.

Today, Renault uses the GT badge to denote its flagship models, as demonstrated by the Megane and Twingo. In truth, they can’t hold a candle to the French GTs of yesteryear.