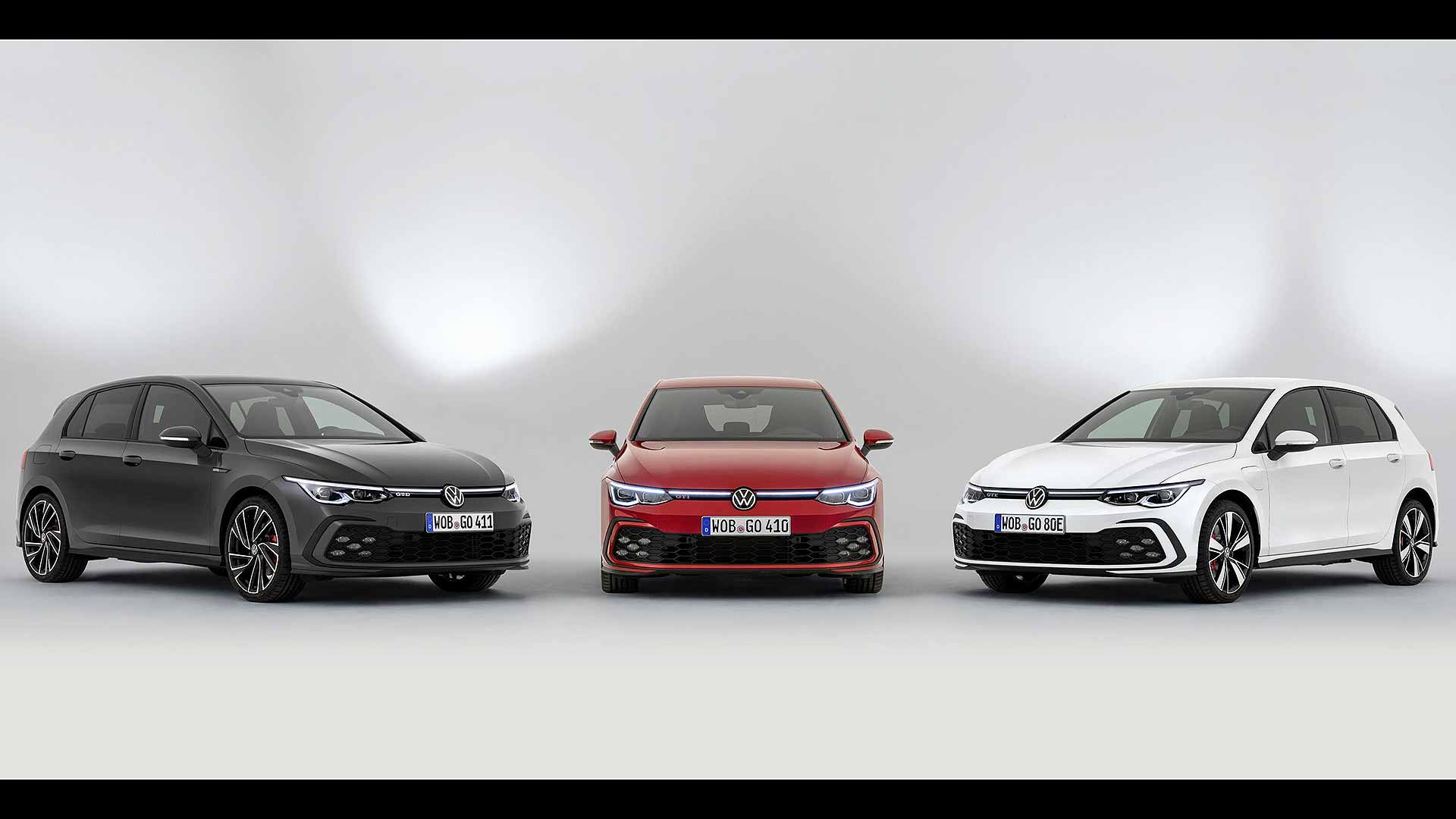 The Volkswagen Golf GTI has been revealed in eighth generation form – along with two siblings, the hybrid Golf GTE and diesel Golf GTD.

In revealing all three at once, Volkswagen aims to future-proof the hot Golf line from launch. Customers can choose which flavour of fuel best suits their performance Golf. So what is the choice on offer?

Visually, the three hot Golfs are closer than ever. The GTI, GTE and GTD badges all share the same typeface, and are all in the same place. It’s the colour ID that differs: red for GTI… 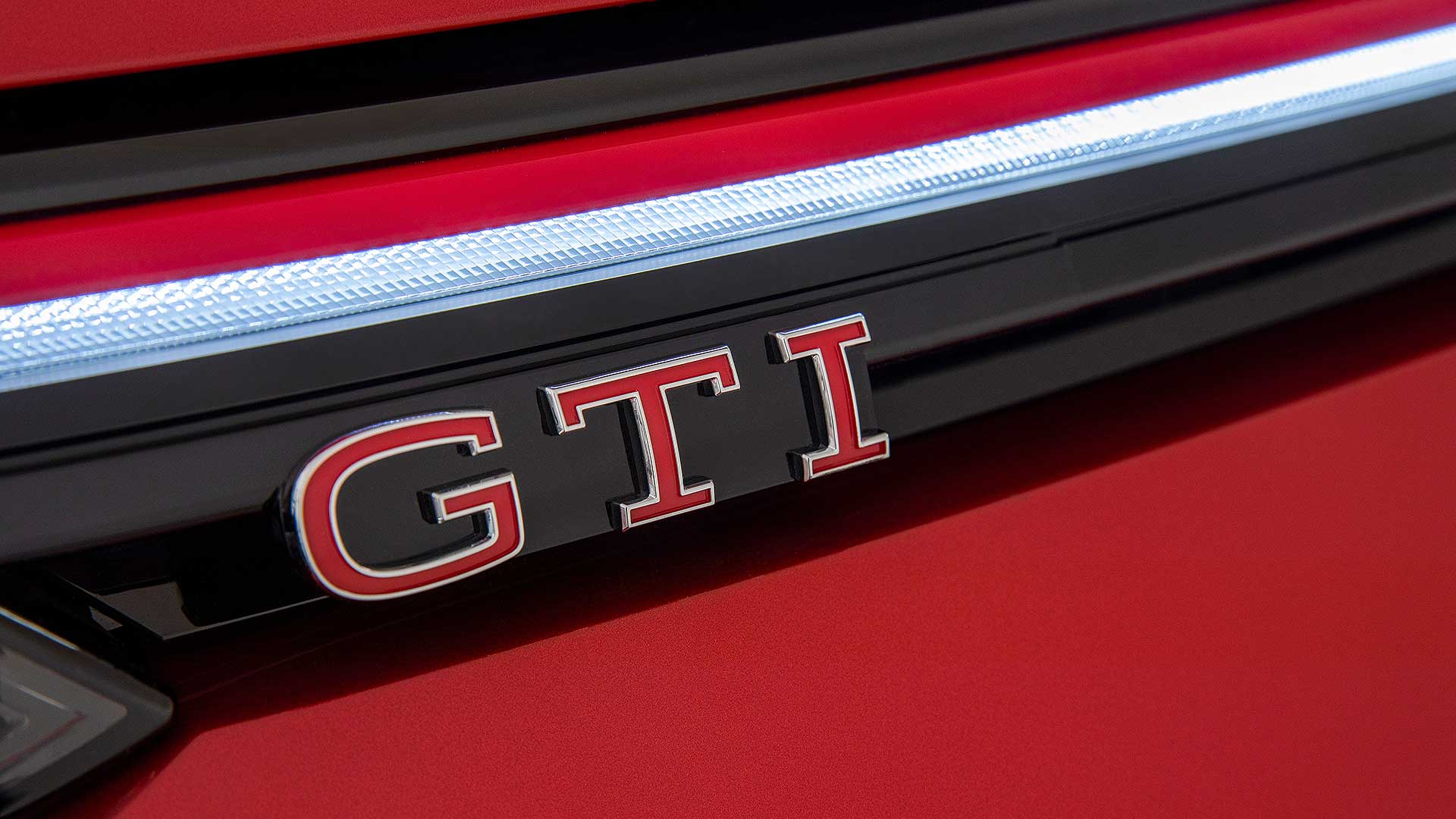 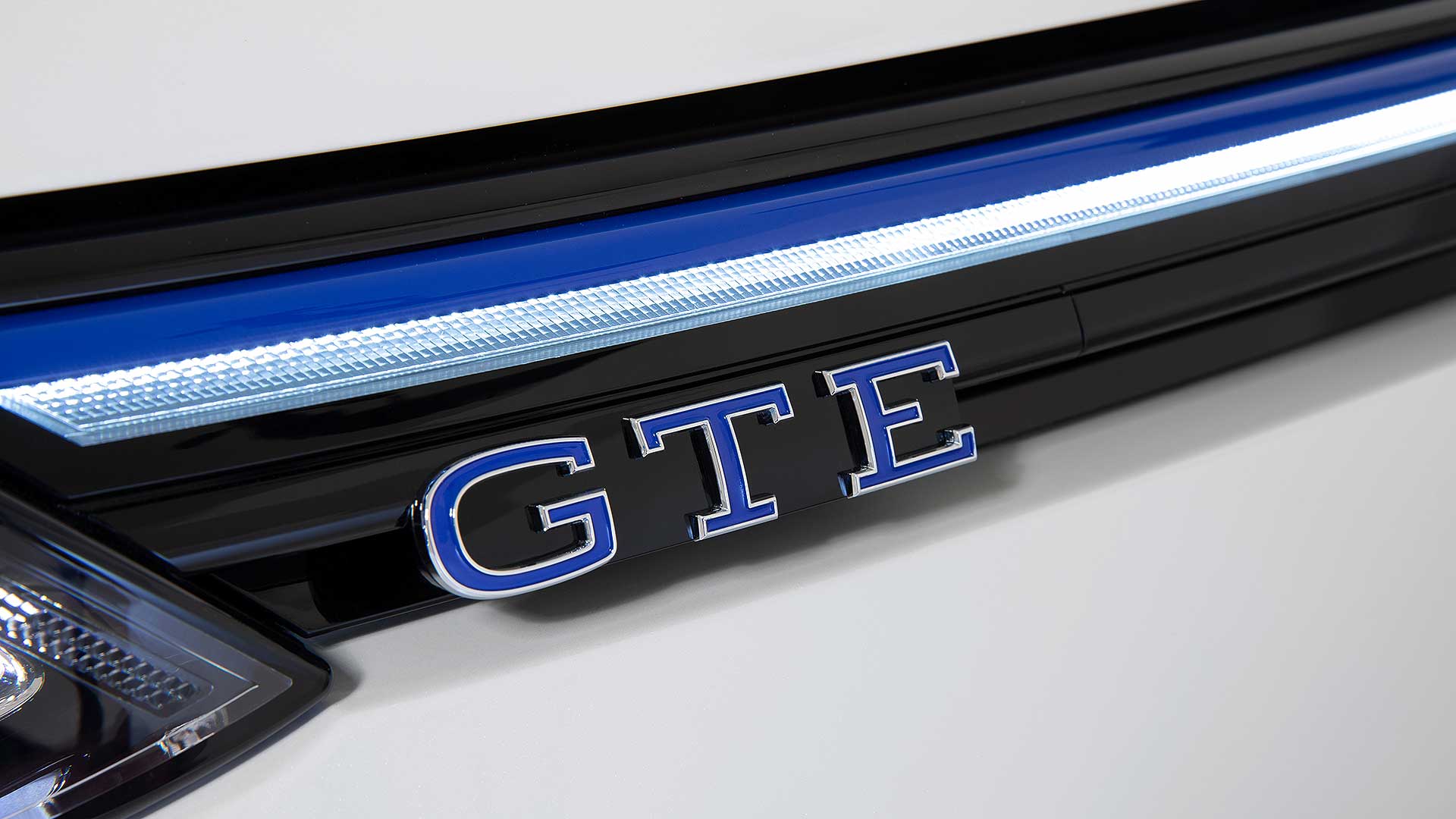 … and silver-grey for GTD. 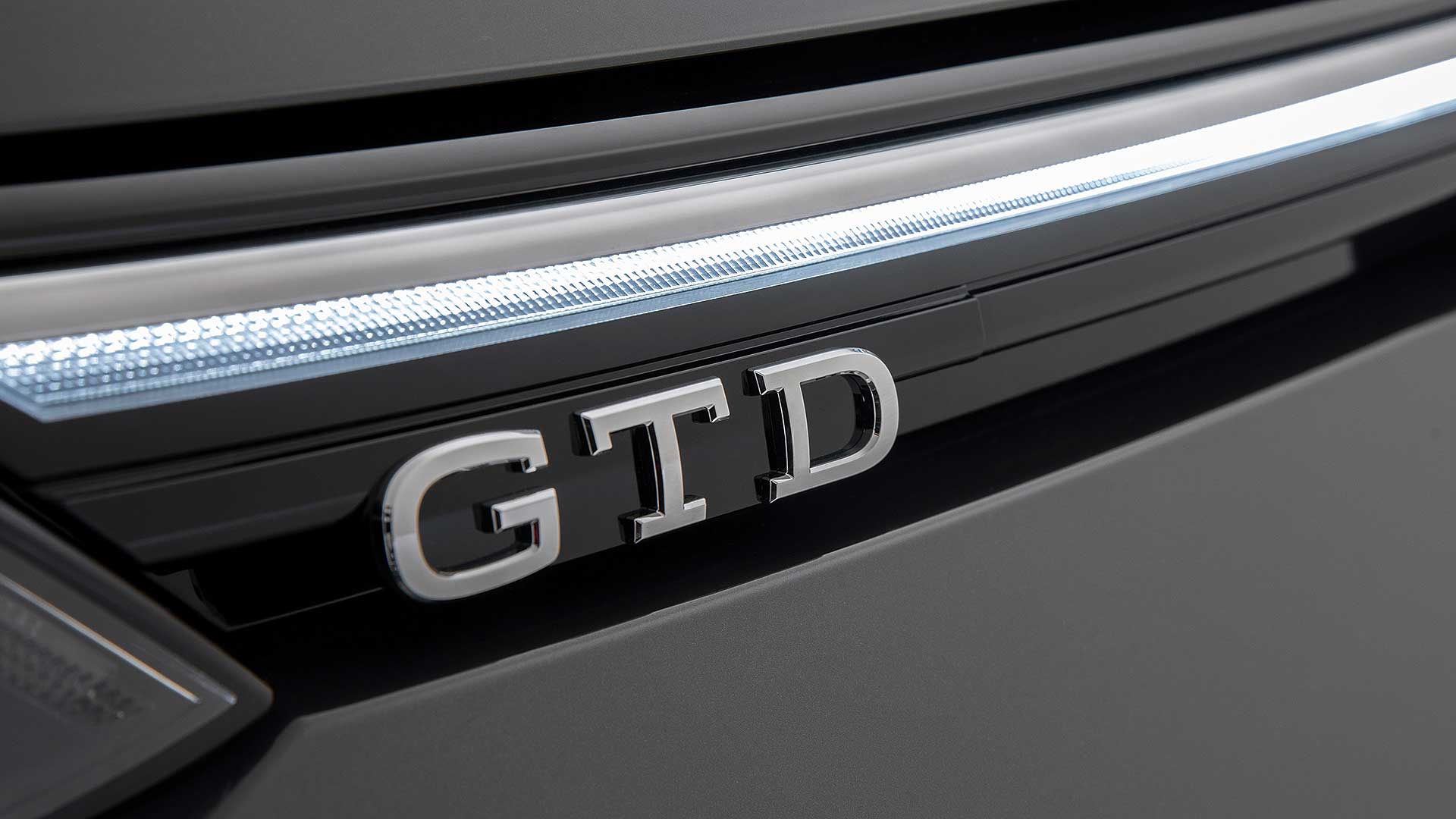 This carries across to the tartan seat trim (officially called Scalepaper) inside. Here’s the GTI… 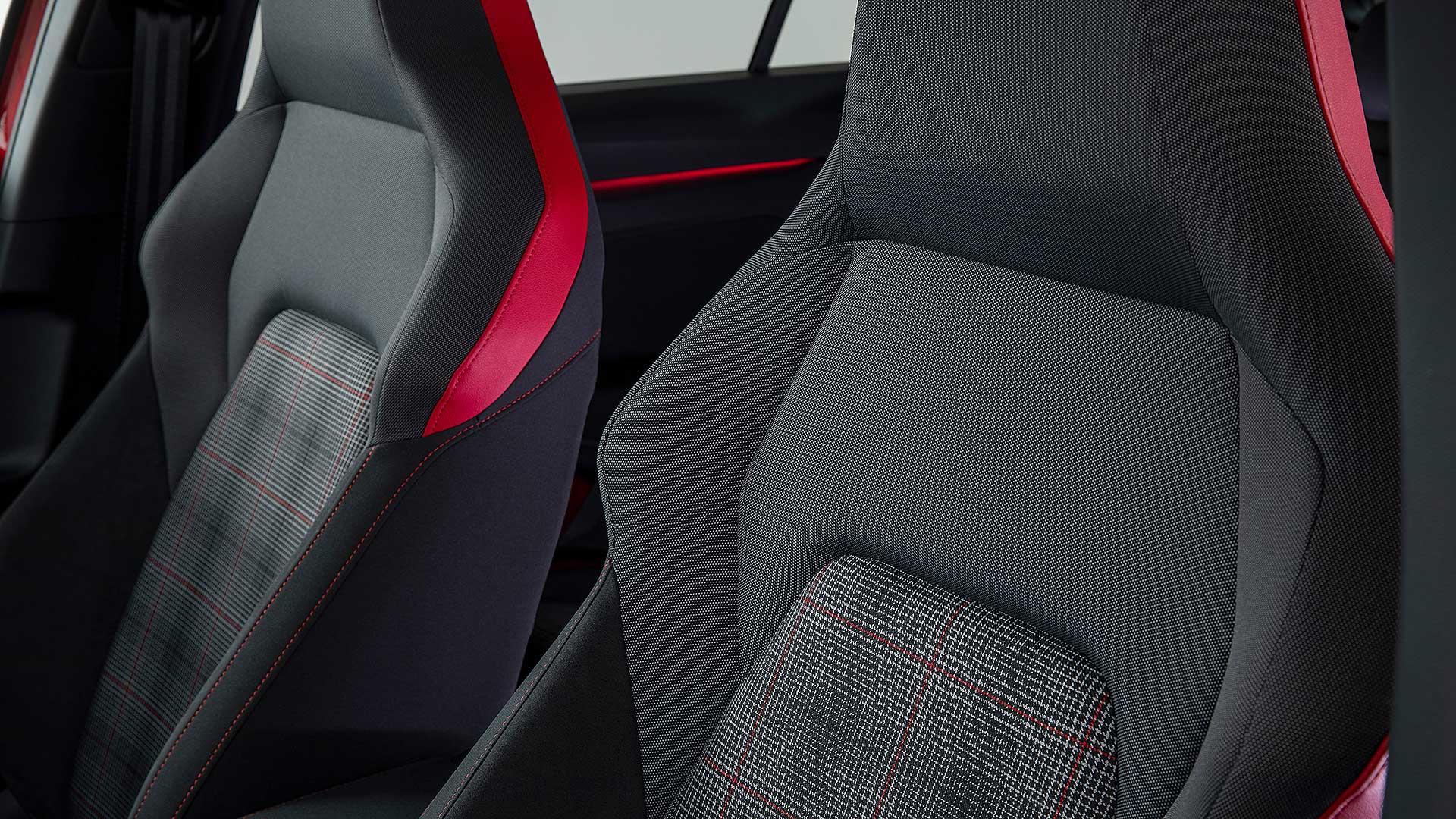 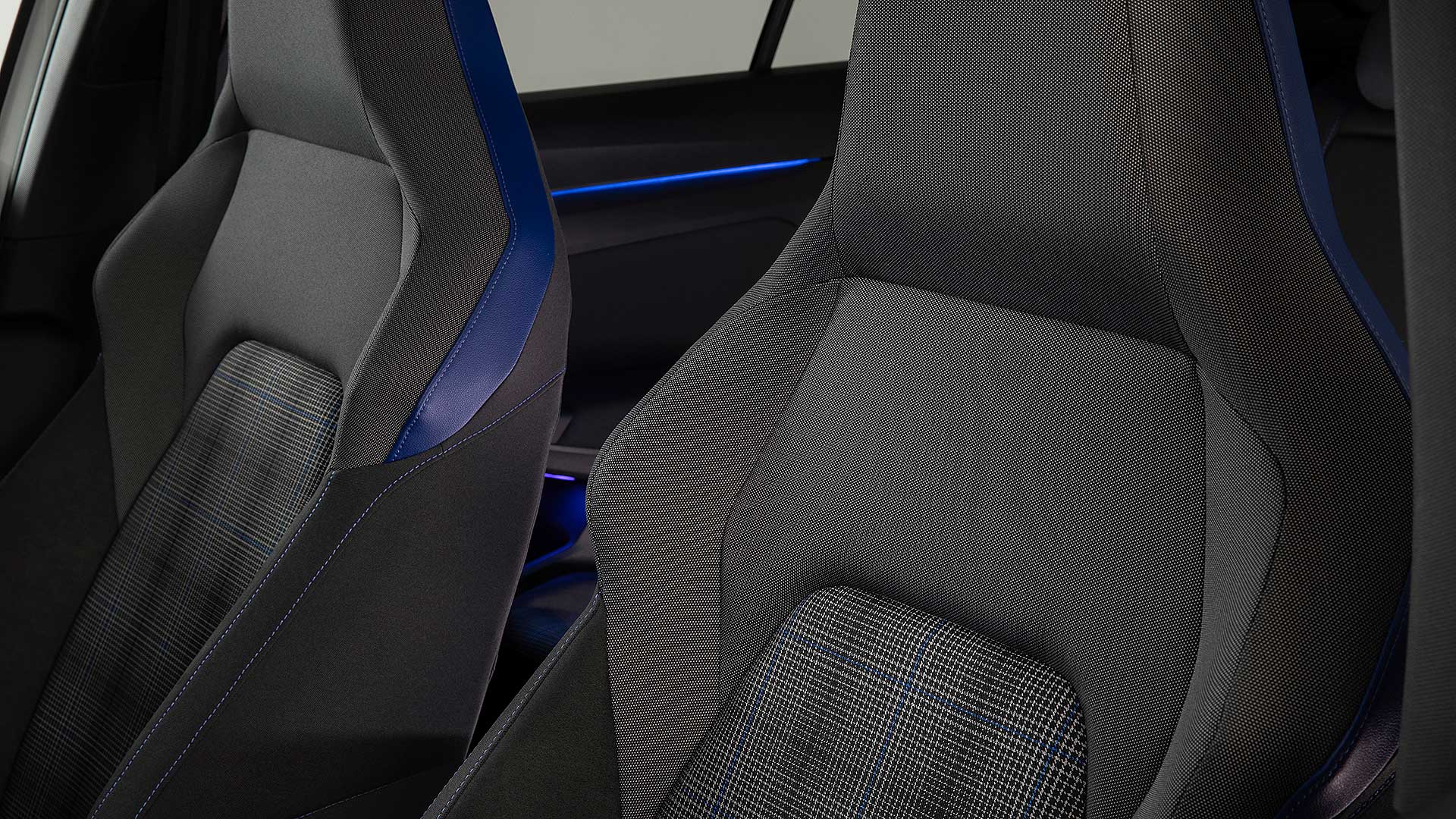 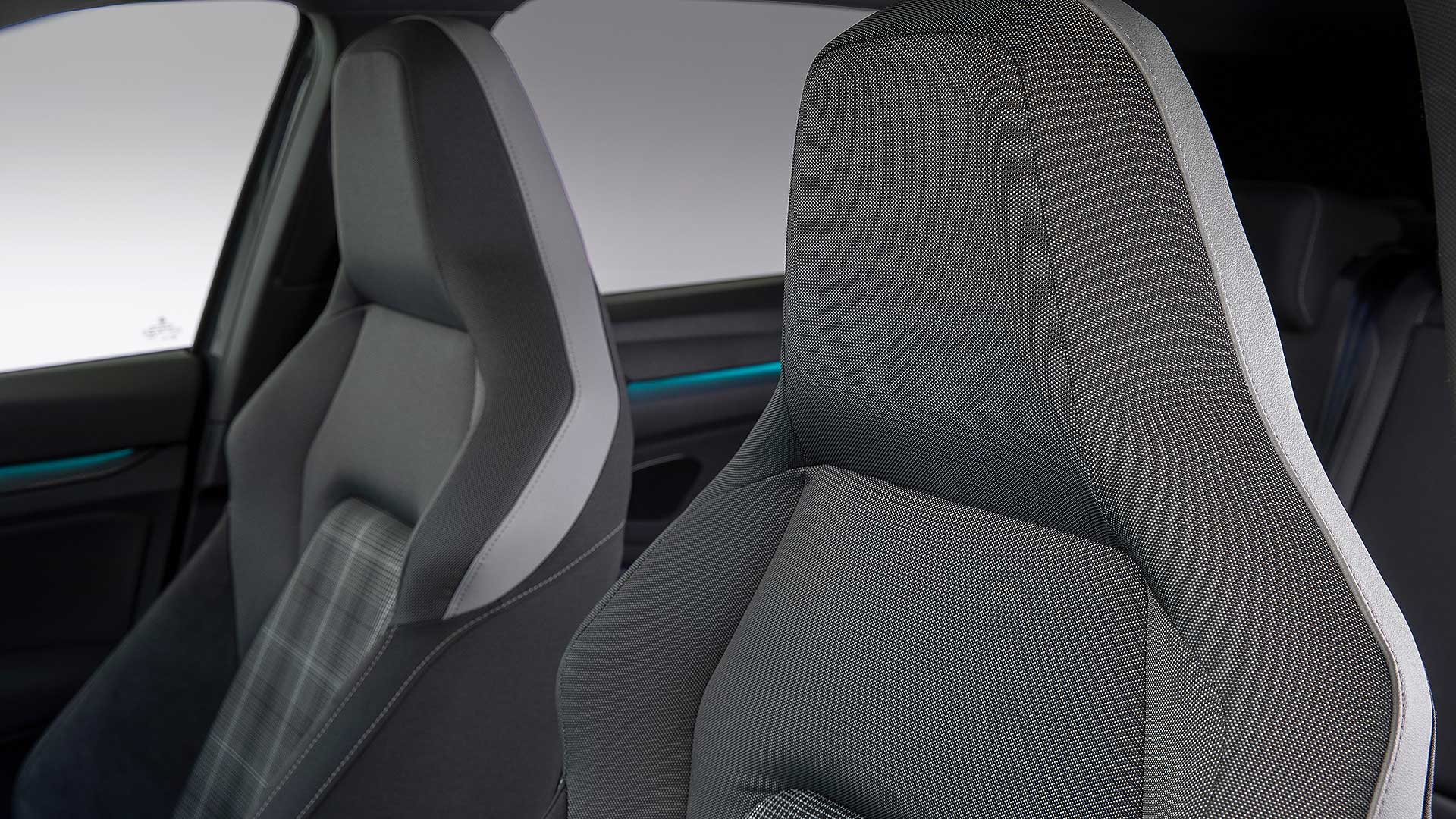 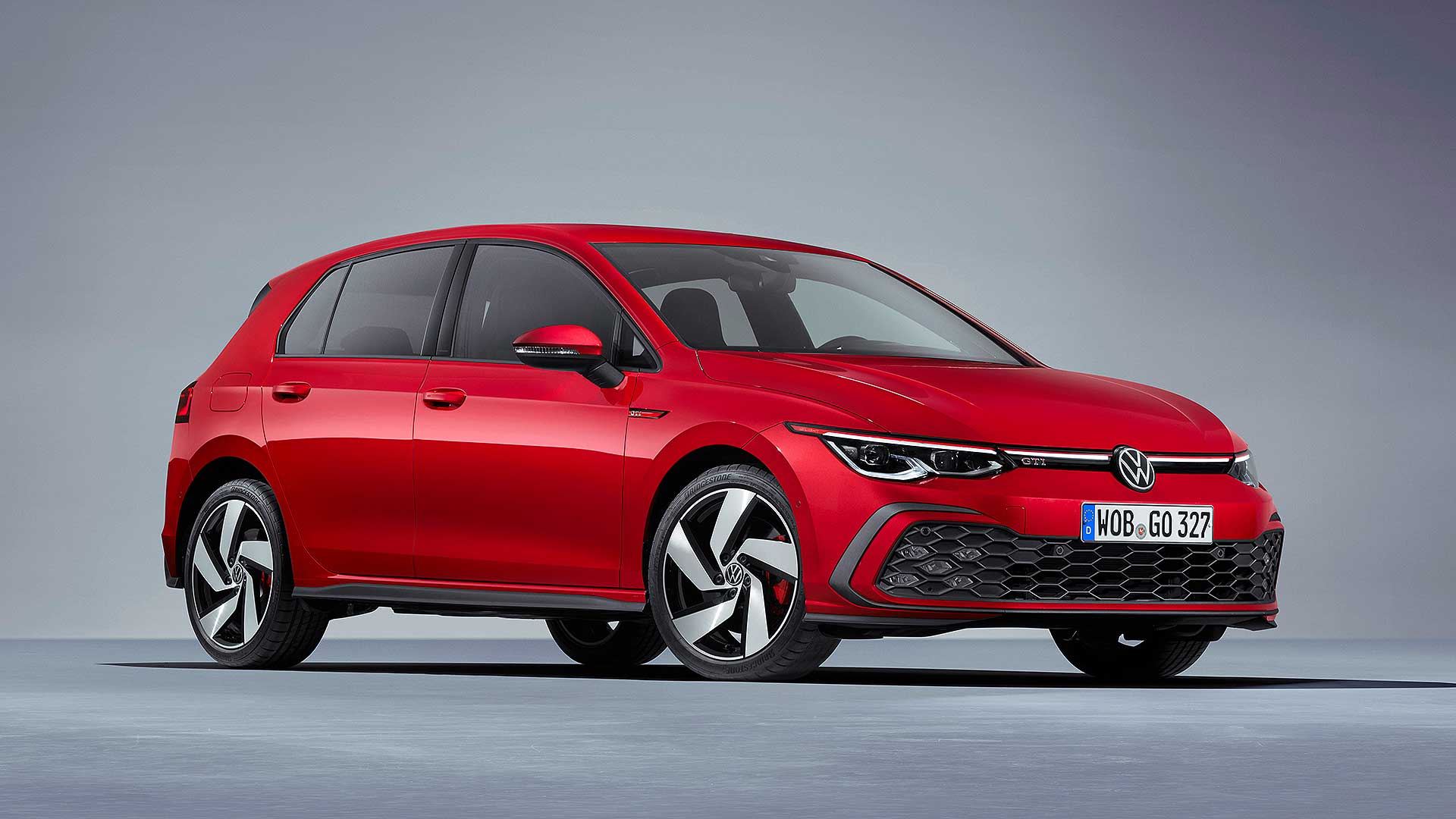 The new Golf GTI has a 245hp 2.0-litre turbo petrol engine. It has a six-speed manual as standard, or a seven-speed DSG auto as an option. 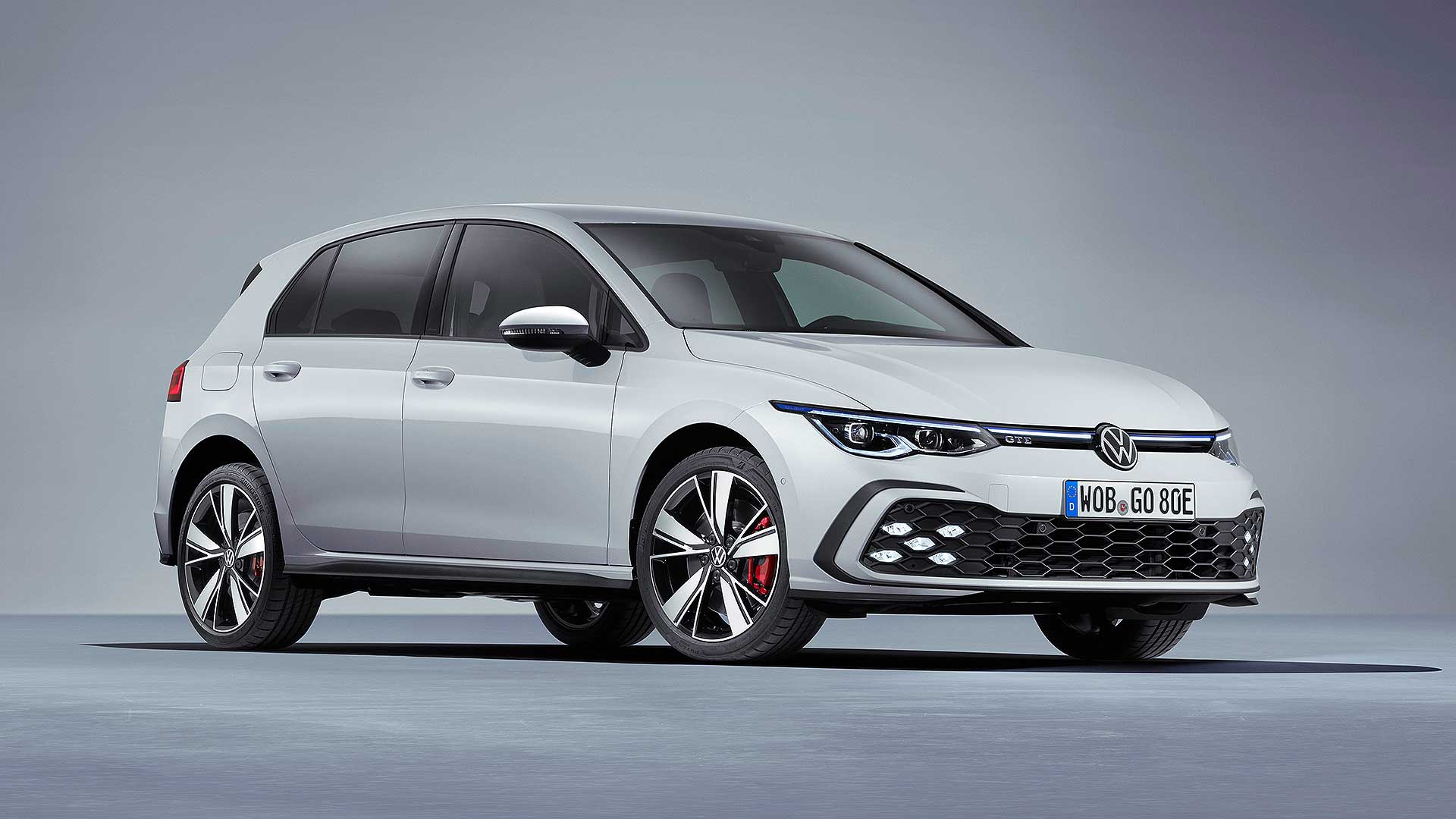 The new Golf GTE shares the same 245hp output as the GTI, but it’s produced in a different way – from a 1.4-litre turbo petrol engine serving up 150hp, combined with an 85 kW electric motor.

With the help of a new lithium-ion battery, maximum pulling power (or torque) actually exceeds the Golf GTI, and it can be driven at speeds of up to 82mph in pure electric mode.

A seven-speed DSG gearbox is standard.

The electric range is around 37 miles before it needs to be plugged in and recharged. And if the batteries have enough charge, the Golf GTE will always start out as a zero-emissions pure electric vehicle. 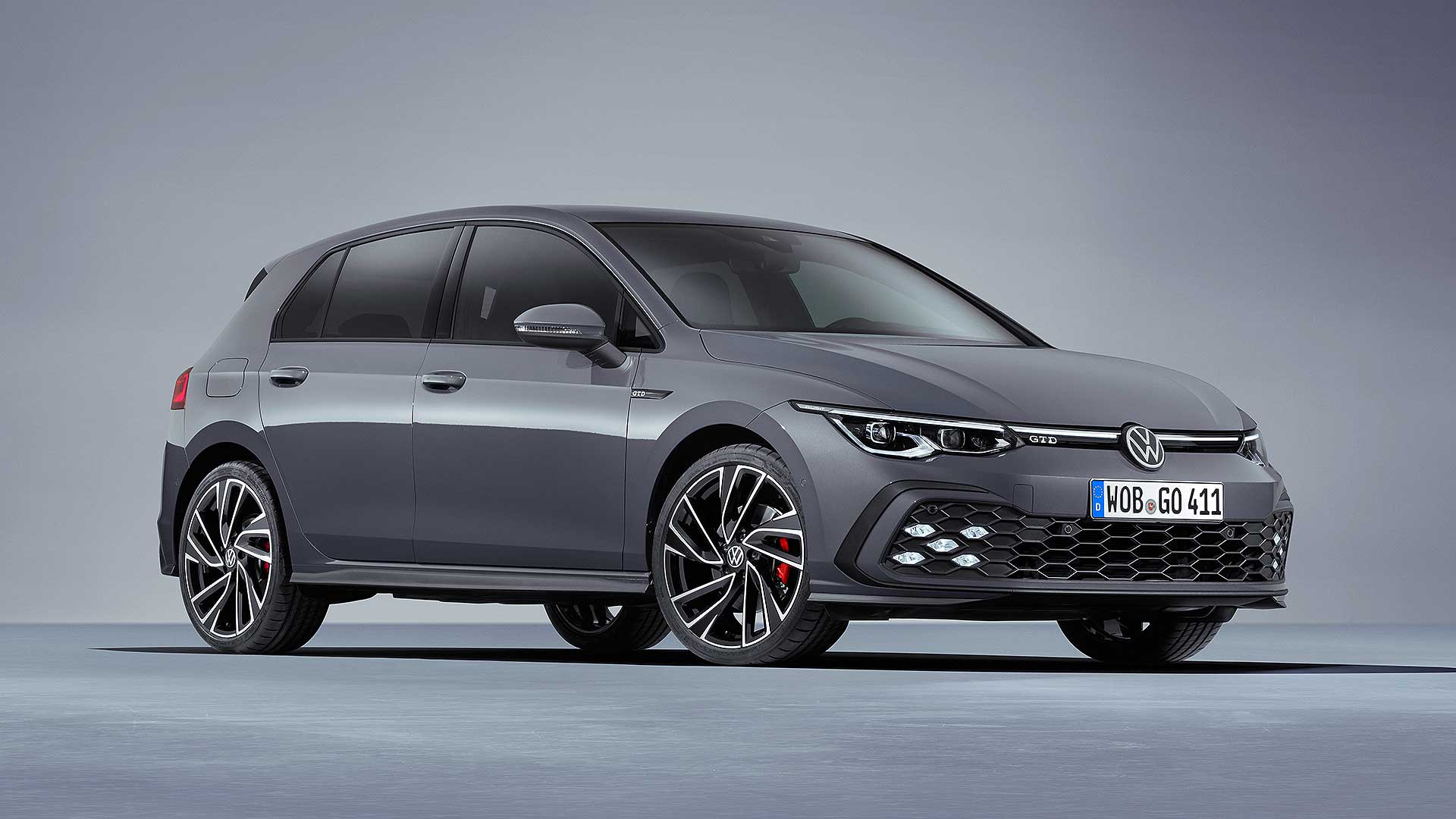 The Golf GTD has a 2.0-litre turbodiesel that produces 200hp, and the same amount of pulling power as the Golf GTE.

Like the hybrid GTE, it too only comes with a seven-speed DSG – so the only hot Golf available with a manual gearbox is the regular GTI.

And diesel-haters, worry not: the new Golf GTD has ‘twin dosing’ selective catalytic reduction, with dual AdBlue injection. This ‘greatly reduces’ NOx emissions even compared with its predecessor.

The GTI and GTD have sportier, 15mm lower suspension. So they visually sit a bit closer to the ground… 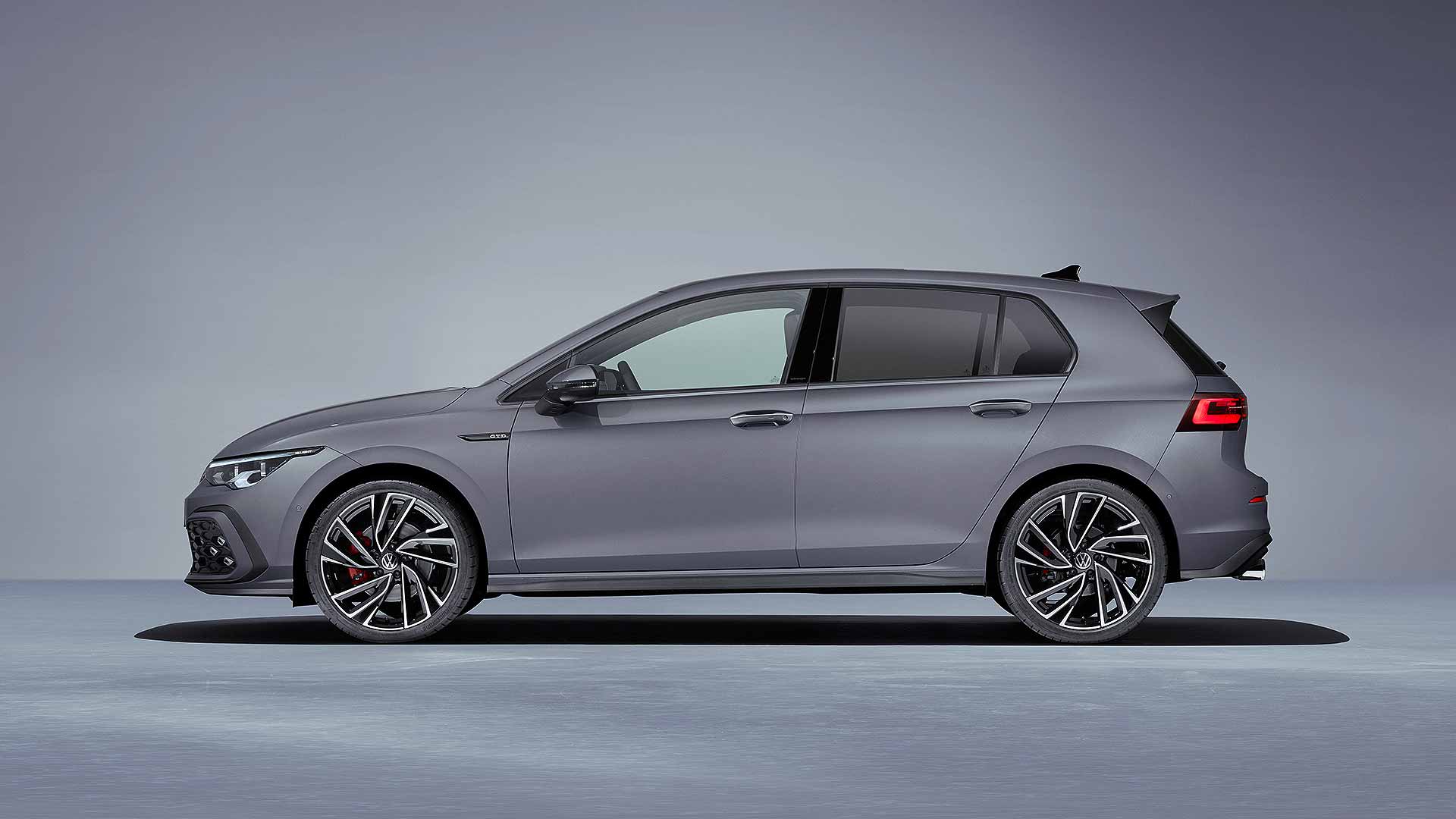 … than the Golf GTE. 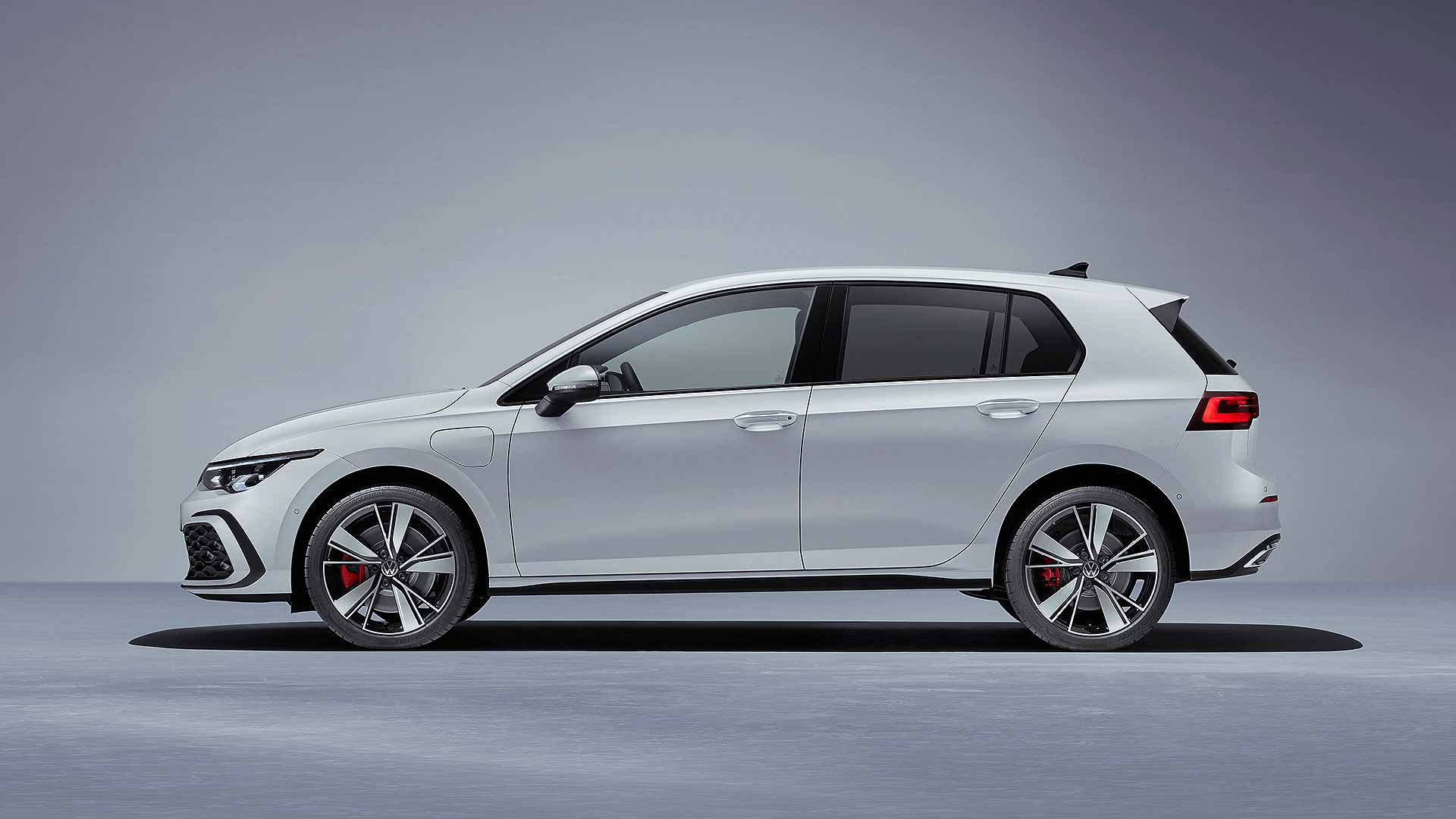 All three have a front axle differential lock, plus a sound actuator for a more purposeful engine soundtrack inside. 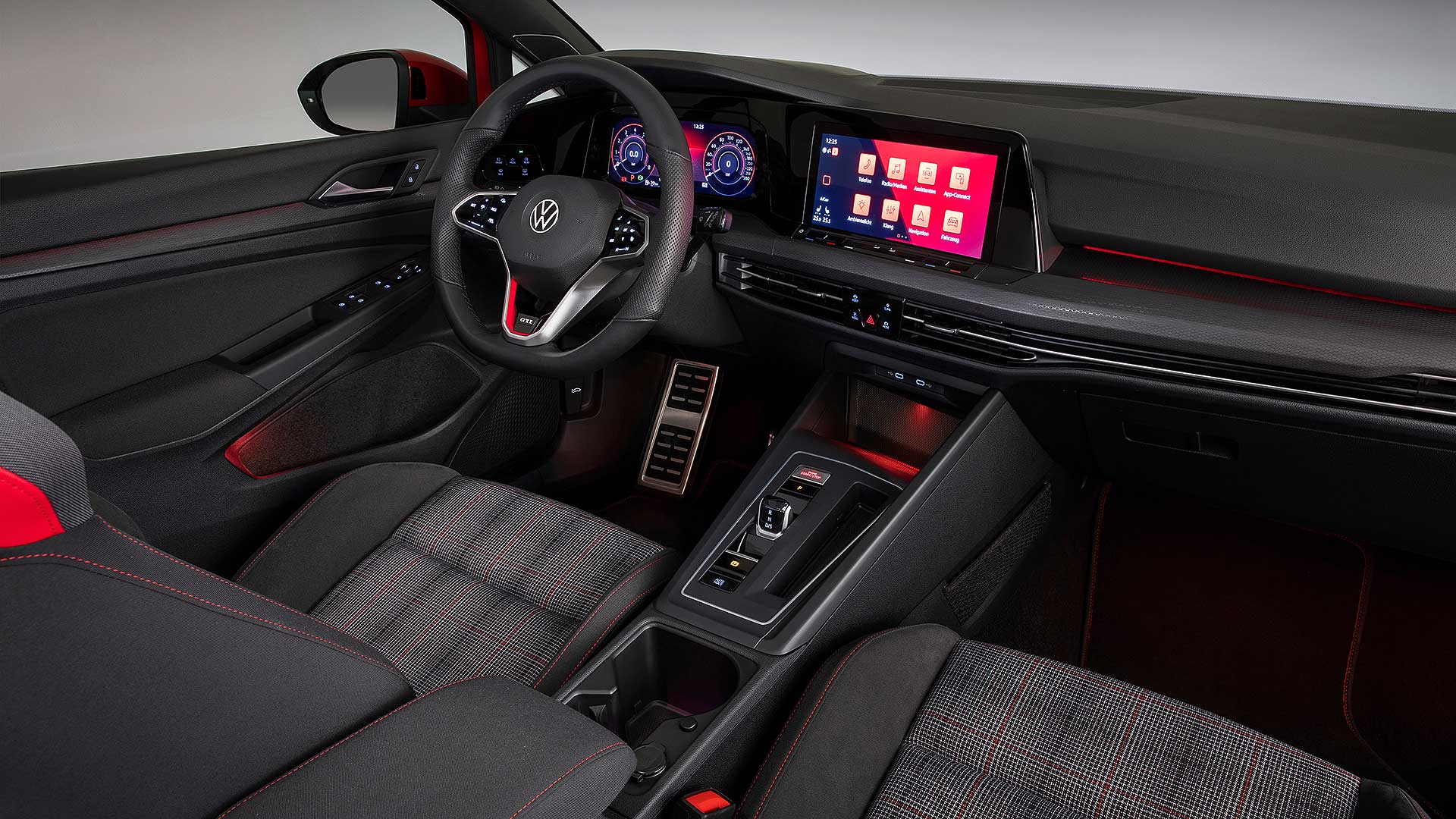 They all have the fully digital cockpit of all new Volkswagen Golf 8 models, colour-keyed respectively – red, blue or silver.

They’re not fully identical. The Golf GTI and GTD have logos on the front wings. 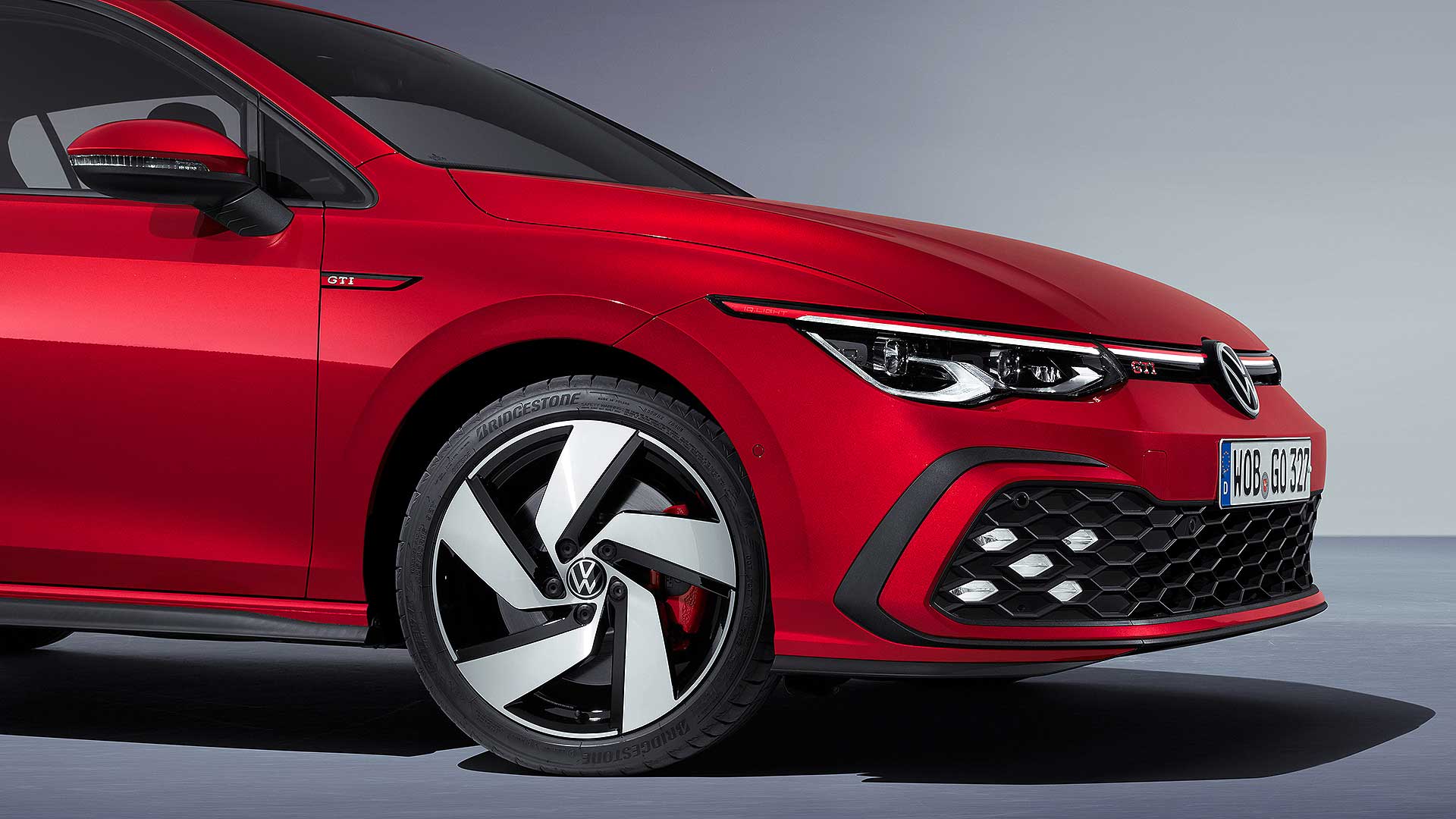 They’re missing on the GTE – instead, it has a filler flap on the passenger side, to charge the battery. 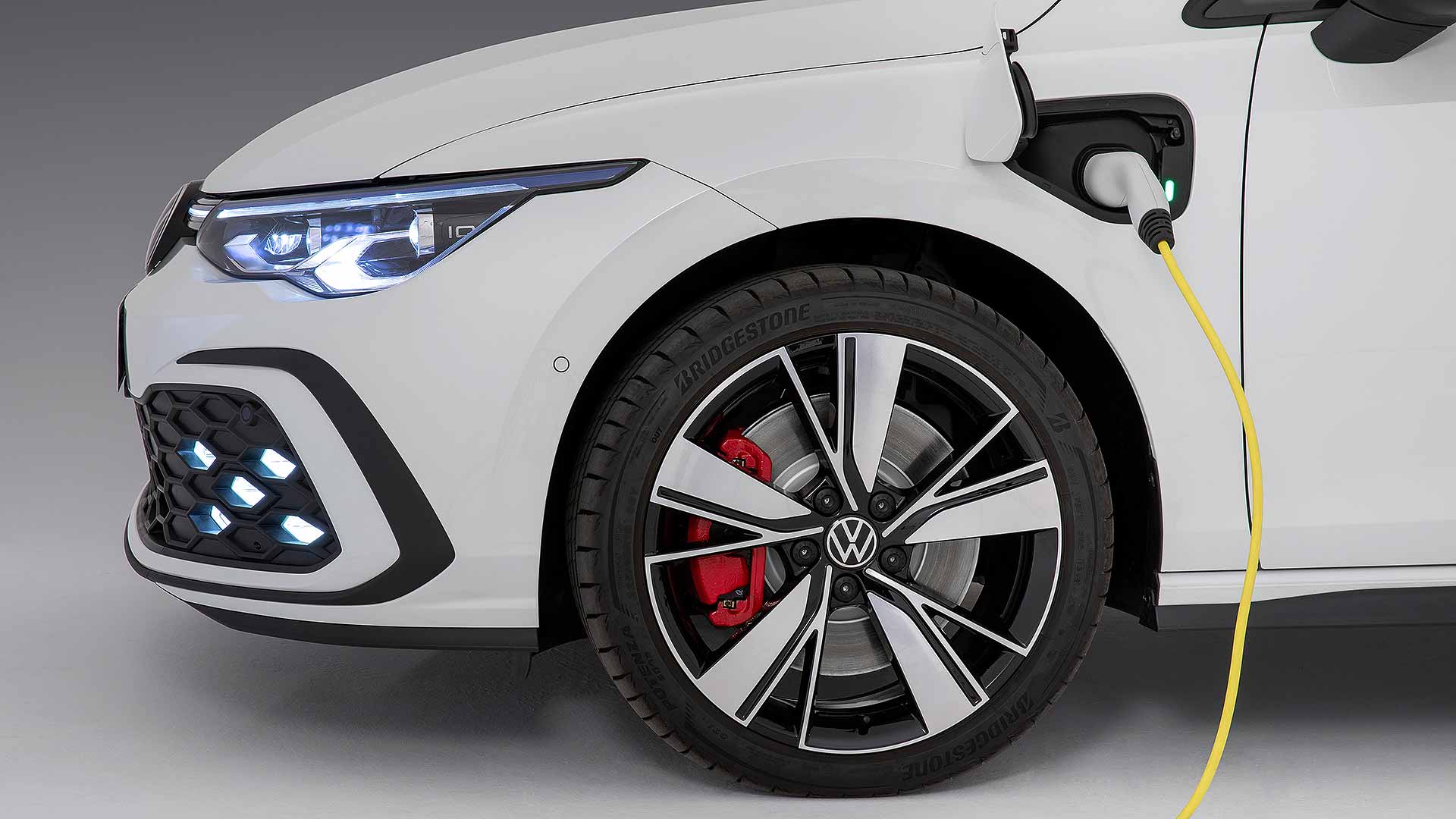 Exhaust tailpipes also mark the differences at a glance. The GTI has dual exhausts – one left, one right. 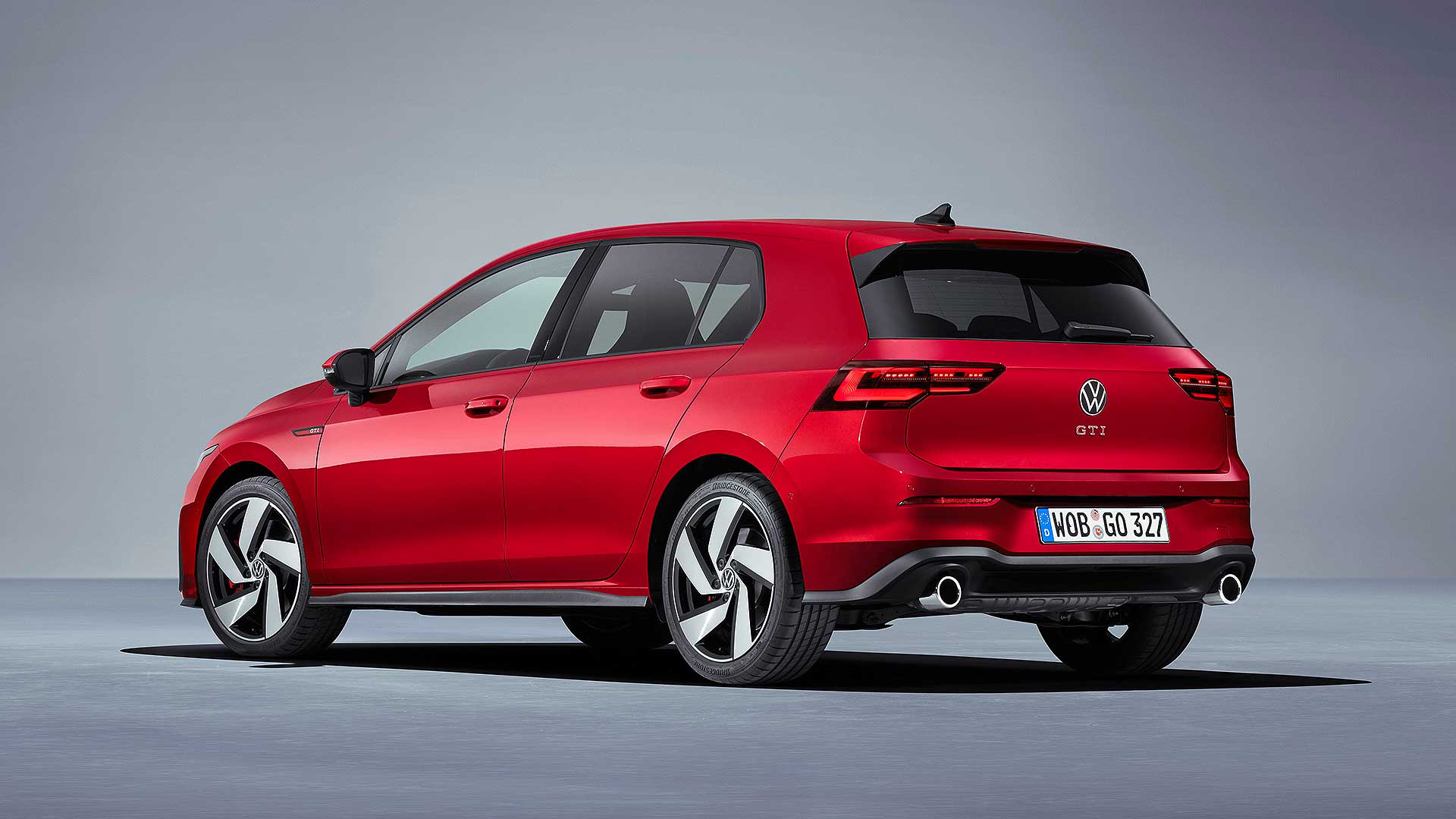 The GTD has a double tailpipe on the right… 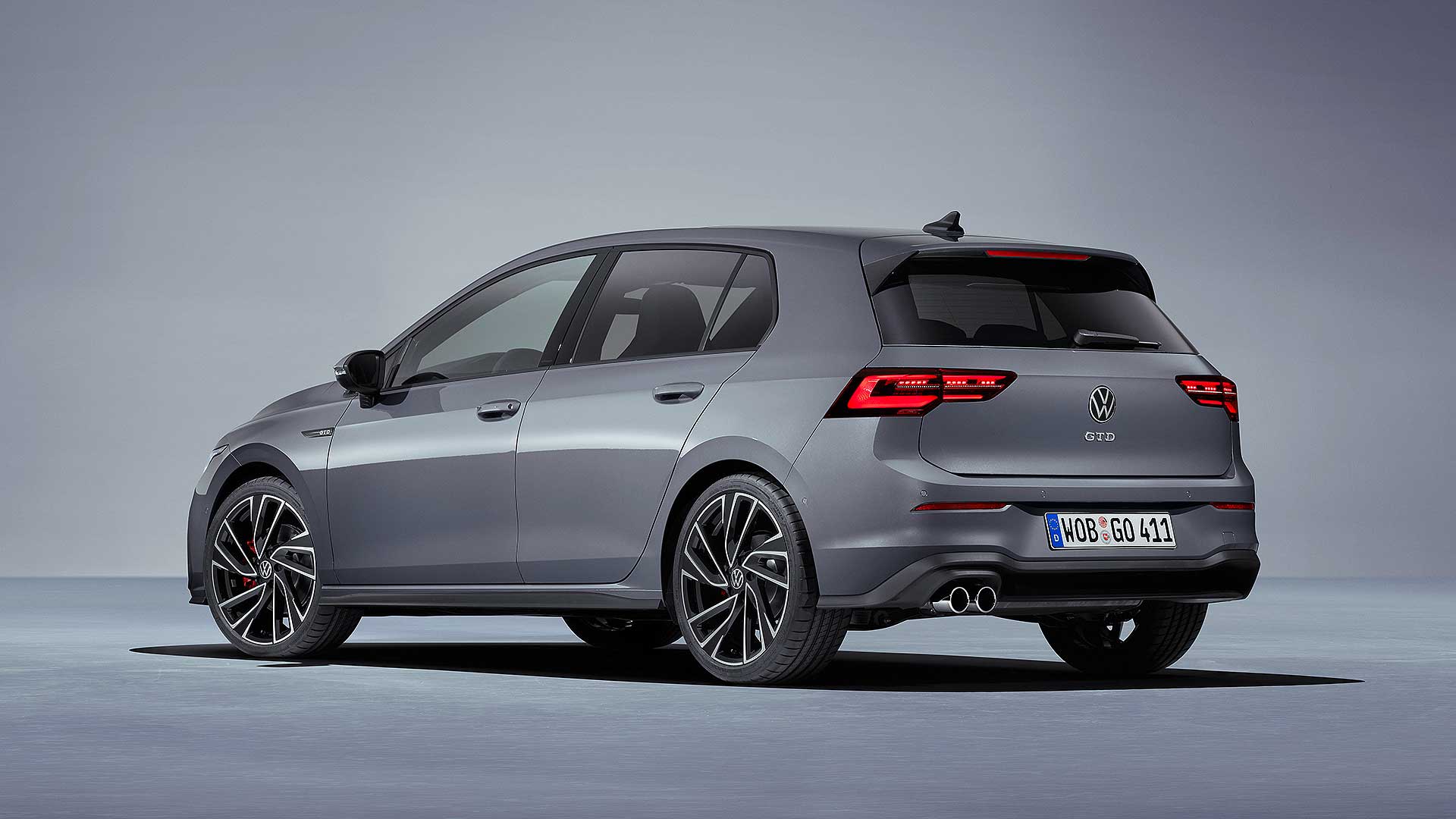 … and the GTE has no visible tailpipes at all. 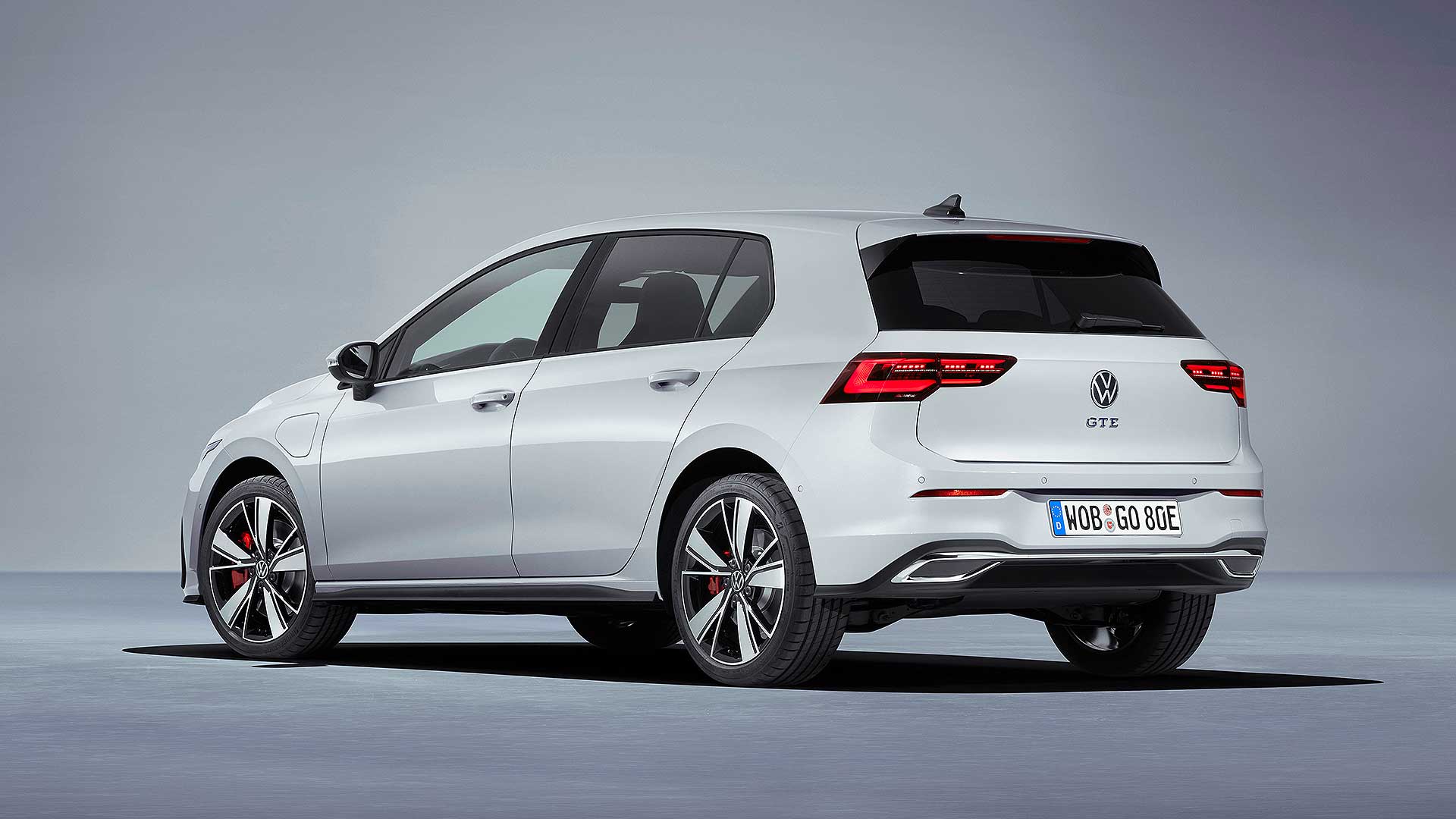 It’s the colour bar in the front grille may become the biggest at-a-glance differentiator: red for the GTI, blue for GTE, silver for GTD. 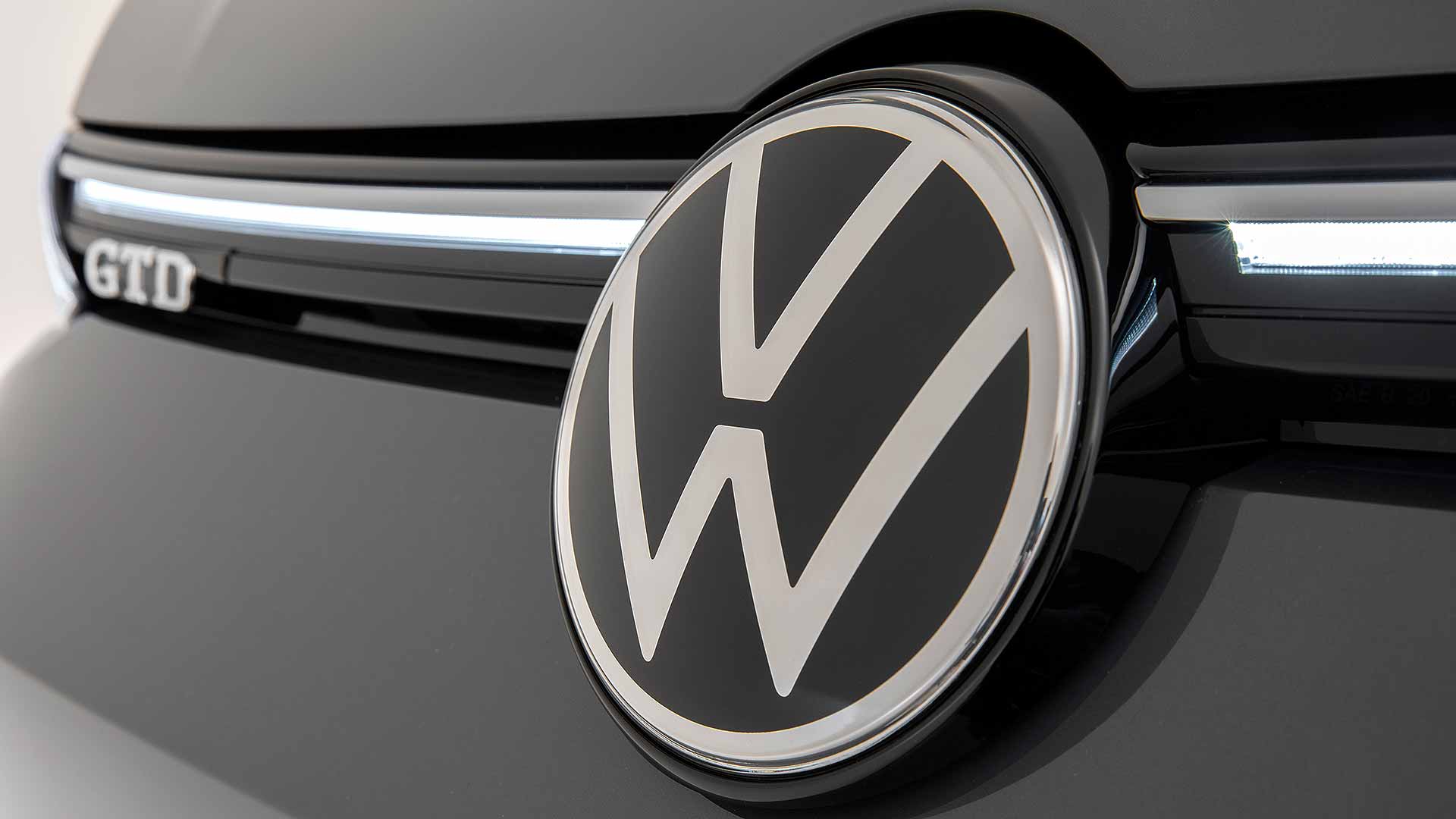 This colour key is highlighted by the LED daytime running light strip in the headlights when the car is running.

Oh, and the radiator grille itself can optionally be illuminated too: surely a must-have option for new Golf GTI, GTE and GTD owners?