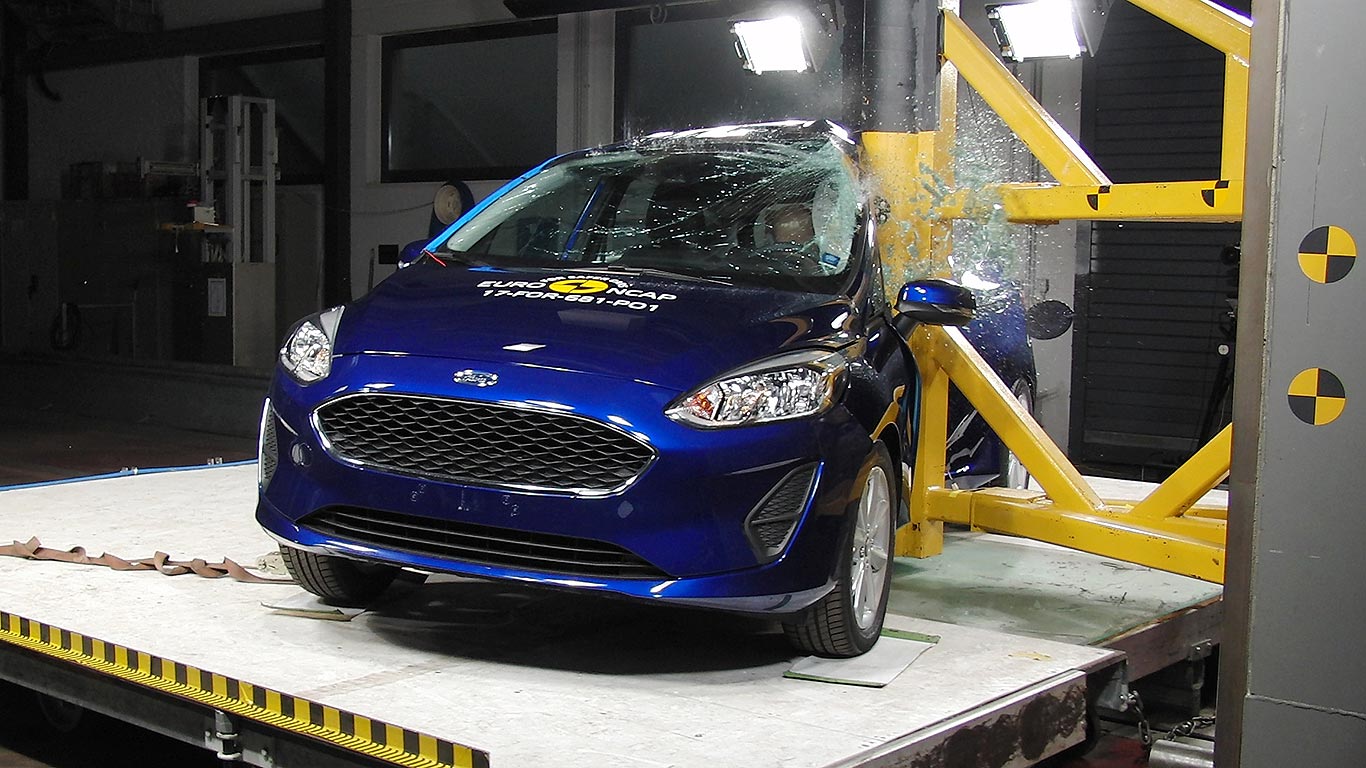 The new 2017 Ford Fiesta has earned a full five-star rating in the latest round of Euro NCAP safety crash tests – 20 years after the 1997 Fiesta proved to be “just not stable” in a crash test that today “does not make for comfortable viewing”.

However, because Ford does not fit autonomous emergency braking (AEB) as standard to the new Fiesta, it does not become Euro NCAP’s top supermini pick of 2017: the latest Seat Ibiza retains that title. The fact it is only an option “is a shame,” says Matthew Avery of British Euro NCAP partner Thatcham Research. “Fewer than 5 percent of car buyers take up additional safety packs.”

Other models tested in the latest round of 2017 Euro NCAP crash tests include the Jeep Compass, Mazda CX-5, Renault Koleos and Vauxhall Grandland X, all of which also scored five stars. But while the Kia Rio supermini scored five stars, it only did so if the optional safety pack was fitted: without it, the score drops to a meagre three stars.

The new Kia Picanto is rated at four stars with the optional safety pack, three stars without it. Meanwhile, the Opel Ampera-e electric car – which Vauxhall hopes to launch in the UK some time in the future, earned a four-star rating. 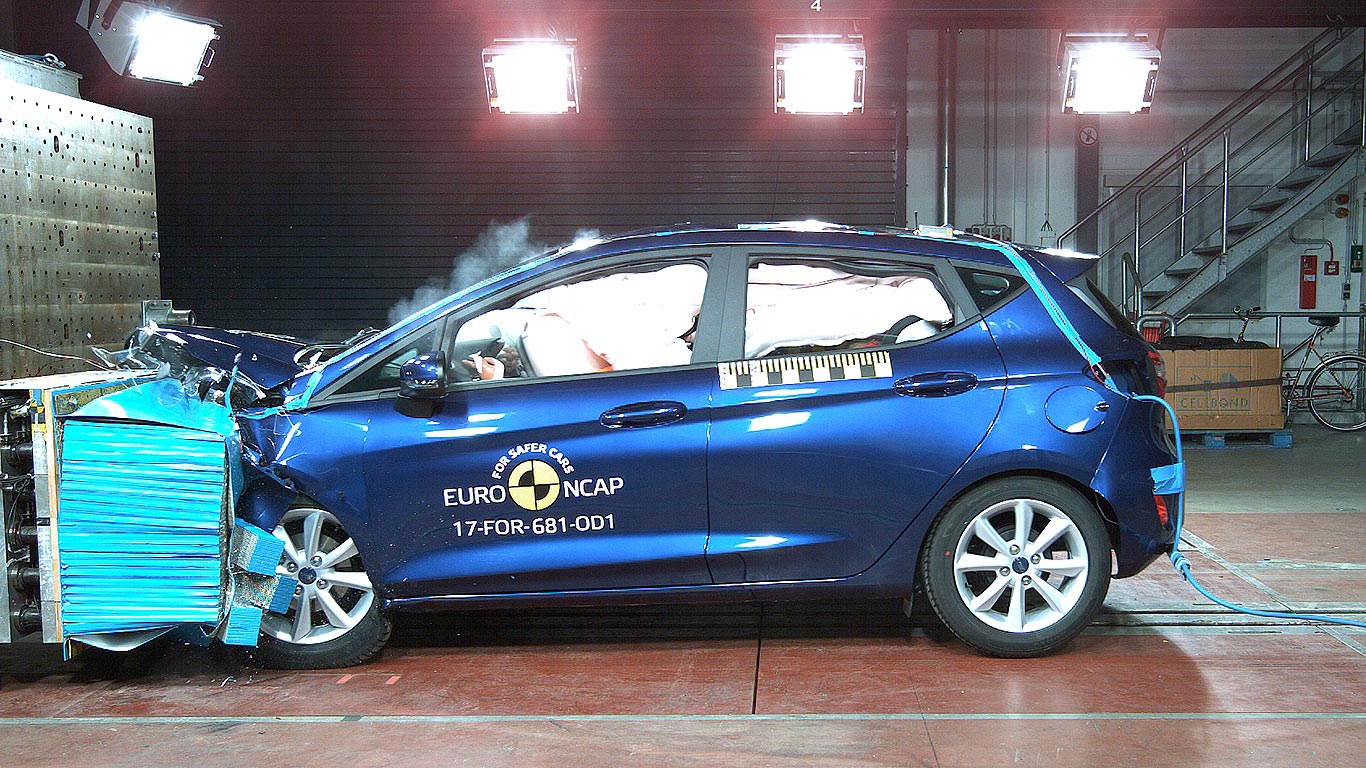 In comparing the 1997 Fiesta crash test with the latest 2017 test, Avery said that “you don’t have to be an expert to recognise a distinct progression in car safety over the past 20 years.

“The dummy in the 1997 model endures a heavy head-strike against the B-pillar and there is serious intrusion in the side impact test too. The structure was just not stable. Today, however, the 2017 Fiesta offers far , far greater levels of protection to its occupants.

“Euro NCAP exists to help consumers make informed choices around car safety. This is especially important for top sellers like the Ford Fiesta – a car which Euro NCAP has tested on six different occasions over the past 20 years.”

The safety organisation also announced it will reveal its 2025 road map as part of the ‘In Pursuit of Vision Zero’ conference on 12 September. In front of policymakers, automotive industry leaders, road safety experts and other high-level industry people, Euro NCAP will look back on 20 years of progress and reveal how it’s going to help shape the car safety of the future.