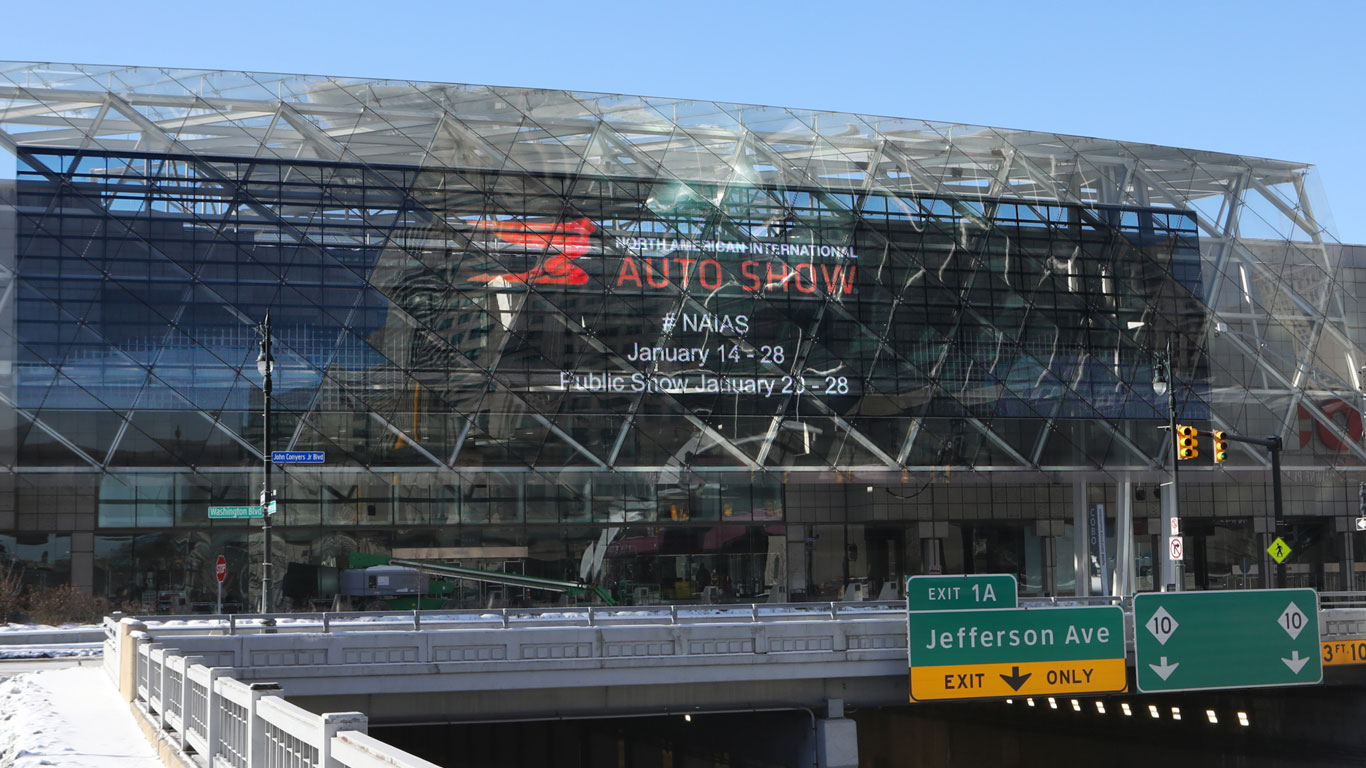 The 2018 motor show season kicks off next week, as Detroit’s Cobo Center hosts the annual North American International Auto Show (NAIAS). Here’s a preview of some of the cars set to star in Motor City, but keep coming back for more reveals as we edge closer to the first press day on January 14.

The RDX badge dates back to 2006, when it made its debut at the New York Auto Show. Twelve years on, the third-generation model will be unveiled in Detroit, with the company promising the “most extensive Acura redesign in more than a decade”. The overhaul comes at a time when the compact crossover is facing renewed competition, most notably from Volvo and Jaguar.

For the first time, the RDX has been designed and developed in America, with the entry-level crossover based on a new Acura-exclusive platform. If this teaser photo is anything to go by, the third-gen model will certainly look more exciting than the outgoing version.

The new Audi A7 Sportback was unveiled in October 2017, but will make its North American debut in Detroit. If you think of it as a five-door, five-seat coupe version of the A8 you won’t be too far wide of the mark, and like its more sombre-styled sibling, the A7 features tech that would be more at home at CES in Las Vegas.

Up to seven drivers can store their preferred user profiles, selecting from as many as 400 different personalised options. The A7 also features hazard information Car-to-X services, which utilise the ‘swarm intelligence’ of other suitably-equipped Audis. Remote parking and remote garage pilot will follow later in the year, building on the 39 driver assistance systems. Prices start from £56,000 and you can place your order soon.

BMW i8 Roadster and Coupe

Fresh from its premiere at the Los Angeles Auto Show in December 2017, the BMW i8 Roadster will take a bow in Detroit. The topless i8 features an all-electric fabric roof that opens and closes within 16 seconds while travelling at speeds of up to 31mph. Opening the roof raises the rear window by 30mm, reducing air turbulence in the cabin.

BMW has tweaked the i8’s lithium-ion battery, with its cell capacity increased from 20 to 34Ah. As a result, the motor has more energy at its disposal, increasing the peak output to 143hp. The Roadster can cover up to 33 miles with zero emissions, while the i8 Coupe can, quite literally, go the extra mile, at 34 miles. 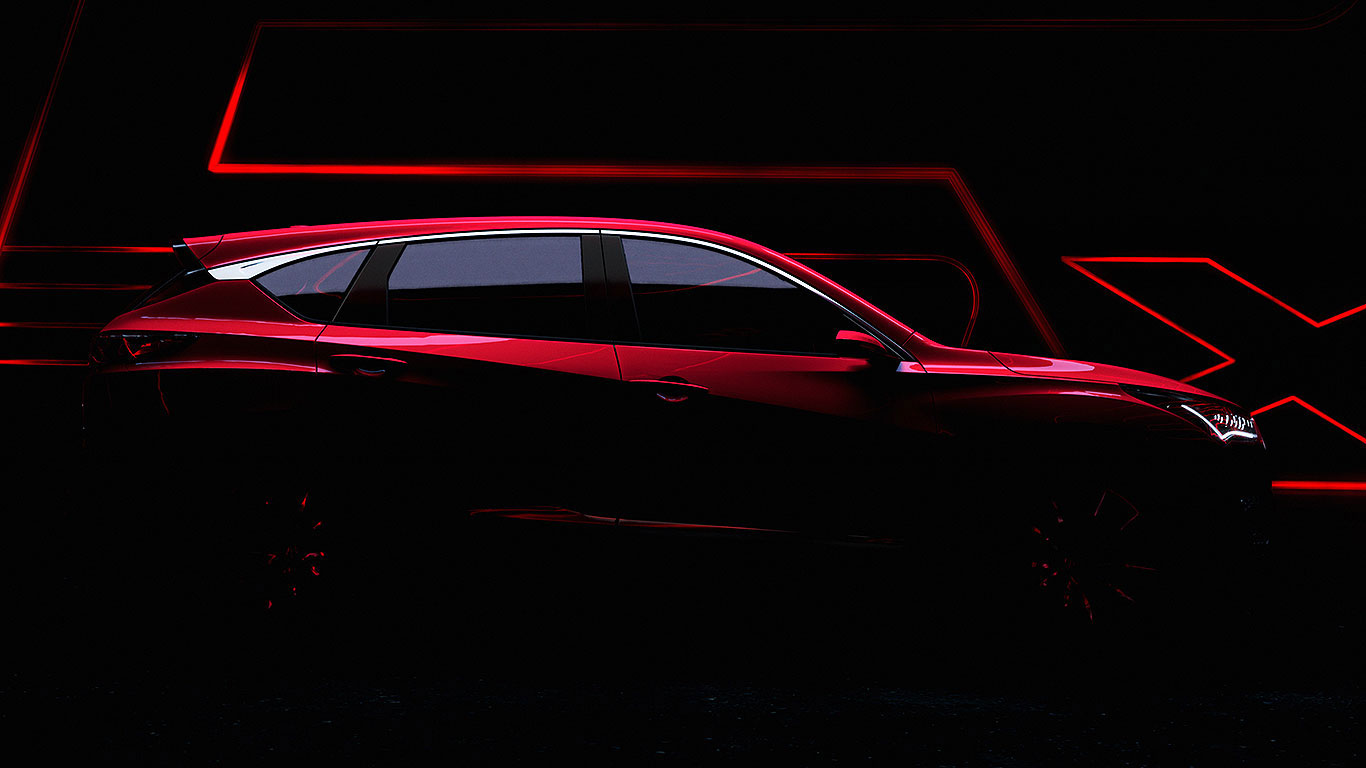 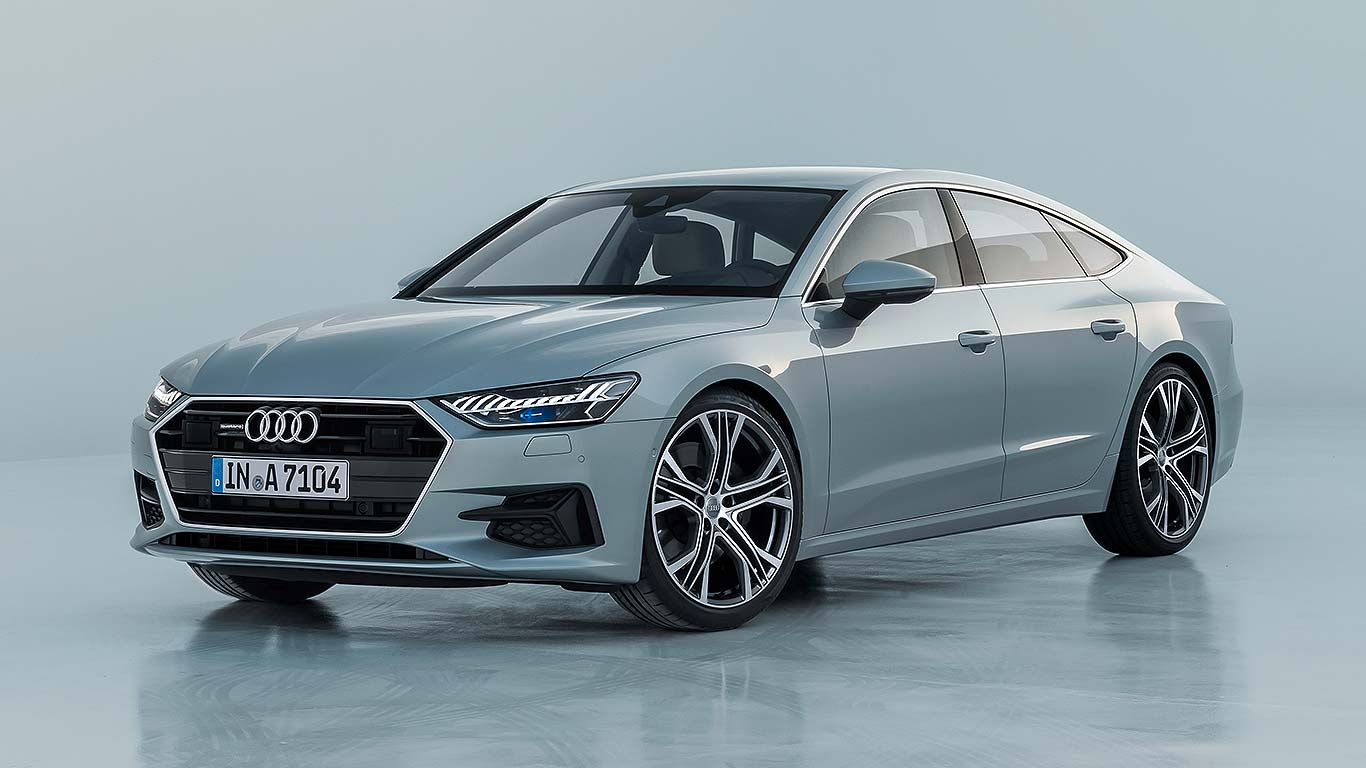 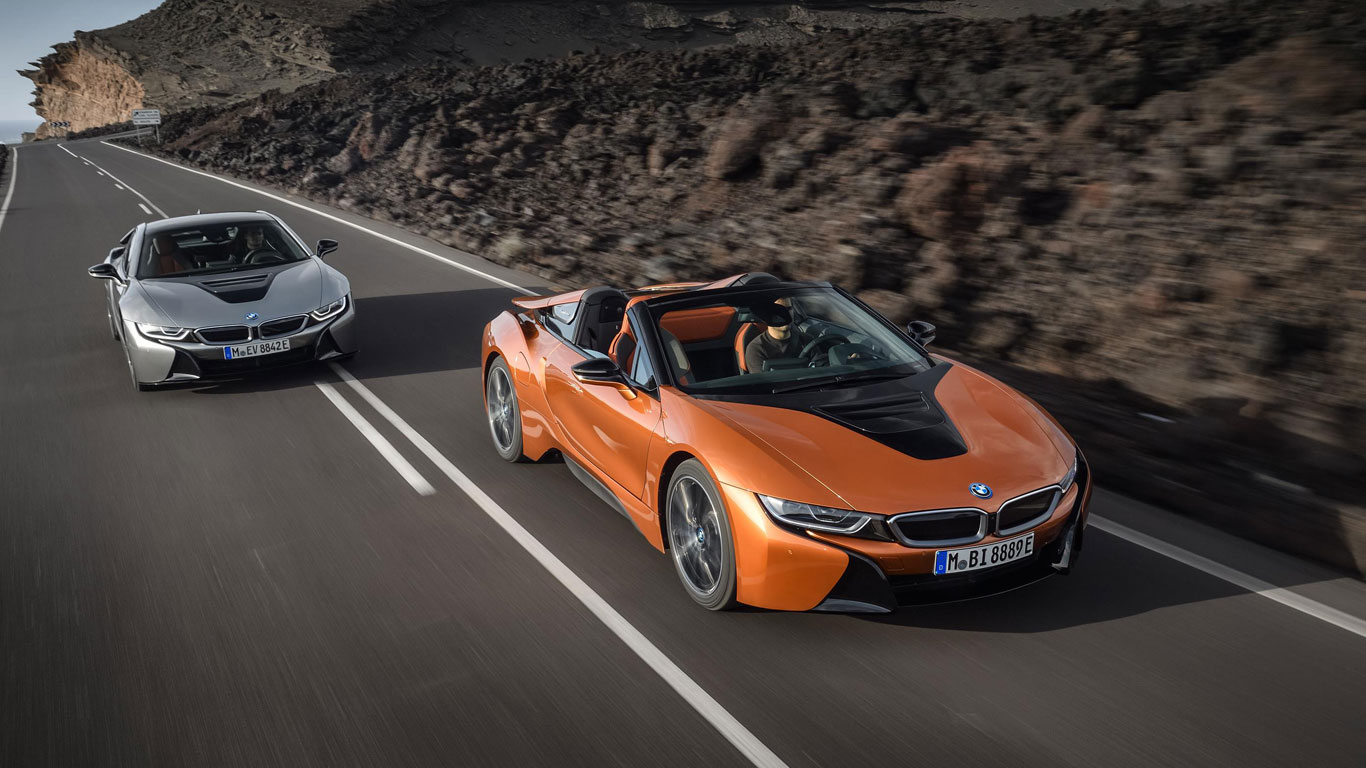 The chances are you might be dreaming of owning a BMW i8, but in reality you’re more likely to drive an X2. This is BMW’s answer to the Range Rover Evoque: a sportier alternative to the X1, with a more exaggerated coupe roofline. It’s also 20mm shorter and over 70mm lower than the X1.

Chevrolet chose Dubai as the venue for the global unveiling of the Corvette ZR1, but it might not be the star of Detroit. That’s because the much-rumoured mid-engine Corvette could be on standby for a show-stopping appearance.

If it fails to materialise, you’ll have to make do with the most bonkers Corvette ever created. The ZR1 delivers 755hp from its supercharged 6.2-litre V8 engine, enough to propel this slice of American lunacy to a 210mph top speed.

If you happened to be at the Texas Motor Speedway in December for Chevy Truck’s 100th anniversary bash you’ll have slapped eyes on the 2019 Chevrolet Silverado. The big truck was lowered onto stage courtesy of a helicopter, ahead of its proper debut at the Detroit Auto Show. 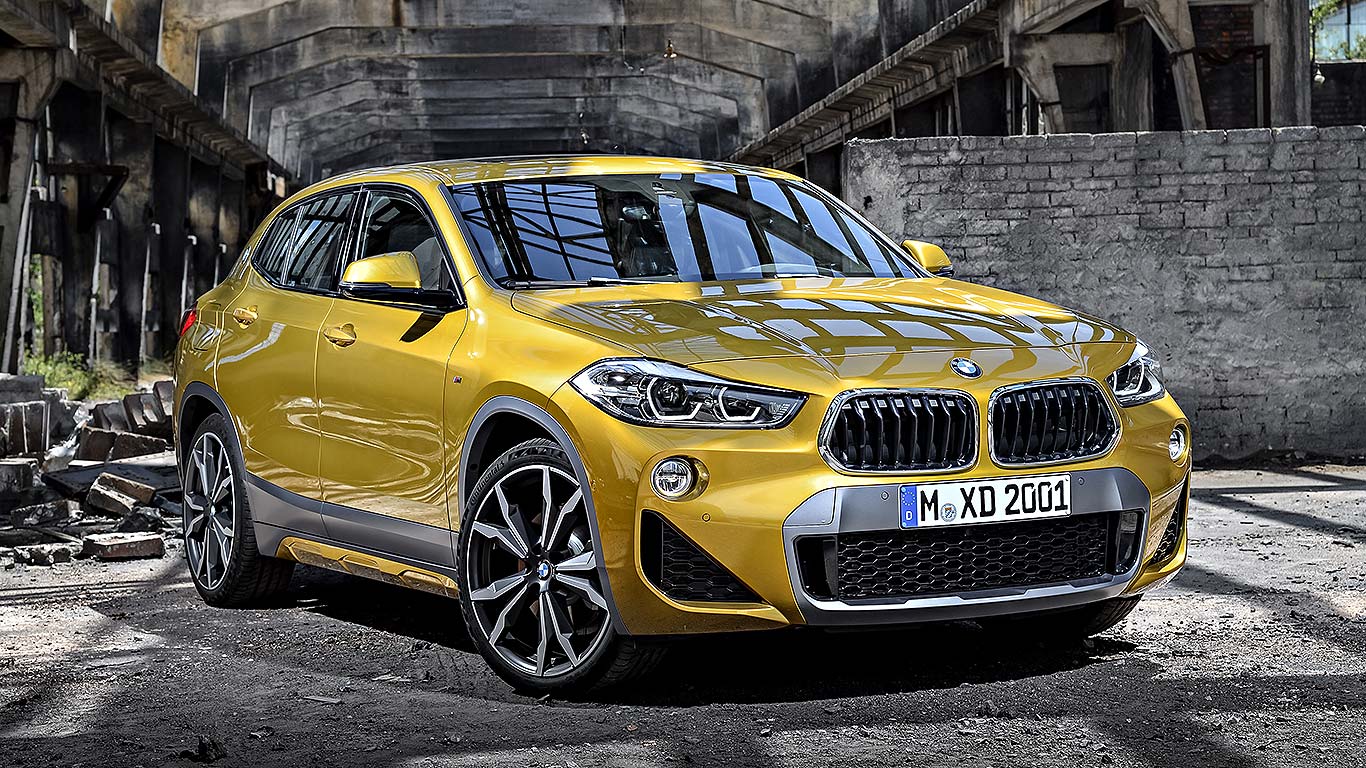 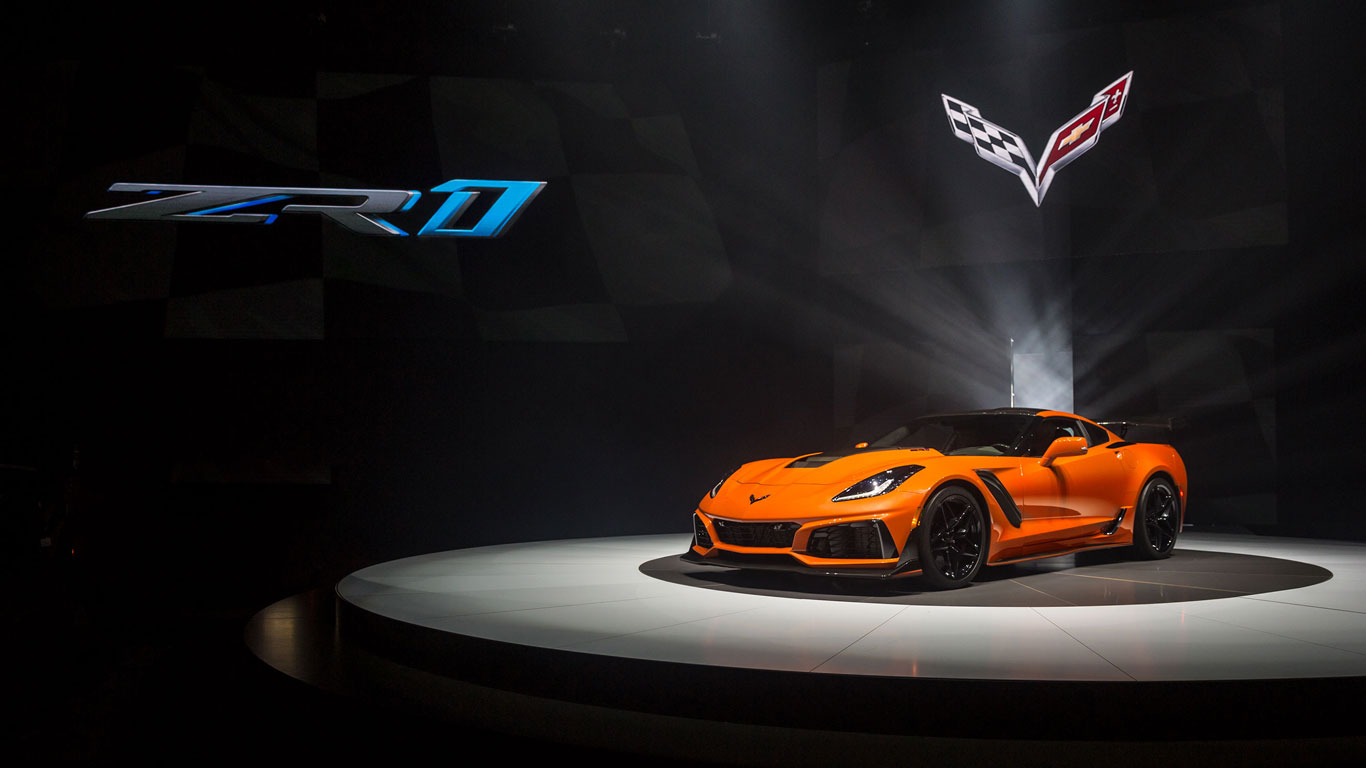 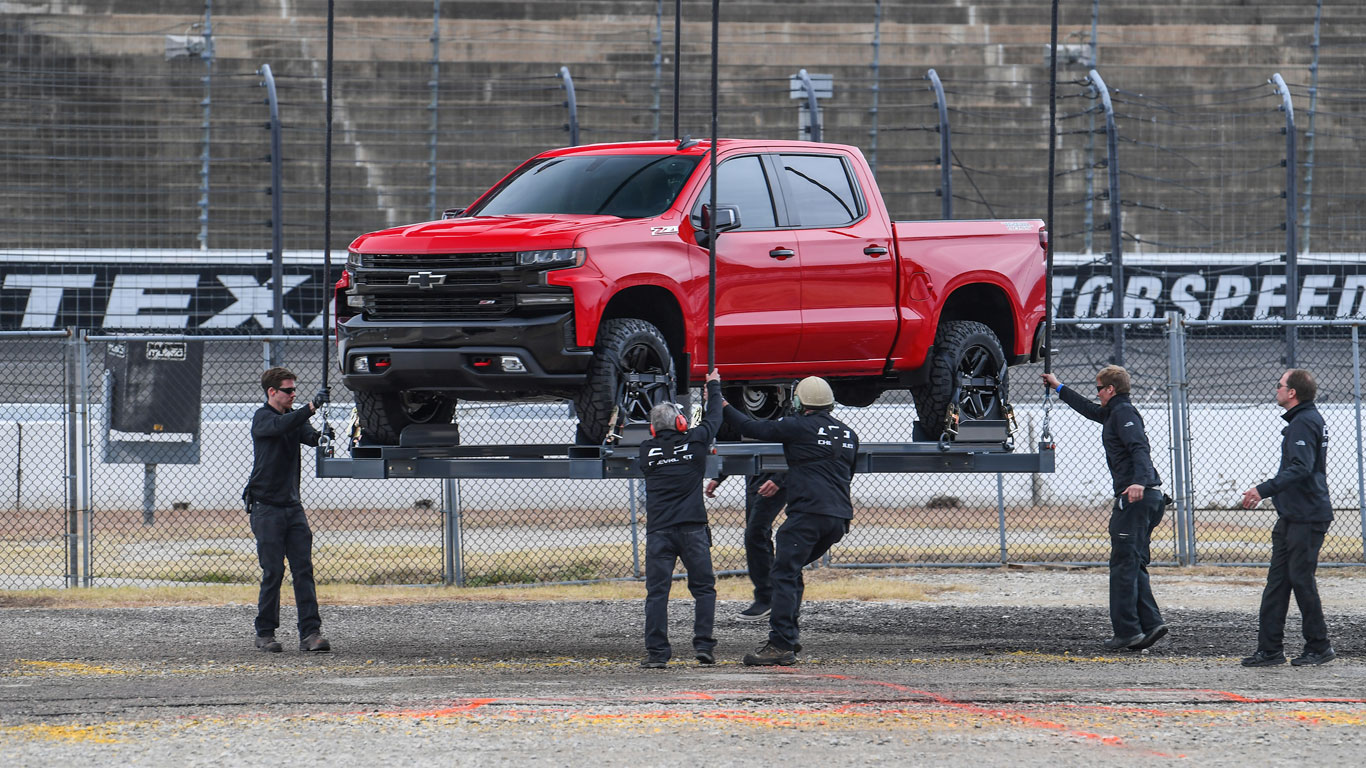 GAC Motor will unveil a brand new saloon model in Detroit, part of a range of vehicles which, according to the Chinese manufacturer: “demonstrates the brand’s sincerity and determination to enter the North American market”.

Not much is known about the GA4, but it’s built on GAC’s own A-Class saloon platform and is positioned as a “family sedan of quality and charm”, whatever that means. The GA4 will be unveiled alongside the Enverge, the company’s first ‘new-energy’ concept SUV.

Remember the original Honda Insight, with its space-age looks and futuristic Integrated Motor Assist (IMA) powertrain? It arrived around the same time as the Prius, but while the Toyota is still around today, the Insight kind of fizzled out, via a rather lacklustre second-generation model.

But now it’s back, with Honda eager to renew its hybrid rivalry with Toyota. Sadly, the new Insight won’t be offered in the UK, but the IMA will appear in future vehicles, most notably the all-new CR-V hybrid.

The UK said goodbye to the Veloster in 2015, as buyers failed to embrace Hyundai’s rather oddball coupe. It didn’t help that the car had two doors on one side and one on the other, but in many ways this rather unconventional approach was part of its charm.

If you liked the asymmetric design, we bring good news: the new Veloster is likely to retain the same format. More good news: we’re expecting a full-fat Veloster N, featuring the same four-cylinder turbocharged engine found in the i30 N. And you thought Hyundai was little more than a five-year warranty and good value for money. 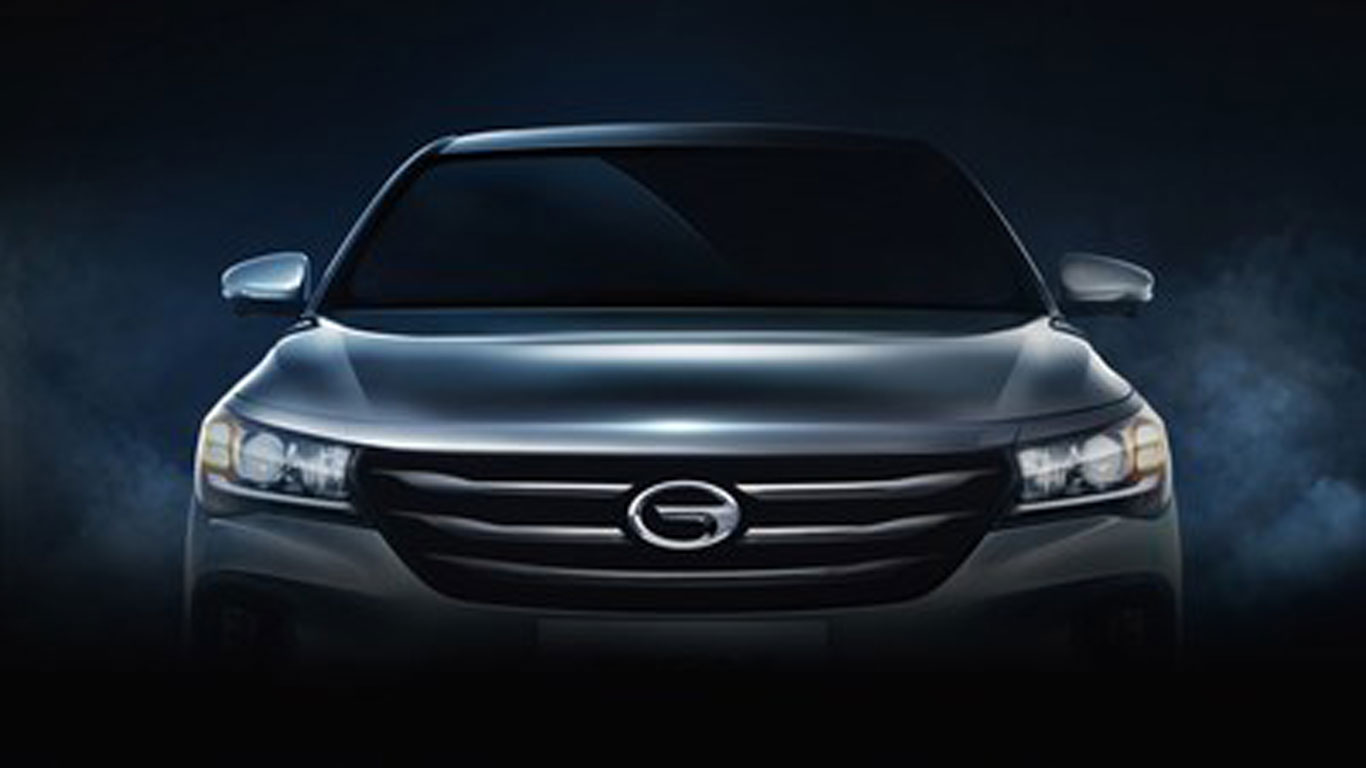 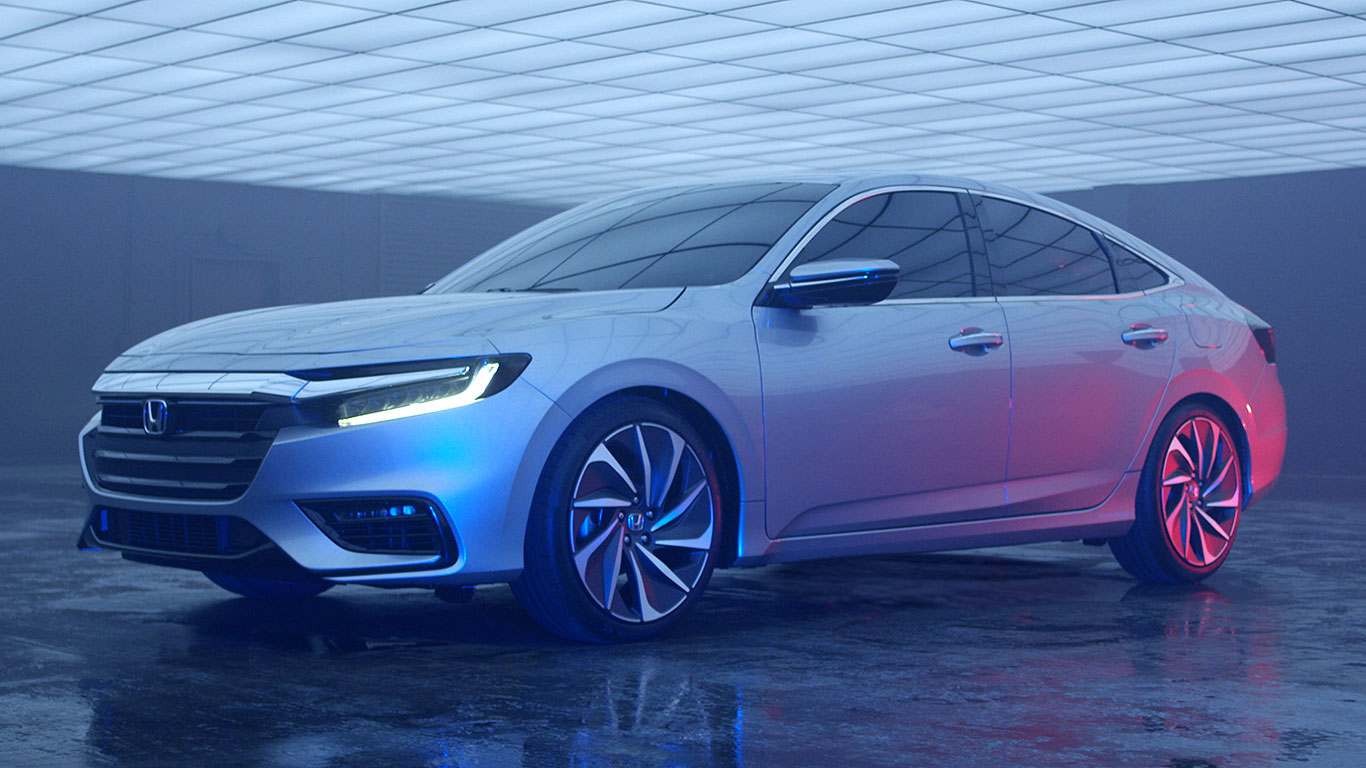 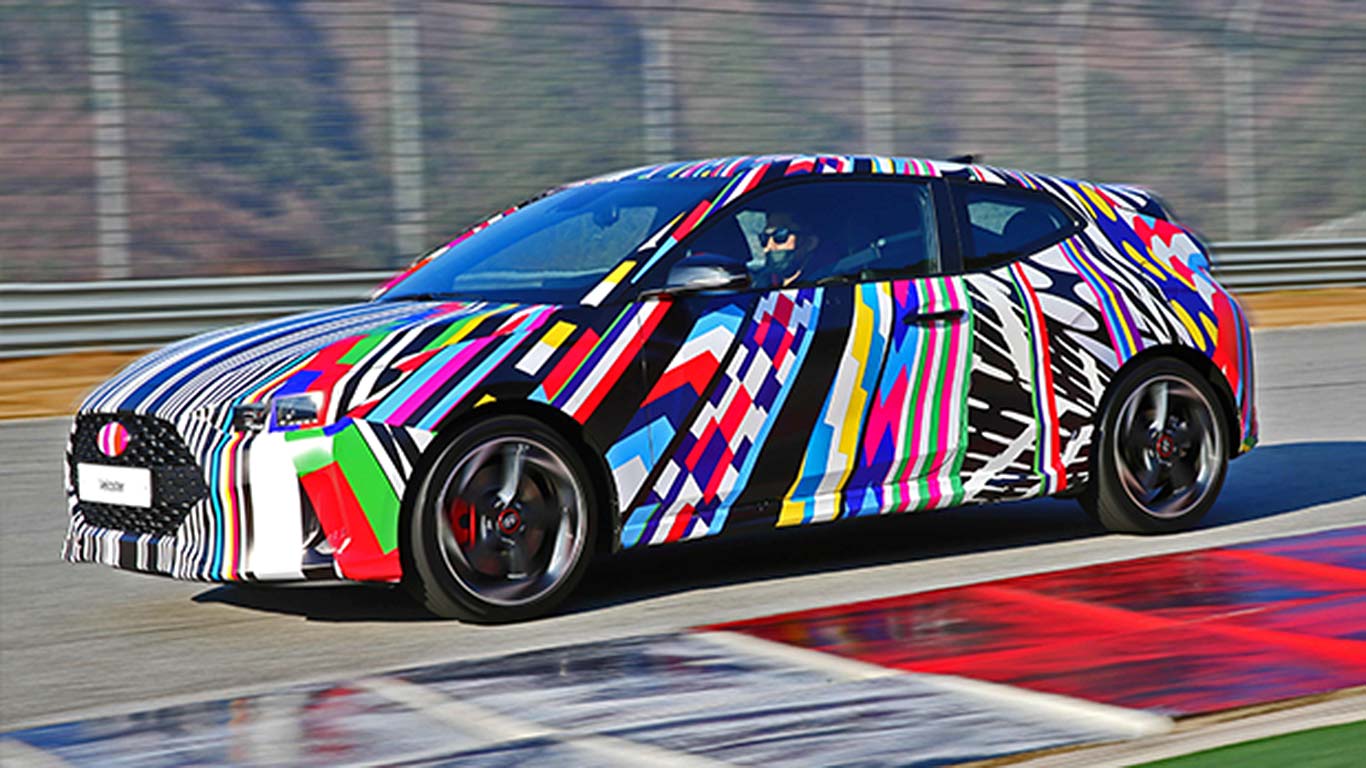 Infiniti has posted record sales of 153,415 vehicles in the US for 2017, an increase of 11% over 2016. Eager to build on this success, the posh Nissan brand will unveil the Q Inspiration Concept in Detroit.

Pay attention, 007, because Infiniti is promising to “take traditional sedan architecture to its next stage of evolution… [offering] an alternative form; something more flowing in appearance and muscular in stance, with an unusually long and balanced cabin.” We’ll have to wait for the reveal on January 15 for more information.

Jeep is in desperate need of a pick-me-up, with sales down 54.7% in 2017. In a market favourable to crossovers and SUVs, this is little short of a disaster. Can a facelifted Cherokee – which performs well in other countries – reverse Jeep’s fortunes in the UK?

It certainly looks more appealing than the outgoing model, with a face that’s more akin to the all-new Compass and larger Grand Cherokee. Jeep is also promising more fuel-efficient engines for the 2018 update.

Limitless was a 2011 film starring Bradley Cooper and Robert De Niro, in which a struggling writer pops a pill that enables him to utilise 100% of his brain. It’s a brilliant film, but it has little in common with the new Lexus concept, aside from the name.

The LF-1 Limitless is a flagship crossover, but Lexus is giving little else away. “Lexus will reveal a striking new concept that reflects the next genre in luxury crossover vehicles.” Bradley Cooper’s character would know what it looks like before the car is unveiled on January 15. 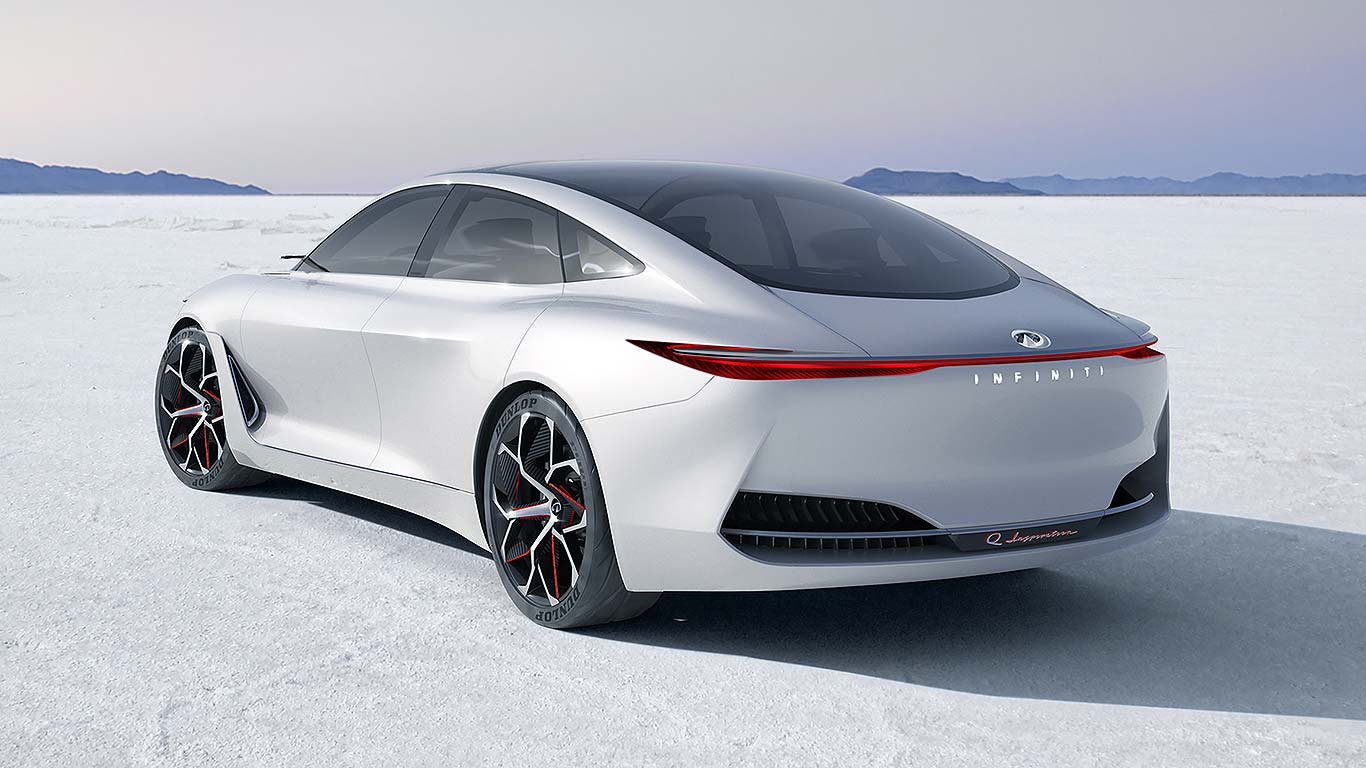 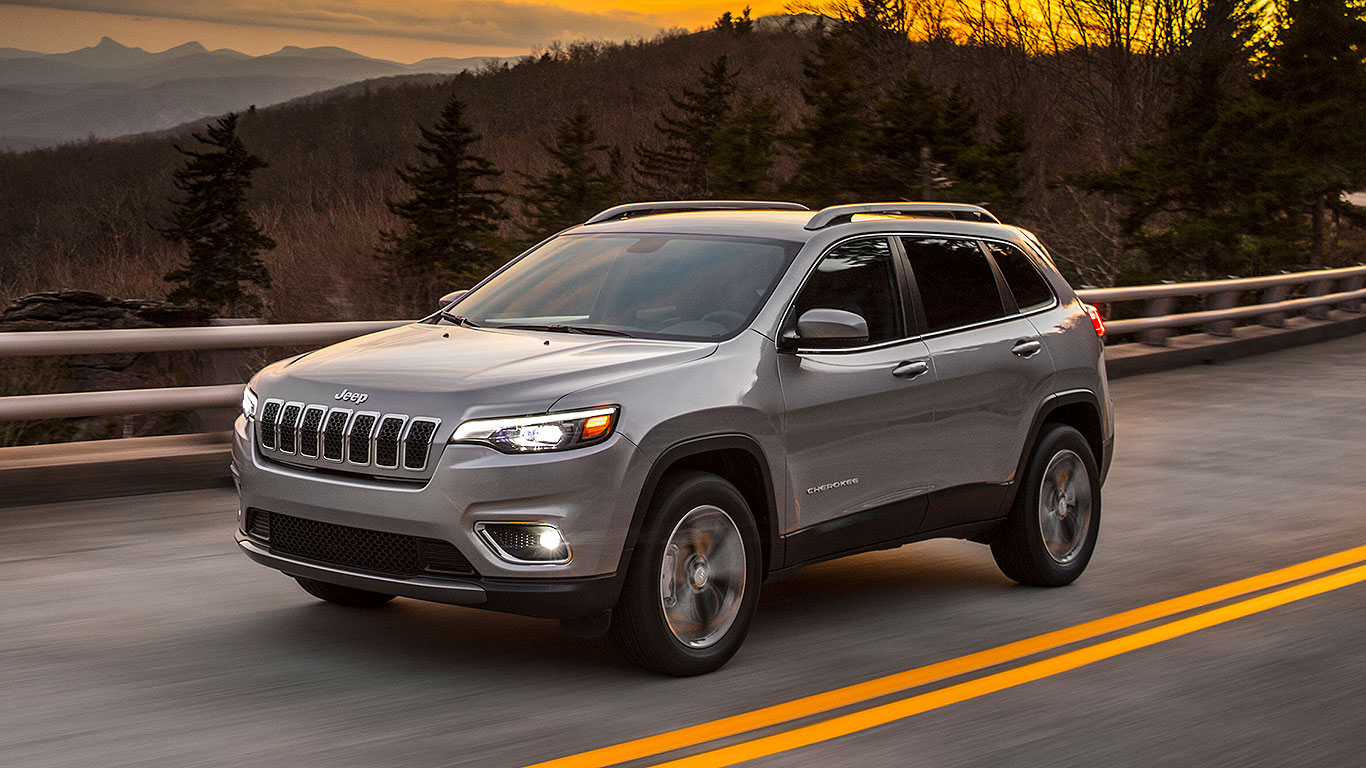 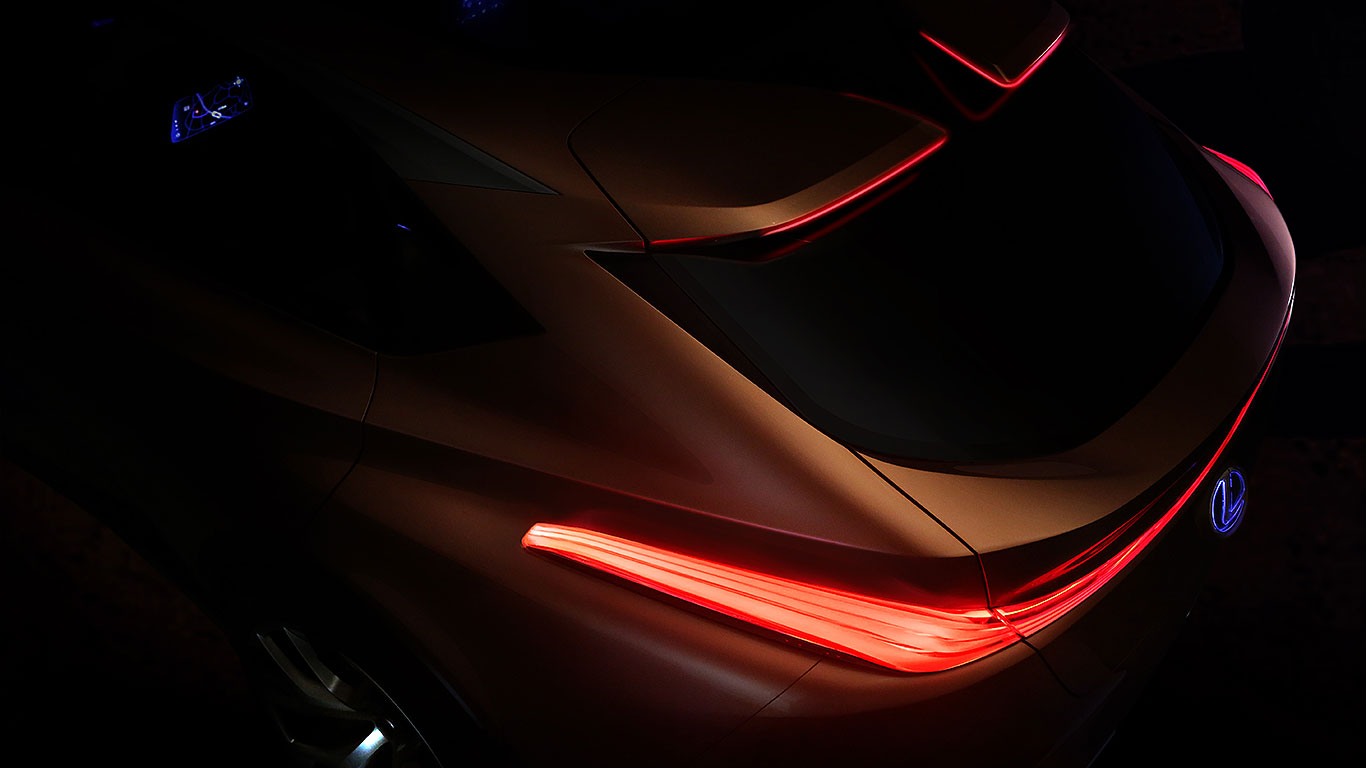 The Mercedes-AMG CLS 53 is a petrol-electric hybrid version of the standard CLS. In common with AMG 43 models, it’s powered by a 3.0-litre straight-six engine, which combines with an electric motor to produce 429hp.

This signals the end for the Mercedes-AMG CLS 63, meaning you can wave goodbye to the 5.5-litre V8 bi-turbo engine in this body. But don’t worry, there’s a four-door AMG GT on the way…

“The primary goal of development was to make the new G-Class even more effective off-road,” says Mercedes-Benz. Little surprise, then, that the new G features a ladder-type frame, three 100% differential locks and low range off-road ratio.

A thinly-disguised G-Class has been put through its paces on a 1,445-metre high road in Austria, but we expect it to be hosed down in time for the Detroit show.

There are a few spy shots of the 2019 Ram 1500 doing the rounds, but for now you’ll have to make do with this photo of the outgoing model. According to Autoblog, the new truck will feature a 5.7-litre V8, which will probably be accompanied by a V6 petrol and possibly a new version of the EcoDiesel V6.

Unlike the Silverado, we’re not expecting the Ram 1500 reveal to feature any helicopters. 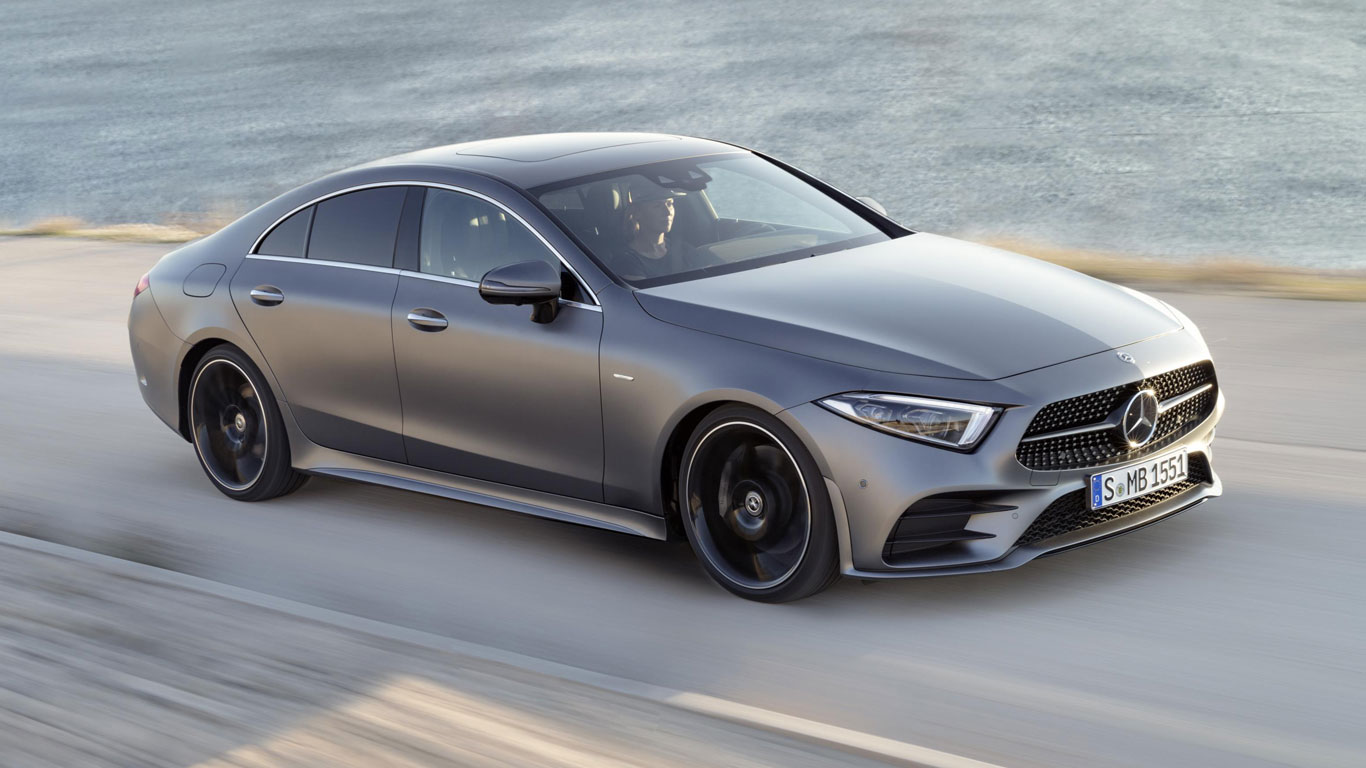 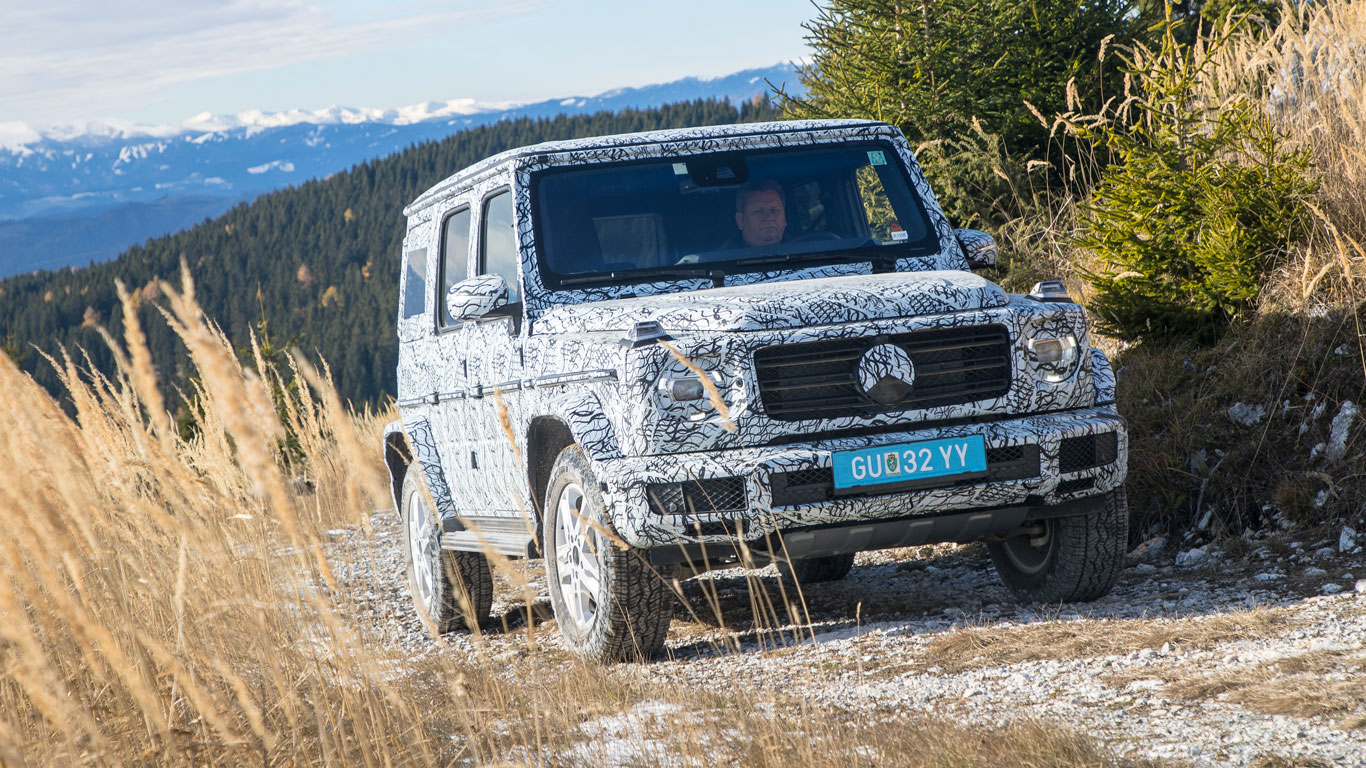 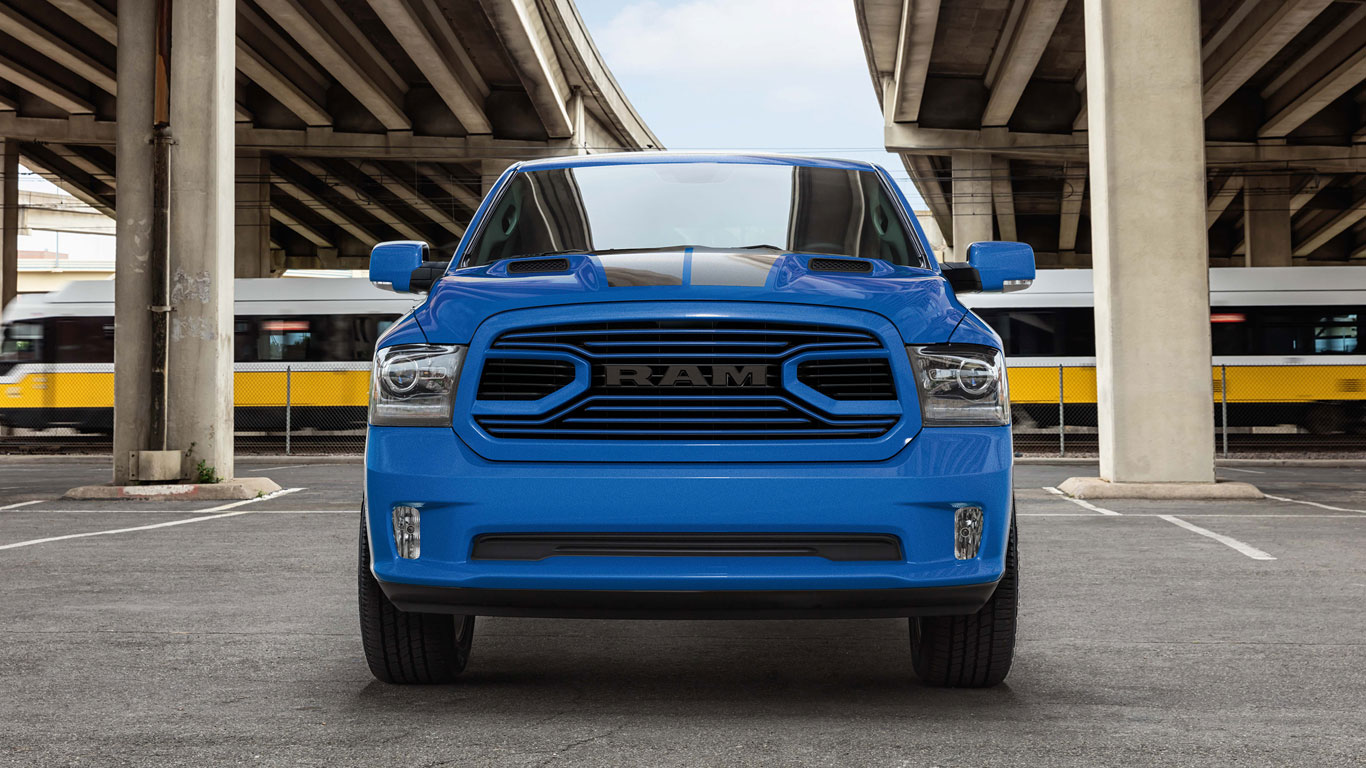 As if to prove the saloon is alive and kicking, Toyota will unveil a new Avalon at the 2018 Detroit Auto Show. If nothing else, Bryan Ferry will be delighted.

The Avalon nameplate dates back to 1994, with the current fourth-generation model introduced in 2012. A video shared on social media reveals that the 2019 Avalon features sequential indicators, like the ones you see on new Audis. We’ll have to wait for the show for more details.

“Volkswagen releases sketches of the all-new 2019 Jetta, ahead of its Detroit Show debut.” As press releases go, this is rather brief, but the Jetta is a big deal in the US, where the compact saloon is hugely popular.

It looks a little like the larger Volkswagen Arteon and is certainly more handsome than the UK-spec Jetta, which was given the chop in 2017. The new Jetta has been designed with the US market in mind, and we’re unlikely to see it in the UK. 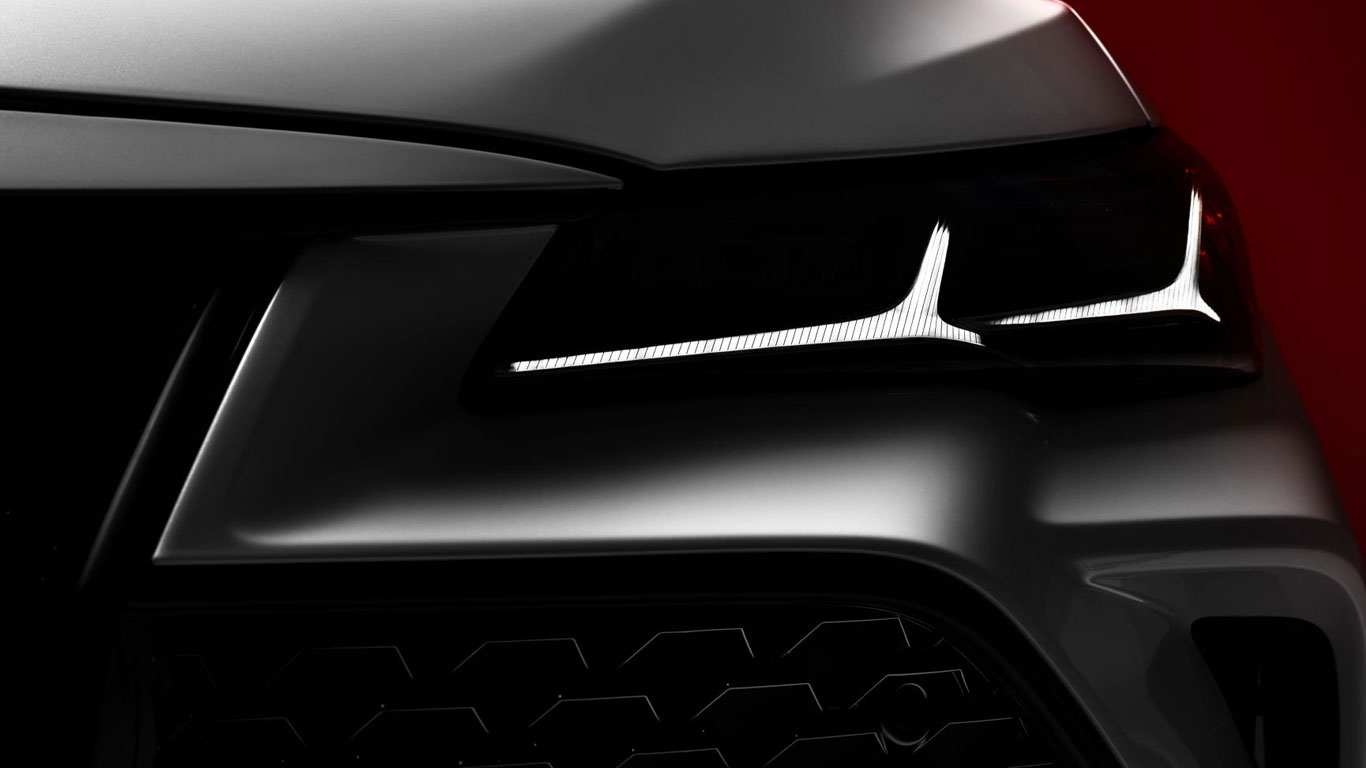 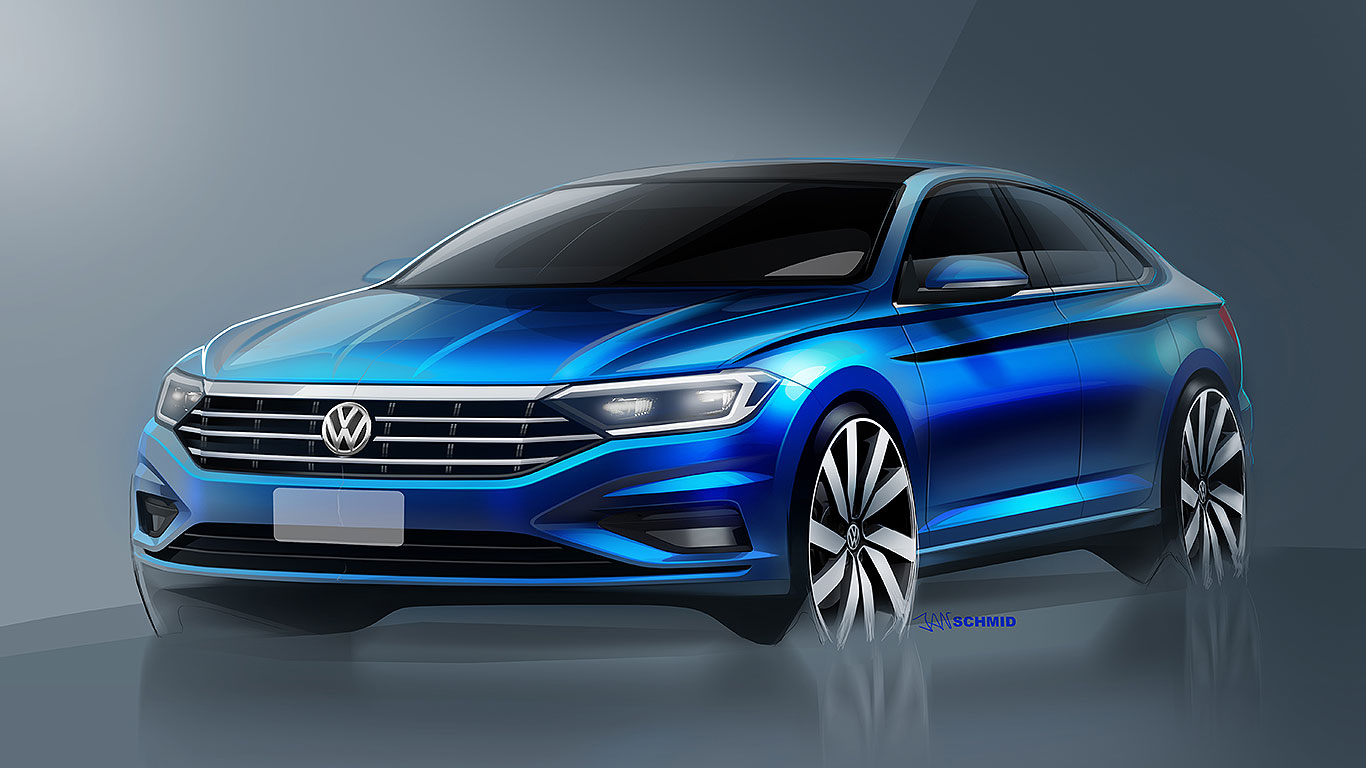 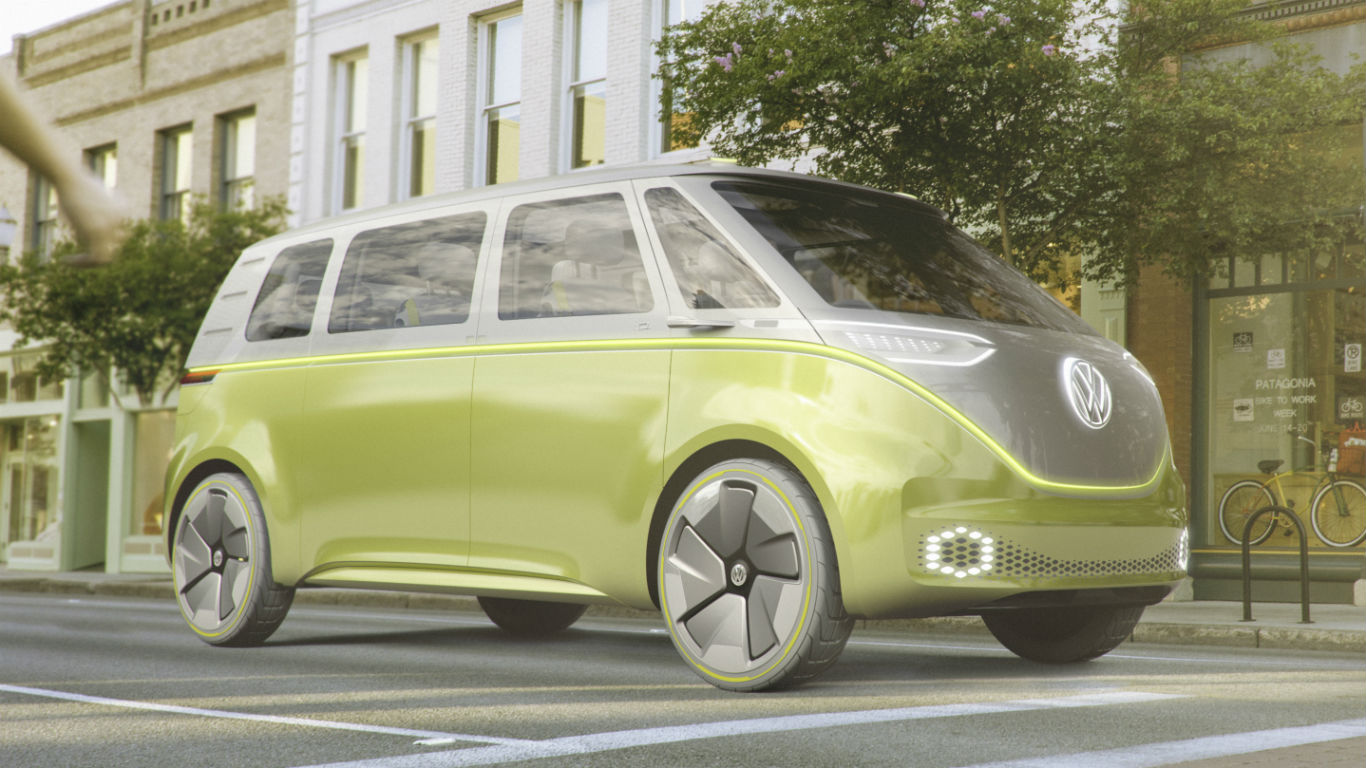 Ever wondered what a modern-day Volkswagen hippy van would look like? VW clearly has: hence the 2001 Microbus concept, the Bulli of 2011, last year’s Budd-e and, finally, the I.D. Buzz – set to be revealed at this year’s Detroit Auto Show.

With a push for eco-cars following the Dieselgate emissions scandal, now could be a good time to bring back flower power, this time in the form of an all-electric bus.

Based on an extended version of the firm’s new scalable MEB platform, the I.D. Buzz boasts a combined output of 369hp and an electric range of 373 miles. Naturally, it’s packed with autonomous functions: push the steering wheel and it disappears into the dash as the Buzz slips into ‘I.D. Pilot’ mode.

This decouples the steering column and uses laser sensors to detect other road users, while cameras, radar sensors and ultrasonic sensors monitor the van’s surroundings. 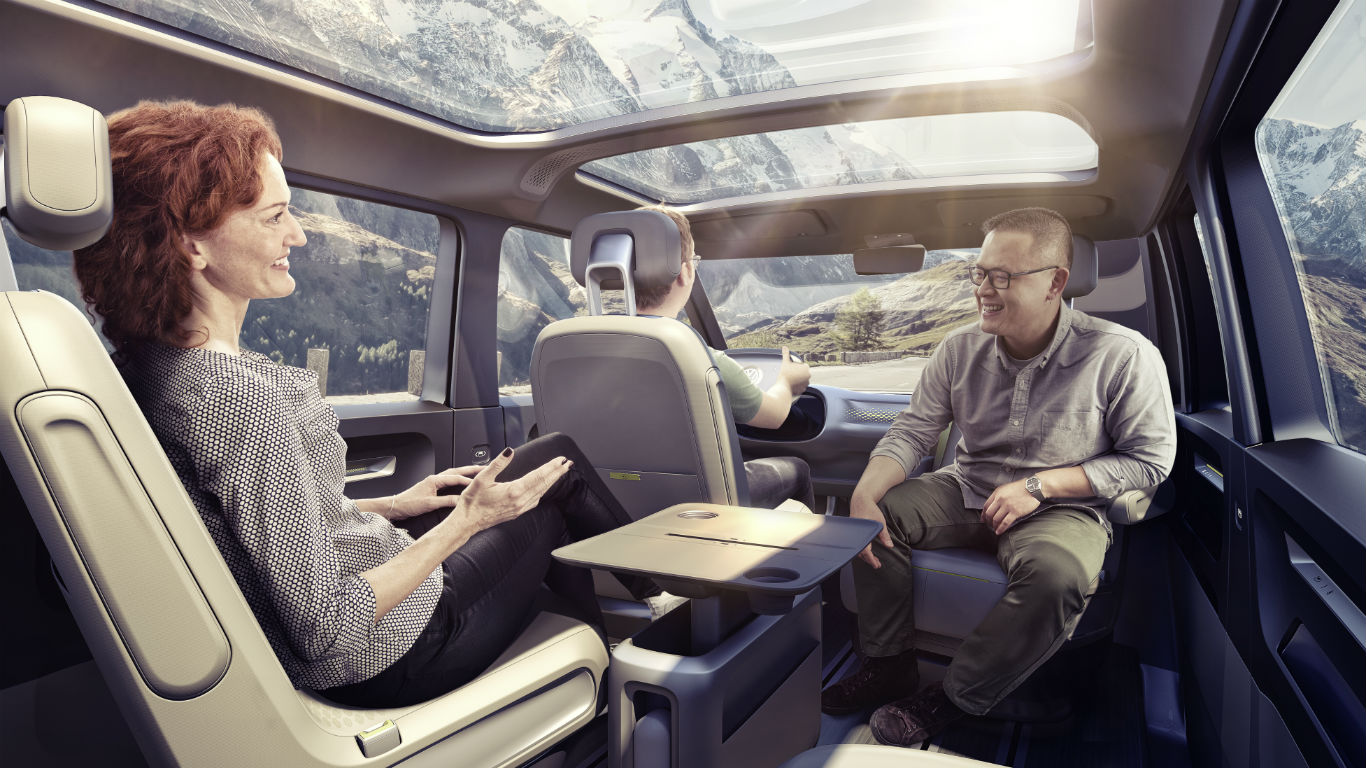 Inside, there’s room for eight people, with the front seats able to turn around and face the rear passengers once it’s in autonomous mode. The second row of seats can fold down and be used as a table, while the rear seats can be turned into a bed for overnight stays once the Buzz is stopped.

With a wooden floor, fancy coloured lighting and movable cushions, the interior is more homely than you might expect from a Volkswagen of the future.

There’s also a clever augmented reality head-up display. This projects virtual images from 23 to 49 feet ahead of the car – with the effect being ‘astonishingly realistic’, says VW. 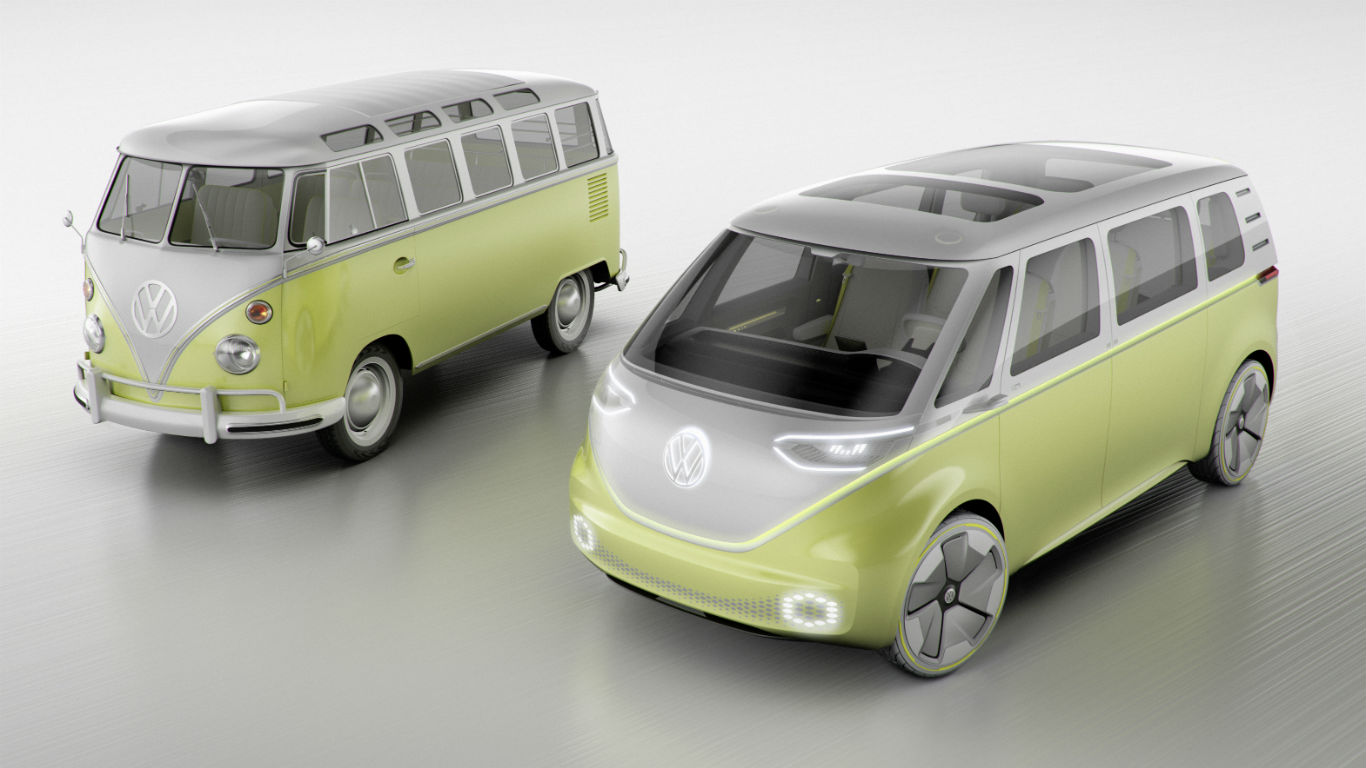 “The I.D. BUZZ is not a retro design on 22-inch wheels,” explains VW’s head of design, Klaus Bischoff.

“We have taken the logical next step forward in development, using what is in all likelihood the most successful design of its kind in the world. The entire design is extremely clean with its homogeneous surfaces and monolithic silhouette. The future and origins of Volkswagen design DNA combine here to create a new icon.”

There are some retro touches: the iconic ‘V’ on its front-end, for example, but the round headlights have been replaced by slim LED lights. These mimic the gestures of the human eye, says Volkswagen, allowing the Buzz to communicate with other traffic. When it’s parked up, the eyes appear closed, opening up to greet drivers and passengers.

When awakened, its lights ‘open’, while accelerating causes them to adopt a more aggressive look. During autonomous driving they truly act like eyes, looking in the direction the car is planning to turn.

Is the Volkswagen I.D. Buzz actually going to be sold? 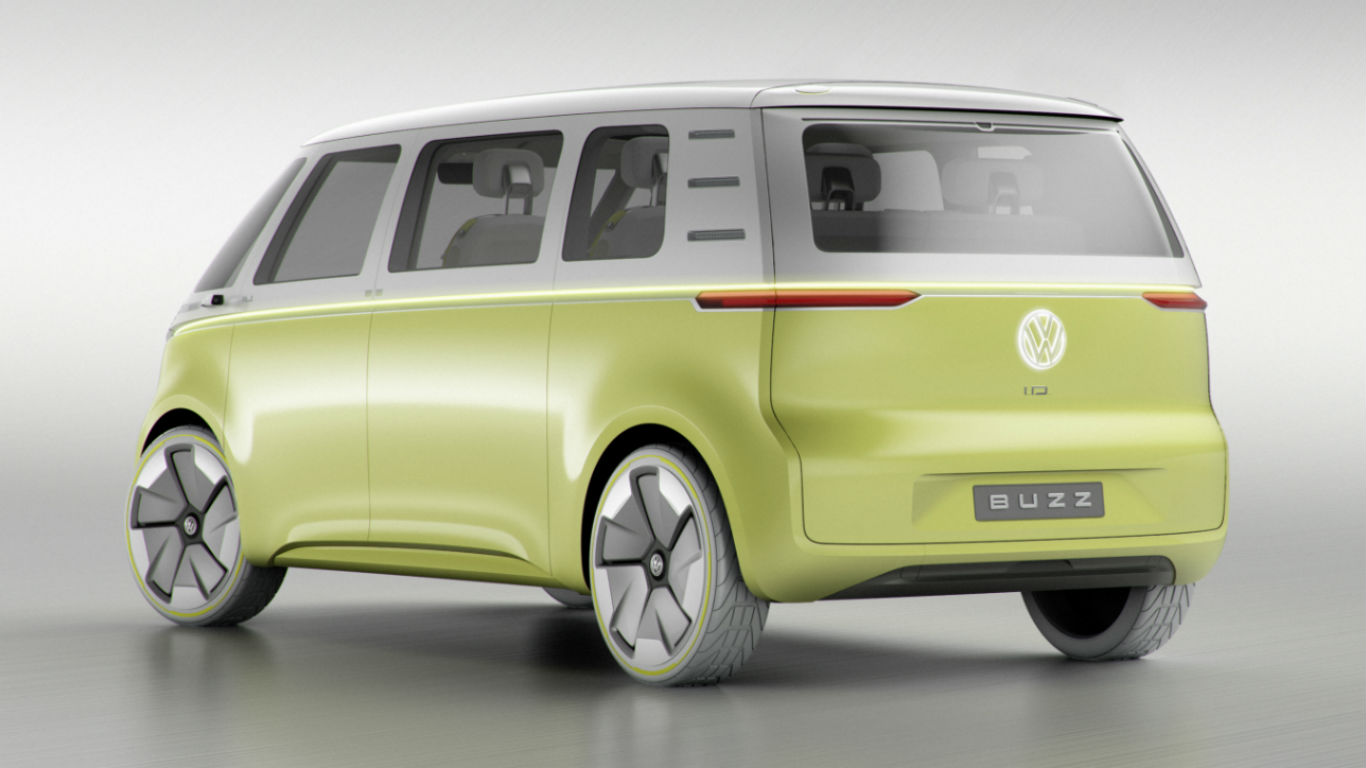 The company is aiming to launch its first car on the new MEB platform by 2020, and these could be autonomous by 2025.

Does this mean the Volkswagen I.D. Buzz will make production? Not necessarily – and certainly not without a great deal of revision, as you’d expect as technology progresses.

The Detroit Auto Show kicks off today, so stay tuned for all the latest from the Cobo Centre.