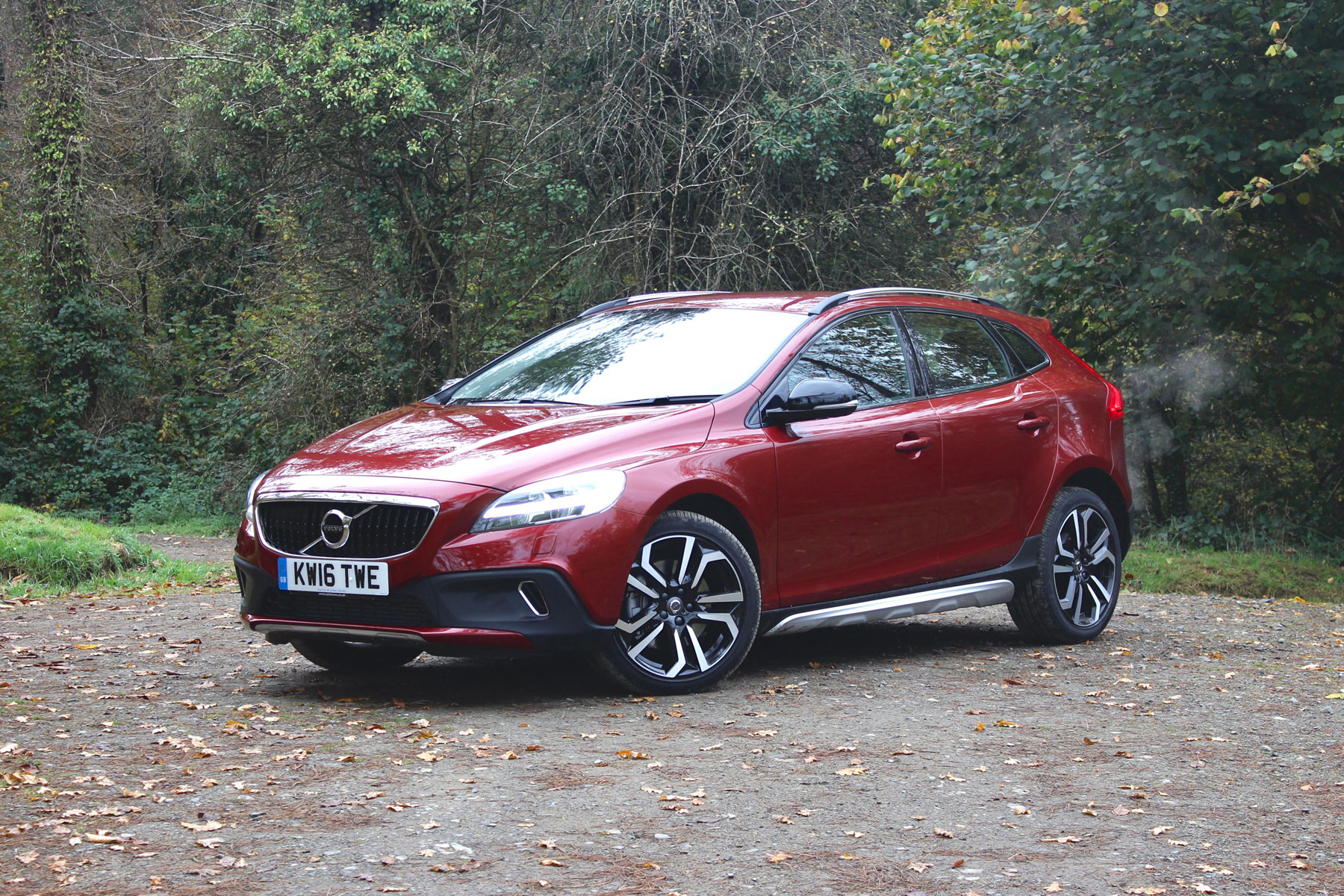 The Cross Country T5: no, not the name of a rail service you might see carving its way through the Home Counties, but the flagship model sitting atop the Volvo V40 range. With 245hp on tap and all-wheel drive, it could – at a push – be the thinking man’s Subaru WRX STI.

To keep the V40 current, Volvo has given the range a midlife refresh, with a subtle makeover and a few tweaks to bring it in line with the XC90 and new V90/S90. With temperatures dropping, we thought it was time to take the V40 Cross Country T5 for a winter blast.

The V40 Cross Country is more of a jacked-up hatchback than a standard crossover, so direct rivals are thin on the ground. Consider the likes of the Mercedes-Benz GLA and DS 4 Crossback as the most obvious challengers.

It goes without saying that the V40 Cross Country must also see off a host of me-too crossovers to reign supreme in a fiercely competitive sector. Not that it needs to; the V40 Cross Country is unashamedly niche and distinctive, while the T5 is the only model in the range to offer all-wheel drive. 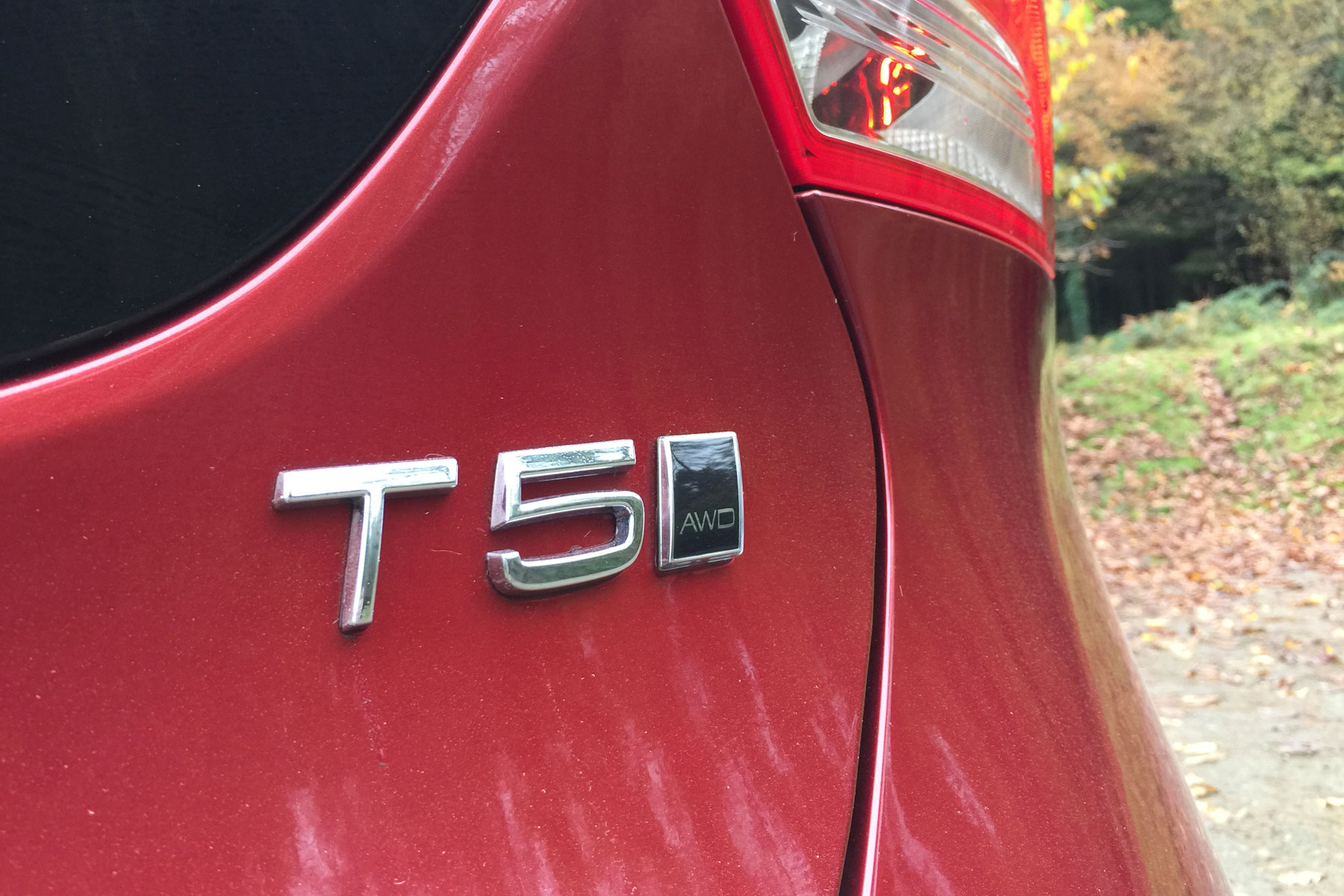 It means the V40 Cross Country T5 has lost one of its USPs, but it’s not all bad news…

The V40 Cross Country T5 will accelerate to 62mph in 6.4 seconds – the same time achieved by the larger 2.5-litre five-cylinder unit. Proof, if proof were needed, that Volvo’s decision to concentrate on four-cylinder Drive-E engines is no bad thing.

In the V40 Cross Country T5, much of the enjoyment stems from the sense of smug satisfaction that you’re driving an ideal winter weapon and you’ve refused to follow the crowd. It’s certainly quick, although Volvo’s ‘cotton wool’ approach to engineering dilutes any real sense of speed.

Instead, the T5 rewards you with security and reassurance, especially on damp roads and along gravel tracks. Thanks to all-wheel drive, the T5 is the only Cross Country model to take advantage of the 40mm increase in ride height.

Much as we mourn the passing of the five-cylinder engine, it was never the most fuel efficient unit on the planet. Previously, the claimed 34.0mpg average meant that running a T5 was a real heart over head decision.

In the new Cross Country, your head can rest easy with a claimed 47.9mpg average. That said, over the course of a week we were left with a figure of 25.1mpg. CO2 emissions of 137g/km equates to road tax of £130 a year. 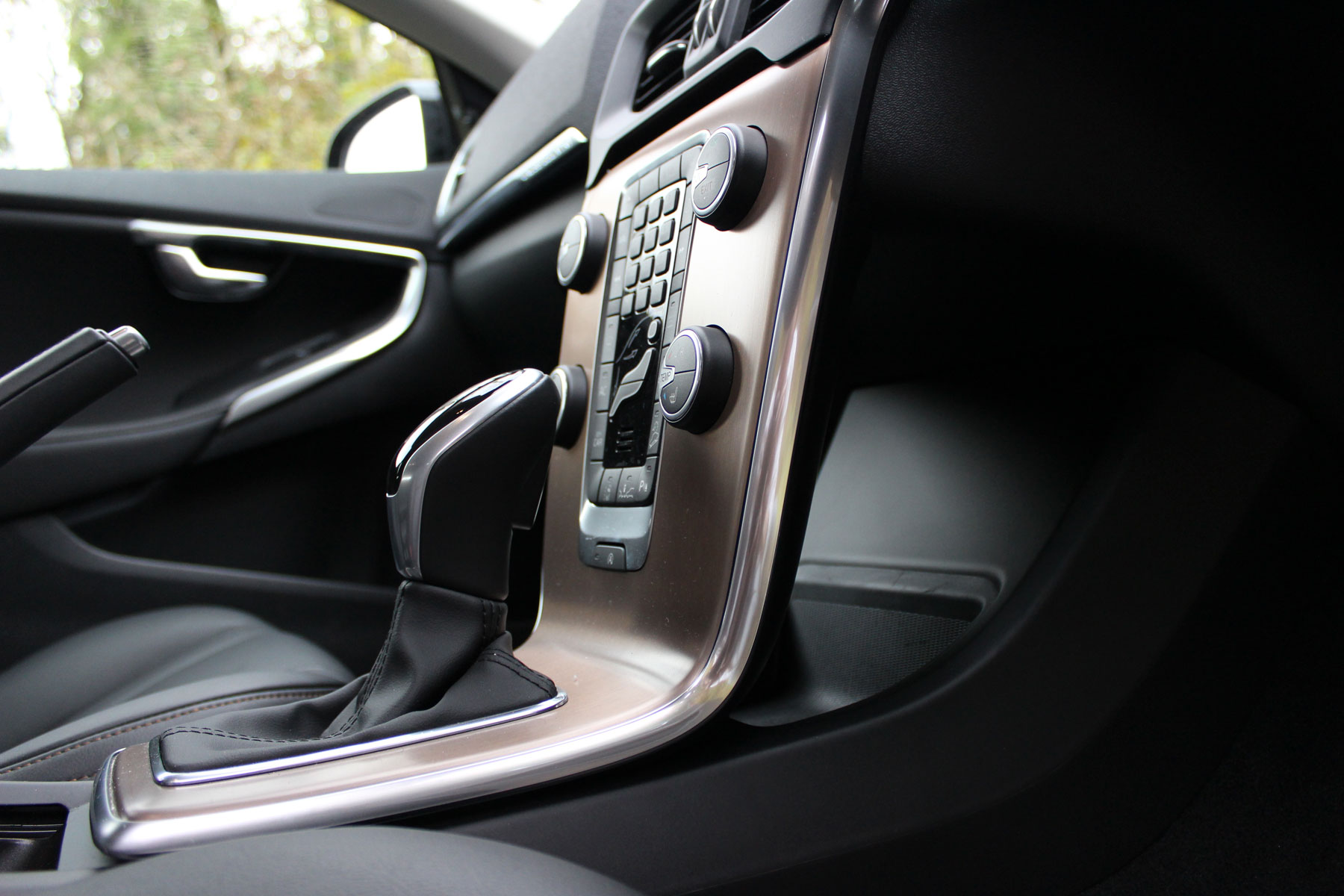 Until the launch of the XC90, we’d have been perfectly happy with the interior in the V40 Cross Country. But Volvo is its own worst enemy, as nothing can match the beautiful simplicity and elegance of the interior found in the XC90.

On the plus side, the V40 Cross Country remains a bastion of the wonderful ‘floating’ centre console, while the fit and finish is perfectly executed. Some will find the array of buttons and switches a little offensive, but at least you get a proper handbrake.

Supremely comfortable. Somehow, Volvo manages to create the most comfortable seats in the business, a fact you’ll only truly appreciate when you climb aboard a car without a Volvo badge.

Over long distances, the Volvo V40 Cross Country has a big car feel, making it an ideal company car. Our only complaint is the ride quality, which isn’t great on local roads and around town. This might have something to do with the 18-inch alloy wheels, standard on the T5.

As a jacked-up five-door hatchback, the V40 Cross Country isn’t going to be quite as practical as a standard crossover. Boot space of 335 litres compares to 430 litres in the Nissan Qashqai, while space for rear seats passengers doesn’t feel quite as generous.

The flexible load floor with grocery bag holder (£100) is a welcome touch, while the large door bins and space between the front seats are great for storage. There’s also a handy space behind the ‘floating’ centre console.

Standard equipment on all V40 Cross Country models includes LED headlights, two-zone climate control, digital radio, Bluetooth and hill-start assist. Note the ‘Thor’s hammer’ headlights at the front, which bring a touch of the XC90 to the V40. 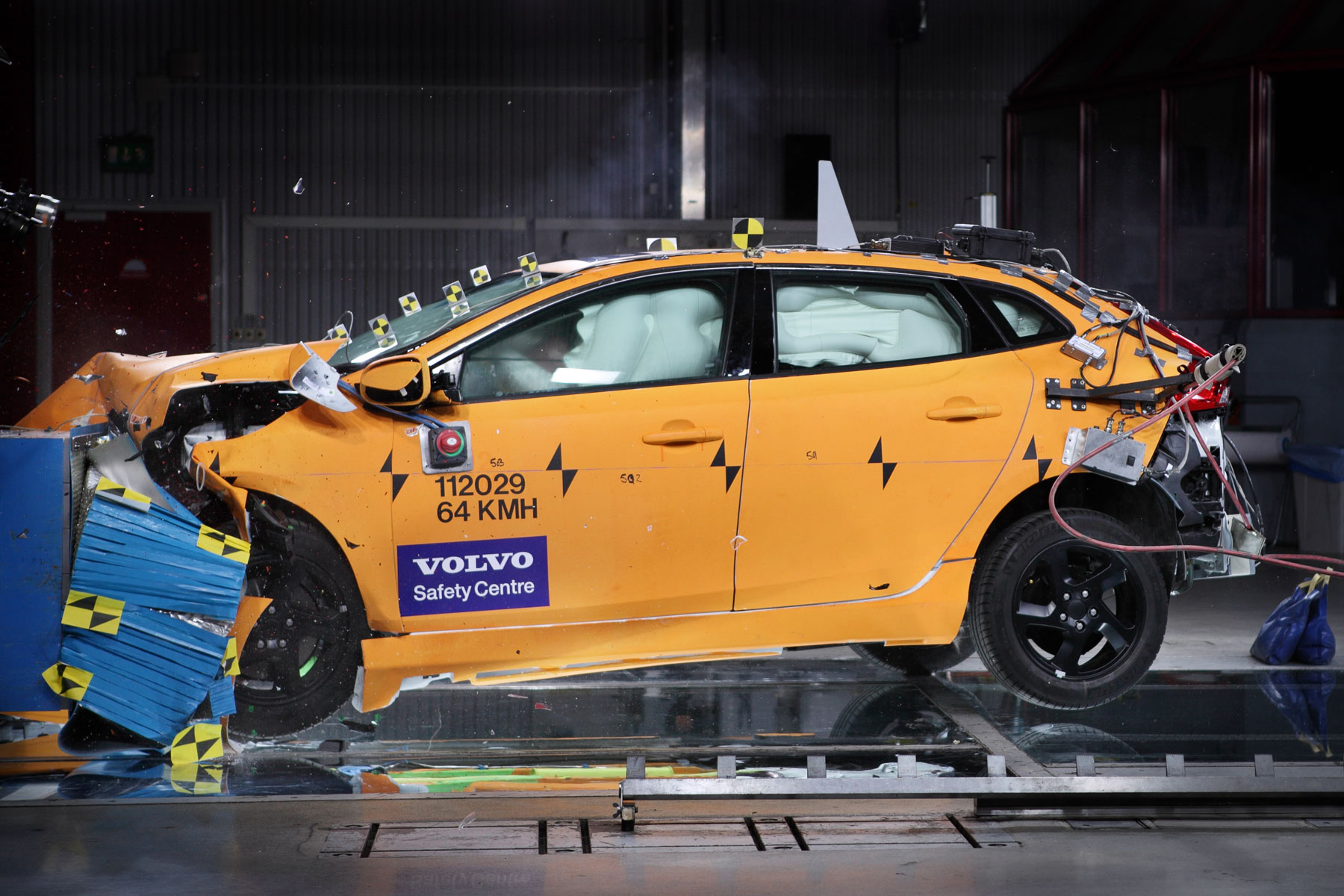 At its launch in 2012, the Volvo V40 was named as the safest car ever tested by Euro NCAP, so its safety credentials are in no doubt.

As we said earlier, the V40 Cross Country range starts from £23,555, so parting with £33,975 for the flagship T5 Pro is a big leap. Add a few options, and you could be knocking on the door of £40,000 for what is essentially a family hatchback with a raised ride height.

If you really need all-wheel drive, the T5 is your only option. Buy one and you’ll join a select group of people in the UK. 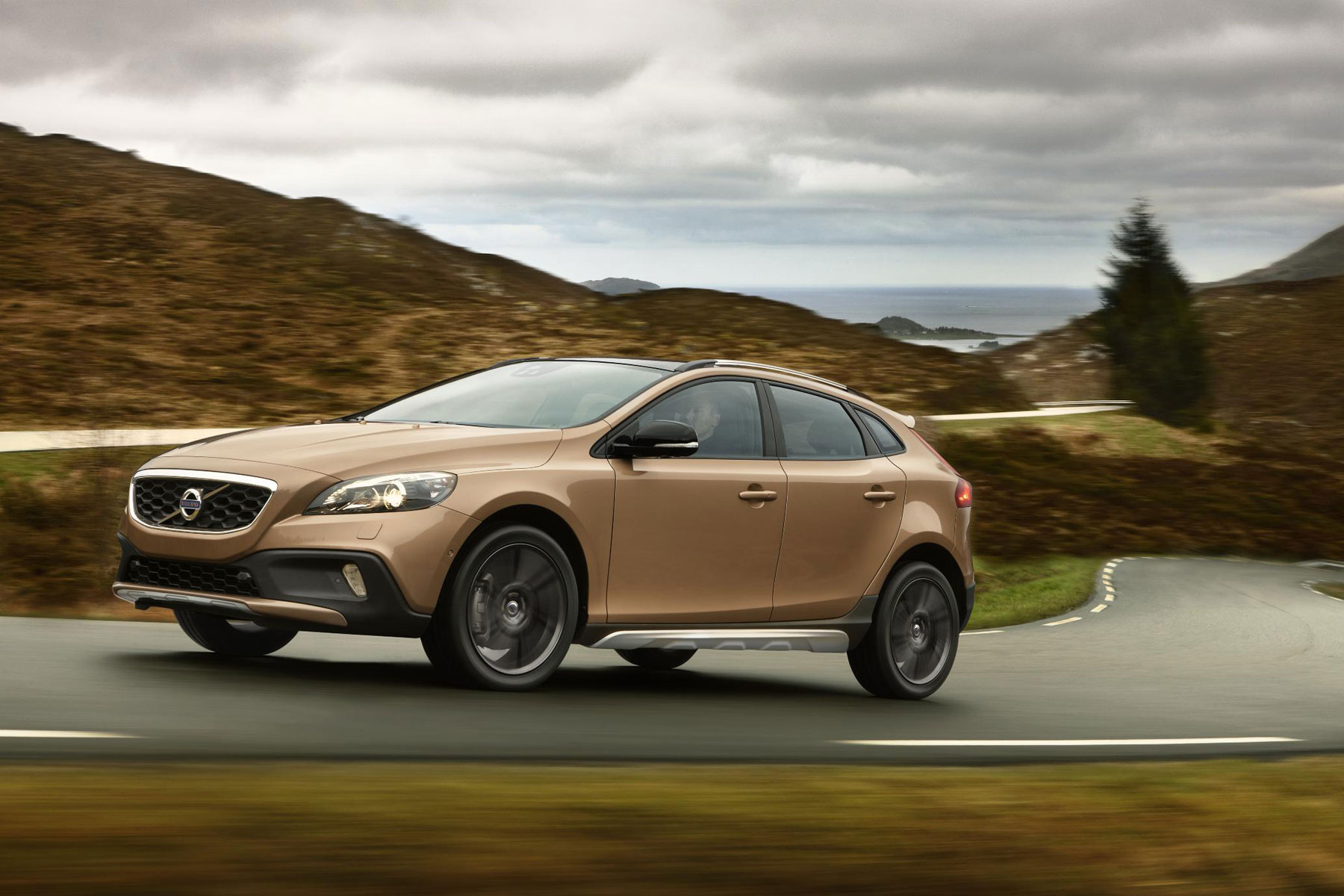 The most obvious used alternative is the original Volvo V40 Cross Country T5, complete with 2.5-litre five-cylinder engine. Good luck finding one, as at the time of writing there are none for sale on Auto Trader or eBay.

Alternatively, you could buy a nearly new current generation Cross Country T5 from a main dealer for a price ranging from £25,000 to £28,000. Depreciation is a problem for somebody else.

If head rules the heart, we’d say no. A Volvo V40 Cross Country T3 at £23,555 plus a few desirable options makes much more sense and will provide all the benefits of the V40’s delightful interior and the distinctive styling.

However, our hearts say something different. There’s an old-school, anti-establishment charm associated with the Cross Country T5. A petrol-engined, all-wheel drive oddity that would be a wonderful companion over the winter months.

As of Q2 2016, there were only six Volvo V40 Cross Country Pro T5s registered in the UK, with a further 111 Cross Country T5s in a different trim level. Remember what we were saying about a select group of buyers?