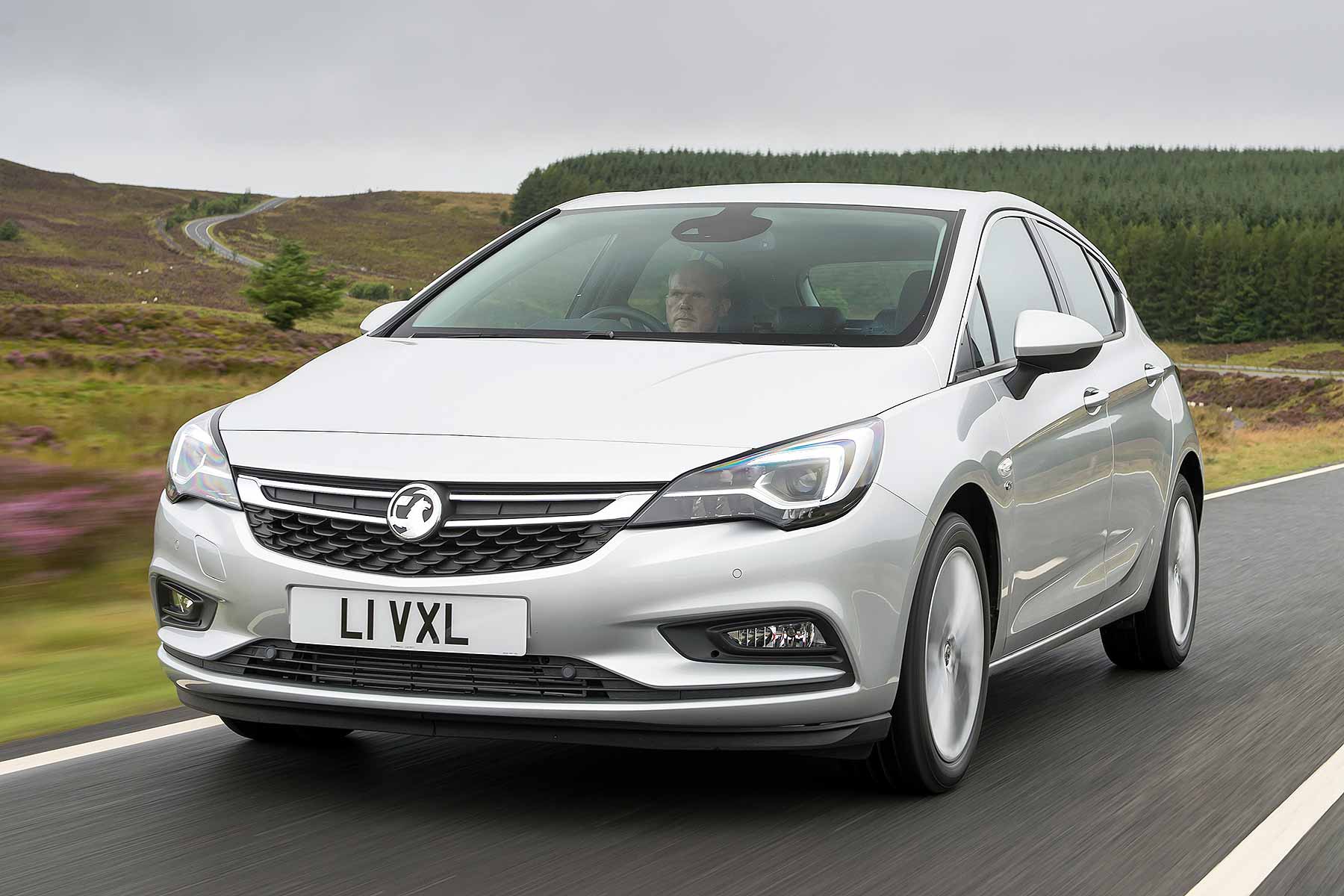 But it isn’t. To date, the ageing Astra is the sixth most popular car in Britain, a full 20,000 units behind the Focus. The Volkswagen Golf is more popular. The British-built Nissan Qashqai crossover is more popular, for goodness sake. This isn’t how things should be.

Vauxhall knows this. Which is why the all-new Astra has been rethought from the ground up. It’s smaller on the outside than the current car, but bigger on the inside. It has a largely all-new range of engines. The trim line-up is more straightforward. The interior is quantum-leap cleaner and less fussy in design.

In the metal, it’s sharper and less beaky than today’s car. It’s not as bulbous and the contoured surfacing for the side panels is more premium brand than mainstream. The standout is the ‘floating roof’ C-pillar, giving it from-a-distance distinctiveness.

Full matrix LED headlights, like on an Audi A8, are optional, as are tecchy LED tail lamps. The engines from Vauxhall’s all-new turbo family are much-improved, as are the gearboxes, and although the chassis lacks a multi-link rear, the firm says its twist-beam with Watt’s linkage solution is arguably better.

The real headline-grabber is on board, though. This is the first volume Astra to have the firm’s OnStar online concierge system, with a year’s free 4G data (and Wi-Fi hotspot tech) thrown in for free. With Apple CarPlay included too, Vauxhall reckons it’s stolen on a march on the competition here.

It will only have done so if the car itself is better to drive, live with and own than the dreary, disappointing current car, though. Vauxhall desperately needs a stepchange with the new Astra. Does it deliver one? 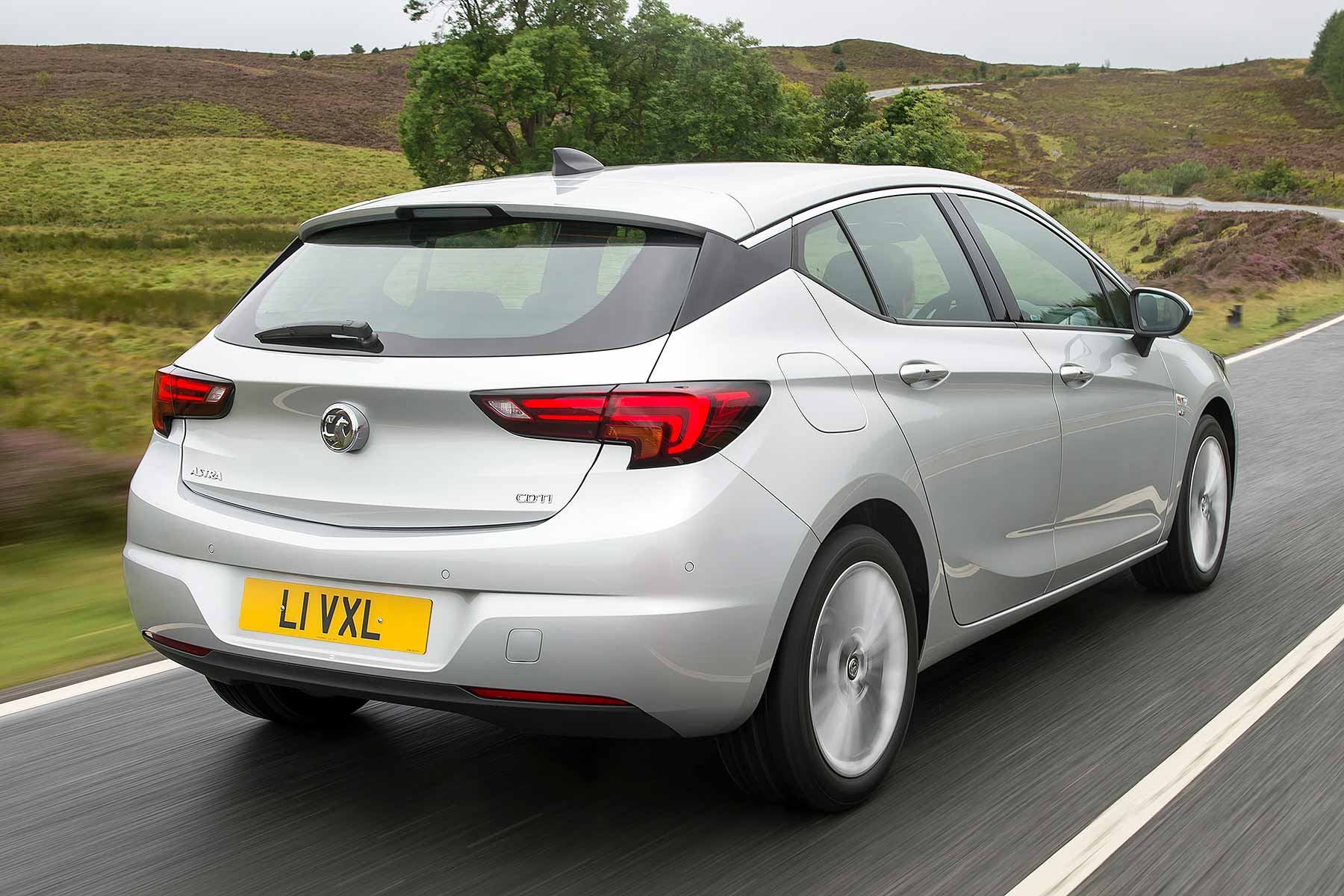 Vauxhall says the new Astra is between 120kg-200kg lighter than the current car; there’s up to 80kg taken out of the bodyshell and 50kg out of the chassis. And this light-weighting of the hardware can be felt immediately on the road.

Whereas the current Astra is rather mushy, stolid and lifeless, the new car feels much more responsive, agile and able. The steering is far crisper and more direct for one, with on-centre precision where the old car offered uncertainty. It turns into corners confidently and the taut chassis is easy to place.

The setup is a bit sportier than the old car, which does make the ride a little taut over minor irritations, but plentiful work on spring and damper tuning means it actually absorbs bigger bumps absorbently. The additional body control over undulating roads is a big step on too: the Astra no longer heaves and wallows.

First impressions are of a car that has the sort of rolling refinement and composure of a Golf, with the extra bit of control and incisiveness of a Focus. Class comparisons will have to wait for the group tests, but it’s certainly a big step on from today’s model: it’s an Astra you may, at last, enjoy driving. 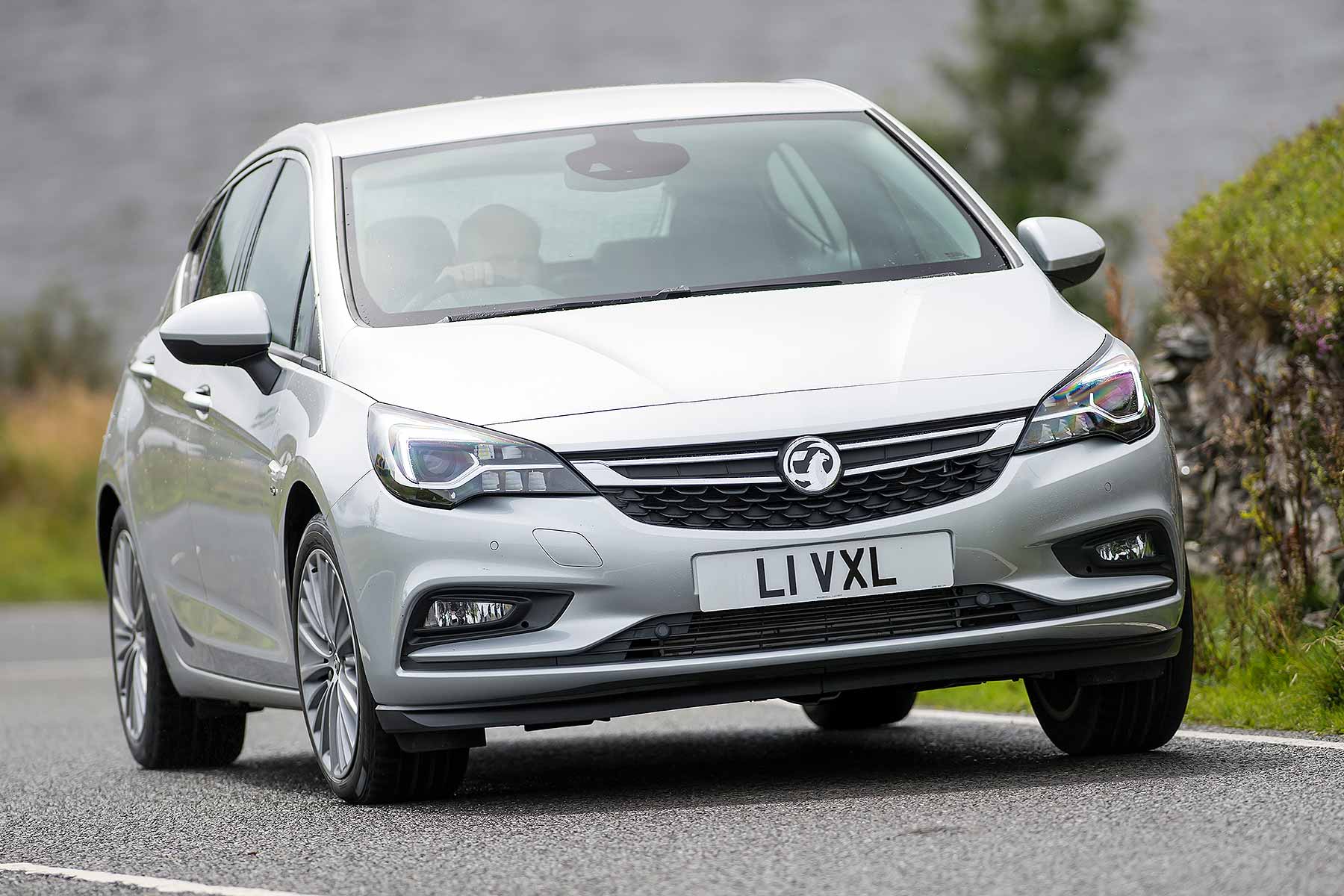 The engine range is broad; we tried the volume 1.6-lire CDTi and found it nicely torquey and, for a diesel, sweet-spinning. It lugs well from low revs and the all-new six-speed gearbox transforms the general driving experience – snappier, lighter and more precise, it no longer feels pre-aged to 150,000 miles’ use from the factory.

The new 1.4-litre turbo is impressive, with full rev range spark and seemingly just as much lugging ability as the diesel. It’s quiet and smooth too, in contrast to the throbby 1.4-litre turbo of today’s car: we liked it a lot.

An interesting addition is the three-cylinder 1.0-litre turbo from the Corsa and Adam, Offered in 105hp guise, it’s a disarmingly smooth and quiet engine in normal use – the sort of motor you think has stalled when sitting at the lights. It does need winding up, and does get a bit throbby when worked hard, but is an interesting addition if you don’t mind whipping through the improved new gearbox a bit more than the other units.

2015 Vauxhall Astra: on the inside 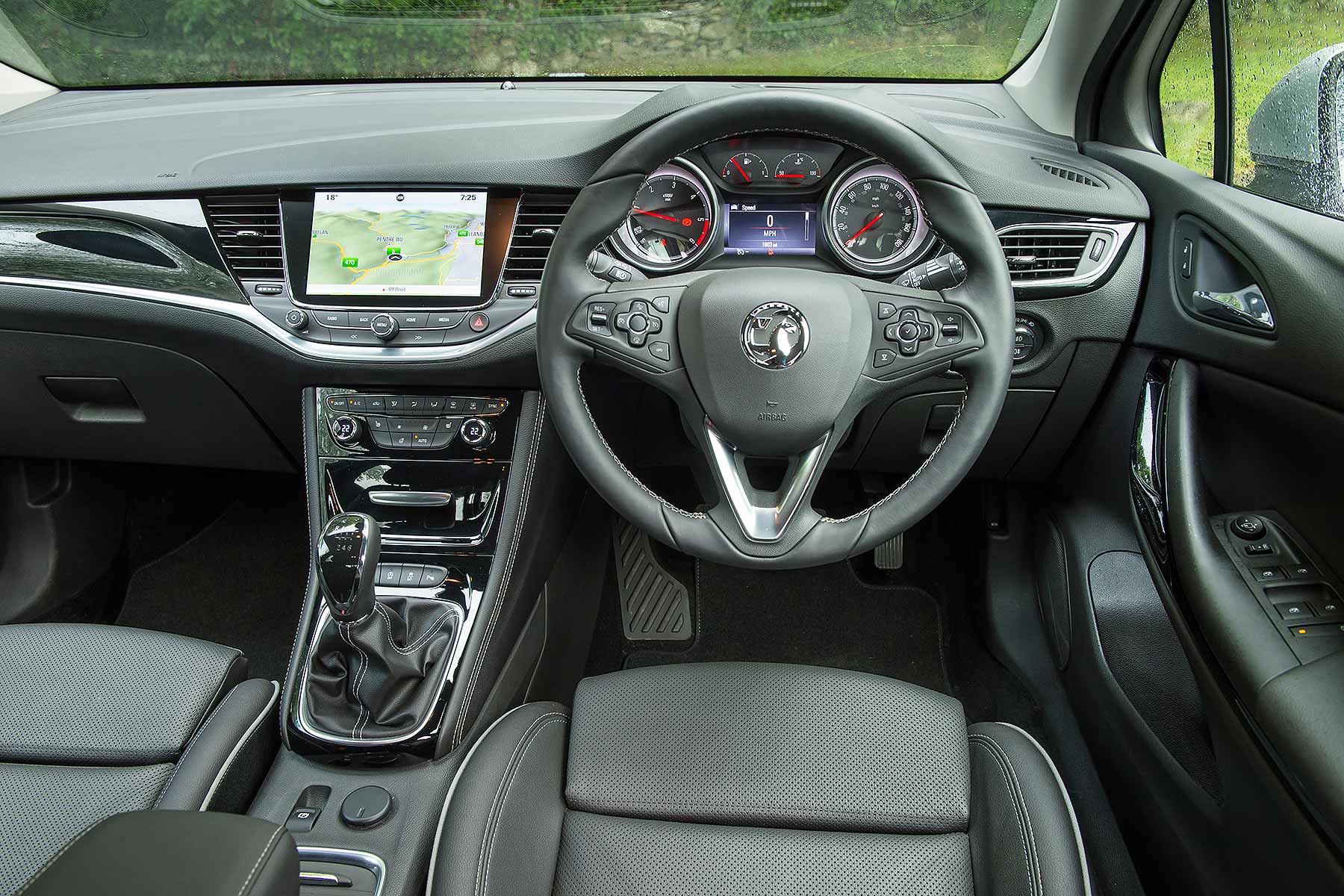 What a transformation the interior is. Whereas the old car was claustrophobic, oddly proportioned and catastrophically over-burdened with buttons, shiny plastics and unnecessarily fiddly details, the new car is clean, modern and, we’ll say it again, premium.

Detail jewels such as the crisp, backlit dials and piano black trim are expensive-feeling, and the more logical layout of buttons on the dash is much more intelligent – and even if the steering wheel still has far too many buttons, the rim itself is nicely shaped and good to hold. The column stalks are better, too.

The centrepiece is the central screen though, ultra-high clarity and positioned behind a full-length cover for added premium feel. Design and Energy get a 7-inch colour touchscreen but all other cars have a better 8-inch screen: these are the ones you want. 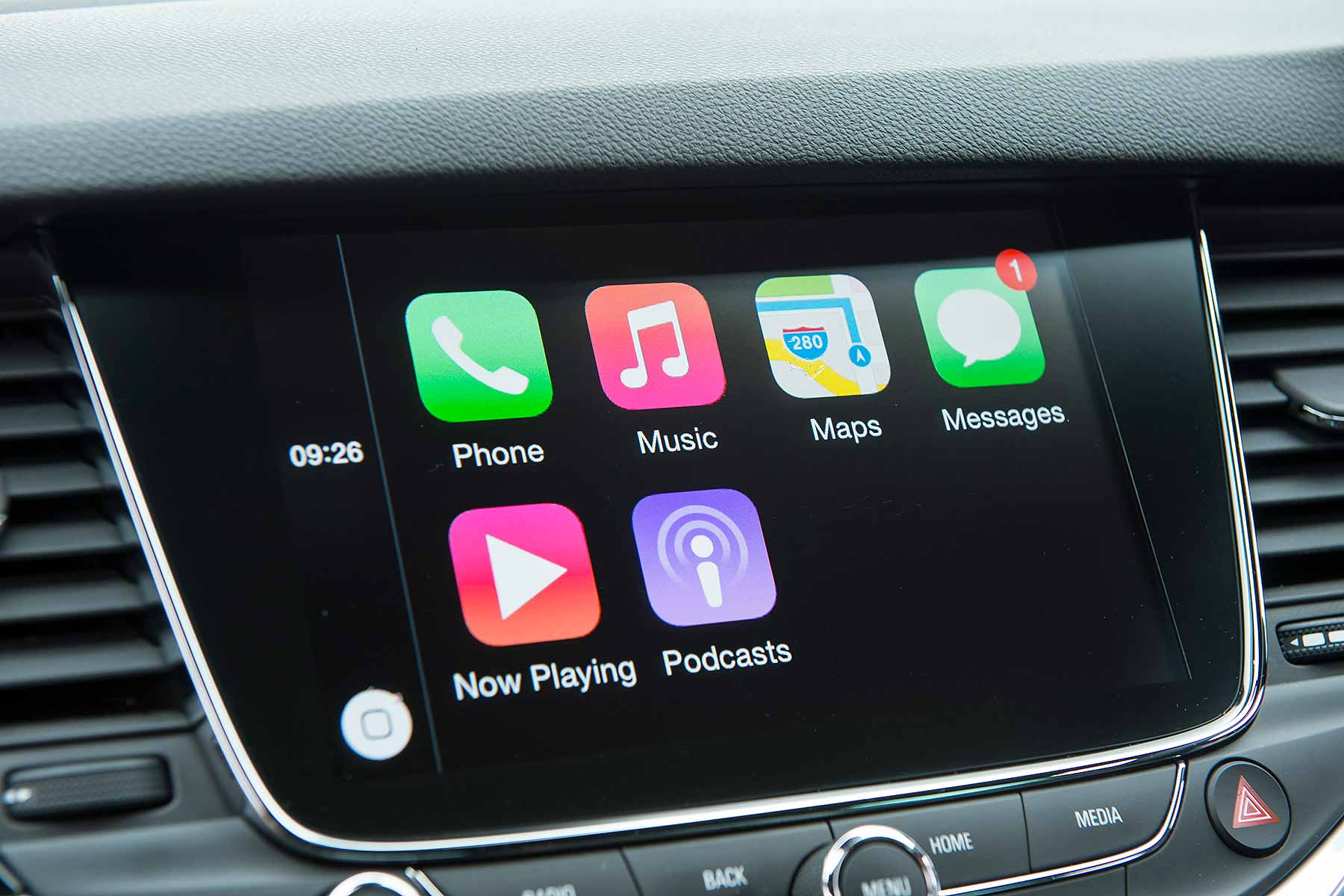 Fast-reacting, intuitive, clear and packed deep with functionality and features, the new Astra’s infotainment system is class-leading. The star of the show will be OnStar – even if you never use the easy dial-up concierge (that can set sat nav over the air from you asking ‘take me to the nearest Costa coffee’ or similar), the easy-connect Wi-Fi hotspots for as many devices as the car packs passengers will be a boon.

Indeed, as the inclusive OnStar internet package, free for 12 months, is 4G-fast and uses the car’s roof antennae for an ultra-strong signal, the Astra is likely to immediately be class-leading in the eyes of your passengers.

That they now have more space in the rear, and a comfier rear bench, and will find it easier to get in and out – oh, and can even have heated rear seats if you’re prepared to pay for it – simply further enhances the new Astra’s appeal to passengers. The boot is bigger too, and the more compact rear suspension means it’s deeper and potentially more practically-shaped than rivals.

As if all that infotainment excitement wasn’t enough, all new Astras with the R4.0 IntelliLink audio system get Apple CarPlay. Plug in your iPhone and key features can be easily used through the touchscreen itself. It’s not a Vauxhall innovation, but it’s still brilliant – and the Astra is one of the first cars in the UK to have it.

Vauxhall has intentionally simplified the trim line-up, which should help residuals, and says list prices themselves are much better value than the current car. It expects the SRi to be the volume model, with either the 1.4-litre turbo 150 or 1.6-litre CDTi 136; SRi trim is almost £1,000 cheaper than today’s version and has a fleet-friendly, insurance-friendly driver assistance package, OnStar and sports seats all as standard. There’s a fleet-friendly SRi Nav derivative too.

Other trims stretch from Design, fleet-focused Tech Line and retail-focused Energy, through SRi to the range-topping Elite. Impressively, Vauxhall reckons the Elite, which has electric leather seats, climate control plus heated rear seats and a couple of extra USB sockets for those in the back, to be a strong seller as well. Well, it is £1,960 cheaper than the current car… 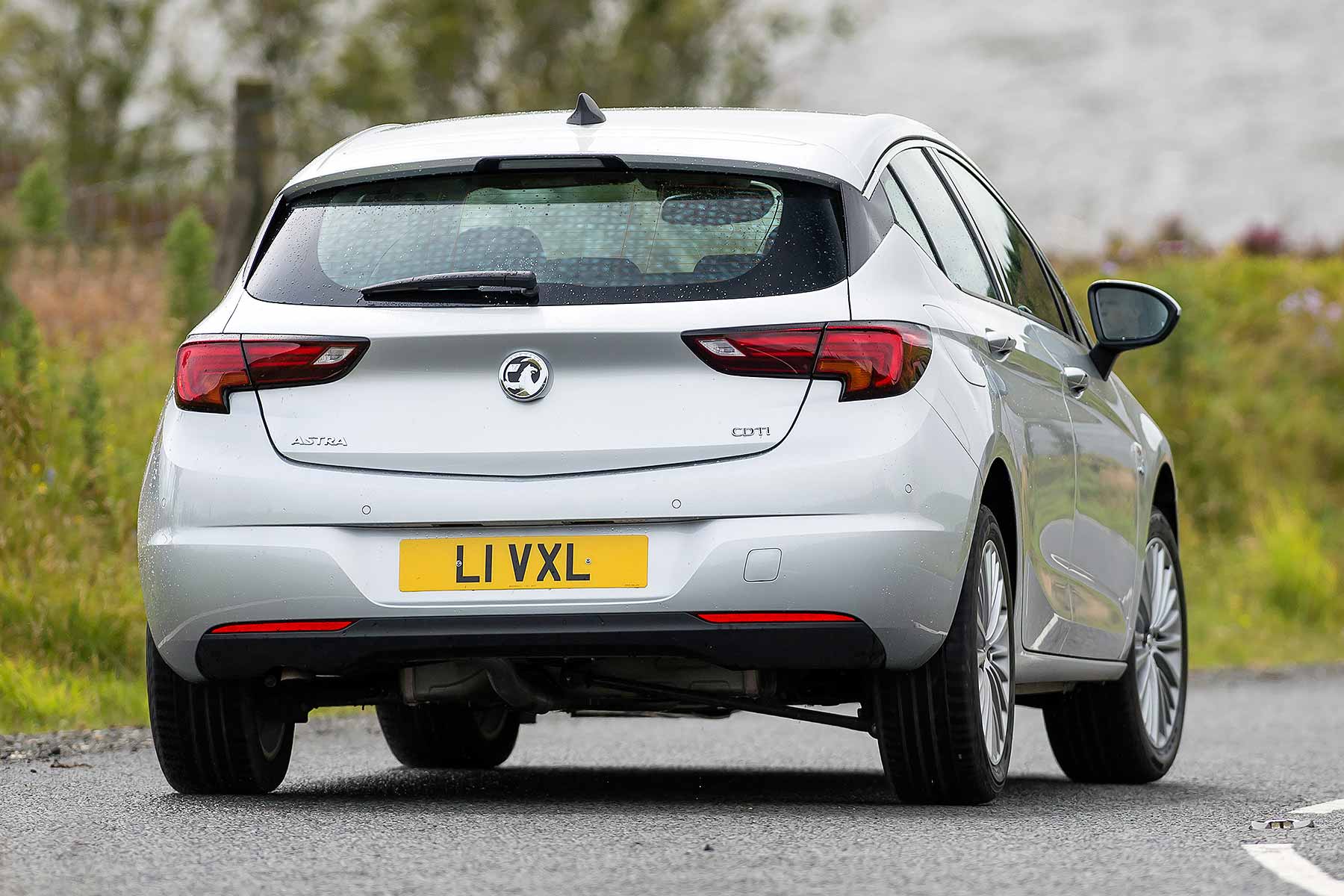 If you’re familiar with, and unimpressed by, today’s disappointingly old-Vauxhall Astra, prepare to be surprised: the new one is a huge improvement. It’s nicer to look at, nicer to drive and much nicer to sit in. With the extra infotainment tech Vauxhall’s launched on it, the new Astra can even claim sector-unique appeal.

There’s still a bit of an image problem to overcome, but the new car’s considerable additional appeal should help enormously here. From being a meek also-ran, it’s now a much more competitive alternative to the Volkswagen Golf and Ford Focus – with the ability to edge them in some key areas that could sway buying decisions.

Impressed? So are we. Bring on the group tests: on first evidence, the Focus should be worried.