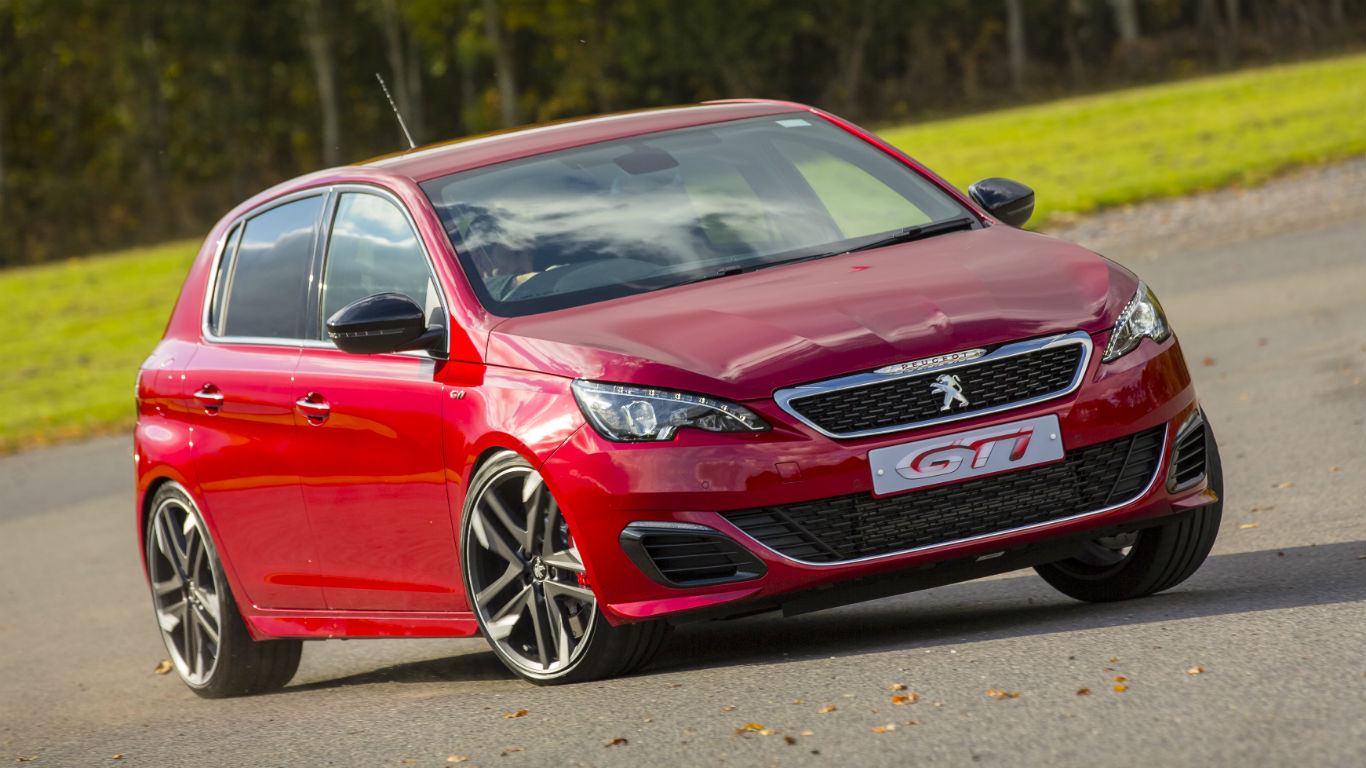 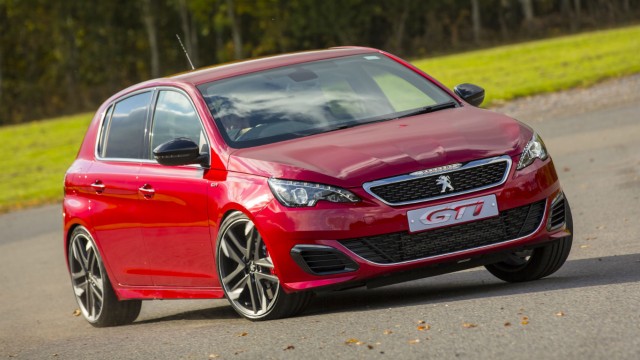 We first saw the 308 GTI at Goodwood Festival of Speed in June. Now we’ve finally driven it on UK roads – and on-track at Donington Park – ahead of the on-sale date of 5 November. Peugeot’s hottest hatch might look subtle, but it packs a 250hp punch – or 270hp in full-fat Peugeot Sport guise. Prices start from £26,555.

Peugeot 308 GTI: What are its rivals?

Fast family cars are back in fashion and the 308 has no shortage of capable rivals. First in the firing line is the Volkswagen Golf GTI, the hot hatch benchmark for nearly four decades. The Ford Focus ST and SEAT Leon Cupra are worthy alternatives, too – both cheaper and arguably more fun to drive than the Golf. And the Honda Civic Type R is our (literal) wild card. It offers furious performance speed, but at a price. 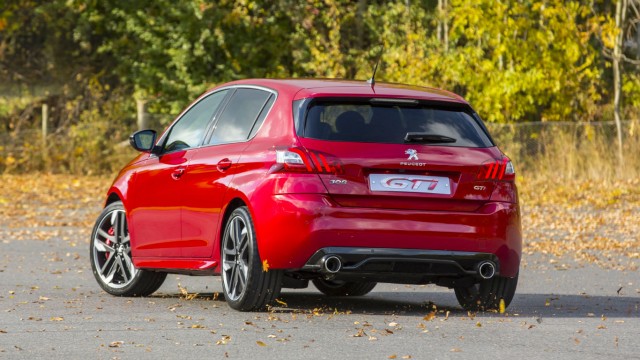 Peugeot 308 GTI: Which engines does it use?

Powered by the same 1.6-litre THP petrol engine as the RCZ-R coupe, the 308 GTI produces 250hp, or 270hp in the clumsily-named ‘GTI by Peugeot Sport’. Both drive through a six-speed manual gearbox (there’s no auto option), hitting 62mph from rest in 6.2 seconds, or 6.0 seconds for the Sport. Top speed for both is a heady 155mph. 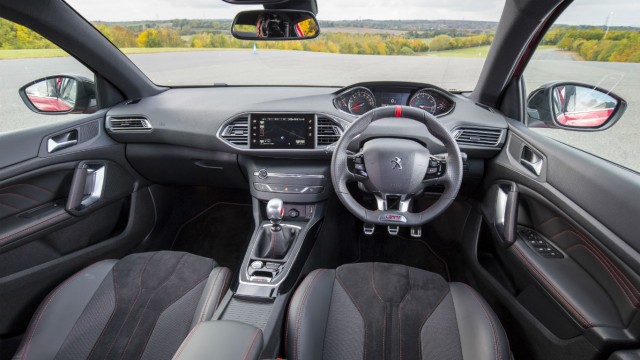 It might offer performance on par with old-school Subaru WRXs and Mitsubishi Evos, but the Peugeot should prove considerably cheaper to run. Average fuel economy for both versions is quoted as 47.1mpg, with CO2 emissions of 139g/km (£130 annual car tax). Anecdotally, Peugeot dealers are usually open to offering discounts when you buy, too.

In a word, yes. The 308 is a five-door, five-seat hatchback with a roomy 501-litre boot. A Ford Focus, by comparison, holds just 316 litres. On the minus side, space in the rear seat isn’t especially generous. And your passengers may start to complain about the rib-shaking ride – the price you pay for sporty suspension. 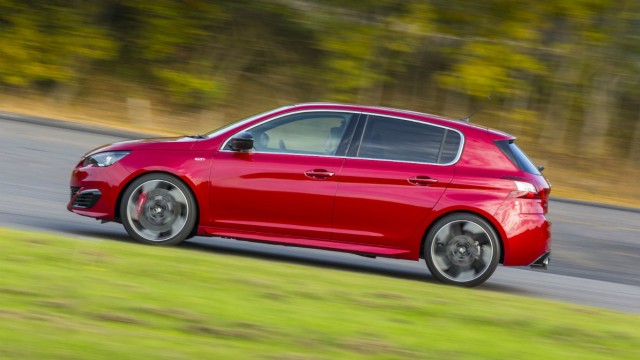 Peugeot 308 GTI: What about safety?

If you can restrain your right foot (easier said than done), the 308 is a safe car. It scored a maximum five stars in Euro NCAP crash tests and standard equipment includes super-bright LED headlights, front/rear parking sensors and a reversing camera. The beefed-up Alcon brakes on Peugeot Sport versions also deserve a mention – they scrub off speed with impressive effectiveness.

Peugeot 308 GTI: Which version should I go for?

We think the Peugeot Sport version is worth the £1,600 premium over the regular GTI. For that, you get larger 19in alloy wheels, sports seats, bigger brakes and the Torsen differential. Admittedly, you won’t notice much difference between the two cars in typical road driving, but residual (resale) values for the Sport are likely to be better, too. We’ll leave the two-tone ‘Coupe Franche’ paint option seen below up to you. At £1,300, it’s an acquired taste. 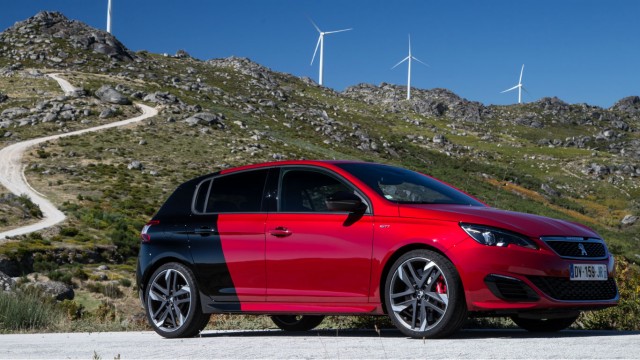 The 308 is a worthy addition to this competitive class, but its blend of subtle styling and serious speed still wouldn’t dissuade us from buying a SEAT Leon Cupra or VW Golf GTI. We suspect it would be a satisfying car to live with, but – judged as a hot hatch – the potent Peugeot is a little too sensible for its own good.

One Peugeot that certainly isn’t sensible is the 308 R Hybrid – a 500hp petrol/electric hot hatch that sprints to 62mph in 4.0 seconds, yet emits just 70g/km CO2. Sadly, the R Hybrid remains a concept for now, but Peugeot boss Maxime Picat has hinted that a production version is possible.