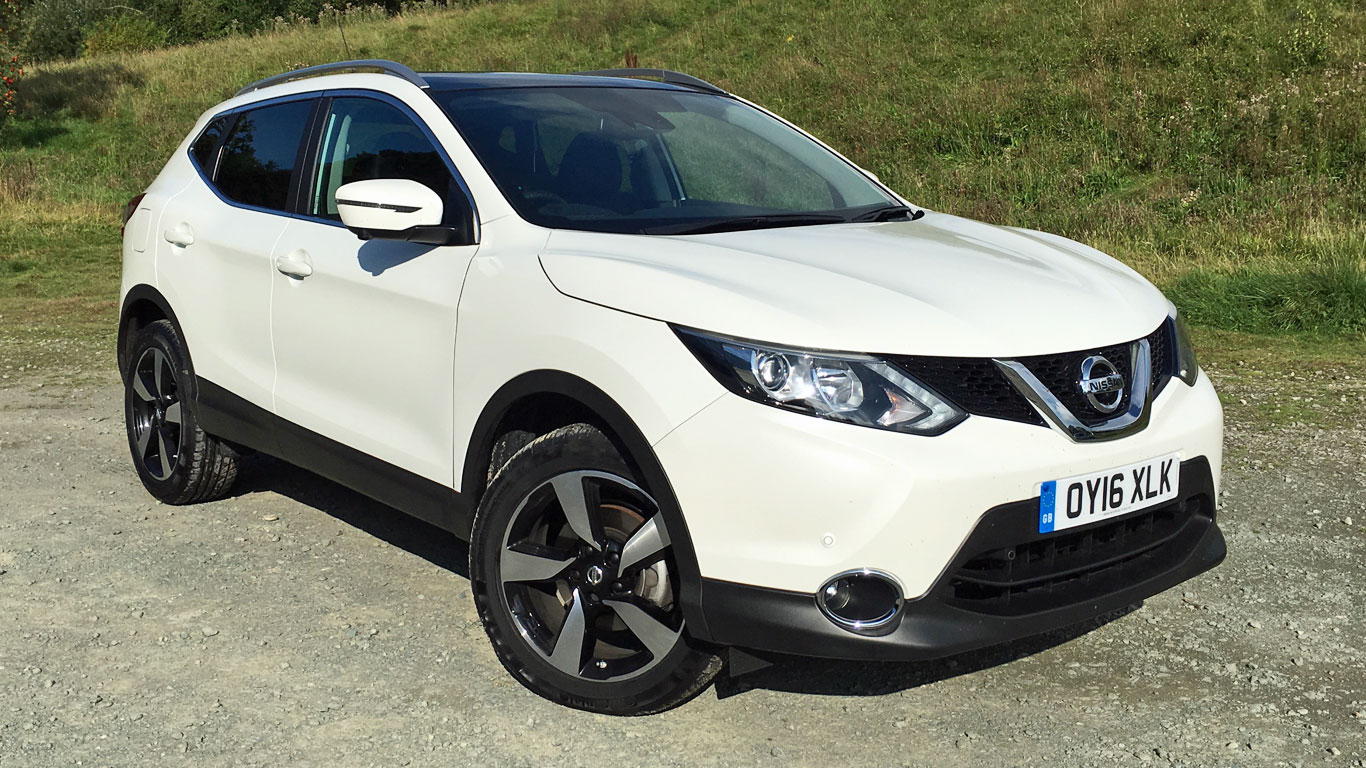 The Nissan Qashqai is often credited with being the car that started the crossover boom. It began in 2007, when the original Sunderland-built Qashqai replaced the more conventional Primera. It enjoyed huge success, hitting one million worldwide sales in 2011 – and smashing its target of 100,000 a year.

A replacement Qashqai was introduced in 2013 – and that’s the model we’re testing here. Does it deserve to be the huge success it’s proving to be, or is it living on a tidal wave of popularity triggered by its predecessor?

The Nissan Qashqai starts at a very reasonable £18,545, but the high-spec turbodiesel N-Connecta will set you back a slightly more eye-watering £27,160. A search of online brokers suggests you can comfortably shave £4,000 off that price.

While Nissan can lay claim to having one of the first trendy new crossovers on the market, there’s no shortage of rivals available in 2016. There’s the affordable MG GS, good-value Hyundai Tucson and popular Kia Sportage – not to mention the Renault Kadjar, which shares a platform with the Qashqai. The SEAT Ateca is now on sale, and could also be a serious threat to the Qashqai. 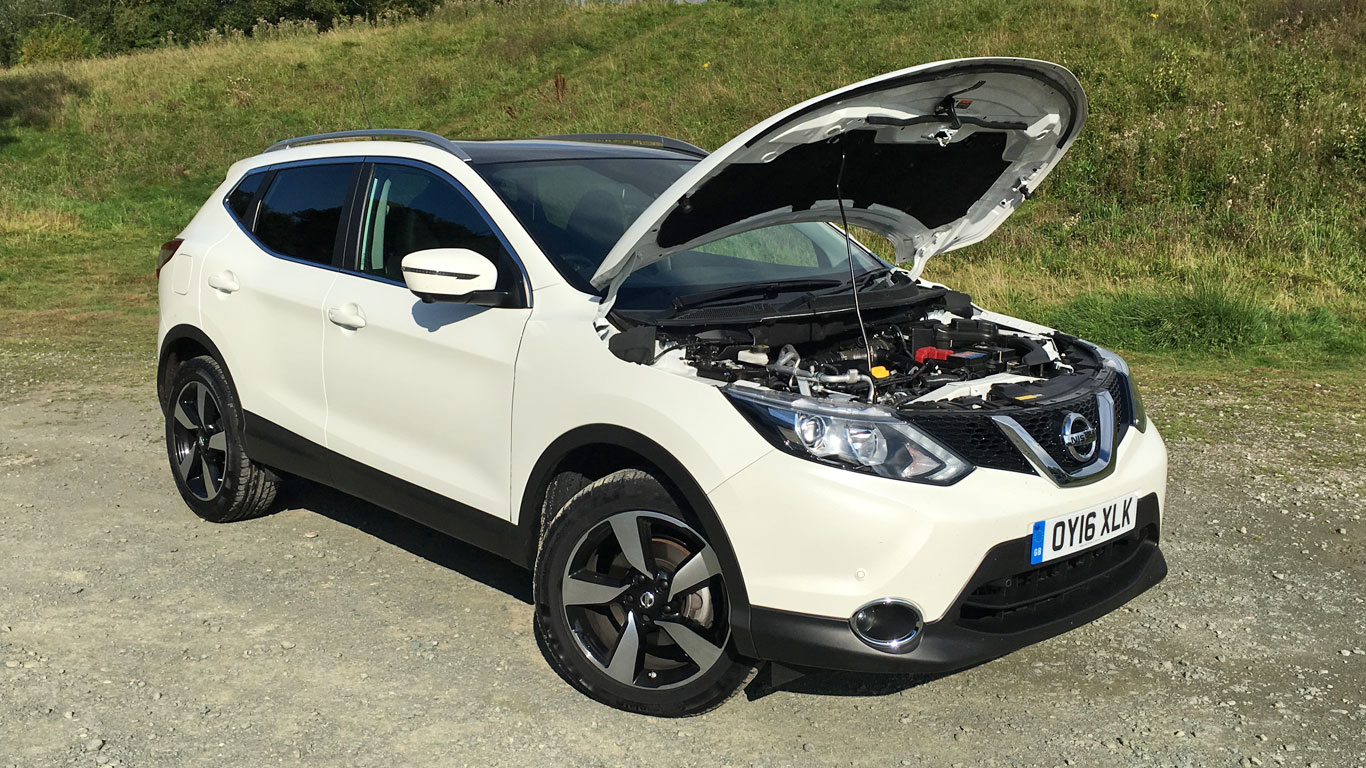 There’s a range of petrol and diesel engines available in the Qashqai. The model we’re testing is the more powerful 130hp 1.6-litre dCi turbodiesel.

Even with 20hp more than the lesser 1.5-litre diesel, the 1.6 isn’t a quick car – hitting 62mph in 9.9 seconds, and a top speed of 118mph. It’s plenty for a car such as this, though, and the manual gearbox is sharp enough that you don’t mind working through the gears to extract the best from the Qashqai.

The latest Qashqai isn’t as fun to drive as the original model, and those seeking thrills should look elsewhere. But it’s a refined and relaxing car to drive, with very few of the minor grievances that plague rival cars.

The electrically-assisted power steering provides confidence, while the Qashqai feels composed through corners. Road and wind noise are minimal, adding to the feeling that you could drive this all day without feeling stressed. 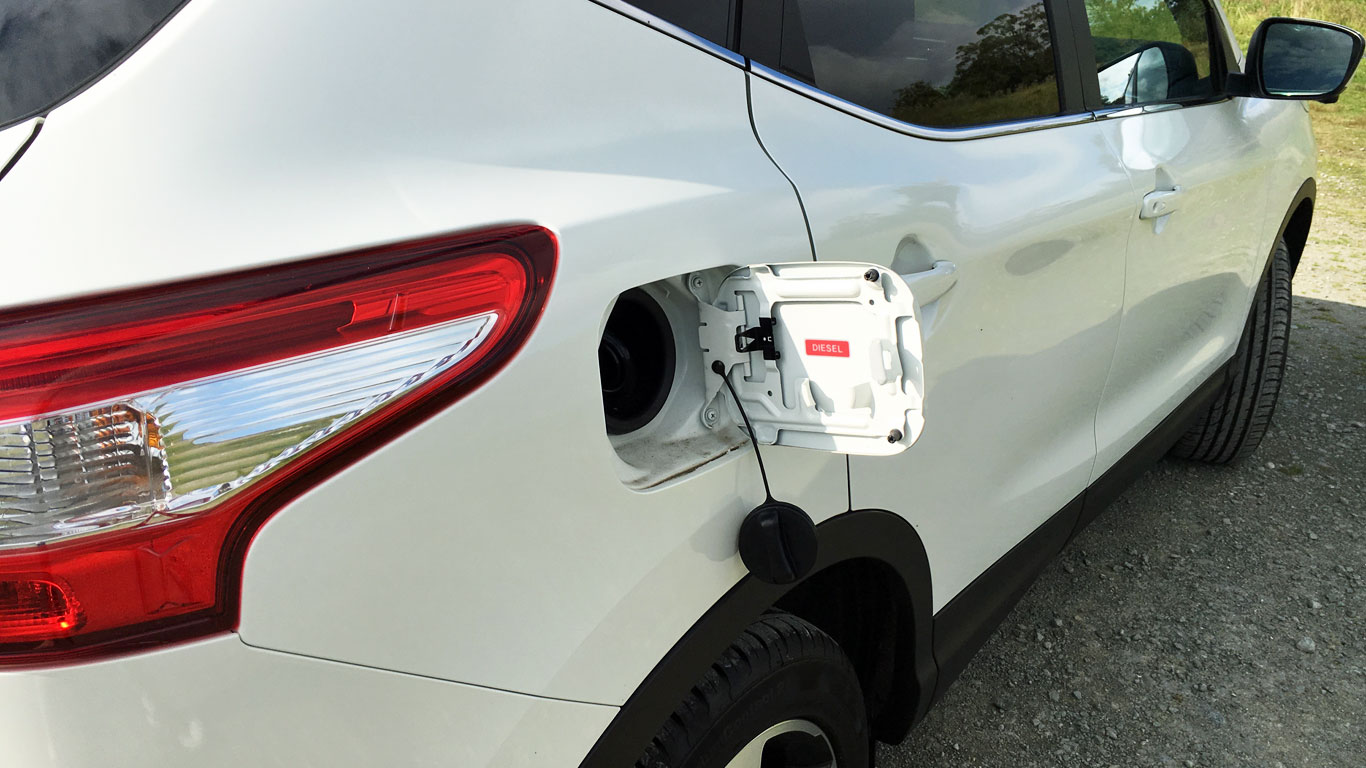 The 1.6-litre diesel returns 64.2mpg in the combined NEDC test. With a bit of effort, this is probably achievable, while mid-50s should be easily possible with sensible out-of-town driving.

Bland, but robust, with everything where you’d expect it to be. The seating position is high up, giving you a good view of the road ahead – but equally, good visibility means it’s easy to drive around town. Despite a large infotainment screen in the middle of the dash (we’ll come to that shortly), there seem to be buttons everywhere in our high-spec model.

It’s very easy to find a comfortable driving position in the Qashqai. The steering wheel adjusts back and forth – as well as up and down – while the seats offer plenty of adjustment. Legroom is also decent for front and rear passengers. 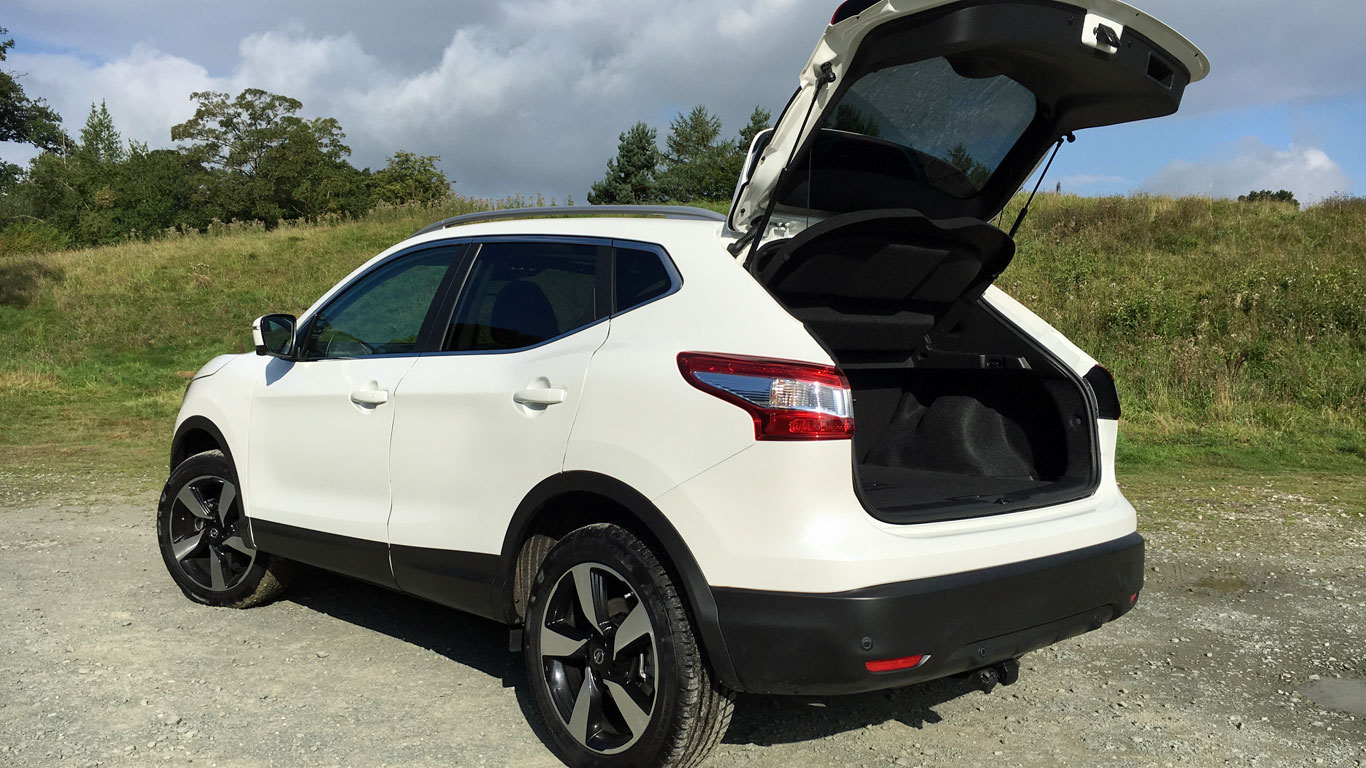 Unlike the previous model, the latest Qashqai is only available with five seats. It offers more space than a Golf, though – the attraction of a crossover for most – with 430 litres of boot space with the rear seats in place.

Nissan knows the Qashqai is popular with families, and it hasn’t scrimped on safety. On the N-Connecta you get lane departure and emergency braking systems as standard, not to mention driver, passenger, side and curtain airbags. It scored five stars for safety when NCAP tested it in 2014. 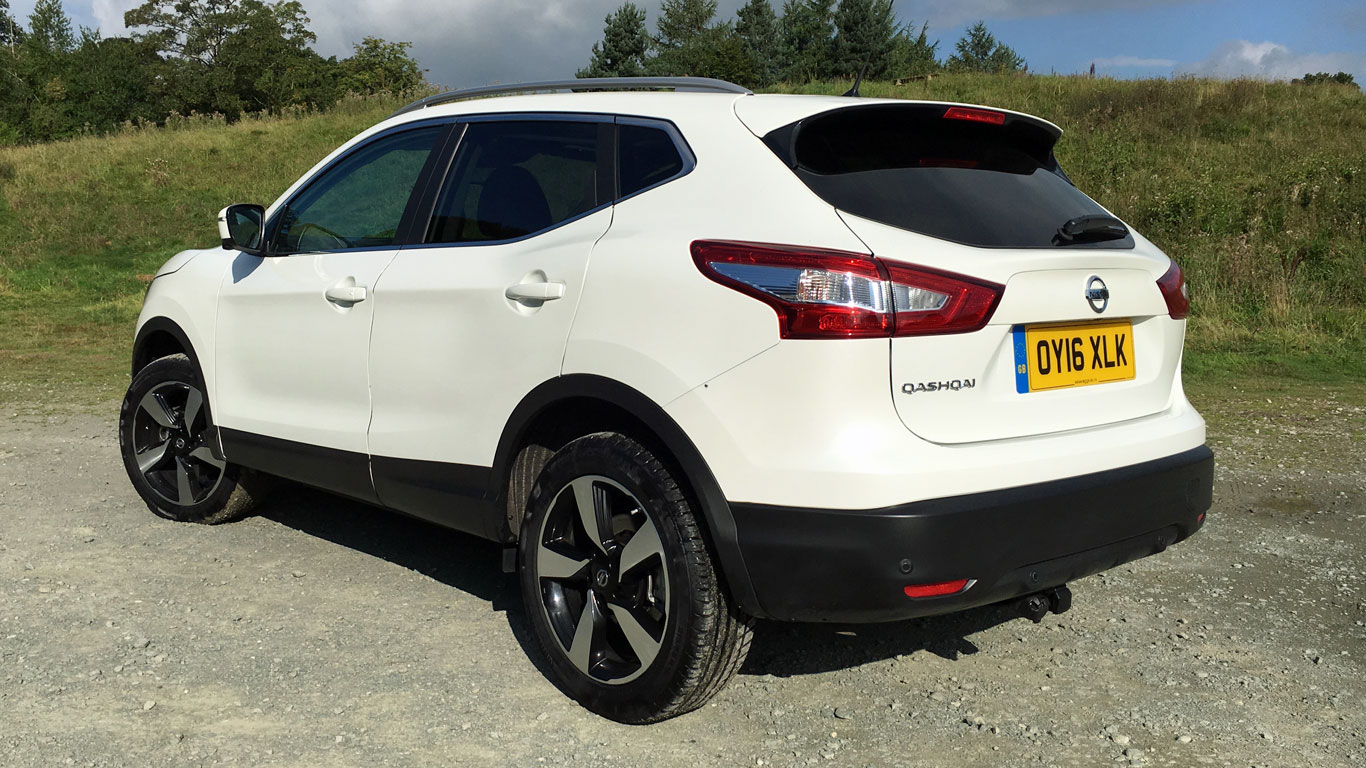 The high-spec N-Connecta on test here is a good choice if your budget stretches that far. However, the lower-spec Acenta offers good value for money, and the 1.5-litre diesel won’t leave most drivers feeling short-changed.

With a near-10-year production run so far, and the Qashqai’s popularity what it is, there’s no shortage of secondhand models on Auto Trader: more than 6,000, in fact. A £5,000 budget will get you a tidy early model from a dealer – we’d recommend a petrol engine at this age – while £14,000 buys a two-year-old second-generation model powered by the 1.5-litre diesel.

A Qashqai doesn’t make for an exciting purchase, but it is a really easy-to-live-with crossover that will tick all the boxes for many families. There are more interesting rivals out there, but the Qashqai is a quality all-round package. 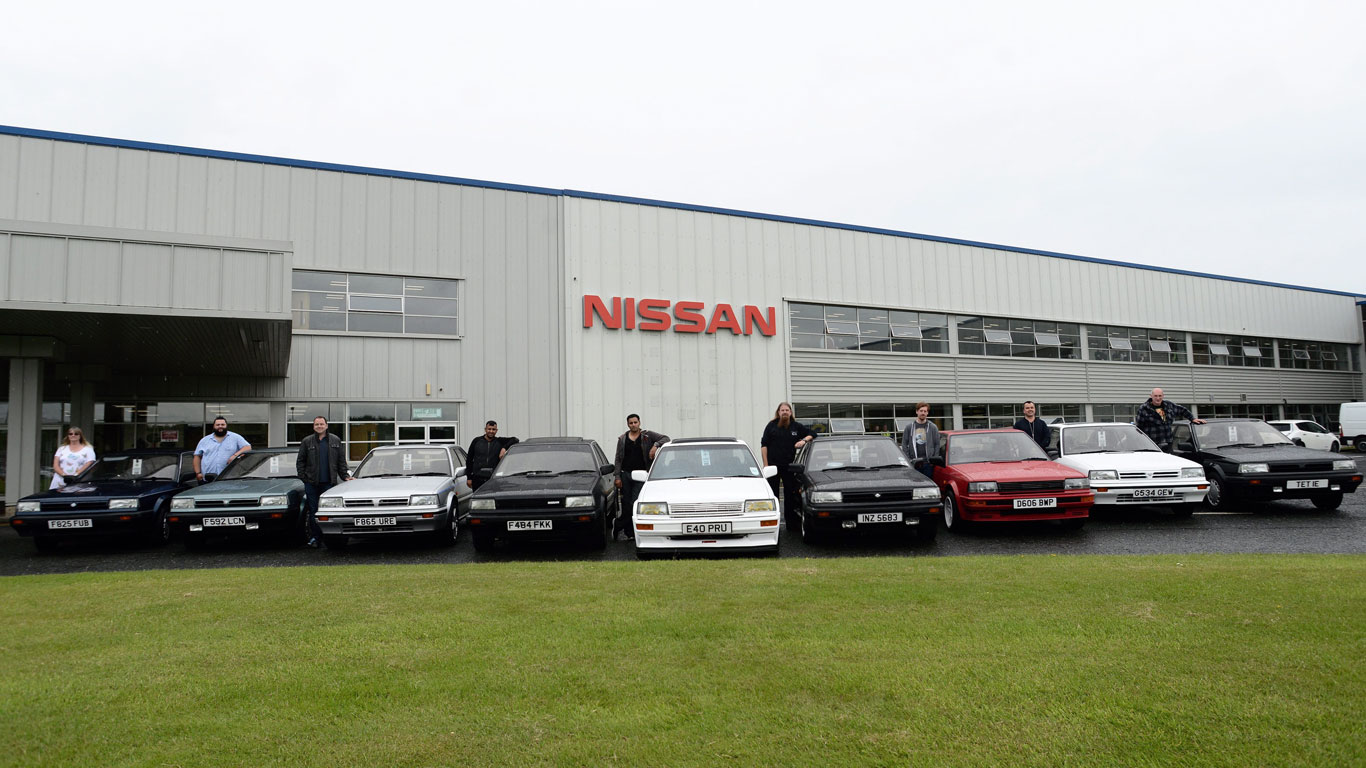 The first Nissan to be built at the firm’s Sunderland plant was the 1986 Bluebird. In the plant’s first year, it produced just 5,139 cars. Last year, that number was 475,000, and it’s set to rise to more than 600,000 when the next-generation Qashqai and X-Trail enter production over the next few years.