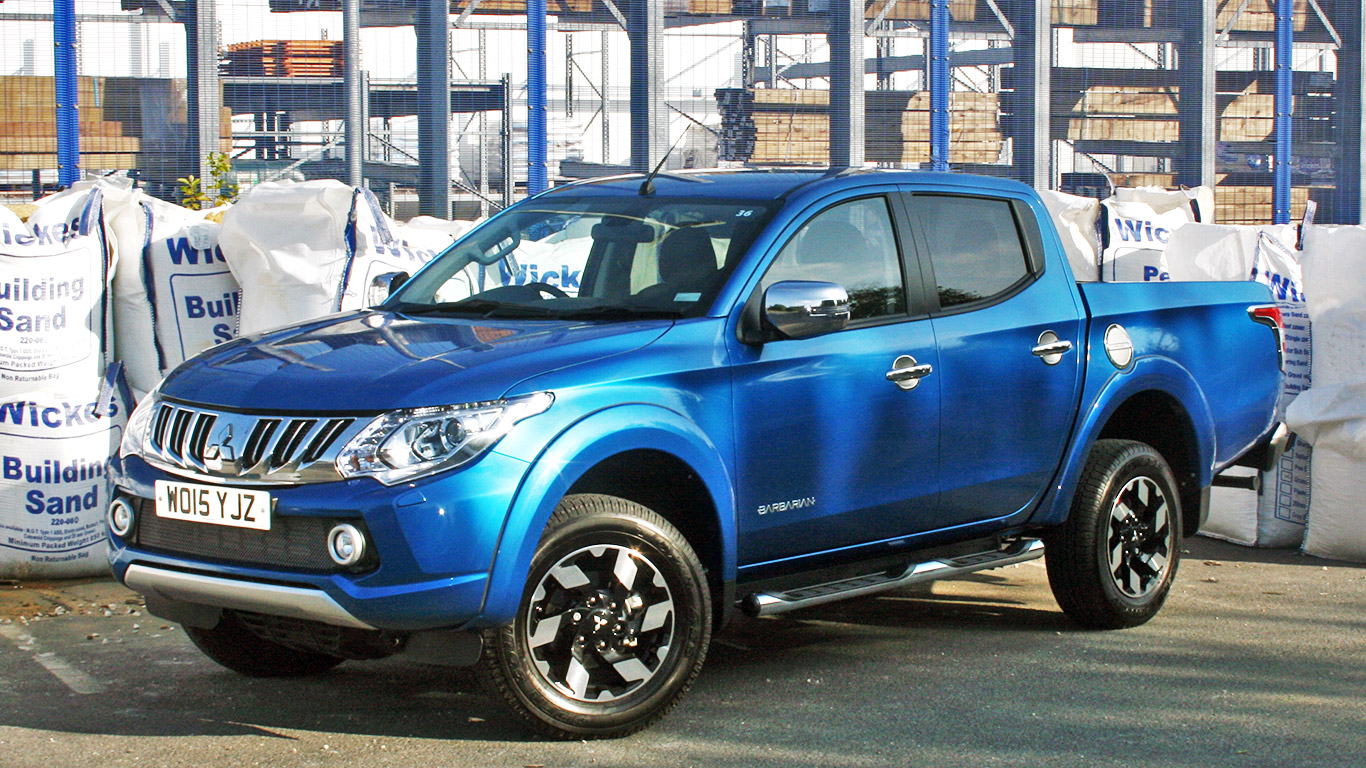 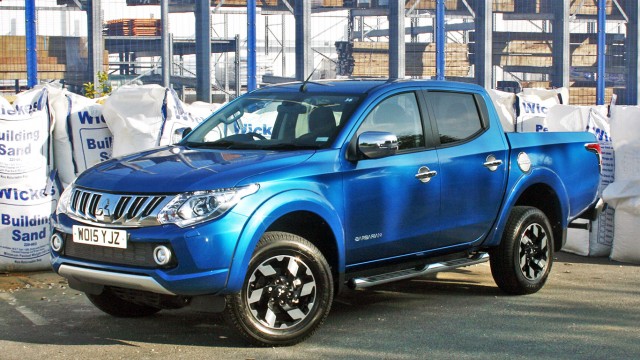 This is the fifth generation of Mitsubishi’s rough-n-ready L200. It’s a double-cab pick-up with five seats and a lengthy loadbed. Prices start at £23,700, although that drops to less than £20,000 excluding VAT for business users. Oddly, the old, fourth-generation L200 remains on sale as a budget alternative. It’s priced from £19,800 (£16,500 excluding VAT) for the double-cab version.

Mitsubishi L200: What are its rivals?

The L200’s rivals include (clockwise from top) the Nissan Navara, Toyota Hilux, Volkswagen Amarok and Ssangyong Korando Sports. The Nissan and VW offer sophistication on par with many passenger cars, although neither is cheap to buy. The Toyota is showing its age now, but viewers of Top Gear will know all about its reputation for being indestructible. And the budget-priced Ssangyong is rather agricultural to drive. 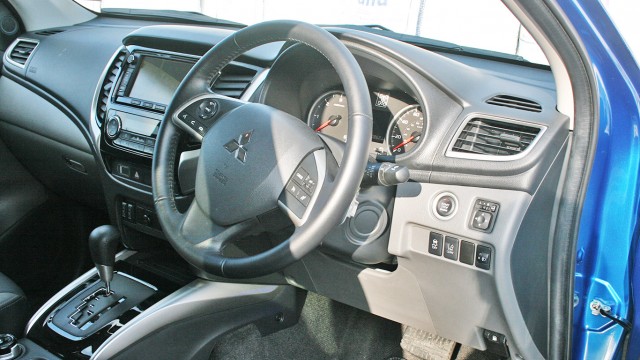 Mitsubishi L200: Which engines does it use?

We could use the cliché and tell you the L200 is ‘car-like’ to drive. However, that wouldn’t be entirely true. Yes, it’s decently refined and the steering feels accurate and well-weighted. But there’s still a fair amount of body-roll when cornering and the ride is decidedly bouncy – thank the old-school leaf-spring rear suspension. That’s not to say the Mitsubishi is at all unpleasant. Just don’t expect this truck to drive exactly like a car. 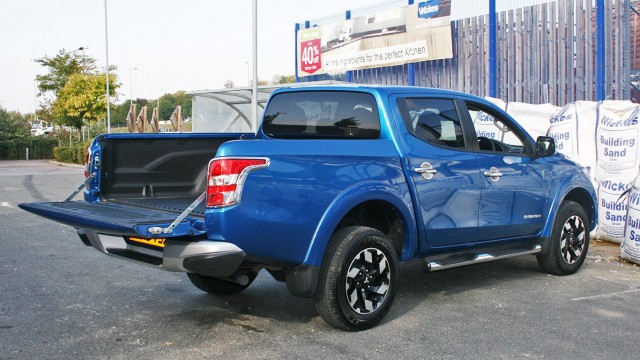 Economy is one of the L200’s key strengths. The 153hp engine returns 44.1mpg, while the 180hp version manages 42.8mpg. Opt for the five-speed automatic gearbox and the latter figure is 39.2mpg, which is still class-leading for a large, double-cab pick-up. Mitsubishi offers a decent five-year/62,500-mile warranty, too.

Mitsubishi L200: Is it practical?

And talking of key strengths, practicality is really what the L200 is all about. Its loadbed capacity is on par with rivals and maximum payload is 1,050kg – more than enough for a few bags of cement. Hook up a braked trailer and you can tow 3,100kg; caravans, horseboxes or boats shouldn’t pose a problem. If you plan to use the L200 as a family car, there is a wide range of aftermarket truck-tops available to cover and secure the loadbed. 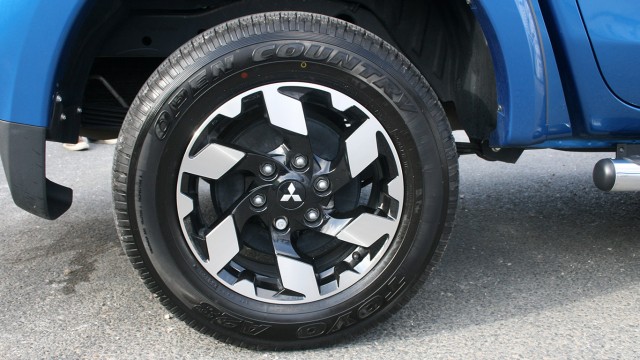 Mitsubishi L200: What about safety?

The L200 hasn’t been crash-tested by Euro NCAP. However, it comes with a good range of safety kit, including seven airbags and electronic stability control to prevent skidding. The latter system incorporates Trailer Stability Assist, to prevent a towed trailer from destabilising the truck.

Mitsubishi L200: Which version should I go for?

You need a amount of bravado to drive a truck with ‘Barbarian’ written down the side. For that reason alone, we’d steer clear of the top-spec L200. Its tacky ‘plastic chrome’ adornments only serve to seal the deal. The 4Life feels a little basic, so we’d go for the second-tier Titan. It comes with air conditioning, xenon headlamps, 17-inch alloys, tinted glass and a DAB radio. 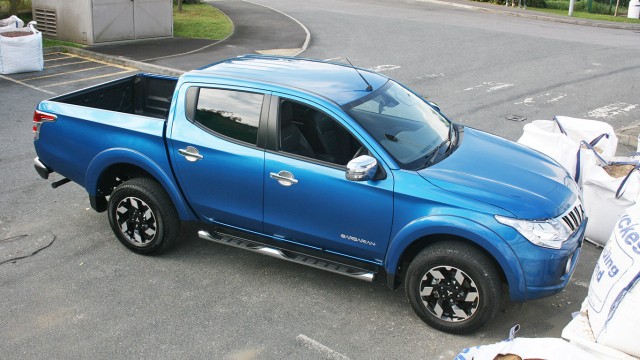 Mitsubishi L200: Should I buy one?

This is certainly one of the strongest contenders in its class. For many buyers, its low running costs will make it their top choice. If you’re buying an L200 instead of a car, you may be disappointed – its rugged roots are still evident. But judged as a pick-up, it is definitely worth consideration. Few vehicles offer so much all-round capability for the cash.

During the 1980s, the L200 was sold in America as the Mighty Max. We can’t help wishing that Mitsubishi would reintroduce the name for the UK. A ‘Mighty Max Barbarian’ – now there’s a thought…