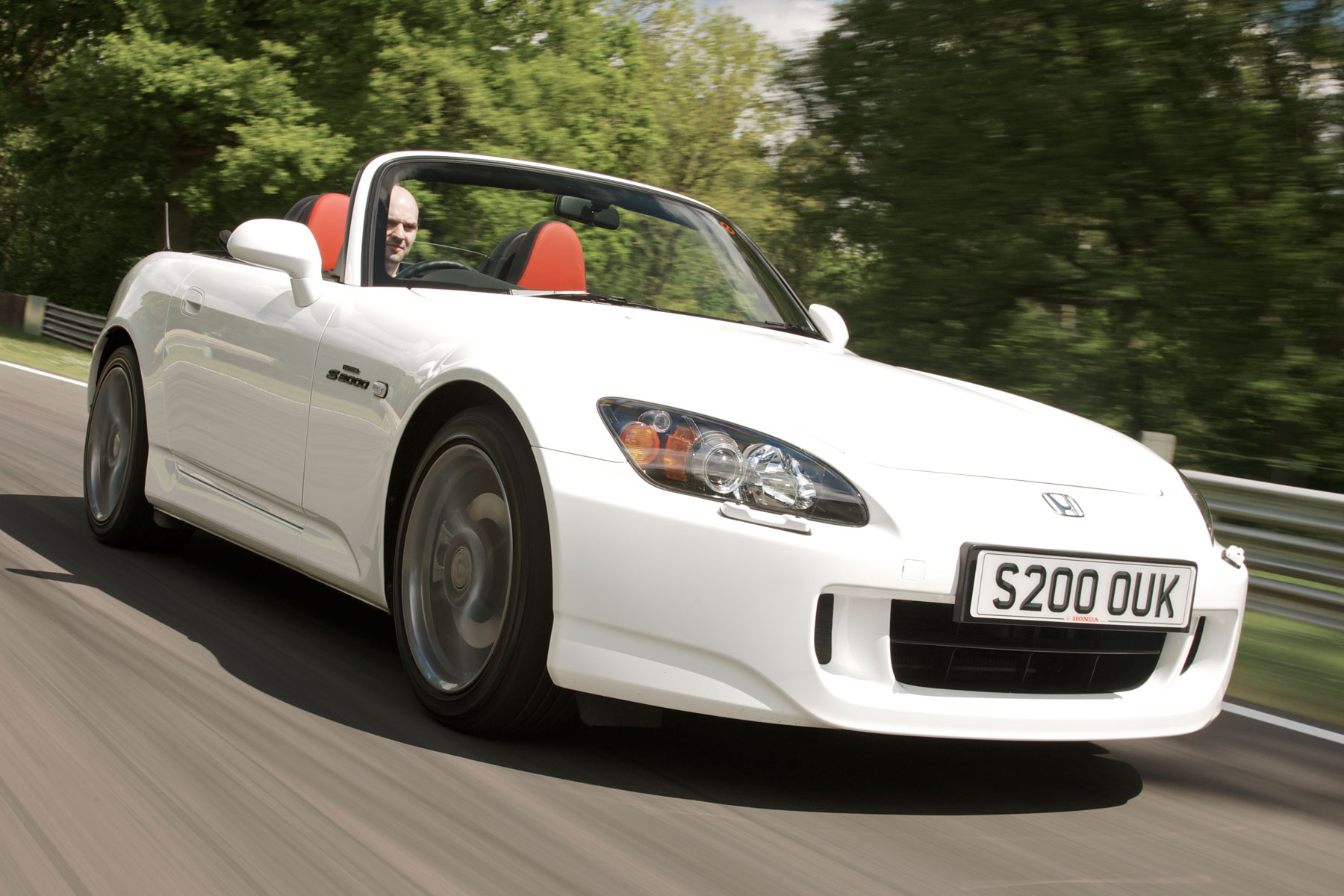 The Mazda MX-5 is the go-to car for anyone looking for a reliable, two-seat sports car on a budget. And while the MX-5 is brilliant – all four generations of it – it’s also a little… staid. So what are the alternatives? An MR2 perhaps, but tidy Mk1 and Mk2 versions are getting hard to find, and the engine in the Mk3 lacks a little sparkle. Moving things up a step you’ve got the likes of the Porsche Boxster, but anyone buying a cheap Boxster is a braver man than me.

Fortunately, there’s another contender from Japan. The Honda S2000 was launched in 1999, with a frenetic engine, enough practicality for a weekend away and agreeable styling. Sales came to an end after 10 years with the GT Edition 100 special edition, with Grand Prix White paint, special graphite alloys, red leather and a unique serial number badge. That’s what we’re testing here. 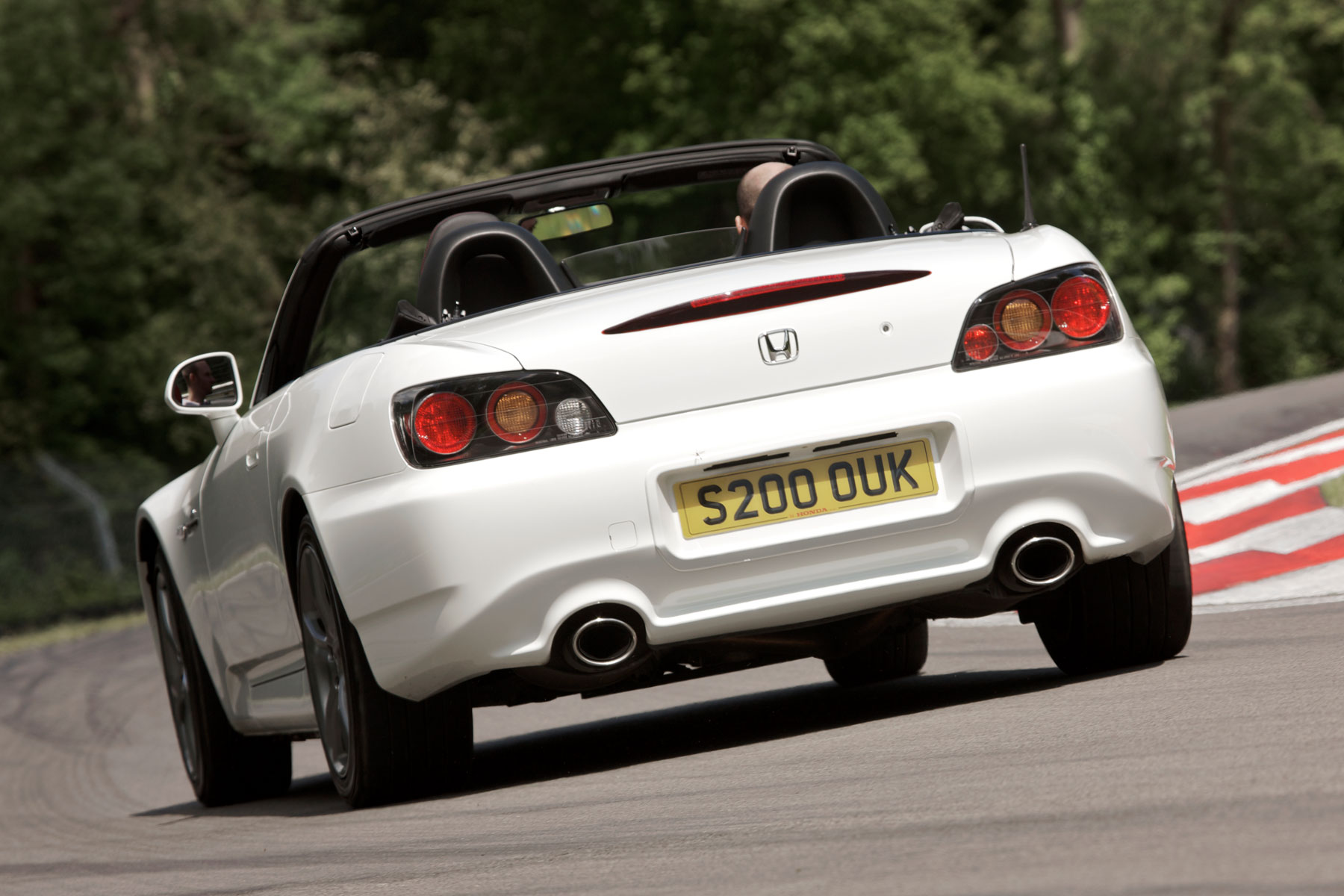 In some ways, it seems daft to compare this to the MX-5. It’s got 240hp, and it’ll hit 62mph in 6.2 seconds. But, in the first instance, it doesn’t feel any more spectacular than an MX-5. The interior is fine, if lacking a touch of sparkle, and the engine remains reserved below around 6,000rpm.

You have to adapt your driving style in an S2000. Keeping your foot down upwards of 6,000rpm feels anti-social, but its VTEC engine only comes to life as it nears its near-9,000rpm redline. And when you’re in its peak power zone, the S2000’s engine is arguably one of the best engines ever fitted to a sports car. Not only does it sound incredible, but it makes for a genuinely exciting drive.

Keeping the S2000 at its peak is all part of the fun of the S2000. The six-speed manual gearbox is a delight to use, and its handling encourages you to maintain momentum through bends. Yes, there are stories of the S2000 being a bit twitchy, and that’s true for earlier models, but by 2009 Honda had tweaked its suspension, fitted better tyres and introduced stability control in a bid to iron out unexpected oversteer. It’s still not quite as flingable as an MX-5, but an airfield day will soon help you get to grips with the sideways tendencies of the S2000. 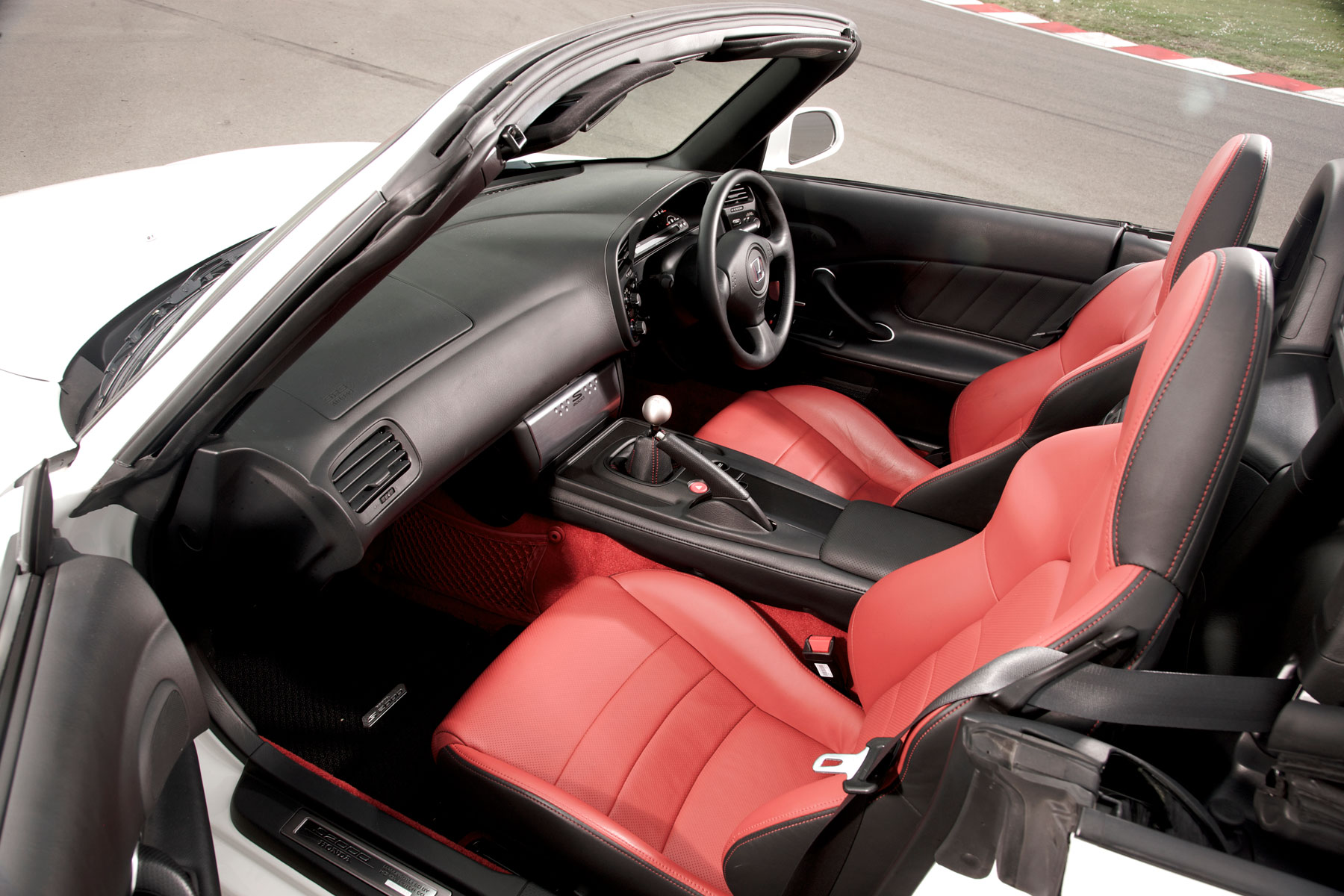 Cosmetically, later models look very similar to the early models, so you might question the logic in spending £16,000 on one of the very last, compared to £6,000 or £7,000 on one of the earliest. Honda constantly tweaked the S2000 through its life, though, so it’s best to get the latest model you can afford. The biggest facelift came in 2004 with revised user-friendly suspension, added bracing and slower steering to reduce the S2000’s twitchiness. Stability and traction control were offered as an option from 2006, while 2008 and later cars came with the traction aids as standard. None of these upgrades really took away from the appeal of the S2000 as a true drivers’ car, though.

As Honda (or anyone else, really…) hasn’t built anything like the S2000 since its demise in 2009, a good example could prove to be an investment, so don’t skimp on the budget. We reckon around £12,000 will buy you a traction control-equipped car with low miles from a dealer, while £16,000 will get you one of the best if you’re willing to shop privately. If your budget won’t stretch that far, a ropey example can be had from less than £5,000, but we’d want to spend closer to £7,000 for one with service history and matching tyres all round.

In terms of “what to look out for,” all S2000s burn a lot of oil. This isn’t something to worry about, but if it’s been allowed to get too low it could prove to be an issue. Check the oil level before running the engine and, if it’s a private sale, question the seller on how often it’s topped up. The suspension can be prove to be a pricier issue – listen out for clonks and knocks on the test drive, especially from cars with higher mileages. Cosmetically, rust isn’t a huge issue although it’s worth having a poke around underneath as Honda’s scrimped on the underseal when the S2000 was new. Other than that, looks out for signs of general abuse and negotiate over things like kerbed wheels and stone chips as well as worn leather seats. 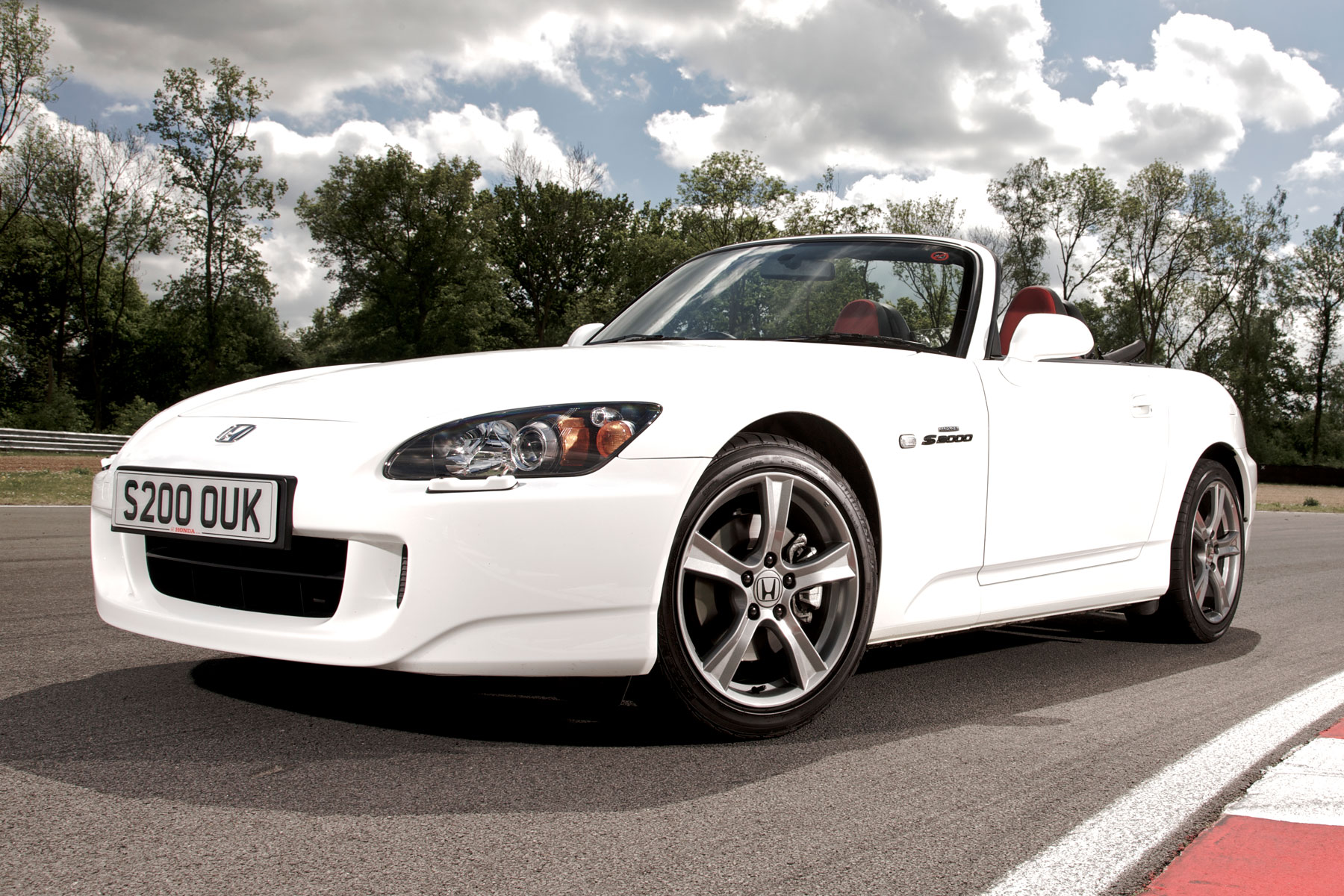 Not everyone will be a fan of the S2000. One specialist dealer told us that many people walk away after a test drive, as a short drive with a salesman sat next to you doesn’t show the S2000 in its best light. If you’re looking for a car to be seen in, the S2000 isn’t great, either: it lacks the badge of the BMW Z4, Mercedes-Benz SLK or Porsche Boxster, and the interior isn’t of German standards either.

There’s a small band of people the S2000 will appeal to, however. If you don’t mind working a car hard to get the best out of it, while wanting something more rewarding than an MX-5 and more useable than a Lotus Elise, the Honda S2000 could make for an excellent buy. Values are firming up as even the newest cars are now 10 years old, and it’s earned itself quite a following. Buy a good one, though, as a ropey example will never be worth the money you’d have to spend in maintenance.