The BMW X6 'Sports Activity Coupe' moves assuredly into its second generation, the styling as brutal as ever. 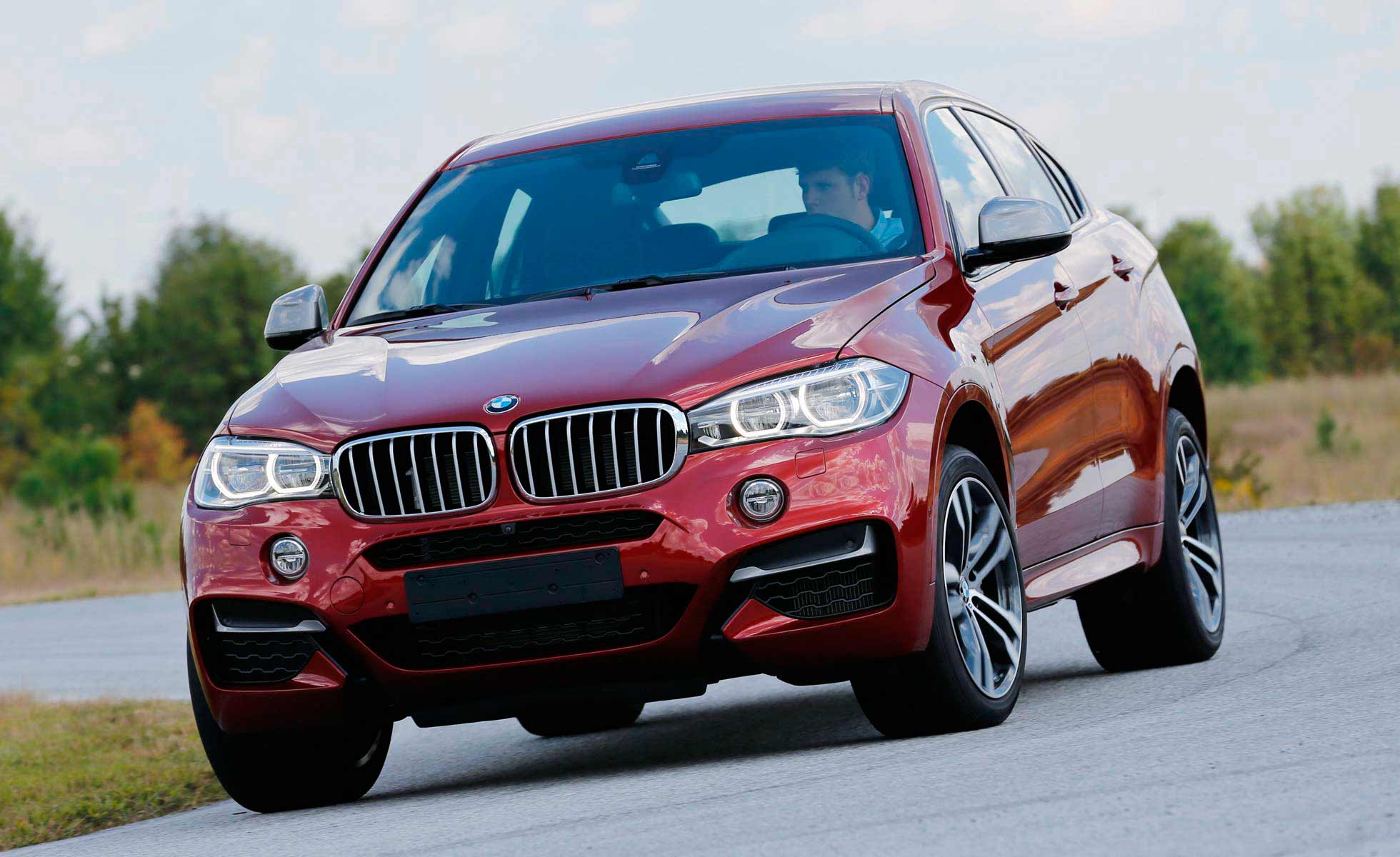 The BMW X6 ‘Sports Activity Coupe’ moves assuredly into its second generation, the styling as brutal as ever.

BMW genuinely invented something new with the original X6 back in 2008. It seems that no one had previously dreamt there could be buyers for a gigantic, 4×4 coupe. For BMW it was simple. From its ultra-successful BMW X5 SUV, create the X6.

Rivals haven’t taken BMW head-on, even though worldwide sales of the X6 have now topped a quarter of a million. Impressive for a vehicle at the boutique end of the spectrum. Look for a direct rival and you’ll struggle, with the Porsche Cayenne and Range Rover Sport coming closest in spirit, though both are a long way from being a coupe.

With the recent launch of the third-generation X5, a new BMW X6 was inevitable. The question was, would BMW do anything about the brutal (some would say downright ugly) styling of the original?

The answer is, not much. Like a mother with a newborn child, no one at BMW can publically accept that the X6 was anything less than a stunning design, so the new model is very much along the same lines. Only when placed side-by-side will you pick out the differences.

The lights, grille and air inlets are all different, while along the side profile there are new vents and additional styling lines that give the BMW X6 more character. The roof is a little more rounded to help headroom in the rear.

And of course the new BMW X6 is more powerful, faster, cleaner and more frugal with fuel. Prices begin at just over £50k for the 3.0-litre diesel; sales start in December 2014.

It’s unarguably impressive. You won’t find another coupe where you sit this high up, so from the driver’s point of view you get the advantages of an SUV in terms of visibility and dominant driving position.

While in many countries the BMW X6 sells best in 30d SE diesel form (now with 258hp and a 19% improvement in CO2) it’s the more powerful X6 M50d that we were offered at the launch in South Carolina, alongside the petrol 50i SE.

In what seems like an unusual move, the diesel 50d model is the only X6 offered with the full BMW ‘M’ designation.  Technically it gets the most advanced suspension package, something called ‘M Servotronic steering’, and plenty of trim, some of which verges on bling.

The engine is, in fact, still the 3.0-litre from the 30d, but here it has no less than three turbochargers to raise the output to an impressive 381hp. Coupled with its sensational torque, the X6 M50d will scorch up a motorway slip road like the petrol V8 – it sounds like one too.

The prodigious weight of the BMW X6 means performance is at its most impressive once you are already rolling along, rather than taking off from rest. And with the sporting intentions broadcast by the massive wheels and tyres, you can hustle it around a race circuit at speeds that seem frankly unbelievable.

The circuit is one thing, though. On regular roads that M Servotronic steering is an odd component, the only aspect of this particular X6 we didn’t like. With a car this wide you need to be able to place it accurately in the corners, and we simply couldn’t.

The regular steering in the V8 petrol car is simply better, and the 4.4-litre V8 is a twin-turbo, 450hp powerhouse that gives it the edge over the M50d, despite the slightly less focussed chassis package.

About the X6’s width. This is one big chunky machine, at its best as a high-speed cruiser rather than as a car for tooling around the city. Although, like the X5, you can specify a parking system that does absolutely everything for you – steering accelerator, brakes and gears to ease the strain in tight places.

It’s all about the style. Or, at least mostly. What’s hard to reconcile is the way the X6 divides opinion. Some find it almost brutal in appearance, yet others love the way this car gets you noticed, even if perhaps not always in the right way.

It’s a deeply classy interior, of that there is no argument. Taking the key features you’ll find around the centre console in any BMW, the X6 adds a sweeping dashboard with so many facets it’s almost architectural in its design.

The BMW X6 is very comfortable for four, makes fewer compromises than you might think for rear occupants and has a massive luggage space. The German firm says it has limousine levels of comfort and appointment, and we’d agree.

BMW has made the suspension and ride more compliant, and it proves to be impressively smooth much of the time. Firmness of the suspension was one area where customers criticised the last X6, so the changes should be warmly welcomed.

If the latest technology impresses you, your dreams have been answered. The X6 is currently a pinnacle within the BMW range. Night vision, accident avoidance and the self-parking system mentioned earlier are just the tip of the techno-fest that’s either available as standard or as an option.

A coupe is always an emotive purchase. It simply has to appeal to the heart, otherwise the extra cost and reduced space over the regular car on which it is almost inevitably based makes no sense.

Make a coupe fast and make it great looking, and you have the twin pillars of success. BMW has convinced huge number of buyers that the original X6 was as desirable to look at as it was to drive. Beats us, but it surely means the new model will be a big success, too. With its style evolved from the original, and a lovely balance of driving pleasure and interior grandeur, the latest BMW X6 does exactly what it sets out to do.

There are no direct rivals to the X6, simply because no other company has turned one of its SUVs into a coupe. Mercedes has shown a concept car that will go into production, though not for a while yet. Otherwise the two key contenders are the Porsche Cayenne and Range Rover Sport. Both are full-sized SUVs, but both also have a serious sporting attitude that rivals that of the BMW X6. Then, of course, there’s BMW’s own X5, which in the correct specification can be made to do everything the X6 does with rather more discretion.

Seat is ‘no longer a sporty brand’

Here are 12 European driving rules you may not be aware of, including carrying a spare pair of glasses in Switzerland and not driving off-road in Iceland.
Read more
Motoring ResearchWe Are Everything Motoring
Facebook
Instagram
Pinterest
Twitter
Youtube
Go to mobile version