No question: the new VW Polo is a very good all-rounder indeed – perhaps even the best car in its class 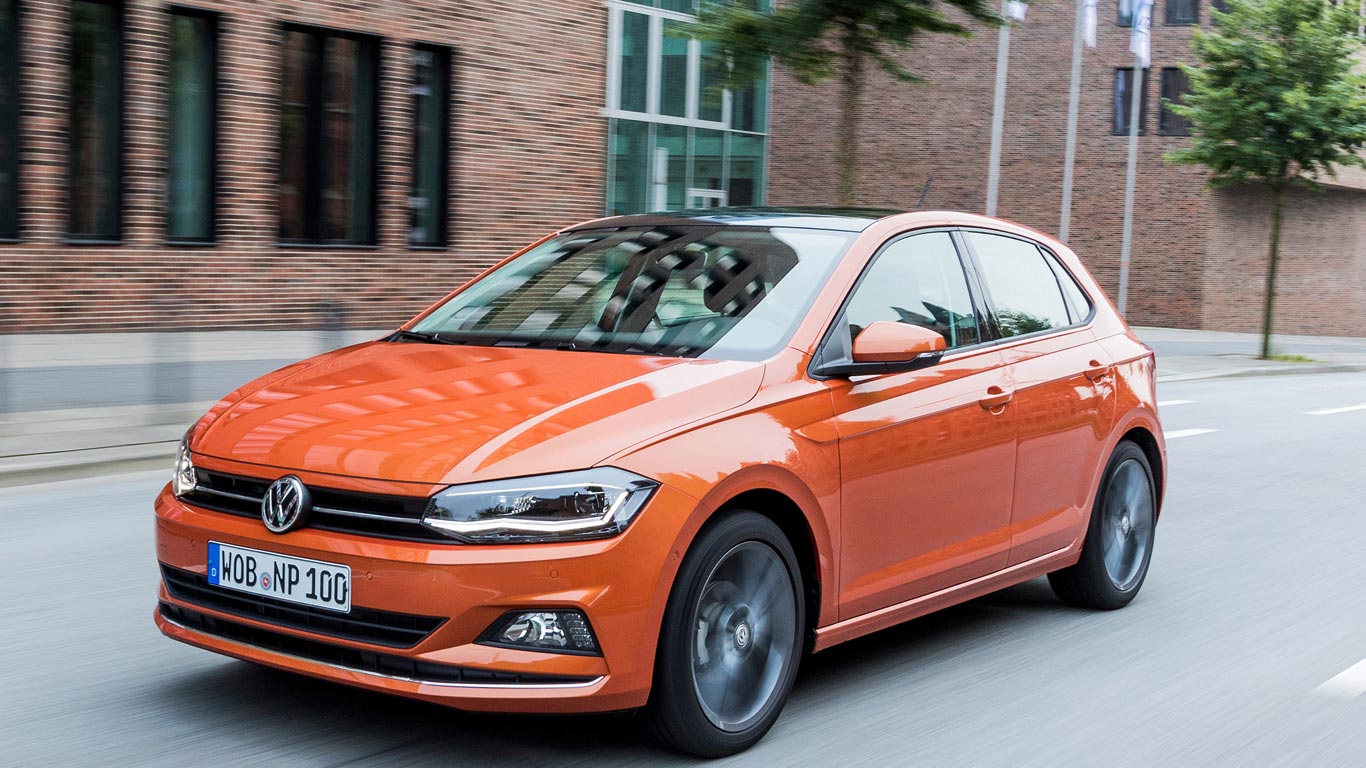 Oh, I am ready for the flak. Volkswagen takes a bunch of journalists on a private jet to Hamburg, puts us up in a swanky hotel built in the old warehouse district, wines and dines us, then gives us some extremely well-specified new cars to evaluate. Not the ones that many will buy, with the lower-powered engines and regular instruments, but Polos that are faster and sexier and almost certainly rather expensive.

And I give it five stars. And that’s despite all the disgrace that’s been heaped upon the company with ‘Dieselgate’, which continues to run and run. How is it possible to be so positive about a new model in such circumstances? Here’s how. 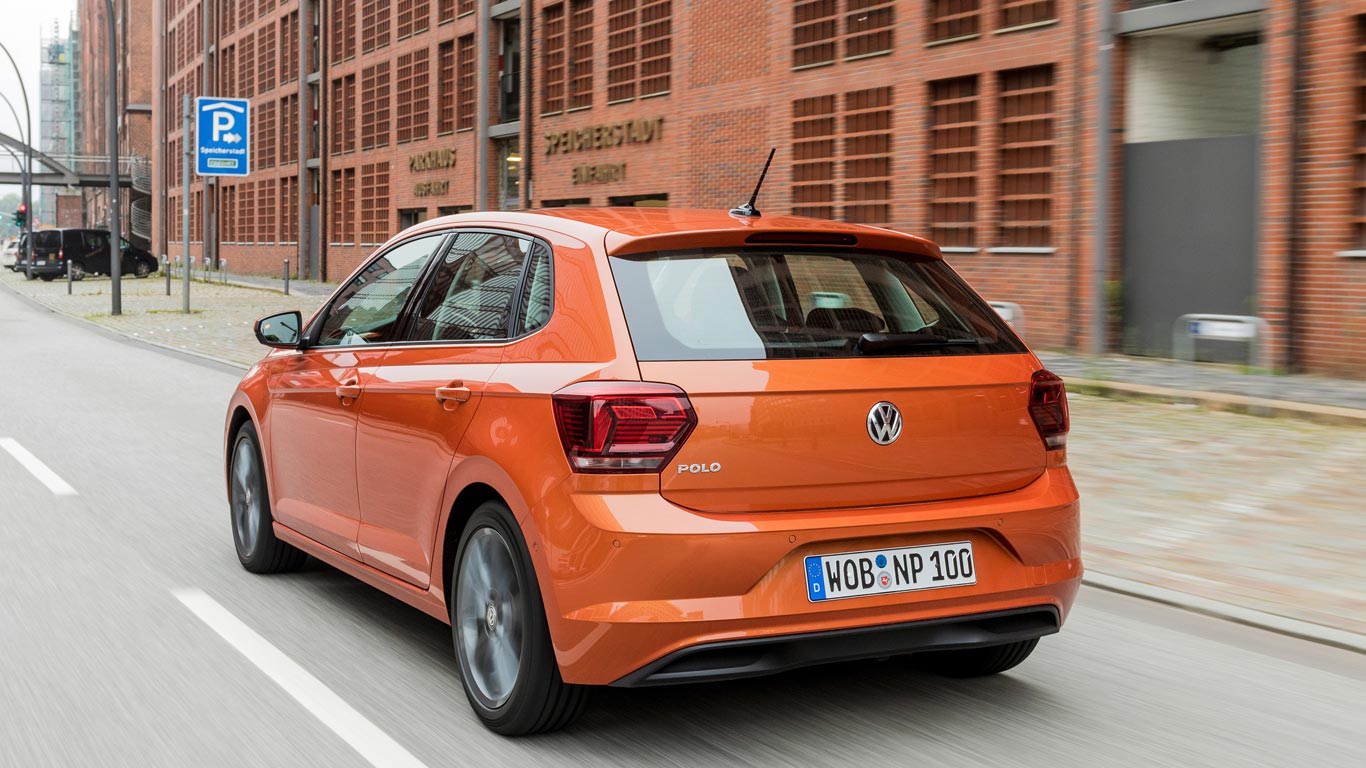 The key issue here is less about performance and equipment, more about what a supermini like the Polo should offer against strong competition from the (very new) Fiesta, Corsa, Yaris, Clio, Micra, and more than a dozen others. It’s an area that’s incredibly price-sensitive, and inevitably corners get cut.

Yet a few manufacturers seem able to rise above this and Volkswagen, with its reputation for offering something a little bit more special than the run-of-the-mill, has moved the whole game on with the new Polo.

Two things immediately stand out. It looks both bigger and classier. Longer, wider and a touch lower than before, the Polo doesn’t appear one bit like a regular supermini. Its obvious rival seems to be the Golf, not the Fiesta.

That Golf comparison is made possible because the design of the latest Polo is so well executed, from the narrow grille that blends into the headlights, to the way the lines at the sides sweep back and upwards to give a sporty, dynamic appearance. There is, of course, the usual Volkswagen feeling of solidity to the whole body; there’s nothing tinny about this new Polo. 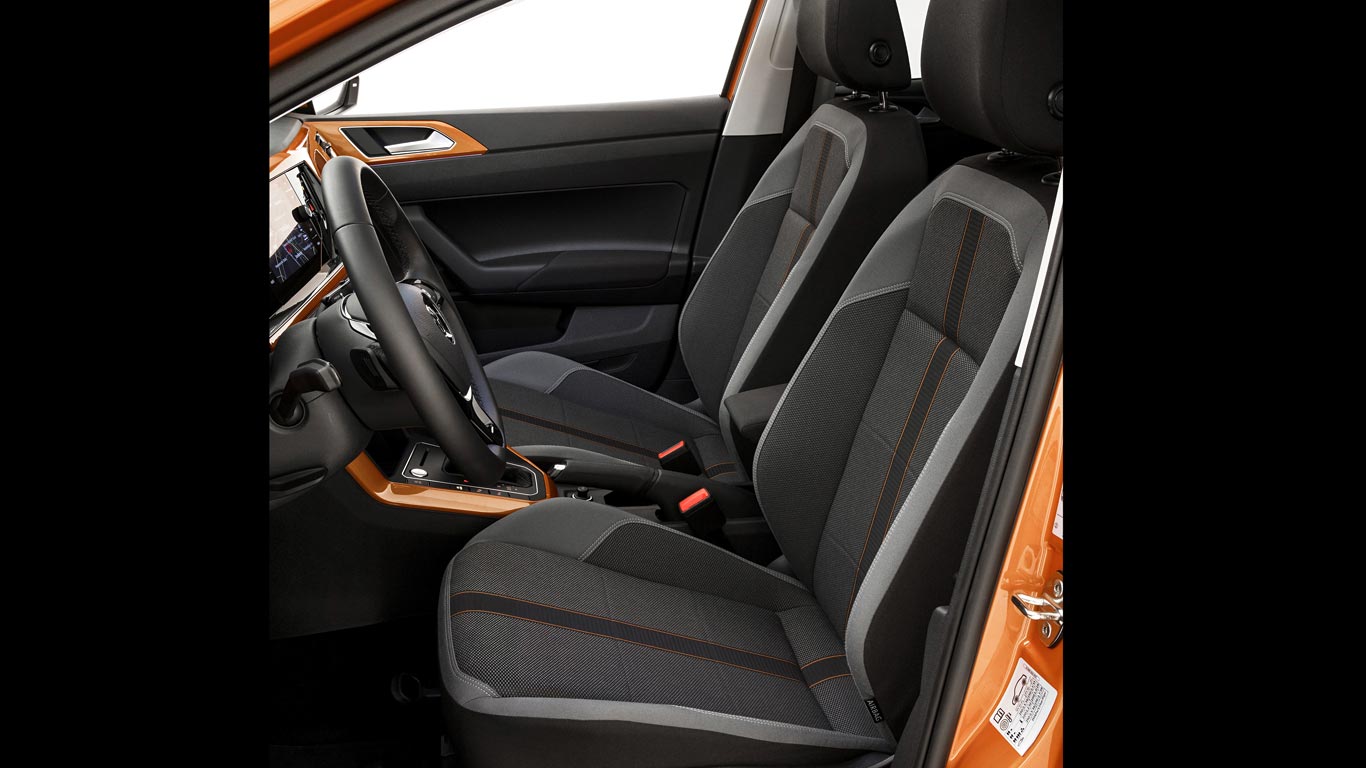 Volkswagen says there is more space for people and luggage here than in the Golf of 15 years ago. That seems entirely plausible, with decent room for four adults to relax in comfort. Particularly impressive is the shoulder room, which gives big-car airiness, especially in the front seats.

Noise levels are notably low, and the suspension gives a firm but generally comfortable ride over the city roads we experienced on the test drives. The climate control seems particularly good. It all adds up to a thoughtfully developed car.

It’s jolly, too. An especially broad palate of colours is offered and these can be contrasted with a splash of colour on the dashboard, from Energetic Orange to Limestone Grey. Sounds dubious, but it adds a lift. 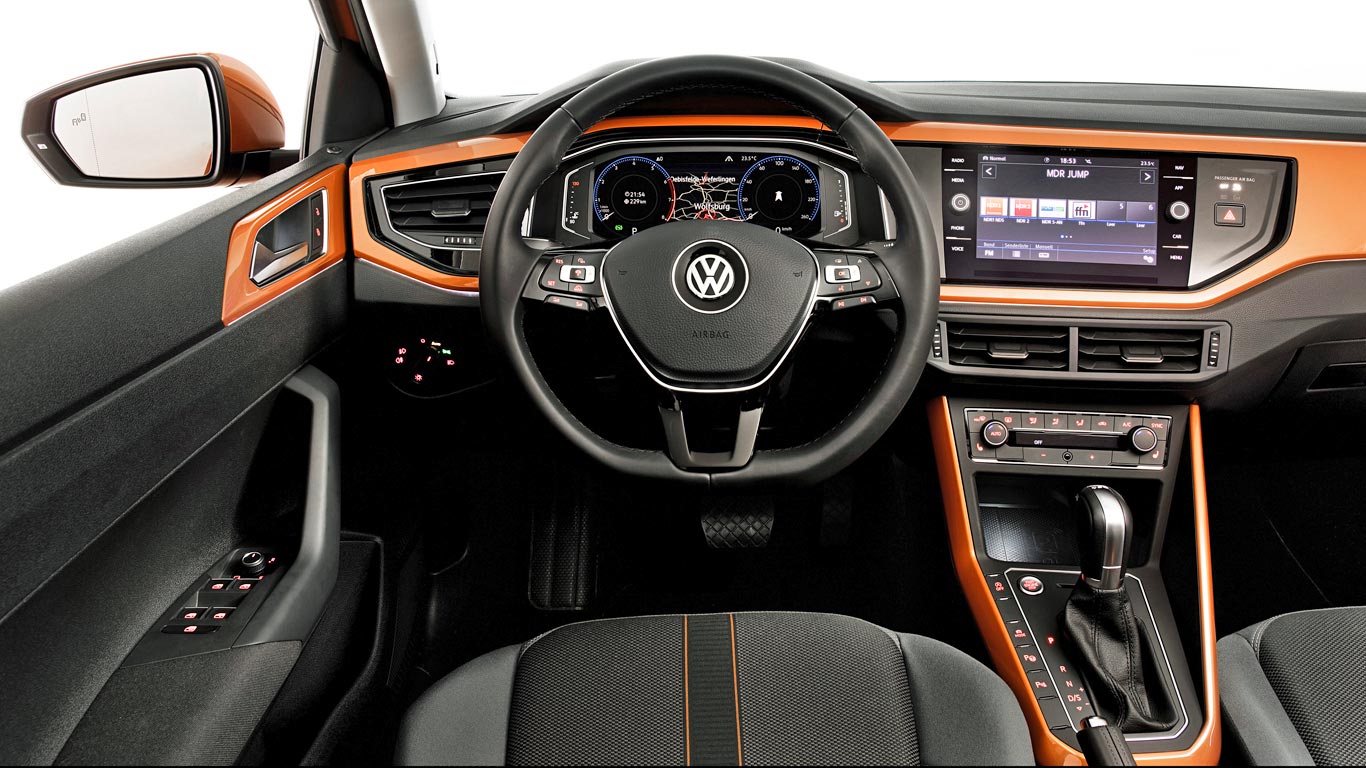 So too does the Active Info Display, which replaces the traditional instruments with a graphic display like that on your computer. You can switch between various layouts to suit your mood, so that instead of the usual circular speedometer and rev counter, you can choose a numerical design with extra information in the space that’s freed up.

This is not a new idea, of course, but it is unusual in a supermini like the Polo. The display quality is good, too – better than we see in some far more luxurious cars. That’s progress in electronics: what was great yesterday looks old-hat today.

There’s much more tech on offer, some of it appearing in a Polo for the first time. Pedestrian Monitoring and Front Assist help minimise the risk of you running into people or other cars, providing automatic emergency braking if necessary. They’re standard on all Polos. There’s also a whole raft of other safety technology, from a sophisticated reversing camera to monitors that warn when you wander out of a motorway lane.

Wireless phone charging is on offer, plus all the more commonplace items like navigation and climate control. Many of these delights won’t be found as standard on any new Polo you buy in the UK, whether it is a Match, R-Line or SEL. Instead, they’re placed firmly on the optional extras list. That clever instrumentation, for example, will cost £400. 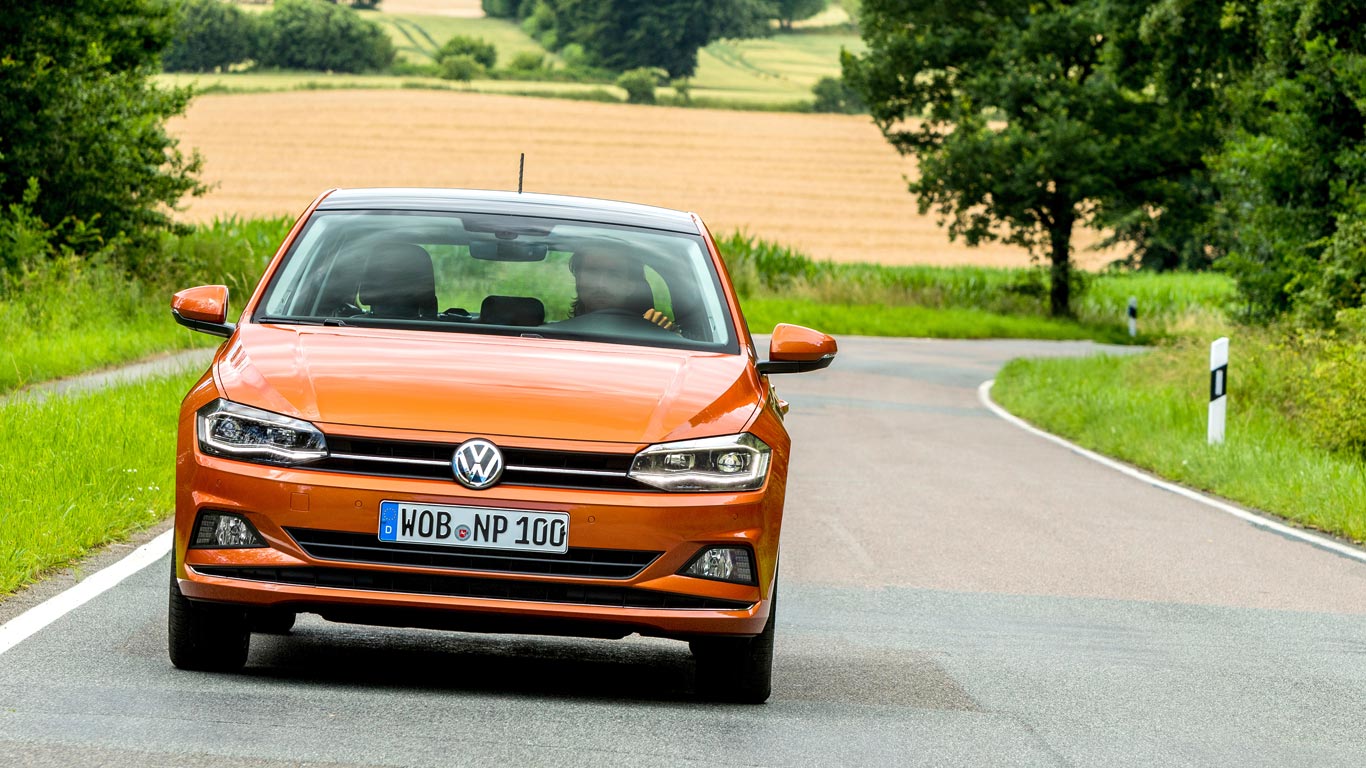 The six petrol engines offer a wide spread of power, and although a 200hp Polo GTI is coming, the emphasis in Hamburg was on the 1.0-litre models. VW offers these in four different power outputs, with five- or six-speed manual gearboxes, and automatic transmission in the two more powerful models.

Basically, the more you spend, the better it gets. All these 1.0 engines have three cylinders, which means better economy than a four-cylinder and a distinctive hum that is commonplace today in many eco cars.

The most powerful model has 115hp, is great fun and particularly relaxing to drive. Yet save a bit by choosing the 95hp model, get the excellent seven-speed automatic transmission instead and you have an ideal combination for city and long-distance drives. Lesser engines, with 65hp and 75hp, weren’t available to test in Hamburg.

Economy of the 95hp model is claimed to be around 63mpg in either manual or auto form. The 1.6-litre diesel also drives well, and offers extra mpg, but make no financial sense in a small car like this. 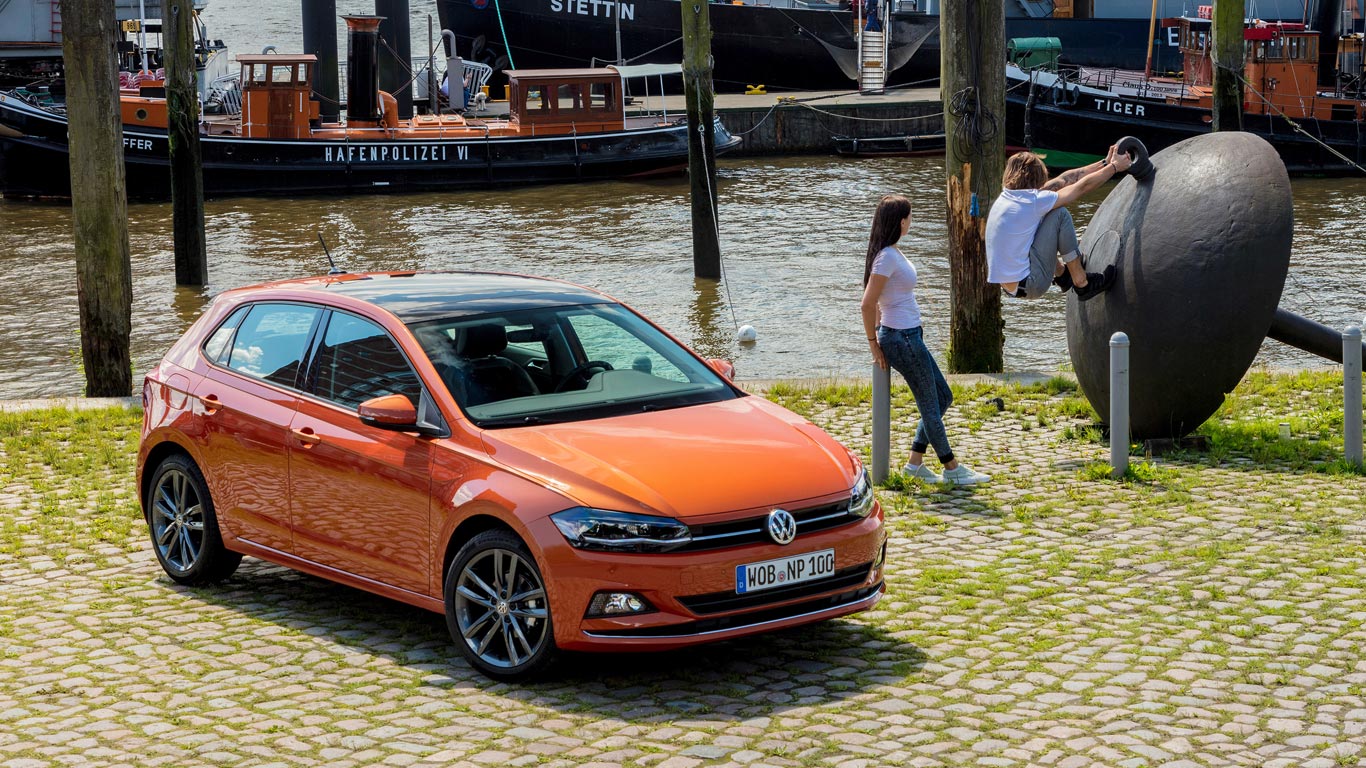 I chanced upon a still-current Polo at Hamburg airport as I was about to board our plane home, and that reinforced the conclusion that the new, sixth-generation machine offers so much more in terms of presence and style. You could buy the Polo instead of a Golf and really not lose out very much, either in looks, practicality or the driving experience.

The fact it only comes only with five doors says a lot about VW’s approach to the new model. UK prices won’t be available for a while, and the first cars won’t be delivered until January 2018, so it’s impossible to make a judgement on the value of the Polo here and now. But I am betting there will be plenty who are happy to pay extra for this fine new supermini.

What do existing motorists want learners to master before taking their test – ready for taking to the road in 2019?
Read more

Bank holiday traffic this weekend could be ‘worst in years’

Hot cars ‘as bad as drinking and driving’

It’s easy to say you can’t put a price on safety, but when it comes to buying a new car, you don’t need to break the bank to protect yourself on the road.
Read more
Motoring ResearchWe Are Everything Motoring
Facebook
Instagram
Pinterest
Twitter
Youtube