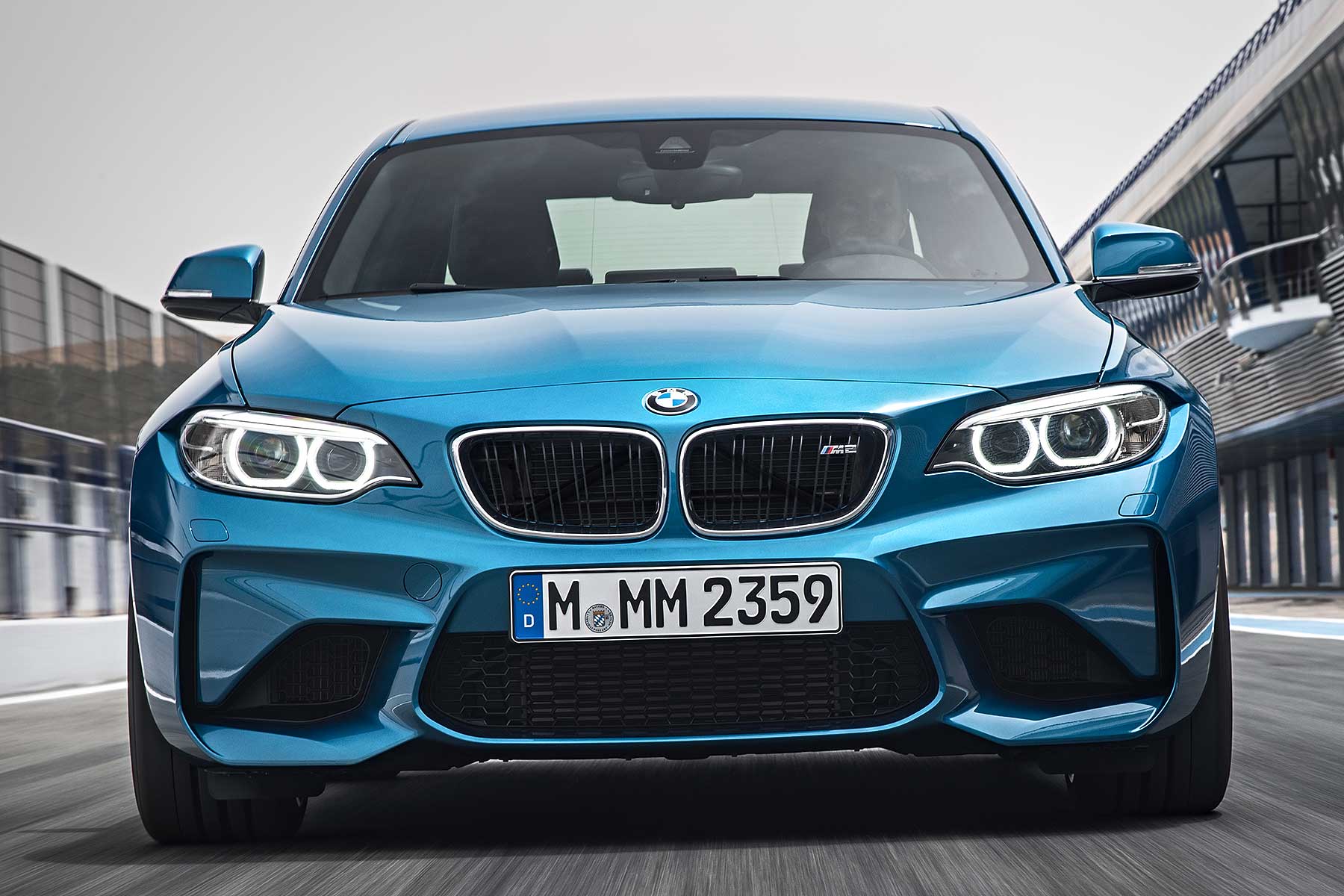 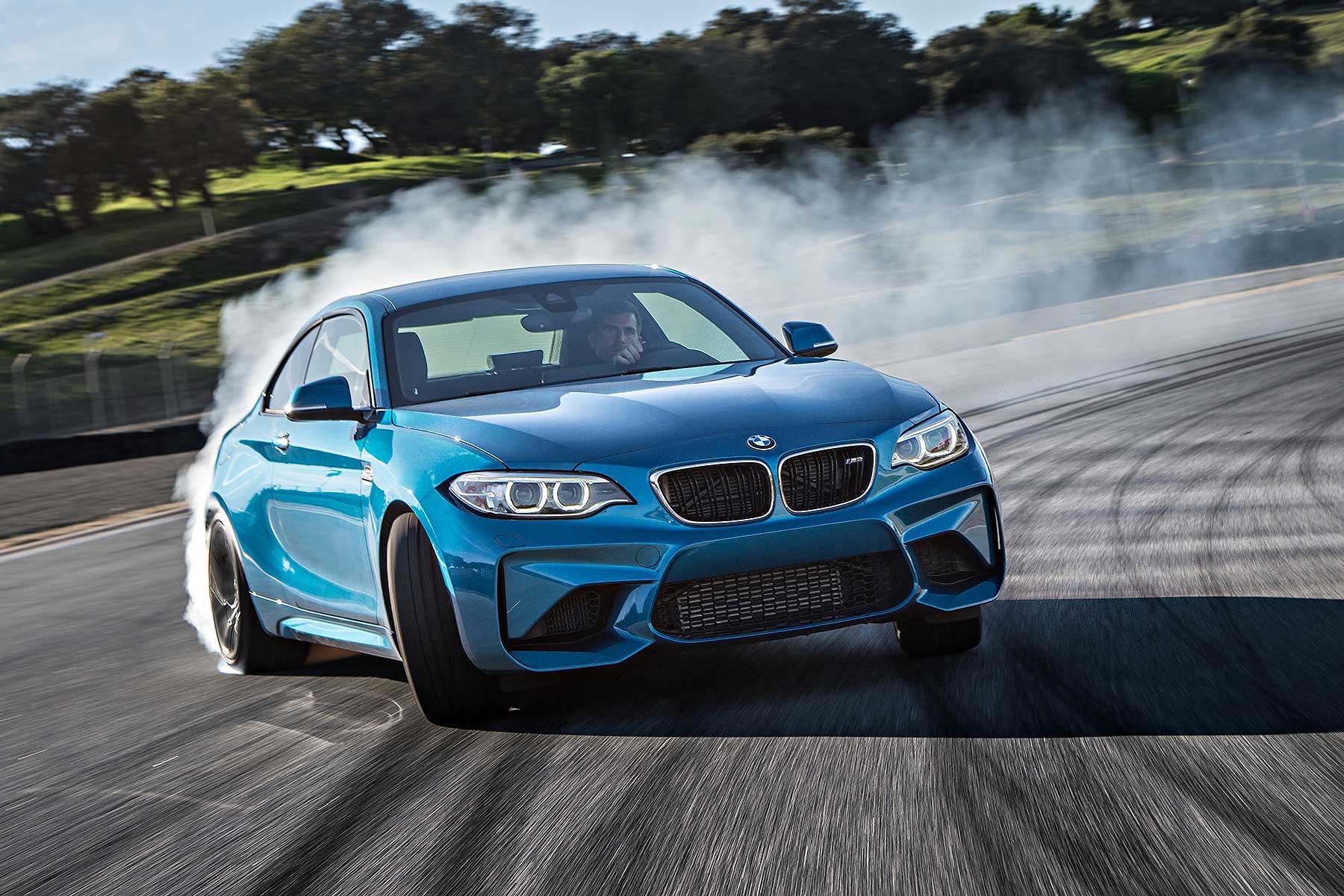 In the world of BMW M Cars, it’s the M3 that has the heritage stretching back over the years. This M2 has a much shorter lineage. There’s the 1 Series M Coupe of this millennium, but then it gets more tenuous, though BMW likes to point at the 1973 2002 Turbo as the granddaddy of these small performance BMWs.

Which means this new model has some boots to fill, which it does by offering up a deeply impressive specification. The engine is a variation of the 3.0-litre turbo from the M3 and M4, not quite as expensively engineered, but still good for 370hp and 342lb-ft of torque. The aluminium suspension subframes and components are also those of the M3/M4.

But it’s the brutal style of the M2 that you’ll notice first. There’s no escaping the proposition, with a massive increase in width over broad shoulders, tyres are within a hair’s breadth of those on its bigger siblings, and a purposeful redesign to the front end, full of basking shark orifices.

The M2 is priced from £44,070 with the six-speed manual transmission, while the version with the seven-speed double clutch automatic transmission is £46,575.

One more thing you should know. The new BMW M2 has a “Smokey Burnout” function. It’s what you’ve always wanted, even though you might not have realised it quite yet. “It invites the driver to indulge in a degree of wheelspin at low speeds.” Inspired. If expensive, should you use it often. 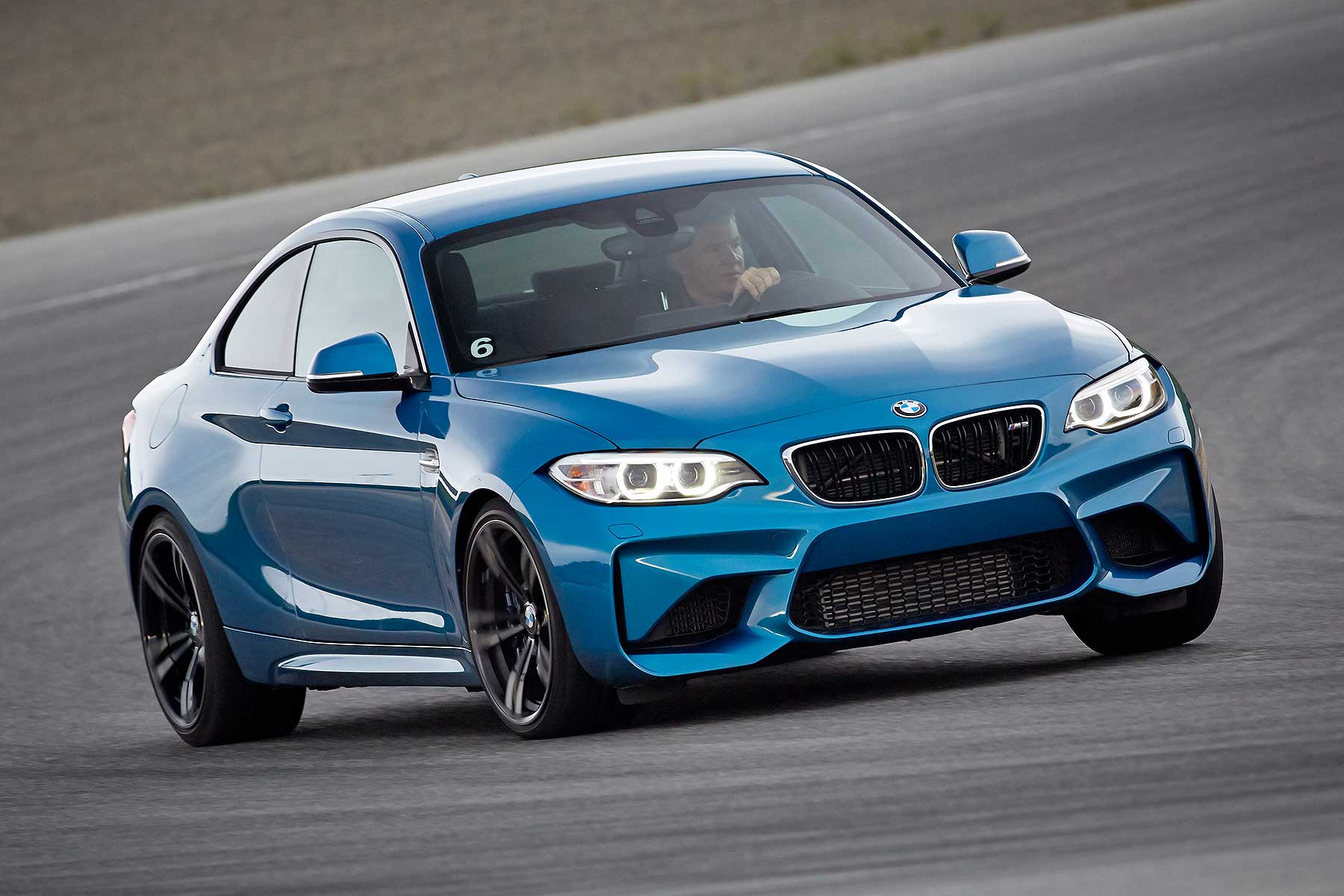 First we get to drive the M2 on the racetrack, and no regular racetrack at that, but Laguna Seca in California, just up the road from Pebble Beach. It’s one of the most challenging circuits in the world. The BMW M2 proves to be something of a star here.

Ignoring the performance for a moment, it is sheer agility of the chassis that stuns. The M2 tracks with undying accuracy into the bends, nudging corners apexes with routine simplicity, powering out of the bends as if there is no tomorrow, with a steering feel and accuracy perfectly matched to the chassis.

It’s hard to think of a regular road car that would be significantly better on a circuit than this. The M2’s alacrity is aided up by smart electronic traction systems that compliment the brilliant suspension design. There are plenty of settings to play with, but Sports Plus is the hero mode that makes you feel like a superstar. 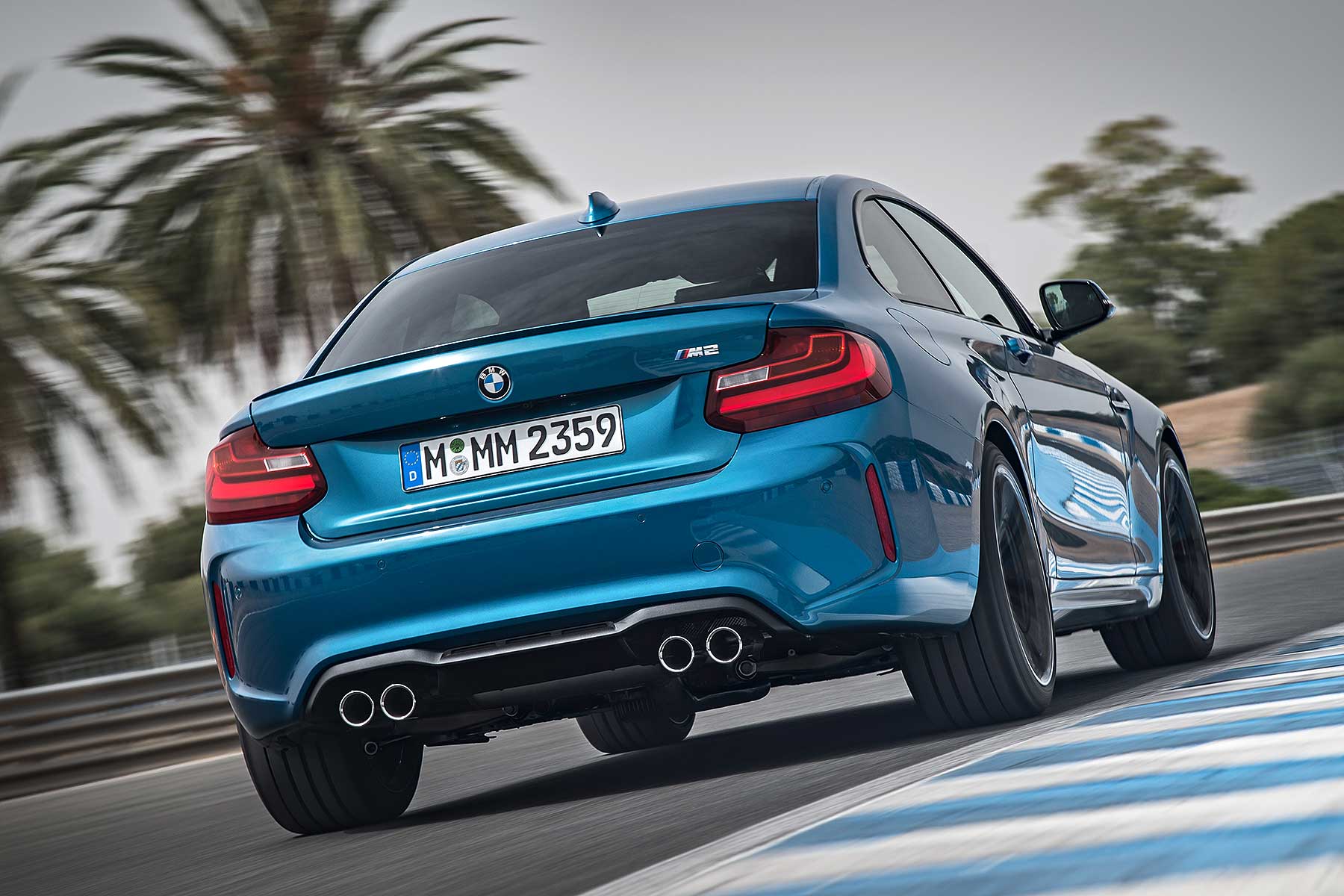 It sets the traction and stability systems to allow the M2 to wag its tail or drift a little before reigning things in. The small BMW is never allowed to get out of shape, but from the drivers’ seat you know you are achieving something rather special, controlling the car at its very limit.

Except this is partly a misconception. Kid yourself, if you like, that the way the M2 is flowing around a race track at absurdly high speeds is all down to your own skill. But switch the dynamic stability control completely off, and you’re on your own, as I found it. The back end flicks out and you’ve spun the M2 off the tarmac in a fraction of a second.

The engine. It’s wonderful. It feels incredibly strong as it spins around to 7,000rpm, with pretty much the same level of punch throughout the rev range. The result is the M2 is oh-so-fast, reaching 62mph in 4.5 seconds, or 4.3 with the fast changing automatic, all to the tunesome sound of a full BMW M car.

Auto or manual? Both are marvellous and there’s much to enjoy with the seven-speed M DCT box, with its paddle shifts and variety of modes. But the six-speeder is a gem too, offering throttle blips as you change down, perfectly matching the engine with the road speed. 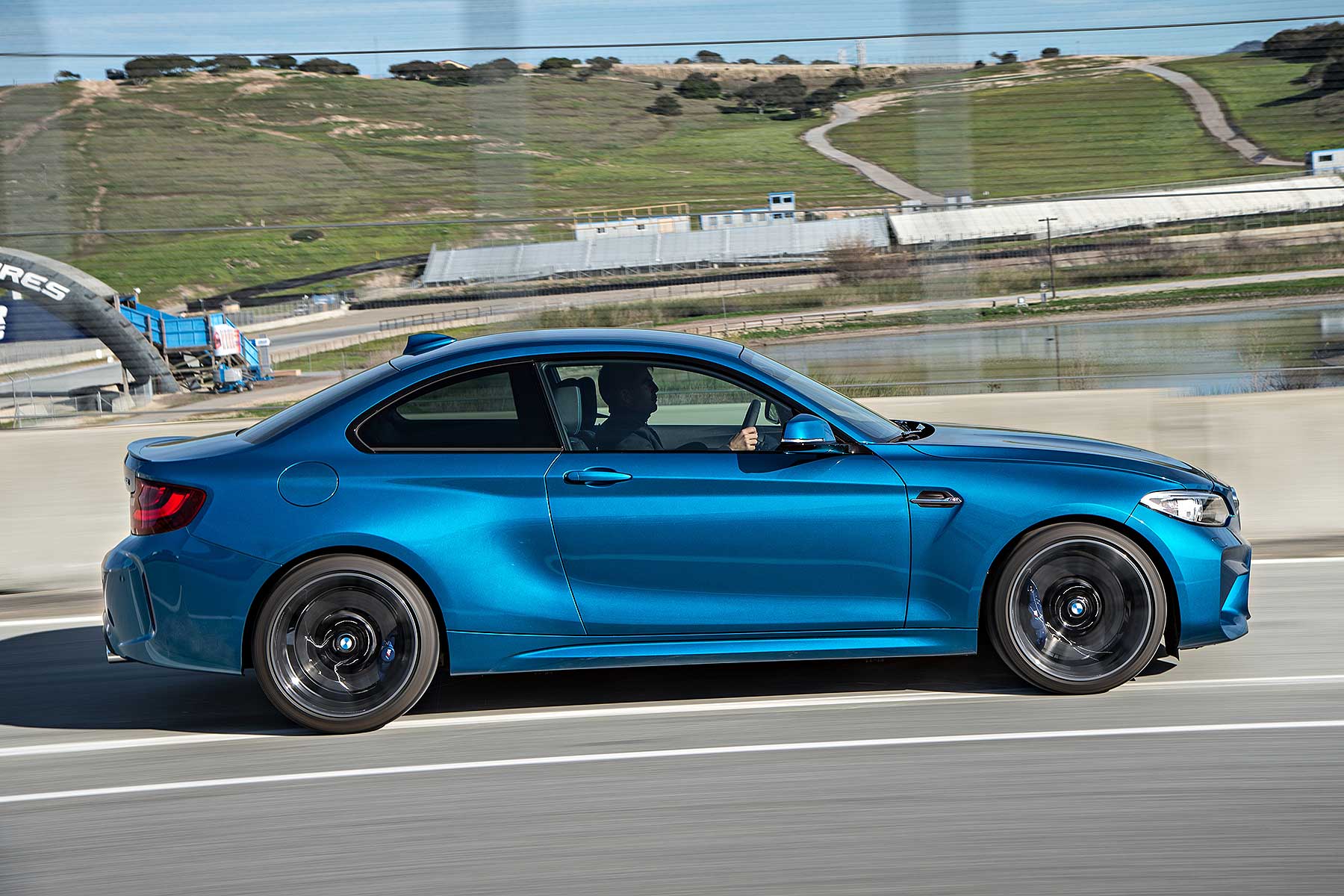 Put the M2 on a public road and you’ll struggle to make use of even half of the performance. The top speed is limited to 155mph, though you can specify the M Driver’s Package that takes this up to 168mph.

Yet the M2 remains thoroughly enjoyable in normal use, the crisp throttle response and available power under your right foot endlessly entertaining. The ride is very well resolved too. Firm, certainly, but rarely bumpy. 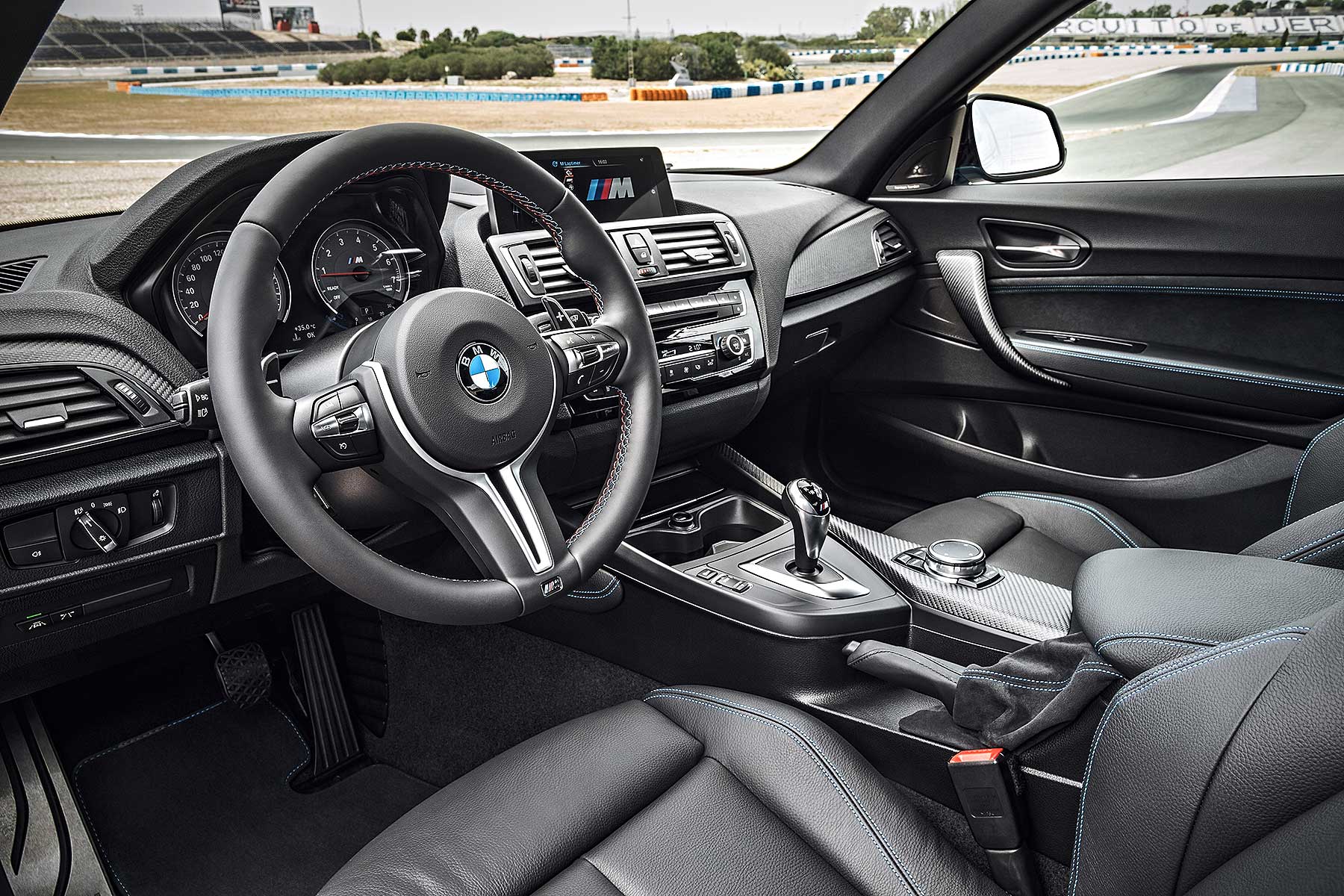 If you consider a Porsche Cayman as the M2’s closest rival, there’s a major separation. The BMW has four seats to the Porsche’s two, though they are closer run when it comes to luggage capacity.

Where this BMW M2 falls down, especially in the face of the Porsche, is in the dashbaord. It’s straight out of a £21k BMW 1 Series. While there’s not necessarily anything wrong with that, this is an extraordinary car, and the M2 deserves more of a lift. 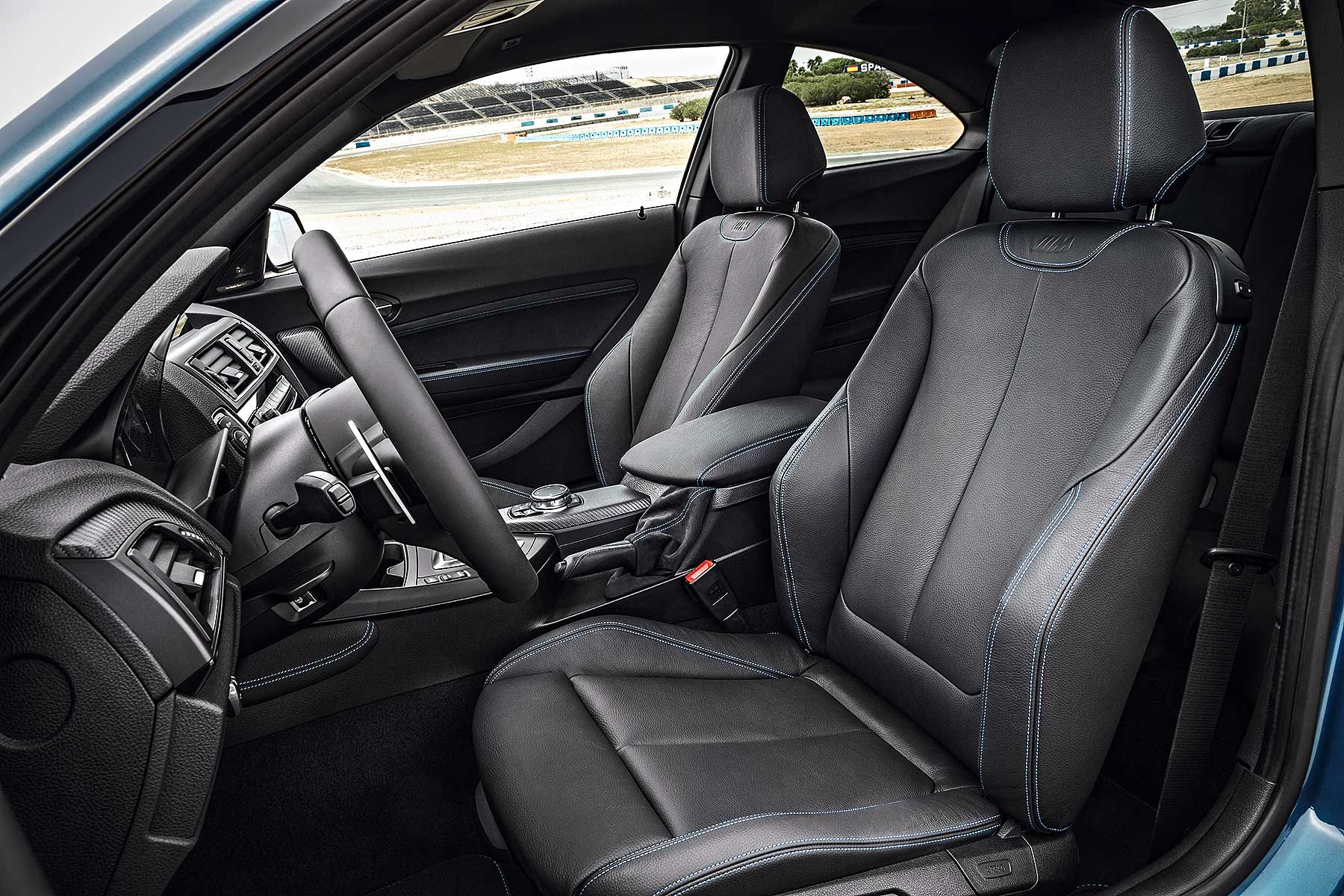 It does get some superb sports seats, plus a catalogue of M-car titillation like Alcantara inserts, contrast stitching and a Schwarzenegger steering wheel. 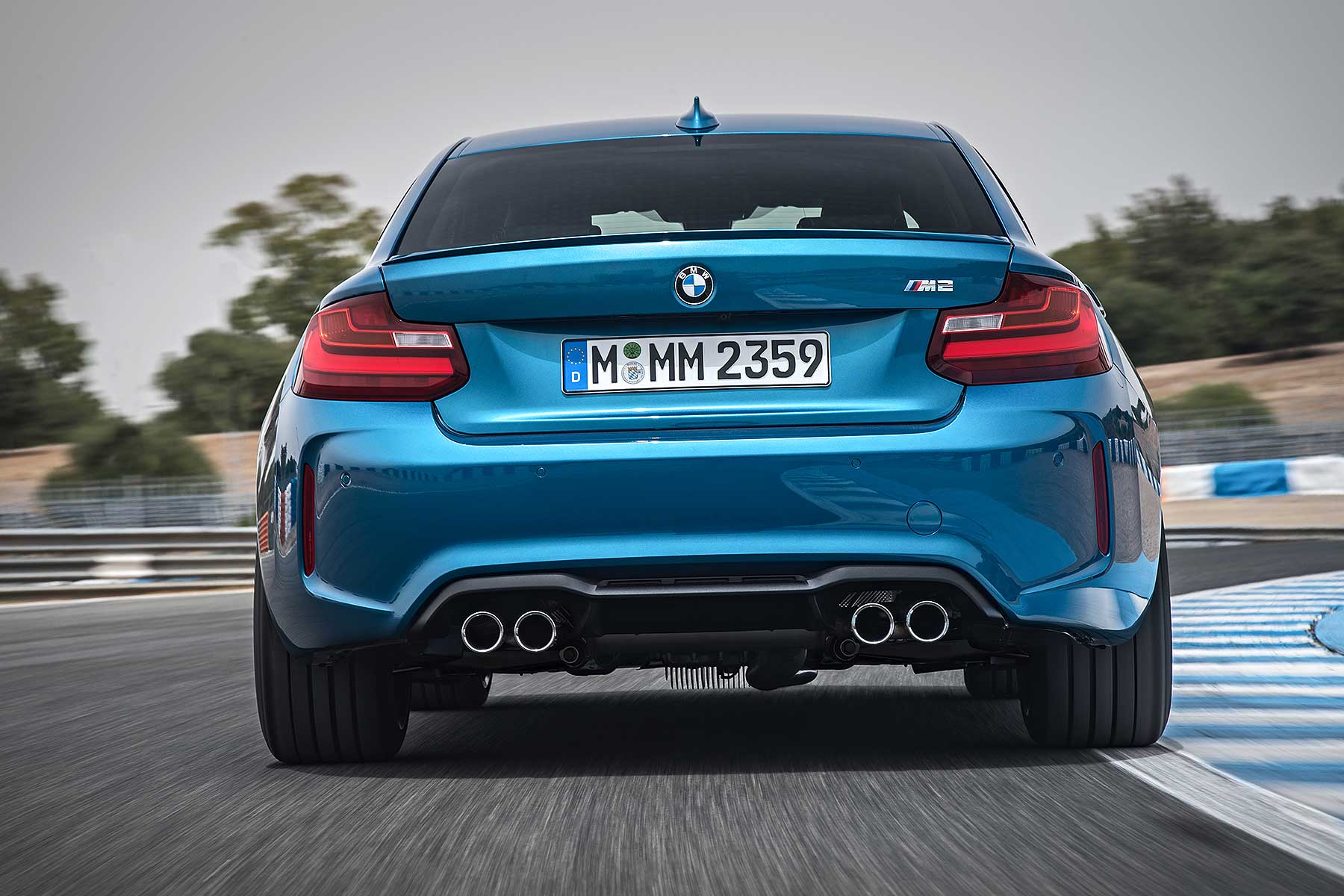 We saw 25-30mpg on the road drive, and as low as 7mpg when on the race track. The official combined economy figure is 33.2 for the manual, 35.8 for the automatic.

All of these numbers sound rather good for a car with this performance potential. BMW is something of a master at extracting some good real-world figures from its cars.

Resale values of BMW’s M division cars have always been strong. Four- to five-year old versions of the M2’s predecessor, the 1M Coupe, are currently trading at, or even well above, the original £40k list price. So the M2 could, with a bit of luck, cost you almost nothing in terms of depreciation. If you look after it. 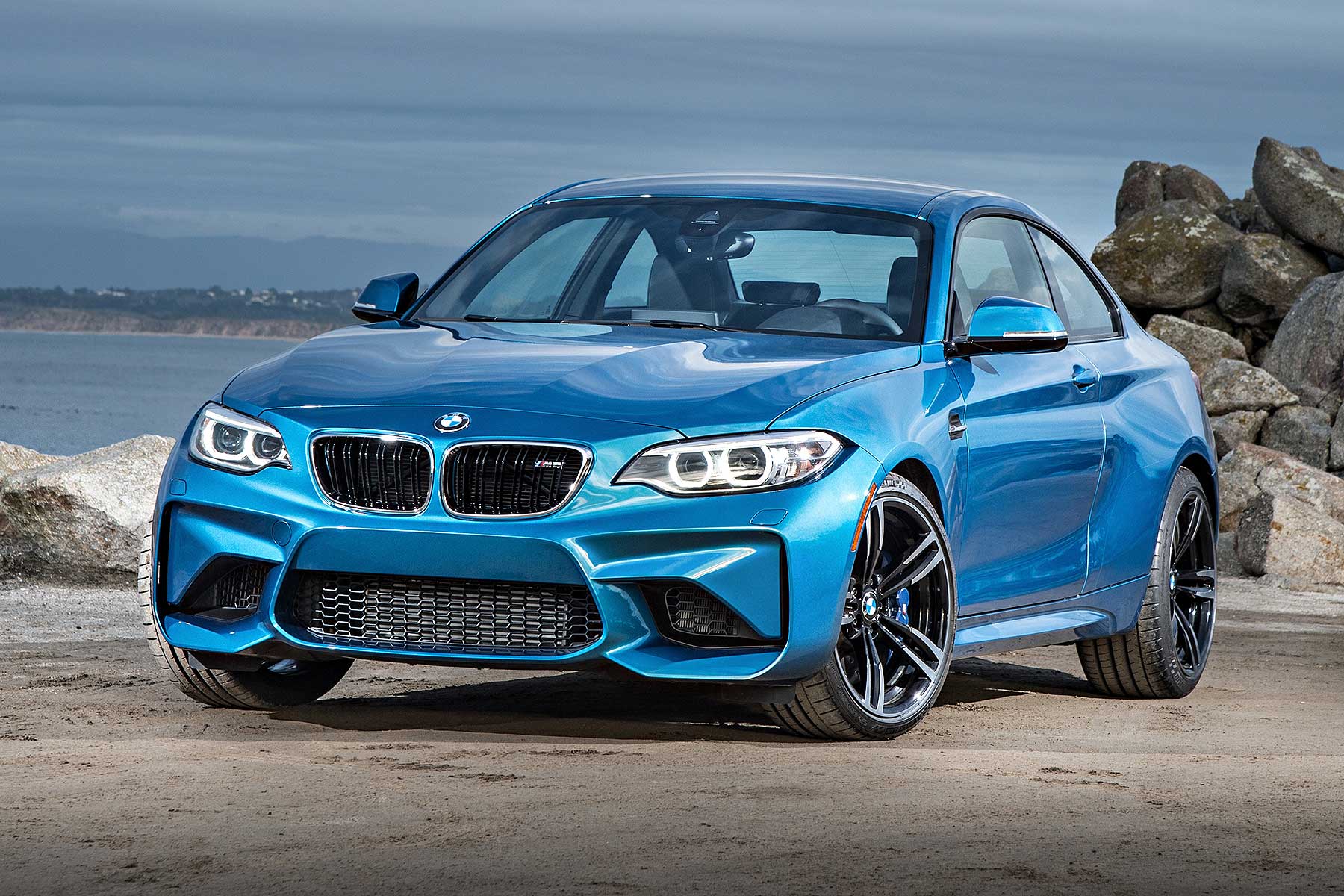 The new BMW M2 is a staggeringly good performance car. The combination of supercar acceleration with a cleverly developed chassis, all wrapped in a package that’s sufficiently compact to make the most of UK roads, is tantalising.

The style won’t suit everyone – it’s too brutal for that – but it certainly turns heads, which for many is surely part of the deal.

That the M2 probably won’t depreciate much, can fill an evening just discussing its technical prowess, and it is massive fun to drive, seals it. Buy one.