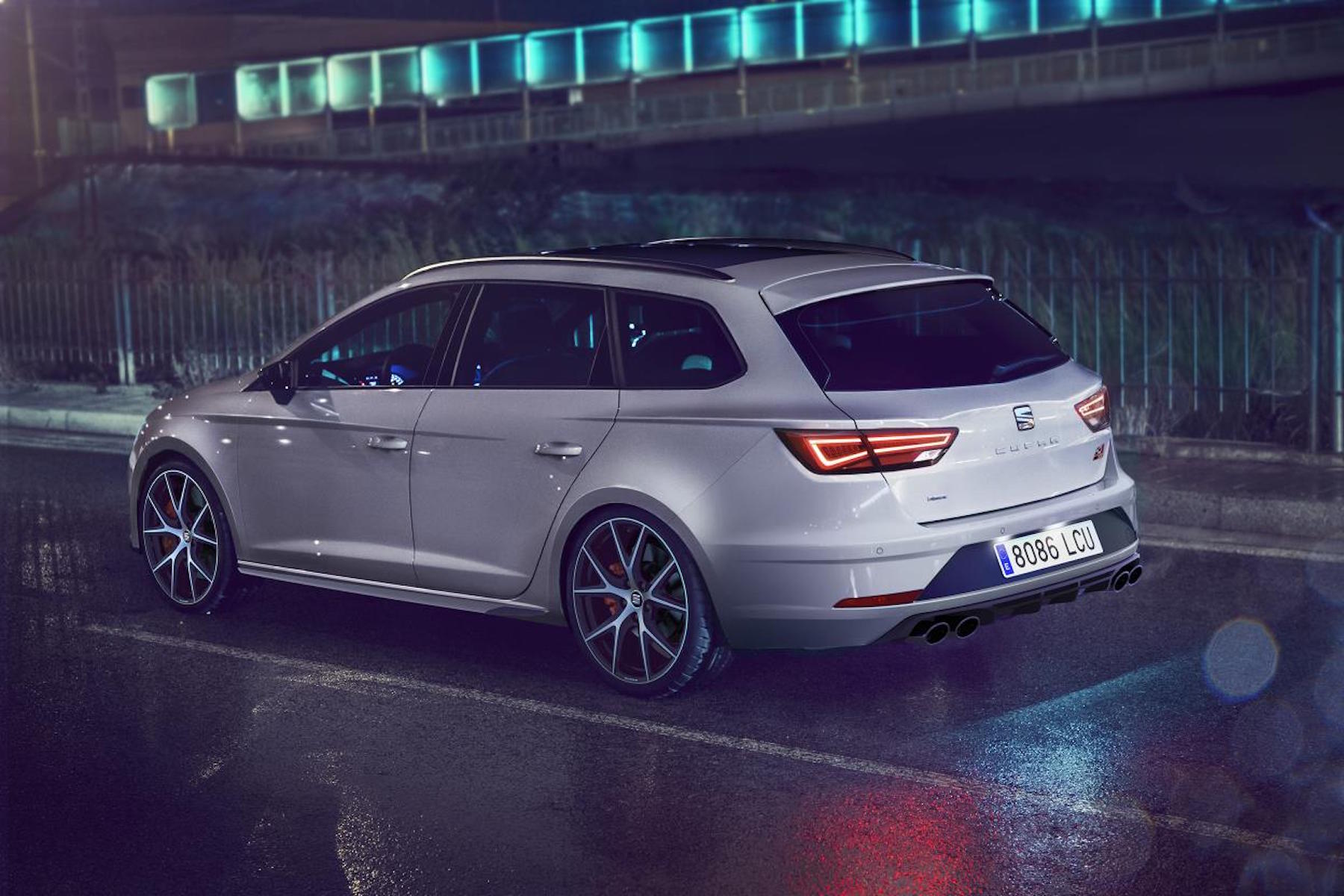 Seat fans who like to combine load-lugging practicality with performance are in luck this summer.

A new limited-edition version of the Leon ST Cupra estate adds an array of styling enhancements, along with mechanical upgrades over the standard car.

Being badged as the Carbon Edition gives an obvious clue as to the nature of the bodywork bolt-ons, with lightweight carbon fibre used for the rear diffuser and side skirts. It might not be as dramatic as the special Cupra R version, but it still adds some extra aggression to the handsome Leon.

You’ll need to be a fan of Seat’s Monsoon Grey paintwork, as that is the only colour on offer here. A set of 19-inch diamond cut alloy wheels are also standard, with uprated Brembo brakes nestled behind them. 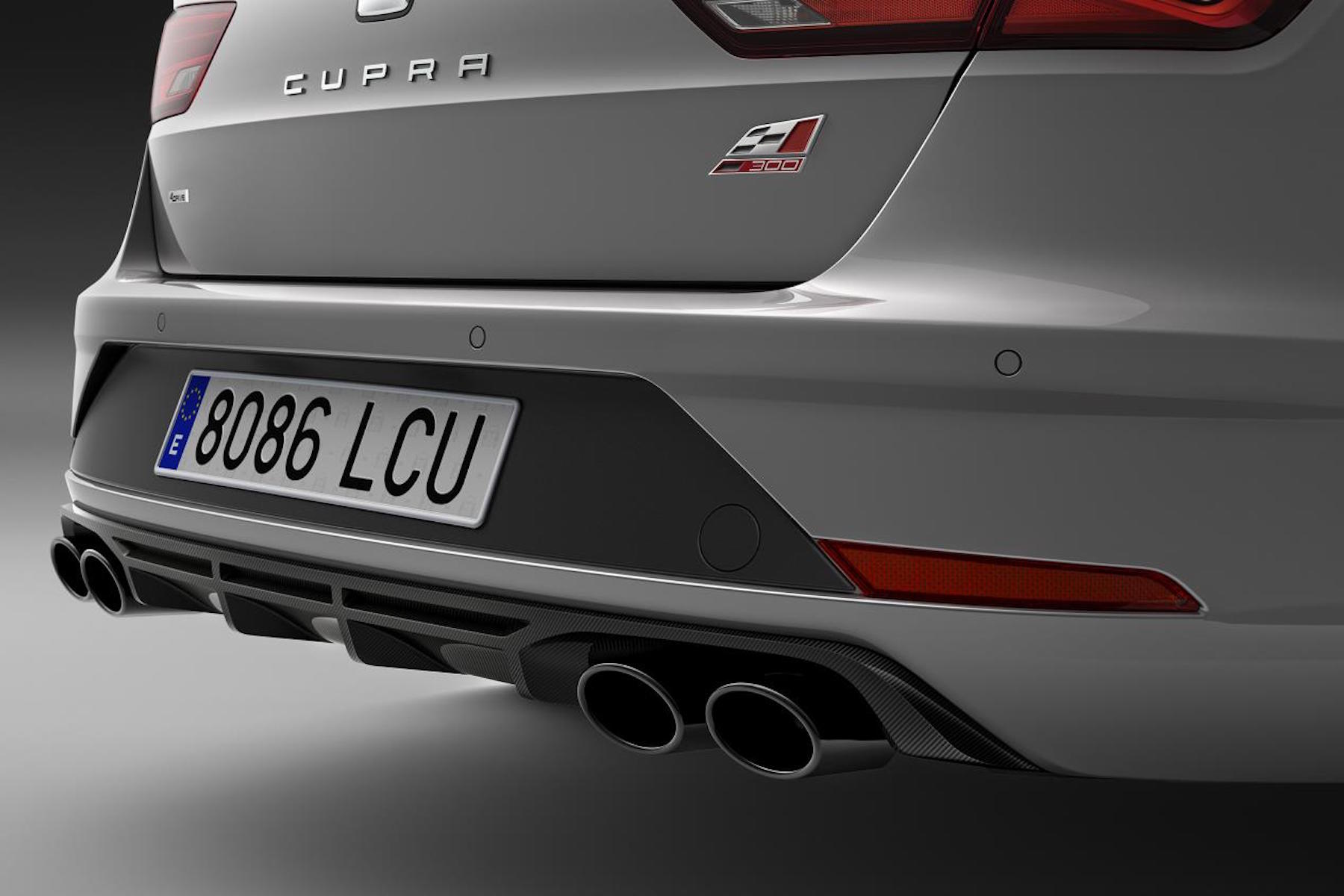 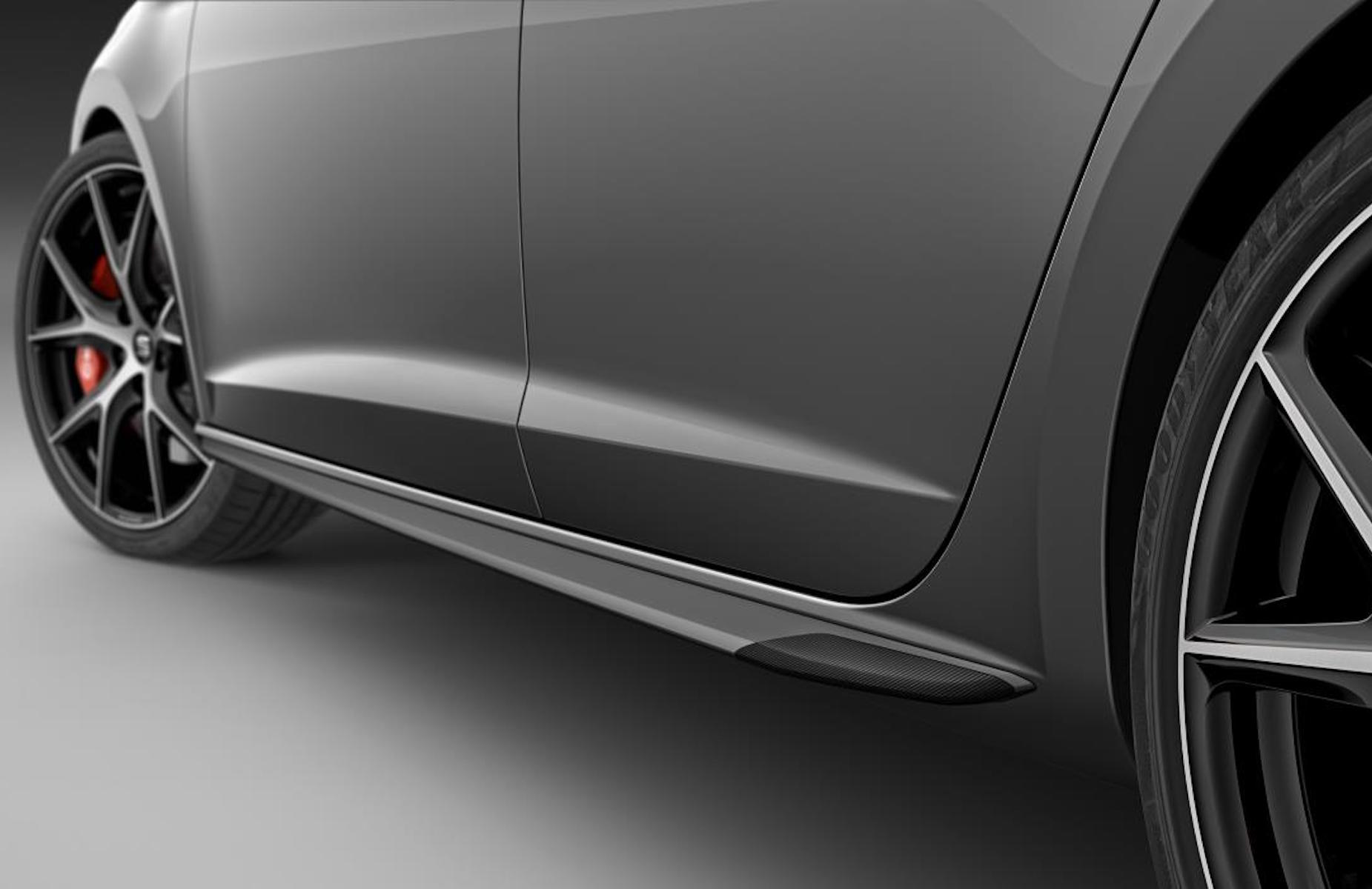 Expect plenty of Cupra logos in your Carbon Edition. The badge is applied to both the bucket seats inside, and to the quad exhaust tailpipes on the outside. There’ll be no confusing it for FR models at least.

Power comes from the 2.0-litre turbocharged engine, which still produces 300hp. This is matched to Seat’s ‘4Drive’ four-wheel-drive system, along with a DSG dual-clutch gearbox.

Recent announcements have confirmed that the regular Leon Cupra hatch will see its power output reduced to just 290hp. Blame the need to comply with the new WLTP emissions testing regime for the 10hp drop. It does mean that the Leon ST is now the hottest member of the Cupra family.

A price tag of £35,575 might seem steep, but this actual undercuts the mechanically similar Volkswagen Golf R estate. Those interested can place an order now, and the Carbon Edition is already available to play around with the configurator on the Seat UK website.