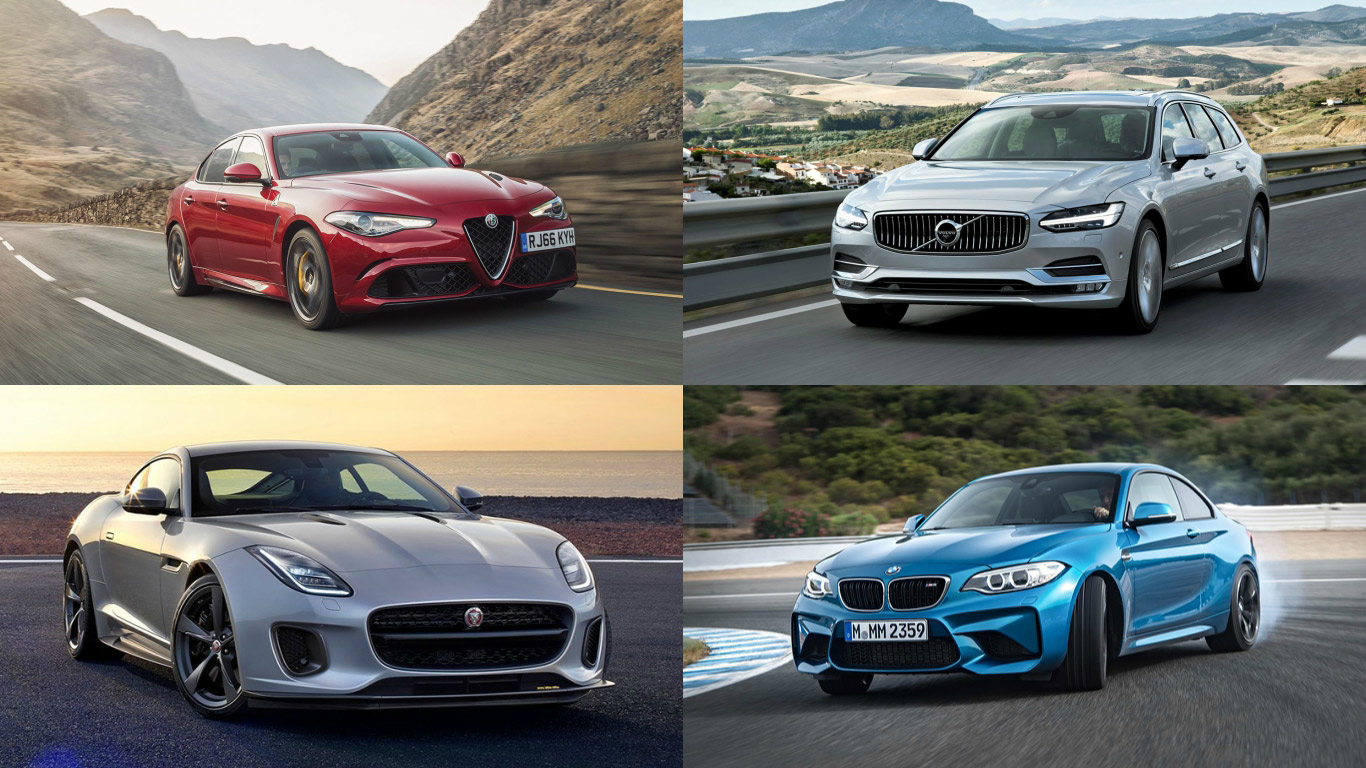 Love can be a fickle thing, even when it comes to one of the biggest purchases most people make. Auto Trader asked owners how much they agree with the statement ‘I love my car’ to establish which brands get the most endearment. We’ve presented the results in reverse order, meaning those at the beginning get the least affection from those that drive them.

It might be one of the biggest selling brands in the UK, but popularity doesn’t necessarily equate to affection for Vauxhall and its products, leaving it bottom of the pile. Despite a relatively modern range of cars and cheap pricing, perhaps Vauxhall suffers from being a brand driven by those who view their cars purely as transportation, but nothing more.

The Japanese brand might have been implicated in a fuel consumption scandal in its home country, although that probably doesn’t explain the low position for Mitsubishi amongst British drivers. The ASX and Outlander are both commendable, but hardly get pulses racing in a way offerings like the Lancer Evolution used to. Time will tell if the forthcoming Eclipse Cross can attract new buyers who’ll love, not just tolerate, a Mitsubishi. 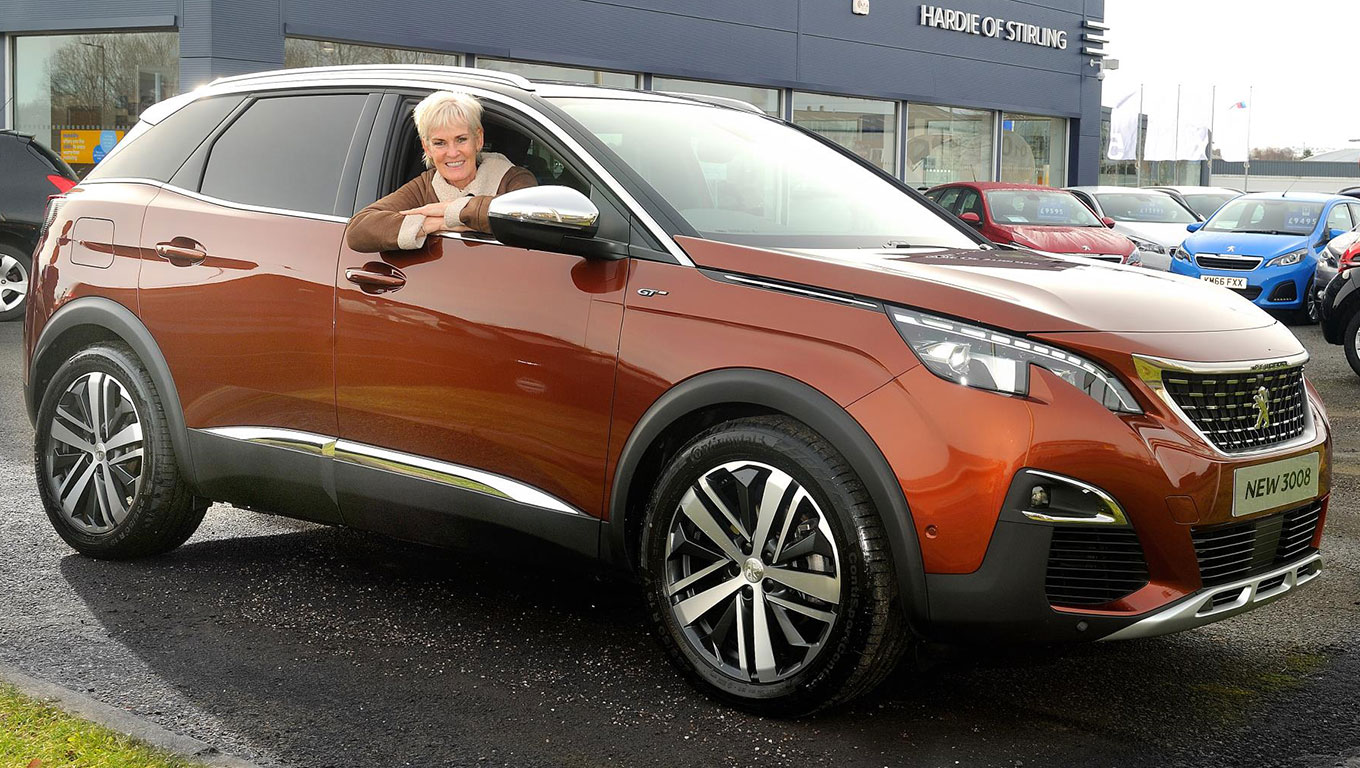 Judy Murray might be a big fan of Peugeot, and looks very happy here with her new 3008, yet other owners seem to have fewer reasons to smile. It may be due to vast scores of drivers taking advantage of finance deals purely as a means to an end, rather that deeply lusting over a new 108 Access with its 14” steel wheels and 68hp 1.0-litre engine.

Forget the halcyon days of the 1990s, seeing Nicole running off with Bob Mortimer in that classic Clio advert. Right now, Renault owners seemingly feel more like the jilted Vic Reeves, despite good-looking new cars like the Megane and Scenic. La Regie may have a reputation for lacking reliability, although a recent survey put the brand only slightly below the industry average on that front.

Maybe we should blame Brexit for the wealth of French brands propping up the bottom of this list, especially with Peugeot Citroen having recently acquired Vauxhall. This low placing seems a little unfair on Citroen, which has recently returned to making interesting and fun cars like the Cactus and new C3. Low ratings in dependability surveys might explain the hint of resentment owners feel towards their cars, however. 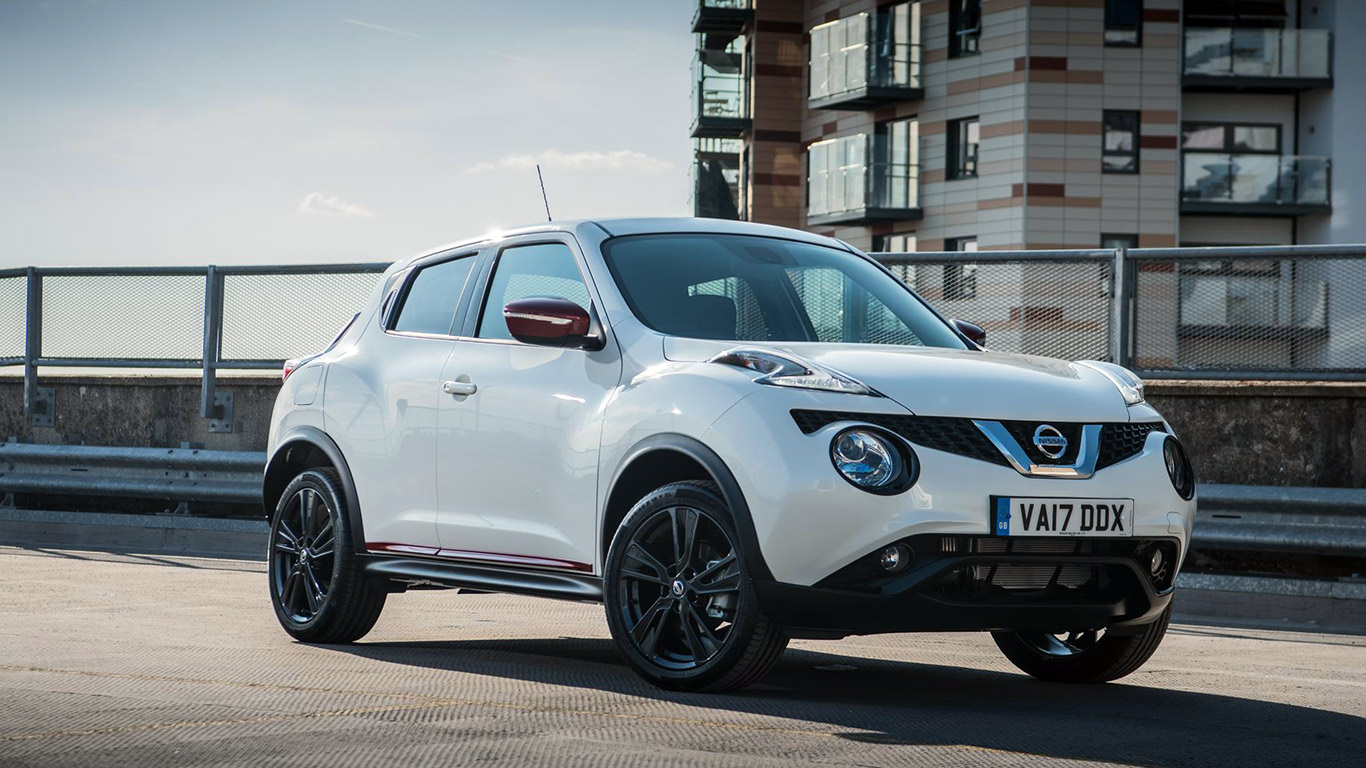 Does familiarity breed contempt? With thousands of Jukes and Qashqais lining our roads, they’re seemingly not doing enough to enamour them to their owners. Whilst the crossover might be king of the road in 2017, it probably won’t wake you at 5am begging to be driven to the hills. Nissan may therefore be a victim of its own success, with a range of family cars just too practical and reliable to get the loins burning.

With the MX-5 roadster apparently the answer to any motoring conundrum, the low placing of Mazda has thrown us a little here. The current range is packed with handsome and fun machinery, whilst the brand also has a heritage for the funky and interesting. We’ll maybe just have to assume the only Mazda owners who answered the survey were ones forced to buy a Premacy when they really wanted an RX-8.

Unquestionably humble, Dacia has built a brand image centred on selling new cars priced cheaper than you might ever believe. The compromise comes in the form of older technology, styling best described as utilitarian, and interiors that major in pragmaticism. As such, a Dacia is a purchase most likely made after several hours with a spreadsheet and calculator, rather than on impulsive lust. 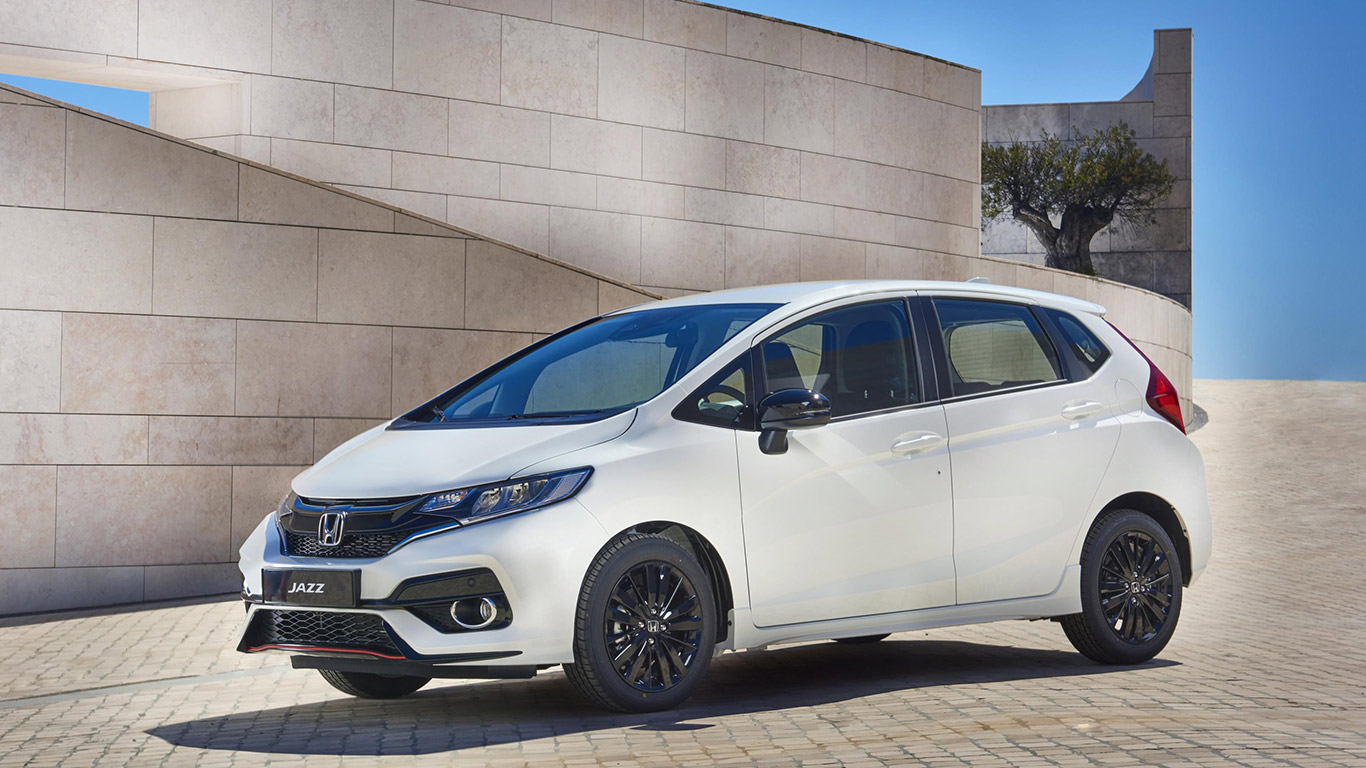 The Civic might be built in Britain, but owners apparently aren’t taking jingoism as a reason to love a Honda. With products that constantly appear in lists of most reliable purchases, there’s only so much that offerings like the Civic Type R can do to get the blood pumping. Another one to file under the sensible investment category.

With Prius drivers garnering a – perhaps unfair – reputation for piety to the hybrid drivetrain, we might have expected such dedication to push Toyota higher than this. Cars like the British-built Auris, along with the Yaris and Avensis, are deeply sensible choices and might mean an ownership experience built on trust and reliability. Maybe the next survey needs more GT86 owners to complete it…

Although Suzuki sales volumes are hardly massive in the UK, the brand does have something of a cult following. The new Vitara is easy to recommend, while the new Swift and Ignis are both capable of making drivers smile. Just clearly not enough to see the company pushed further up this list. For shame, Suzuki owners! 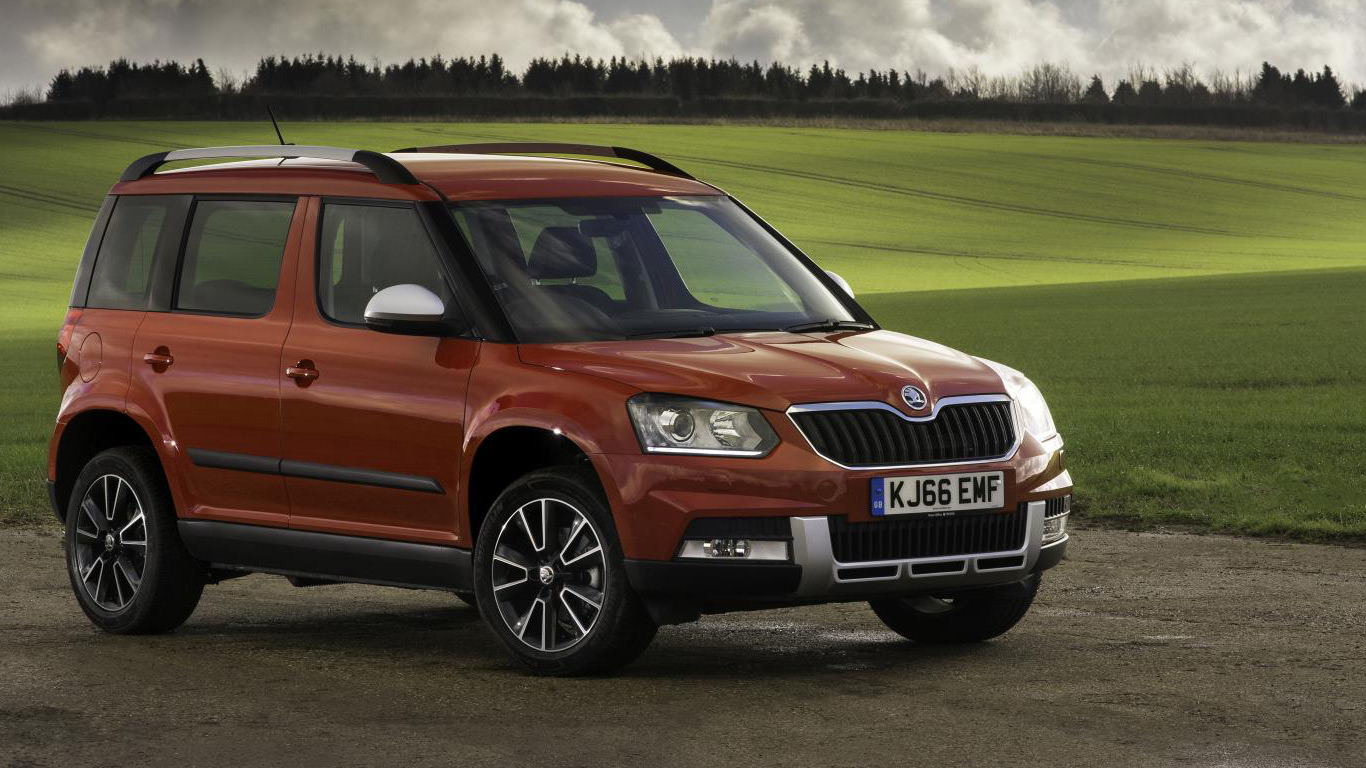 Inside the top 20 brands and we start to see more of a pull from those who have an actual affinity for their car, against those who are more ambivalent towards it. With the jokes about Skoda reliability now decades old, and unfounded based on numerous surveys, the Czech brand is no laughing matter. Perhaps it’s almost a little too serious these days, with fun cars like the Yeti having to make way for more grown-up offerings.

Given the considerable popularity of the Fiat 500 in Britain, we’re willing to wager that it is owners of them helping push the Italian brand higher up the rankings. All that Latin charm and soul is clearly more than enough to overcome Fiat’s reputation for flaky build quality.

As a contender for best image makeover Hyundai should be right at the very top. The brand now features a model range that includes the desirable Tucson, but still retains the comfort of a standard five-year warranty. New products like the pictured i30 N hot hatch, along with the Kona compact crossover, might find even more love for Hyundai. 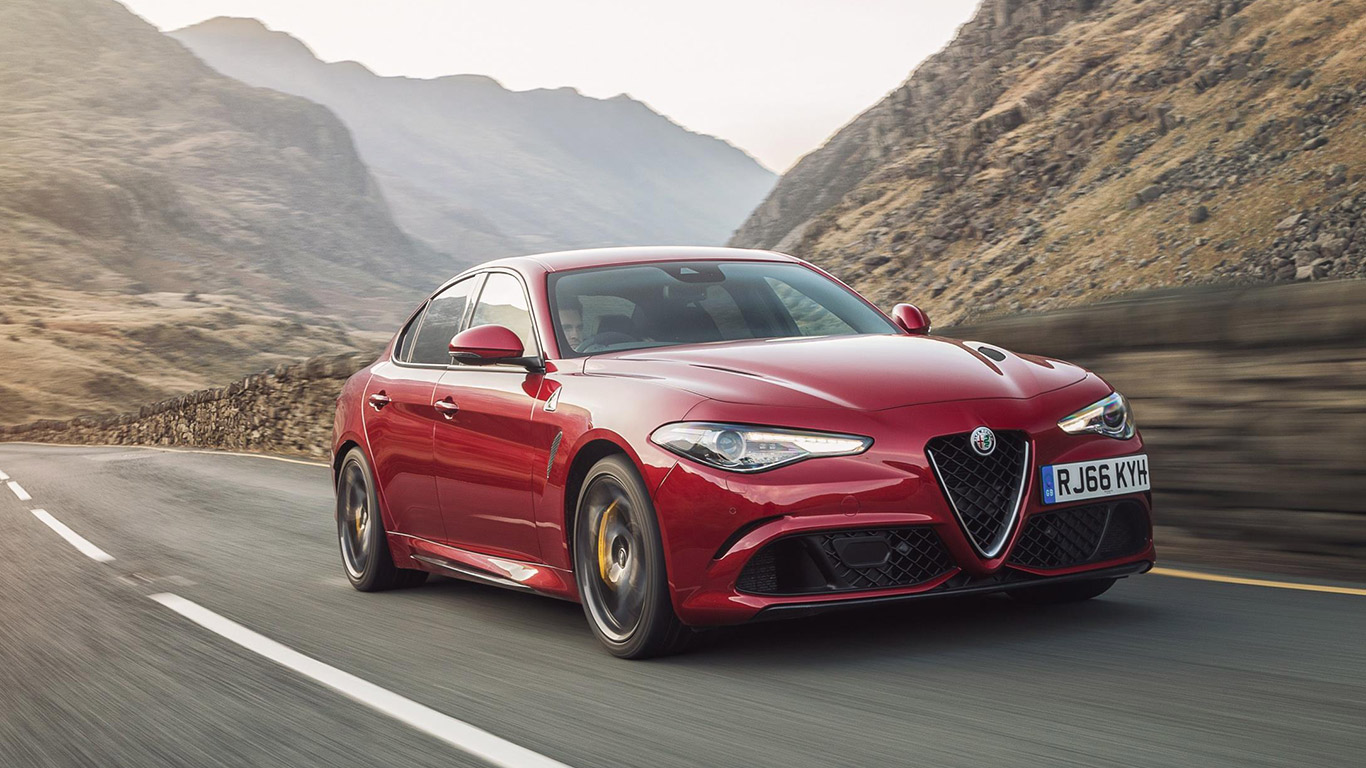 Owning an Alfa Romeo is a well-trodden trope for anyone who aspires to truly be considered a petrolhead. It’s also as much of a cliched concept as that of Alfa Romeos being unreliable and badly made. The two ideas almost balance each other out, with Alfa just below the midpoint of this survey.

With a reputation built on being all things to all people, Ford has an established history in the UK which helps and hinders in equal measure. For everyone with a Focus RS or Mustang, there is also someone with a rusty first-generation Ka. Given the vast numbers of cars Ford sells in Britain, being middle of the table for product ownership affection is a commendable achievement in itself.

Much like Hyundai, Korean stablemate Kia has also undergone a cultural awakening in recent years. With rebadged Mazda products long since banished to the history books, Kia’s offerings today are good enough to make owners genuinely care. The Sportage SUV attracts a loyal following, whilst the Picanto supermini also generates a buzz of enthusiasm. We imagine that seven-year warranty helps keep customers happy, too. 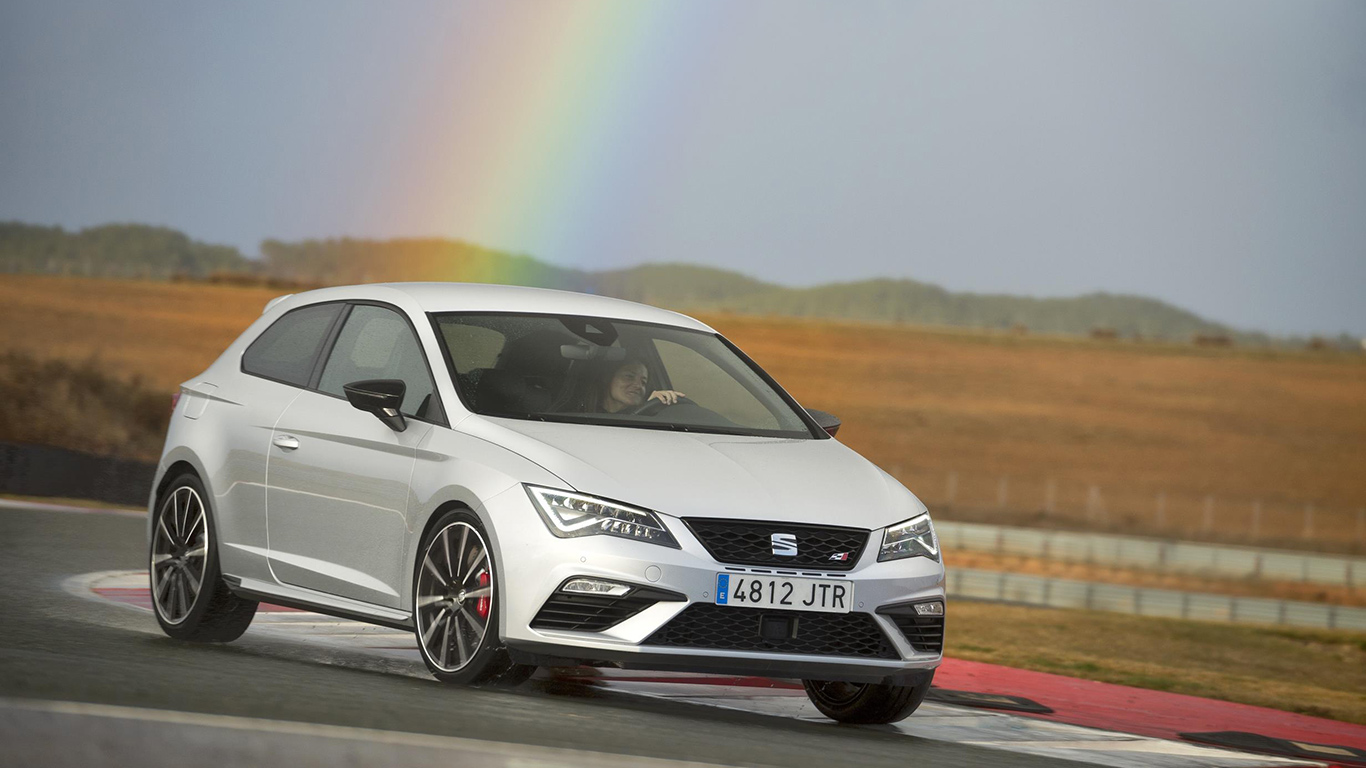 Typically pegged as the exciting Mediterranean cousin to other staid Volkswagen Group brands, Seat is on a roll at present with the Ateca, Leon, and new Ibiza all being praised by the media. Competitive pricing, good dependability levels, and distinctive styling also must play a part in winning over owners. Only badge snobbery about it not being a Volkswagen could potentially explain Seat not placing higher.

In a survey of 10,000 car owners, there comes a point where statistical deviations might skew things. One negative view of Aston Martin ownership is likely to have a more dramatic impact in comparison to an unhappy Ford driver. Still, an Aston Martin creates strong expectations, and features a commensurately high price tag, that means not everyone might be 100% satisfied all the time.

Despite several years of continuing dieselgate drama, somehow that isn’t enough to stop a considerable number of Volkswagen owners from loving their cars. Presumably, the owners of cars without diesel engines which required fixes to be made by dealerships. Dieselgate aside, the Volkswagen ownership scene is typically evangelical about its love for Wolfsburg, so this high placing should come as no surprise. 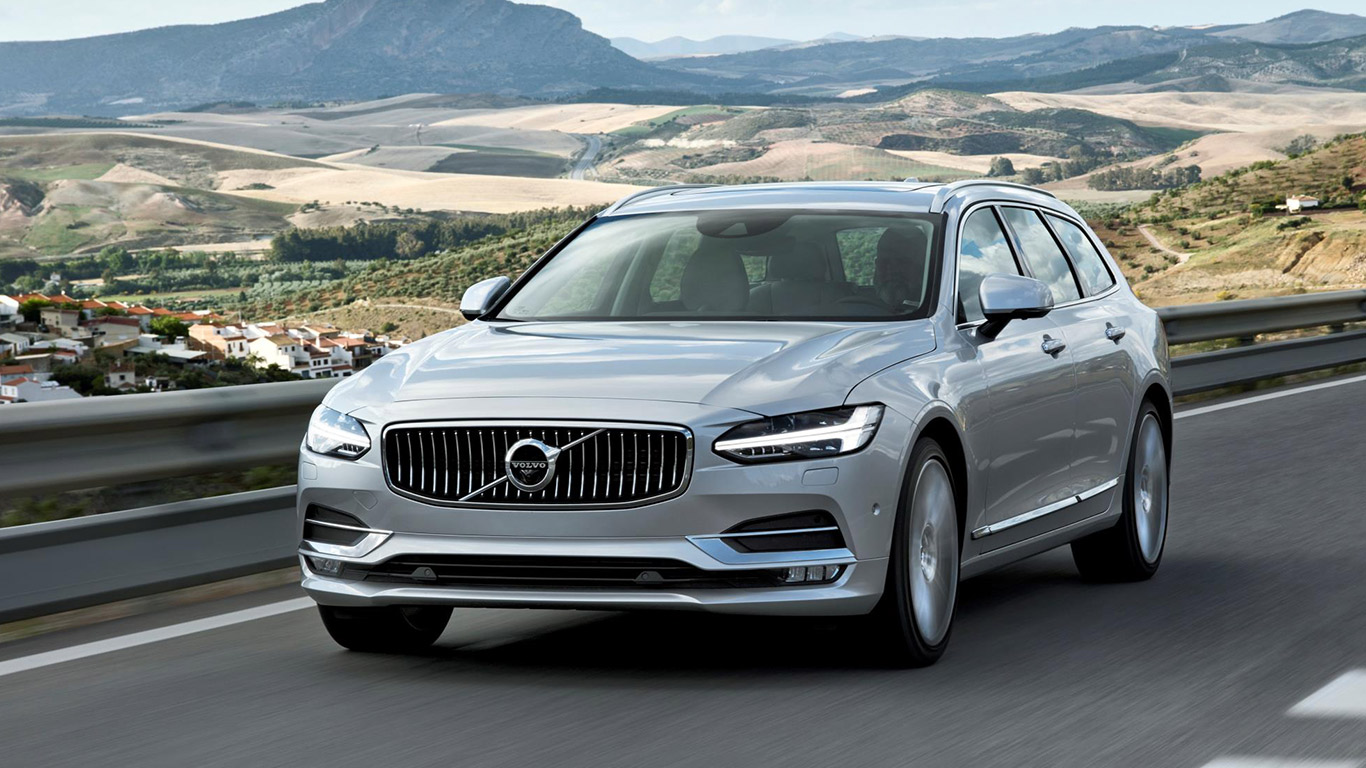 Sneaking into the top ten is the Scandinavian brand that has gone from being a byname from safety sensibility, to one of effortless chic. The new V90 and XC90 are truly desirable premium products, while Volvo has also scored extremely strongly in recent desirability surveys. However, getting overly excited isn’t Scandi-cool style, which might explain why Volvo hasn’t placed even higher here.

Fittingly for its position within the Volkswagen Group empire, Audi comes out as the top mainstream VW Group brand on this list. Despite a poor showing in recent dependability surveys, and a perceived lack of value for money, most Audi owners are seemingly still quite happy to admit they love their choice of car.

Buying a Jeep is all about making a statement. You’re eschewing Japanese and European brands, and purposefully picking the American icon over everything else. Short of hoisting The Stars and Stripes outside your house, it’s a surefire way of showing off your love for things on the other side of the Atlantic. Such dedication means owners are perhaps inclined to overlook any flaws, and thus love their Jeep. 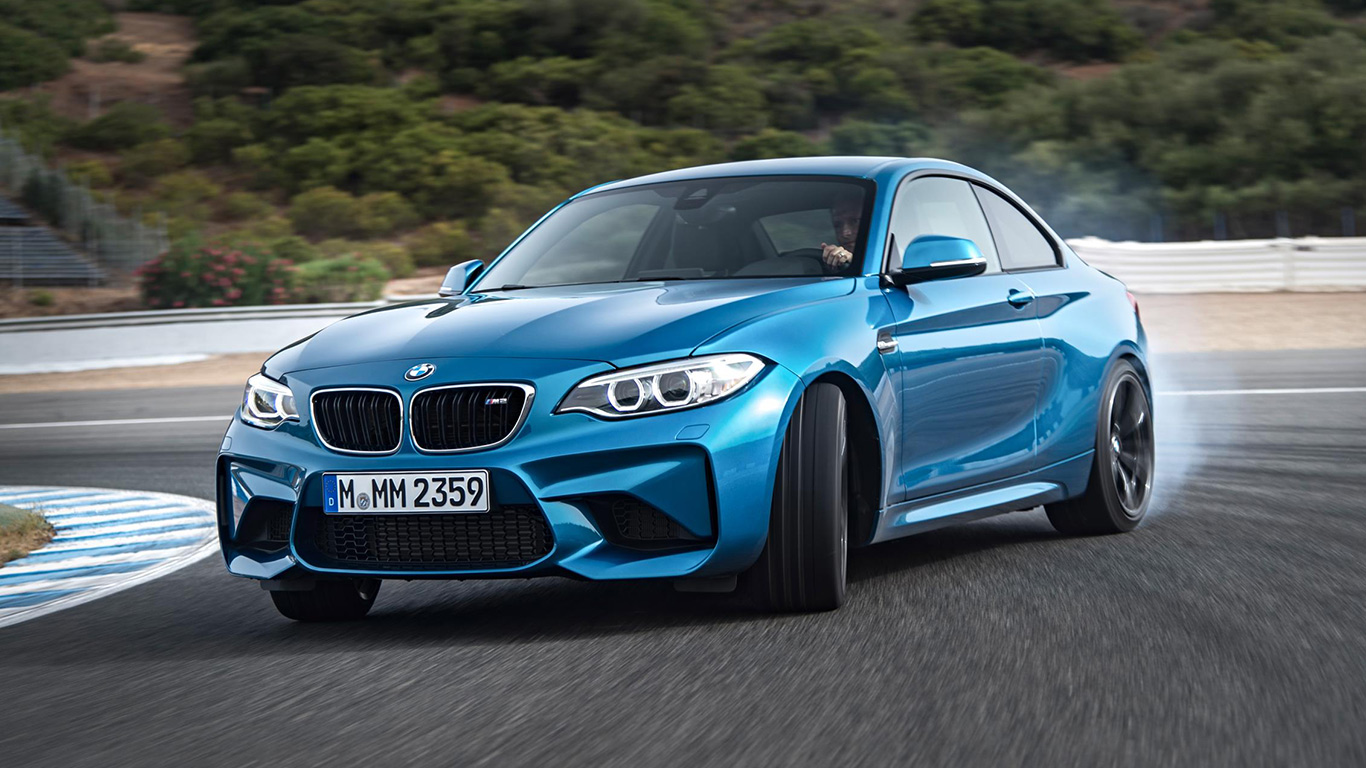 Does it matter that BMW came bottom of a recent dependability survey, or that dealers are apparently only just above average for the premium sector? Clearly not, as owners are still positive about how much they care for their Bavarian machine. With a longstanding upwardly mobile image, BMW is still an aspirational brand for many and owners are happy to shout about how good it is.

Although not inclined to shout as loudly as Mini owners, who manage to feel love for their rides even more than those who own products of parent company BMW. Owners might not rate them highly for value, but a youthful image and an emphasis on driving enjoyment no doubt play their part here.

With a brand value that seems to grow each year almost as much as its product range, that Mercedes-Benz places at number five shouldn’t be a shock. Dominance for the past three seasons in Formula One will have boosted goodwill from owners, while having links to the creation of the world’s first automobile is always useful. With an ever expanding range, that still maintains a premium perception, expect owners to keep declaring love for their ‘Benz. 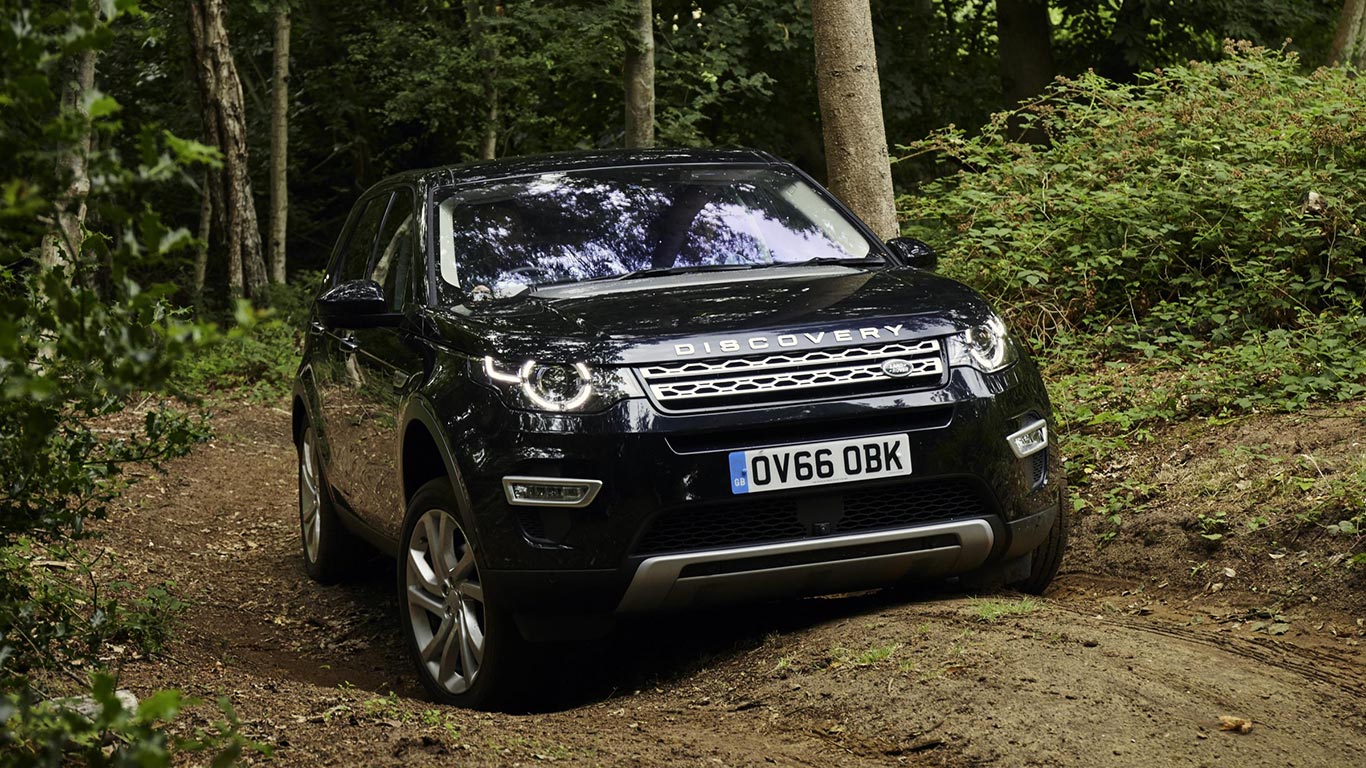 Further proof that sensible objective considerations like reliability and cost matter little when it comes to how someone feels about their car. Despite Land Rover languishing near the bottom of a recent dependability survey, and reports of electrical issues with new products, the owners surveyed by Auto Trader don’t seem to care. Fourth place for Land Rover demonstrates that sometimes subjectivity matters more when it comes to car ownership.

What makes the top three place of Lexus even more impressive is remembering that this is the newest brand on this list, at less than three decades old. In that time, Toyota’s luxury arm has created a range of products with an obsessive attention to detail and a corresponding reputation for dependability. Third place for Lexus proves that reliability doesn’t necessarily mean a lack of emotion when it comes to how owners feel about their cars.

Jaguar has undergone a renaissance in the care of Tata Motors, ditching the retro influence across the product range but not forgetting the brand’s heritage. Products like the F-Pace and F-Type have generated substantial demand from the public, while the forthcoming E-Pace and I-Pace look set to continue that trend. Owners have clearly caught that buzz, with Jaguar leaping to second place here. 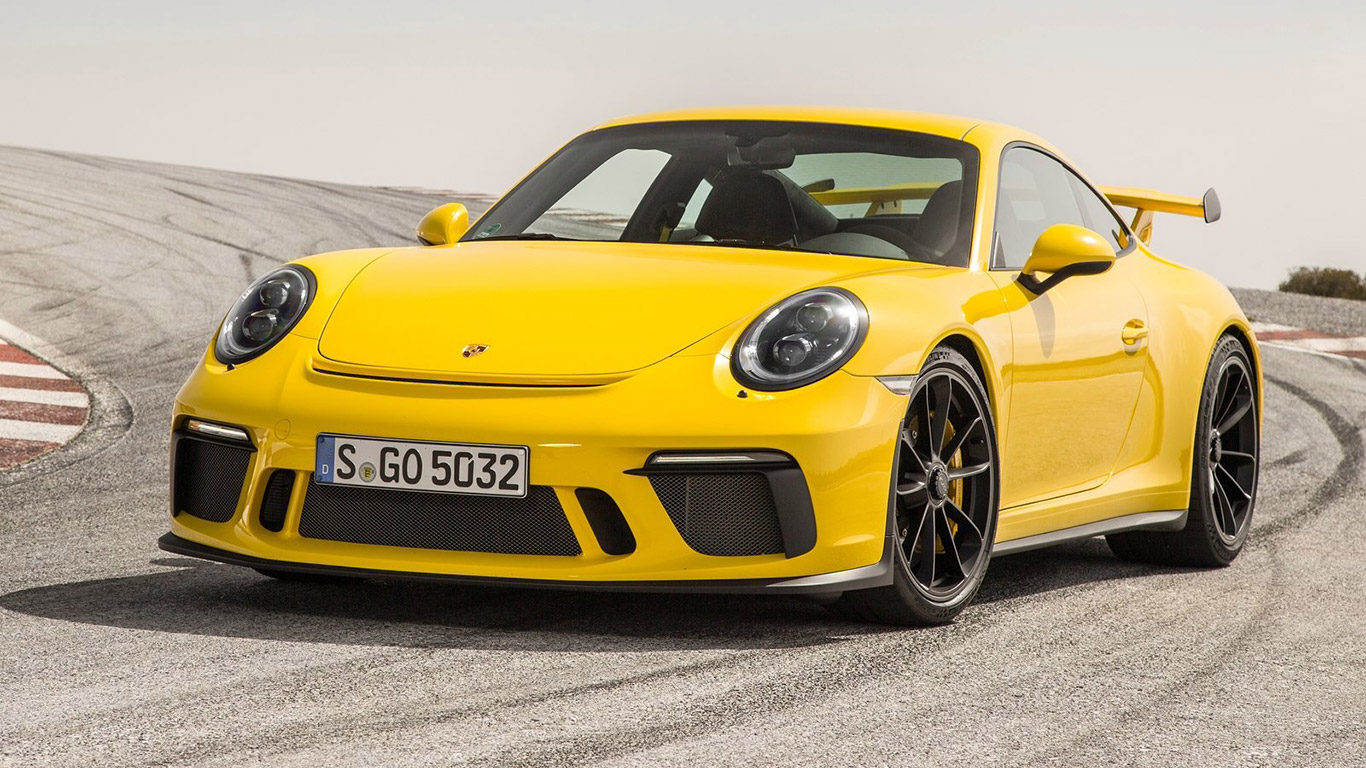 Congratulations, Porsche. Top spot on the list of most loved brands according to owners surveyed by Auto Trader. Whether a survey result matters to a company that has taken victory at Le Mans some 19 times, or is reported to be the most profitable car manufacturer on the planet, is a moot point really. All those factors are intrinsically linked, and most important here is that owners really do love their Porsches, whether it be diesel Macan or a 911 GT3.