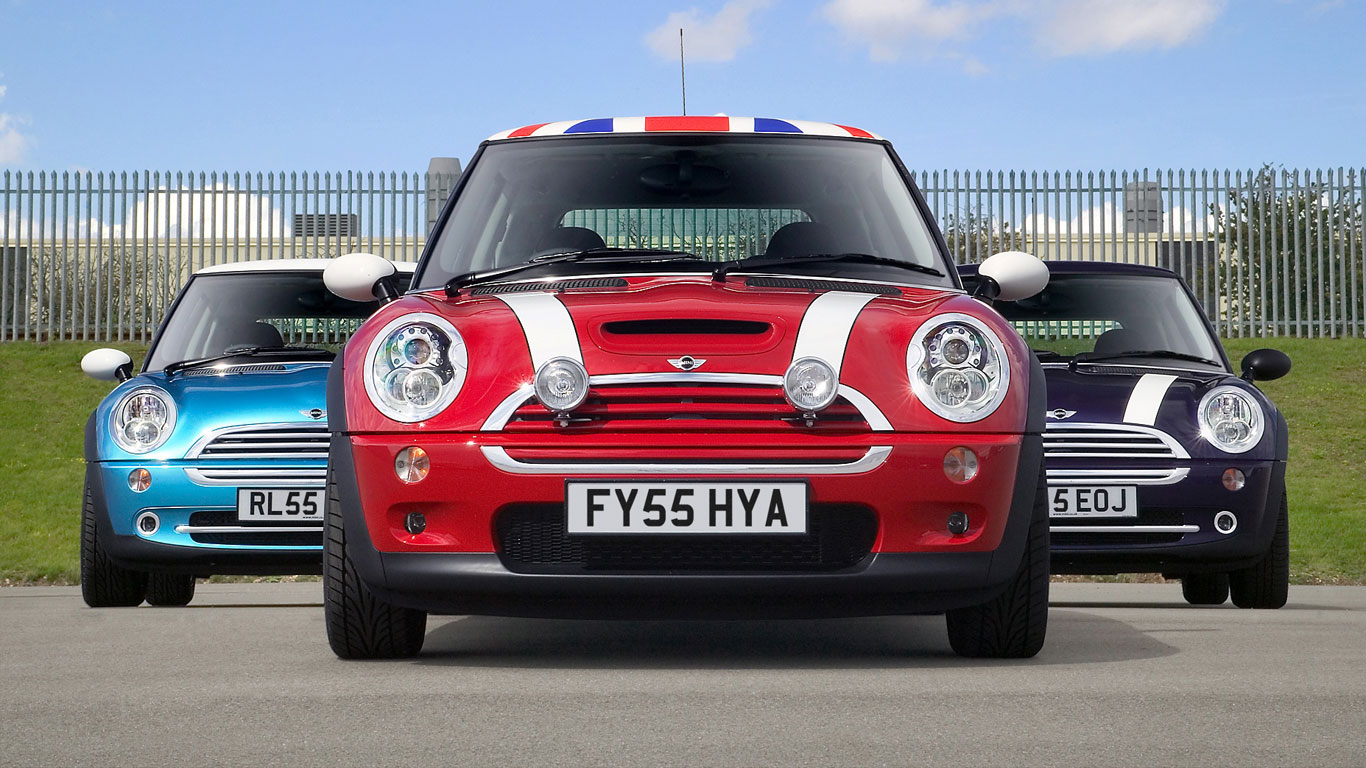 The story of the new Mini began, not in 2001, with the arrival of the R50, but in 1997 and the unveiling of the Rover Spiritual concept car. There had been many attempts to create the second coming of Britain’s best car (discuss), but for one reason or another, all had failed. The Austin Metro (née Mini-Metro) was the most famous attempt to build a Mk2, but as history will recall, the Mini lived on long after the Metro had bitten the dust.

Its development was a long and drawn out process, hindered by internal squabbles, disagreements and the not-so-small matter of BMW’s purchase of Rover from British Aerospace and the subsequent sale to Phoenix. Understandably, BMW kept Mini – Rover’s biggest asset – and decided to build the new car in Cowley, unceremoniously renaming the plant BMW Oxford. 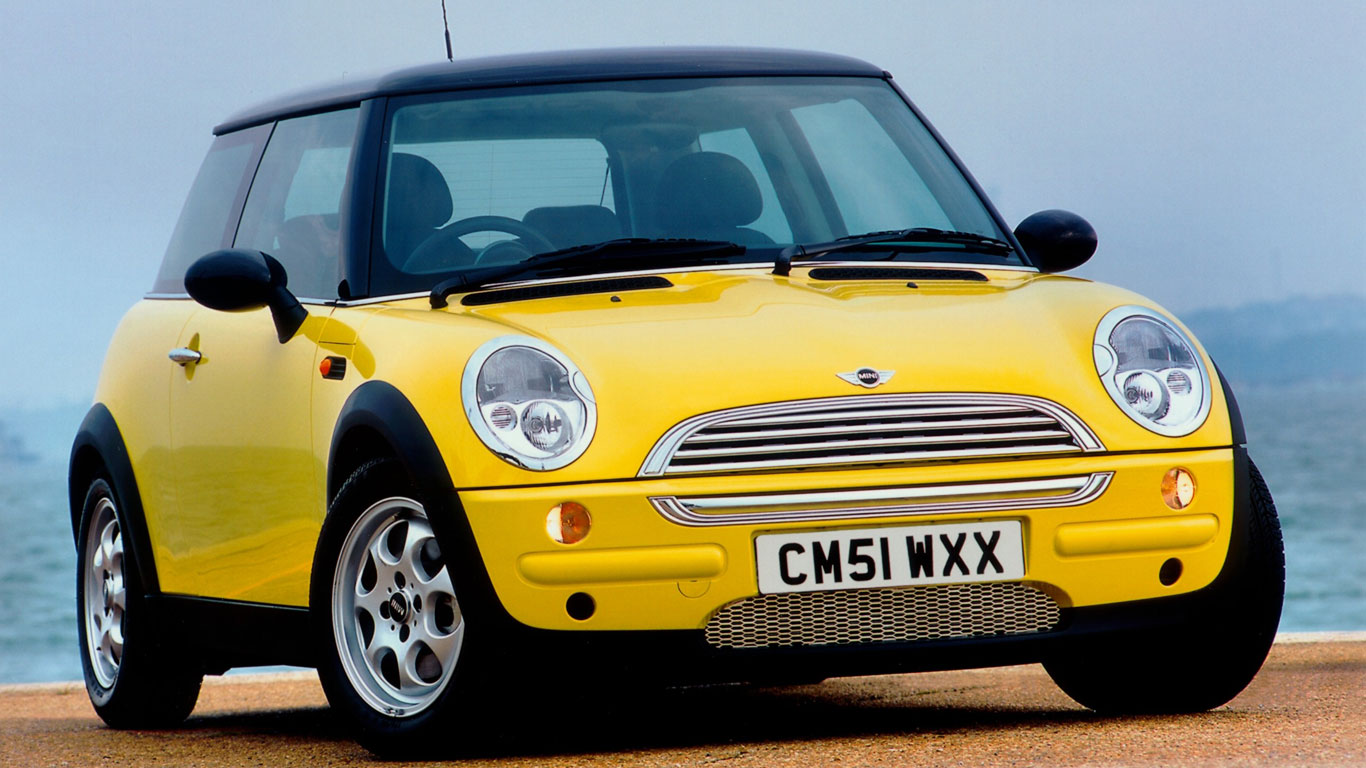 Speaking of BMW and names, the sales and marketing team in Munich insisted on calling the new car MINI, to differentiate it from the classic Mini. Uppercase or lowercase, the new MINI always seemed destined for stardom, despite misgivings from Mini purists and traditionalists. Rover planned to build a Mini with Hydragas suspension and a K Series engine, but BMW had other ideas.

Instead, the new MINI would be powered by a 1,598cc 16v engine built in Brazil by Tritec Motors, a joint venture between BMW and DaimlerChrysler. At the front, you’d find conventional MacPherson struts, along with a development of BMW’s Z-arm axle at the rear. But to many prospective buyers, the MINI’s charm was purely cosmetic. 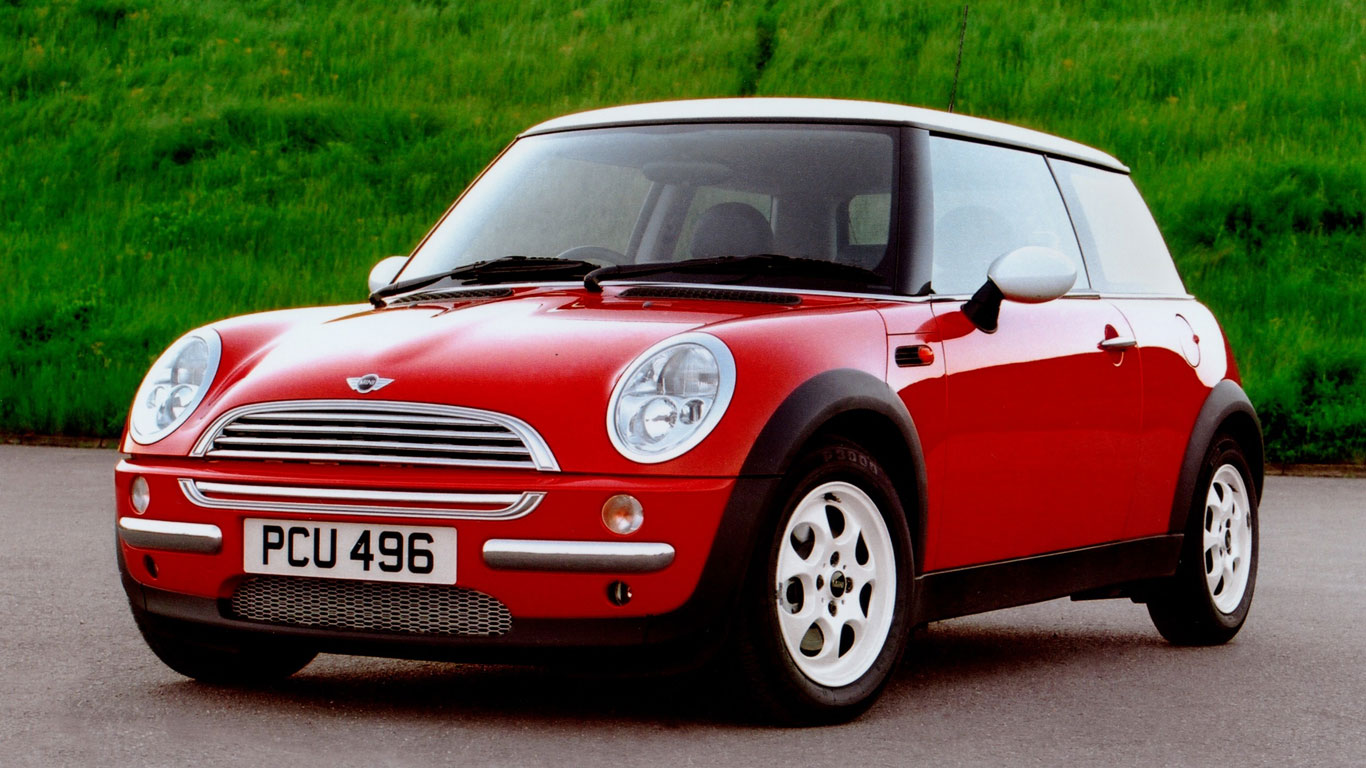 Frank Stephenson was the Moroccan-born American tasked with bringing the new MINI to life after his concept was chosen from a field of 15 finalists. It first appeared as a concept car in 1997 before making its production debut at the 2000 Paris Motor Show.

“The MINI Cooper is not a retro design car, but an evolution of the original,” said Stephenson. “It has the genes and many of the key characteristics of its predecessor, but it is larger, more powerful, more muscular, and more exciting than its predecessor ever was.”

That’s not the way to do it 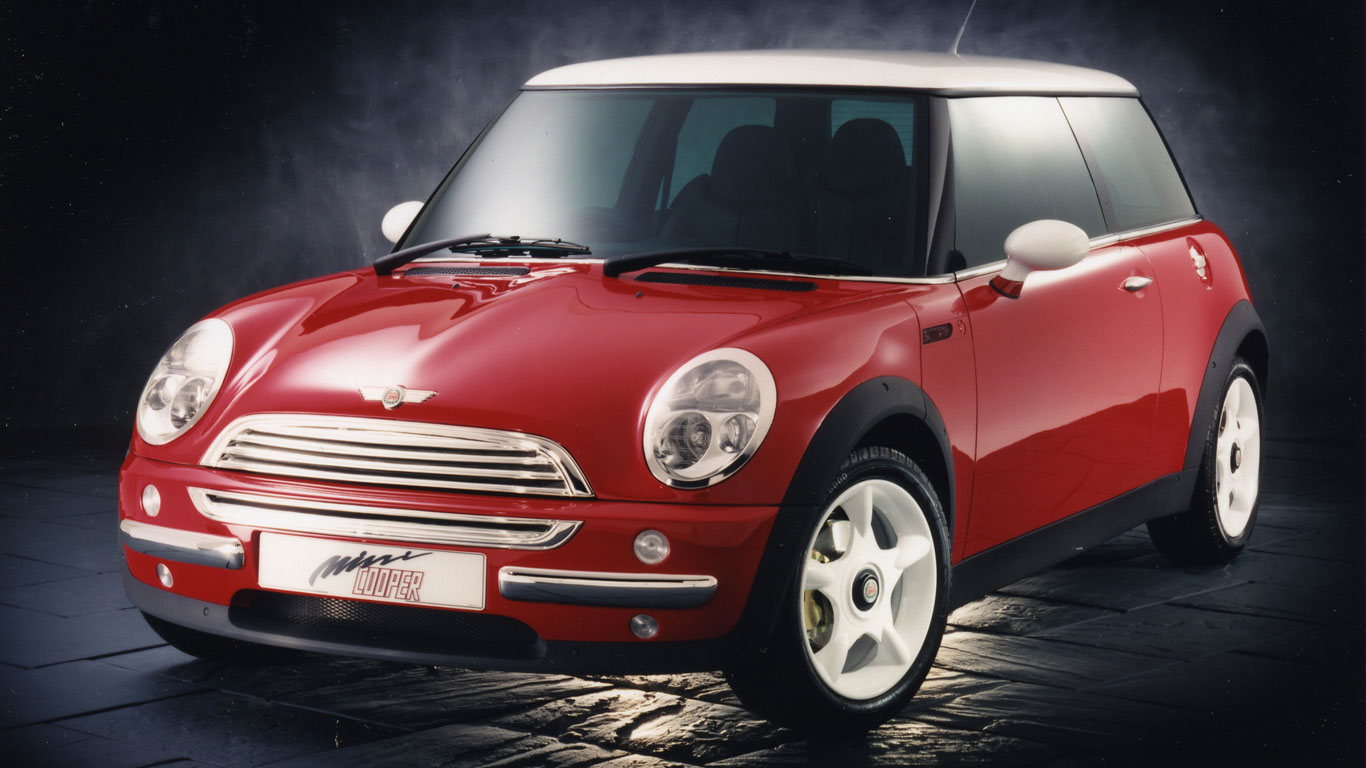 Not everyone was captivated by the larger MINI, with Alex Moulton, the genius behind Hydragas, one of its chief critics. “It’s enormous – the original Mini was the best-packaged car of all time – this is an example of how not to do it… it’s huge on the outside and weighs the same as an Austin Maxi,” scathed the engineer and inventor.

There was worse to come: “It is an irrelevance in so far as it has no part in the Mini story,” continued Moulton. Ouch. Other people failed to get beyond the idea of the Mini name in German hands, while some refused point blank to accept it as a genuine Mini. Fit to wear the badge or not, BMW had an enormous hit on its hands. 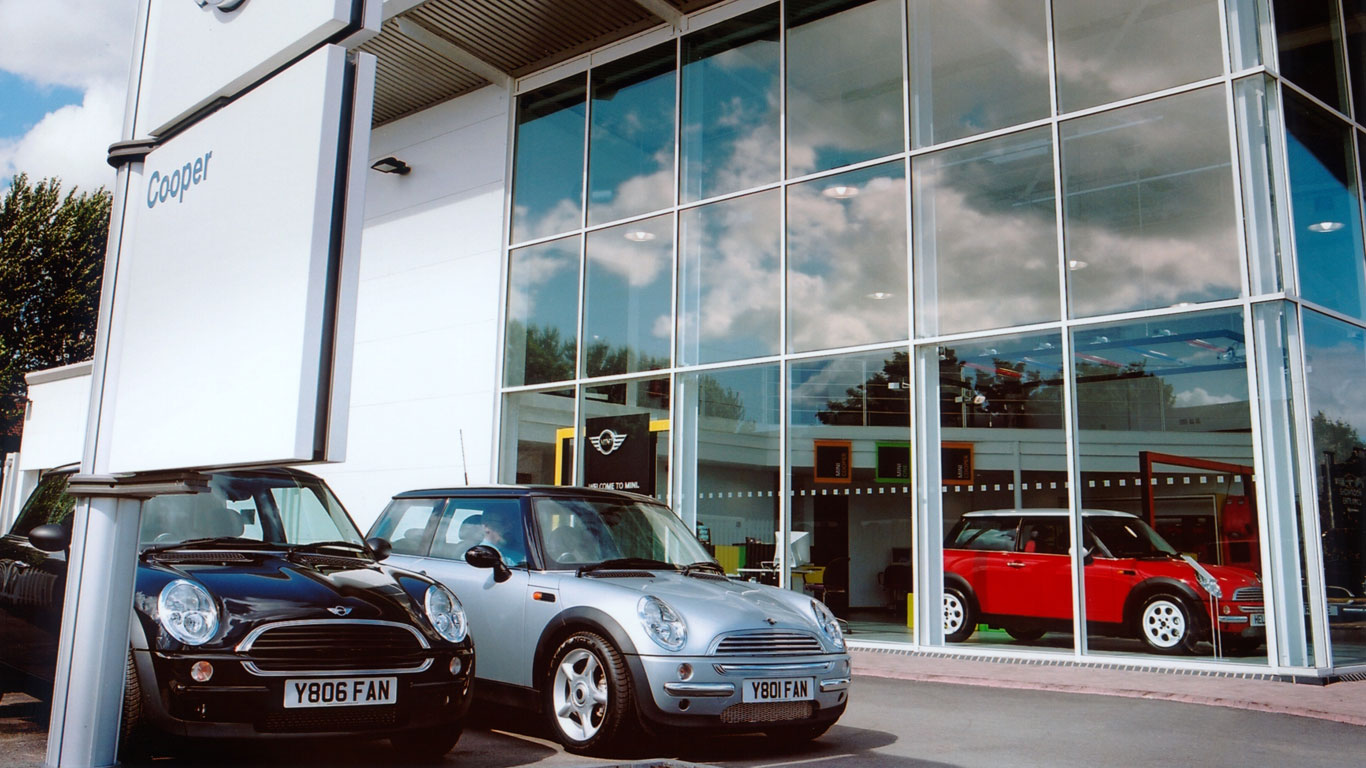 The new MINI finally went on sale in the UK in July 2001, with buyers queuing up for a slice of retro-evolutionary motoring. BMW threw its marketing might behind an advertising campaign focused on a ‘MINI adventure’, which soon became part of popular culture.

Road-testers criticised the new MINI for its small boot, cramped rear seats and large size, but were quick to praise the cabin, safety credentials, driving position, gearbox and ride quality. The jury was out when it came to the engine, with many arguing that the chassis could handle far more power. 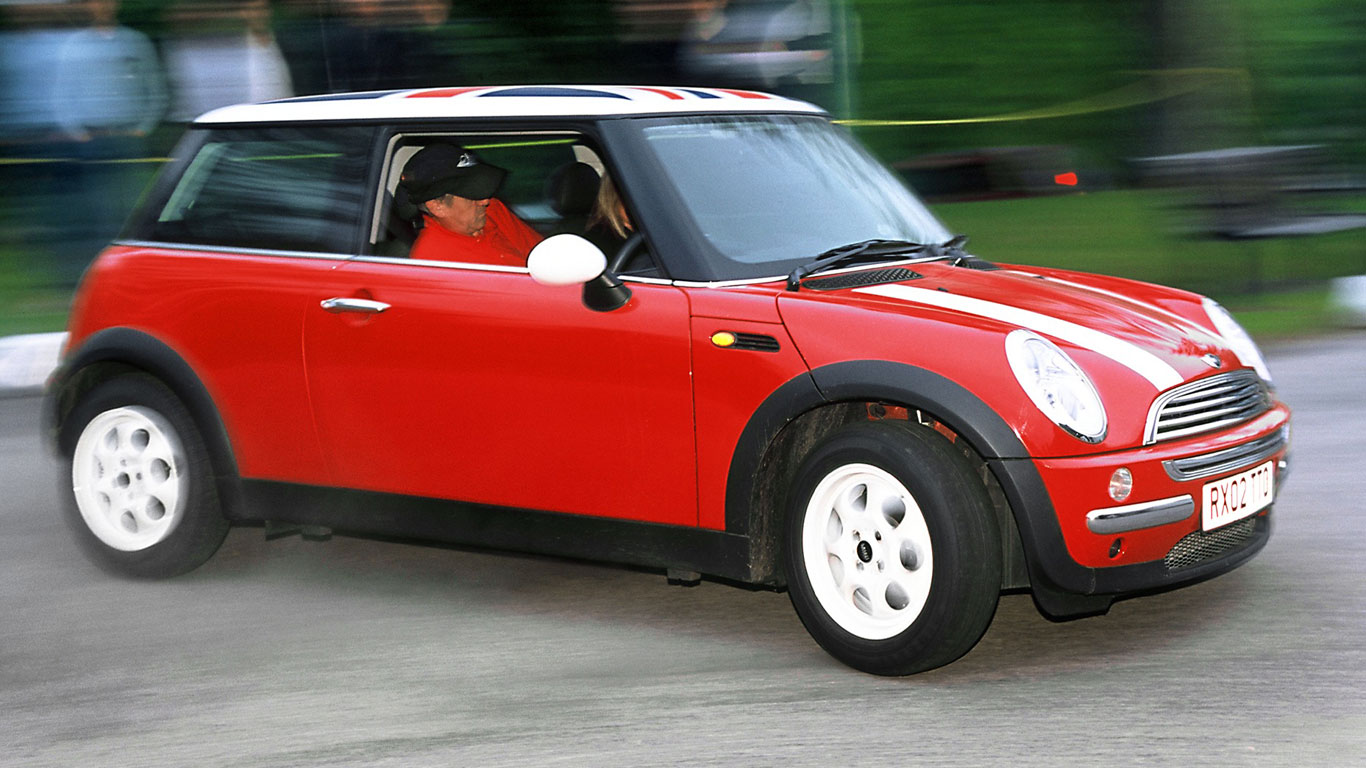 For now, buyers could choose between the entry-level MINI One (£10,300) and Cooper (£11,600). We’d have to wait a little longer for the much-anticipated Cooper S, but for fashion-conscious buyers, the lure of the cutesy styling and brilliant cabin was hard to resist.

“It would be easy to be seduced by the MINI’s many charms and award it five stars,” argued Autocar when reviewing the Cooper in 2001. “After all, it’s a great looker that also happens to have one of the best front-drive chassis we’ve come across. But a five-star verdict will have to go begging.” 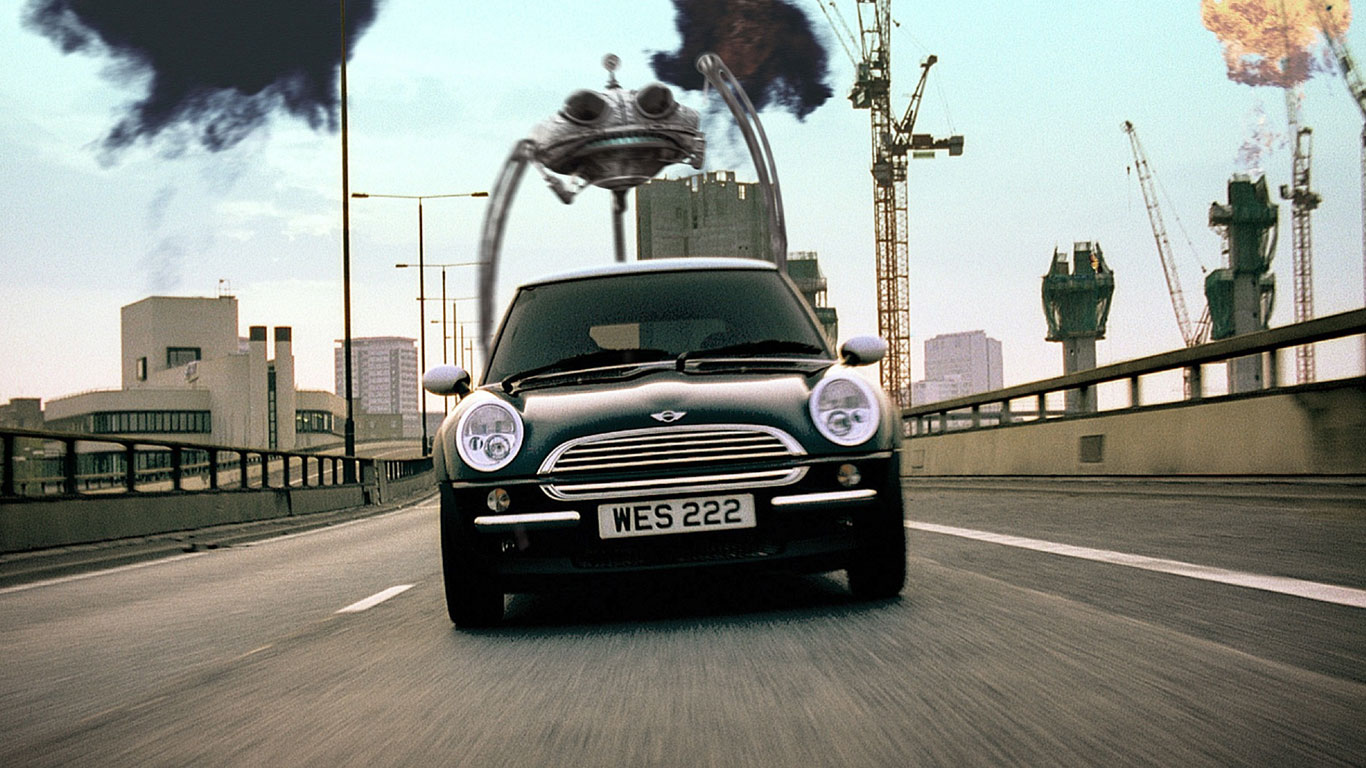 In the first full year of production, BMW Oxford built 140,000 cars, a figure that had risen to 200,000 a year in 2005. Buyers loved its sense of Britishness, with BMW masterfully disguising its German parentage. It helped that the new car was proving to be a hit Stateside, where it was marketed in the colours of the General Lee and the Ford Gran Torino in Starsky and Hutch.

But for all the sales success and enjoyable television ads – remember the ‘Martians’ television advert? – the early days of the MINI were clouded by a sense that BMW could do better, at least from an engine perspective. 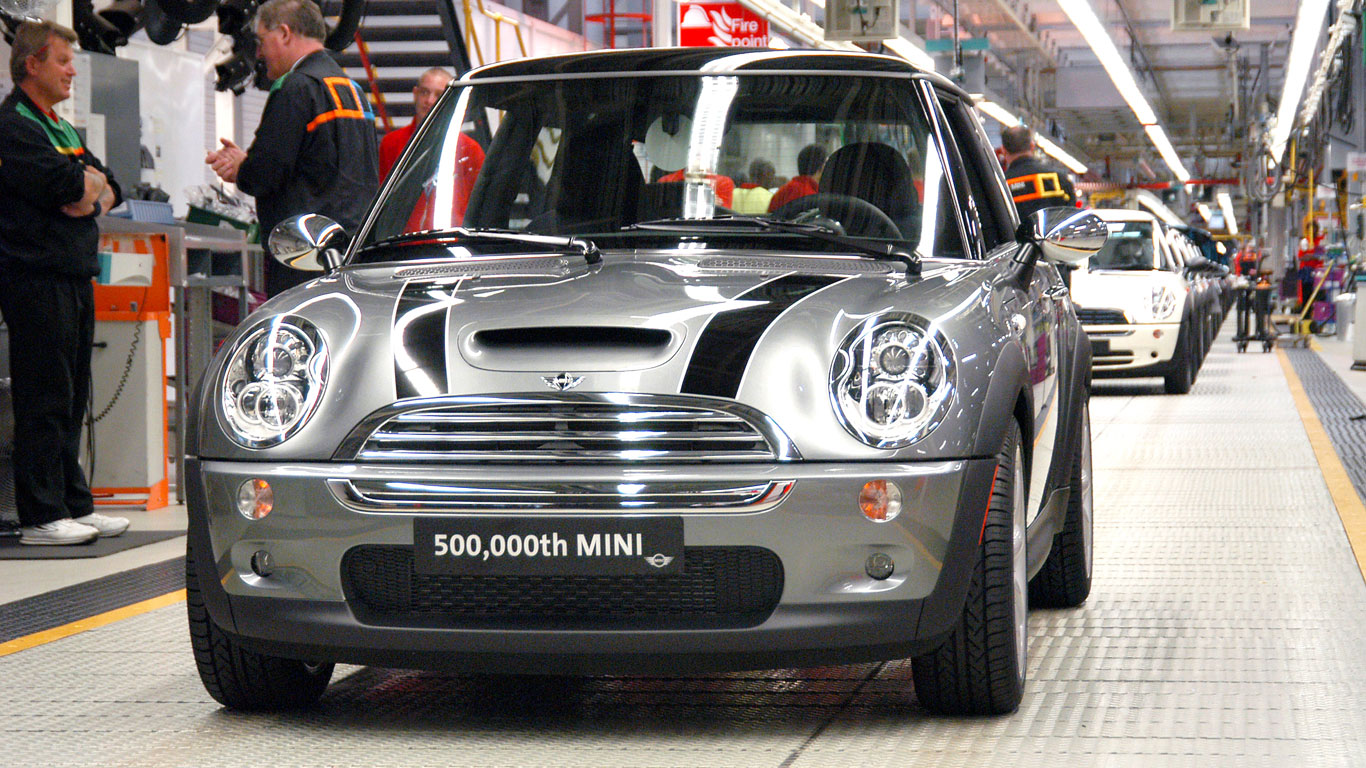 The Works MINI Cooper – fettled by John Cooper in Sussex – was the first sign of a hotter future for the MINI, before the arrival of the Cooper S in 2002. Finally, this felt like the real deal.

Bolting on a Roots supercharger upped the power of the standard Cooper engine from 130hp to 163hp, giving the S a terrific turn of pace. A 0-60mph time of 7.6 seconds and a top speed of 133mph enabled the Cooper S to stand shoulder-to-shoulder with the likes of the Renaultsport Clio 172, Honda Civic Type R and Ford Focus ST170. 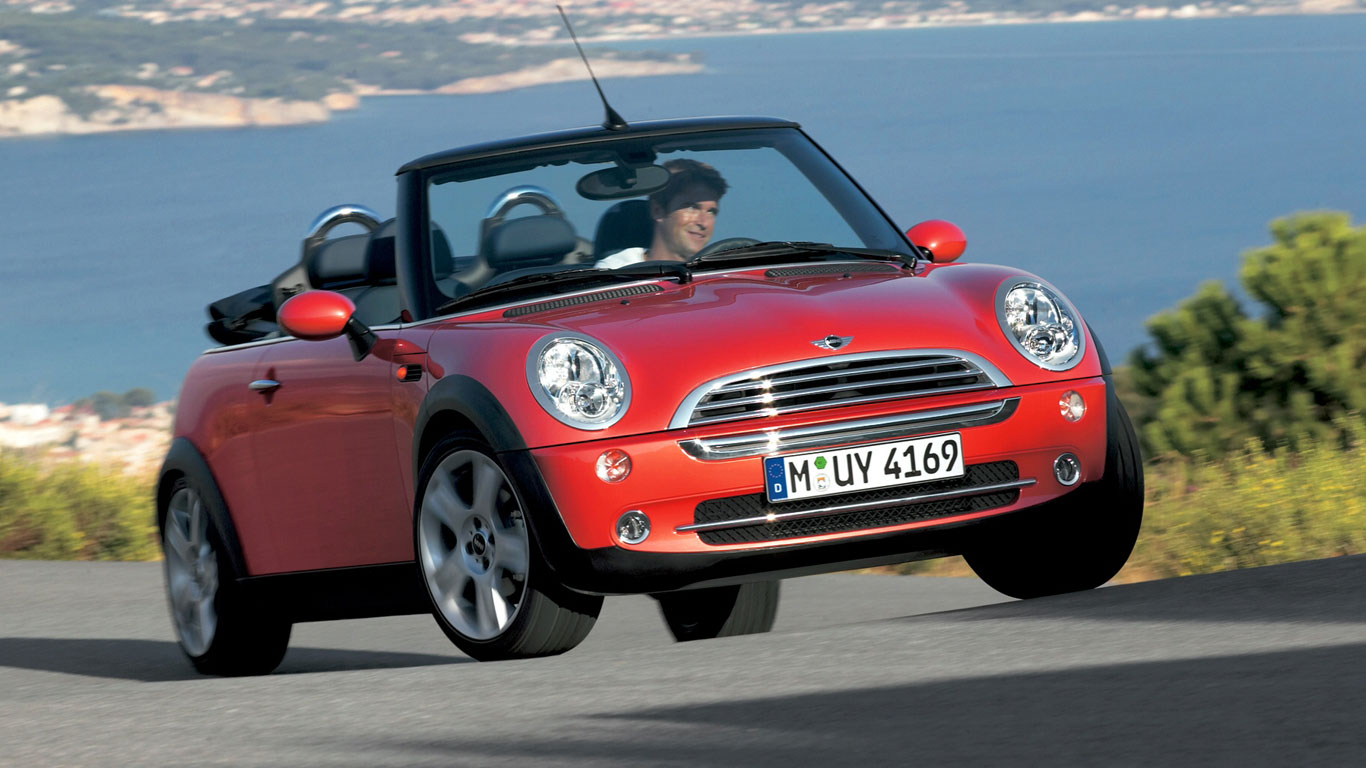 Further upgrades followed, including the 200hp Cooper S Works, with the initial work carried out by the John Cooper garage, home of the original Mini Cooper. The kit could be retrofitted to a Cooper S and was available throughout the dealer network.

In 2004. MINI lowered the roof with the arrival of the Convertible. Unlike the classic Mini convertible, the new version looked good with the roof up or down – it folded away in 15 seconds – and was as good to drive as its tin-top counterpart. 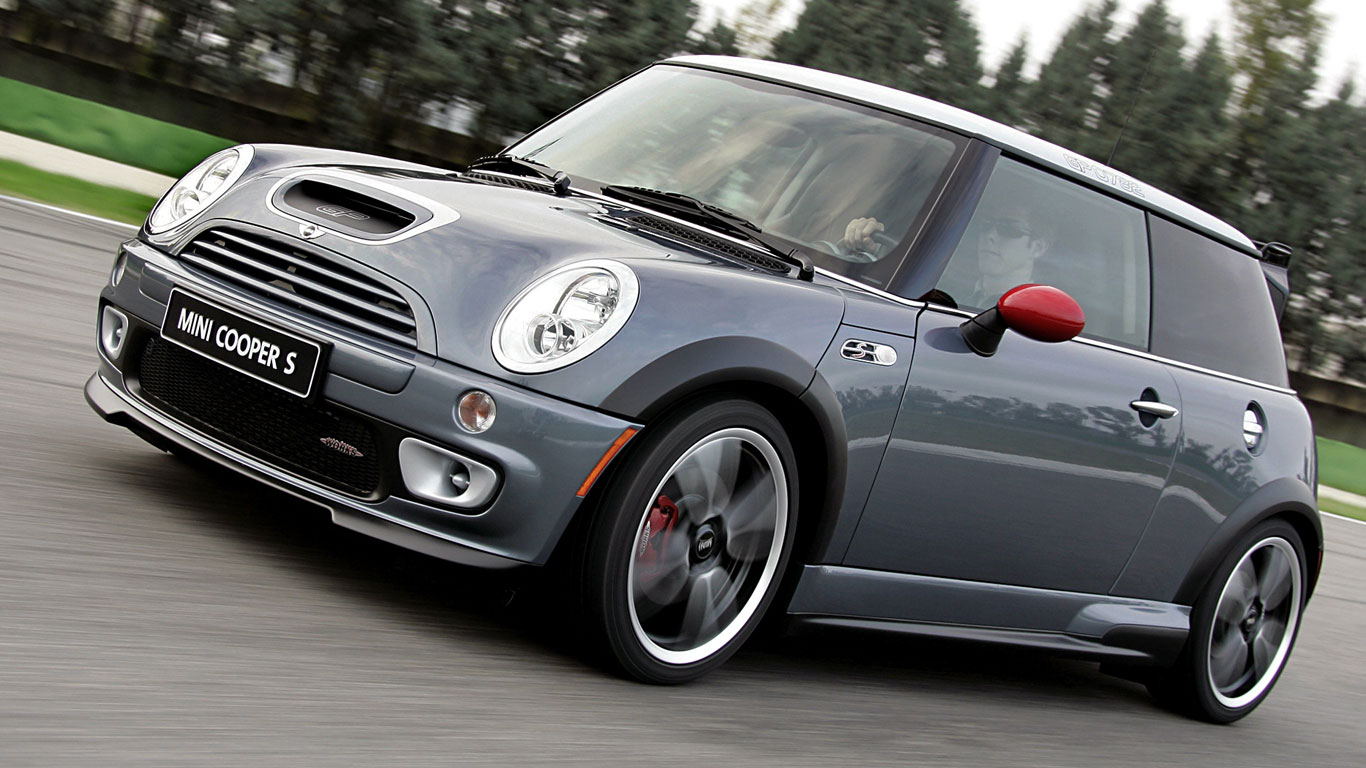 By the time the first generation of the MINI’s second coming was preparing to make way for the R56, there was a sense that BMW had mastered the art of building a small car – even a large, small car. Evidence of this came in the form of the blistering John Cooper Works GP.

This was the real deal: with 218hp from its supercharged four-cylinder engine making it the most powerful production MINI to date. At £22,000, it wasn’t cheap, but with a 50kg weight reduction, a limited-slip differential and a 10mm reduction in ride height, it was the most sorted of the hot MINIs. A future classic when new, with serious investment potential in 2017. 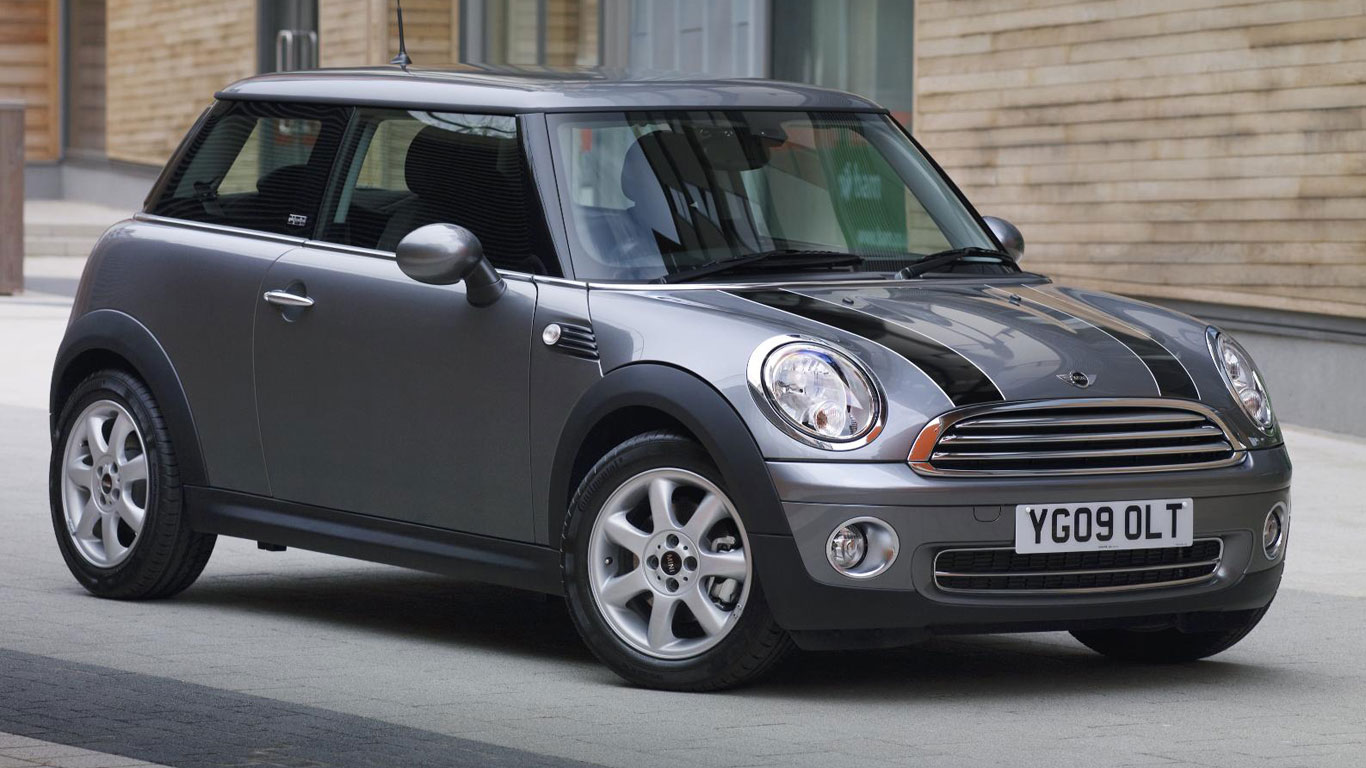 Nothing lasts forever, and BMW called time on the first generation MINI in 2006, replacing it with something even larger than the original. Fuel to the fire for Mini purists, but while haters gonna hate, Munich was hardly going to mess with a winning recipe.

In developing the new MINI, BMW claimed it wanted the new car to look and feel like it had continually evolved since 1959, in much the same way as, say, the Porsche 911. Which is why the R56 looked remarkably similar to the R50

A victim of its own success 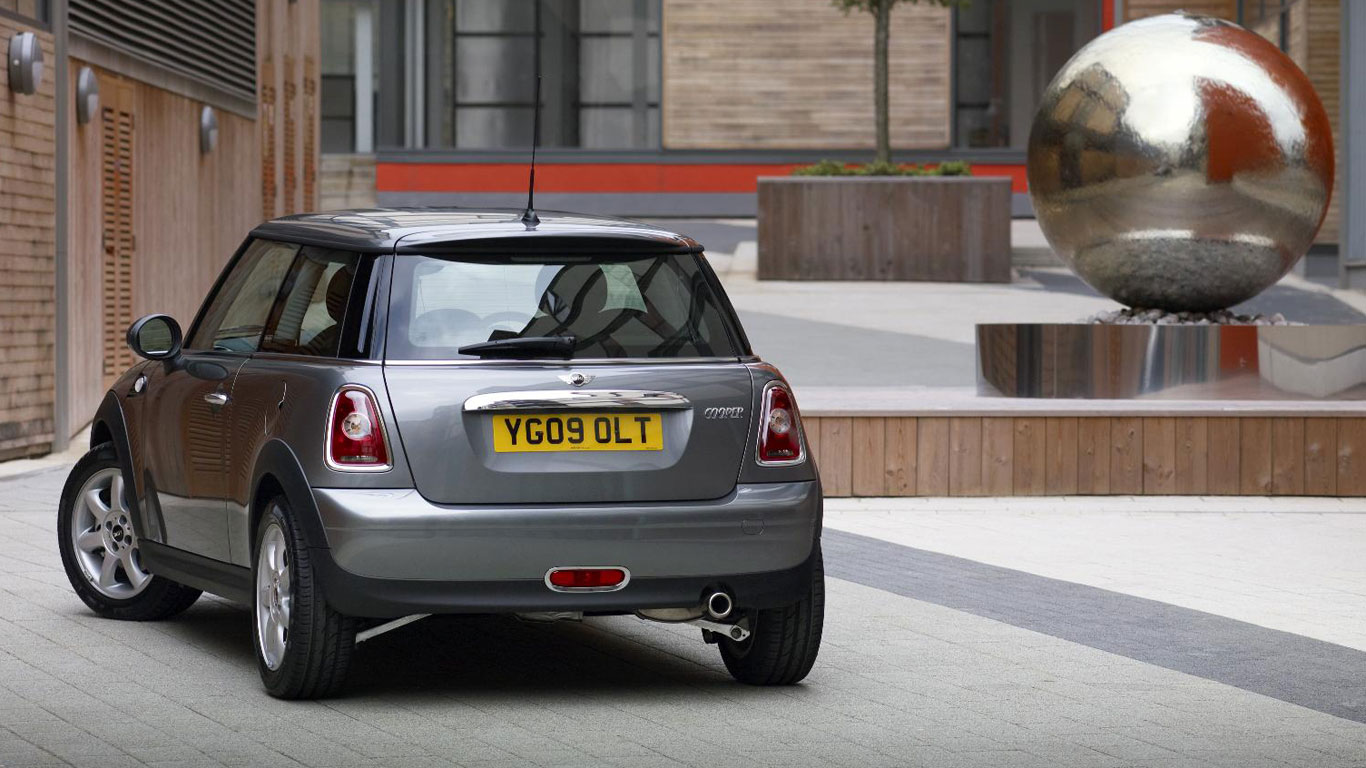 It’s not that the R50 was by any means past its sell-by date. As Richard Bremner explained in 2006, the R50 was on a roll. “When it was planned in the late ’90s, BMW reckoned on selling 100,000 a year. In reality, there has been demand for double that and more,” explained Bremner in Autocar.

“Originally, BMW planned to replace the 2001 car after seven years, but having convinced itself that it should increase the capacity of its Oxford plant to 240,000 – prompting a major investment in new equipment – it figured that it may as well update the car, too.” 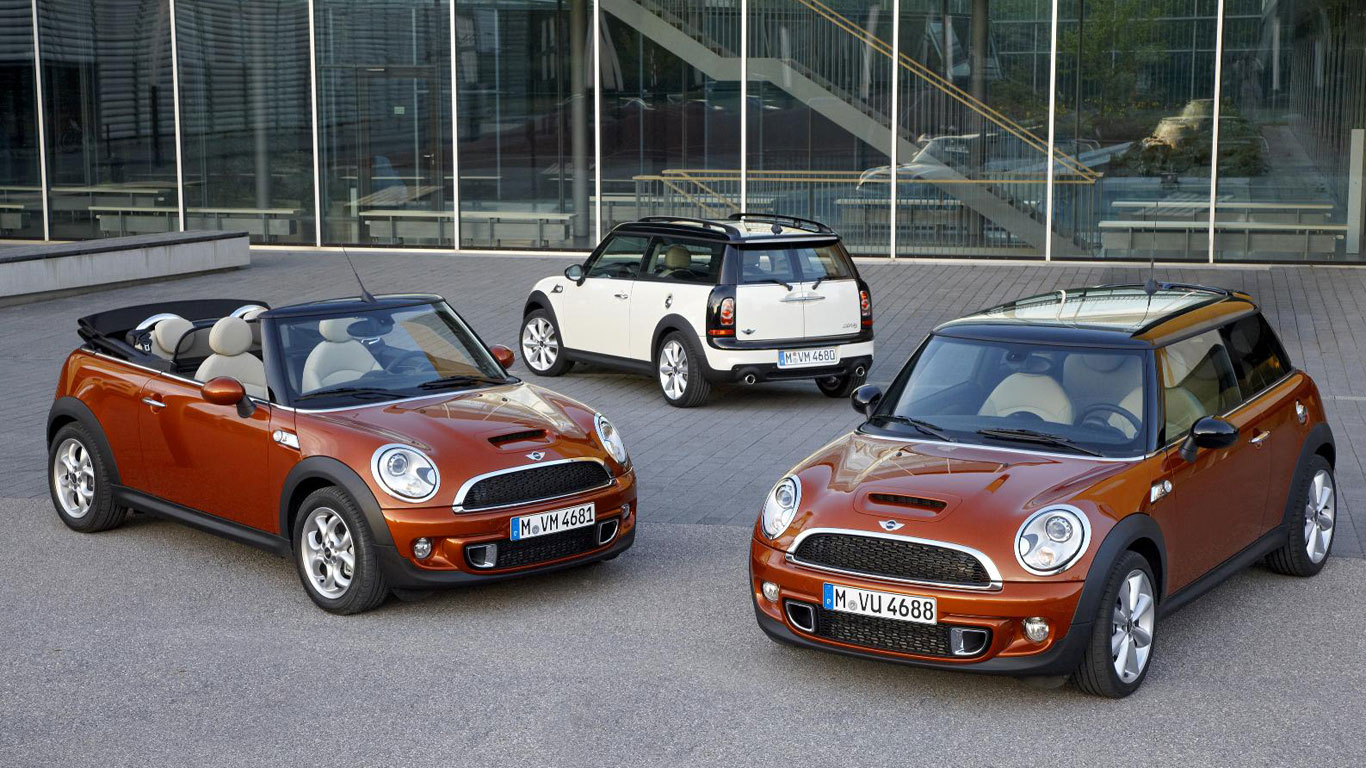 The R56, then, represented a wholesale overhaul of the R50. The front-end was redesigned to meet new pedestrian safety regulations, lengthening the car in the process, while the cabin felt classier and loaded with neat details.

Under the bonnet, the old Tritec engine was replaced by a new 1.6-litre motor developed in conjunction with Peugeot-Citroen. It meant that the new Cooper S would be turbocharged, consigning the Roots supercharger to the history book.

Don’t you open that Clubdoor 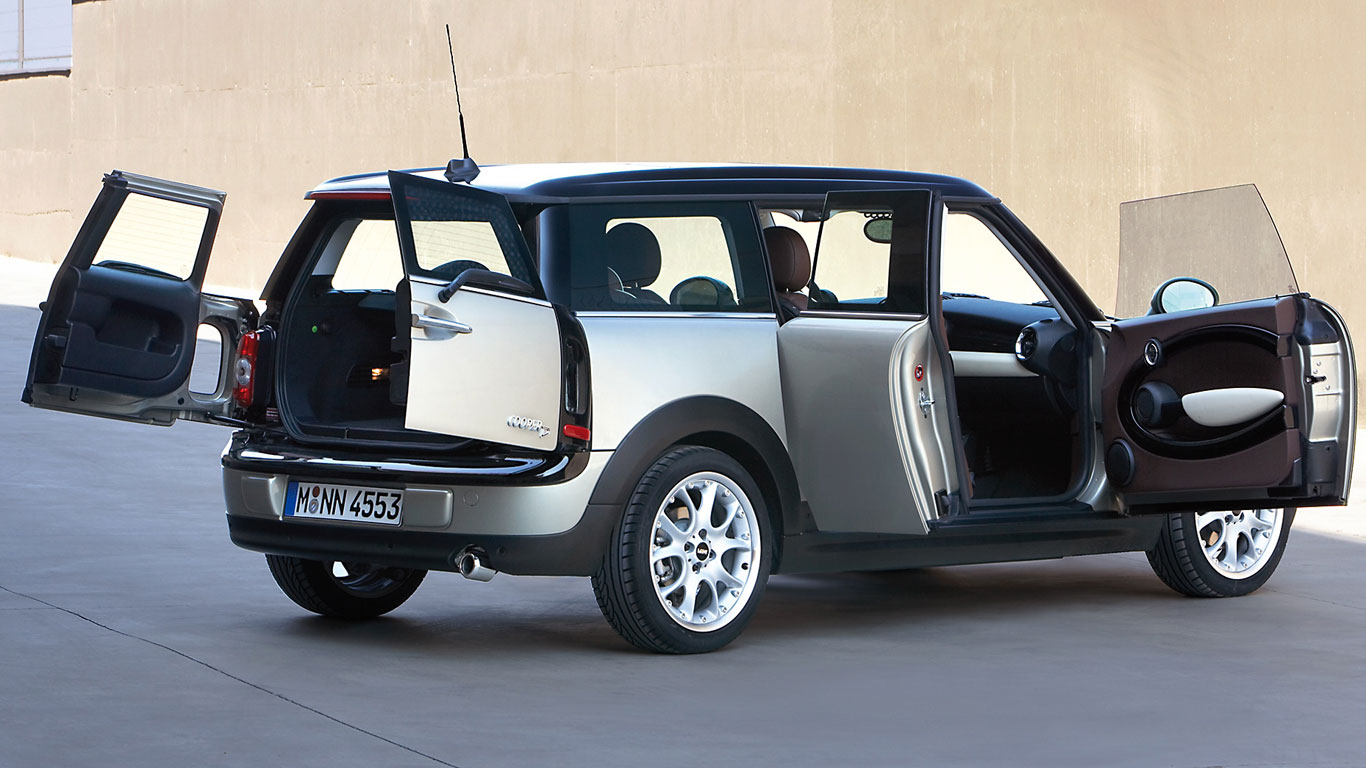 Another reason for BMW’s desire to get the R56 to market was the response to the ‘Traveller’ concept of 2005. The estate was to built on the new platform, hence the need to get tooled up and the R56 into showrooms.

Once again, the purists were upset, this time by the naming strategy, which chose to ignore the Mini’s history. It should have been called the Traveller, claimed Mini fans. Worse still, from a British perspective: the controversial ‘Clubdoor’ was on the wrong side for passengers in the UK. 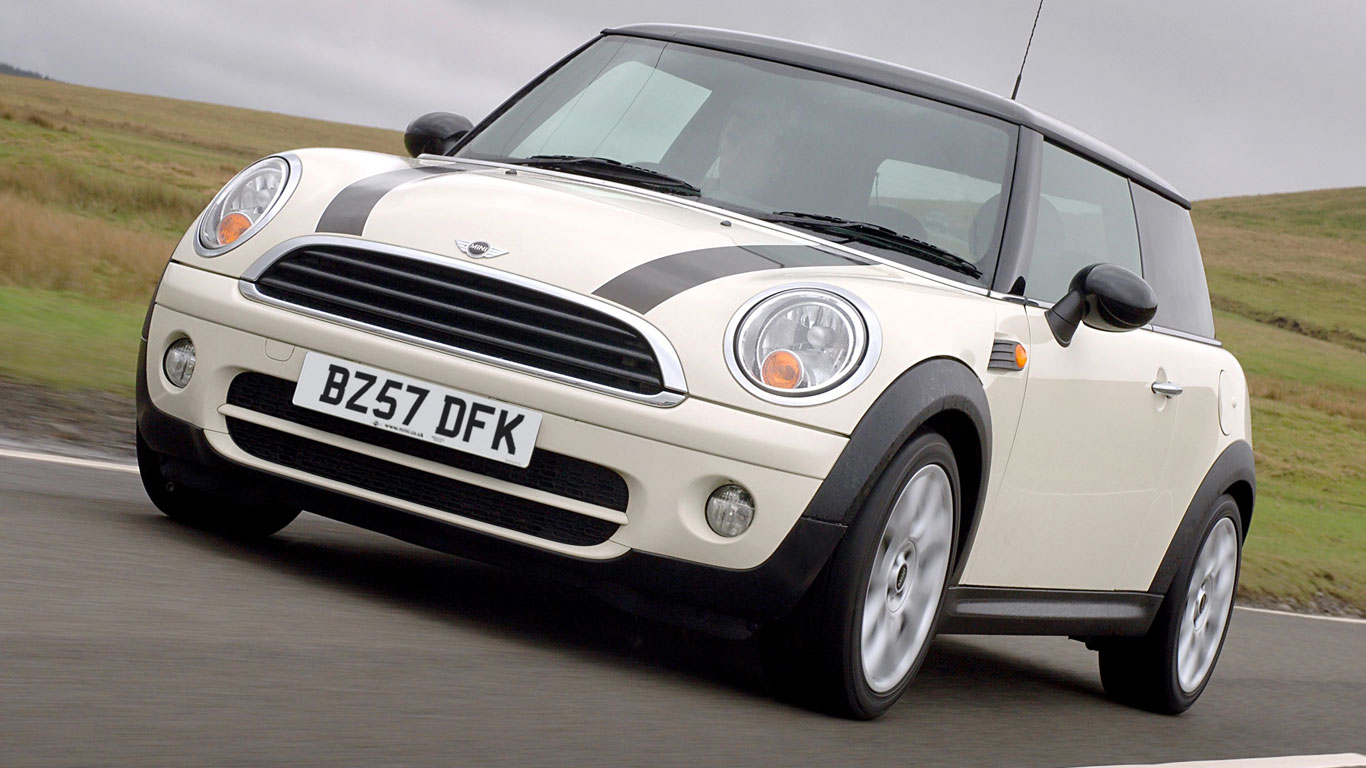 There’s no doubt that the R56, while a better all-rounder, lost some of the character and charm of the R50. The first BMW MINI retained a subtle hint of Rover and all that was good (and bad) about the old guard. Somehow, the R56 felt more clinical and a little colder as a result.

Not that buyers were any less seduced by the MINI, with customers steamrolled into submission by clever branding and marketing. The Cooper D of 2007 was the first diesel-powered Cooper, ditching the old Toyota-sourced 1.4-litre unit in favour of a 1.6-litre Peugeot motor.

Brought to you by the letters J, C and W 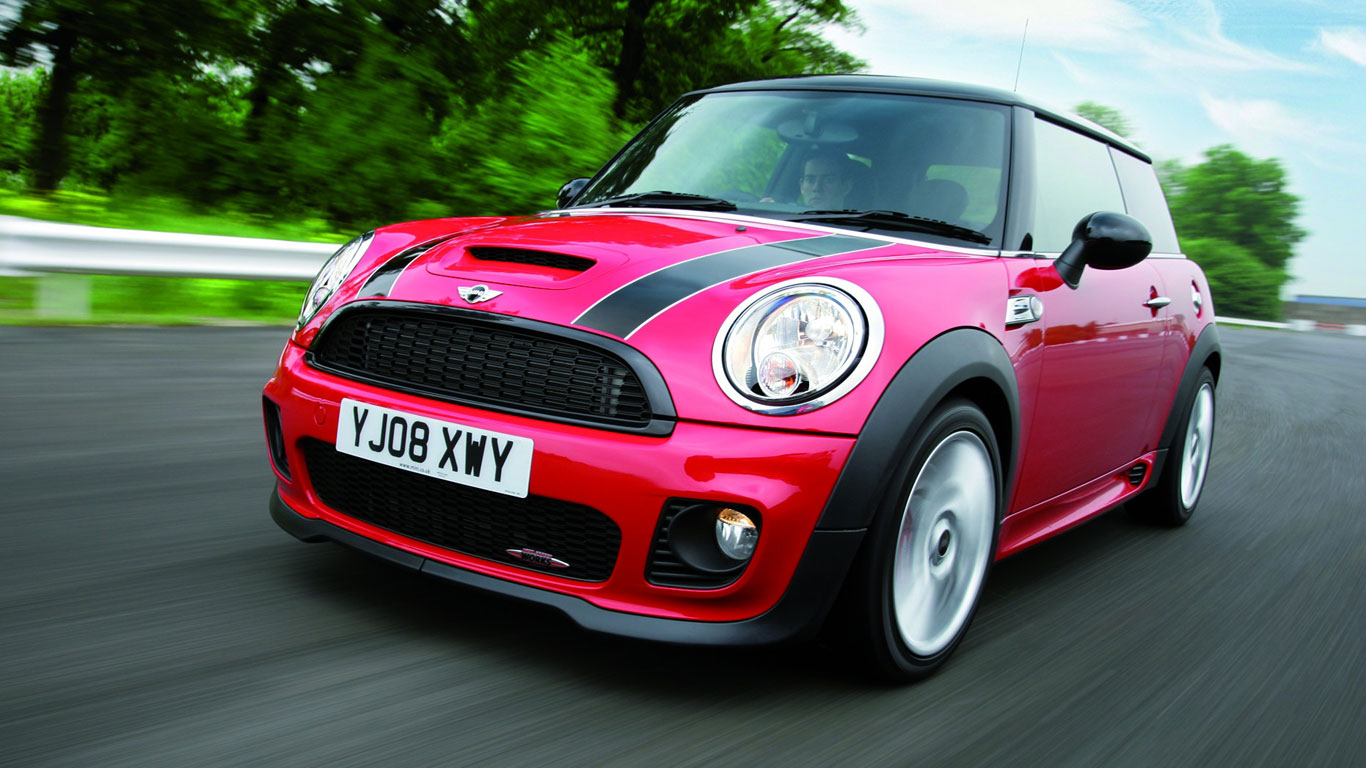 The MINI Clubman arrived in 2007, followed, in 2008, by the Cooper S John Cooper Works. It heralded the arrival of JCW as a fully-fledged MINI sub-brand, with the promise of more lunacy in the future. A Clubman JCW wasn’t too far behind.

From this point, no doubt fuelled by too many Frappuccinos and skinny lattes, the BMW marketing team went into overload, seemingly hell-bent on answering questions nobody was asking. All of a sudden, we felt a million years away from the days of Twiggy, the Swinging Sixties and Paddy Hopkirk. 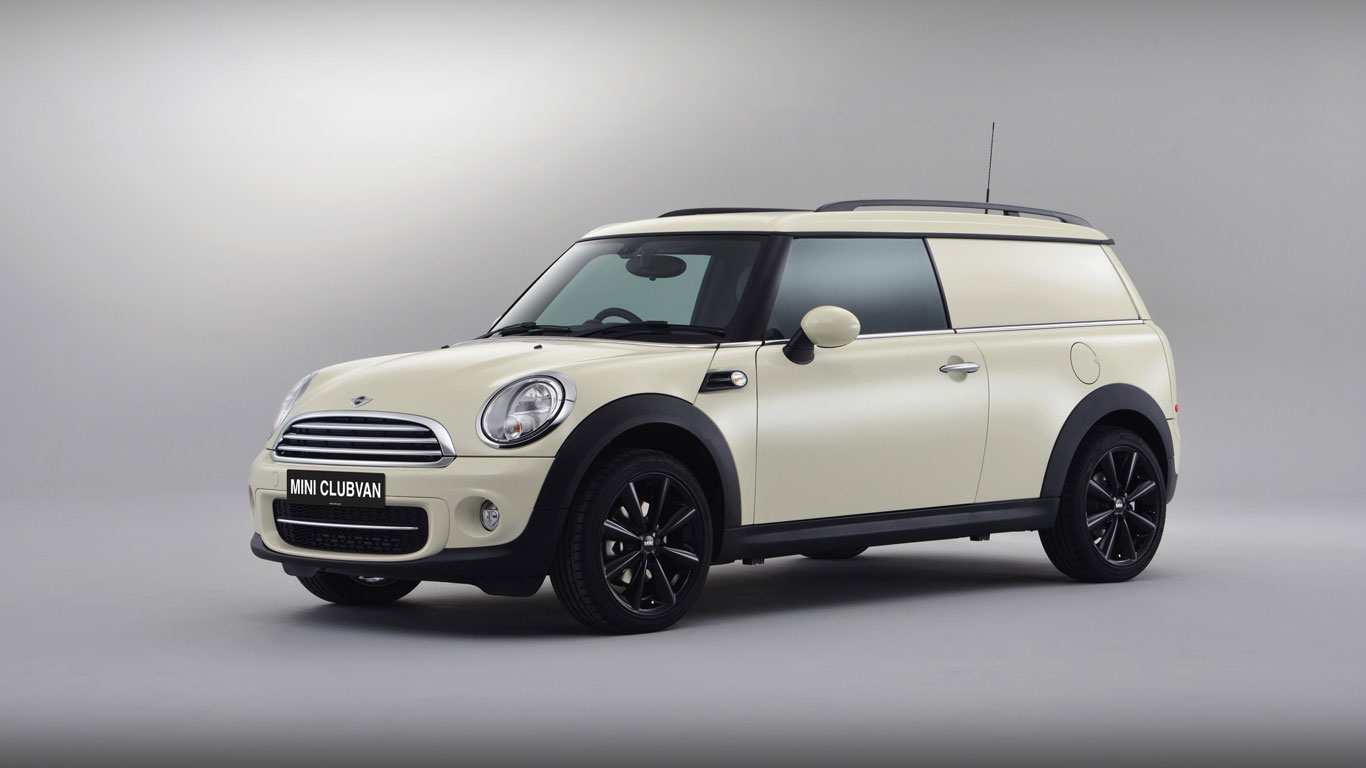 The MINI brand grew, quite literally. The Countryman, first seen in 2010, continues to divide opinion, while other models leave you scratching your head. MINI Coupe and Paceman smack of a brand extension that’s in danger of losing its elasticity.

But others, such as the short-lived Clubvan and the ‘cheaper’ MINI First seemed more in-keeping with the spirit of the Mini. 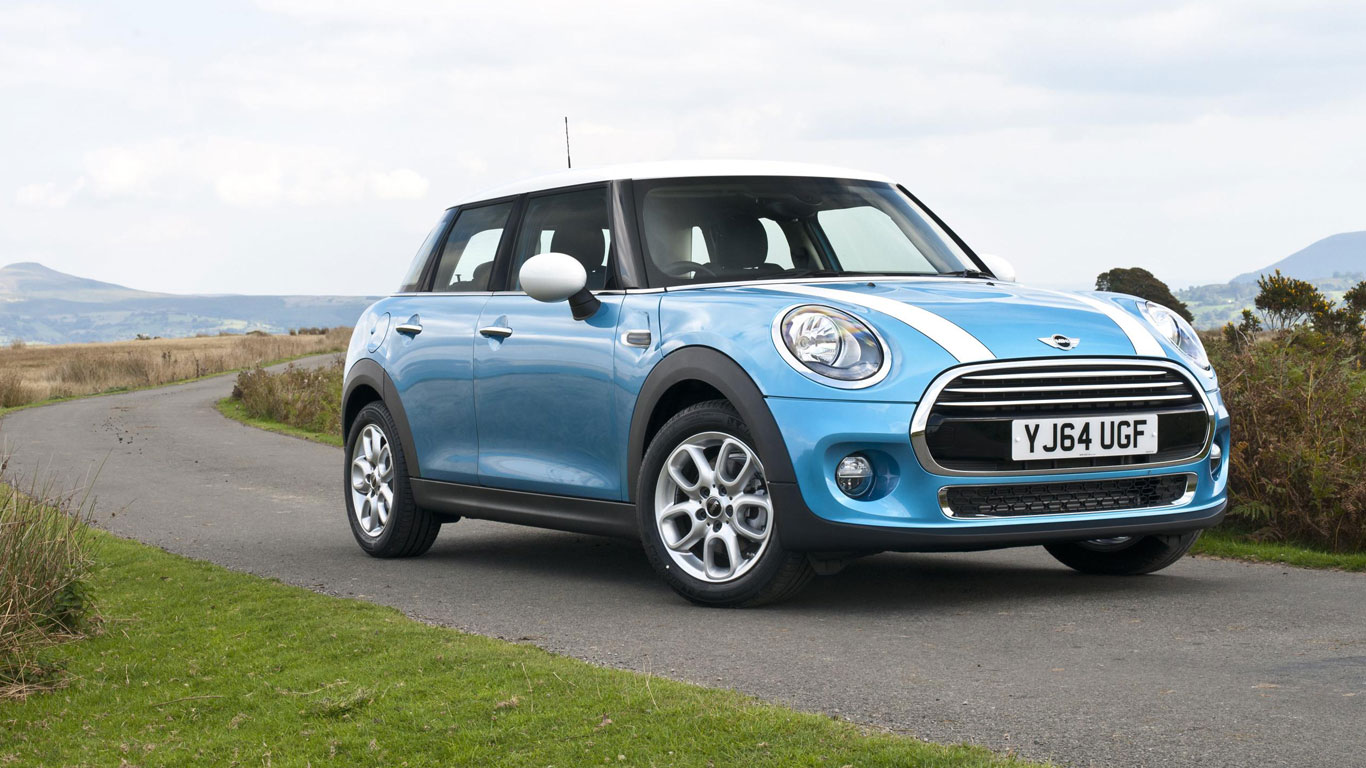 Special editions came and went, before the dawn of a new era for the MINI: the launch of the third generation F55. Predictably, the current MINI Hatch – which arrived in 2014 – is bigger than ever and now comes with the option of five doors.

But the range has shrunk and is now limited to the Hatch, 5-door Hatch, Convertible, Clubman and Countryman, along with a suite of JCW variants. 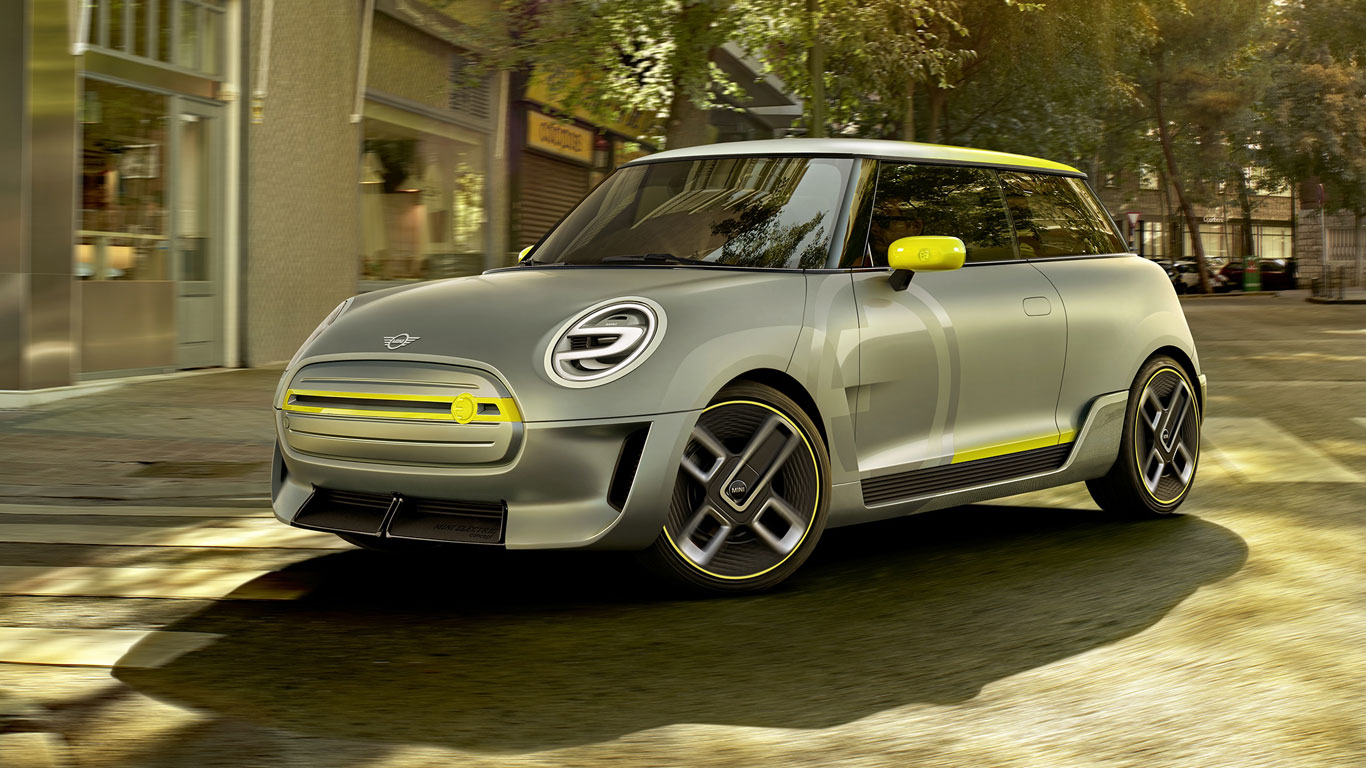 And so to the future and the imminent launch of the MINI Electric Concept car. Set to be unveiled at the 2017 Frankfurt Motor Show, it gives us our first taste of how the British-built 2019 MINI Electric will look.

It’s not the first time the MINI has been electrified – BMW built 600 electric MINI prototypes in 2010 – but this one is set for volume production. We also reckon it provides a taste of the future styling direction of the MINI Hatch. 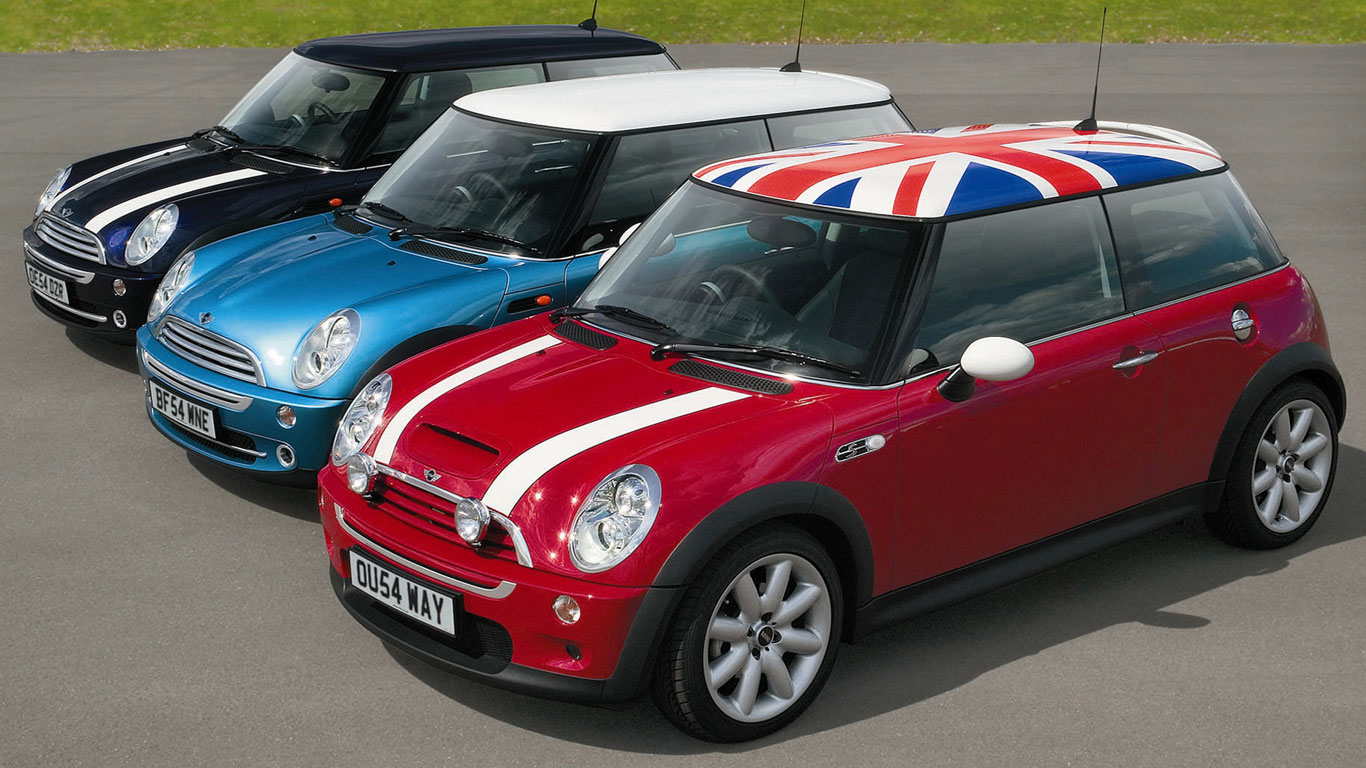 Twenty years is a long time in the car industry. In the years following the new Mini concept of 1997, fans were felt angered and distraught at the death of a legend and the passing of the baton into German hands. But BMW must have got something right because the R50 MINI is ageing far better than many of its contemporaries.

In fact, each subsequent generation and brand extension only serve to make the first BMW MINI look all the more appealing. While it’s impossible to overlook the death of Rover when charting the development of the MINI, in isolation the R50 remains a class act and a nailed-on future classic.