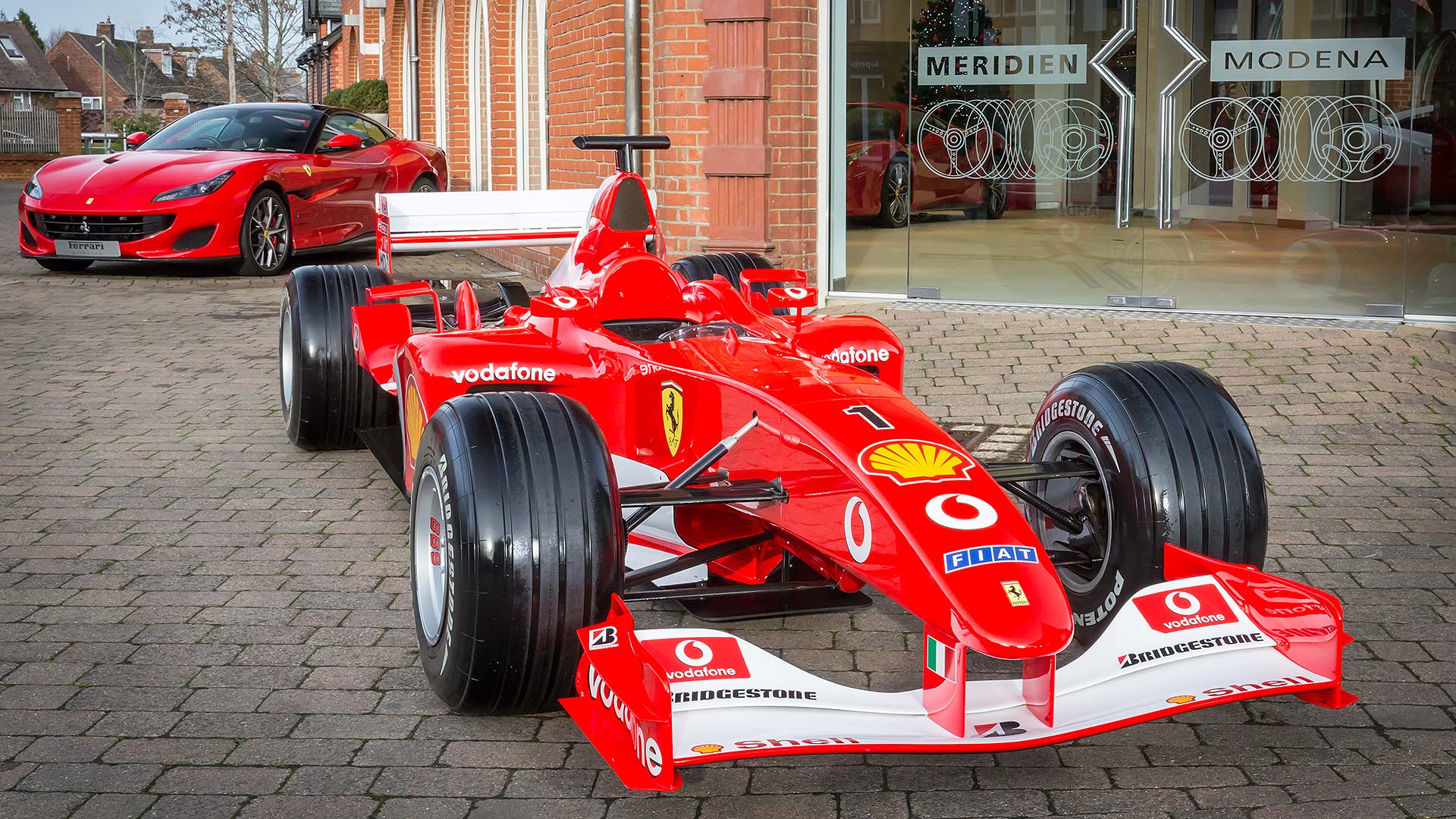 Meridien Modena in Lyndhurst has been named Ferrari Dealer of the Year 2018 and given an F1 car once raced by Michael Schumacher for its efforts.

The dealership, on the south coast of England, is now showing off the F1-2002 Scuderia Ferrari F1 car in its showroom, alongside other new and used Ferrari road cars.

The Dealer of the Year award is the highest accolade an official Ferrari dealer can receive. 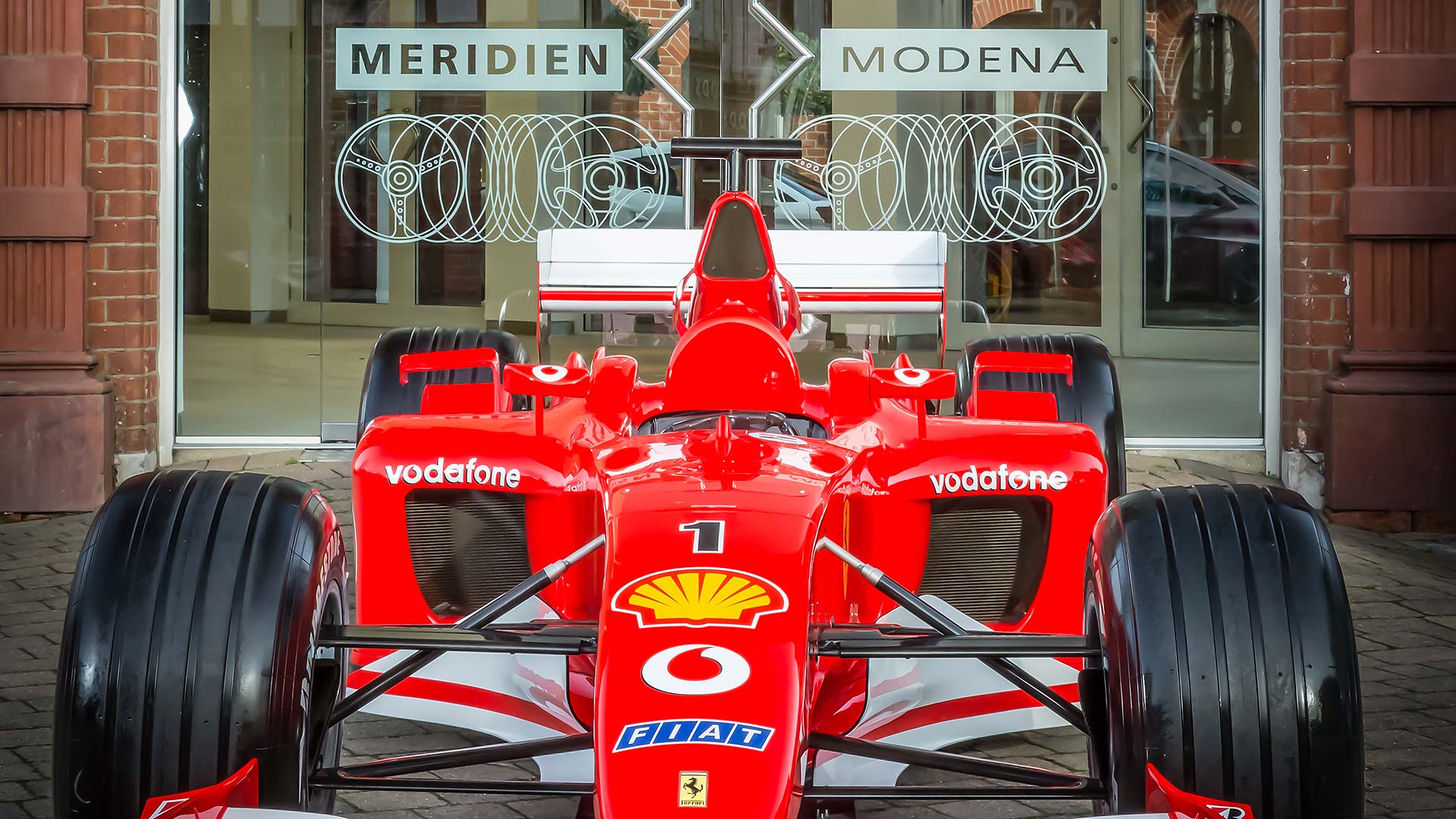 It’s not the first time Meridien Modena has been honoured by Ferrari Maranello, though. In 2018, it was named Aftersales Dealer of the Year, and in 2014, it won the Showroom of the Year prize.

For those two awards, it was given an engine each time: one from the Ferrari FF and one from the Portofino. Stepping up to actually receiving a car marks Meridien Modena’s status as the only Ferrari dealer in the world to have ever received all three awards.

“Being recognised as Ferrari’s Dealer of the Year 2018 means so much to a family owned business like ours,” said Meridien director Glenn Butt. 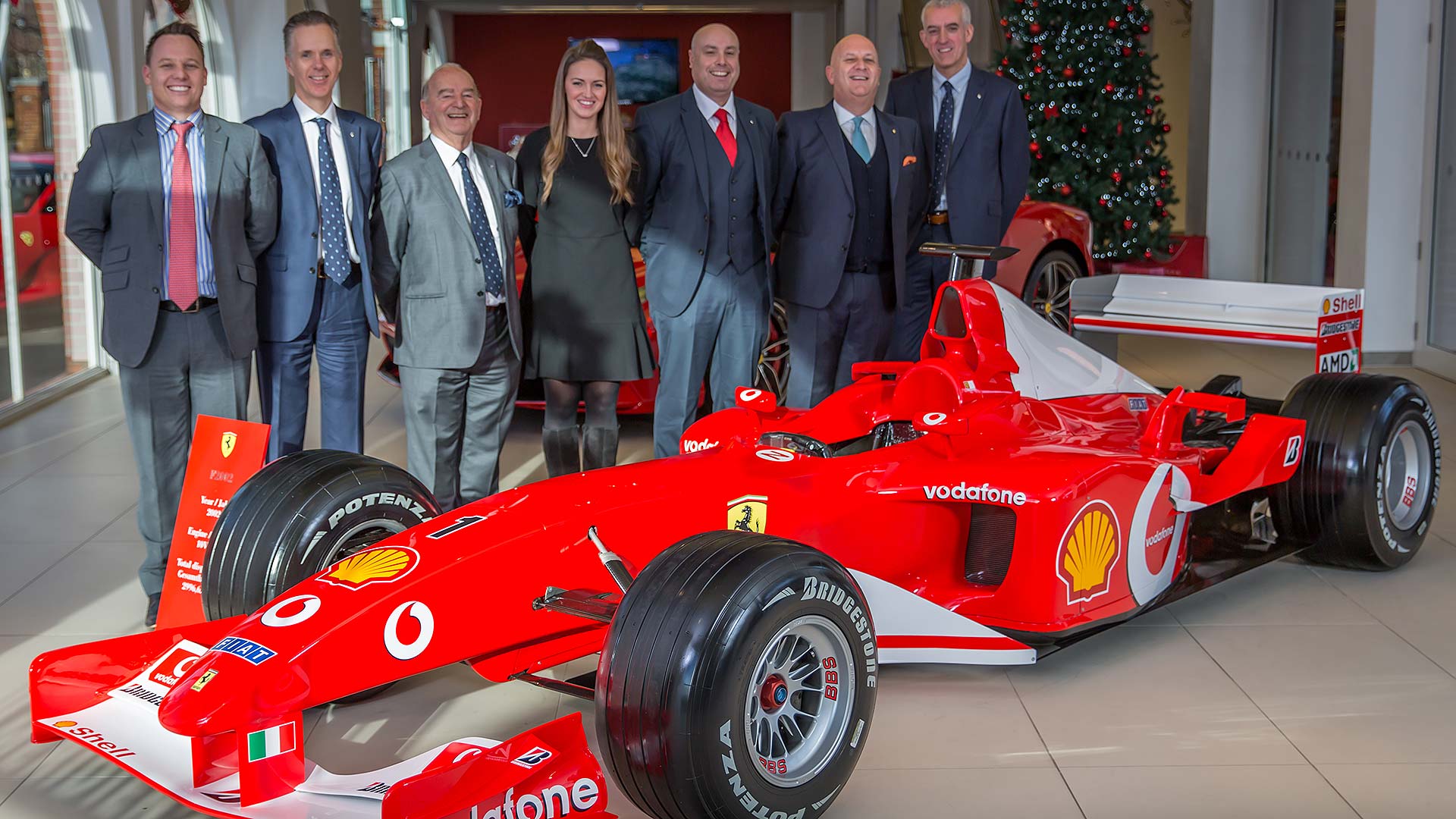 “All of our customers are the driving force behind this achievement, and we would like to thank them for their continued support.”

Assessment criteria for Ferrari’s Dealer of the Year award include sales, aftersales, marketing and events – with special emphasis also placed on customer service and satisfaction.

Meridien Modena has been a Ferrari official dealer since 2000, after opening in Lyndhurst in 1988. The 70-strong team includes seven technicians trained at the Ferrari factory in Italy, and three apprentices from the official apprenticeship scheme.