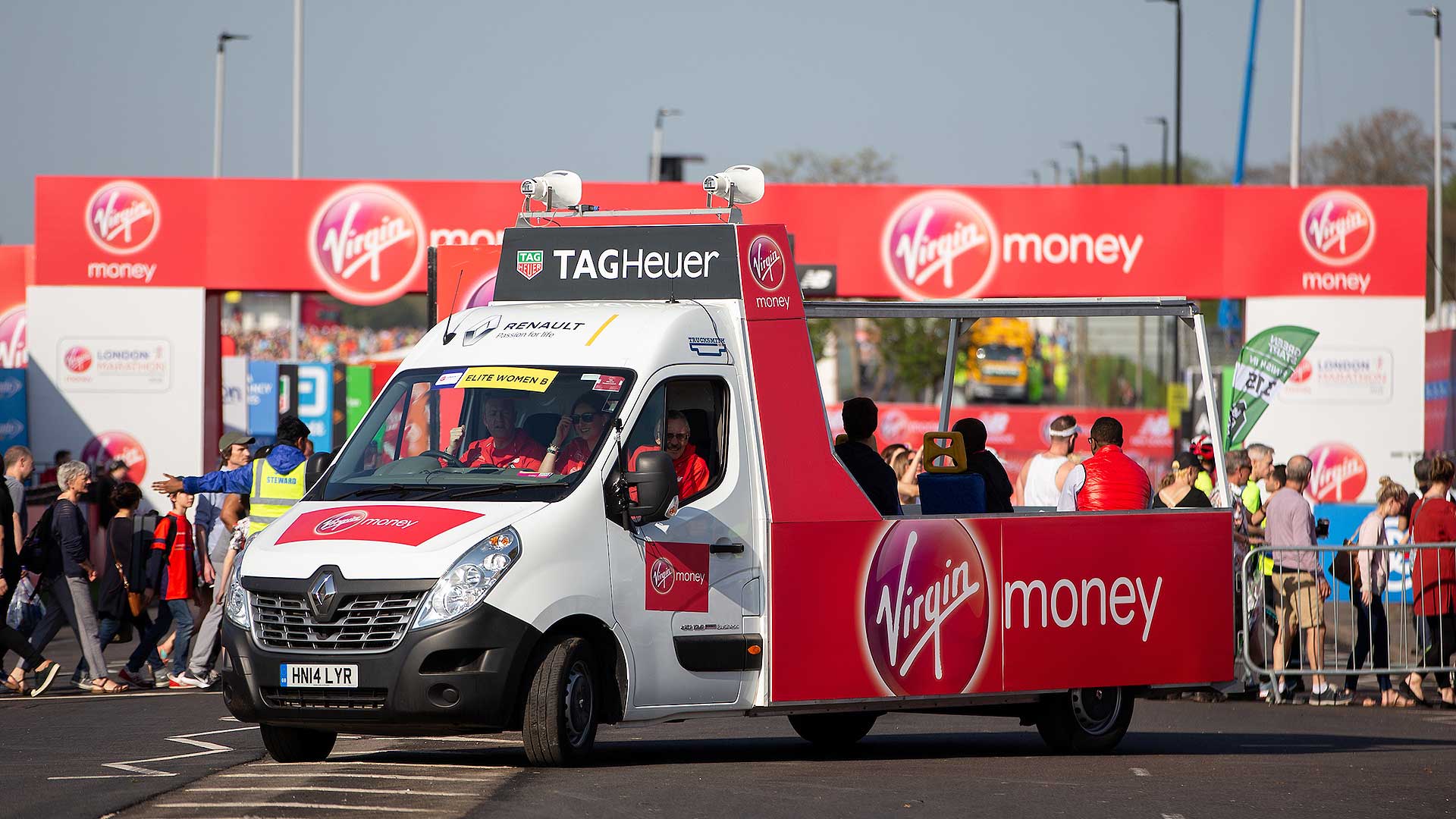 Renault is to once again play a starring role in the London Marathon – by supplying nearly 30 support vehicles to help officials run the event.

This will include four converted Renault Master vans fitted with roof-mounted digital race clocks, which will be driven ahead of the elite races. 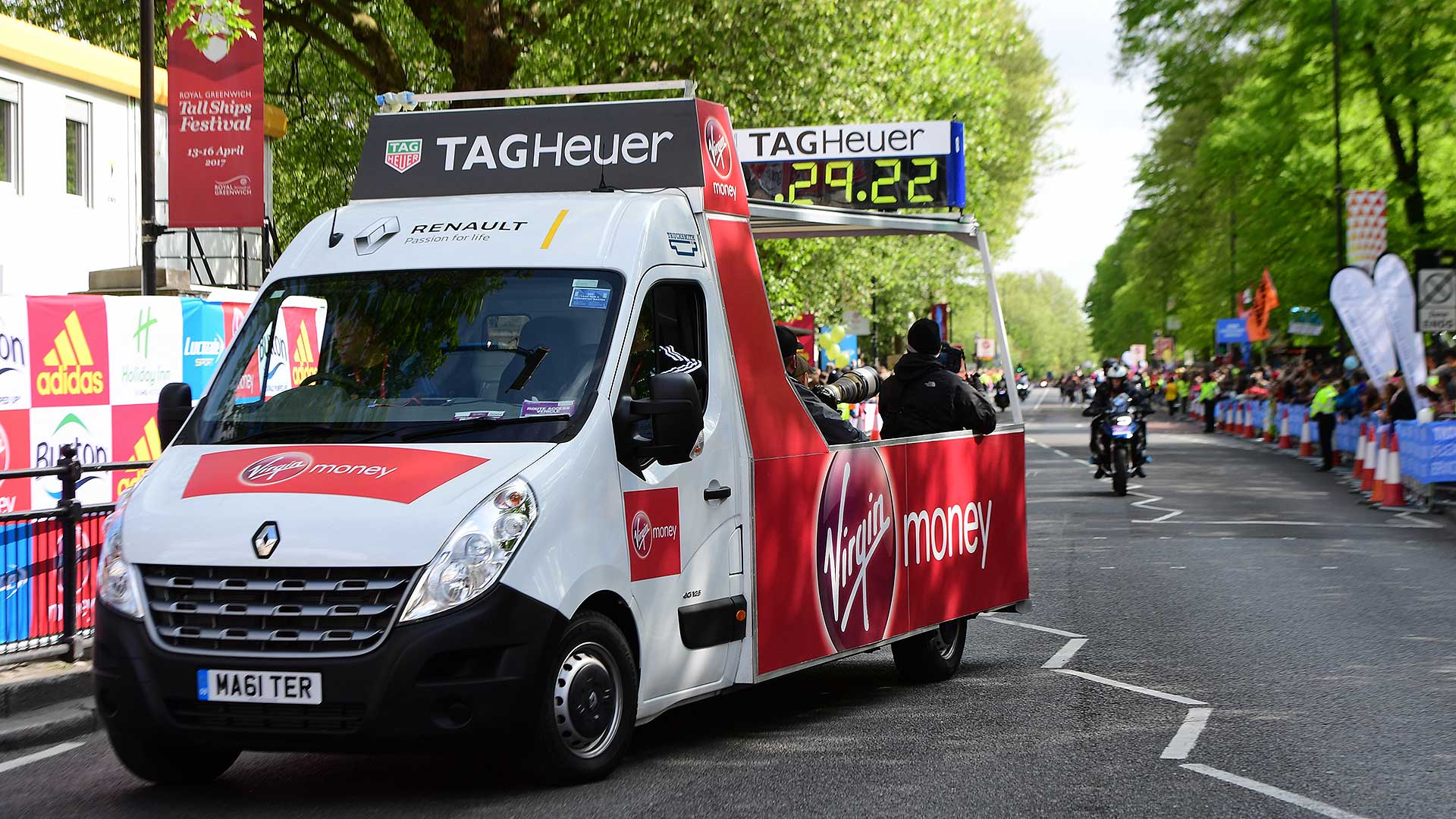 Mo Farah will be among the runners keeping an eye on their progress by watching the roof of a Renault – being captured as he runs by the photographers touring on the back of the Master vans.

It is the 23rd year Renault has been official car provider for the London Marathon. The 29-car fleet has already been busy in the build-up to the event, helping organisers set up the course. 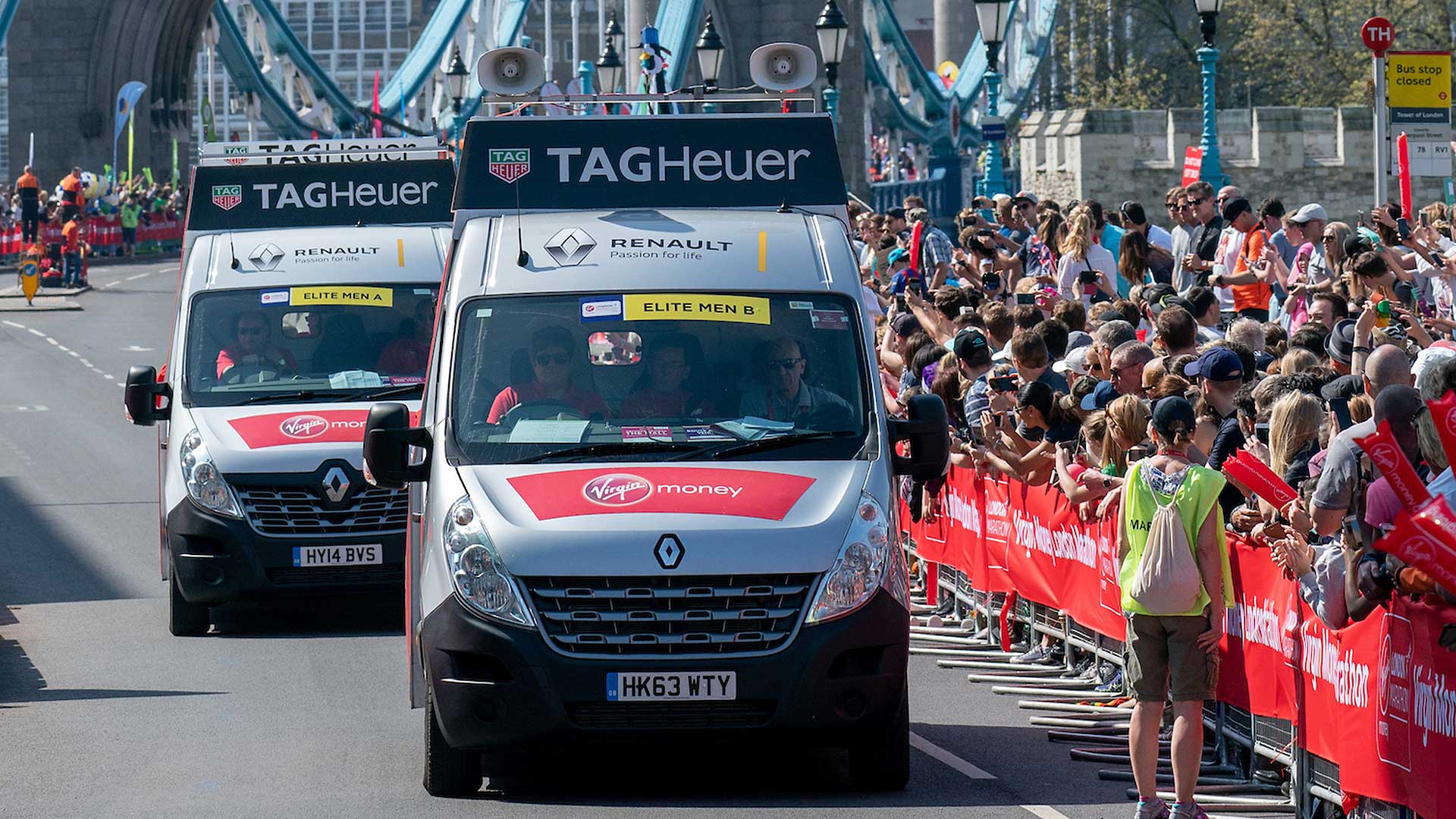 The race director has toured the London Marathon route in a Renault, and top athletes and VIPs have been picked up from the airport in Renaults.

Other cars in the fleet include the Renault Koleos, Grand Scenic, Megane, plus the Kangoo and Trafic vans (but oddly, as the London Ultra Low Emission Zone is now live, not a single Renault Zoe electric car…). 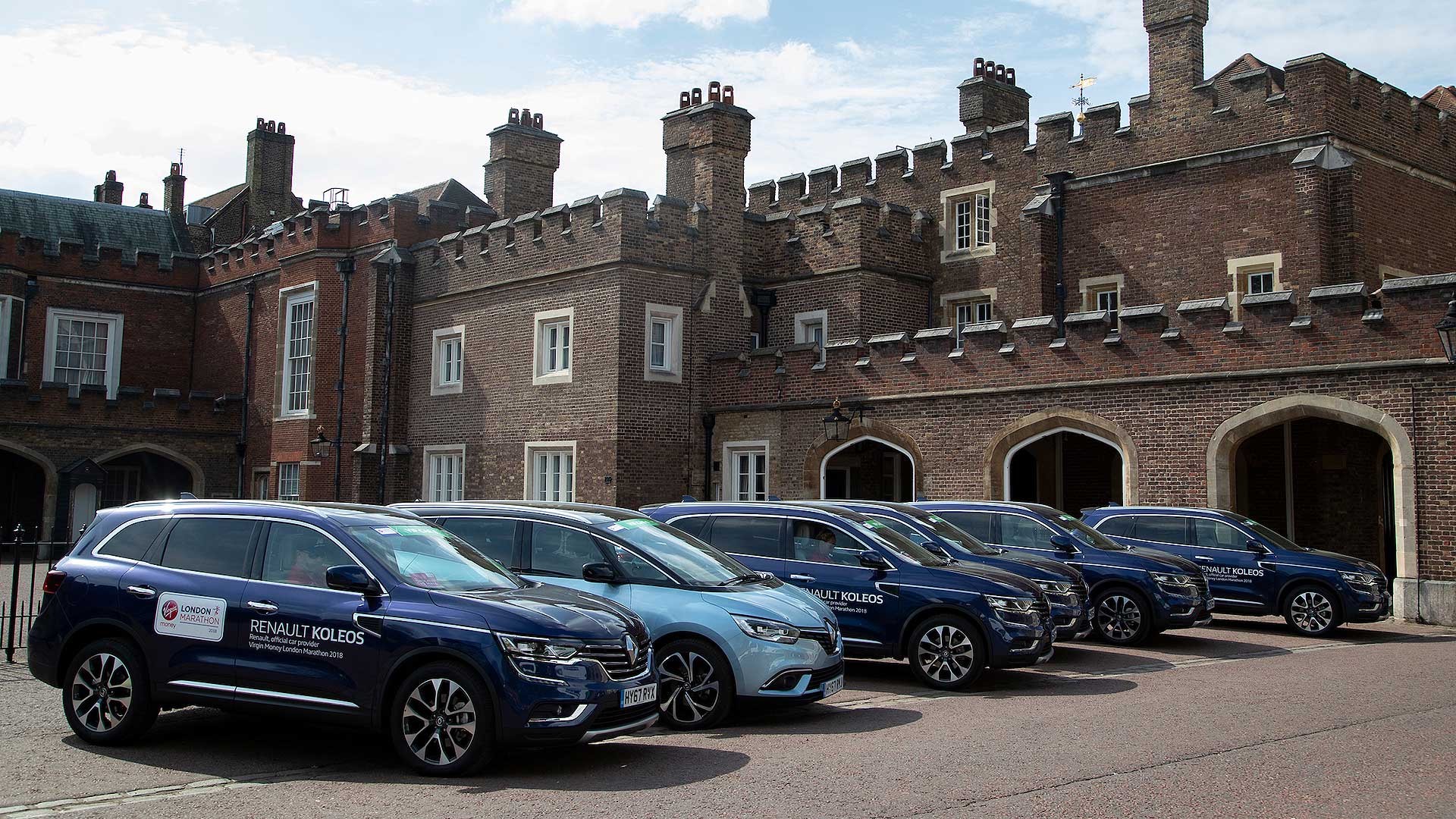 The London Marathon first took place in 1981. Since then, it has raised over £955 million for charity. Organisers are hoping the 2019 event will take the total raised to over £1 billion.