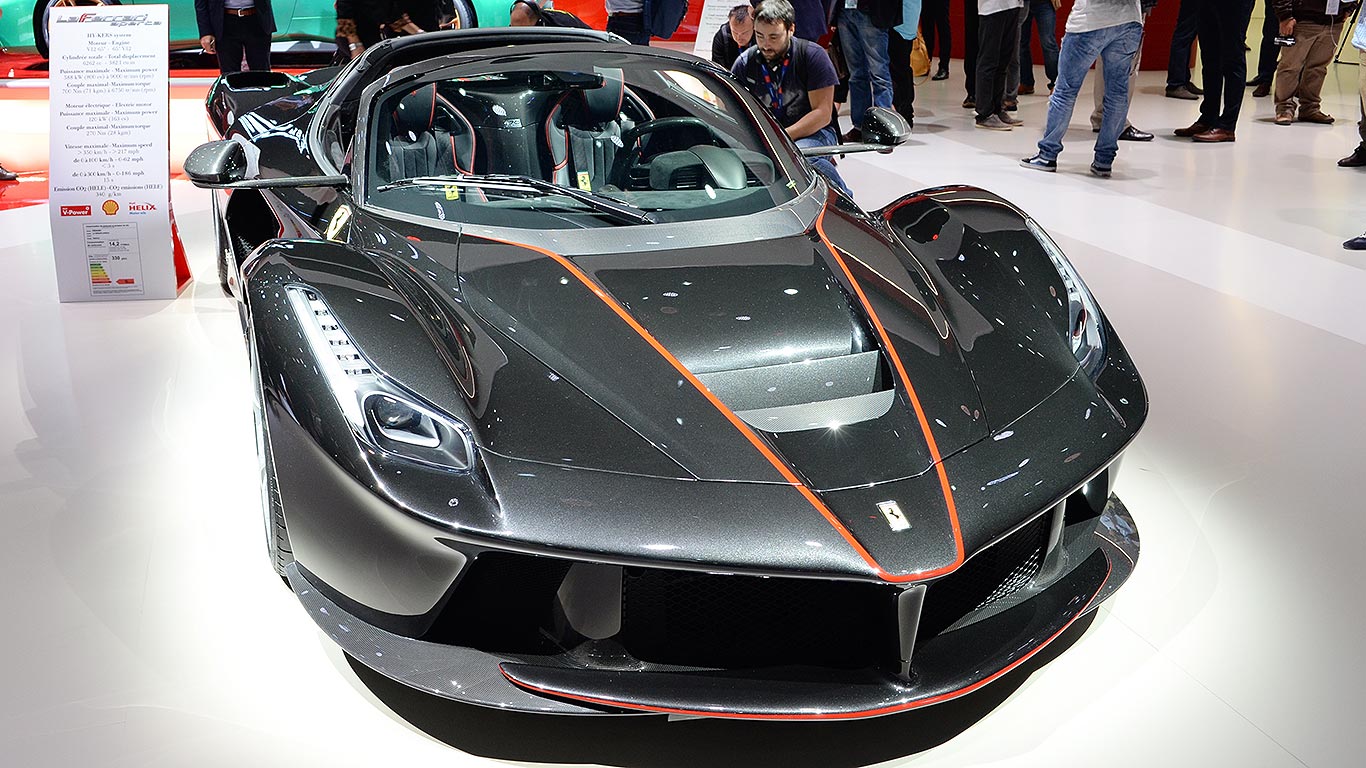 Ferrari has revealed the drop-top LaFerrari at the 2016 Paris Motor Show – and confirmed it will take the Aperta name.

Unveiled as part of a lavish press conference outlining the Maranello firm’s plans for its 70th anniversary year, Ferrari said just 209 soft-top LaFerraris would be made, with each one already accounted for.

200 of these will be sold to regular customers, and the final nine will be used by Ferrari to promote its 70th anniversary.

The LaFerrari Aperta takes the same 800hp V12 petrol engine as the regular model, combined with an electric motor. It’ll complete the 0-62mph run in 2.9 seconds, the same as the hard top, and max out at 217mph.

The manufacturer says buyers have been given a choice of a removable carbonfibre hard-top and a more conventional soft-top. Meanwhile, the chassis has been heavily tweaked to “retain the same torsional rigidity and beam stiffness as the coupe version.” 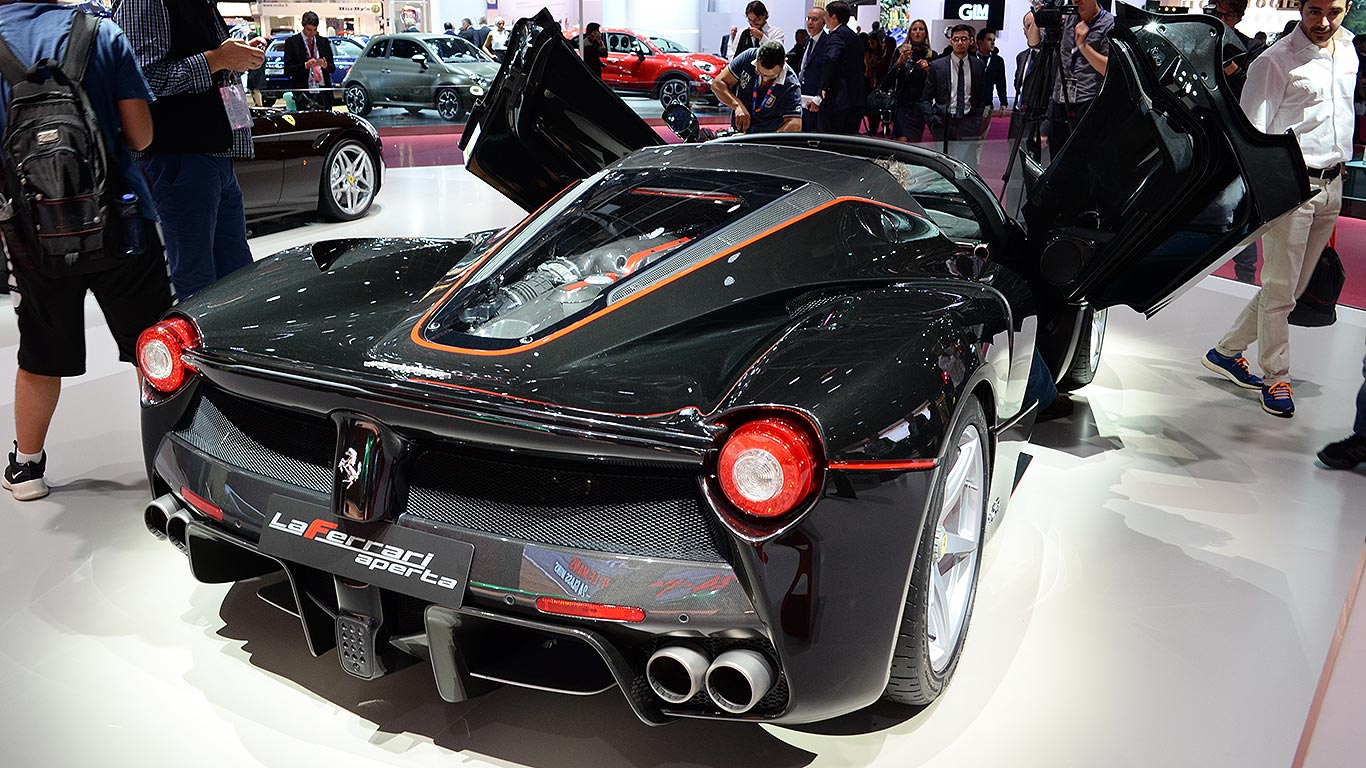 Ferrari is keeping quiet about how much wannabe owners have had to shell out for the LaFerrari Aperta, but it’ll be more expensive than the £1 million standard LaFerrari. Some reports suggest buyers are shelling out as much as £3 million for the limited-run supercar.

Also attracting attention on Ferrari’s stand is a series of five liveries launched to celebrate the anniversary. 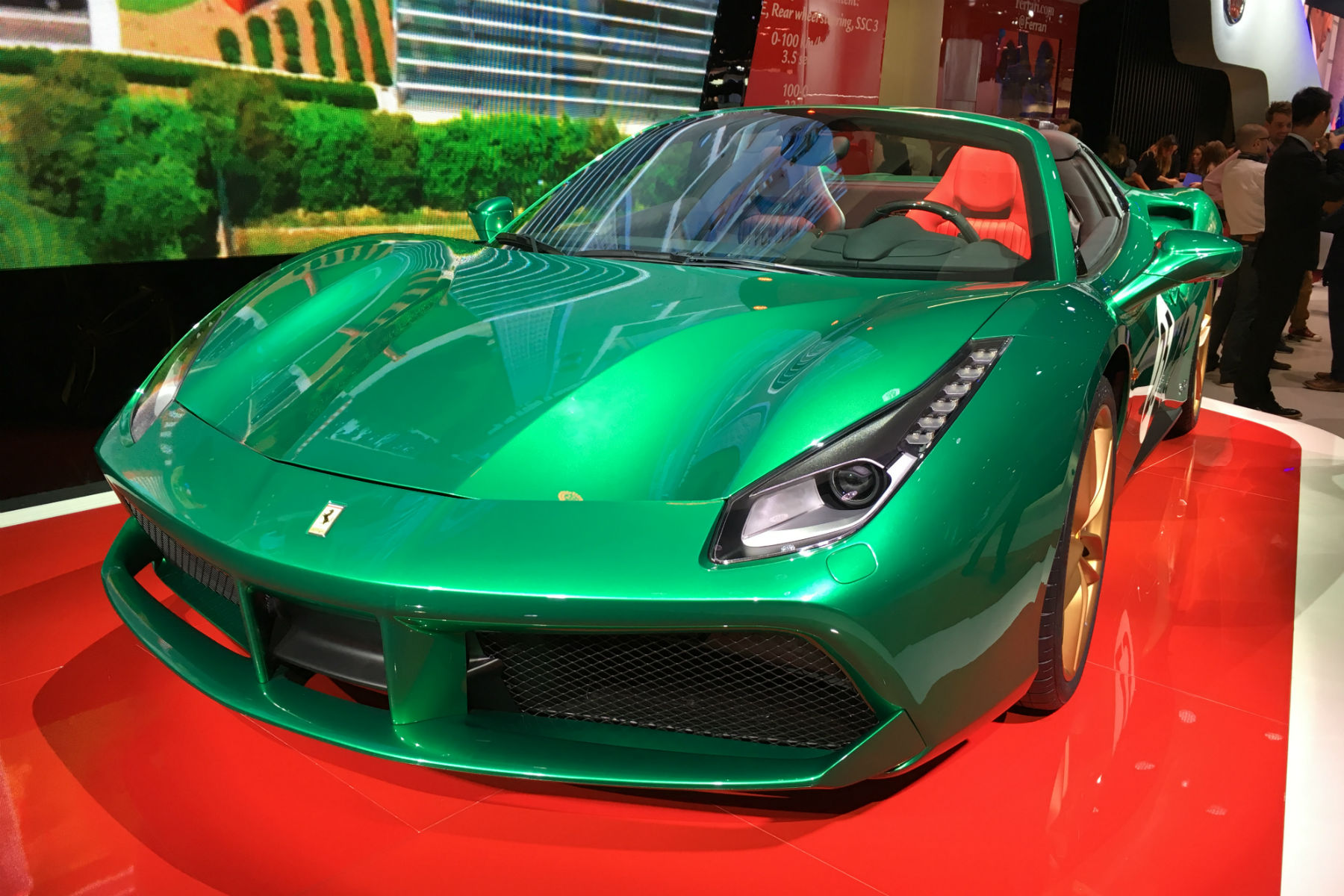 These range from The Green Jewel, a tribute to a Le Mans 365 P2, to The Schumacher, a red colour scheme dedicated to the multiple F1-winning race car.

The final Ferrari on display is the more user-friendly GTC4 Lusso T. Visually almost identical to the V12 GTC4 Lusso, the T uses a turbocharged V8 engine with power going to the rear wheels.