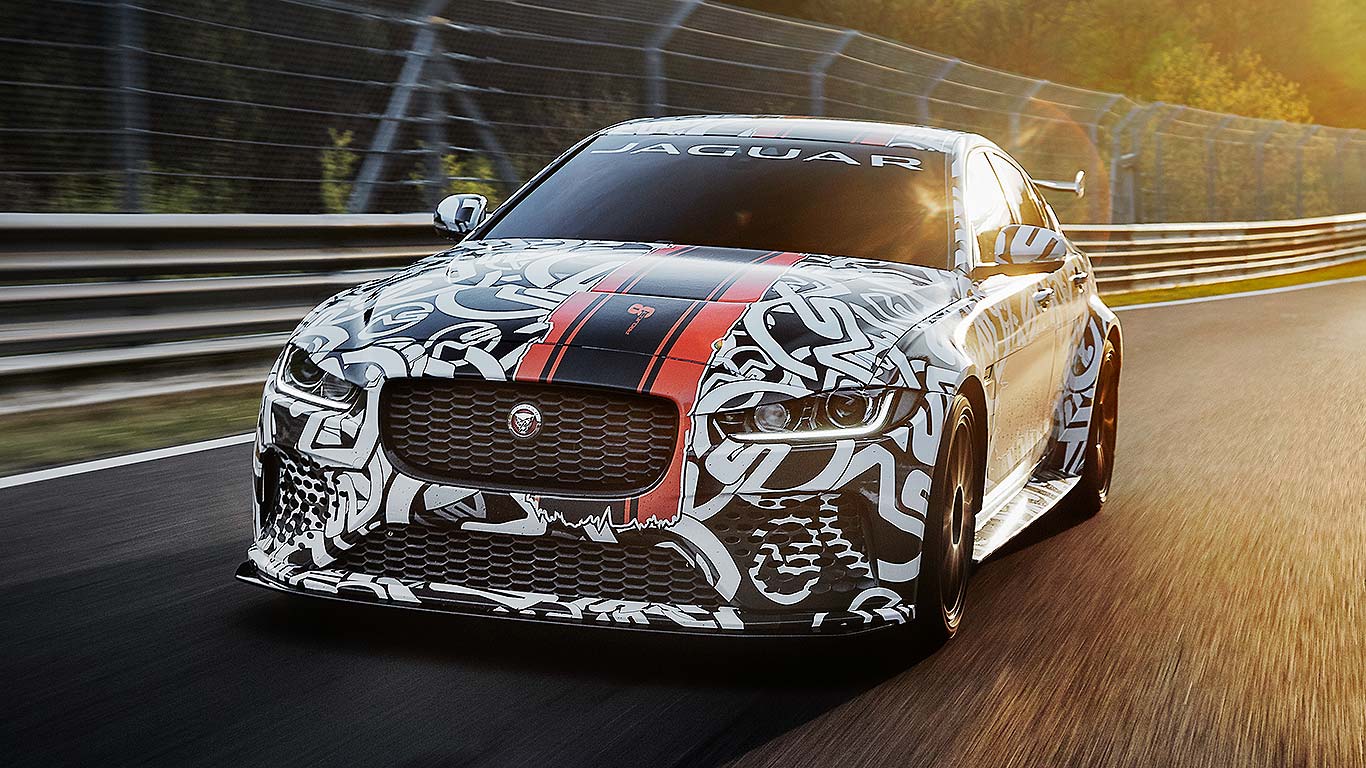 Jaguar has revealed a stunning 600hp 5.0-litre supercharged XE called the XE SV Project 8 – and confirmed it’s actually putting it into production in a limited 300-model run. The car will be the most powerful road legal Jaguar ever.

Revealed here while undergoing testing at the Nürburgring, the new XE V8 will be the next low-volume project from JLR’s crack SVO department. That’s the division that previously created the 2014 F-Type Project 7; this will be only the second showroom-ready car it’s built.

At the moment, Jaguar’s not revealing too much about the car, ahead of its full debut at the 2017 Goodwood Festival of Speed on 30 June. But JLR SVO MD John Edwards does reckon “the time is right for SVO to produce the most extreme performance car in the history of Jaguar.

“Our clients worldwide were thrilled by the F-Type Project 7. The new XE SV Project 8 takes aerodynamics and performance engineering to another level – it is conceived for enthusiasts and the most discerning collectors. The price for such an extreme performance sports car available in strictly limited numbers will reflect that.”

From what we can already see of the new super-saloon, it looks like the 600hp XE will pack the styling punch to go with that. Wheelarches are bulging, there’s a massive rear wing and the bonnet also receives a huge central air outlet to help cool that 5.0-litre V8 squeezed in below.

Jaguar’s talking of supercar performance, which these days means a 0-62mph time of around 3.5 seconds, and a top speed, if it’s being bold, of more than 200mph. Suspension, steering and brakes will all be fully upgraded accordingly, and the interior should get an almighty set of sports seats plus the sort of hand-crafted beauty we saw in the F-Type Project 7.

Watch the video to learn more about the new XE SV Project 8, and get an earful of its V8 bellow. And get your order in now, collectors: this car is real, it’s coming to showrooms soon, and demand for it is going to be off the scale…