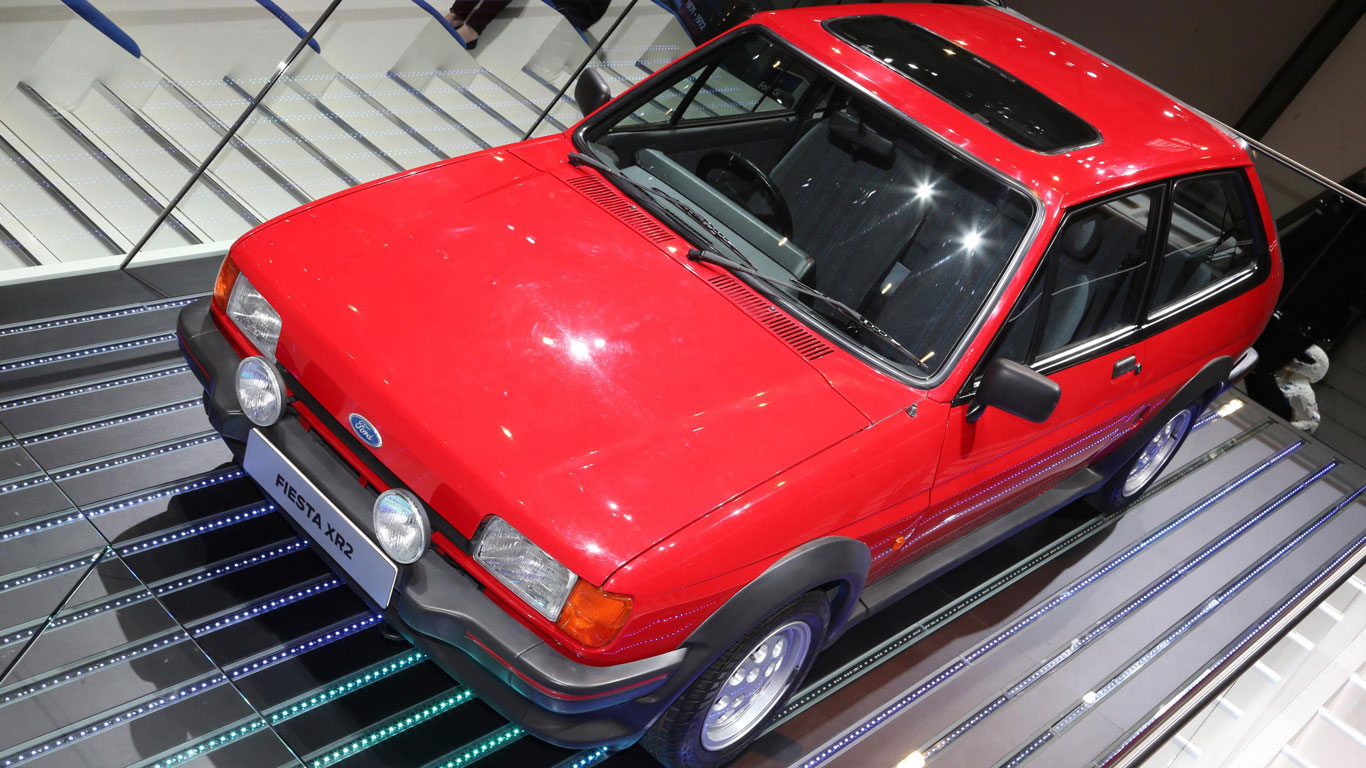 The Geneva Motor Show is all about new cars, right? Maybe so, but we couldn’t help but have our heads turned by some of the older gems on display at Palexpo. It’s only fair that we share some retro and classic metal with you. 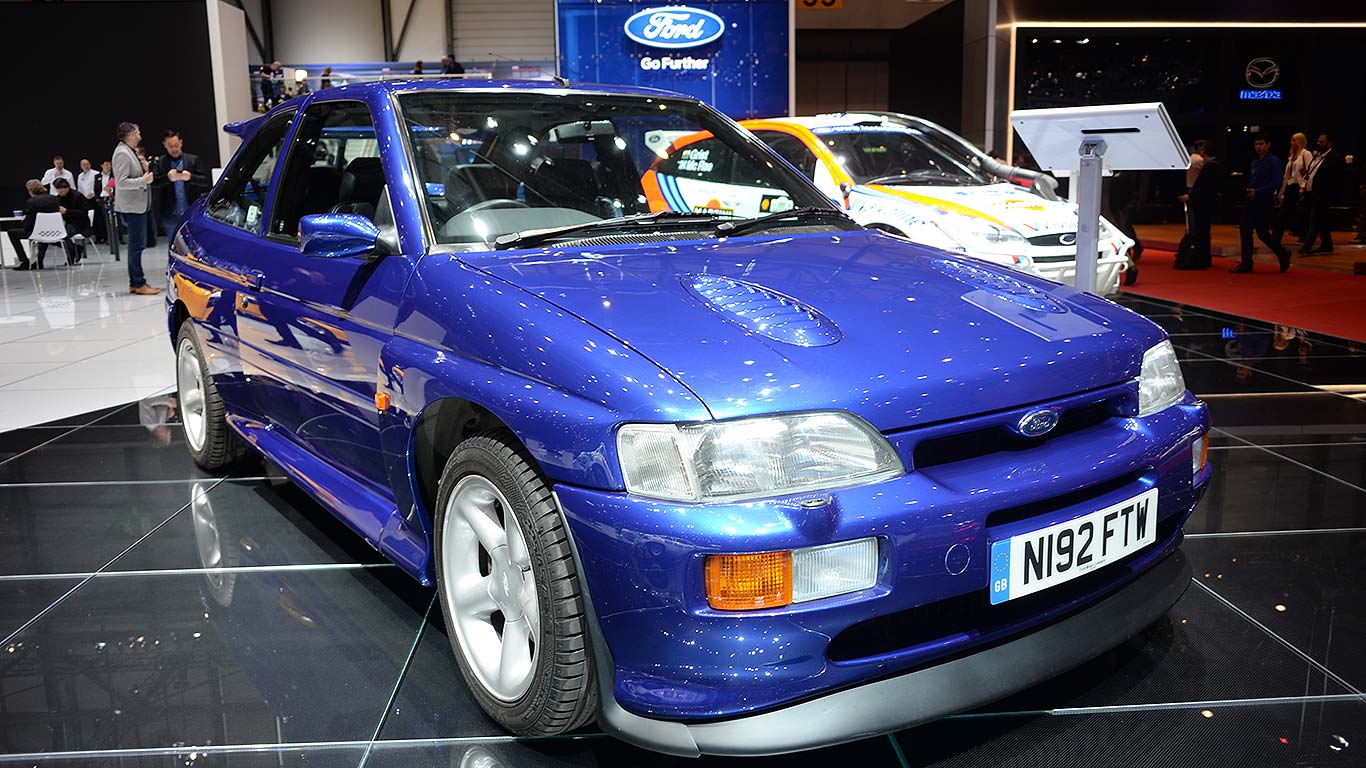 Doing its best to upstage the new Fiesta ST on the Ford stand is this: the Ford Escort RS Cosworth. In truth it needs no introduction, as it’s one of the most famous and iconic homologation specials of the 1990s. This 1996 example is nearly 20 years old, and yet its rear wing still manages to overshadow some of the supercars on display in Geneva. 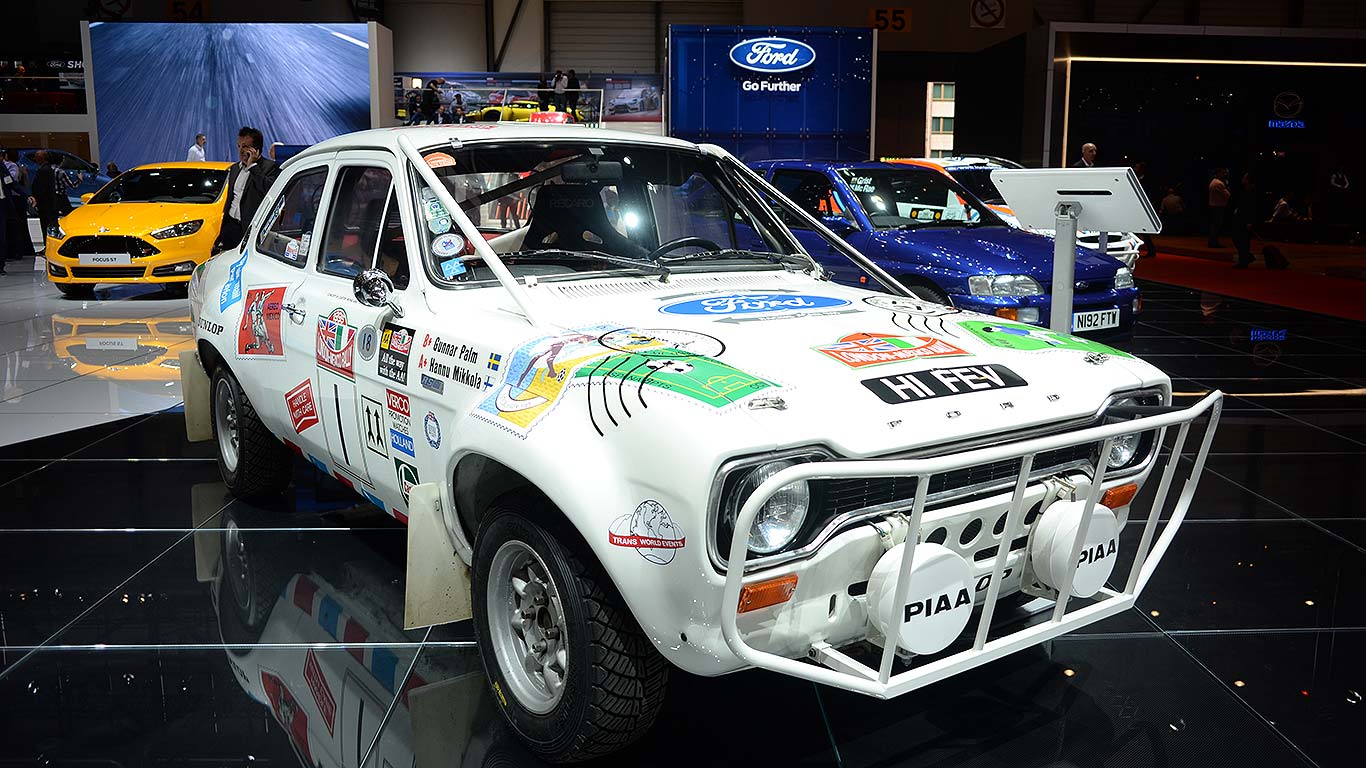 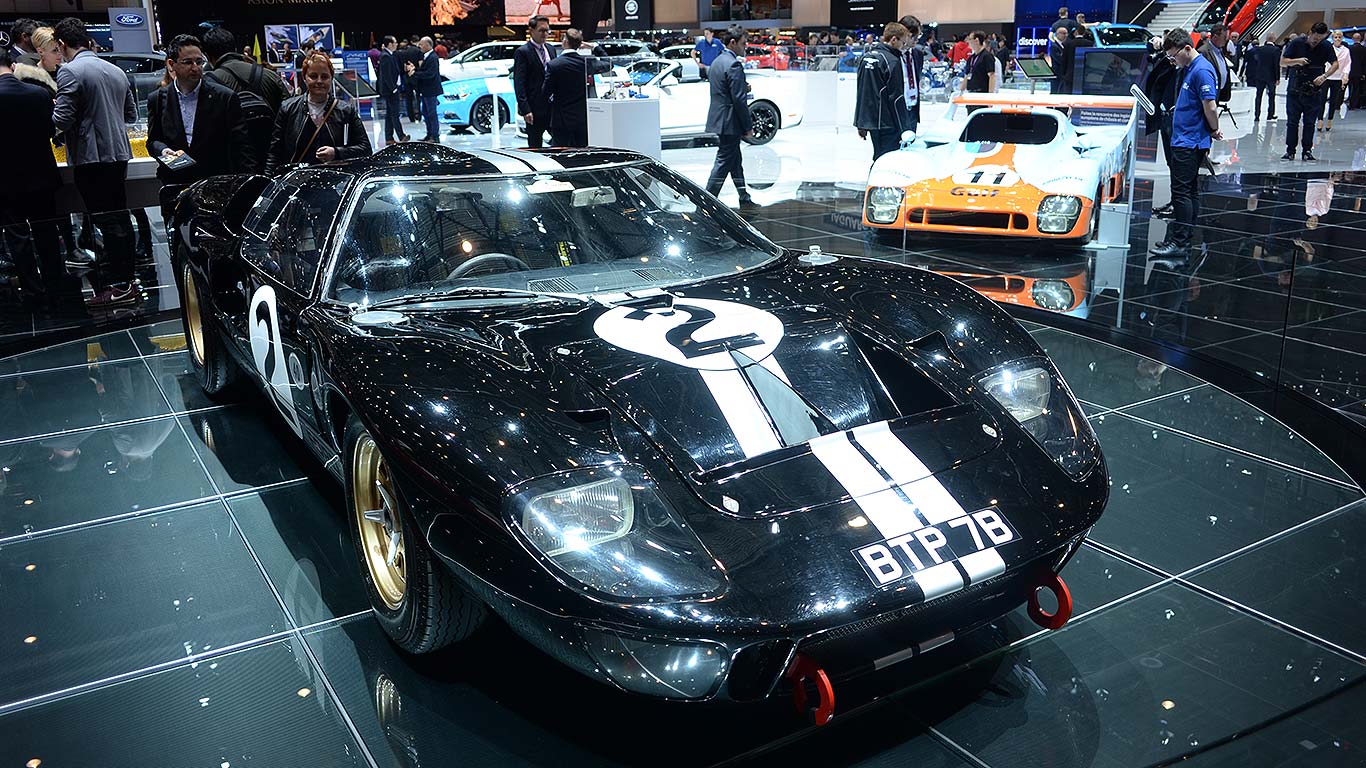 A new Ford GT in limited edition ‘66 Heritage Edition livery is on display in Geneva, but there’s nothing quite like the real thing. OK, so this is a replica of the 1966 Ford GT40 Mk2 race car driven to victory at the 1966 Le Mans 24 Hours, but it still beats the modern tribute act. 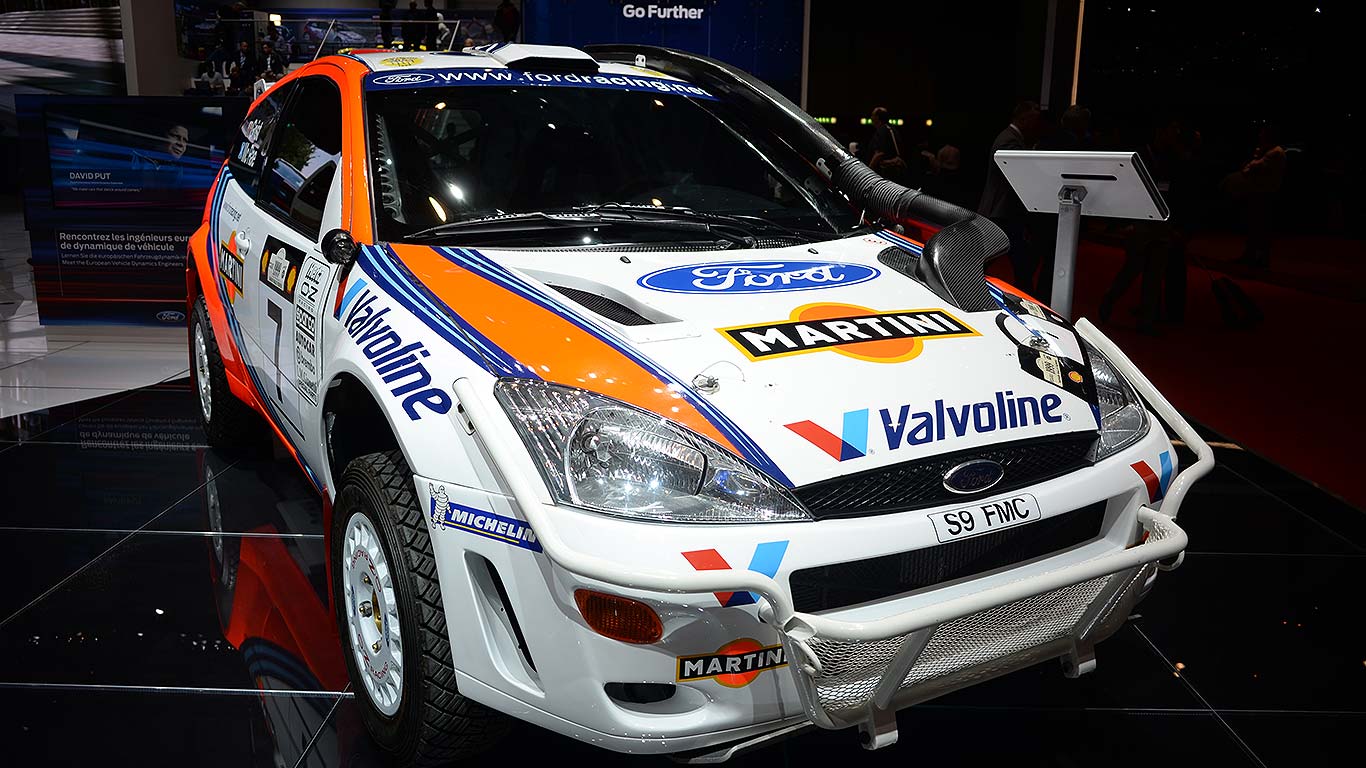 This Ford Focus RS WRC was built for Colin McRae and Nicky Grist to compete in the 1999 Safari Rally. McRae won, finishing ahead of the Toyota Corolla WRC cars driven by Didier Auriol and Carlos Sainz. This was only the third time the Focus had competed in the WRC, having made its debut at the Monte Carlo Rally the previous month 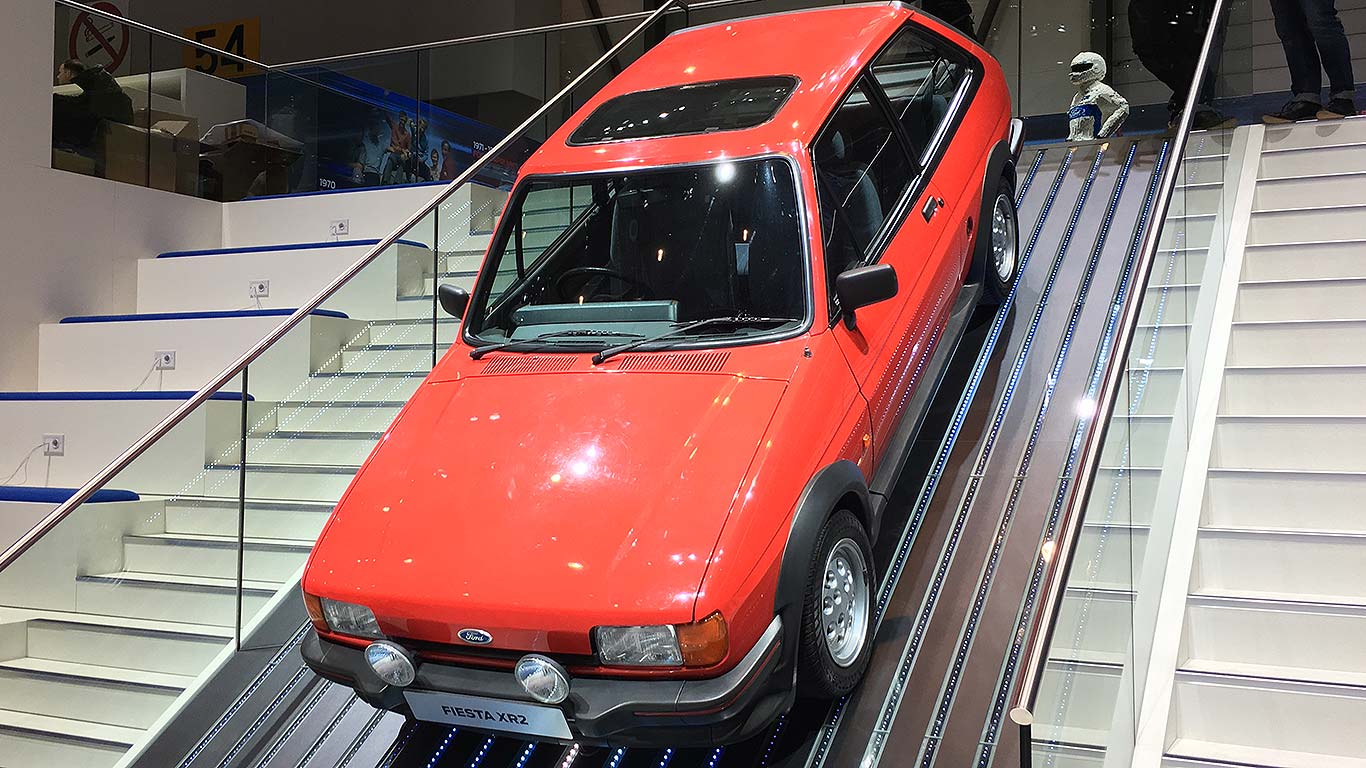 When the new Ford Fiesta ST sits down to trace its family tree, it will stumble across this: the XR2. In its day, the Fiesta XR2 was a monumental success for Ford even if, dynamically at least, it was overshadowed by the likes of the GTI-badged Golf and 205. The XR2 is a rough diamond geezer from the East End, and we love it. 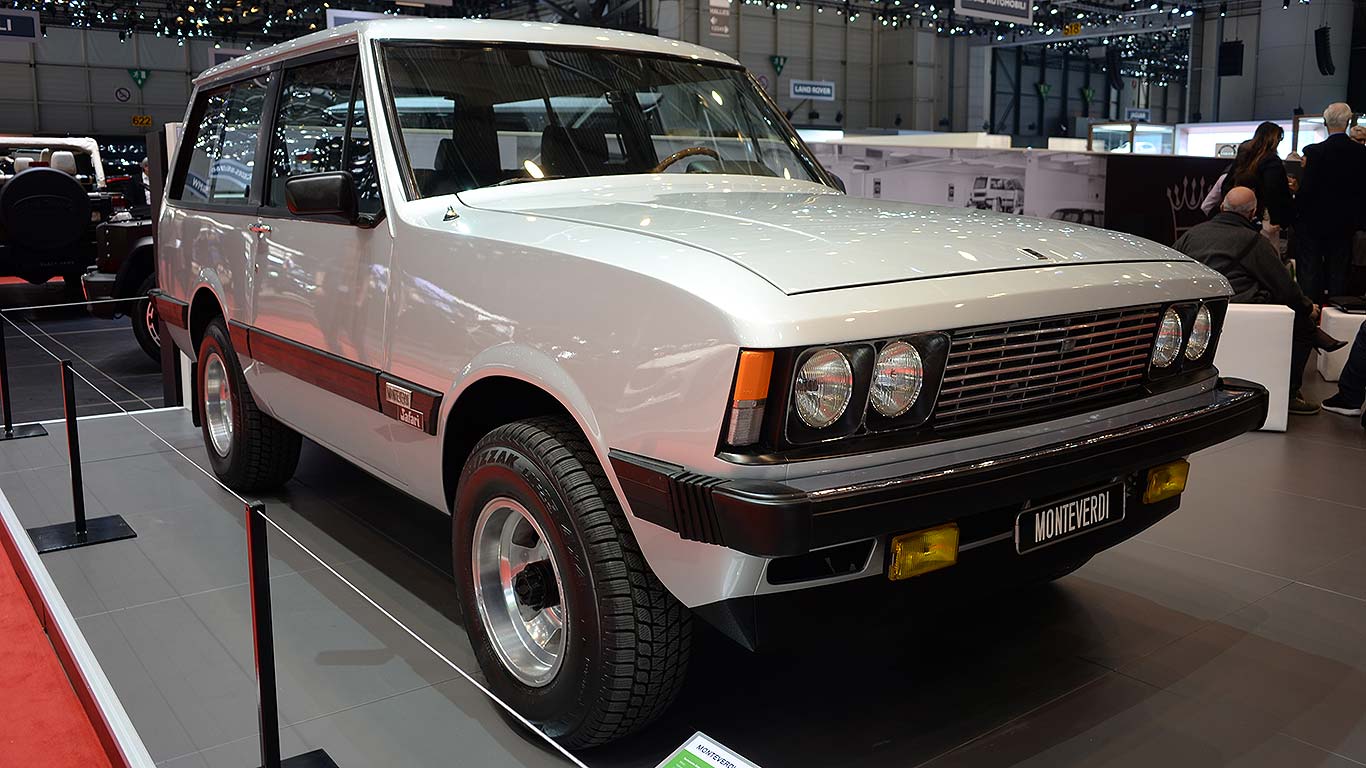 You might not have heard of the International Harvester Scout, the off-roader built in Fort Wayne, Indiana. But without it, the achingly cool Monteverdi Safari would never have existed. This was one of the early pioneers of the luxury SUV, with Italian styling and an all-American 7.2-litre V8 engine. Compare and contrast with the SUVs of today and have a little weep. Bentley Ben-whatever. 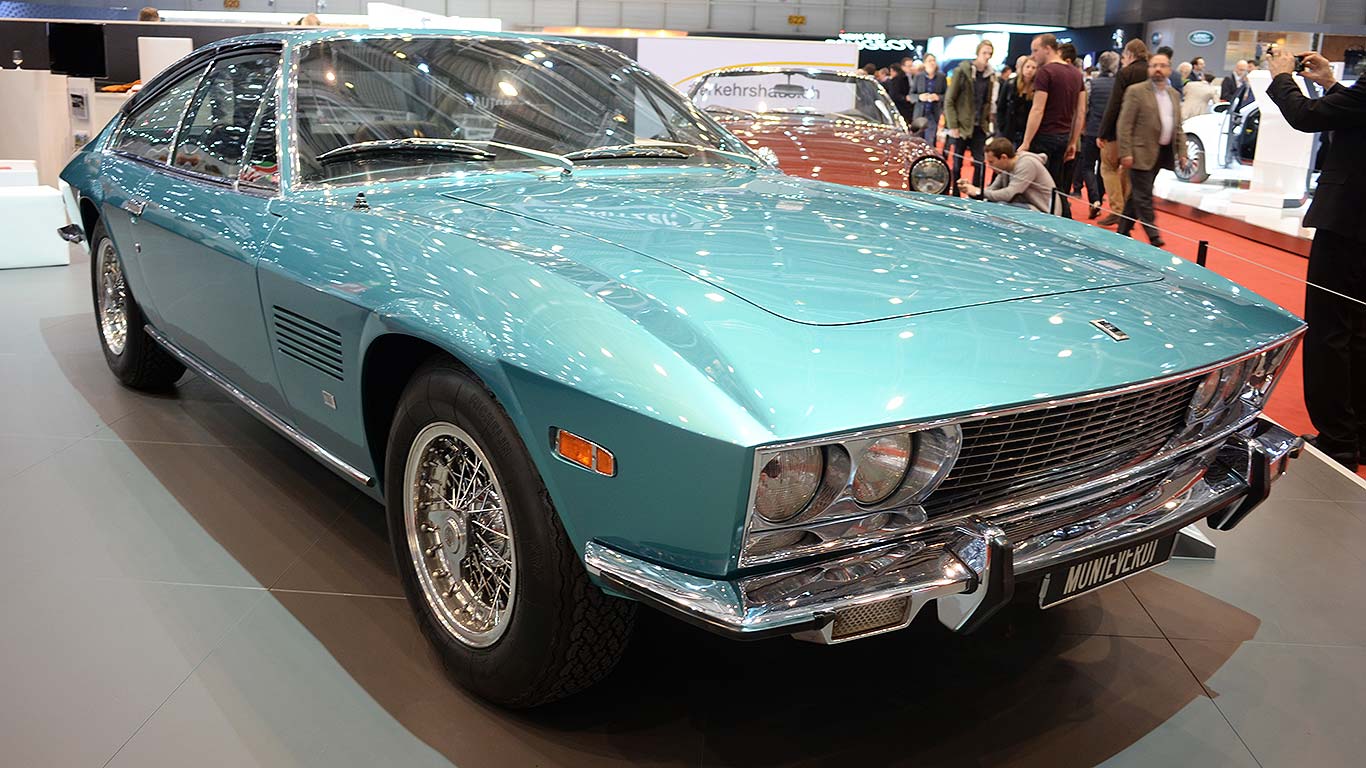 Another Monteverdi with the potential to upstage many a GT car at the Geneva show is this: the High Speed 375 S. It was launched at the 1977 Frankfurt Motor Show, with a body designed by Peter Monteverdi and built by Frua in Italy. Like the Safari, it was powered by a 7.2-litre Chrysler engine. 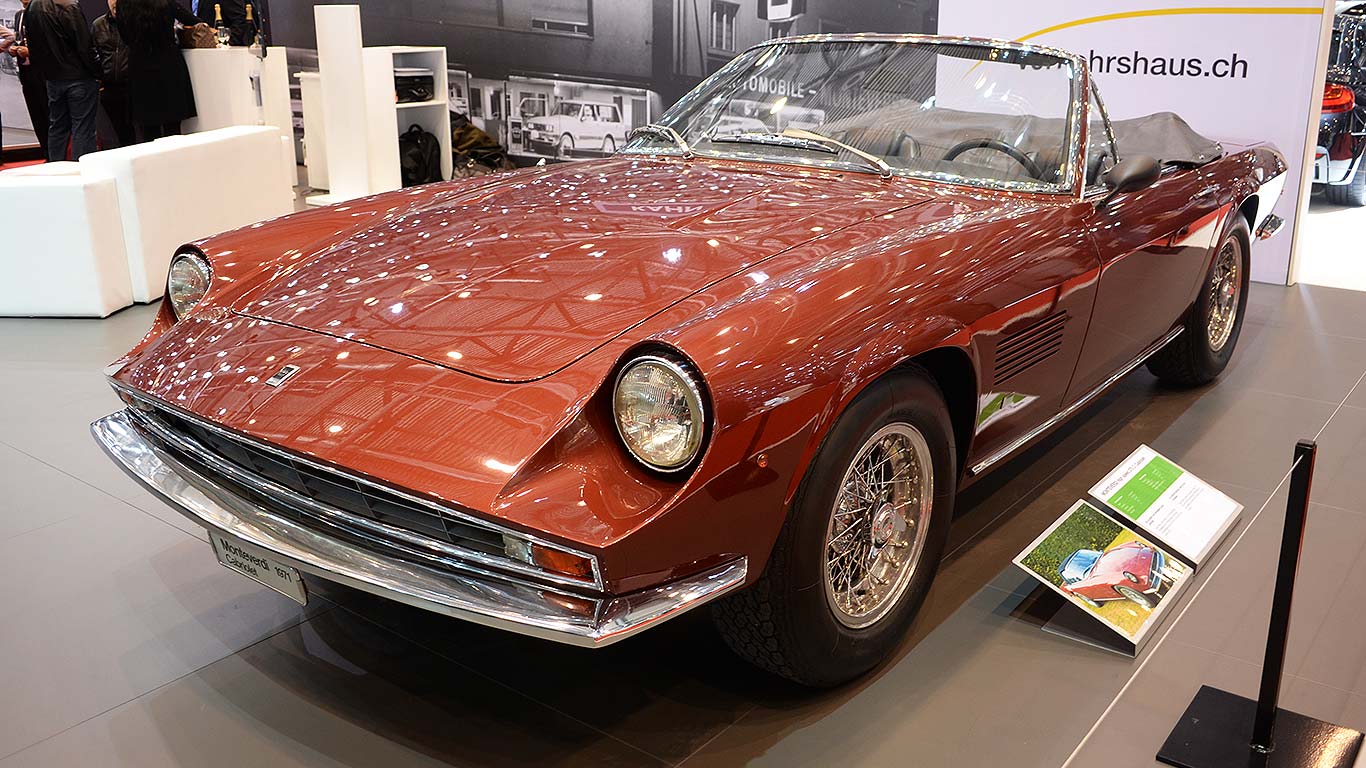 The High Speed 375 C was the Swiss firm’s first convertible and was introduced in 1971. You can see this car and more at the Monteverdi Automuseum, which is based at the former production facilities near Basel, Switzerland. It’s dripping in excess and automotive brilliance. 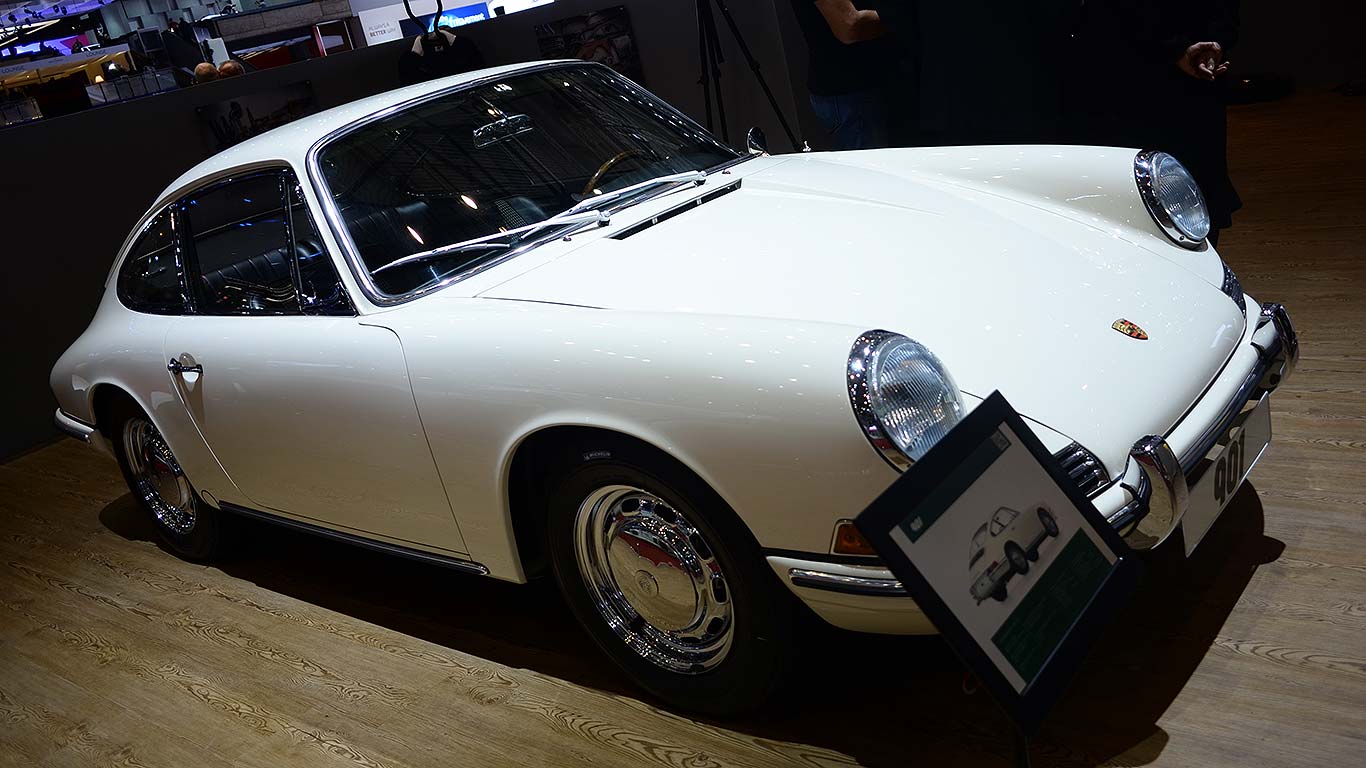 The Porsche 901 was unveiled at the 1963 Frankfurt Motor Show as a successor to the Porsche 356. With Peugeot holding a patent for a three-digit designation with a zero in the middle, Porsche was forced into renaming it the 911. The rest, as they say, is history. 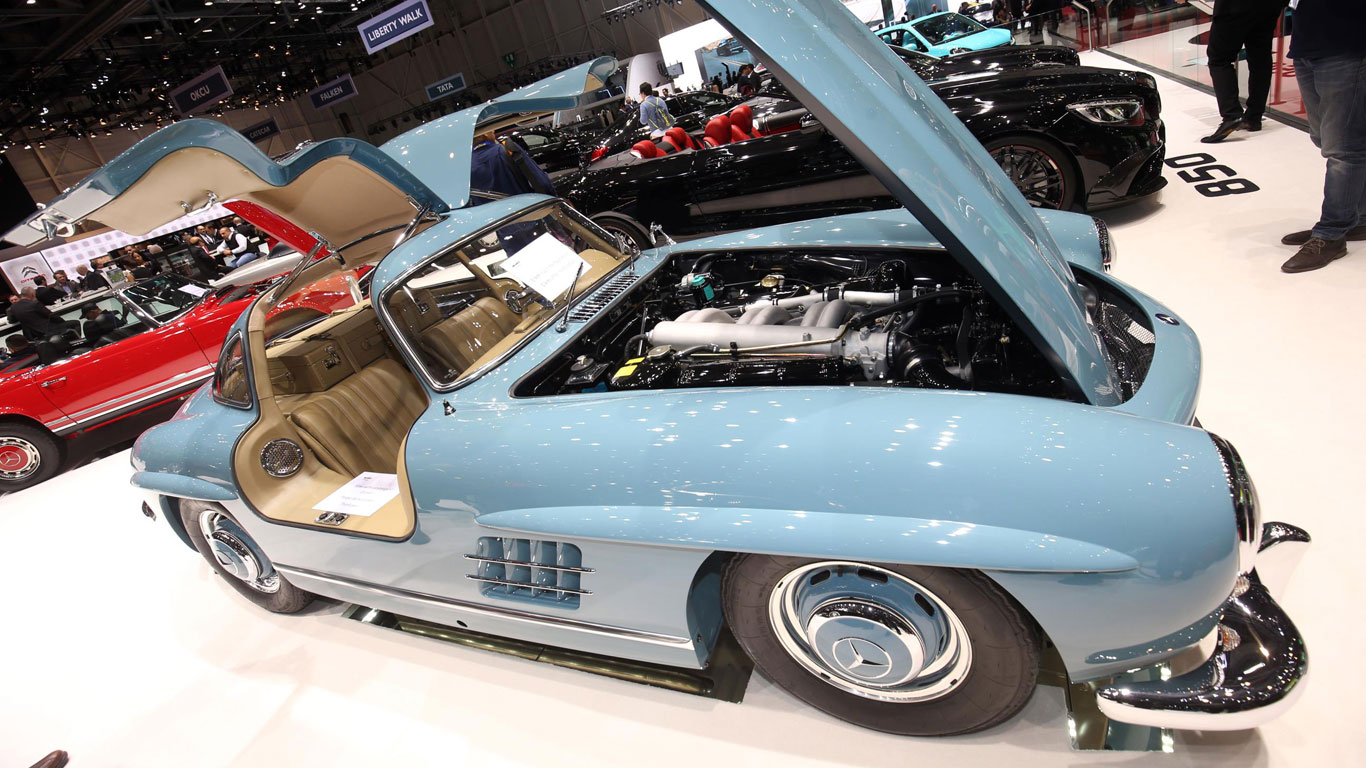 On display on the Brabus Classic stand is this sublime Mercedes-Benz 300 SL Gullwing. The elegant light blue paint is paired with beige leather to create one of the most desirable cars in Geneva. It has been subject to a complete Brabus Classic restoration and includes its original Becker Mexico radio-cassette. We understand only 26 cars left the factory in this colour. 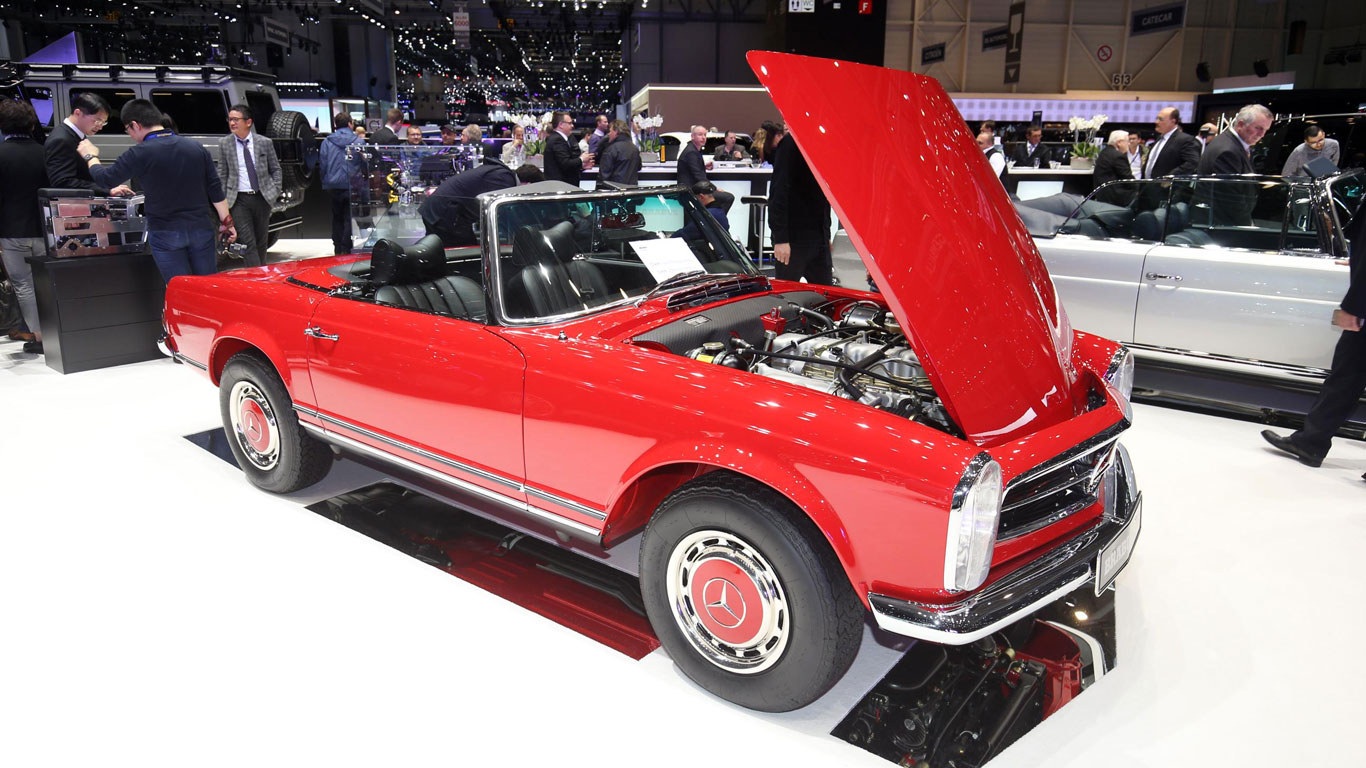 This 1968 Mercedes-Benz 280 SL can only be described as ‘as new’. It was the subject of a complete restoration at the hands of Brabus Classic and, as you’d expect, it’s entirely blemish-free. You know something, this might be our car of the show. Simply stunning. 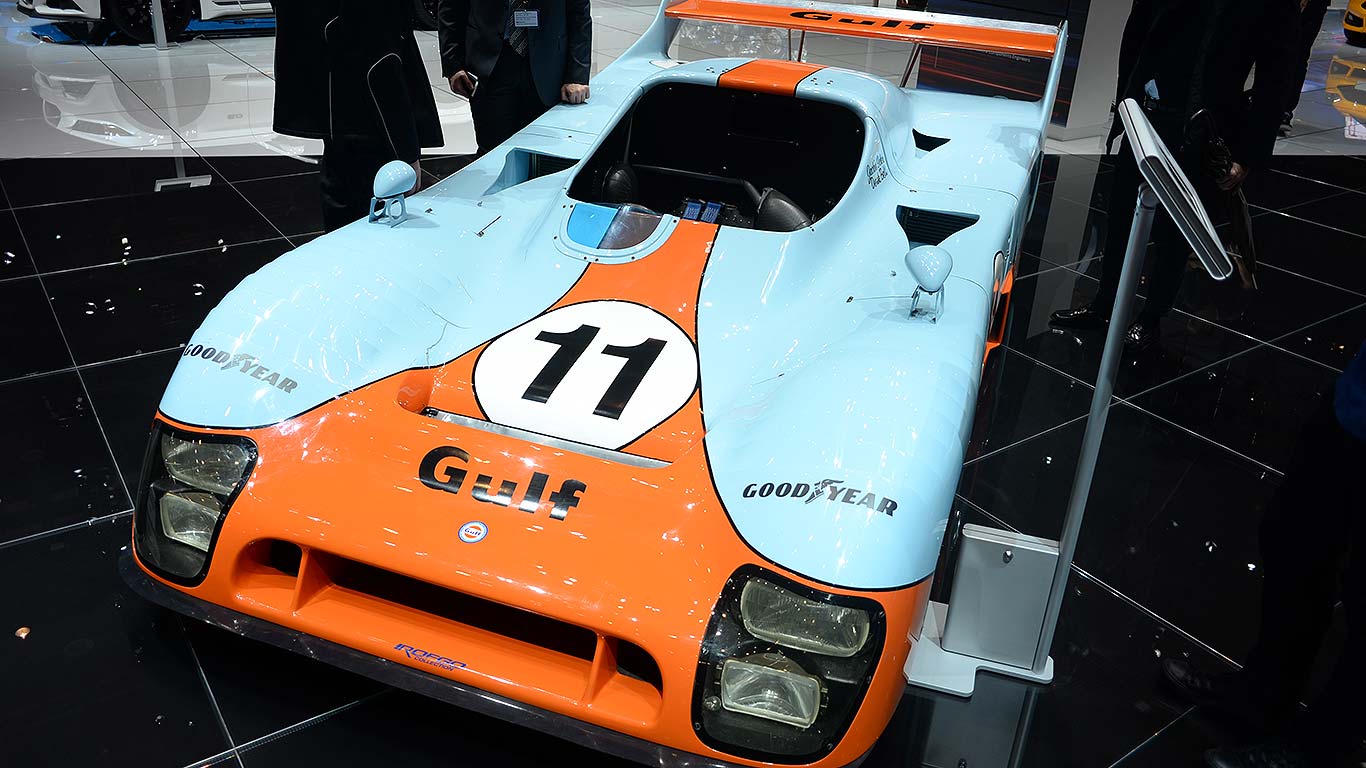 With Derek Bell and Jacky Ickx at the wheel, this Gulf Mirage GR8 won the 1975 Le Mans 24 Hours. It’s powered by a 3.0-litre Cosworth V8 engine developing some 375hp. 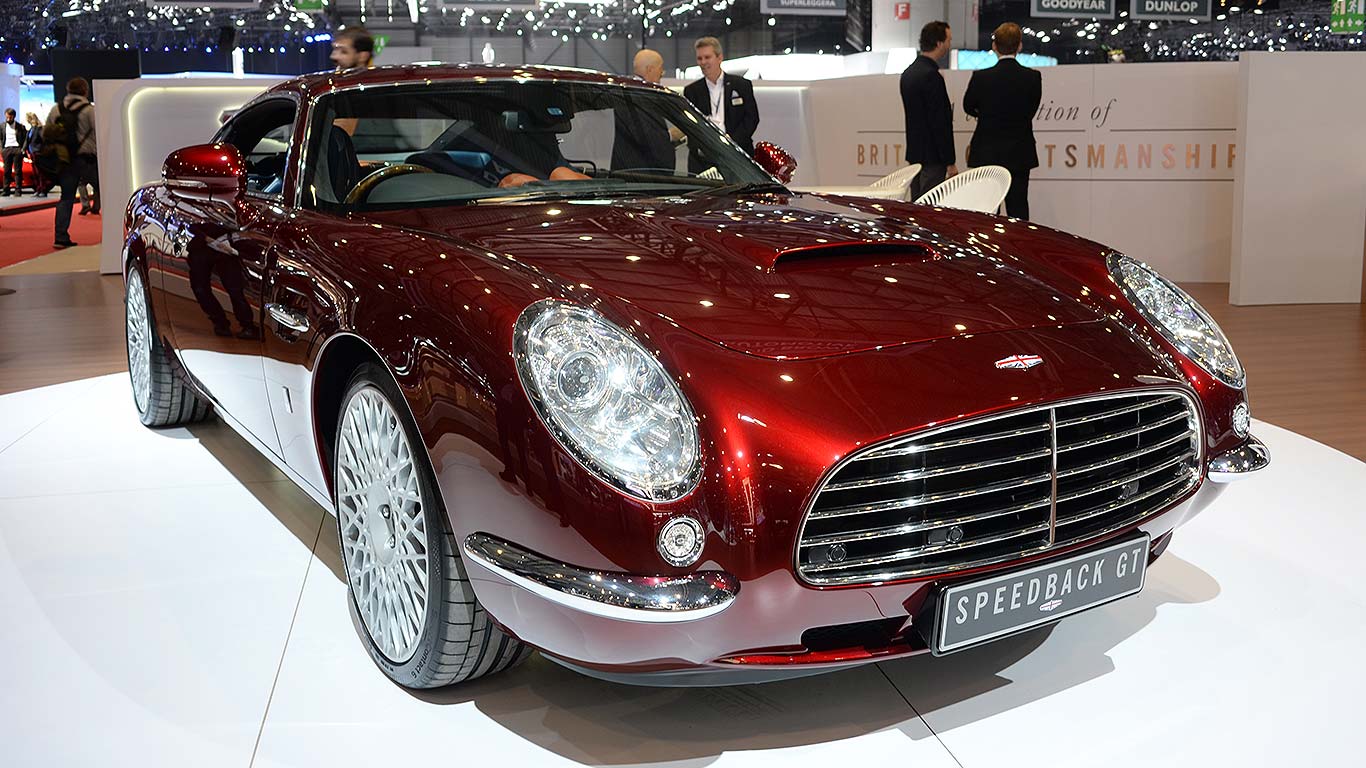 OK, so it’s not a classic or retro car, but the David Brown Speedback GT is a classically-styled grand tourer. David Brown Automotive has announced that it will be moving to a brand new manufacturing headquarters at Silverstone. As for the Speedback GT, it’s powered by a 5.0-litre V8 supercharged engine and has a top speed of 155mph. 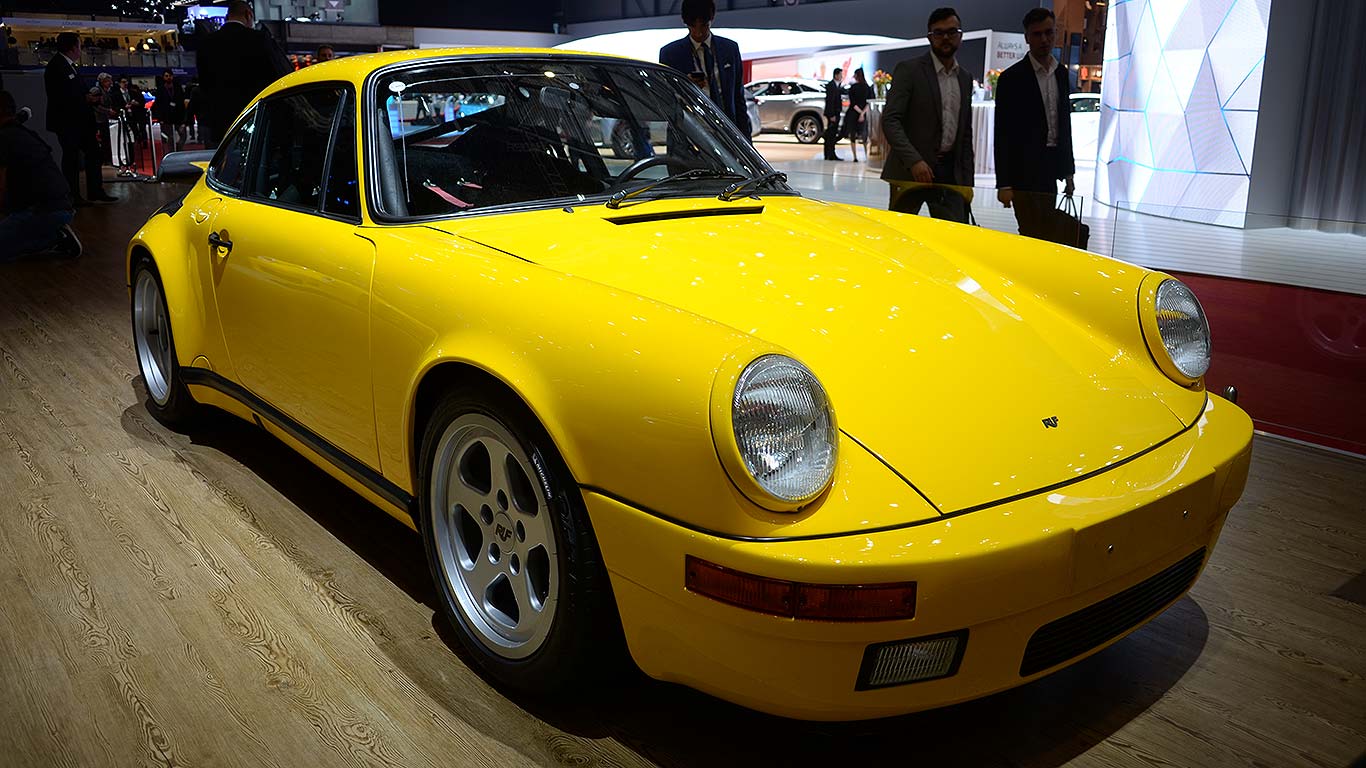 Ruf Automobile used the Geneva Motor Show to reveal the 2017 CTR, the first car it has designed and built in-house. It is, of course, a tribute to this original ‘Yellow Bird’ of 1987, a car worthy of the ‘iconic’ tag.