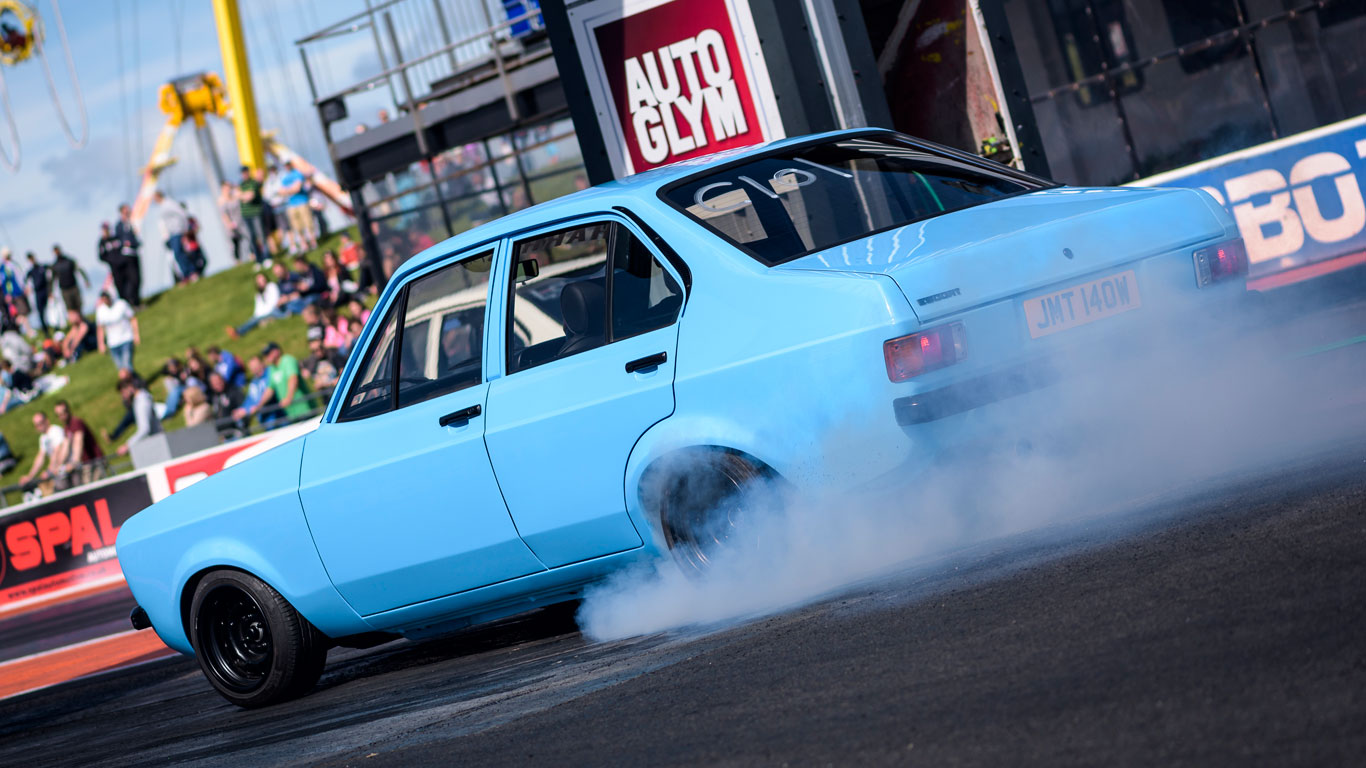 More than 10,000 classic Ford fans converged on the famous Santa Pod Raceway for the annual Classic Ford Show. This year around 1,200 cars were on display, ranging from concours restorations to highly-tuned performance weapons. We have the photos.

New for 2017, some of the UK’s best Ford-based dragsters took part in the ‘Face-Off’ competition. Split over two sessions, drivers were invited to set their quickest time, with the fastest cars going head-to-head in the showdown. 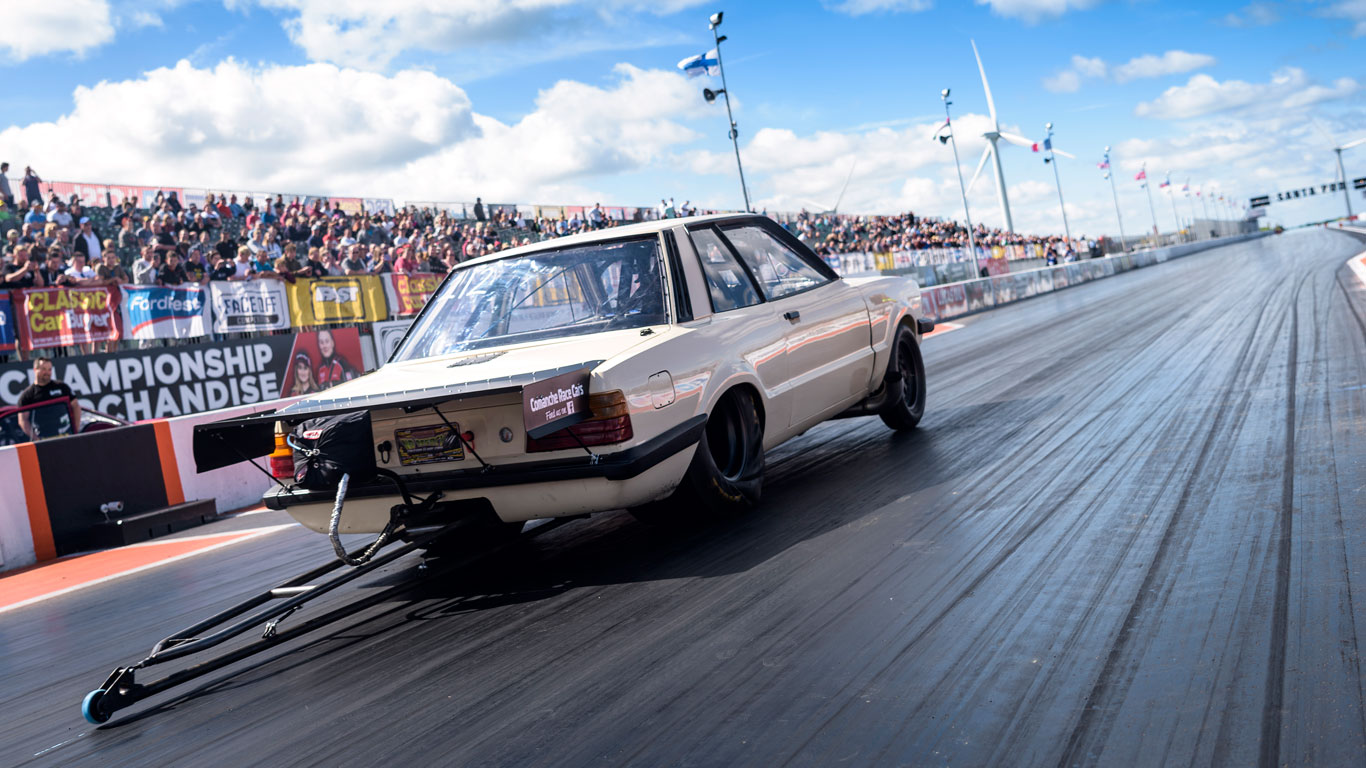 The winner was Paul Marston in his twin-turbocharged Ford Cortina. The Cordoba Beige Cortina is the ultimate sleeper, producing some 1,400hp, with the potential to deliver 2,500hp! According to Marston, it’s “potentially one of the top 10 fastest doorslammers in the country”. With a top speed of 168mph at Santa Pod, who are we to argue? 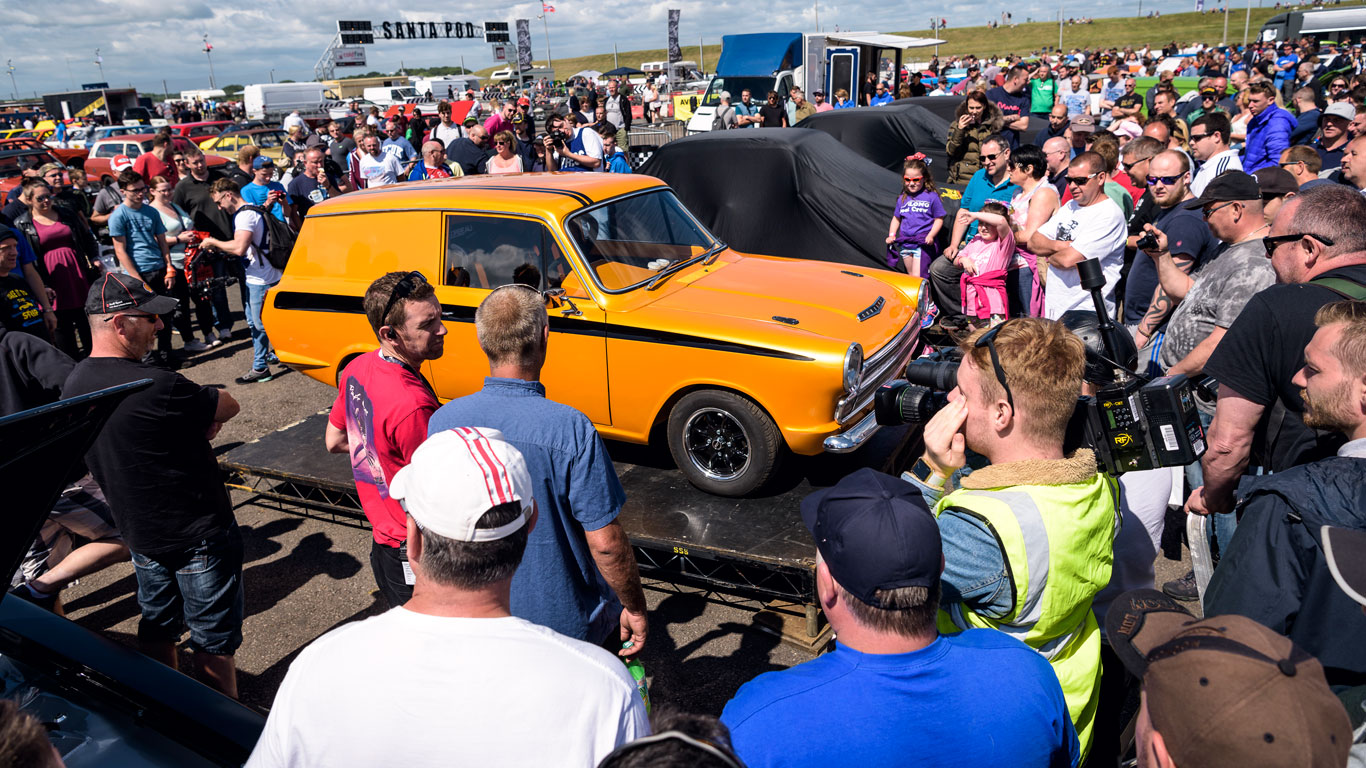 A Cortina of a different flavour, this Mk1 estate was converted into an ‘Estavan’ by owner Brian Twinn. It’s powered by a 2.0-litre 16v Zetec engine sourced from a Focus and custom touches include the modification from four- to two-doors and the bronze paint. 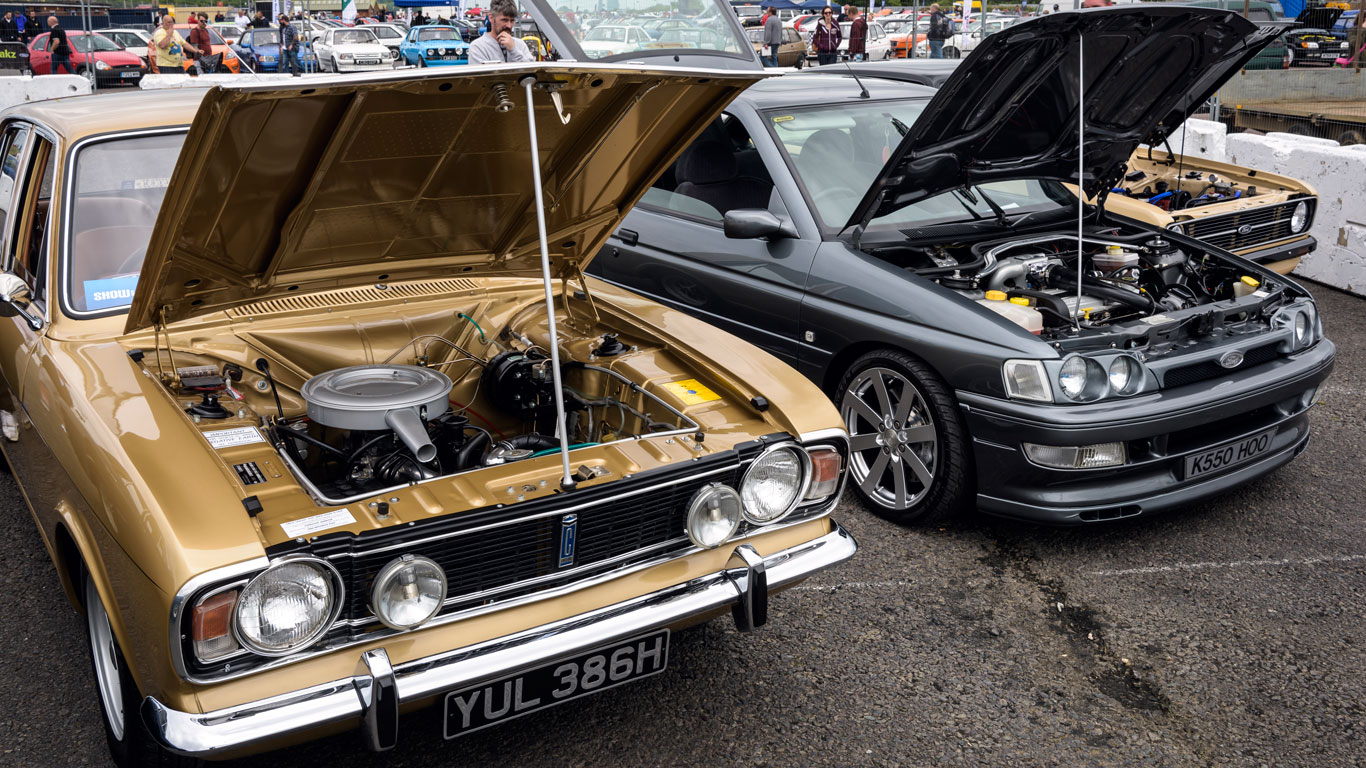 This immaculate Ford Escort was one of the stars of the show. Shaun Greatbatch’s Cortina drove away with the ‘Show and Shine’ award. 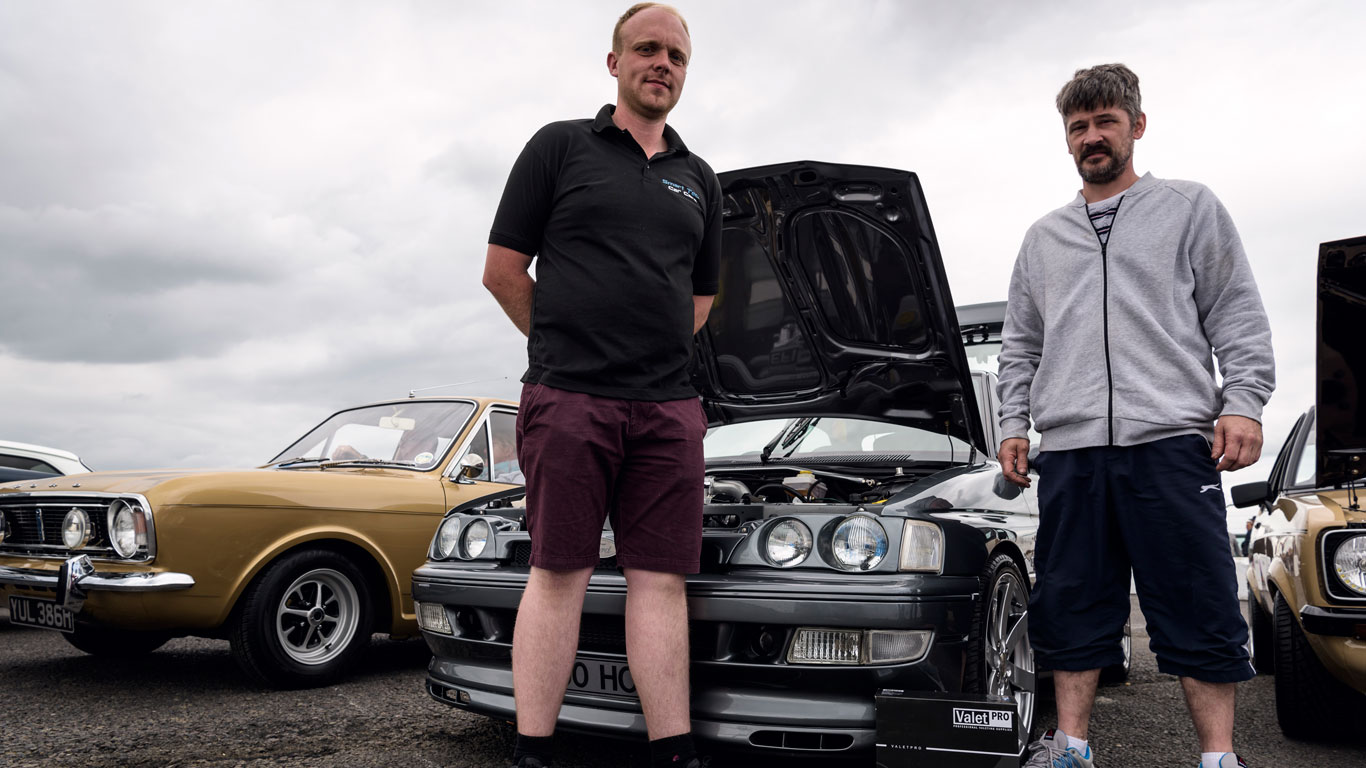 The ‘Show and Shine’ competition was dominated by the Ford Escort, with Damian Broersma’s RS Cosworth scooping second place… 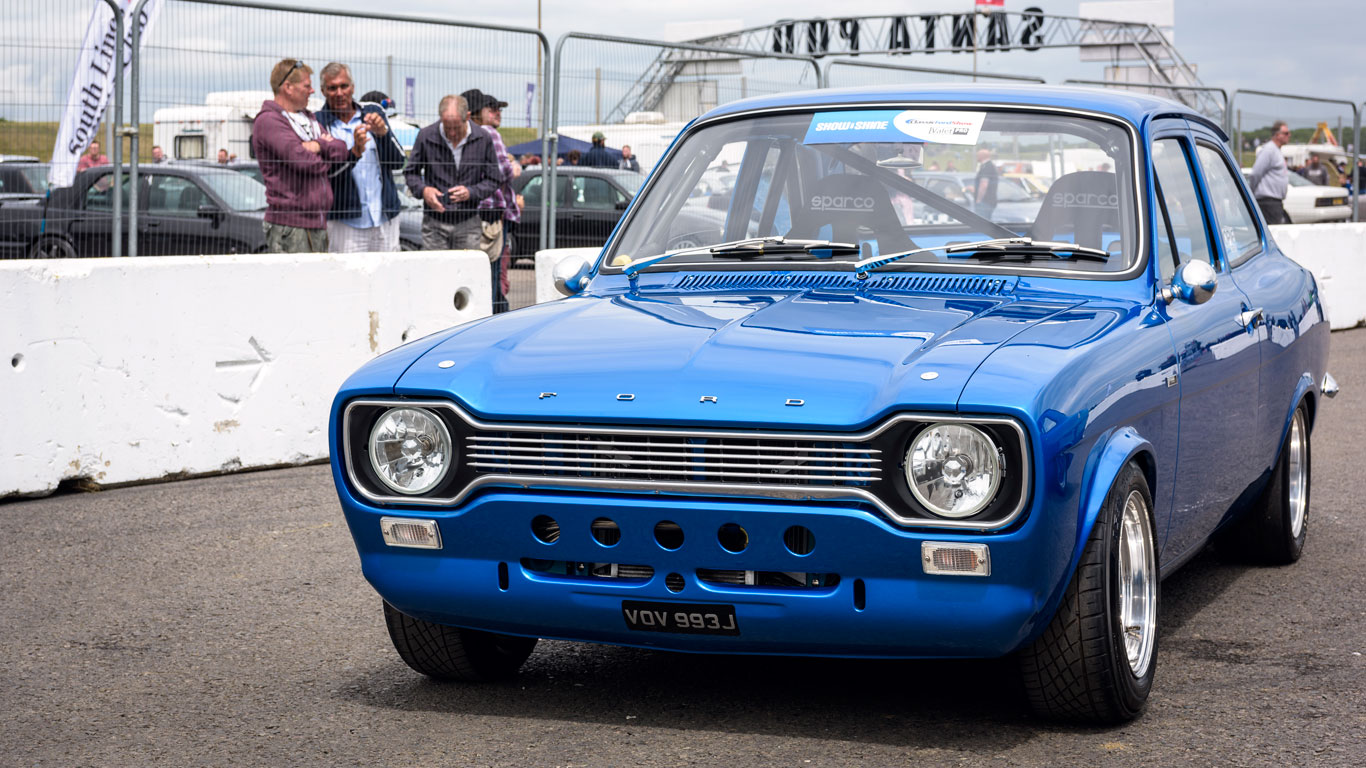 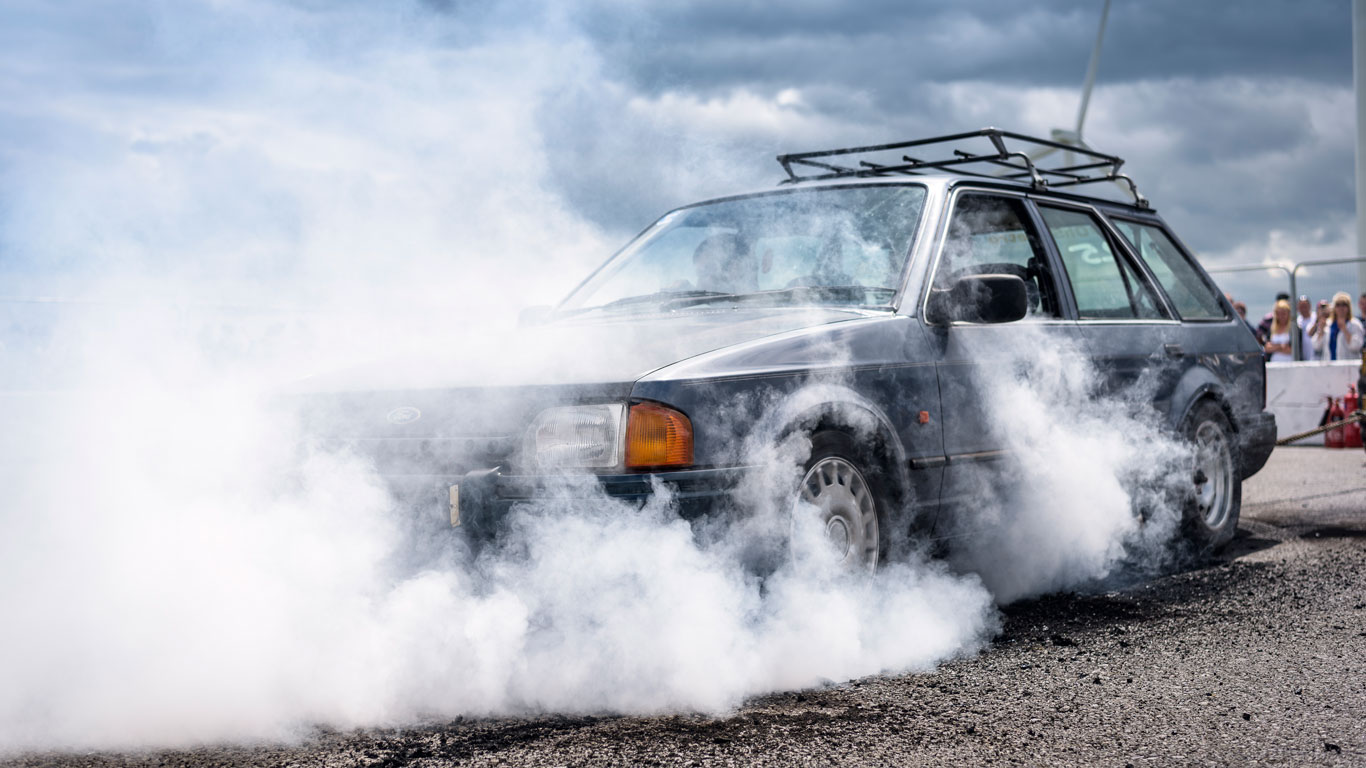 It wouldn’t be a fast Ford event without a cloud of tyre smoke. Look closely and you’ll discover a Ford Escort owned by Rhys Thomas, which just happened to win the burnout competition. 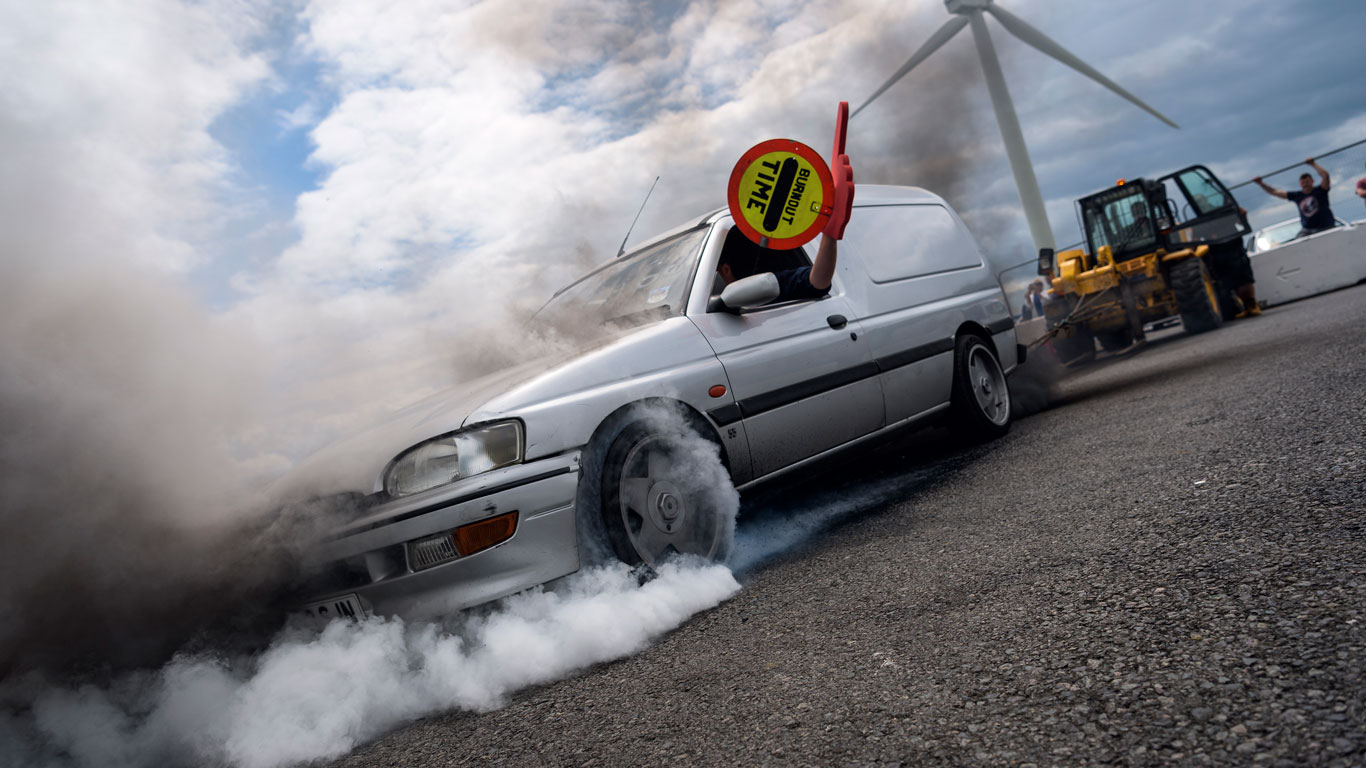 Anything a Ford Escort estate can do, an Escort van can do almost as well. We suspect this Escort 55 is hiding one or two tasty modifications. The burnout challenge was a new event for 2017 and open to any classic Ford owner who was not afraid to destroy a pair of tyres. 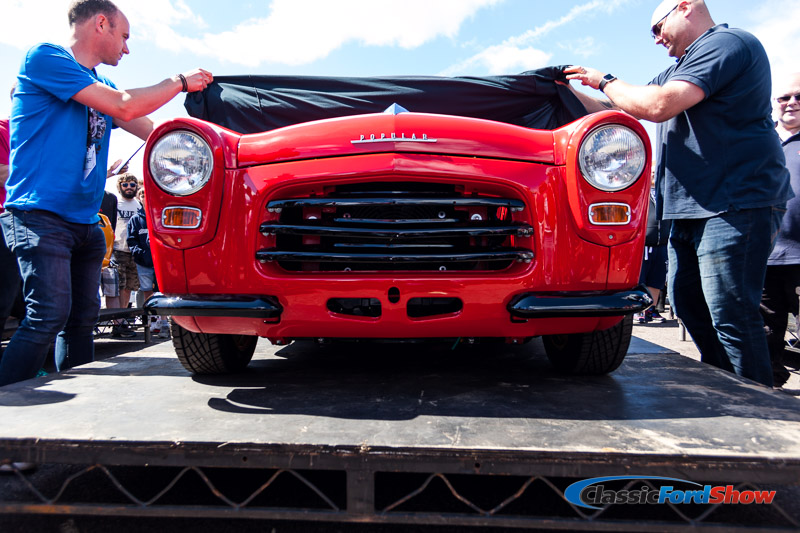 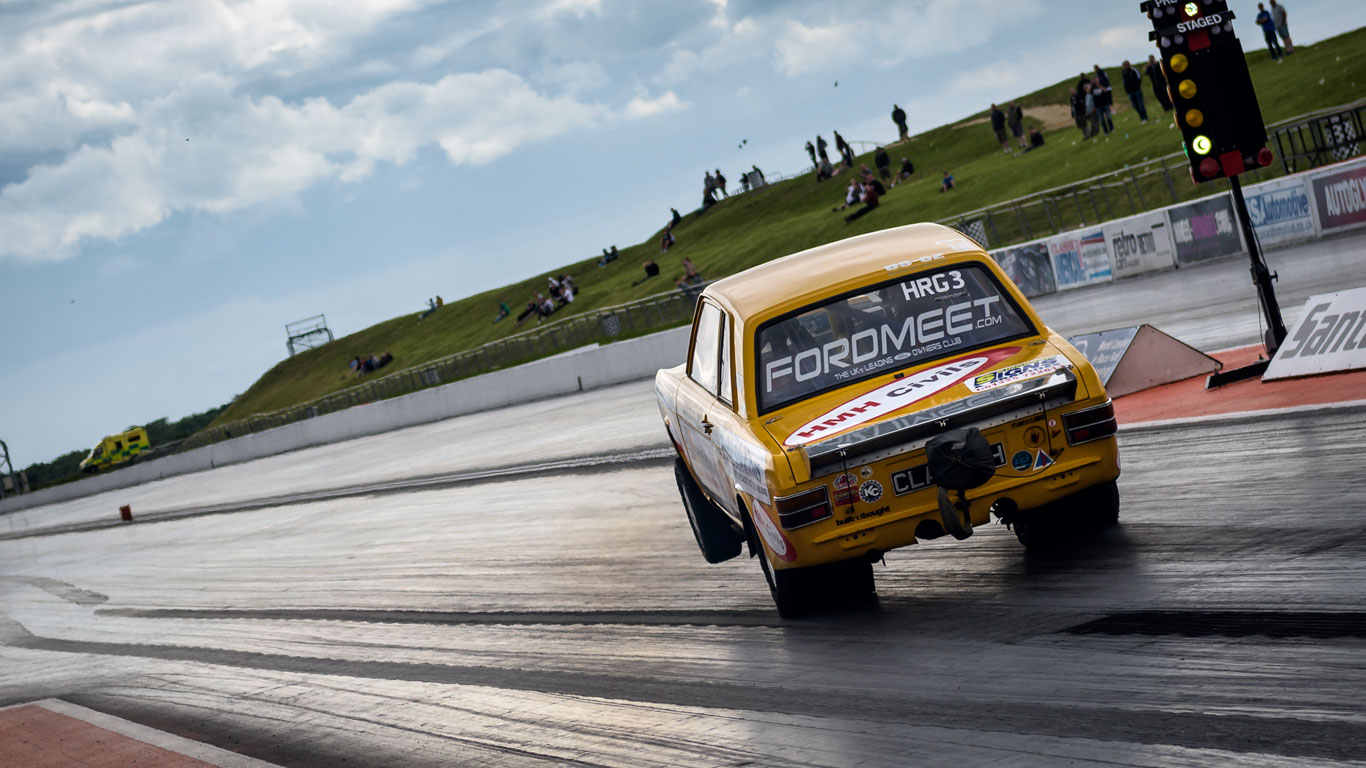 Stick a V8 engine in a Ford Cortina Mk2 and this is the result. Ian Walley produced one of the greatest spectacles at this year’s event.