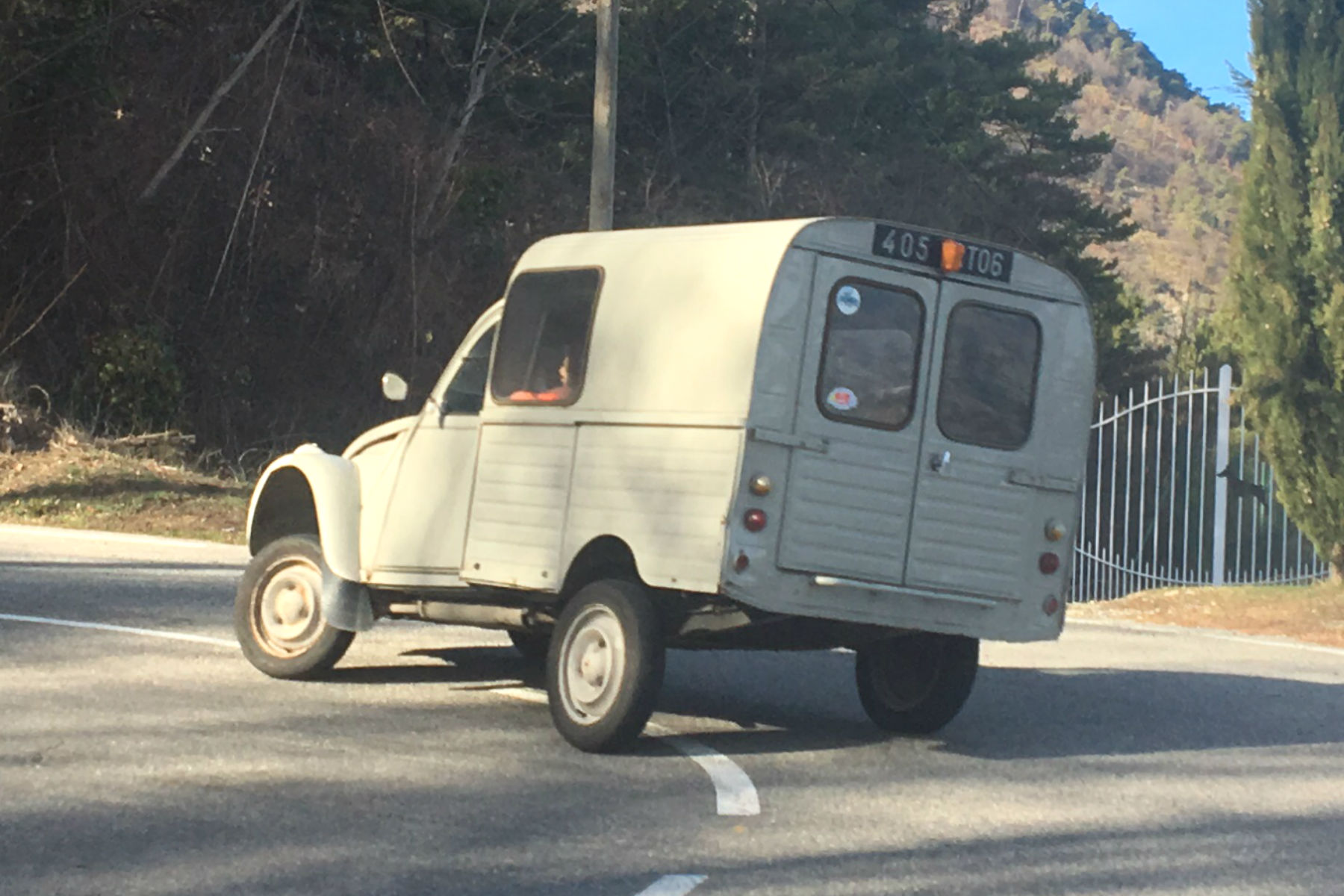 The new Volkswagen Up GTI’s 115hp three-cylinder petrol engine is perky enough that you don’t have to be a particularly skilled driver to drive it fast along a twisty, hairpinned road in the South of France. I should know, I tried it earlier this week.

But what was really impressive, while driving along said road, was eventually catching up with an enthusiastic local in a Citroen 2CV van.

Now, anyone who knows anything about the 2CV will know that its long-travel suspension means you can get some pretty impressive body lean in the corners. But equally, its lack of power means you have little choice but to maintain momentum through corners, especially when travelling uphill.

There’s nothing faster on rural, French roads that a cigarette-smoking local, and that’s what exactly what we came across yesterday. His commitment to getting up the hill was incredible – to the point that he nearly ran out of road at one point. Even then, he refused to lift.

Anyway, the video tells the story better than words can. Enjoy…