Revealed: the cars you viewed online in 2019

We reveal the most popular new and used cars of 2019, based on the number of advert views on the Auto Trader website 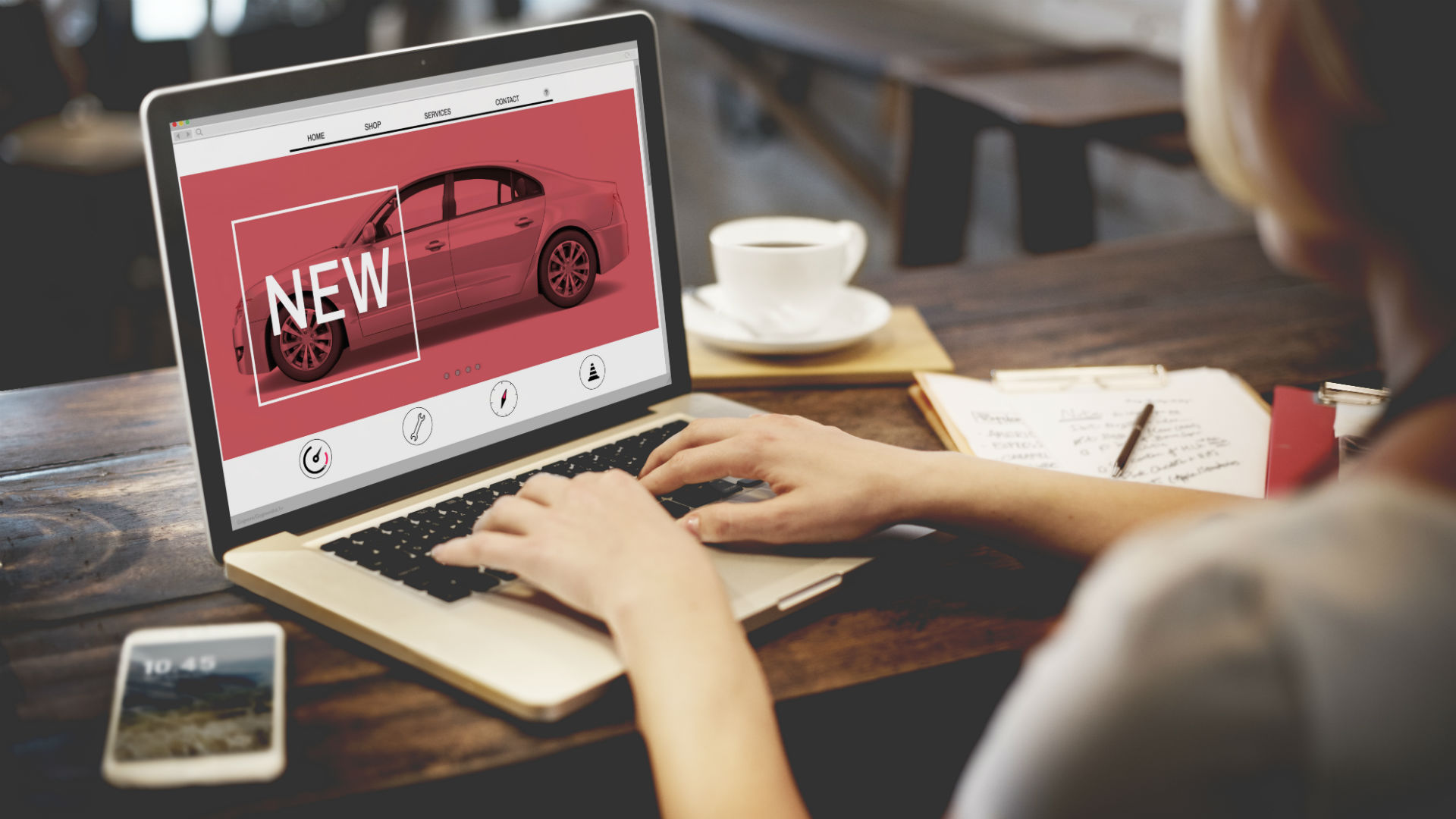 If you’re anything like us, you’ll spend too much time window shopping new and used cars online. But have you ever stopped to wonder if some cars are far more popular than others? 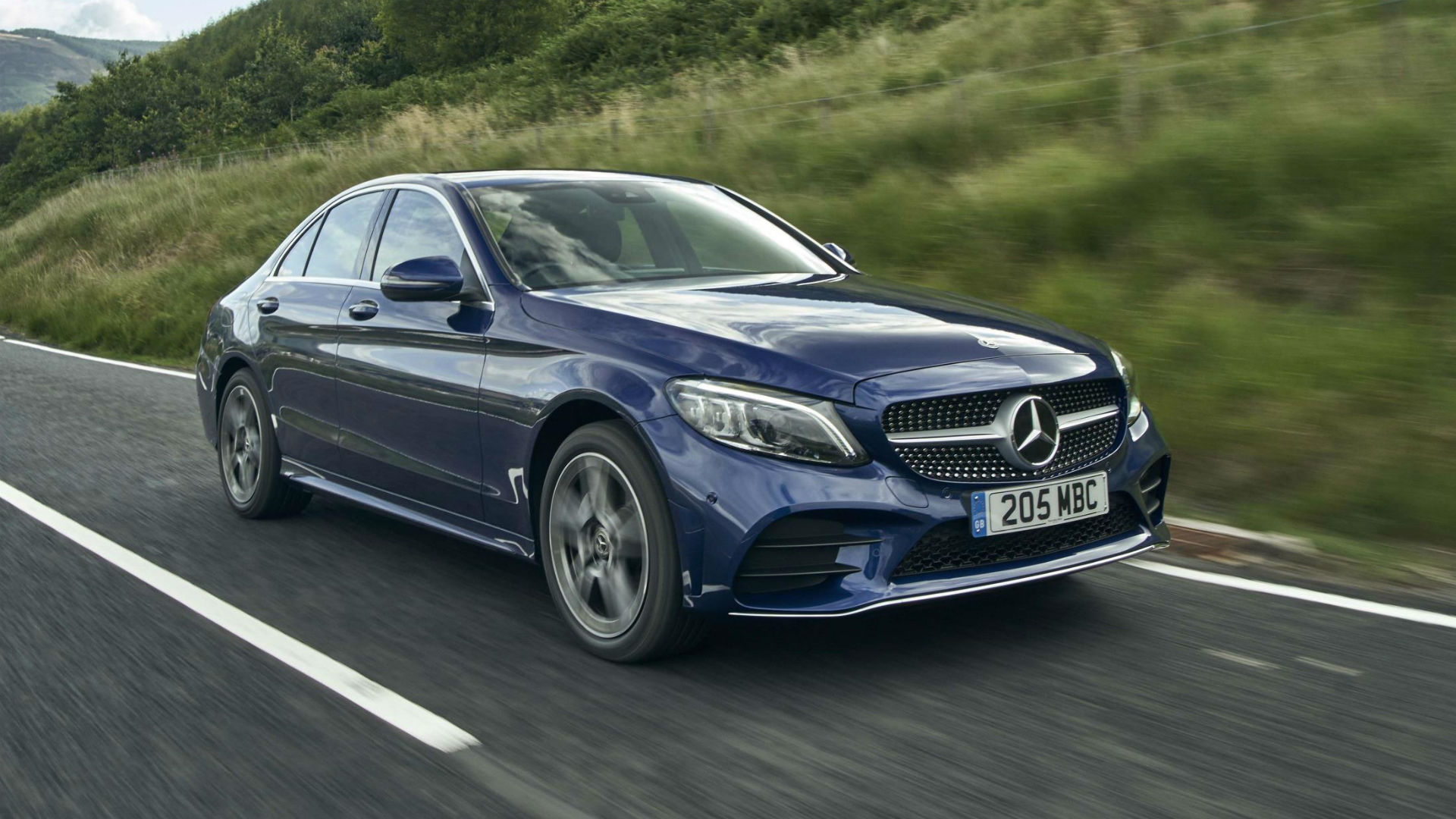 Commenting on the results, Auto Trader’s commercial director, Ian Plummer, said: “Volume brands continue to be more successful in terms of physical sales, particularly within the used market, however when it comes to the most popular on our marketplace, the premium German brands dominate.” The Mercedes-Benz C-Class was the 10th most popular new car of 2019. 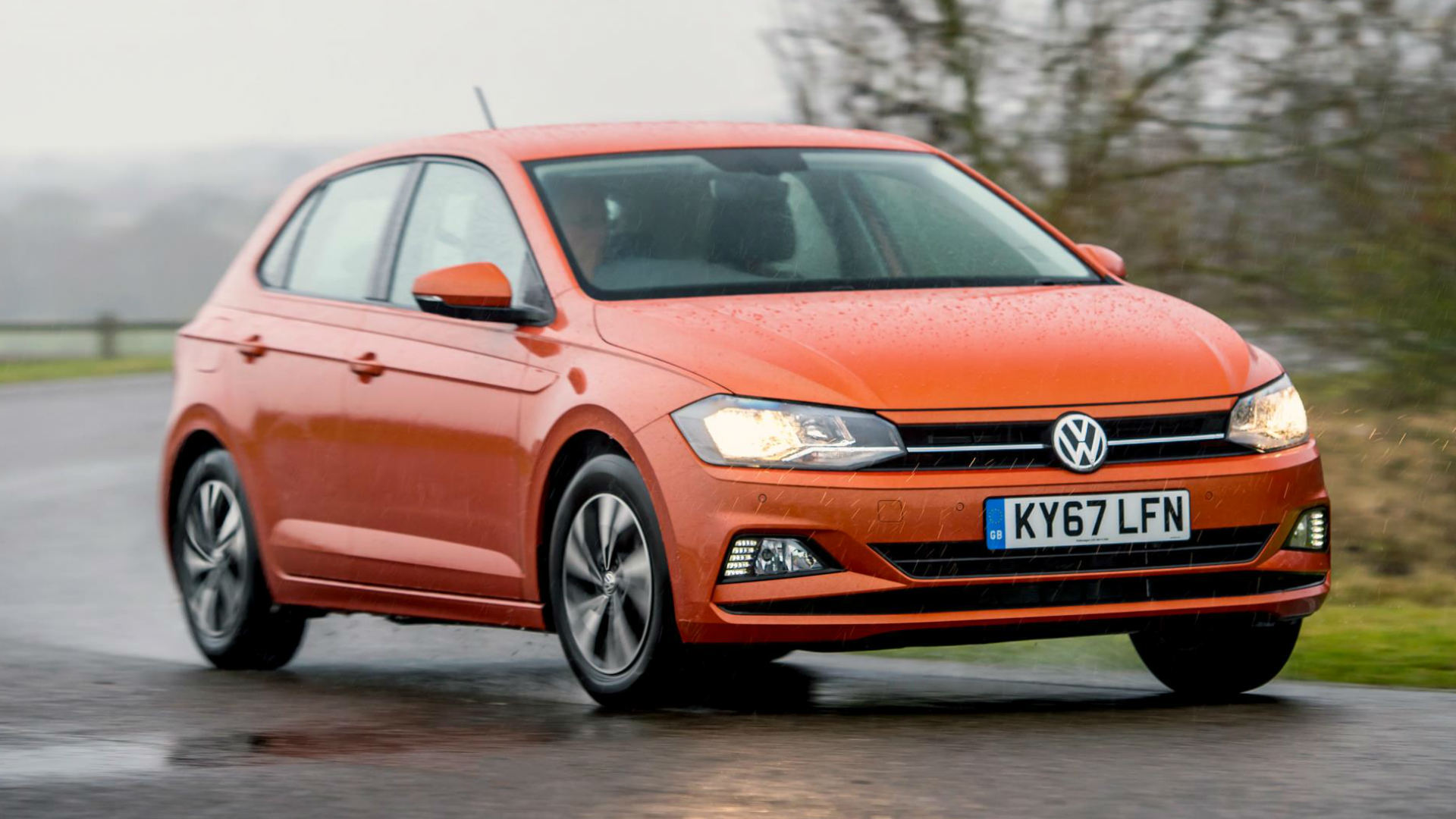 “As finance accounts for over 90 percent of all new car sales and circa 30 percent of used, these more expensive models are becoming increasingly more accessible to a broader range of car buyers. As such, it’ll be interesting to see how the volume brands will be able to maintain their lead.” The Volkswagen Polo is a popular supermini, so it’s no surprise to find it in ninth place. 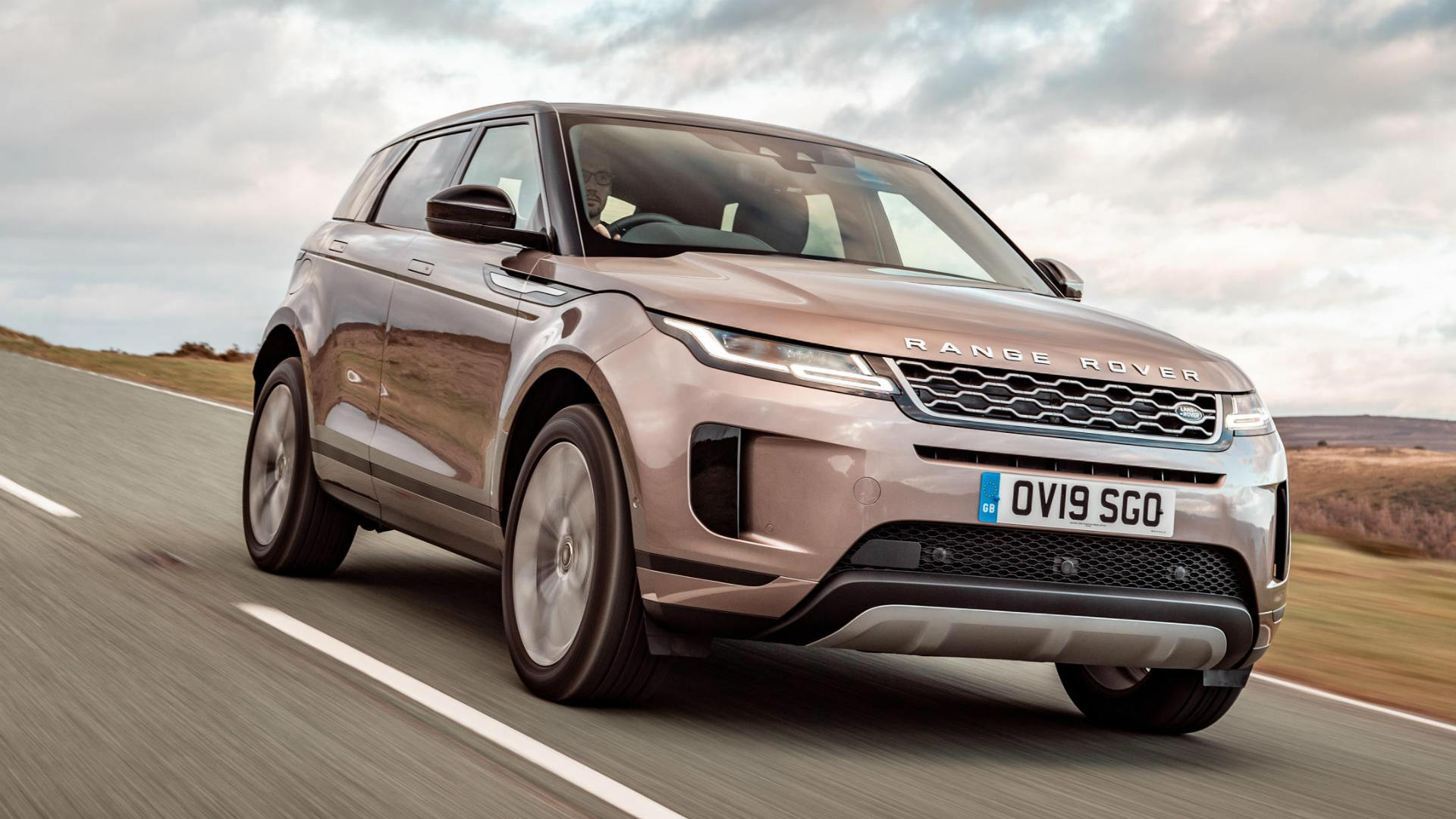 We’re constantly being reminded about the popularity of SUVs, but they account for only 30 percent of the new car top 10. Amazingly, all three are from the Land Rover stable, including the Range Rover Evoque. A new and improved version arrived last year. Richard Aucock’s verdict: “Like the original. Only better. Just as the customer ordered. Let’s watch the orders flood in.” 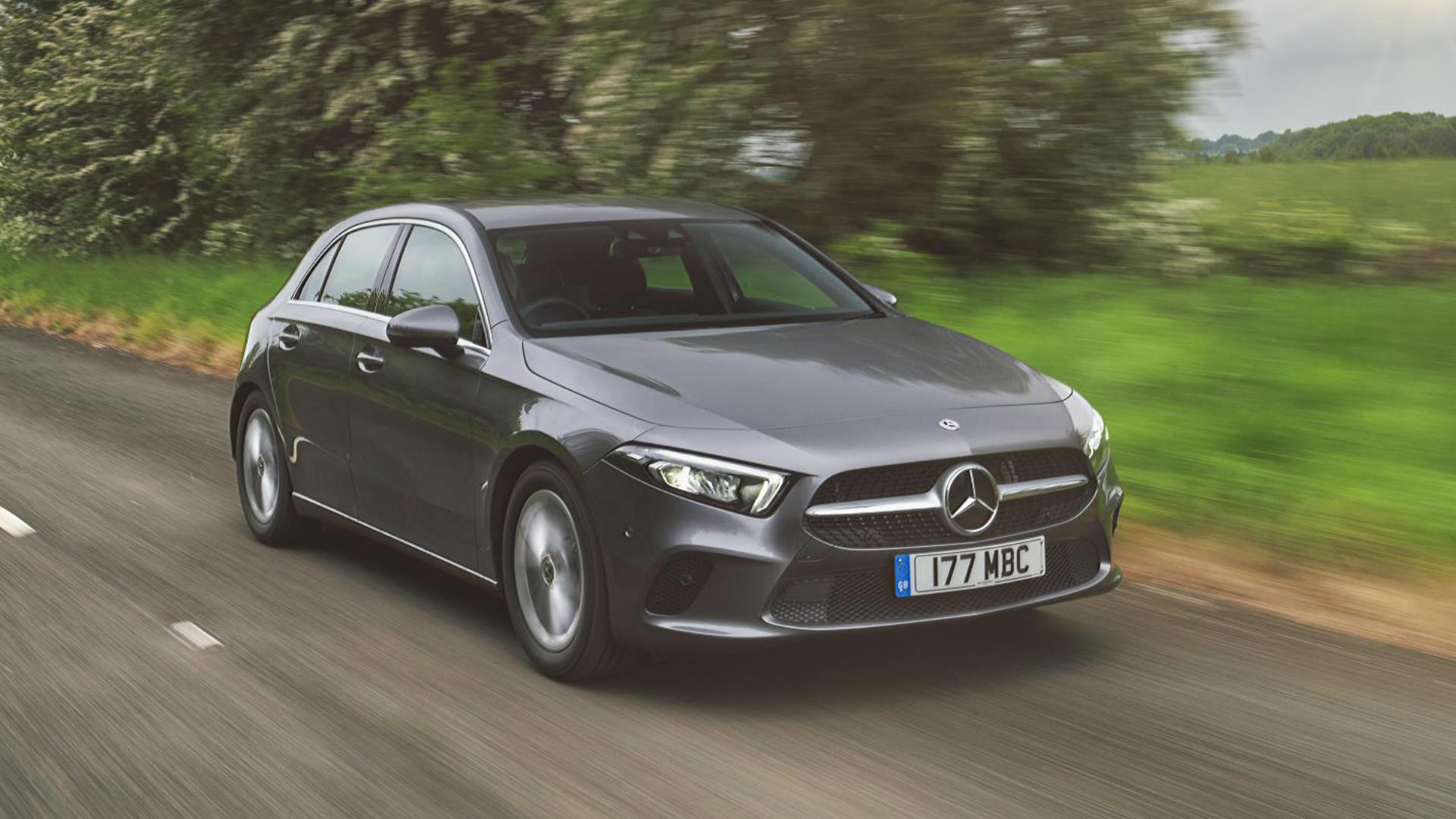 The new Mercedes-Benz A-Class is a vast improvement over the old model, which probably explains why so many people searched for one in 2019. Richard Aucock is a fan. After his first drive in 2018, he praised its styling, class-leading interior and brilliant infotainment system. 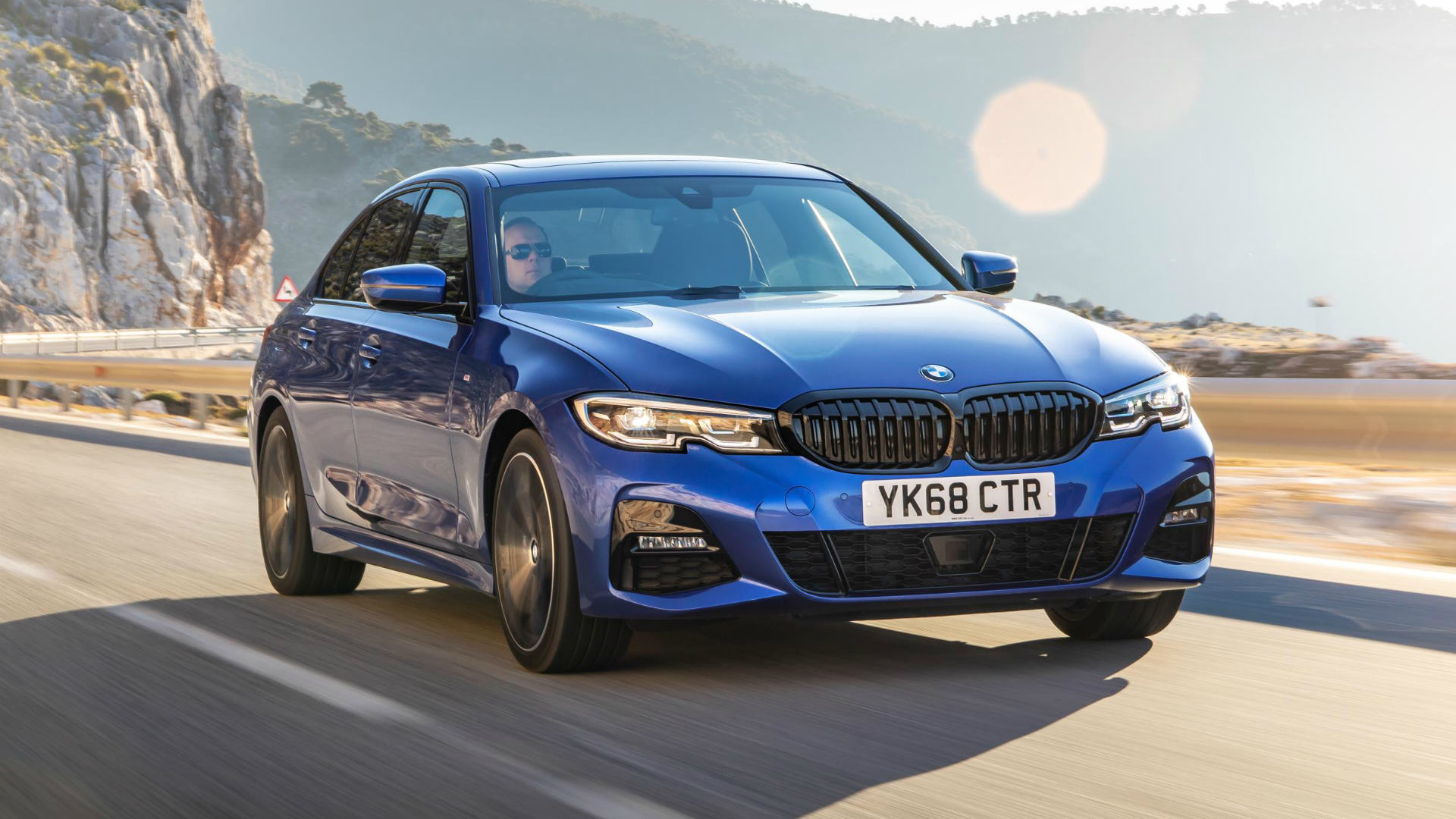 Like the A-Class, online views of the BMW 3 Series would have been boosted by the arrival of the new model. Prices start from £32,500 for the saloon and £34,000 for the estate (Touring). It’s that man Richard Aucock again, this time with his verdict on the new 3 Series Touring. “BMW has successfully transferred its 3 Series saloon market leadership into the estate car sector.” 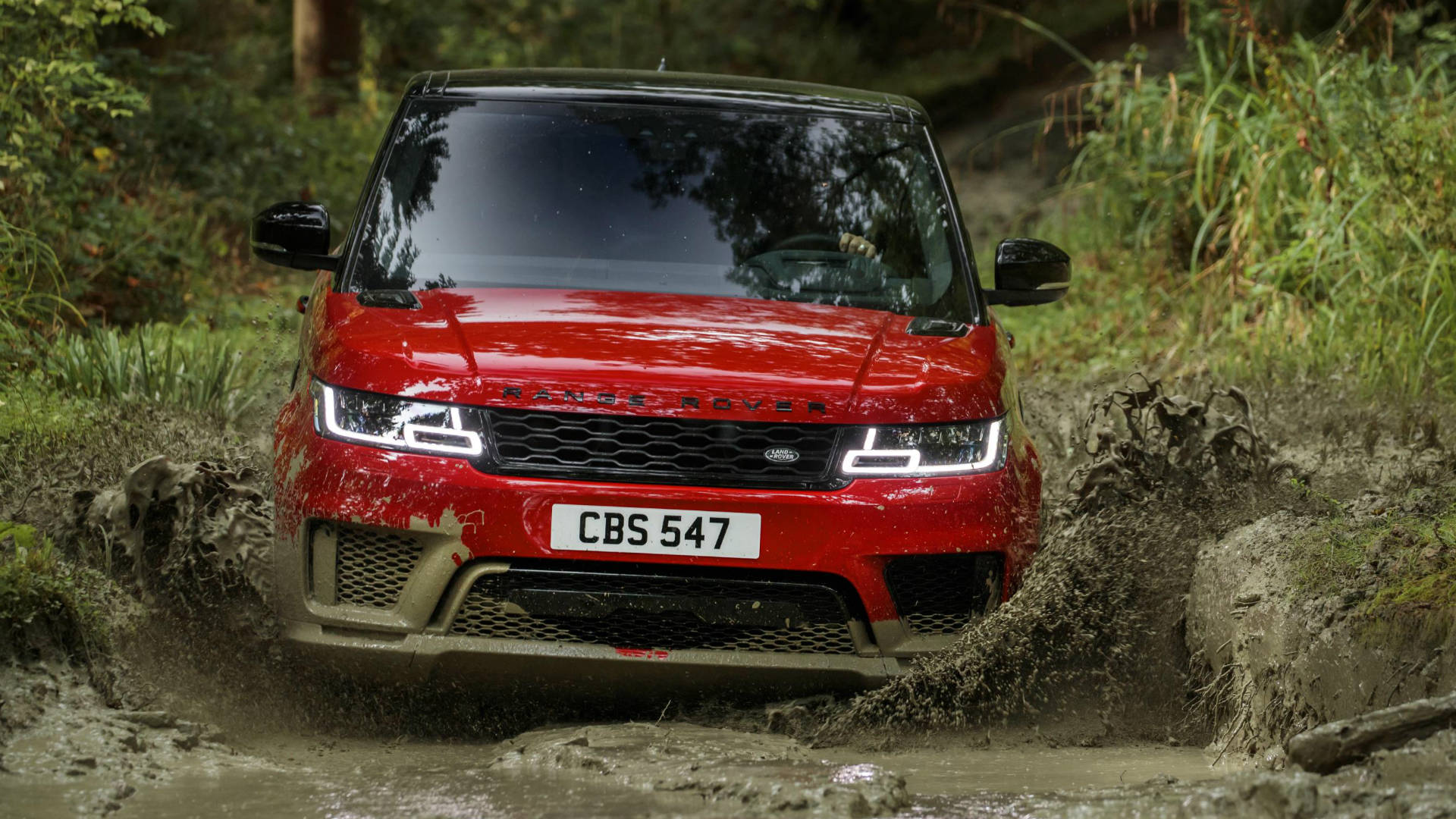 It’s a while since Richard has driven a Range Rover Sport – it was back in 2015, to be precise – so we won’t garnish this gallery with his words. But it’s clear that the public remains in love with the Sport. Either that or there’s a high concentration of Auto Trader viewers in Cheshire. What else does a Premier League footballer do on his day off? 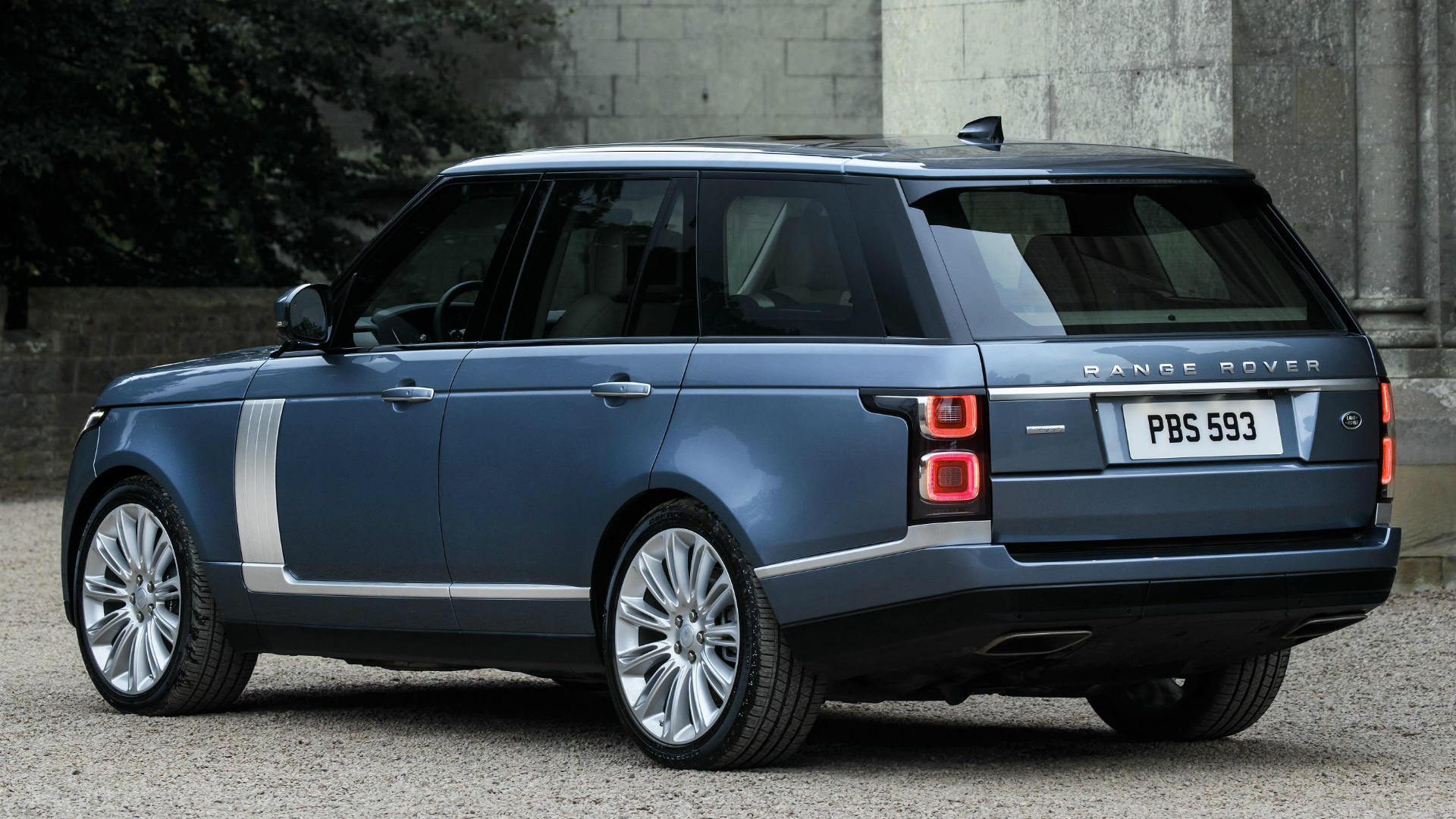 Given the popularity of EVs, the Range Rover is starting to look like a square peg in a round hole. Indeed, Auto Trader witnessed a 78 percent surge in the number of views for electric car adverts in 2019. It’ll be a while before an electric car nudges the Range Rover off its perch, but give it time… 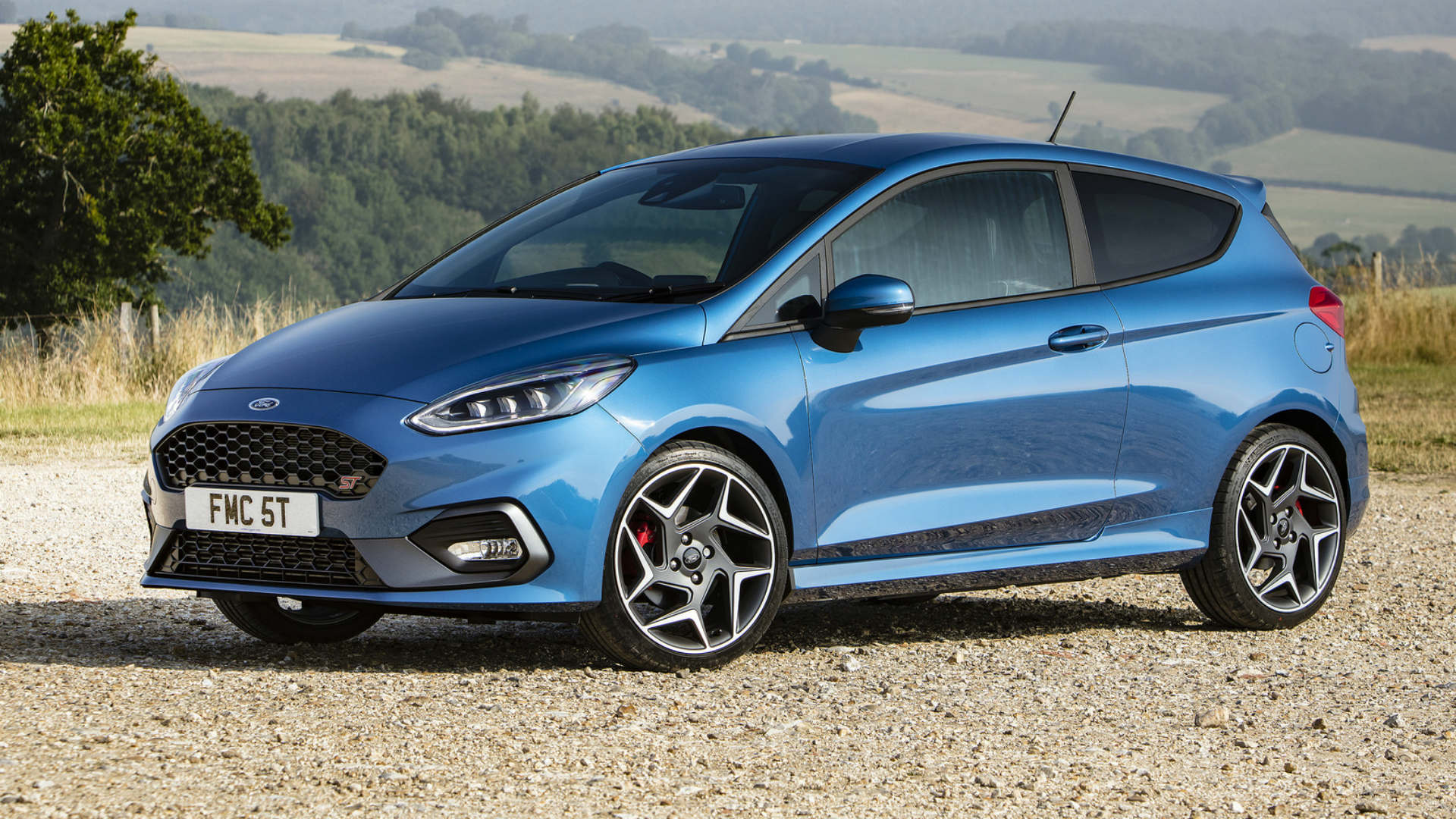 Spoiler alert: there are no surprises at the top of the table. The cars occupying the top three positions are predictable – it’s just a matter of placing them in order. The Ford Fiesta finishes third, but remains the UK’s most popular new car in terms of registrations. 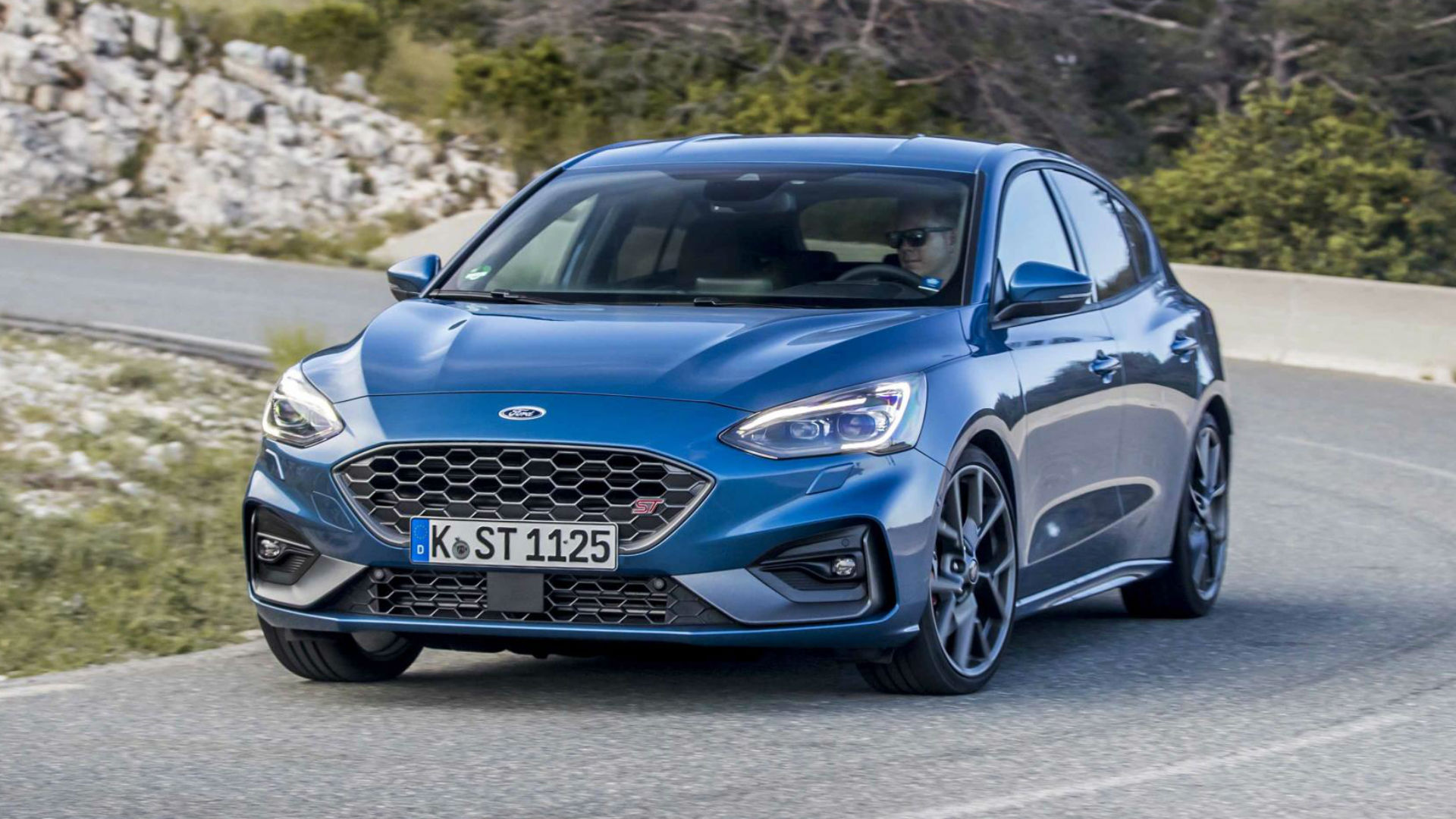 The Ford Focus grabs second spot, which leaves us with one car… 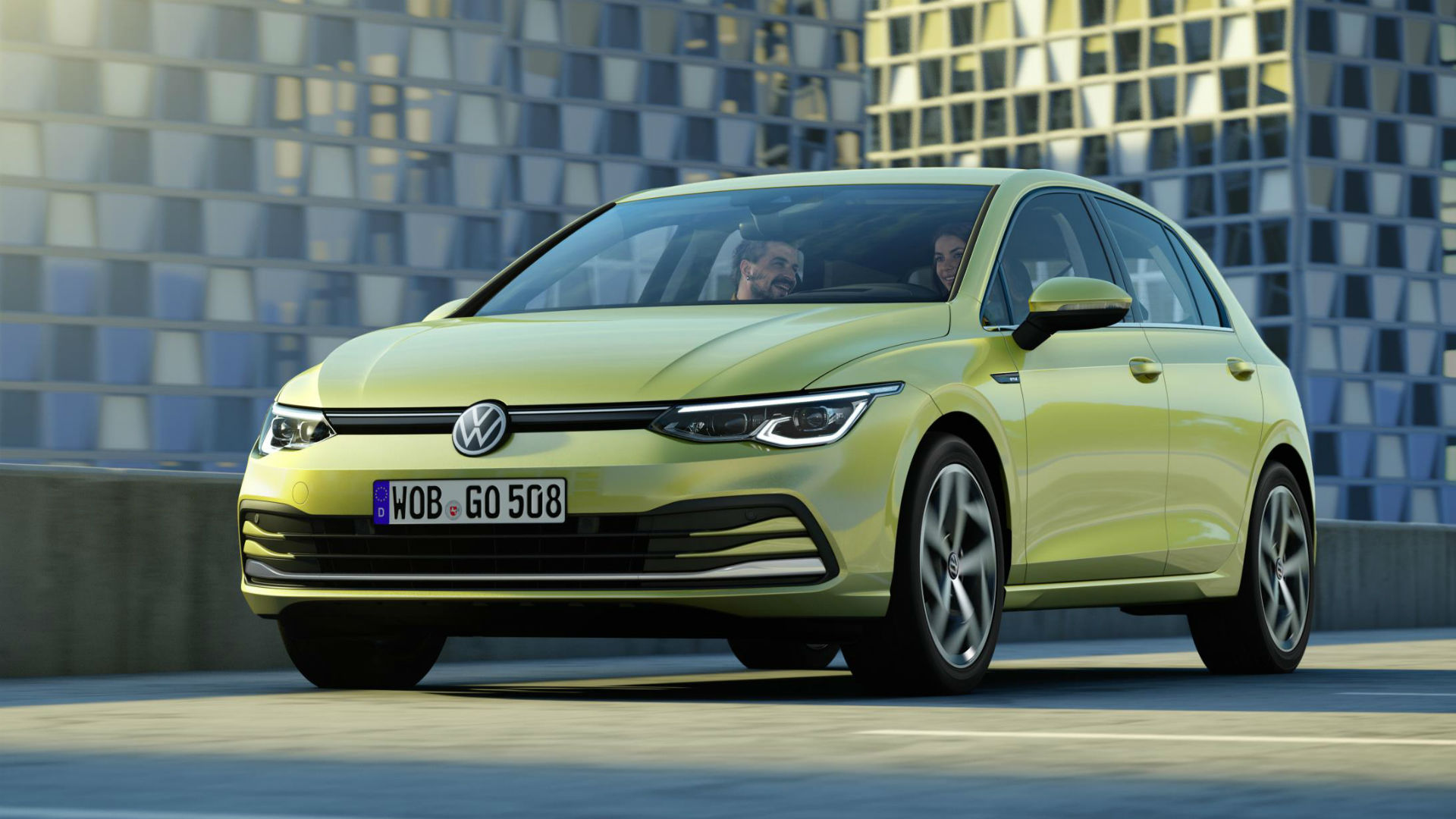 It’s the Volkswagen Golf. We’d expect to find it here again in 2020, not least because of the arrival of the new eighth-generation model (pictured). Richard Aucock hasn’t driven it, but Tim Pitt has. He likes it. In conclusion, he said: “Much has changed, but the Golf still feels like the benchmark in its class.” 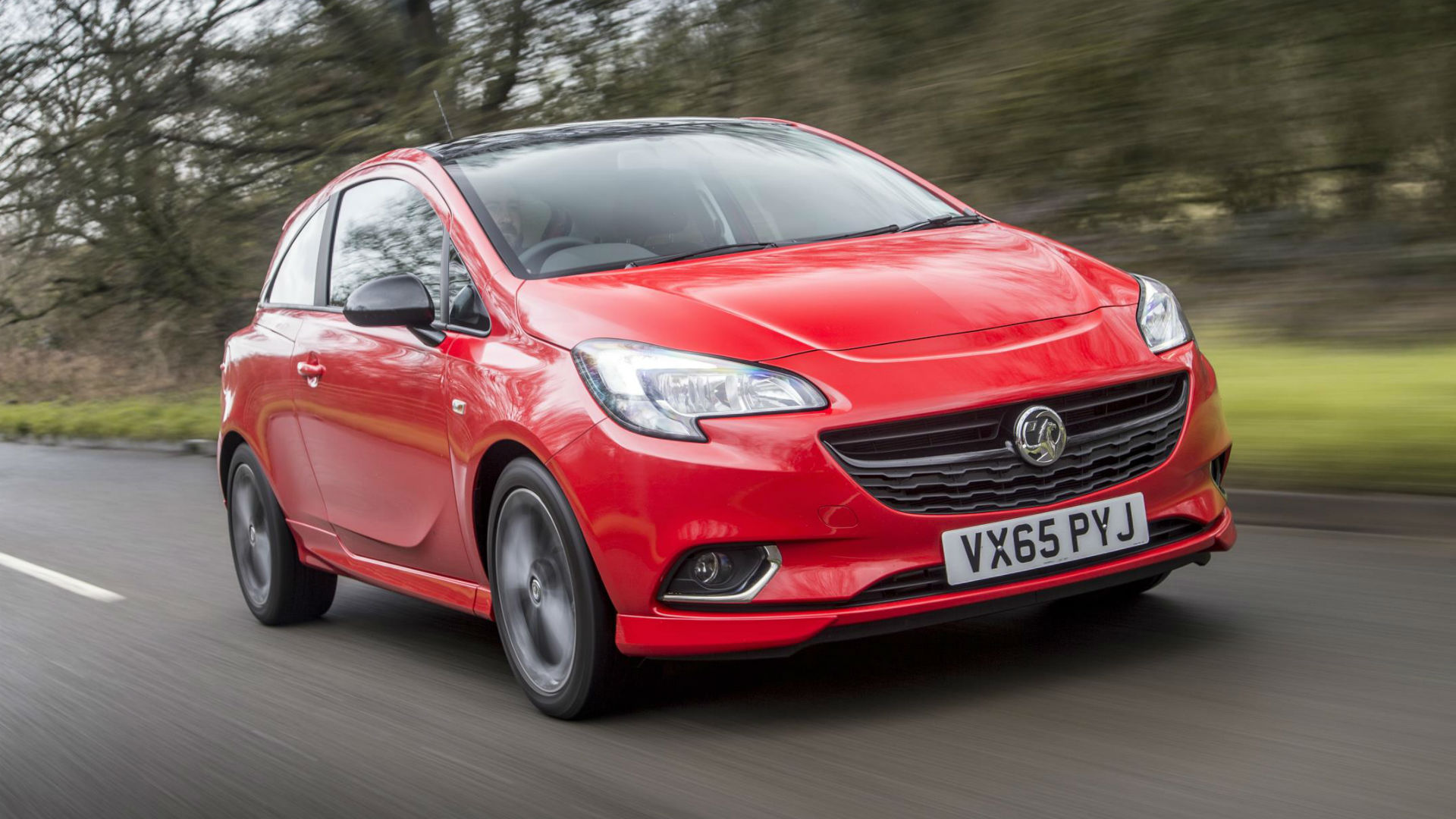 Next, we move on to the most popular used cars. Historically, we’ve associated Auto Trader with pre-owned cars – a link back to the days of the weekly magazine. The Vauxhall Corsa is propping up the top 10. Did you know that the classifieds section of the Auto Trader website saw two and a half billion views in 2019? We’re responsible for at least half a billion… 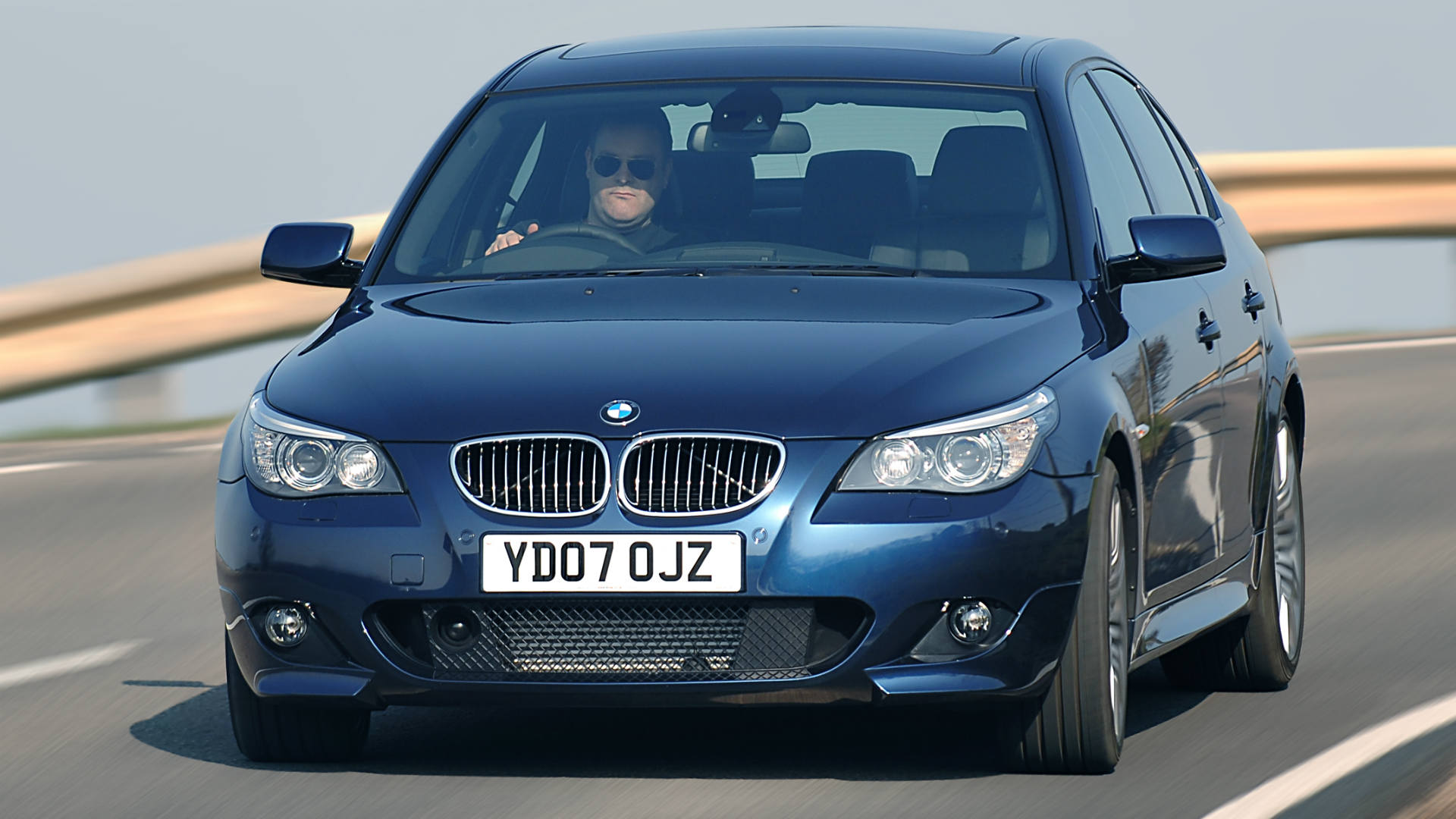 The 5 Series is one of three BMWs in the top 10 used cars. In terms of the overall most popular brands, the premium German brands romped home to victory. Indeed, BMW finished first on the used car list, followed by Audi and Mercedes-Benz. 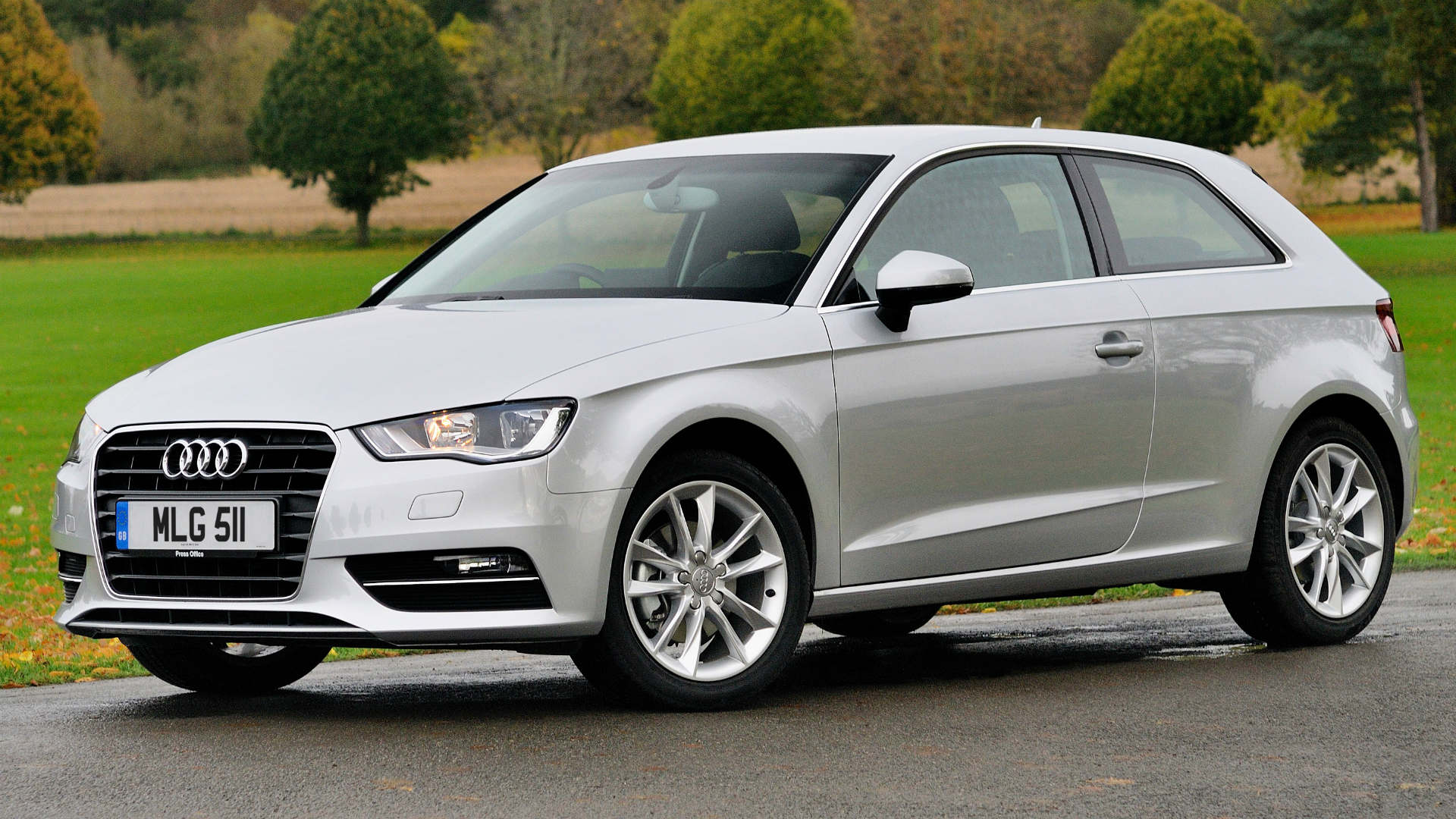 Speaking of Audi, here’s the A3. In Europe, the Audi A3 jostles for position with the Mercedes-Benz A-Class as the most popular premium hatchback. Interestingly, in a not very interesting kind of way, the A-Class doesn’t make the used car top 10… 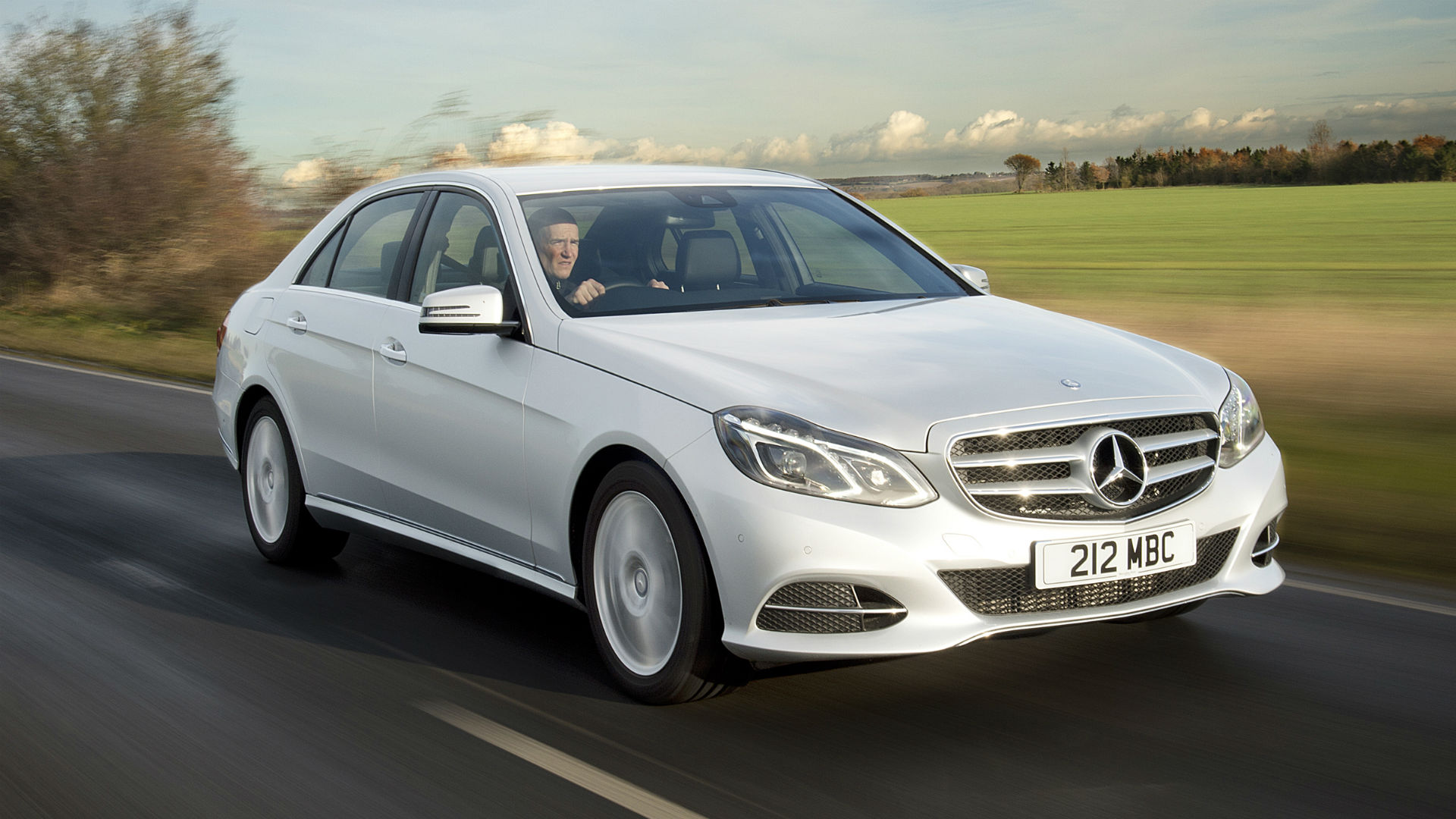 But the E-Class does. The Mercedes-Benz E-Class offers something for all – assuming you have deep pockets. Whether you’re after a saloon, estate, cabriolet or coupe, the E-Class has you covered, while the All-Terrain and AMG models are on hand to cater for the niche sectors. 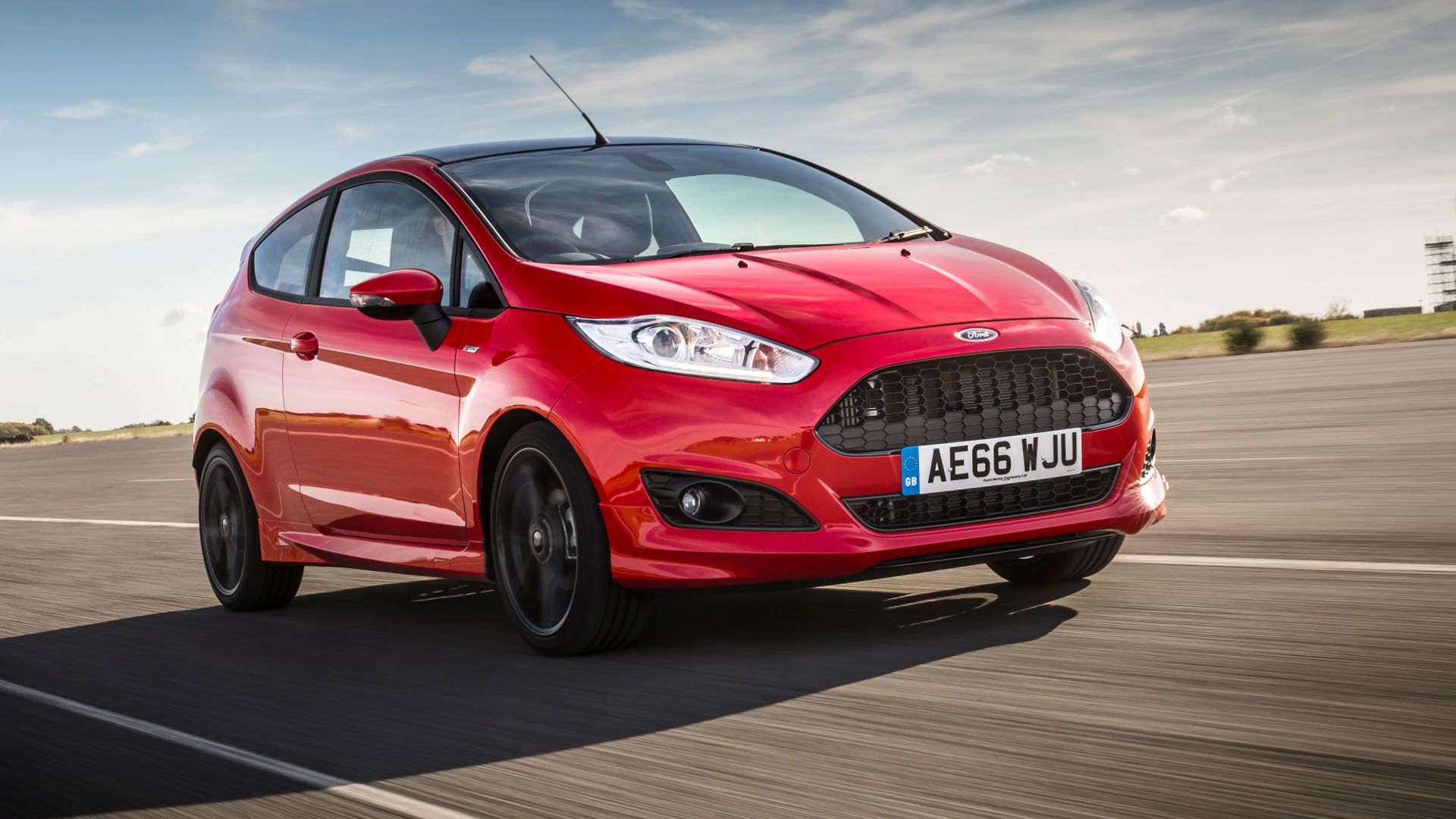 The Ford Fiesta can only manage sixth place on the used car list. 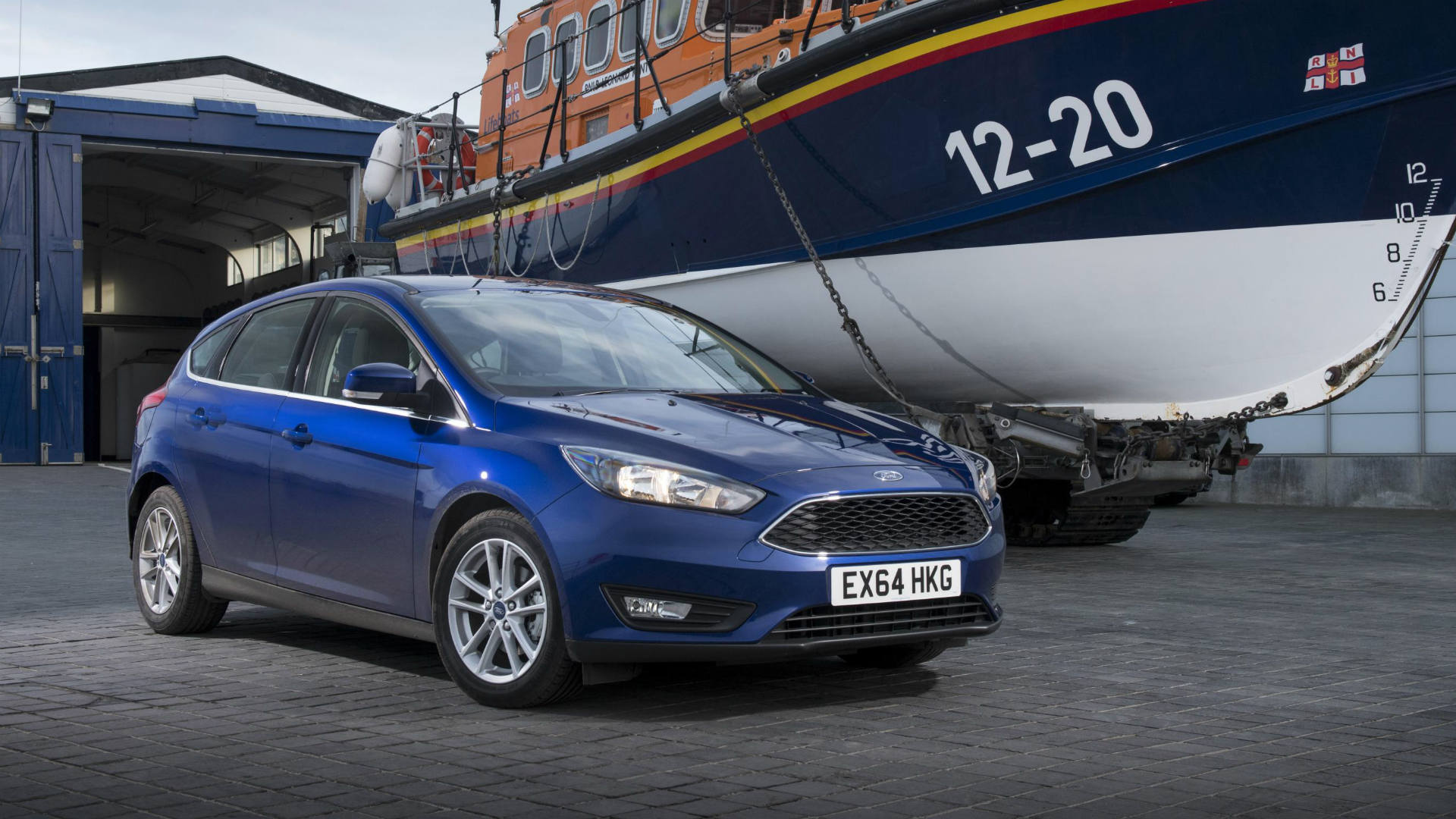 The Fiesta is followed by the Ford Focus, which leaves the rest of the top 10 to be occupied by the Germans. 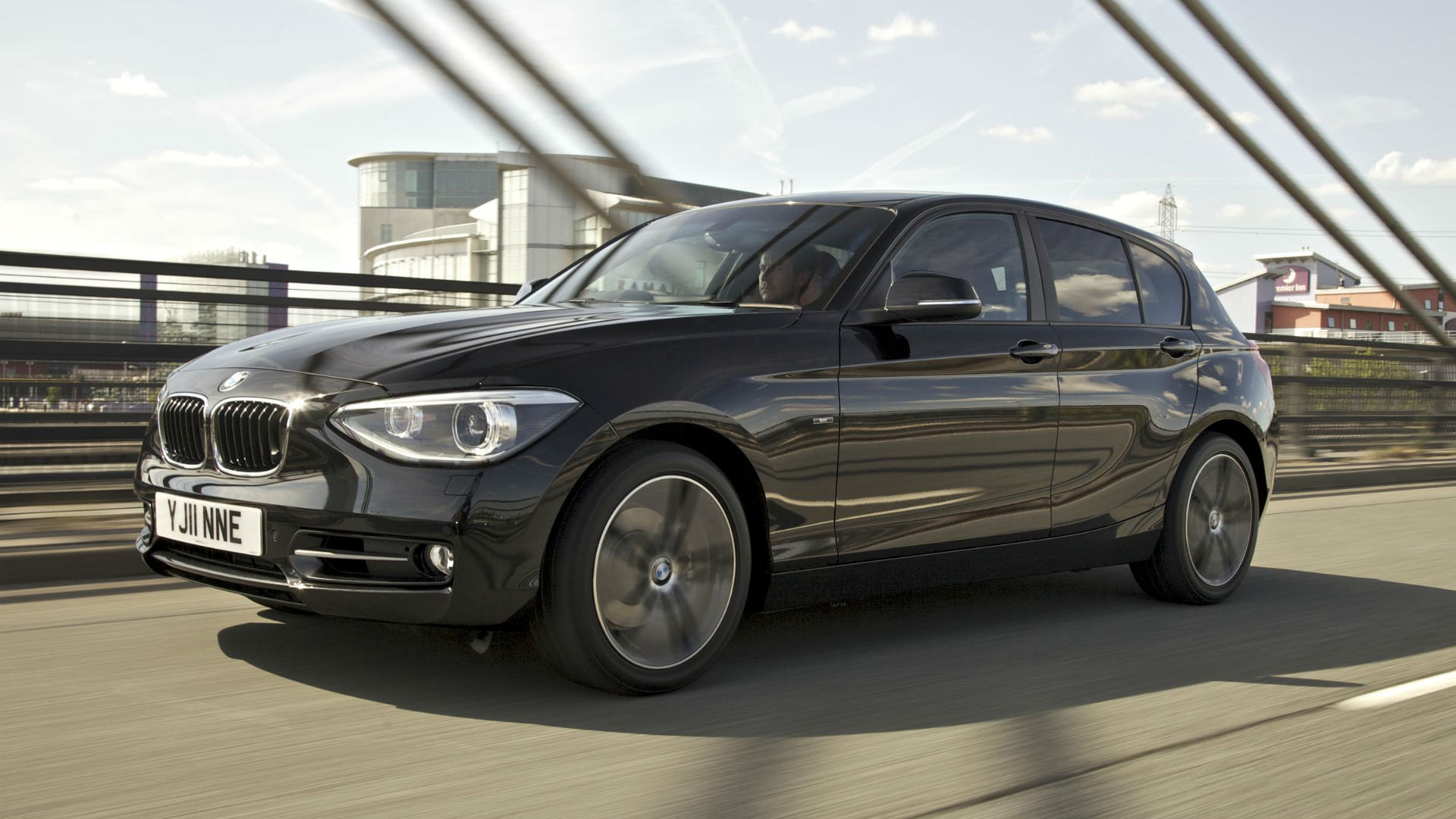 With the arrival of a new BMW 1 Series, it should be easier to bag a great deal on an old one. Look out for nearly-new examples in the used car network, as dealers will be keen to shift examples of the outgoing model. 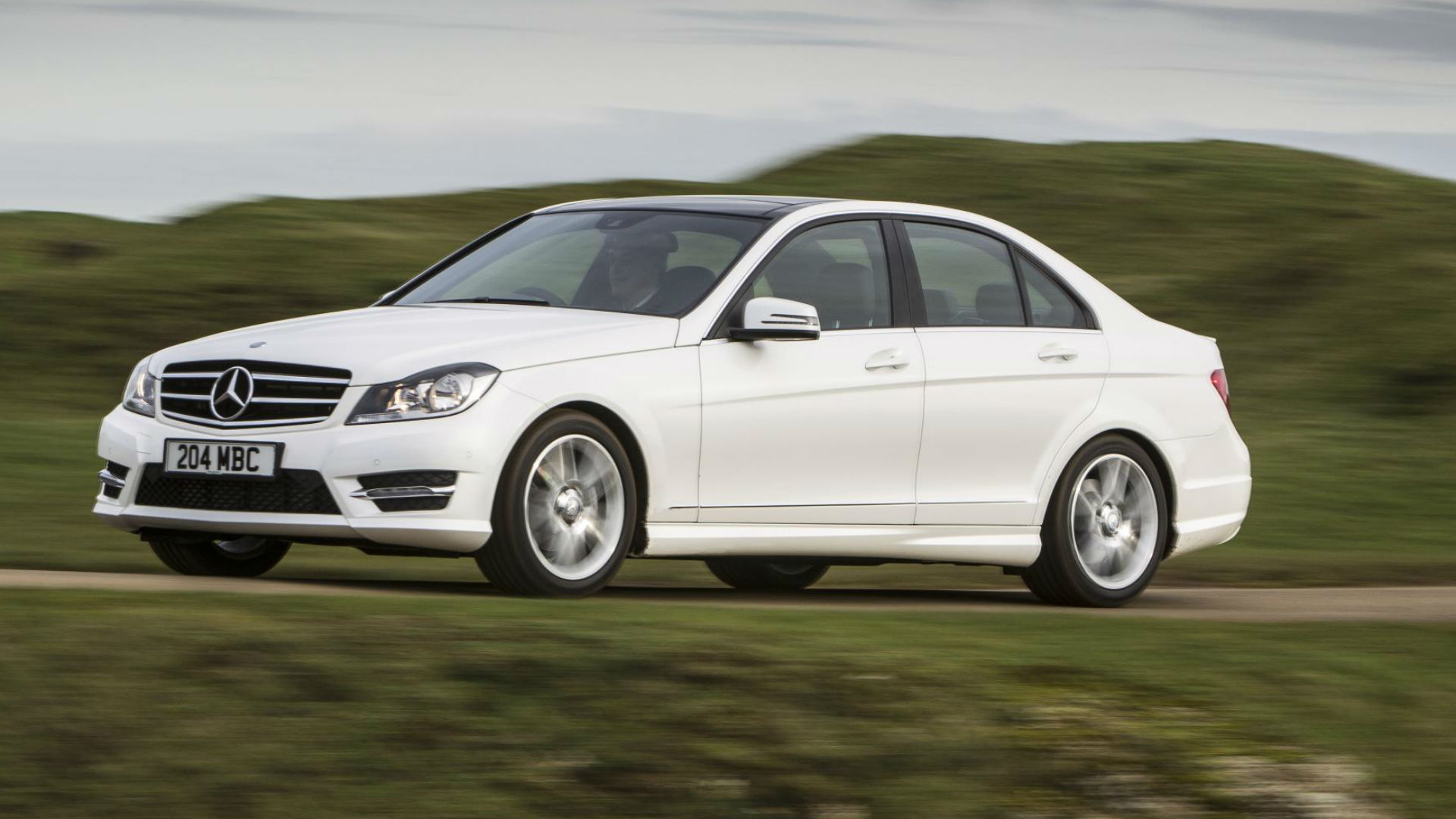 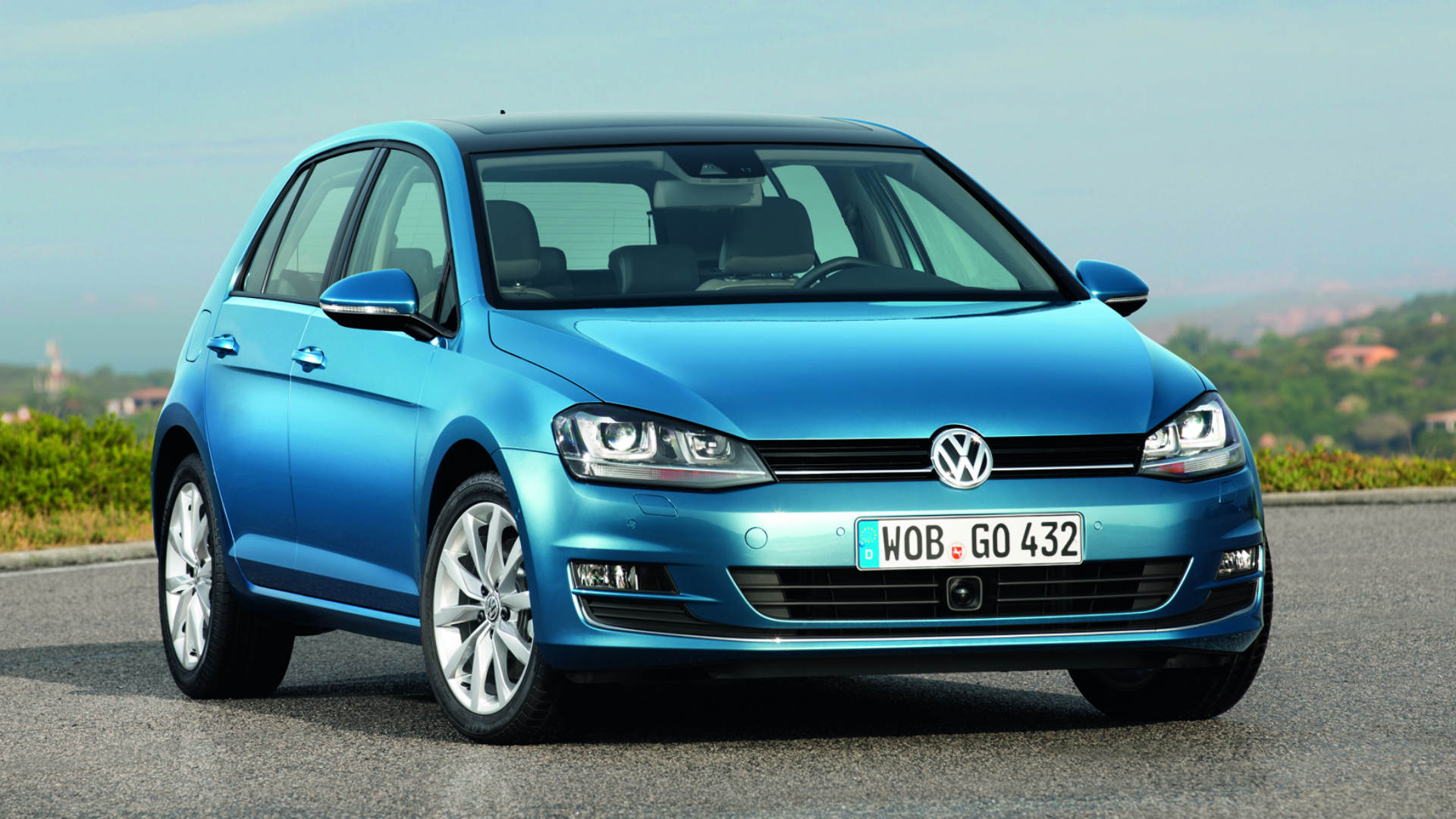 It finished top of the new car table, but the Volkswagen Golf must accept second place when it comes to used cars. But which car finishes first? 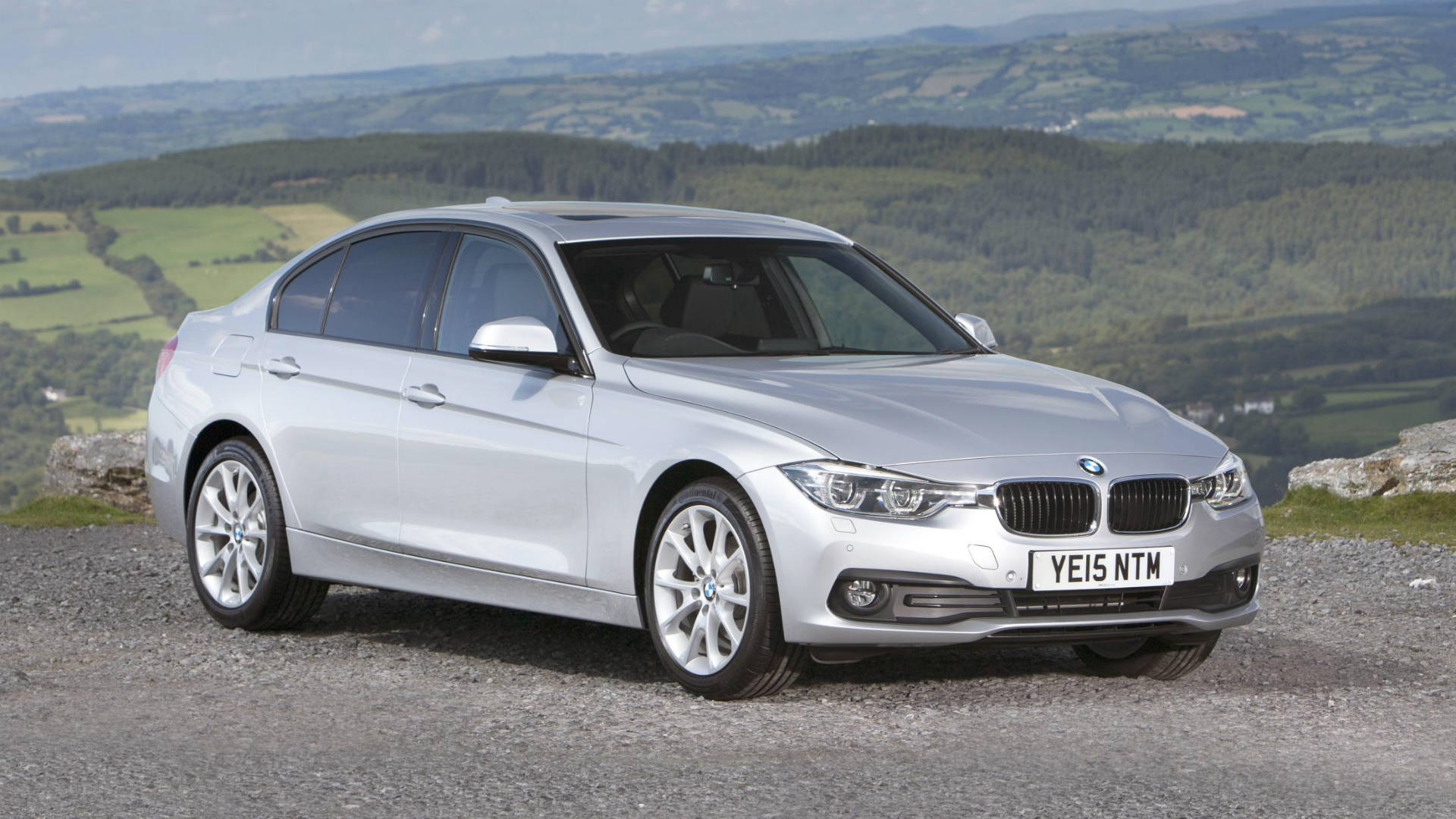 It’s… the BMW 3 Series. Come back next year, by which time we’ll know if The Masked Singer gets a second series.

Ranked: the worst areas in the UK for potholed roads

Pothole season has started, as overnight frosts begin to take their toll on UK roads. Our league table reveals which counties have the most potholes.
Read more
Car News

The updated Honda NSX is a hybrid supercar that does things differently. We compare it with the iconic original, plus modern rivals.
Read more
Car News

UK car dealer group Stratstone buys one of the world’s rarest Jaguar E-types and vows NOT to keep it locked in a museum!
Read more