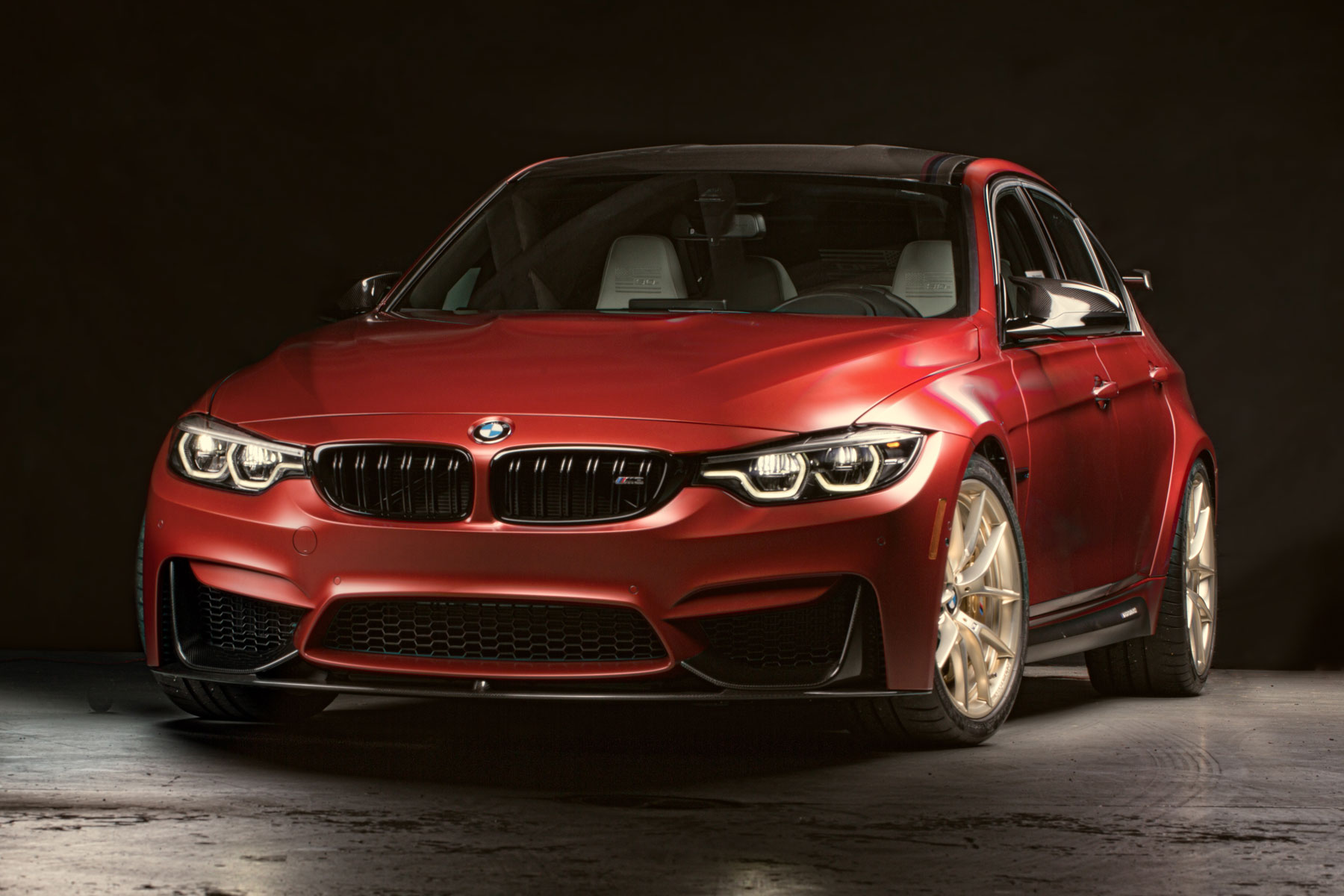 Not everyone will like this BMW 30 Years American special edition. One MR staffer described it as ‘marmite’, and he really doesn’t like marmite. Some do, however, but that’s irrelevant – as it’s a one-off special edition model that will probably never ever make it across to the UK.

Revealed to celebrate 30 years of selling the BMW M3 stateside (a year after the 30 Jahre was launched (celebrating 30 years of M3 worldwide), the American Edition has been styled by BMW’s Designworks division and built by its Individual department.

Things are just as in-your-face inside, too. BMW says “the interior could not be less special,” and we’d find it hard to disagree with that. It screams “USA, USA, USA” with its red, white and blue leather seats. While the interior isn’t quite to our tastes, it’s good to see a manual gear stick in front of the Alcantara-covered cubby box.

Mechanically, it’s the same as any other BMW M3 with the Competition Package. That means its 3.0-litre turbocharged straight-six produces 444hp, taking it to 62mph in 4.2 seconds and a limited top speed of 155mph. Not bad for a four-door saloon car.

If you want to buy the 30 Years American Edition – well, frankly, you’d be very lucky, as it’s a one-off. But BMW has said that, after its debut at the SEMA performance car show in Las Vegas, it will be up for sale. As for the price? No doubt significantly more than the £61,580 an M3 Competition Pack will set you back in the UK…