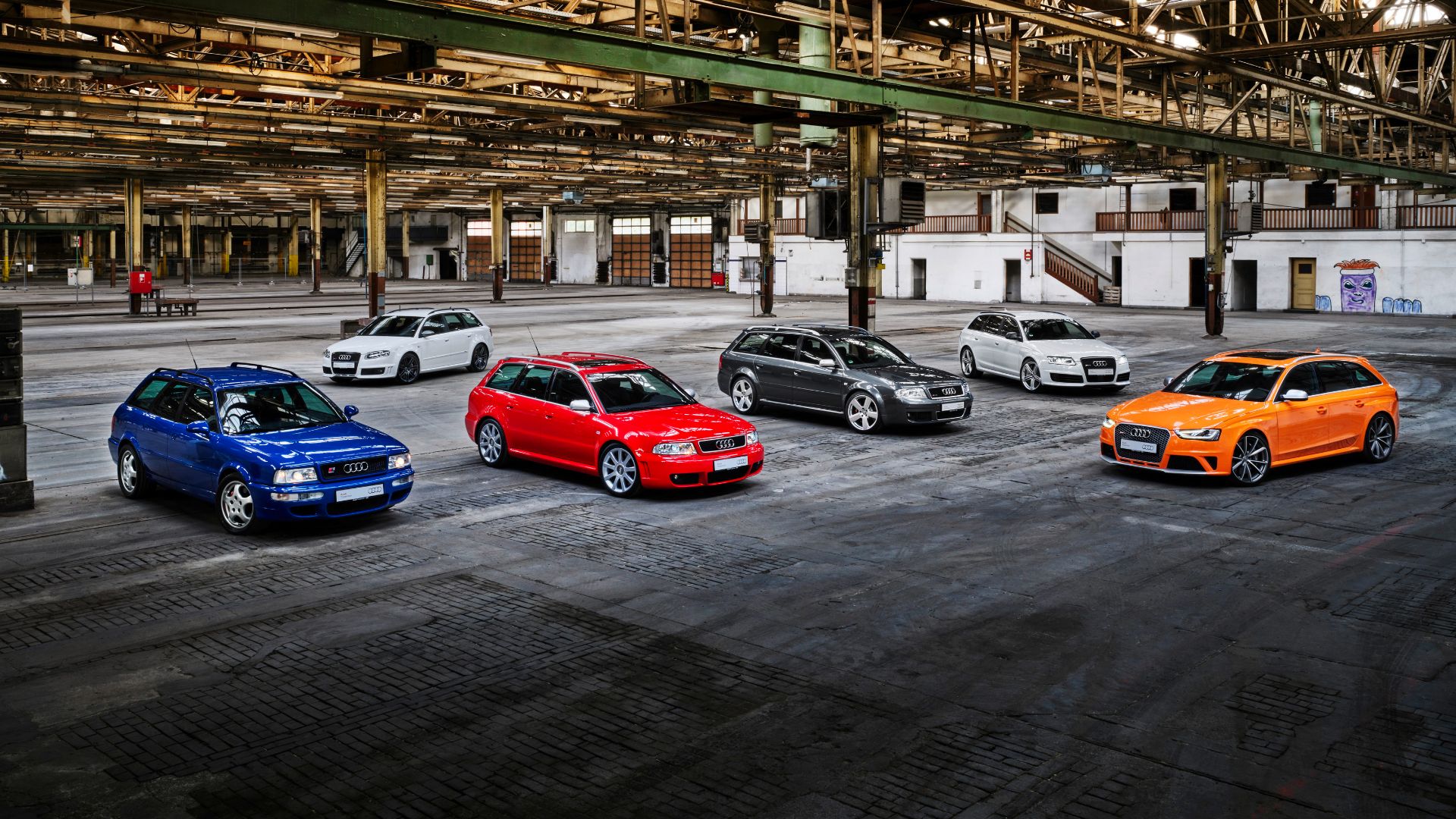 Audi’s RS-badged beasts have been roaming the autobahns and chasing down M cars since 1994. That’s 25 years of blistered arches, scowling snouts and bulbous bottoms, with a high-power wail of a soundtrack. We break down the history of the modern fast Audi. 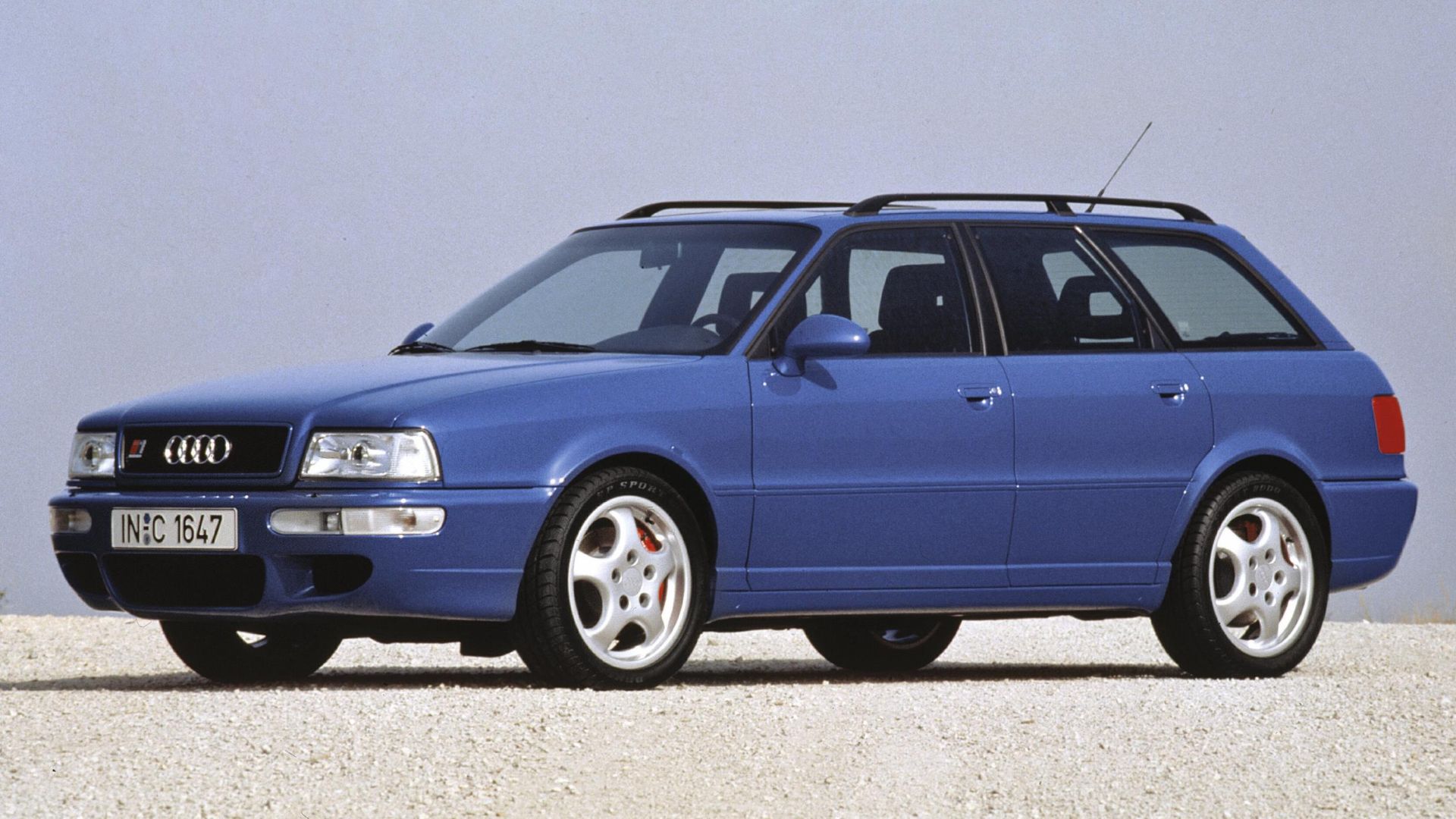 With the help of Porsche, Audi brought its first RS-badged performance estate to the market, and the fast car world was changed forever. While 315hp from its 2.2-litre five-cylinder engine is modest by today’s standards, in 1994 the RS 2 was an angry ripsnorter of a thing. 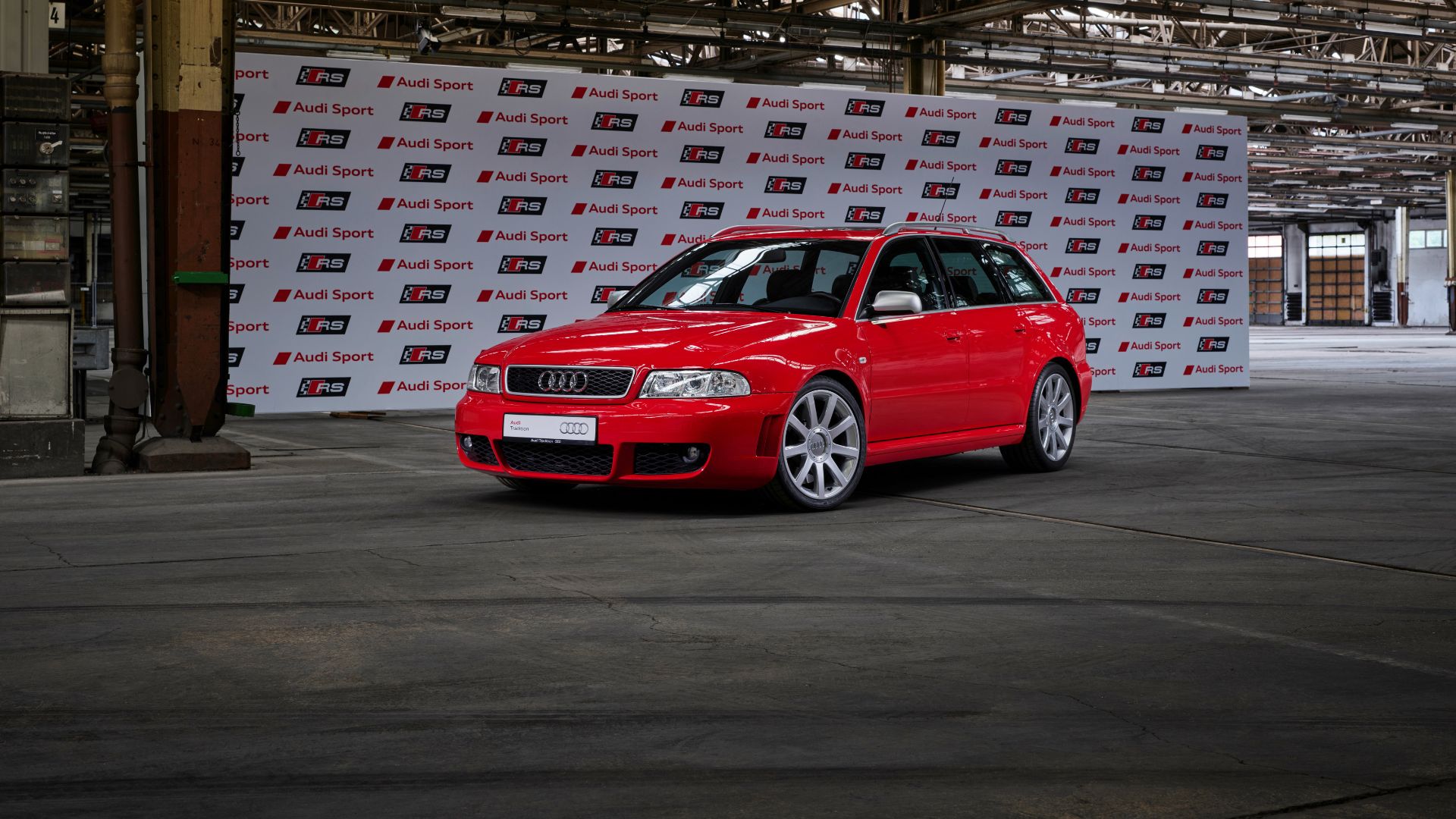 The original RS 4 picked up where the RS 2 left off, and established how Audi’s RS cars would be tiered. Its 2.7-litre turbocharged V6 delivered a mighty 380hp – enough for the RS 4 to stand toe-to-toe with BMW’s M5, let alone the M3. Unlike the RS 2, the RS 4 was also available as a saloon. 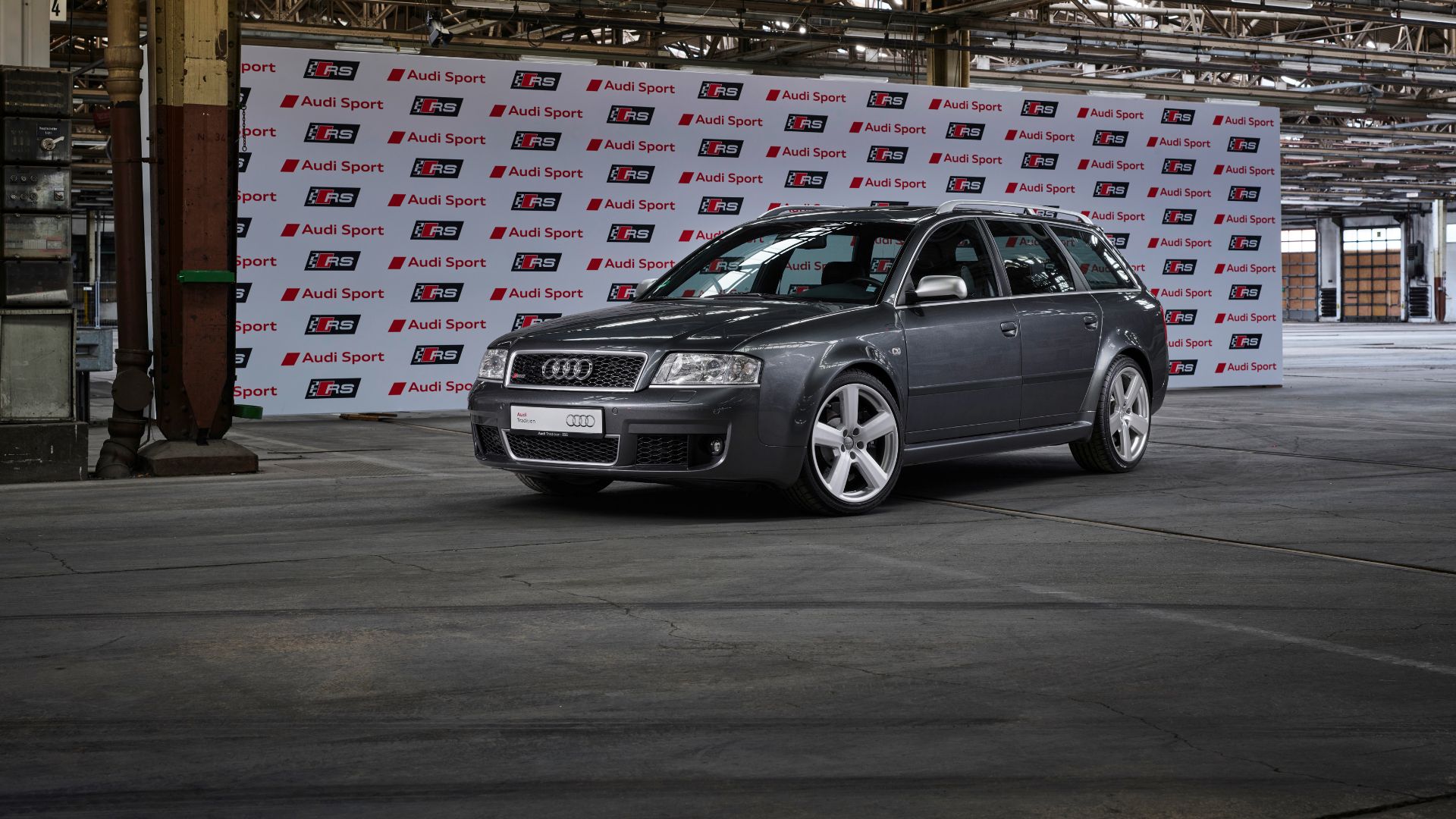 The RS 6 has been a giantkiller since it was introduced. Packing 450hp in standard form from its twin-turbo V8, and 480hp in RS 6+ form, this thing could munch M5s on the way to nibbling at the heels of supercars. It was also available as a saloon. 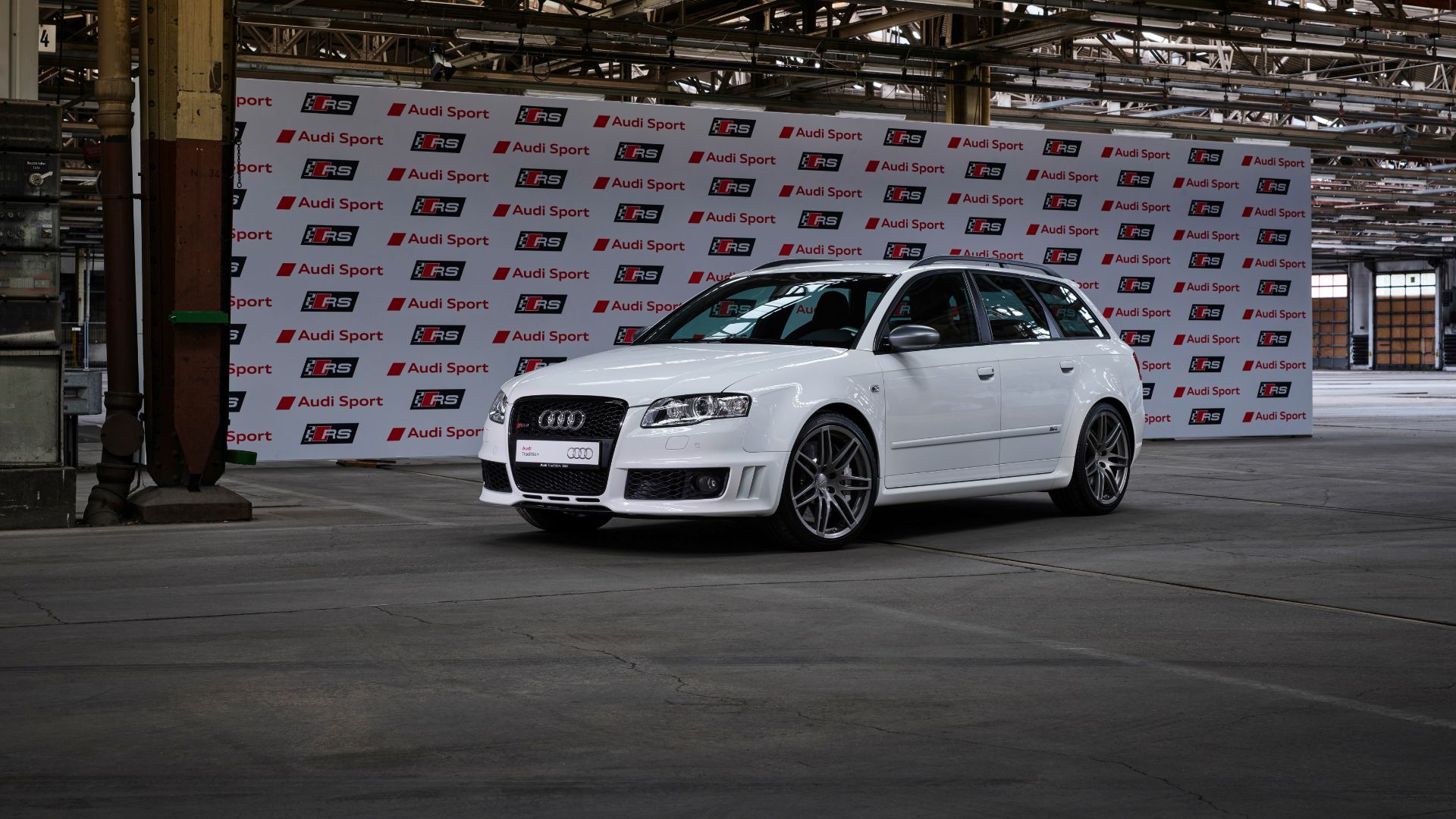 But what fast Audis had yet to do, since the introduction of the RS 2, was deliver when it came to handling. Grip? They had bags of it. Balance? Not so much. Nose-heavy Audi RS cars loved to push. The RS 4 changed all that, delivering a balletic handling balance to go with that super-sweet singing 420hp 4.2-litre V8. In terms of styling, the RS 4 enhanced the steroidal RS look, and it was also the first appearance of the grille. The RS 4 was available as a saloon, Avant and a cabriolet. 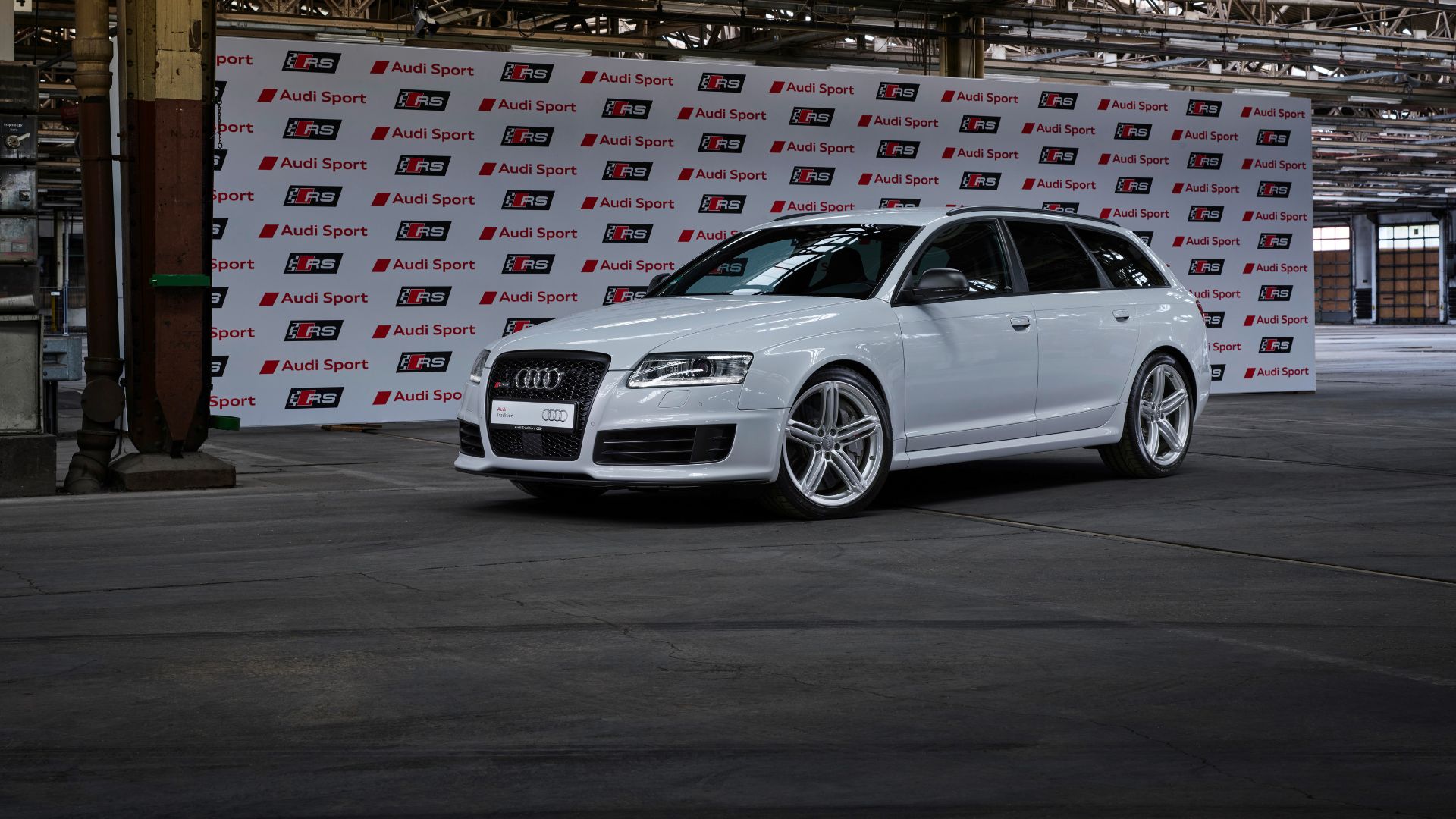 The next RS 6 reverted to old habits. Big power – 580hp courtesy of a twin-turbo 5.2-litre V10, and brutally unsatisfying dynamics. It’ll obliterate most contemporary rivals point to point, but it’ll do so without delivering any feeling of satisfaction for the driver. It’ll easily push into understeer if you get too eager, too. Audi’s reputation for inconsistency was born with the second-generation RS 6, but lordy did it jelly your knees to look at. Yours in saloon or Avant format. 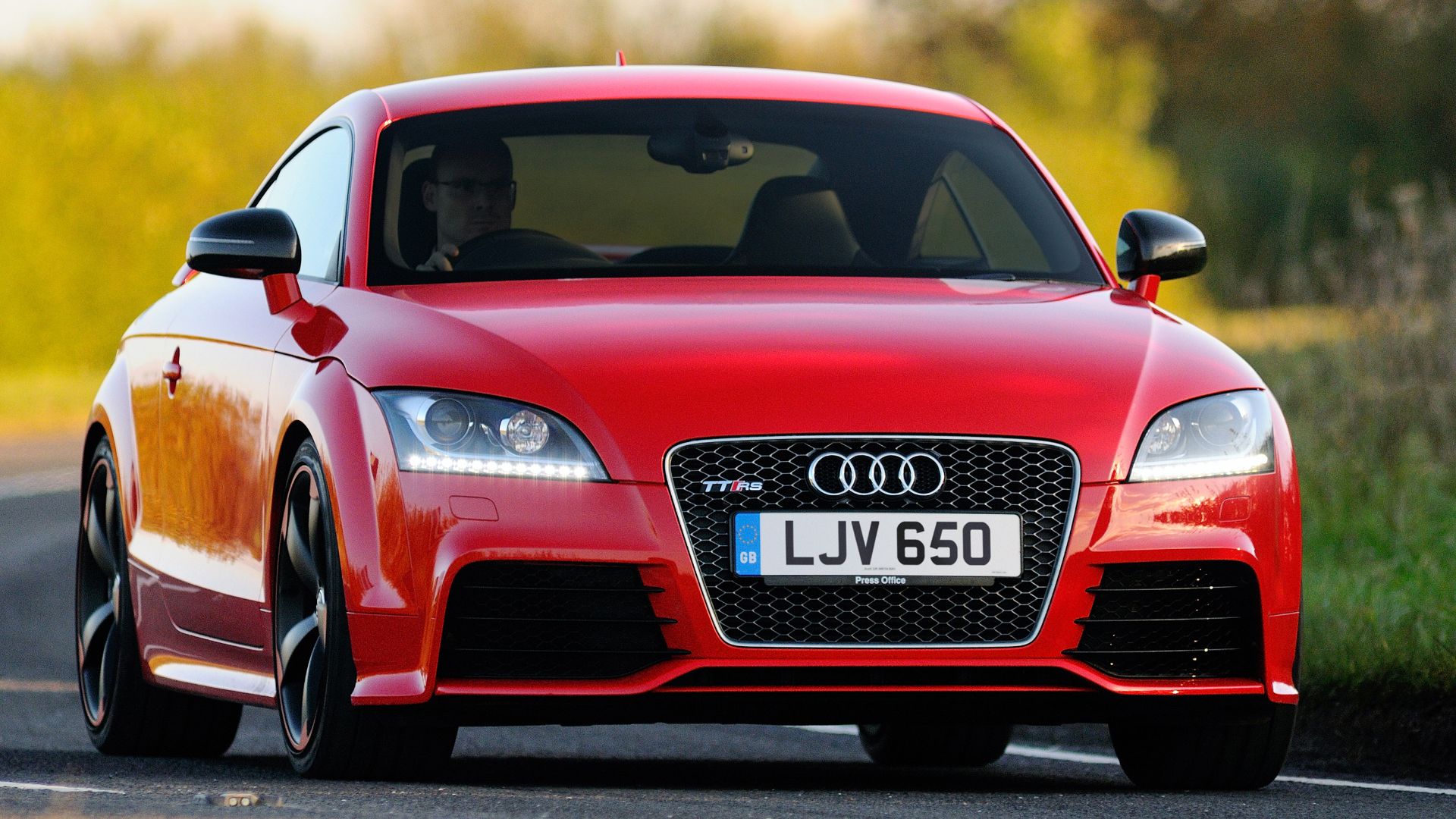 A car we’d seemingly been waiting forever for – an RS version of the TT. The TT RS came along with looks to kill and an engine that thrilled. 2.5-litres of turbocharged five-cylinder power was a delight, but the warble was a distraction from a slightly underwhelming drive. Our advice? Get the roadster, to be closer to the sound. 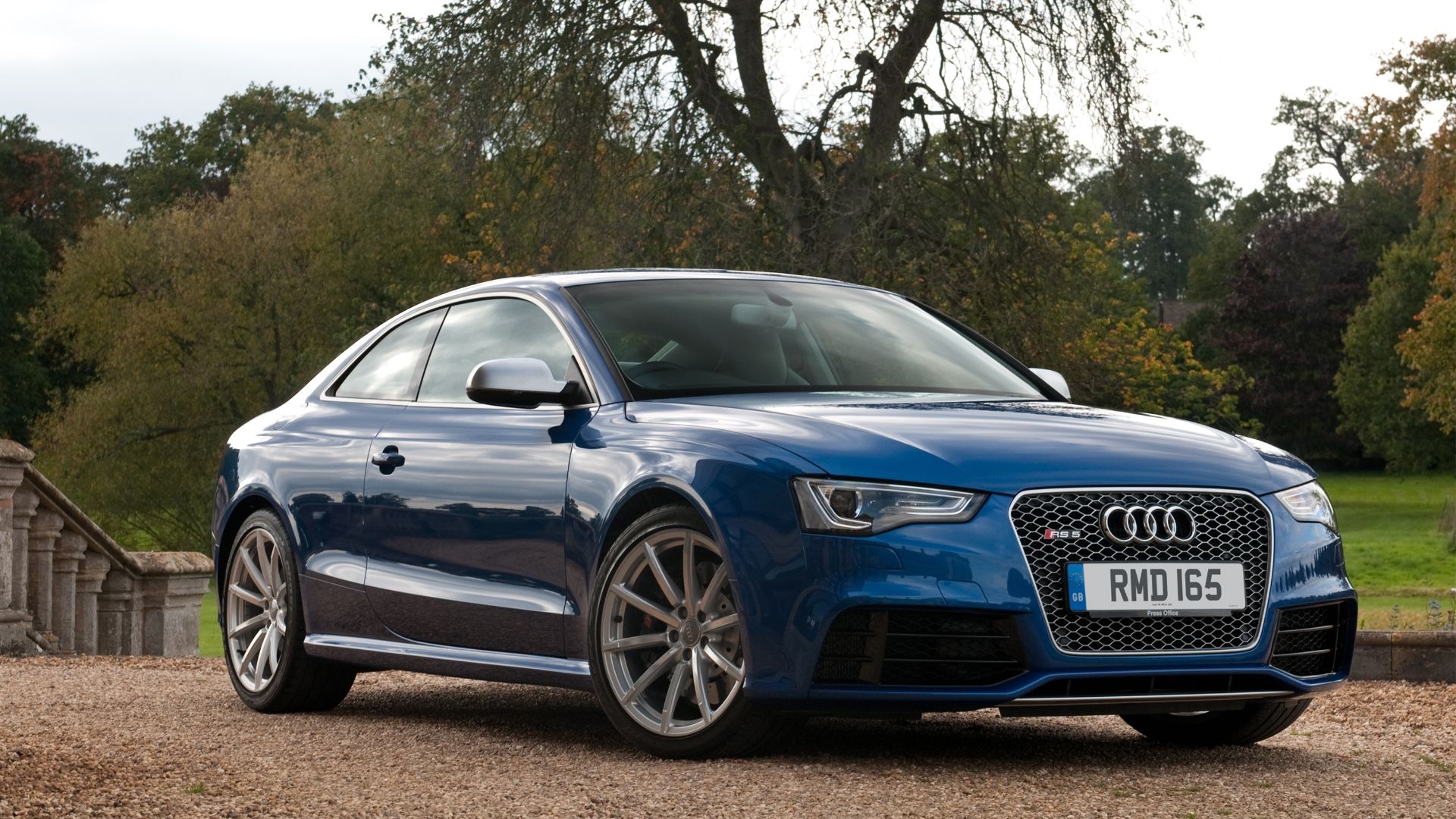 The RS 5 was no M3 fighter when it came to dynamics, but you’d arguably take it on looks alone. The Cabriolet was the ultimate riviera cruiser. 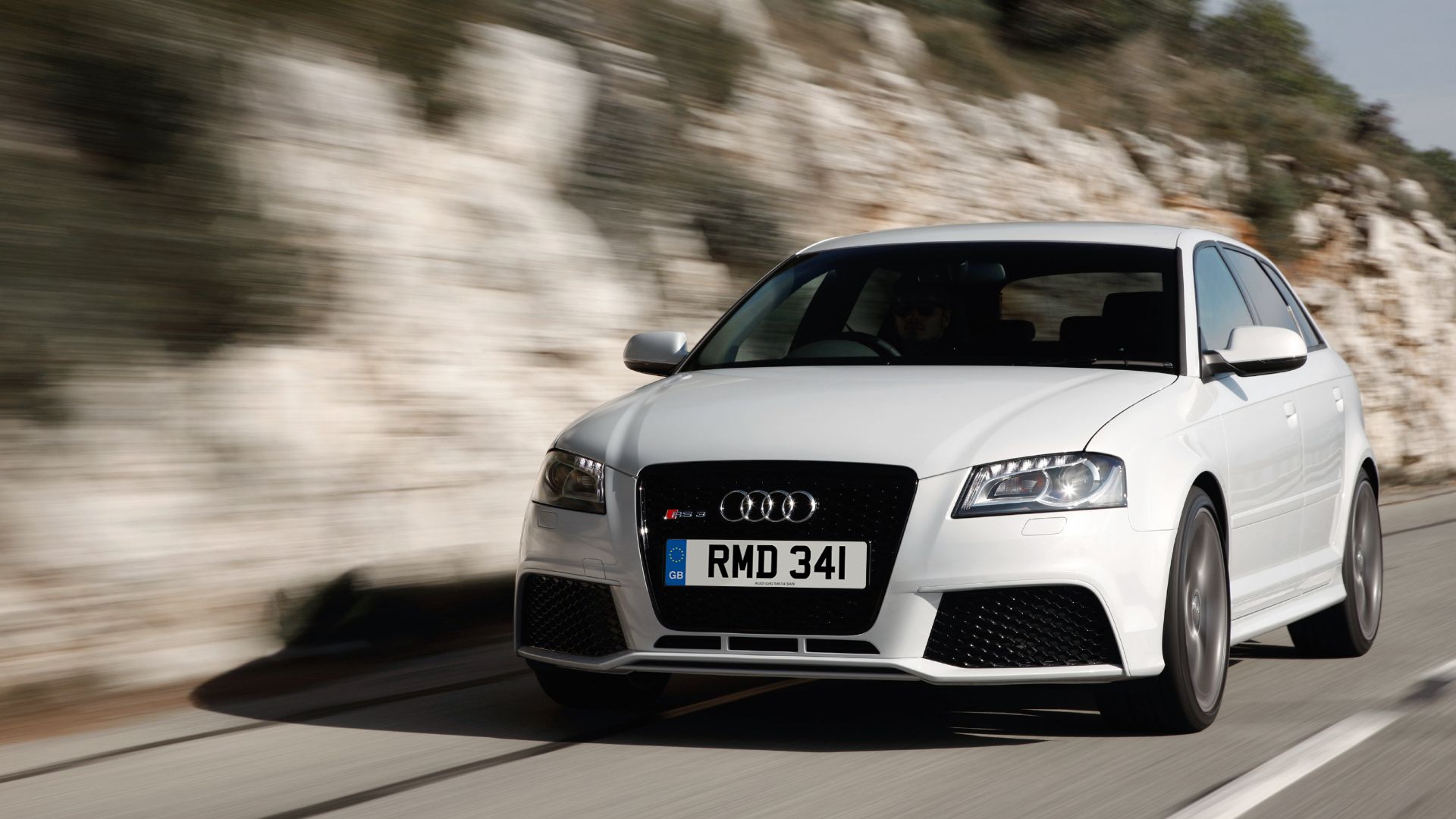 Audi’s first hyper hatch picked up where the TT left off – five-pot power and a slightly disappointing drive. The engine is one of the modern greats though, and it survives to this day in current and future hot Audis. Praise be. 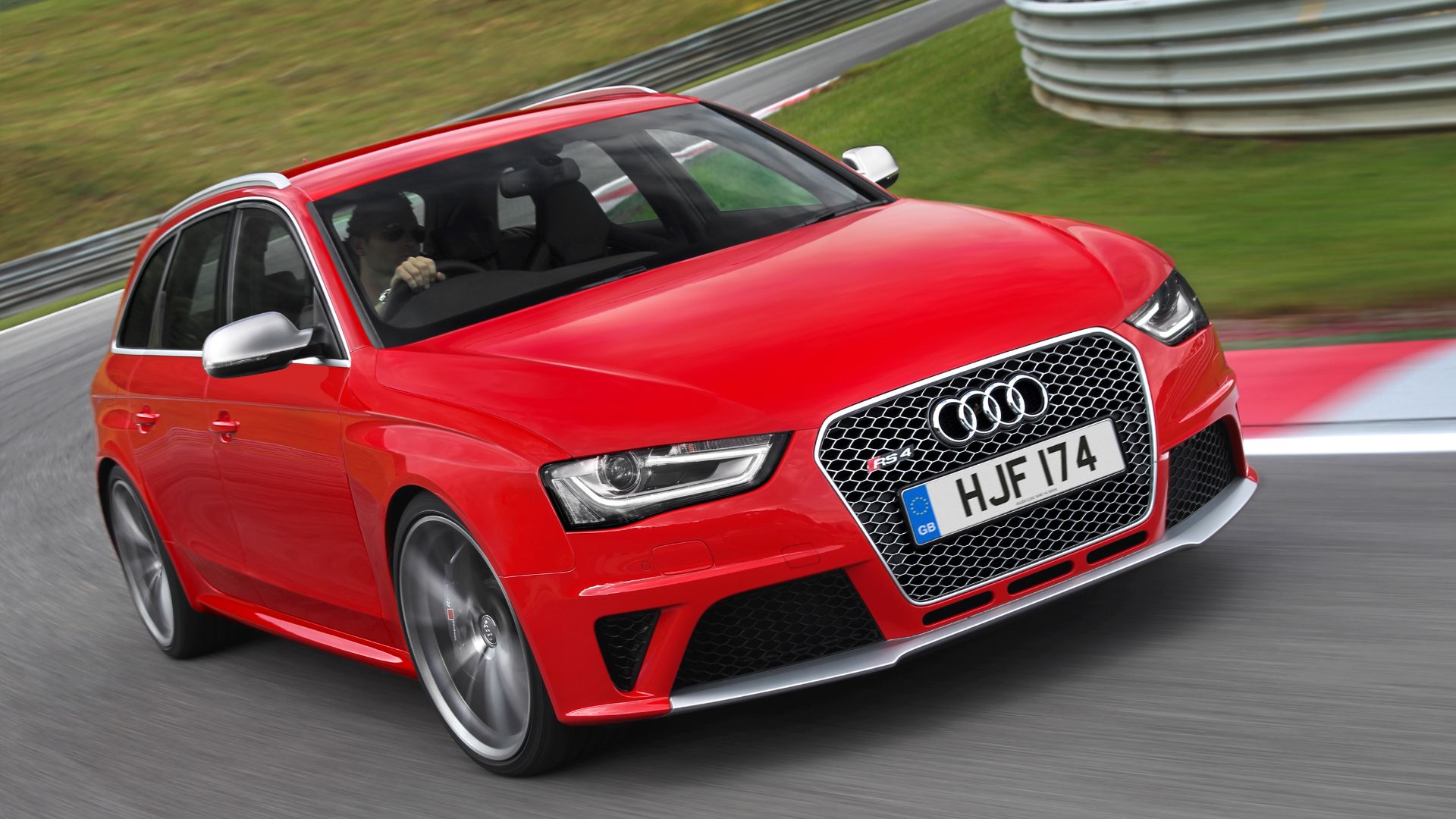 In 2012, the mighty RS 4 made a return in wagon form only. It wasn’t quite as much of a standard-setter as its predecessor, but it was properly stylish. One thing Audi’s RS division has always nailed is style, never more so than with the B8 RS 4. 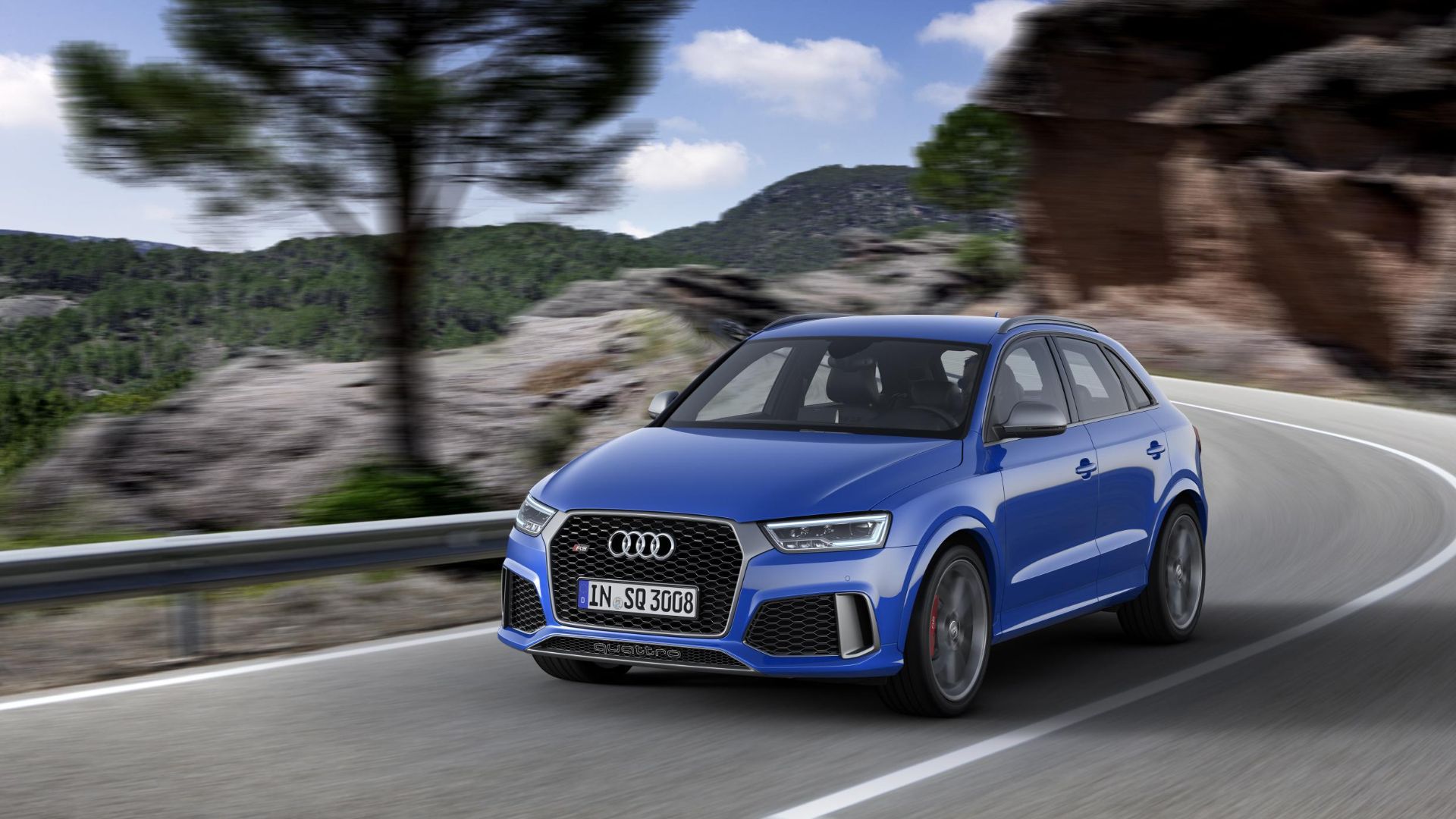 Then Audi changed the game, with an RS-powered crossover. Q3, the unassuming family mini SUV that it was, got swollen vents, a big oval exhaust and fabulous five-pot power. It even drove better than the RS 3 hatch. 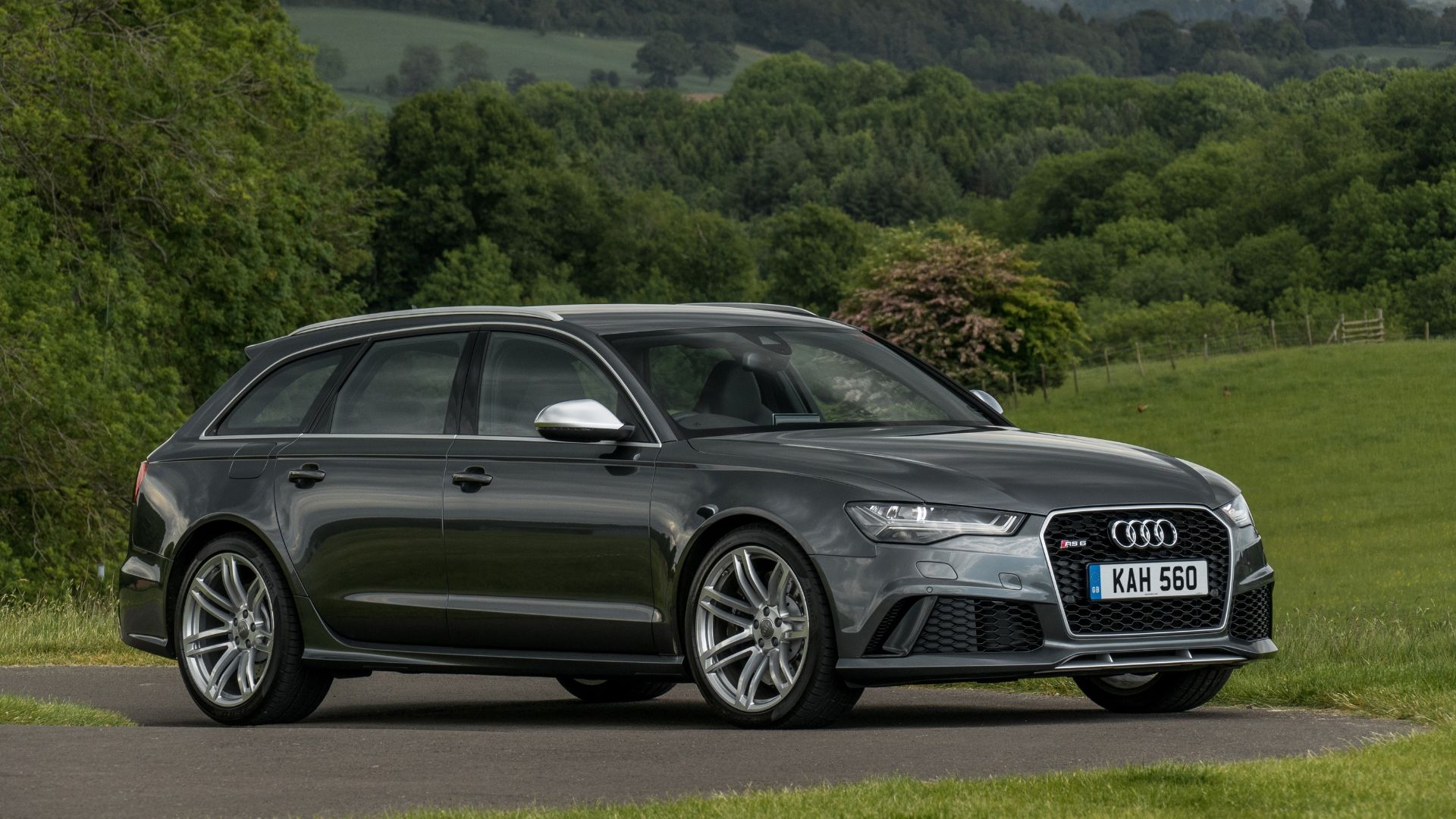 With the 2013 RS 6, Audi got its mojo back. By far the best RS since 2005’s RS 4, this RS 6 downsized back to a twin-turbo V8, displacing four litres. It was also down on power, with 560hp, but was such a sweet drive. It was arguable the best-looking RS yet made, too. You’ll note, too, that this was the second RS car from Audi in 2013. With these two, Audi had begun its mission to deliver more RS to a power-hungry market. 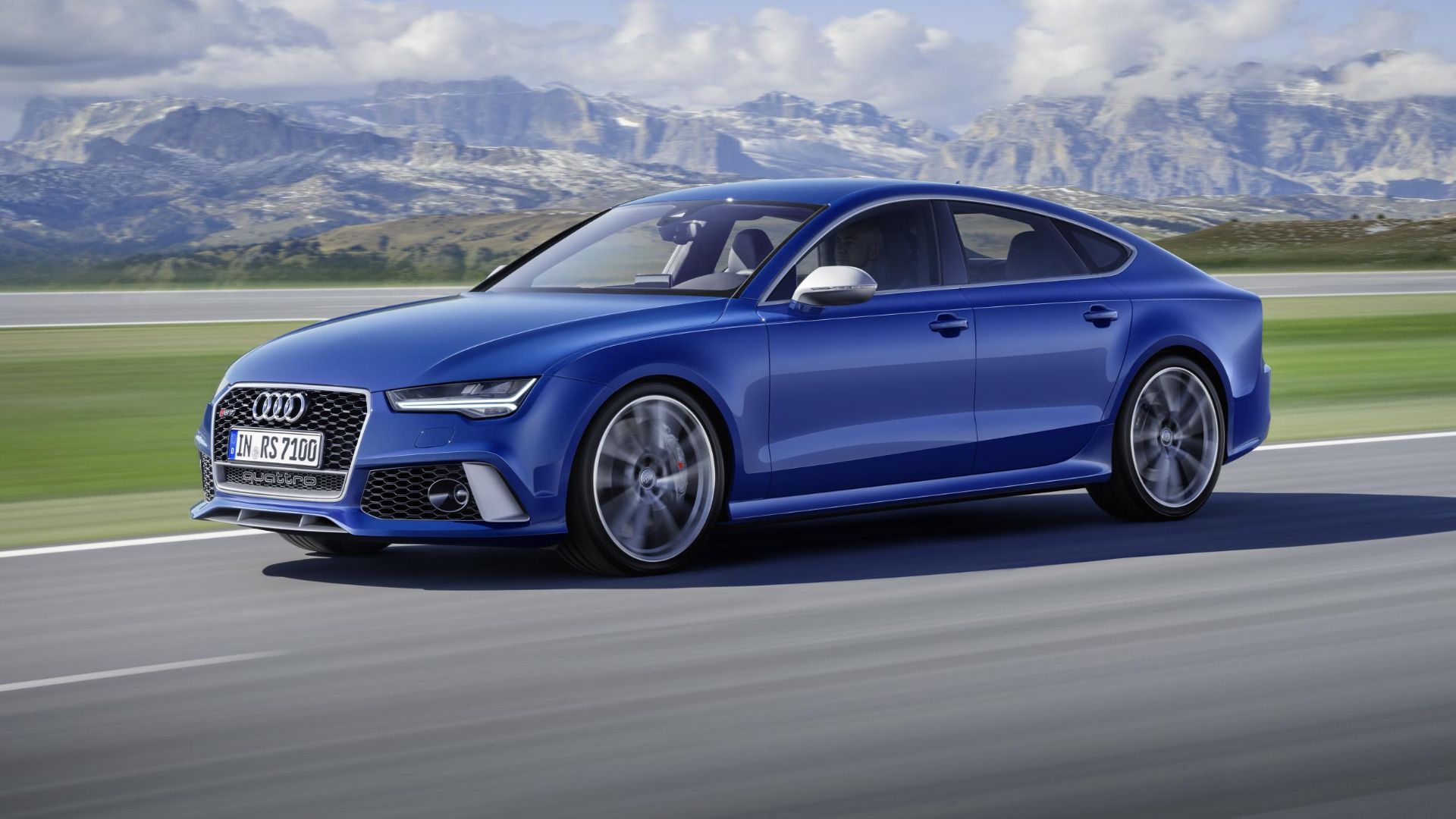 Audi’s late-in-the-game answer to the AMG-powered Mercedes CLS was, like its RS 6 counterpart, an absolute rocket, but it lacked the versatility of its esteemed sibling. It replaced the option of an RS 6 saloon. 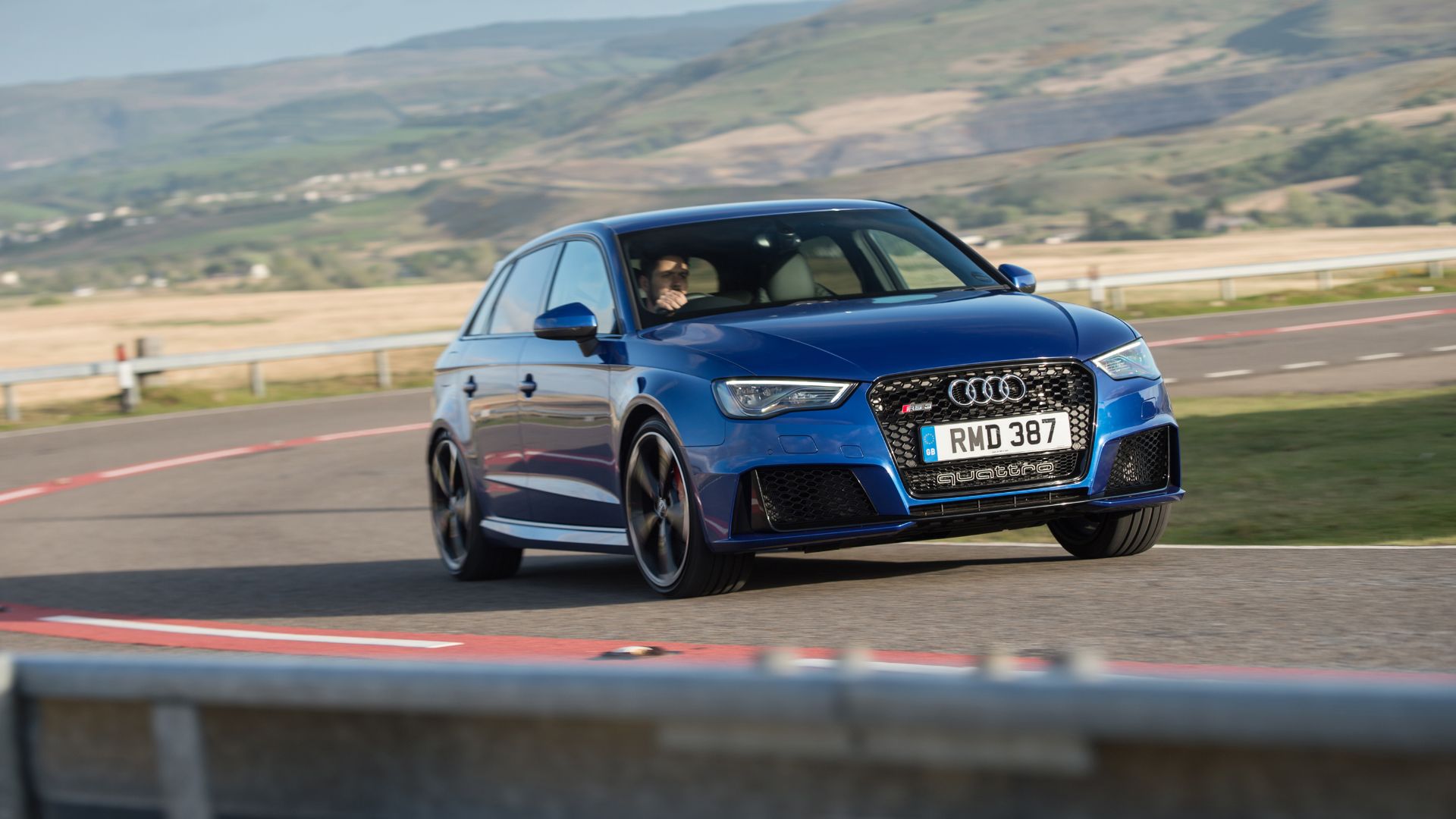 In 2015, the RS 3 came of age. With the 2.5-litre turbo five cylinder and 360hp, the new RS 3 had the charming powerplant, but it now had a chassis with half a hope of complimenting it. It also looked absolutely spectacular, though it hadn’t reached the height of its aesthetic powers yet. 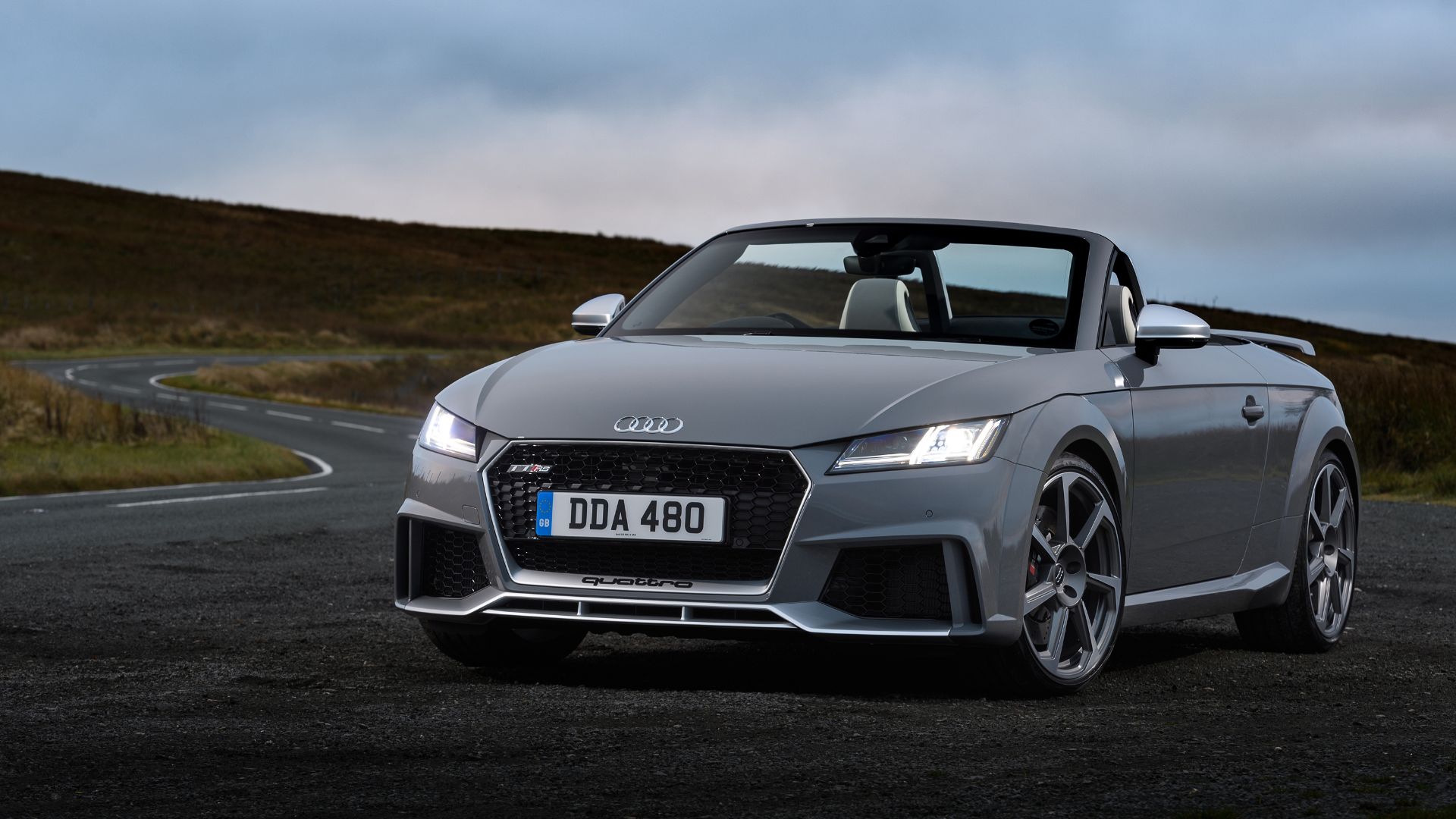 With near-on 400hp, the TT RS, in coupe and roadster form, is a proper little supercar slayer. First-generation R8? Not a problem. Audi RS, as always, can keep supercars honest. 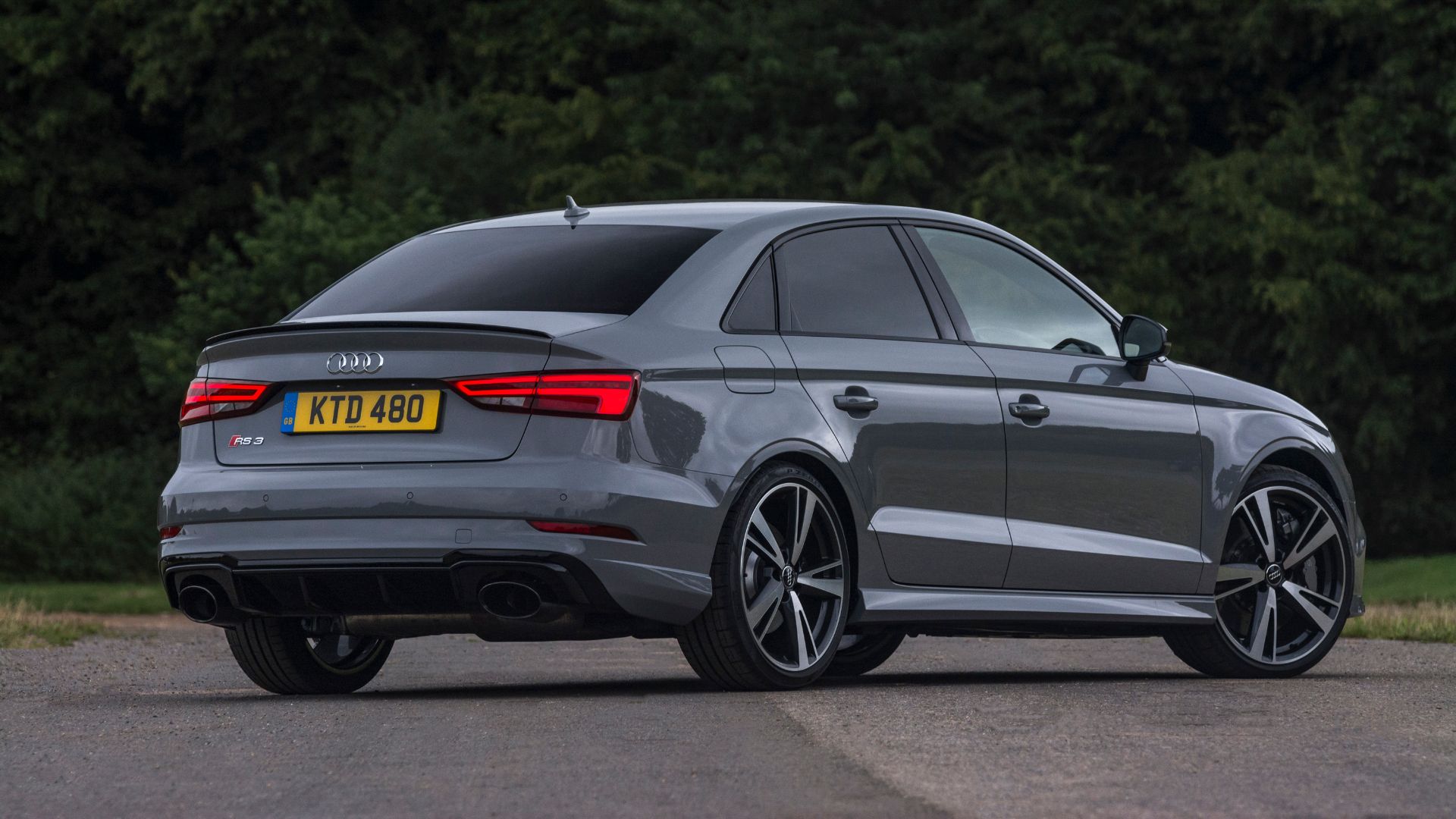 And now, one of the best-looking modern RS Audis. In fact, as of its release, the RS 3 saloon became the only RS 3 to have, in our opinion. 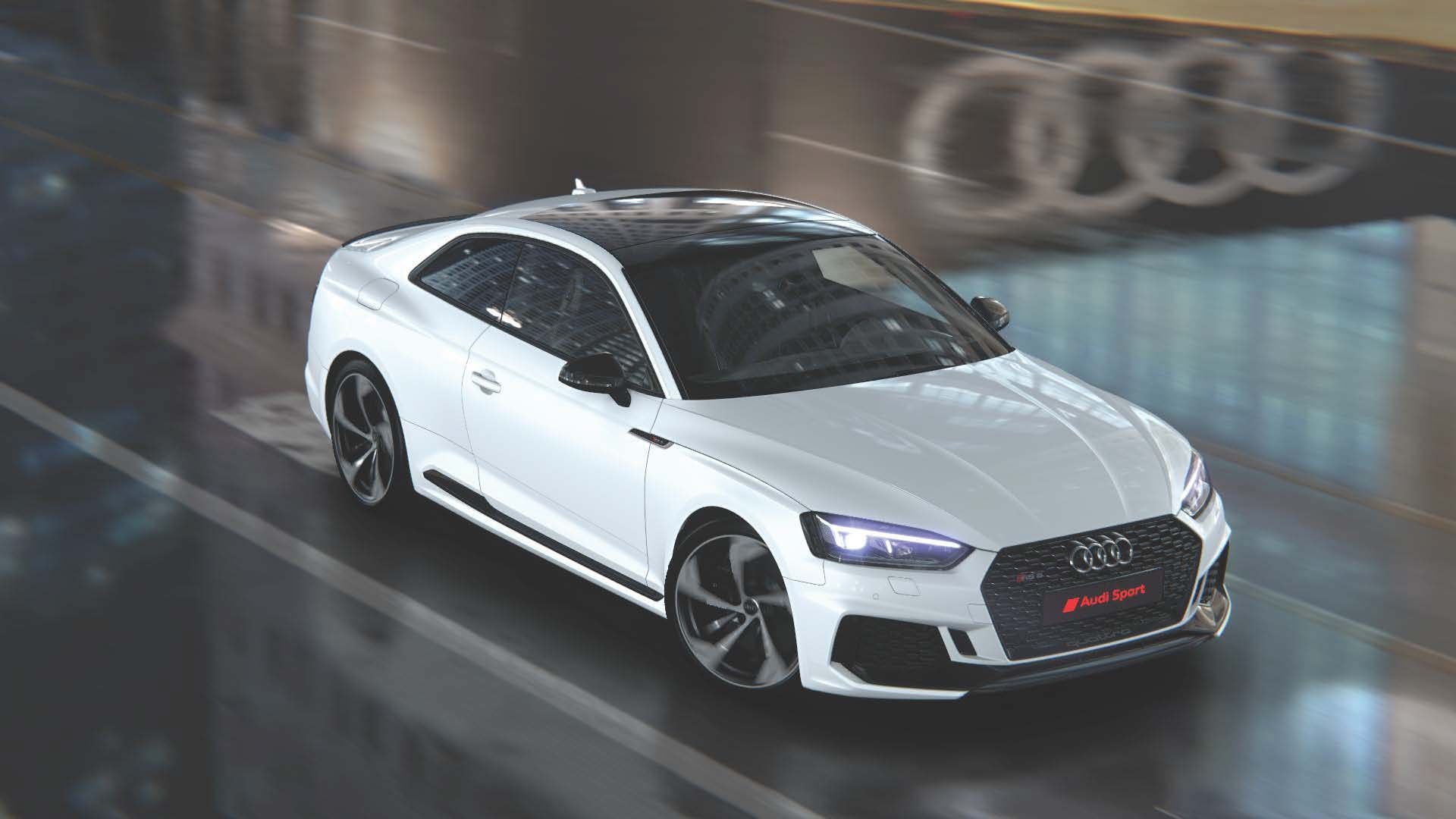 While the last RS 5 was a bit of a posey beauty, this new one seems a bit more capable. The turbocharged V6 engine isn’t the heartthrob the old V8 was, but it’s devastatingly effective. It’s still a beauty, too. 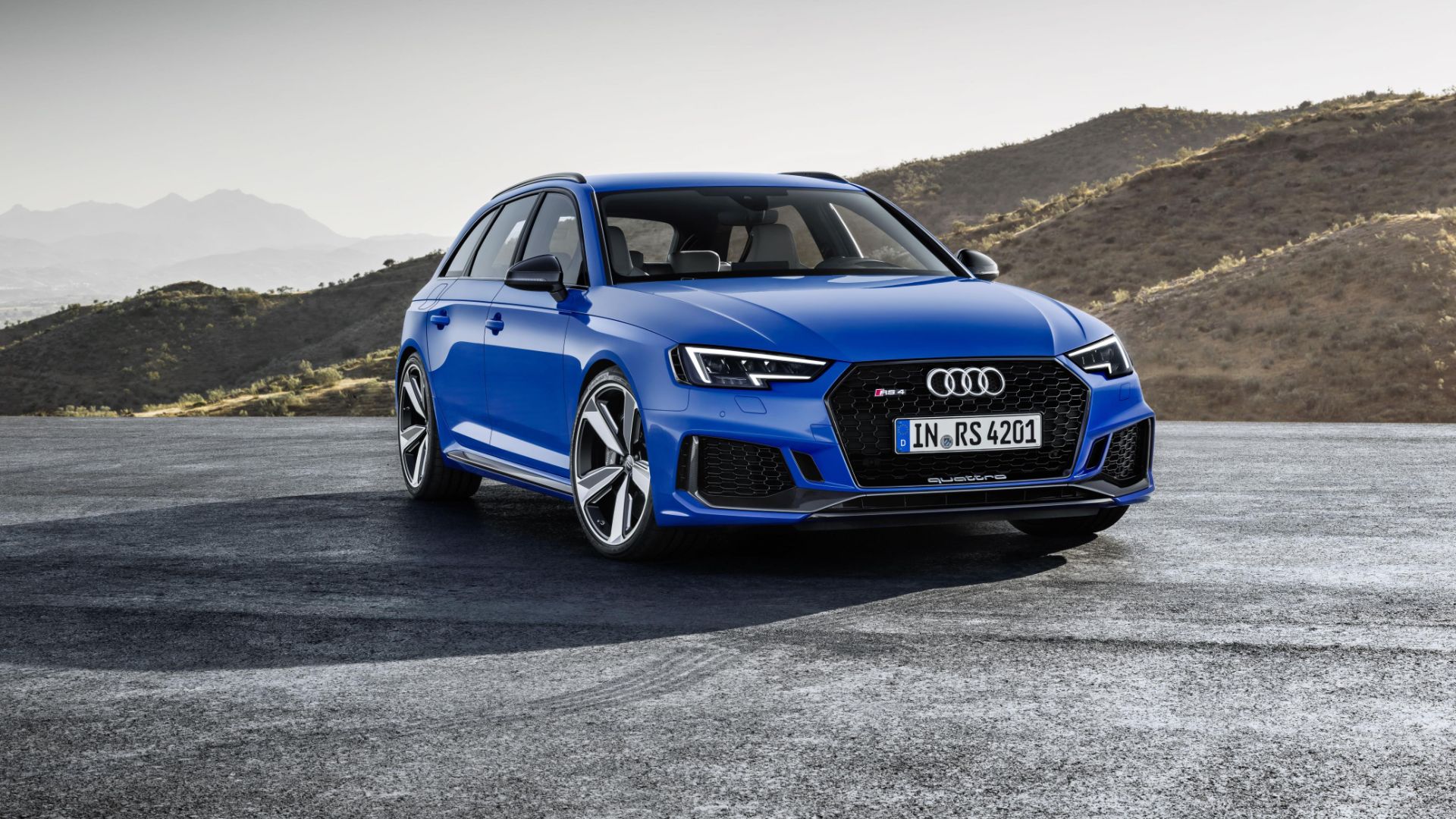 As the new RS 4, which has the same powerplant, and has, in fact, just received a very slick facelift. It represents the definition of the ultimate daily, with its new versatile V6, by comparison to the fragile revvy old V8. 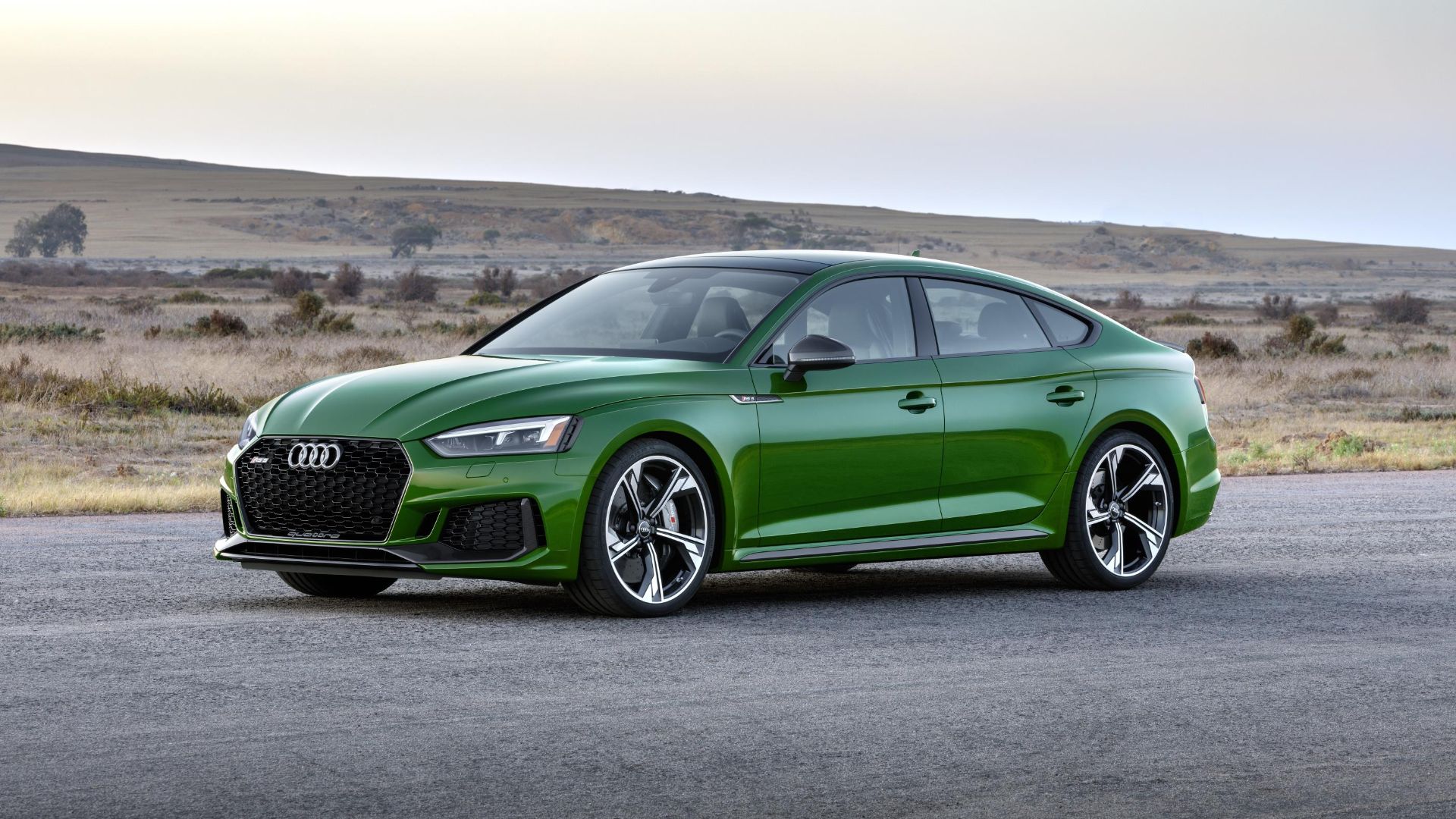 If the RS 4 is a bit too utilitarian for you, but the RS 5 coupe isn’t practical enough, Audi has the solution. Meet, for the first time, the RS 5 Sportback. Four doors, RS 5 styling, and a practical hatch. It’s almost a no-brainer. 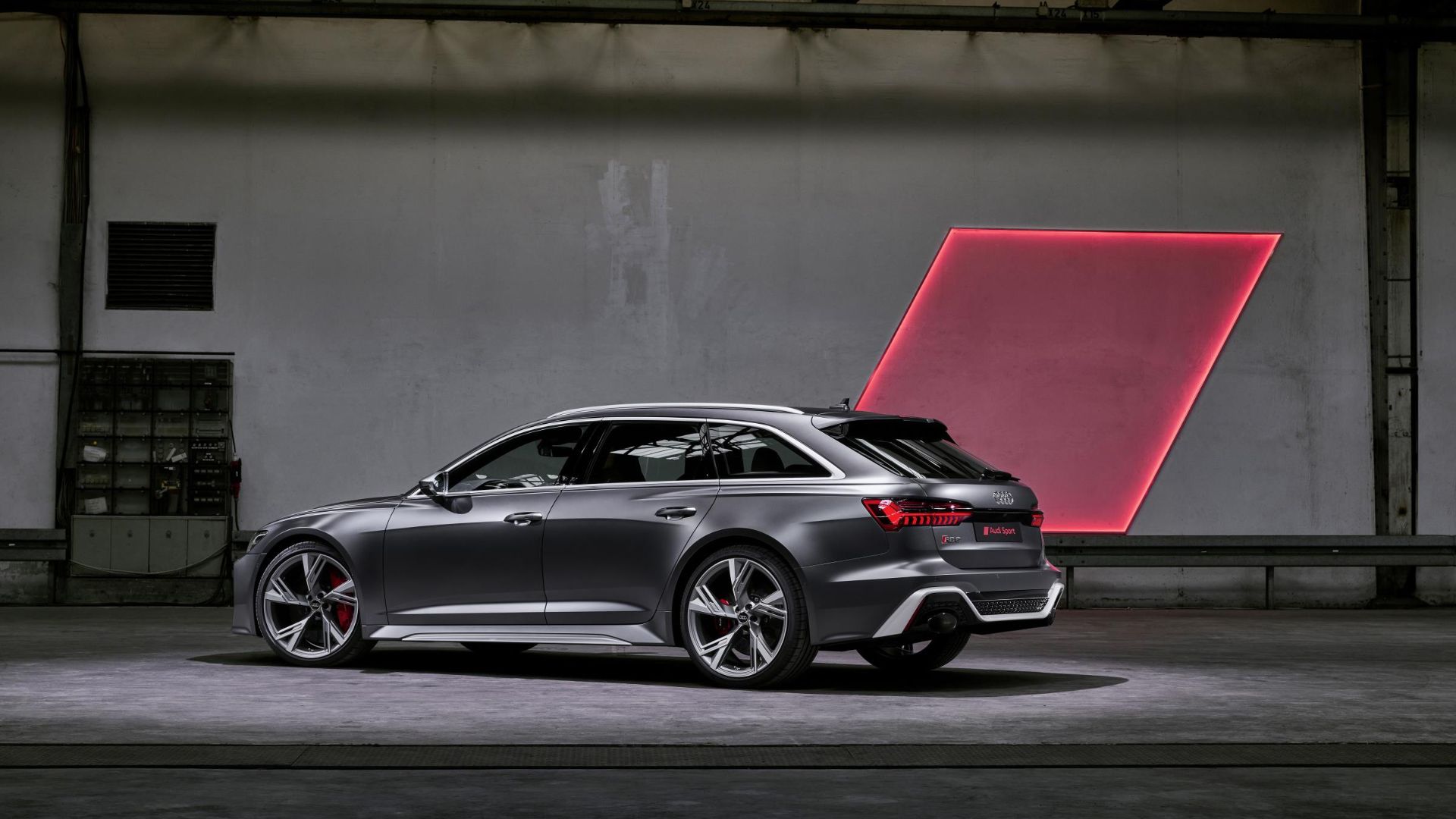 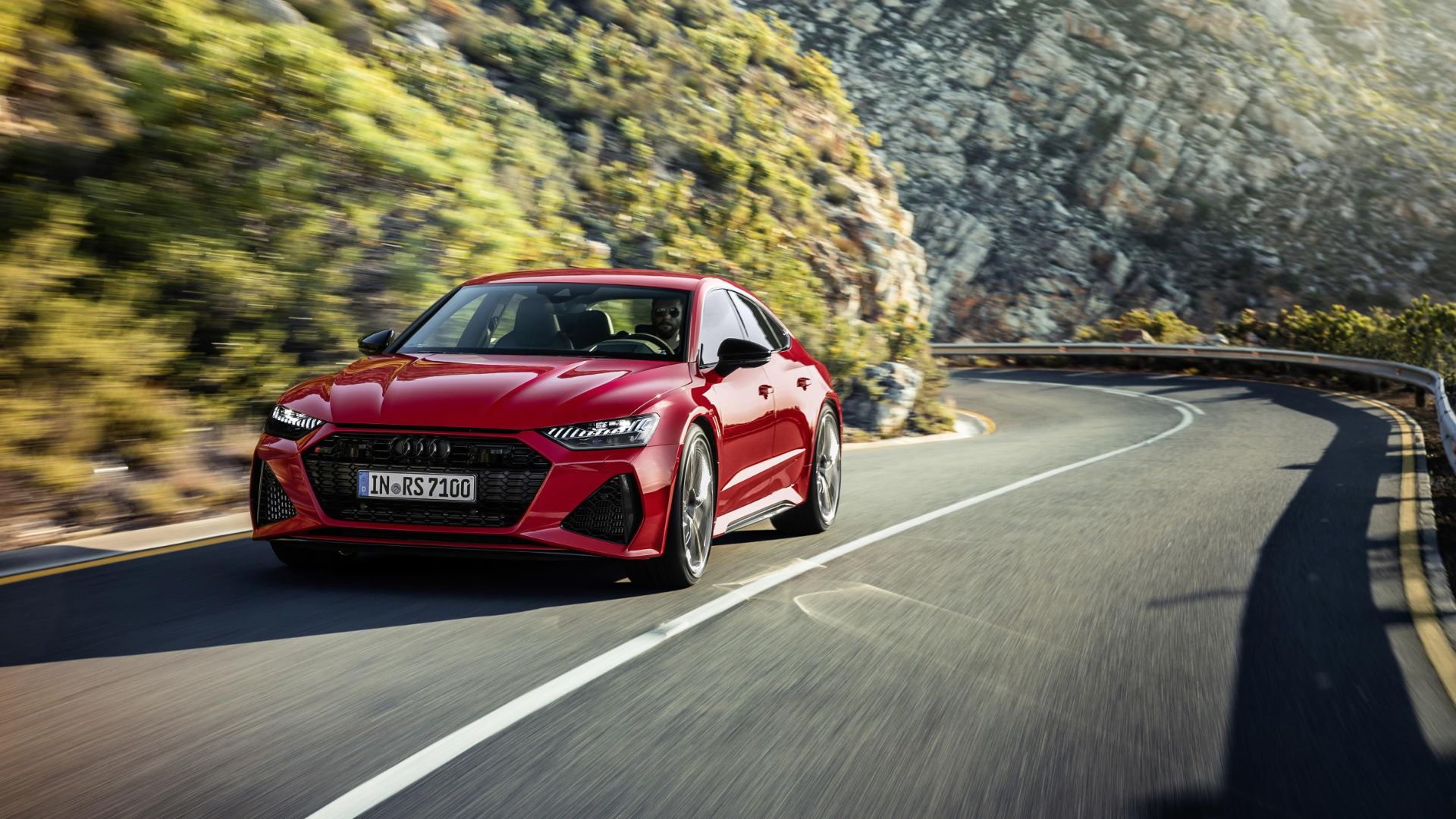 Yet again, there is a less practical and more expensive flavour, in the form of the RS 7. Note that the 6 has borrowed the 7’s sharper snout. 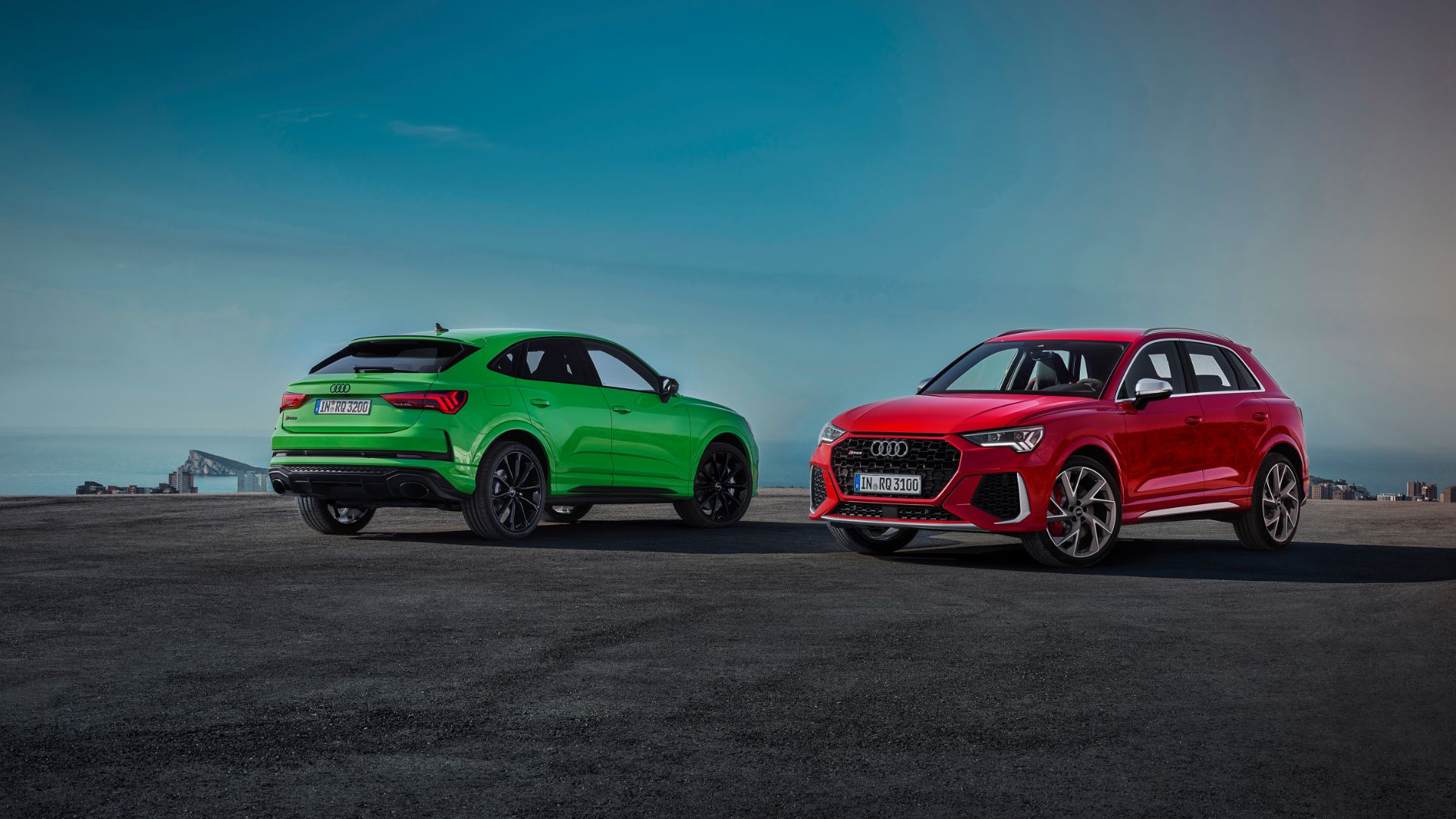 Finally, the latest version of the car that brought into question what should and shouldn’t get the Audi ‘RS’ treatment. The new one is available in both normal and ‘Sportback’ form. Praise be, though, the five-cylinder has survived. We look forward to the next RS 3… 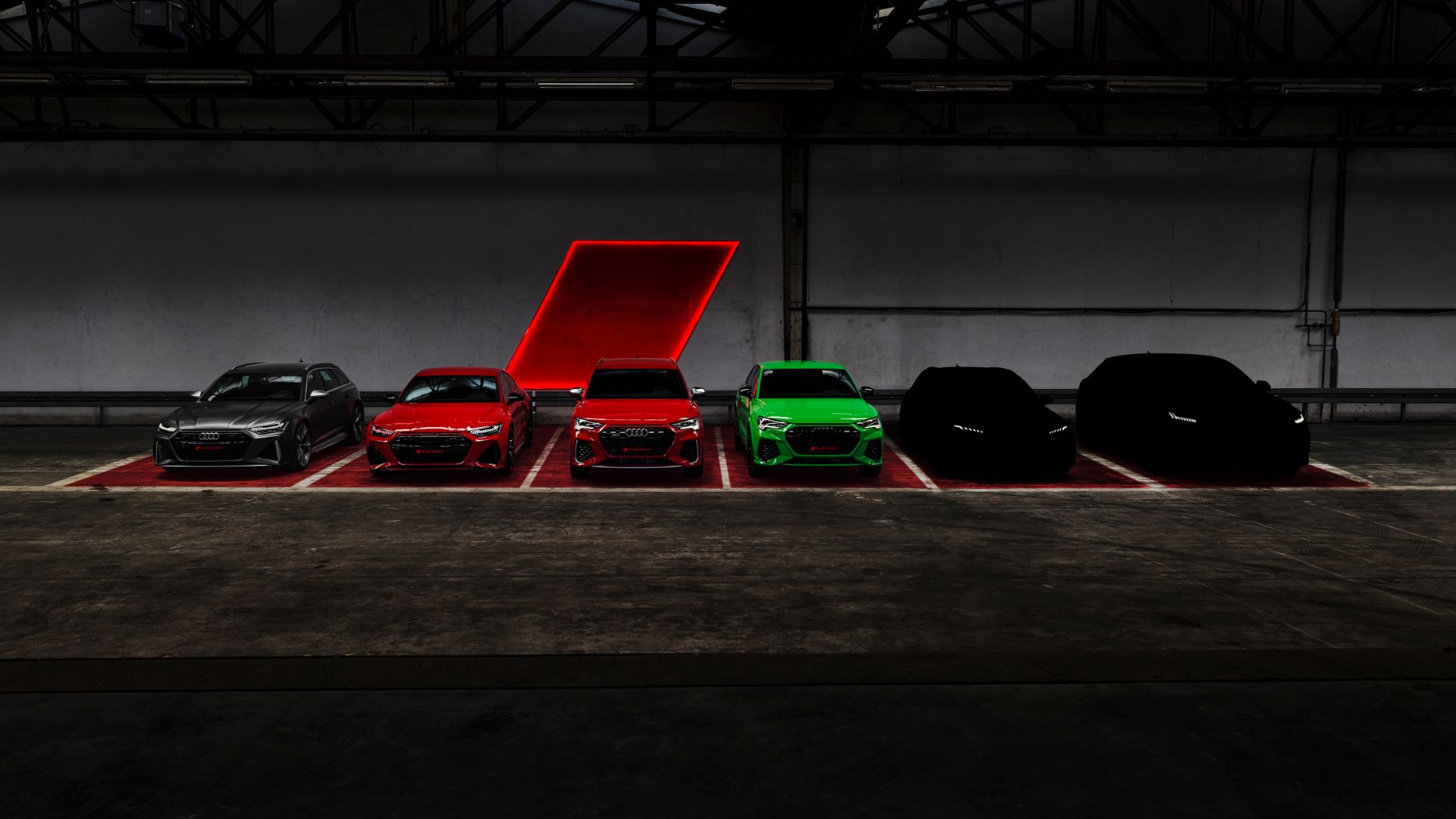 Speaking of which, the RS SUV train isn’t stopping any time soon. If commonly-spotted prototypes are any indication, an RS version of the Q8 is next on the docket for 2020.