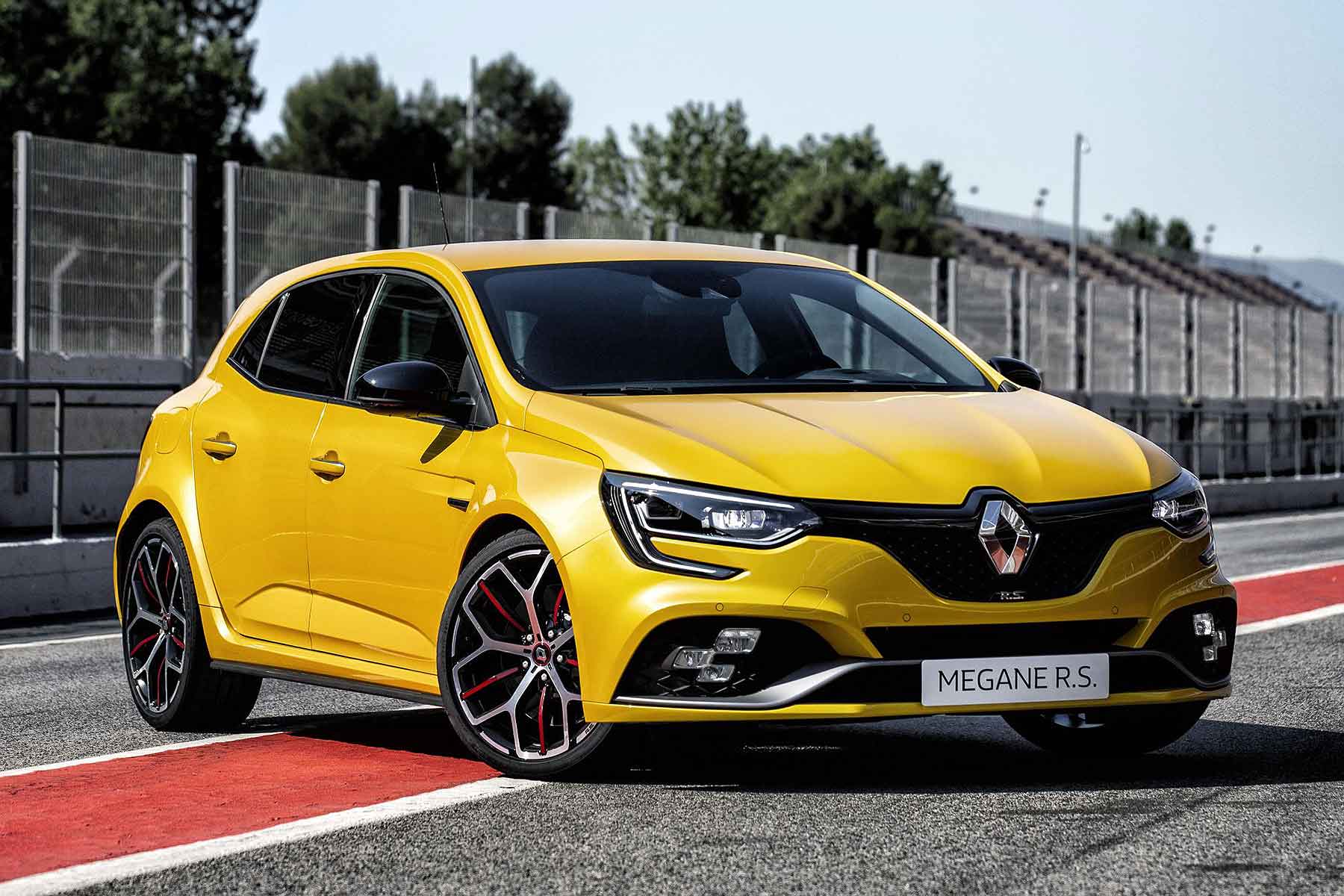 Renault has crowned its latest Megane hot hatch range with the new Megane R.S. Trophy – which, at 300hp, becomes the most powerful Renault Sport model ever launched by the firm’s crack performance division. 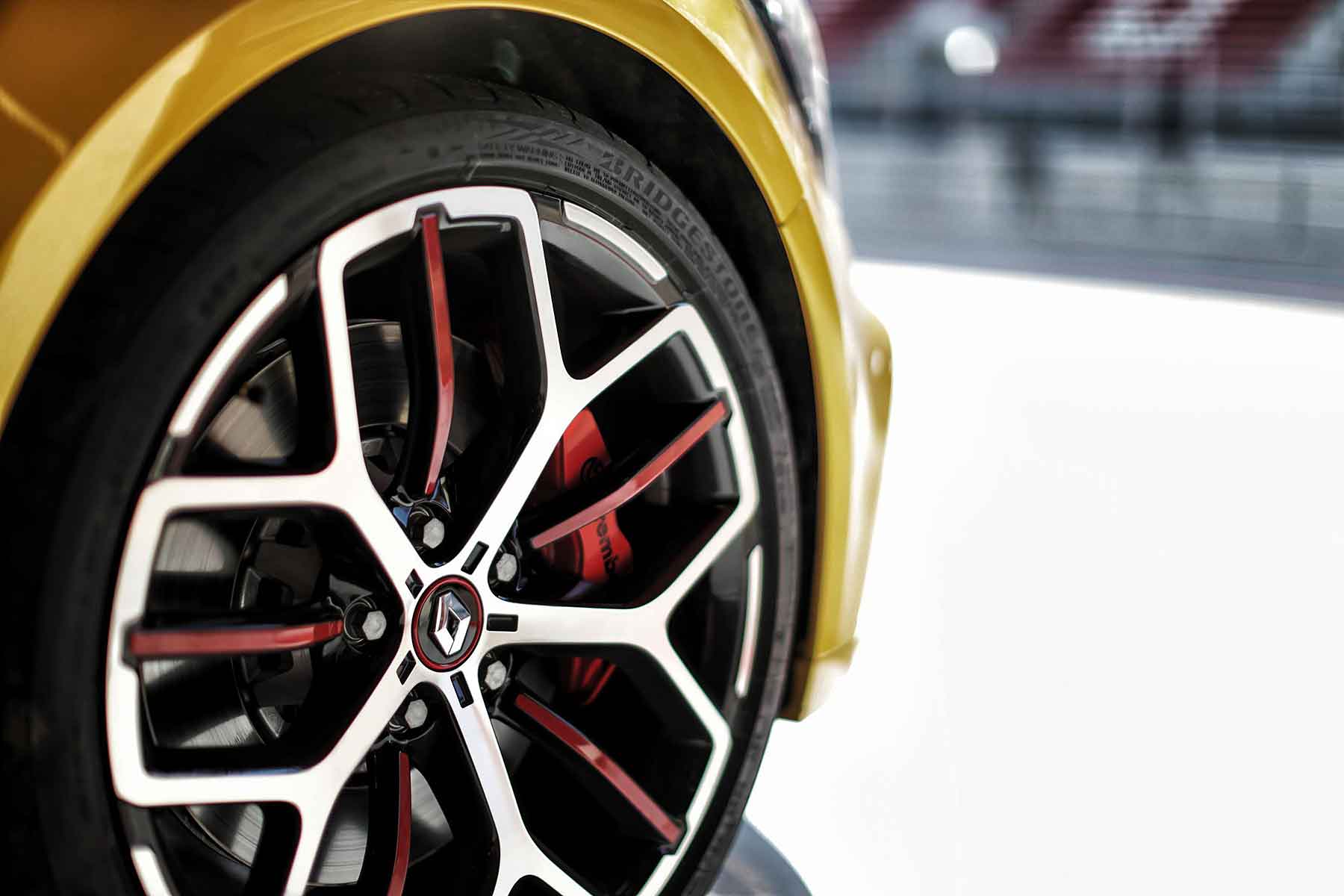 Ultra-lightweight alloys can be optioned, reducing the car’s unsprung weight by a significant 8kg. Available from next year, these wheels will come with Bridgestone Potenza S007 tyres, developed specifically for Renault Sport and giving the Megane R.S. Trophy more direct steering, more grip and “greater durability” in performance driving.

Renault says the engine power has been boosted not through a simple ECU tune-up, but by fitting a bespoke turbo that uses tricks it’s learnt from its F1 programme. The turbine rests on a ceramic ball bearing, which reduces friction and makes the car more responsive: 0-62mph in 5.7 seconds proves its potency.

There’s also a new exhaust system with a mechanical valve in the rear silencer to alter the engine note – the first time a hot Megane has had such a system.

Both manual and EDC dual-clutch gearboxes are offered (the EDC has a little more torque than the manual, although both have improved pulling power over the regular car). 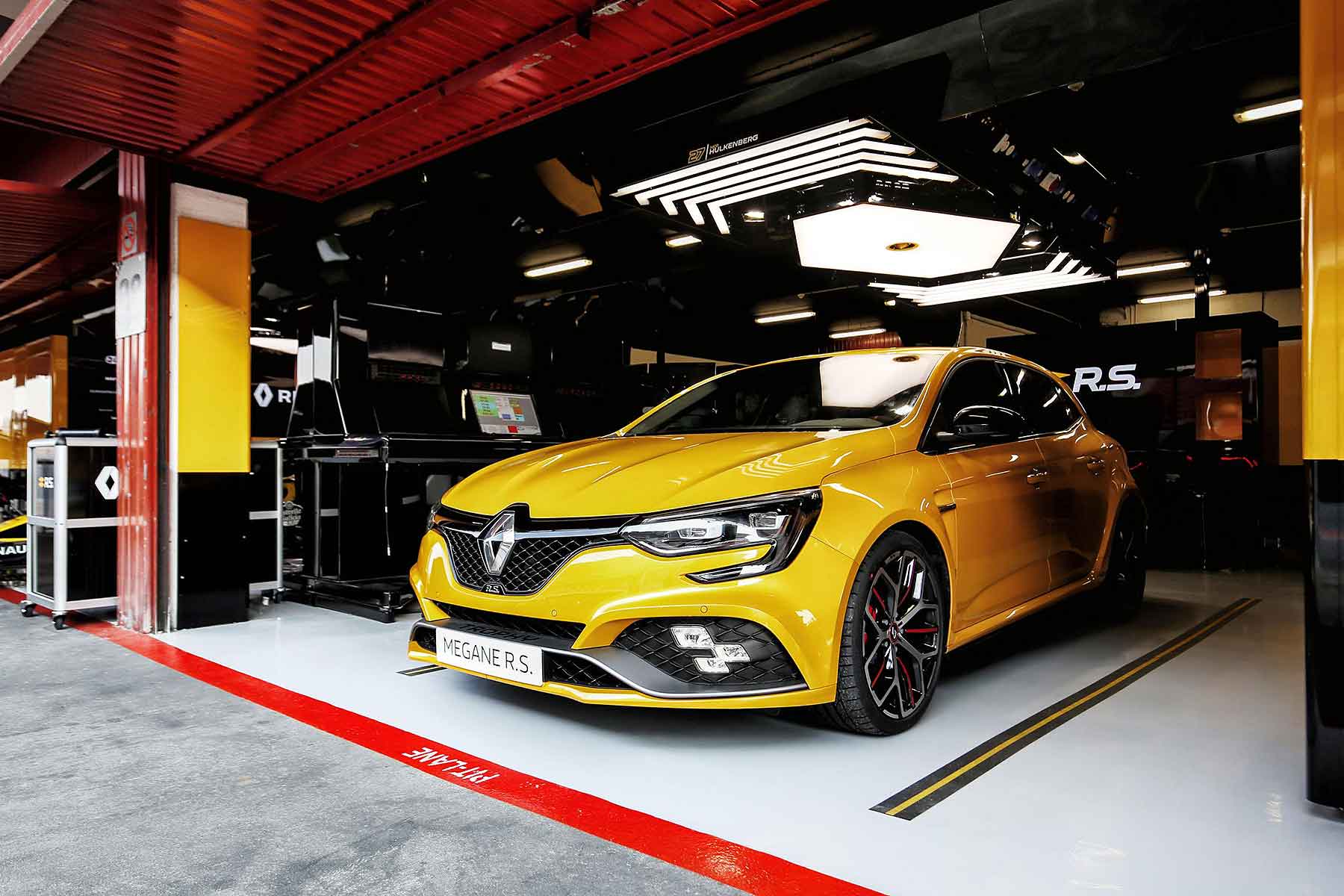 The Megane R.S. Trophy is offered in a vibrant Liquid Yellow paint, along with the other colours regular R.S. come in. It also stands out through its 19-inch Jerez alloys, and ‘Trophy’ branding added to the F1-alike blade in the front bumper.

Inside, Renault offers optional Recaro seats, which can be positioned 20mm lower than the regular car. They’re clad in Alcantara for a racy feel and have a hard-shell design that mimics a racing car bucket seat. 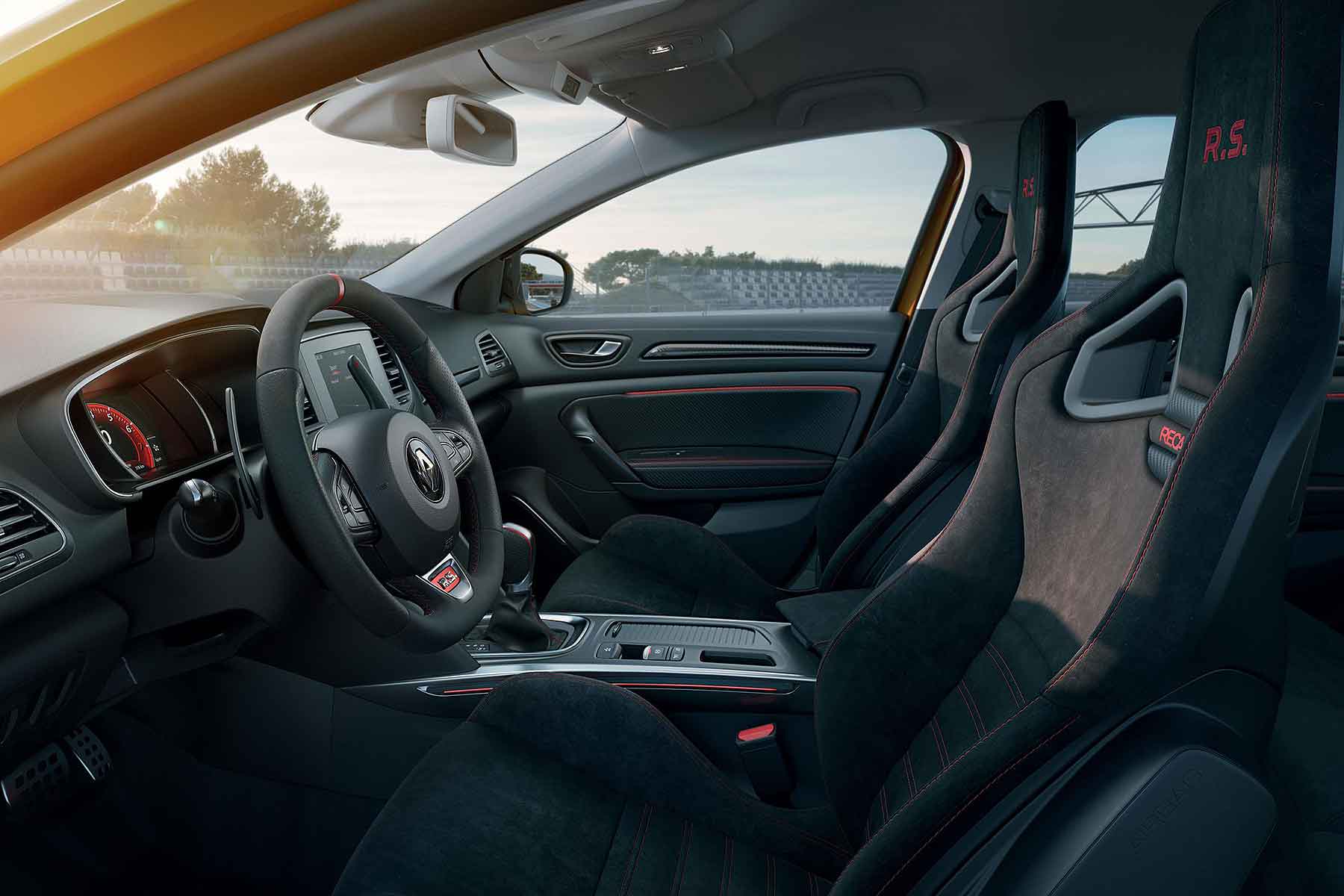 Renault Sport F1 driver Nico Hulkenberg has been involved in the development of the Megane R.S. range since last year.

“Each of the new features on New Renault Megane R.S. Trophy offers greater sports performance and feel,” he said. “It’s obviously positive to have more power and better grip through the tyres and to benefit from improved braking endurance.”

Oh, and he’s certainly impressed by those Recaros. “I enjoyed the feeling offered by the new seats: the support they provide for sports driving is excellent.” 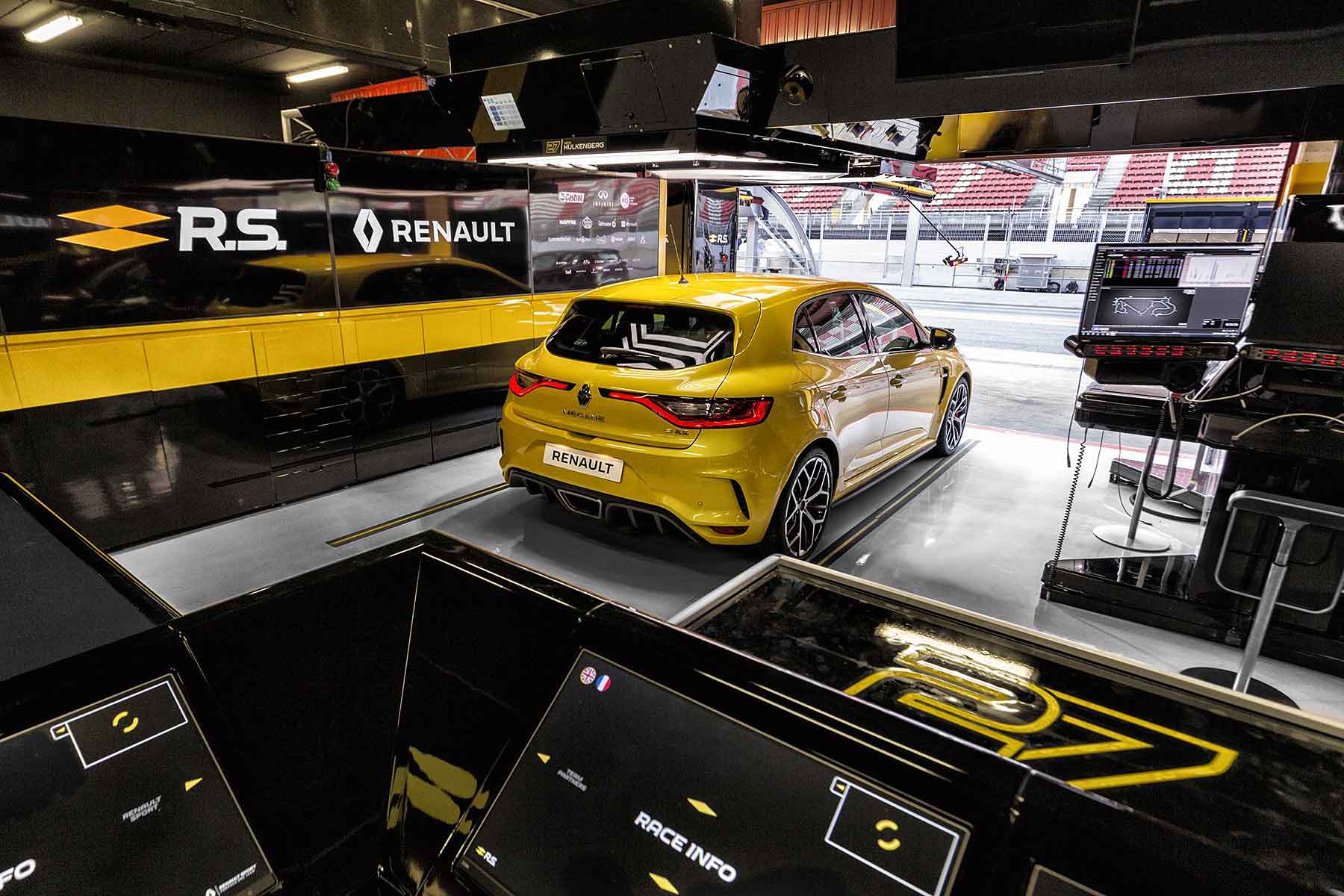 Pricing for the new Renault Megane R.S. Trophy will be confirmed nearer to ordering opening in the autumn; first deliveries are expected from the winter.