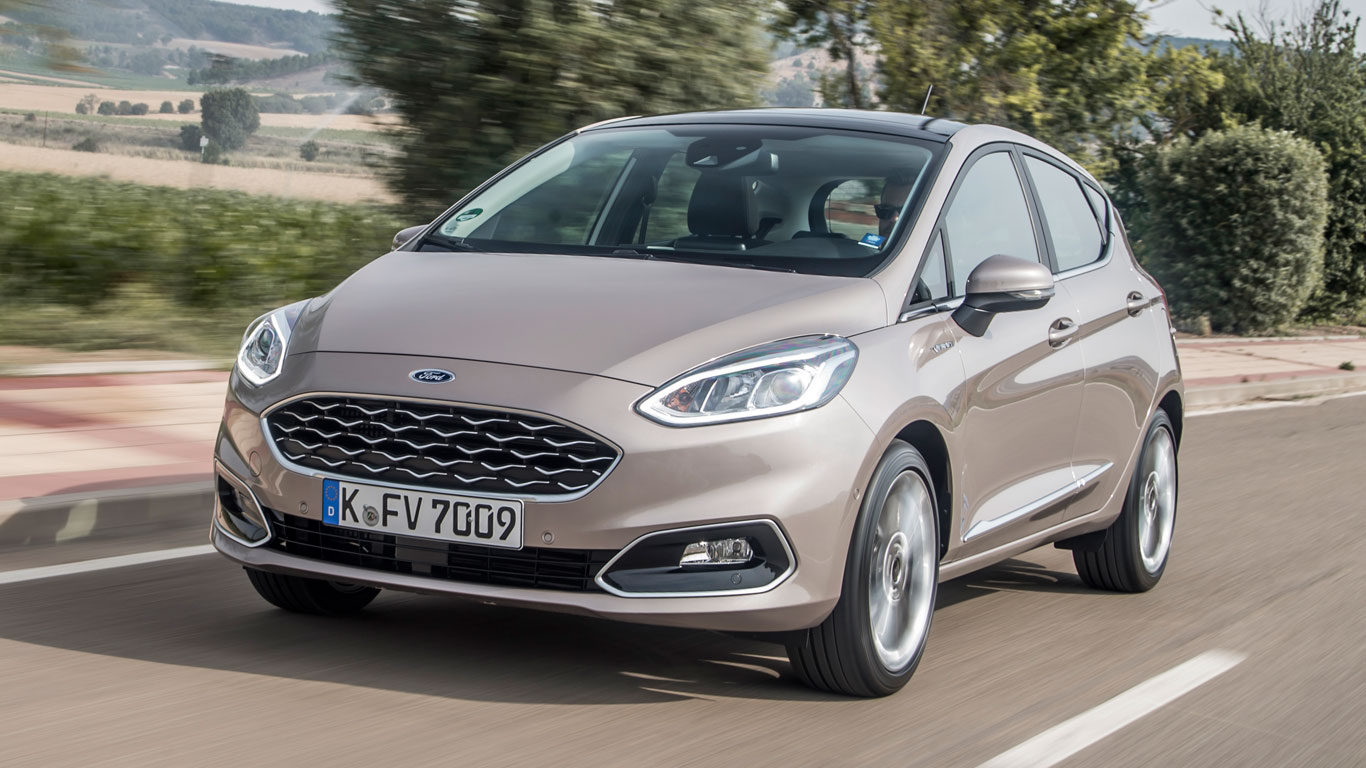 With the launch of the seventh-generation Fiesta, Ford is giving it the Vignale treatment. That means a plush interior, with quilted leather seats, a premium audio system and various soft-touch fabrics – while the exterior features splashes of chrome and bespoke 17- (or optional 18-) inch wheels. But there’s a sting – this upmarket Fiesta starts at £19,345 for the 125hp 1.0-litre Ecoboost, rising to £21,225 for the 1.5-litre TDCi. That’s a lot of money for a Fiesta – but we reckon it could be worth every penny. Here’s why. 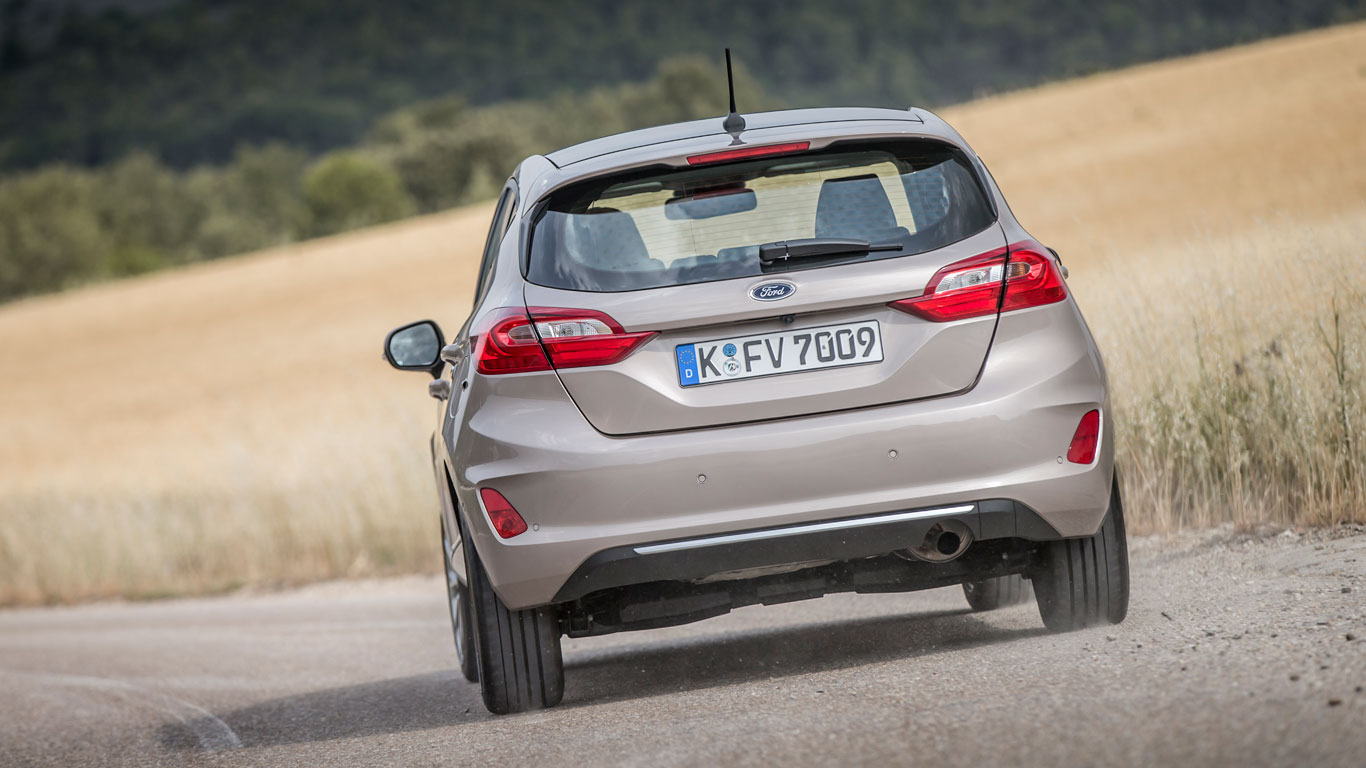 The Ford Fiesta has always enjoyed a reputation for being the best handling supermini on sale, and enthusiastic drivers will be pleased to hear that this remains the case for the new model. A 30mm wider front track and a 4mm longer wheelbase, combined with a lighter anti-roll bar contribute to an even more agile supermini, boasting an impressive 10 percent more cornering grip (it wasn’t exactly lacking in this department before). It won’t matter for most customers – but those buyers who enjoy a sporty driving experience will be just as satisfied with the Fiesta as they were before.

We tried the Vignale with the 140hp 1.0-litre Ecoboost engine (also available in 100hp and 125hp guises), as well as the 120hp 1.5-litre TDCi diesel is the lesser Titanium trim.

Private buyers would be better opting for the petrol, unless they cover really high miles. It’s a lively, characterful engine in the higher power outputs – providing the typical three-cylinder thrum as you’d expect as the revs are loaded on, but perfectly refined when driven sensibly. Refinement has clearly been a key area of improvement with the new Fiesta. It feels like a much bigger, almost premium car – but surprisingly, in Vignale guise, some of that refinement is lost thanks to the large alloy wheels transferring lumps and bumps into the cabin, and the standard panoramic sunroof creating a degree of extra wind noise at speed.

But does the Vignale feel premium? 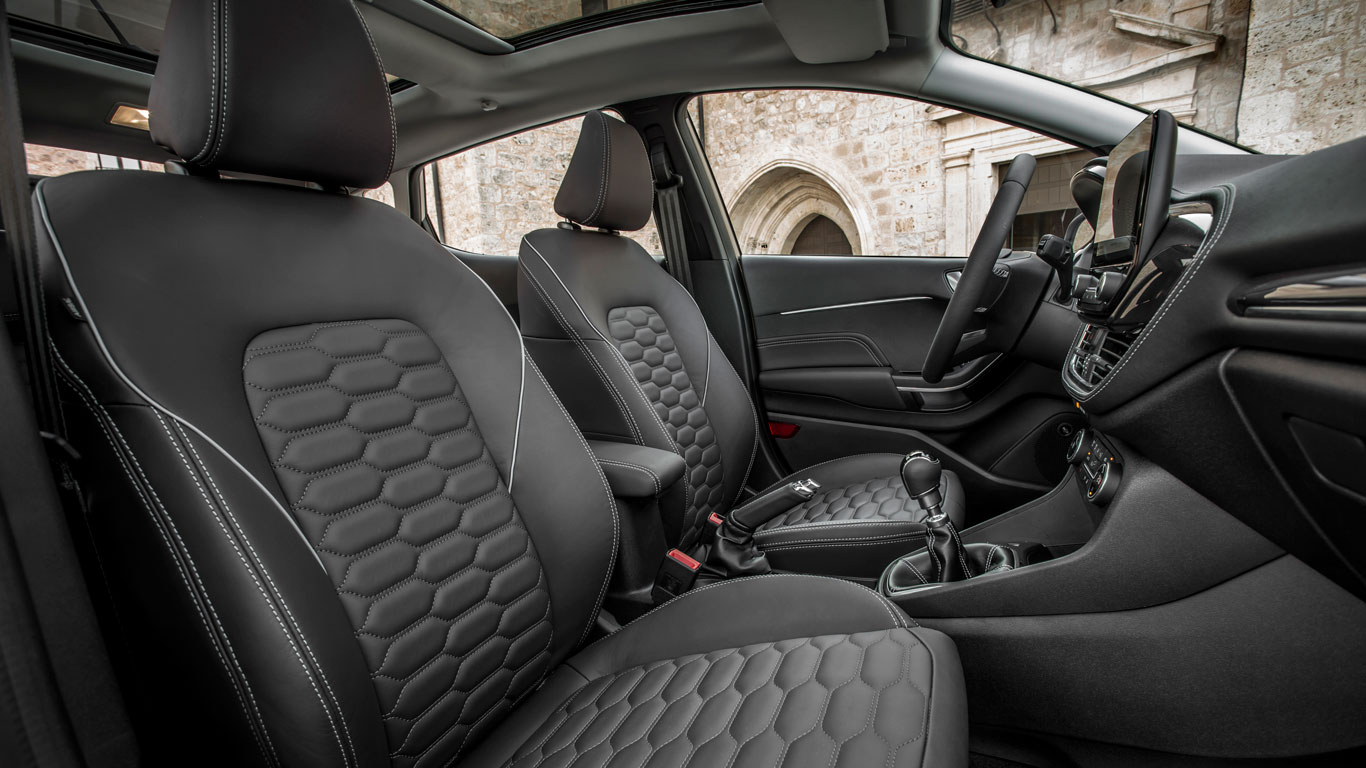 We’ve been a little cynical about the Vignale brand so far. When we first drove a Vignale model, it was the Mondeo – which we complained didn’t feel special enough for the near-£30,000 start price. Complaints included a shortage of Vignale badges in the cabin (if you’ve spent more on a designer label, you want to be told about it all the time, right?), while the addition of upmarket materials made the hard plastics look a bit naff. Even the Sony-branded stereo, while sounding very good, took away from the premium feel of the car.

The Fiesta Vignale includes a B&O Play sound system which includes nine speakers dotted around the car, plus a boot-mounted 200mm subwoofer replacing the spare wheel (you’ll get a repair kit instead). Ford says its engineers spent a year trialling more than 5,000 tracks from Adele to Jay-Z to ensure its premium sound system is up to the standards picky Vignale customers would expect. It sounds brilliant – with next to no distortion at high volume – and a selectable surround sound profile completes the experience. If you’re a big music fan and can’t justify a higher-end Fiesta with the upgraded music system included, we’d highly recommend spending the £300 – £600 (depending on whether you want sat-nav or not) to select it as an option.

Ford says it has concentrated on improving small areas that improve a driver or passenger’s experience of the car. For example, the Vignale’s lovely leather seats have been designed to resist coffee spills and the dye from a new pair of jeans. Robotic buttocks ‘sat’ in the seats 25,000 times during testing to test their durability, while the doors now take 20 percent less effort to close.

These things add up… and we’re not finished. Customers of the outgoing model complained that the wipers didn’t reach enough of the windscreen, so now they’ve been redesigned and cover a 13 percent bigger area. Even the fuel filler cap has been tweaked to reduce spillage.

Most of these improvements have been made across the entire Fiesta range – and it’s true that the Fiesta now feels a classier product than before, no matter which trim level you select. But spending more than £20,000 on possibly the most upmarket supermini available doesn’t seem daft, either.

While the interior of the standard Fiesta is hugely improved over its (almost woeful) predecessor, the Vignale could comfortably lose the Ford badges and compete with the likes of the Audi A1. In fact, we’d go a step further and say it feels more premium than the Audi A1. Sure, if you look very closely you’ll find the odd reminder that you’re in a Fiesta – the plastic on the door panels is a little hard, for example, while the switchgear is unmistakeably Ford. This doesn’t detract from the overall sense that you’re driving a premium product, however.

Is the infotainment system better than before? 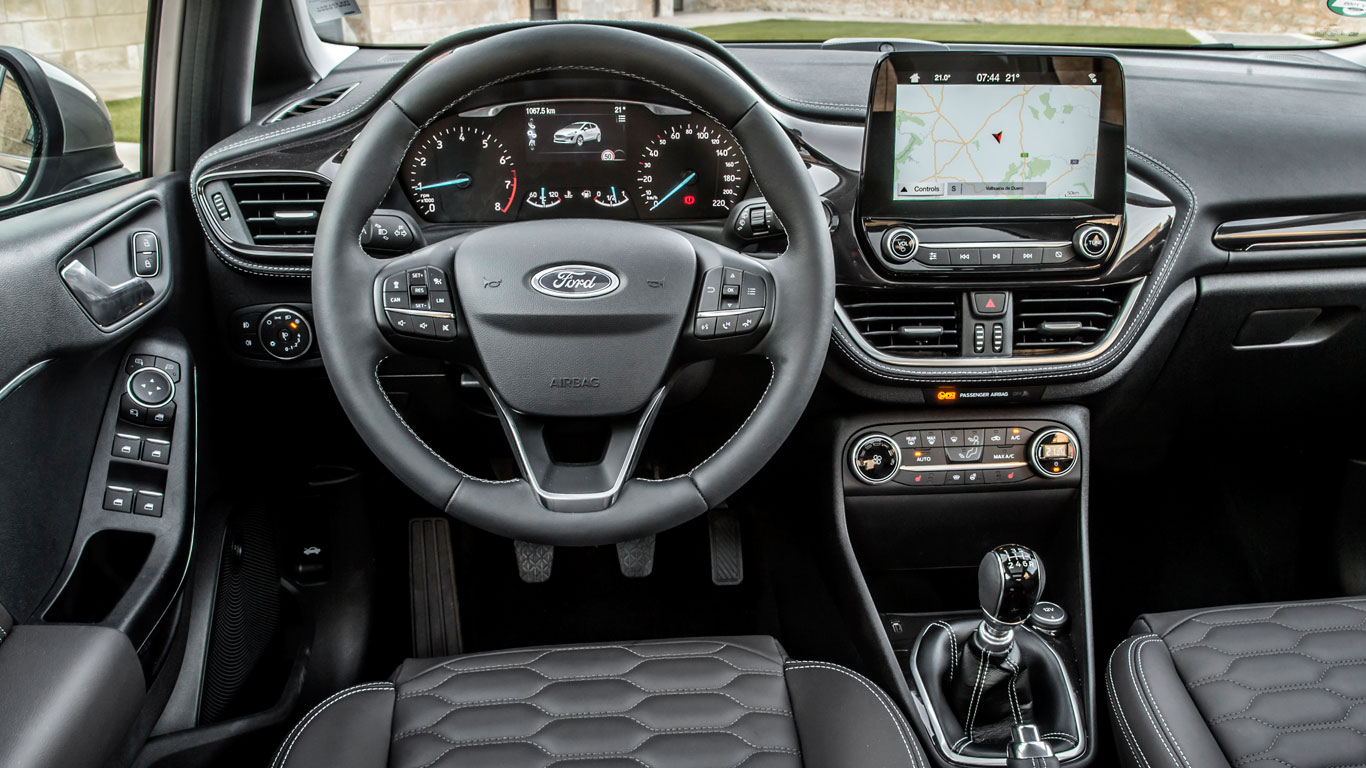 Massively. While Ford has always lagged behind the times in terms of infotainment (remember that tiny, blue screen hidden in the dash of the outgoing Fiesta?), the new model’s eight-inch system (standard on Titanium X and Vignale) is leagues ahead and could even claim to be one of the best on offer in a supermini. It’s quick and easy to use, with no lag and clear directions from the sat-nav. Connecting your phone takes very little time at all, while Apple CarPlay and Android Auto is available across the range.

If we were being critical, not everyone will be a fan of the ‘stuck on the dash’ look that Mercedes started, but there are worse things to be doing than following trends started by the premium German manufacturers.

Most people will struggle to justify spending top wack on a Fiesta with all the frills. But – and this is a first for any Vignale we’ve driven – you probably won’t regret splashing the cash if you’re in a position to do so. It doesn’t feel like a Fiesta, it feels like a premium model with all the kit of a much bigger (and more expensive) car.

If you can’t stretch to a Vignale, the rest of the new Fiesta range is equally likeable. The best traits of the previous car – its excellent chassis, impressive engines and good value for money – have been built on, with the Fiesta finally boasting an interior deserving of its ‘Britain’s favourite car’ title. Some will find the design a little underwhelming – but with a million examples of the going model sold in the UK alone since 2008, Ford was always going to play it a little safe.

We’re sure the Ford Fiesta will continue to outsell everything else in Britain in 2018 – and we can honestly say it fully deserves to.